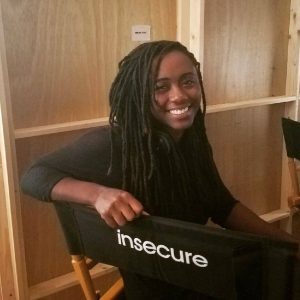 Today we’d like to introduce you to Nicole L. Thompson.

Nicole L., let’s start with your story. We’d love to hear how you got started and how the journey has been so far.
A director and screenwriter from Newark, NJ, I am the founder of Dream Factory Productions. During the past five years that I have lived in Los Angeles, I have directed 8 short films and written 2 feature scripts. I give glory to God for the opportunity to share my work with others. I am very blessed to have screened my films and won various awards at film festivals (including the Grand Jury Award and Best Screenplay Award). My most accomplished project is my USC Master of Fine Arts thesis film Blackbird.

Blackbird, which is now on tour at film festivals across the country, is about a young woman who is torn between two worlds: her day job cleaning planes and her dream of becoming a pilot. When she takes steps to pursue aviation, she is met with resistance, and must fight against the odds to get her wings. This film is a proof of concept for a fully written feature script. I am actively looking for financing and collaborators for this film. The story for the film was inspired by my grandmother who worked many years cleaning planes and also by Bessie Coleman, the first Black female pilot.

All in all, living the life of an independent filmmaker in Los Angeles is a challenging adventure, but it is a journey I am happy to be on as I pursue a career to become a director of feature films and television shows. Most recently, I was selected out of hundreds of director applicants to be a 2019 DB Frieze LA Film Fellow. With the fellowship, I directed an animated short film titled Between the Pages that premiered at Paramount Pictures Studios in the Frieze 2020 Showcase.

My journey into the film industry was a long and arduous path. From a young age, I developed a passion for television and filmmaking. At age 13, I began taking filmmaking classes at a local television studio in Newark through NJIT’s pre-college program. It was there that I was introduced to the possibility of working in TV and Film as a career. I was fortunate to graduate Valedictorian from high school while extending my learning at Malcolm X Shabazz High School to include their Video Production Academy, and working afterschool as a cinematographer on a public access television series called the Homework Hotline Show.

I earned a Bachelor of Art from The College of New Jersey where I majored in Communications Studies with a concentration in Radio/TV/Film and studied filmmaking for a semester at Northumbria University in Newcastle Upon Tyne, England. My undergraduate education ended with an internship at NBCUniversal on the Ed Shultz Show and Brickcity TV LLC on the CNN Original Docuseries Chicagoland.

After undergrad in 2014, I was selected to come to Hollywood and be a TV Academy intern with the Emmy Foundation and the opportunity to work at Stan & Deliver Films. It is here I learned from Emmy Award winning filmmaker Stan Brooks and Development Executive Gia Ghadimian.

Following the internship, I wasn’t sure what was next for me or how to start my career. I applied to many jobs but nothing seemed to materialize. However, I knew I still wanted to learn more. As a result, I enrolled in Semester at Sea, where I took classes and traveled on a ship to over 14 countries around the world in 115 days. To date, I have traveled to over 25 countries, comprising five continents. While volunteering in the communities of Nicaragua, India, Vietnam, Mexico, South Africa, etc., I captured my travel journey in a video blog. Amidst traveling, I interned at the Cannes Film Festival with the Creative Mind Group. While in Cannes, I received the call that I was hired to work at SAG-AFTRA.

Hence I returned to LA and began my career at SAG-AFTRA working in the Communications and Marketing Department as a Digital Strategies Production Coordinator, where I served as an in-house cinematographer and editor. While at SAG-AFTRA I filmed panels, interviews on the red carpet, and behind the scenes footage for the 22nd SAG Awards. I also filmed interviews of Kerry Washington, Carol Burnett, Mayor Eric Garcetti, and much more. In the years to come, I departed to pursue a MFA at USC and create films. Studying at USC was one of the best decisions I ever made. It truly helped me become a better filmmaker and meet lifelong collaborators.

In the fall of 2019, I was hired by SAG-AFTRA as a Creative Director and Producer. I was responsible for overseeing the creation and production of several videos for the department. I also was the lead Producer and Creative Director for the American Scene Awards.

In 2019, I graduated from the University of Southern California with a Masters of Fine Arts in Film & TV Production, where I focused on directing at the School of Cinematic Arts. At USC, I proudly served as the president of the African American Cinema Society for two years, which was founded by the late John Singleton. Since graduating, I continue to support the community by founding the Black Film Alliance which is an organization whose purpose is to curate film events, workshops, fellowships and opportunities. Our goal is to unite the black film community and to uplift the next generation of filmmakers.

Moreover, throughout my time in LA I have worked for many organizations and talented creators. While in my final year at USC, I was hired by NBA All Star Kyrie Irving to serve as his personal cinematographer capturing footage for his film premiere of his movie Uncle Drew and I’ve also directed segments for Kyrie’s 2019 All Star Weekend Highlights.

Now that I’ve finished film school, I have been participating in film fellowships and competitions. I was selected out of many directing applicants to pitch a project to ABC Executives, as an Ideas United ABC Women’s Initiative Top 10 Finalist. The project I pitched received very good feedback from the ABC Executives.

Currently, I am being mentored by award-winning filmmaker Nina Yang Bongiovi with her nonprofit, Metta Collective’s mentorship program. With the mentorship program, I was able to shadow on the set of the feature film Passing with Significant Productions.

Has it been a smooth road?
As an independent filmmaker, the journey has been up and down. Some lessons I’ve learned is you have to keep creating, keep problem solving, and keep promoting yourself. You have to be your biggest advocate. You also have to continue to showcase your work and meet new people as much as possible. Lastly, you should follow up with every person you meet because you never know what it can lead to.

Currently, I am raising money so that I can direct my first feature film. This has been a challenge because it is hard to acquire enough finances to pay for it without the support of financial backers. However, I am working hard to find ways to make this possible.

If you would like to support me and my first full length feature film, please donate at:

We’d love to hear more about your business.
As an independent filmmaker I direct and write films. I also produce most of the content I create. After graduating USC, I launched Dream Factory Productions which is my company and brand for the films I create. I am also the founder of the Black Film Alliance which is an organization that curates film screenings, events, workshops and shares resources for fellowships/work opportunities.

If you have a film idea or need a director to bring your script to life connect with me.

To connect with me visit:
www.nicolelthompson.com

To connect with the Black Film Alliance:
You can reach us on instagram/twitter/facebook at @blackfilmalli

Is our city a good place to do what you do?
Los Angeles is the perfect location to create films because this city is filled with so much opportunity. I would highly recommend independent filmmakers to come to Los Angeles to work in the film industry. However, I suggest do not make the move until you have three month’s rent and living expenses saved. Give yourself a financial cushion as you are trying to find work. A dollar and a dream can take you here, but a well thought out financial plan can keep you here. 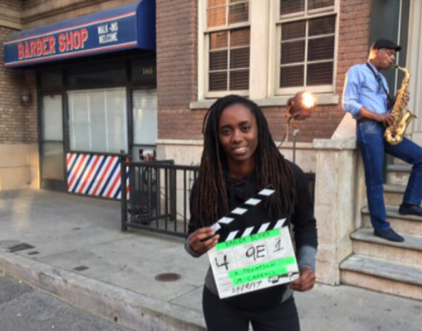 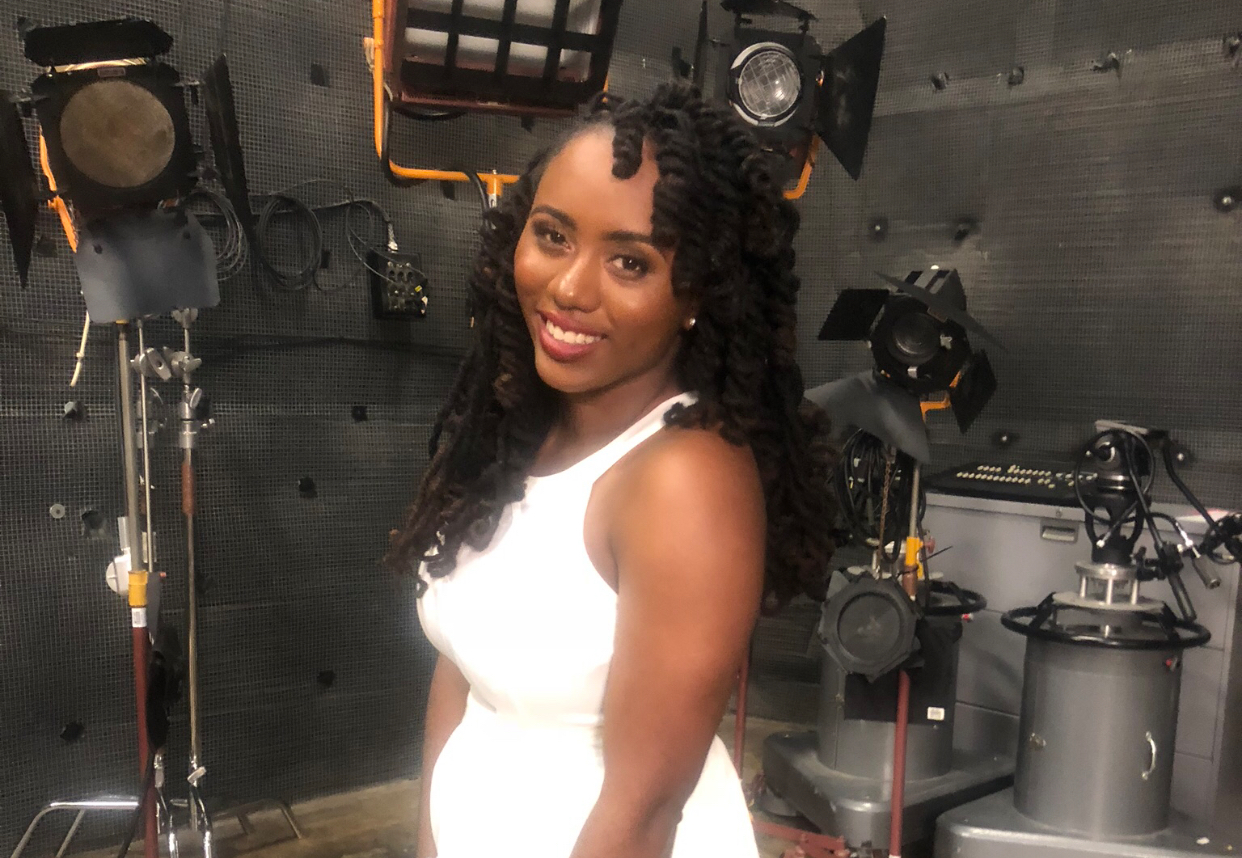 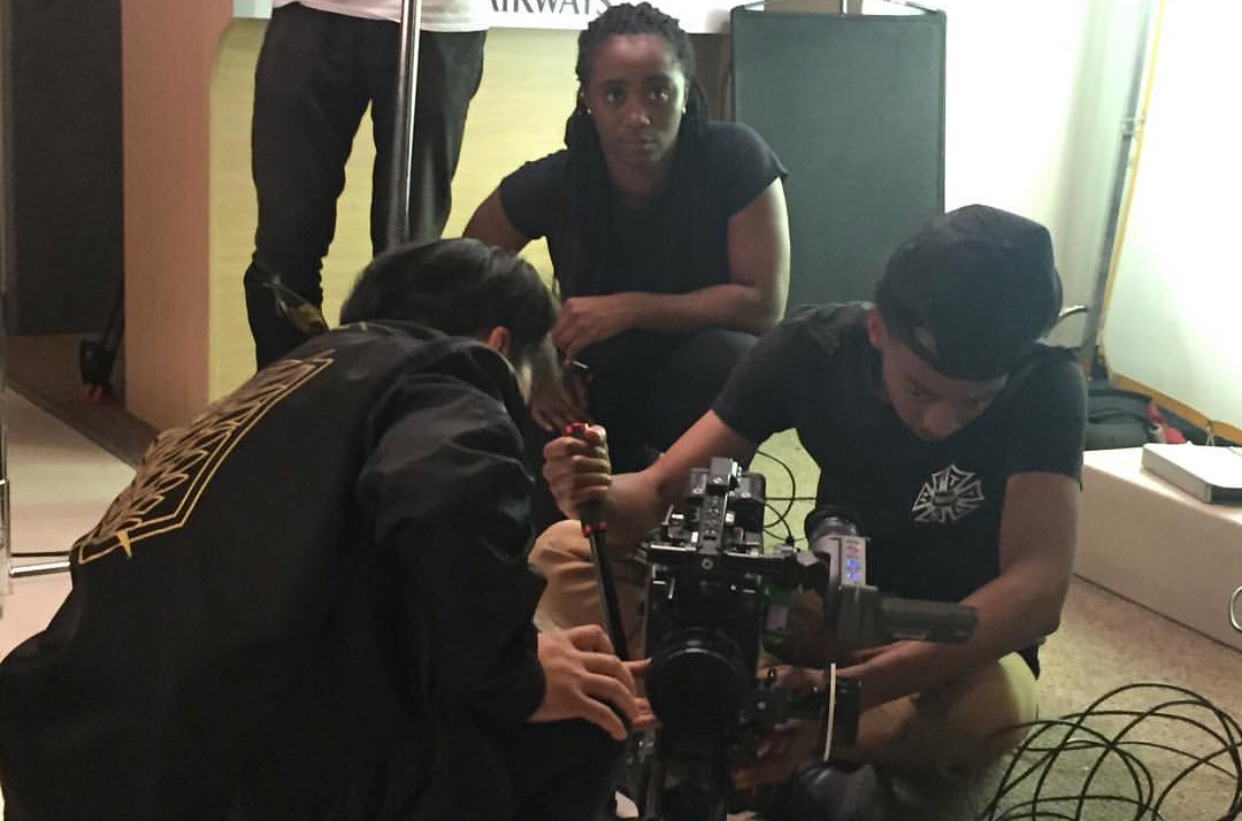 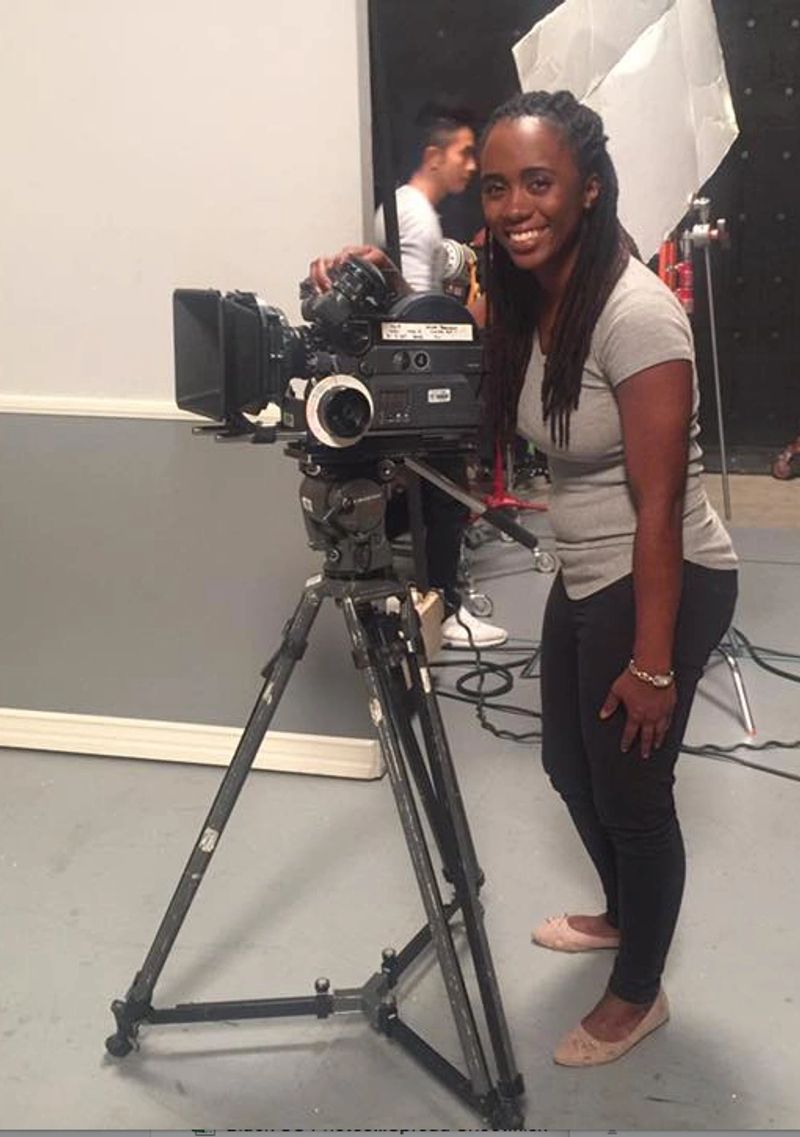 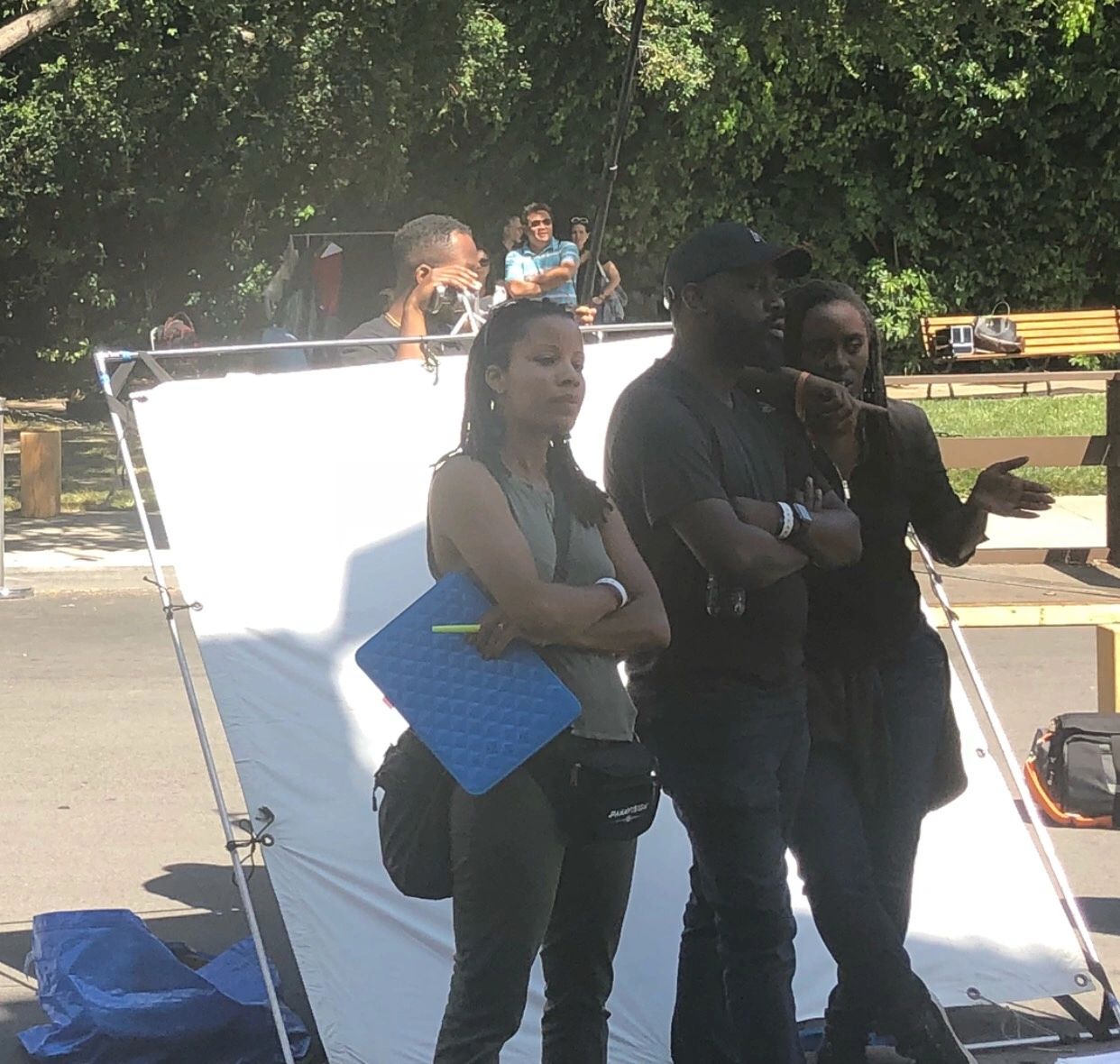 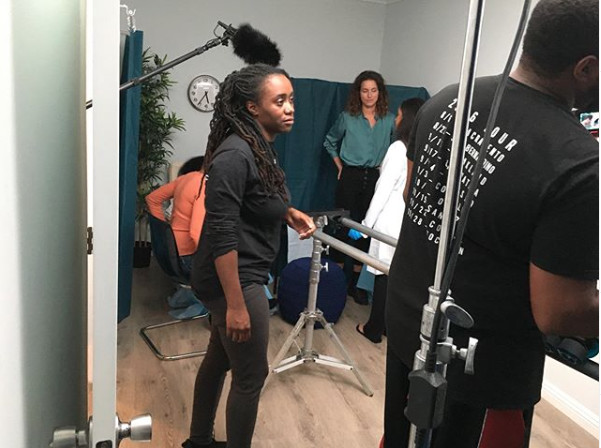 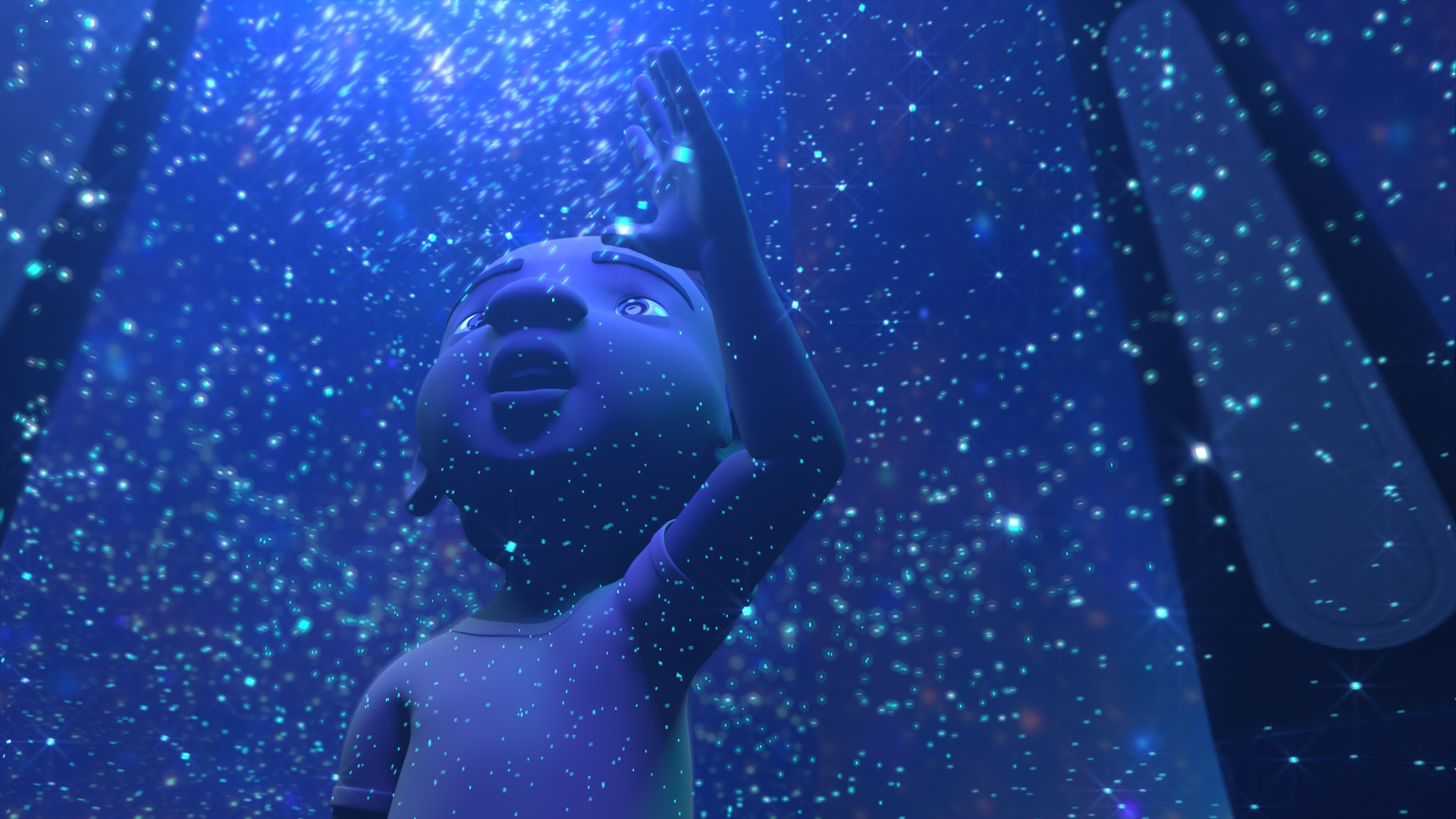 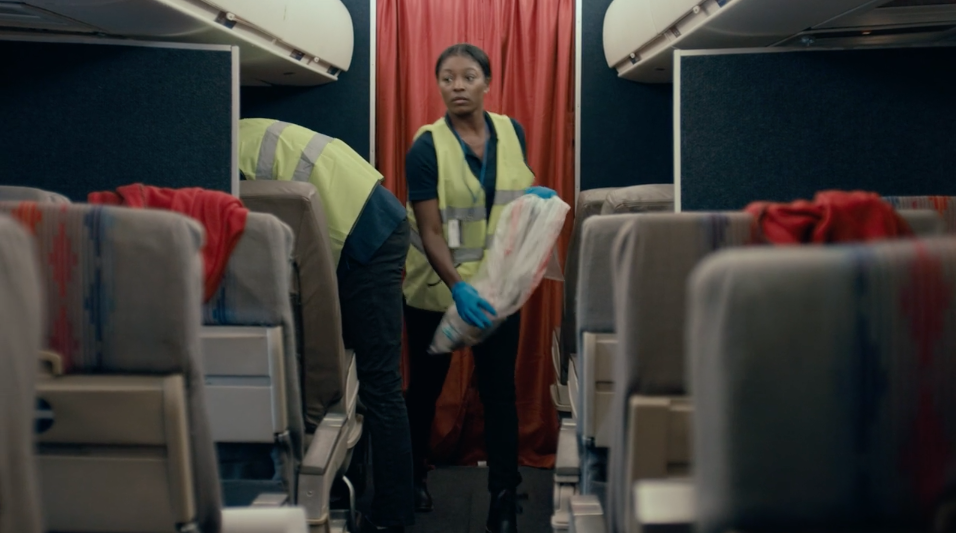