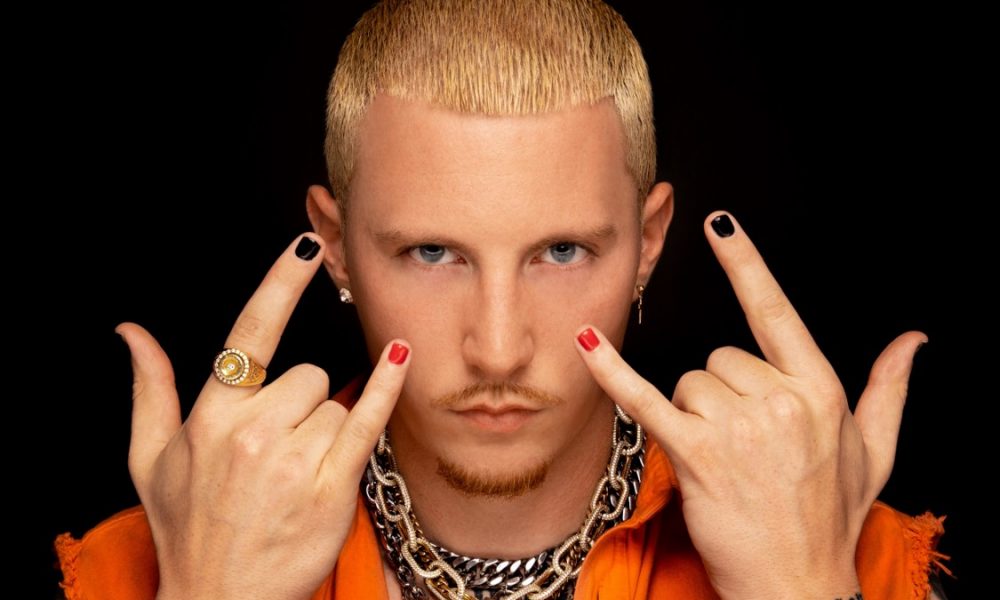 Today we’d like to introduce you to Nathan James.

Nathan, let’s start with your story. We’d love to hear how you got started and how the journey has been so far.
Growing up, my sister Kelly and I were born and raised in Denver, Colorado. My mom was an artist, she was a painter and a high school art teacher. My dad was an English professor at the University of Colorado and all I wanted to do was play sports and skate with my friends. I ended up getting a full-ride college basketball scholarship to play for Casper College in Wyoming. I had two knee surgeries that ended my basketball career. One my freshmen year and sophomore year. After my second knee surgery, this is when my career as an artist began.

I first started out hand painting shoes in my college dorm room in Wyoming. I would customize any shoes (mostly Jordan or Nike) with paint and do all sorts of designs/restorations on them or repaint them entirely. My teammates saw how I customized my shoes and then wanted me to paint theirs too. So depending on what they wanted me to do, I would charge them a price and that when I started making some money in college, I would charge anywhere from $150-$300. I called is “Nate’s Custom kix” Next thing you know, the whole town knew about it and my dorm room turned into a room full of shoeboxes waiting to be painted. I would stay up all night painting while my roommate slept and then go to class tired as hell come back, take a nap and do it all over again.

My mom knew I was doing this so she decided to send me an actual camera in the mail since there wasn’t much to do in Casper Wyoming she figured I could take some pictures of the landscapes in Wyoming, but instead I just used it to take before and after pictures of the shoes I painted.

Once the school year ended, I moved back home to Denver, Colorado to finish my last two years of college at Metro State University. I applied to be an “RA” in the dorm rooms so I could get free food and free rent they hired me and I continued to paint shoes but then I also wanted to start painting dope designs on fully nude women. At first, I didn’t know where I was going to find a girl who would be down to stand naked for six plus hours while I paint her, but then I thought “Strip Club” lol. So I went to the strip club and found a girl who was down to do it. After I painted her, a bunch of other girls from the strip club and Instagram hit me up and wanted to be painted too.

When I would get done painting the girls, I would take pictures of what I painted on them and that’s when I started to get into photography. I was out one night at a bar saw a pretty girl and said “Hey, I’m trying to be a photographer would be down to be my model?” She said yes, we did my first photoshoot that weekend. Next day after the shoot, I was out at another lounge and this lady named Roux Black stopped me and said “I love your outfit!” I was wearing this super super crazy yellow long sleeve shirt. She asked what do I do and I told her I’m a photographer. She then asked to see some work I’ve done and I showed her the photoshoot I did the other day. She was amazed and said I have got to hire you to shoot Mac-Miller when he comes to perform at Red Rocks. She asked If I’ve ever done anything like that before and I looked her dead in the face and said “Fuck yea!” like I’ve done that a million times lol. So she hired me for the job and I had one month before the concert shoot date and I had no idea what or how to shoot this. So I started to go into camera stores, watched YouTube videos, called people all that. Then I started to practice shooting on my friends and I would sneak into concert venues and night clubs to practice low lighting photography. I started to get good killed the Mac-Miller Shoot and meet another artist named Tory Lanez while doing it; he gave me his number and then next thing you know I was known as the go to guy for anytime a big artist came into town. This then leads into taking this more seriously and moving to LA to become a full-time photographer. Once I got to LA, I started to shoot more brands and fashion stuff.

I’ve been in LA three years now and I’ve shoot for anything and everything you can think of. I’ve shot for brands and artists both big and small. Justin Bieber, Post Malone, Vogue, Puma, Kylie Cosmetics, etc. Since being in LA, I’ve also just recently started to get into making music of my own. I have two songs out so far and both have music videos and the next thing I’m trying to become great is being the best music artist I can be and continue to do photography. My main goal is just to put more art into the world. I always tell people no matter what you’re going through, just make good art.

Has it been a smooth road?
Yes and no. All good things take time and all good things take lots of work. So be ready to live in a life of organized chaos. It’s all worth it. I love not knowing what tomorrow will bring, I live off that shit.

We’d love to hear more about your work and what you are currently focused on. What else should we know?
My company is all things that involve art creation. And what I’m most commonly known for is Portrait photography. I’ve become one of the best in what I do. Outside of photography, I’ve started to make music and I love it. I have two songs that I put out and am realizing a new song on all streaming platforms every six weeks with a music video too. What’s cool about what I do is there has never been a photographer ever to blend the art mediums of photography and music. Some of my songs are about the photographs I take and I end up making the song about what the photograph means to me and I’ll then use that photograph as the “cover art” for the song as well as name the song after what I named the photo. I did my first art gallery in October 2019 and it sold out eight times over the venue limit.

I named the collection “Nightmares” six photographs I took and all were named after different insecurities that I have gone through in my life. At the time, I was fresh out of a relationship with my ex-girlfriend so a lot of what I named the pieces had to do with feelings or insecurities I felt when I was dating her and after we were broken up. You can shop the prints on my website at shopnathanjames.com. I know no one else has ever done what I’m doing and a lot of people look at me as an artist who is very established which I am but they ain’t seen nothing yet. I’m just getting started I plan to do to even bigger things with the music and photography. Just wait and see.

How do you think the industry will change over the next decade?
I want to be known as a multi-talented artist. In the next 5 to 10 years, I wanna make sure I grow each year and make good art. If I can do that, then I will have won in my eyes. 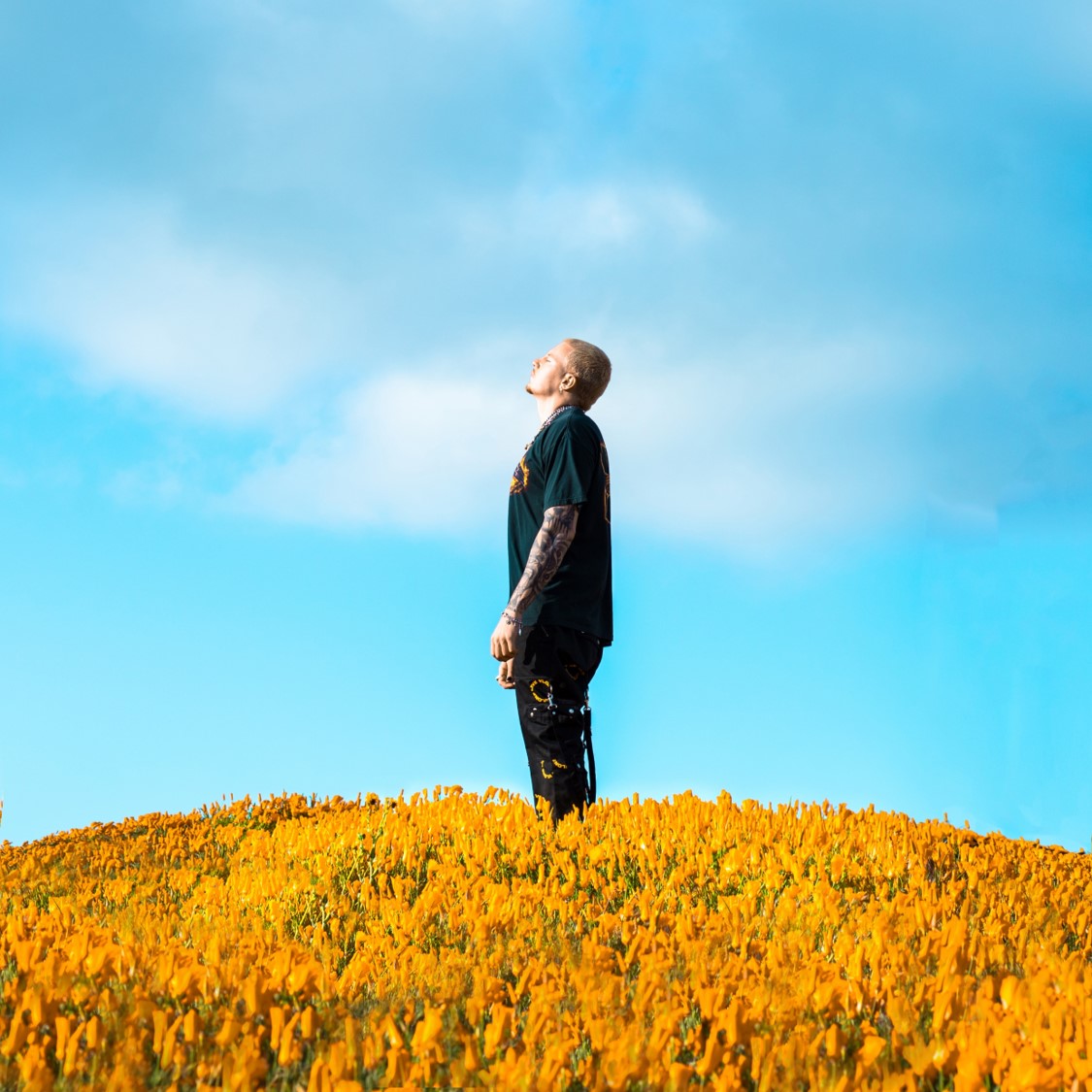 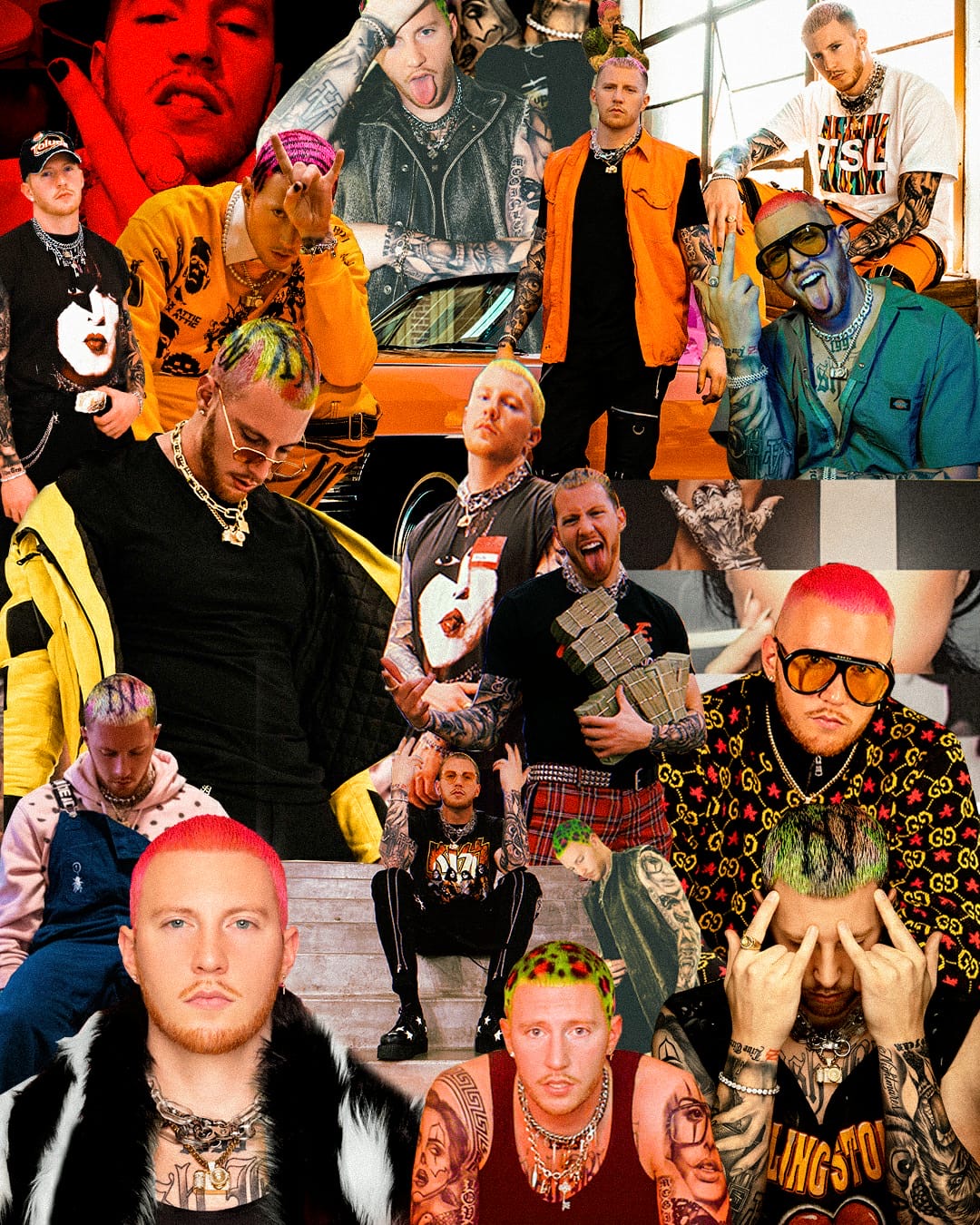 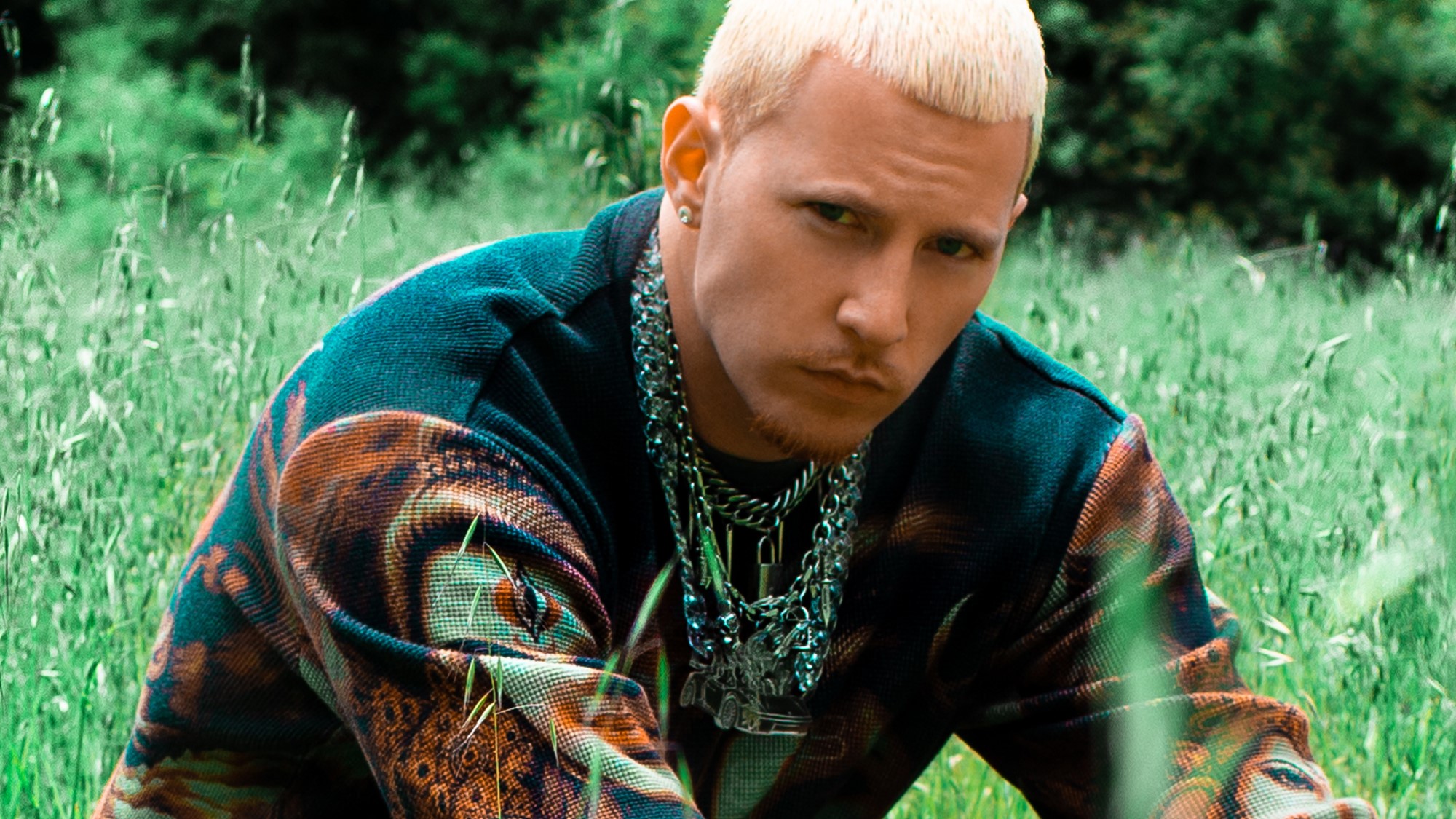 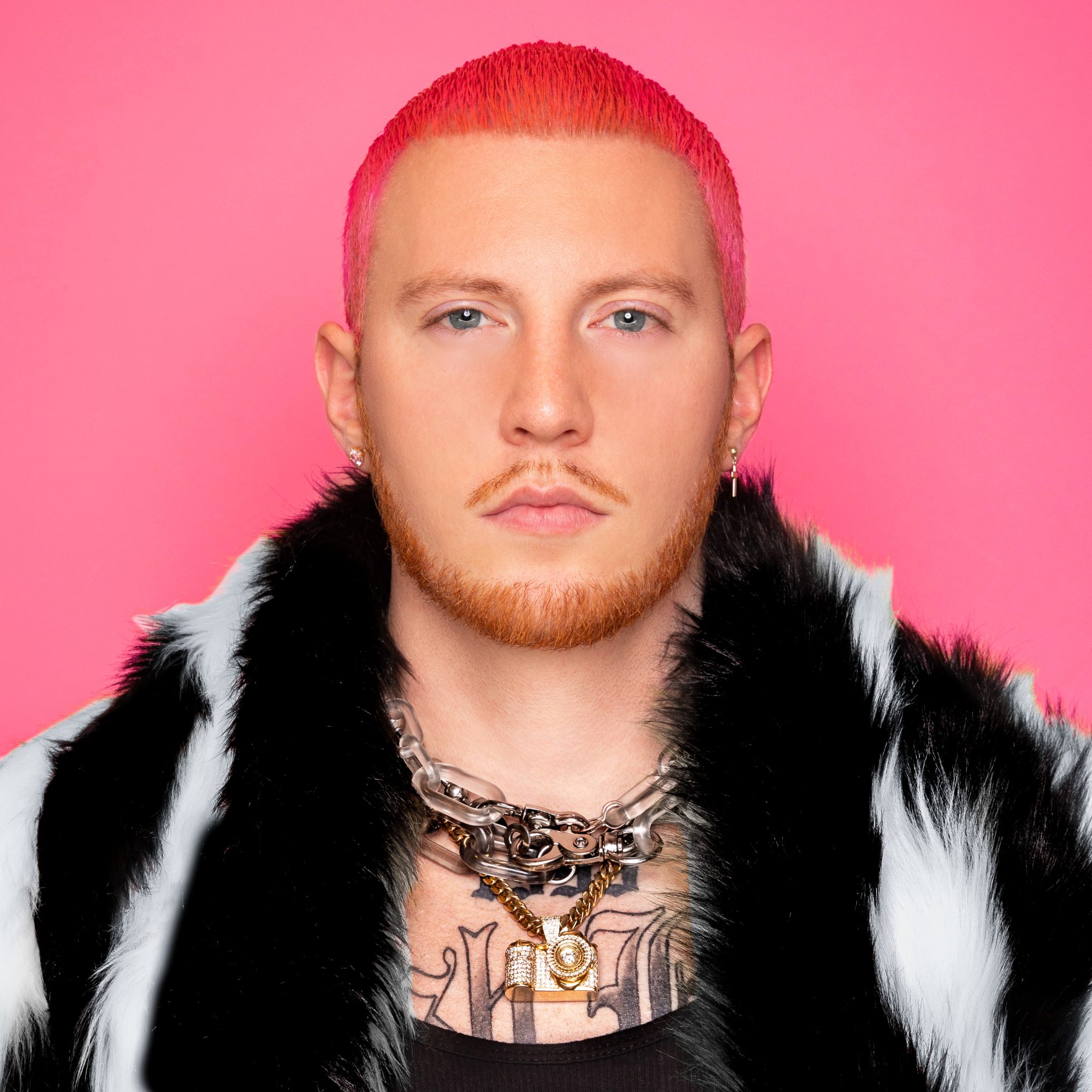 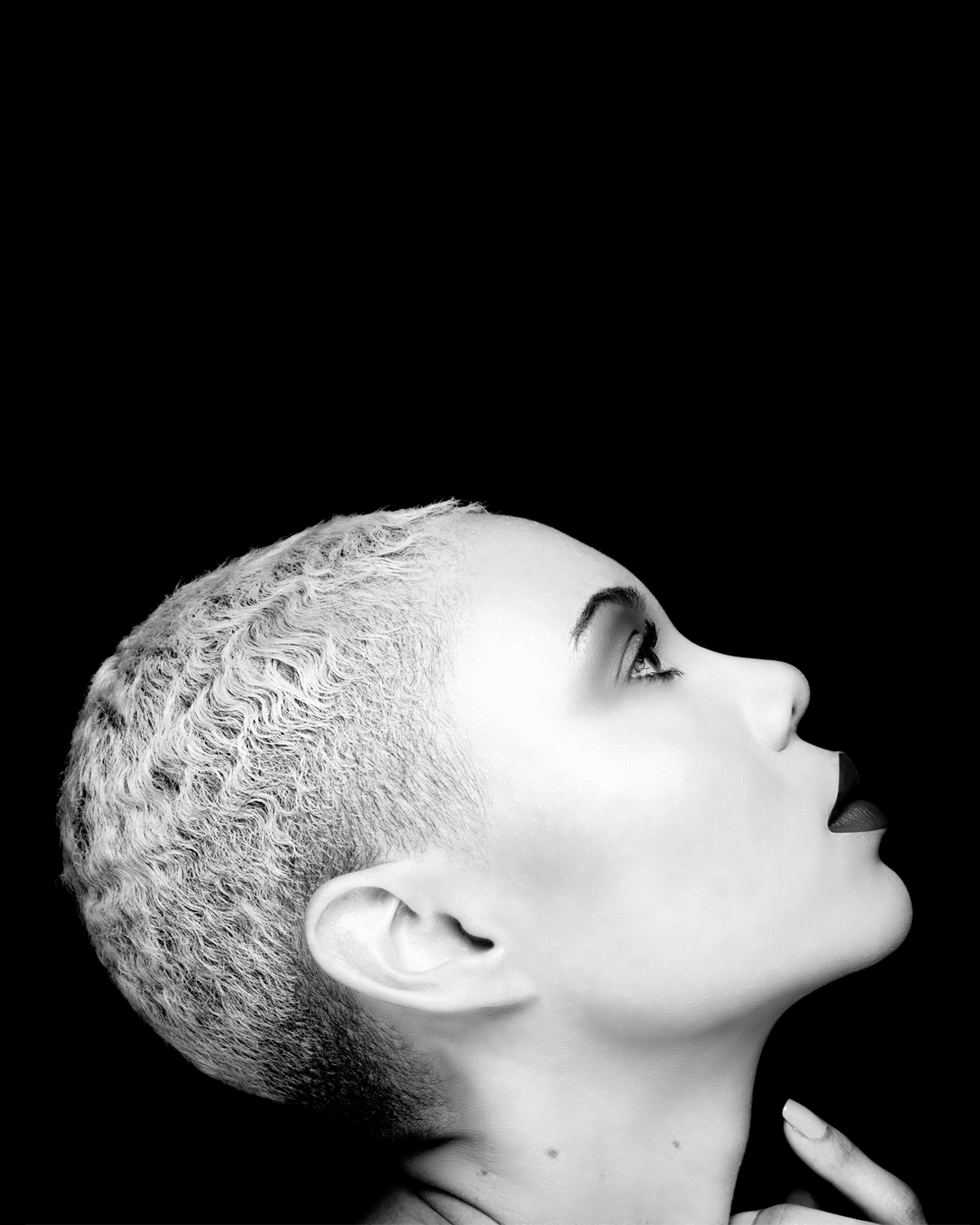 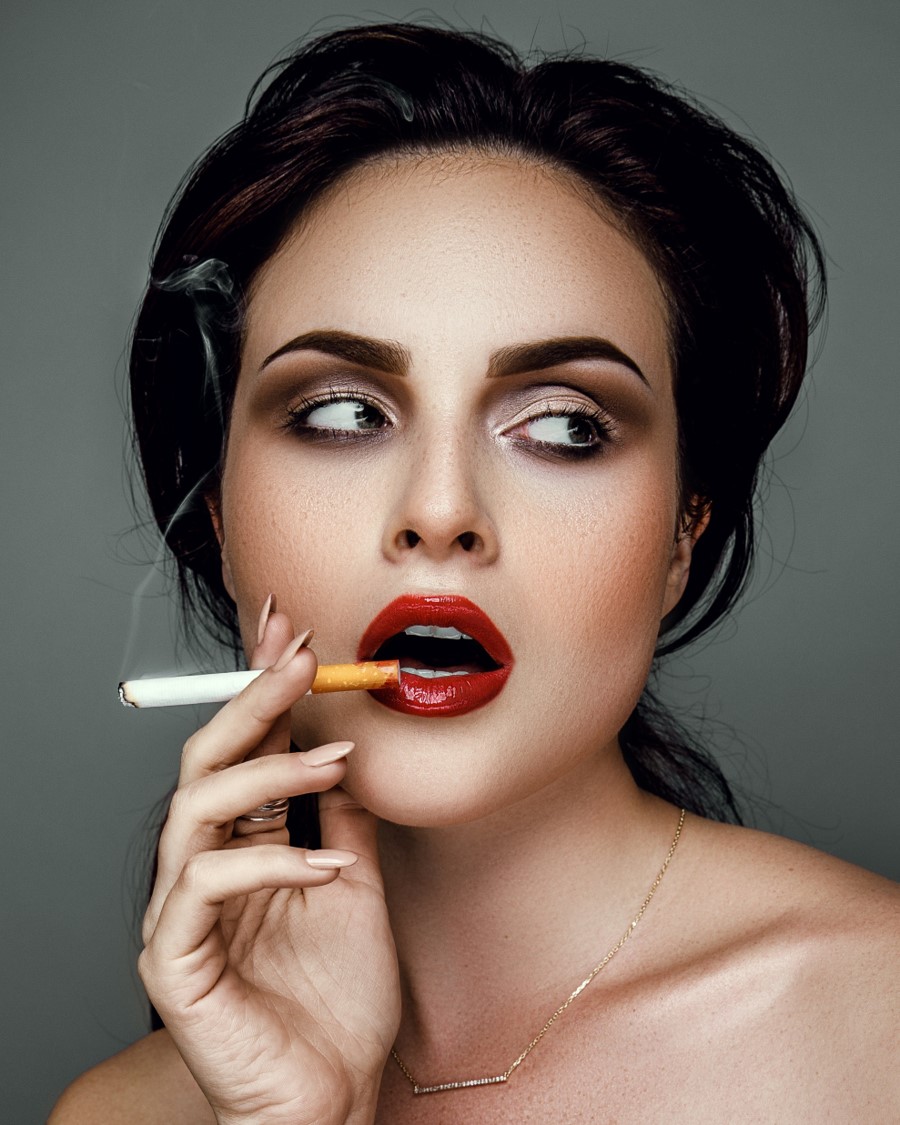 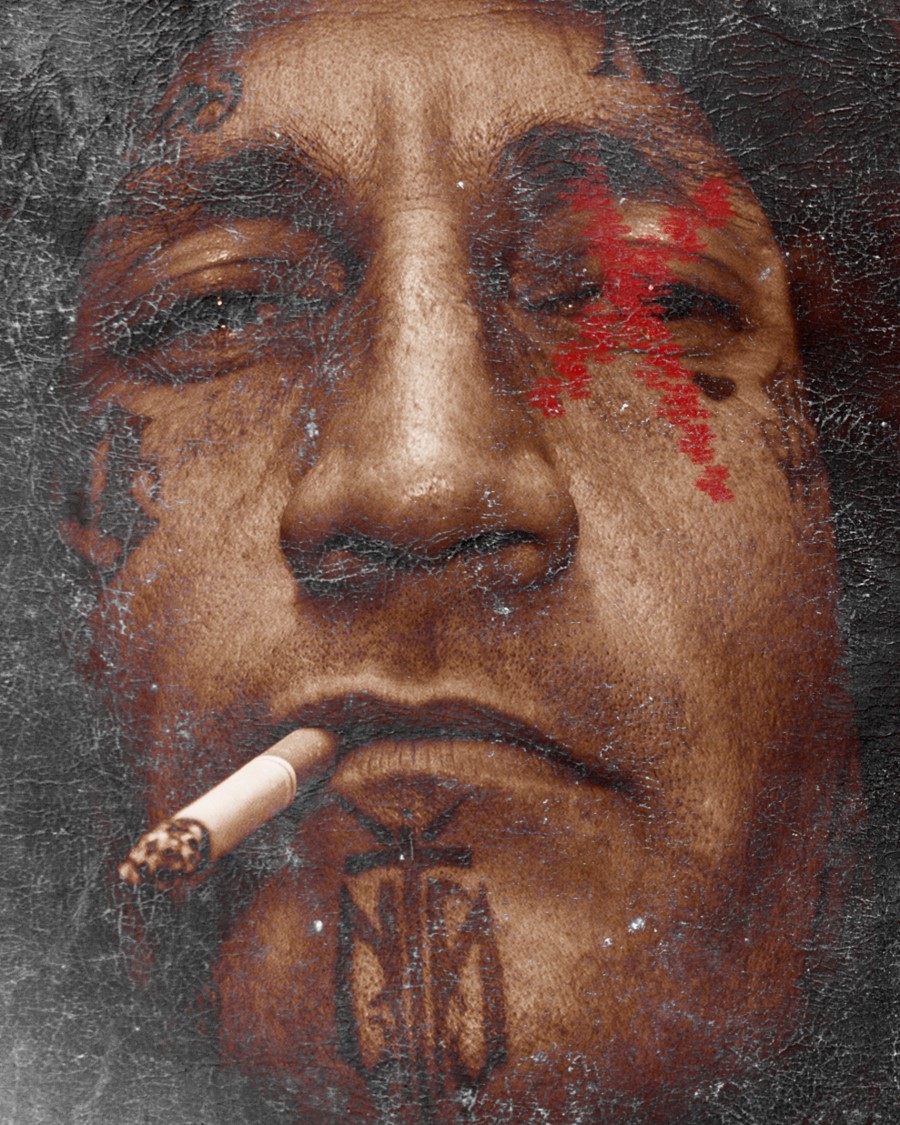 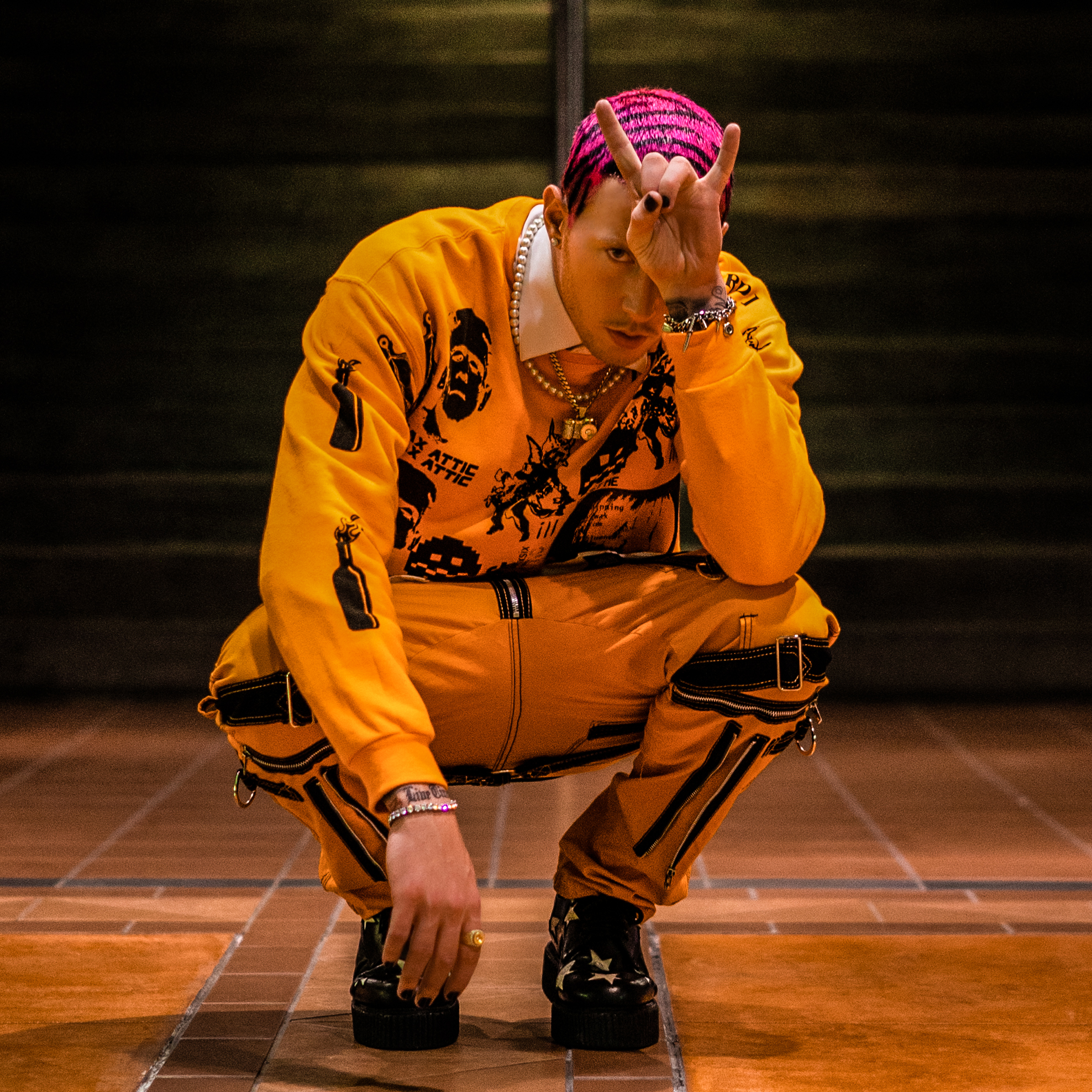 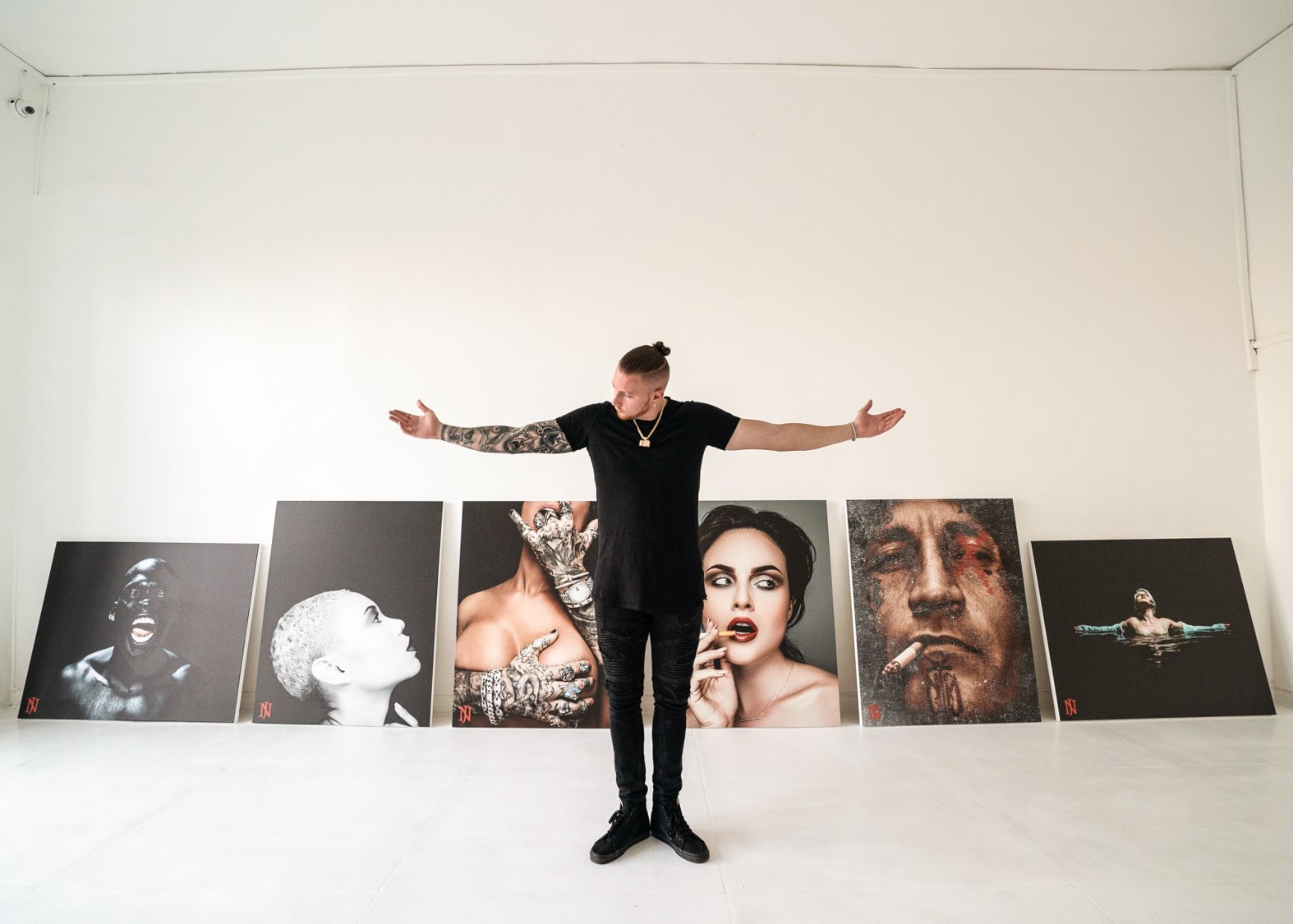 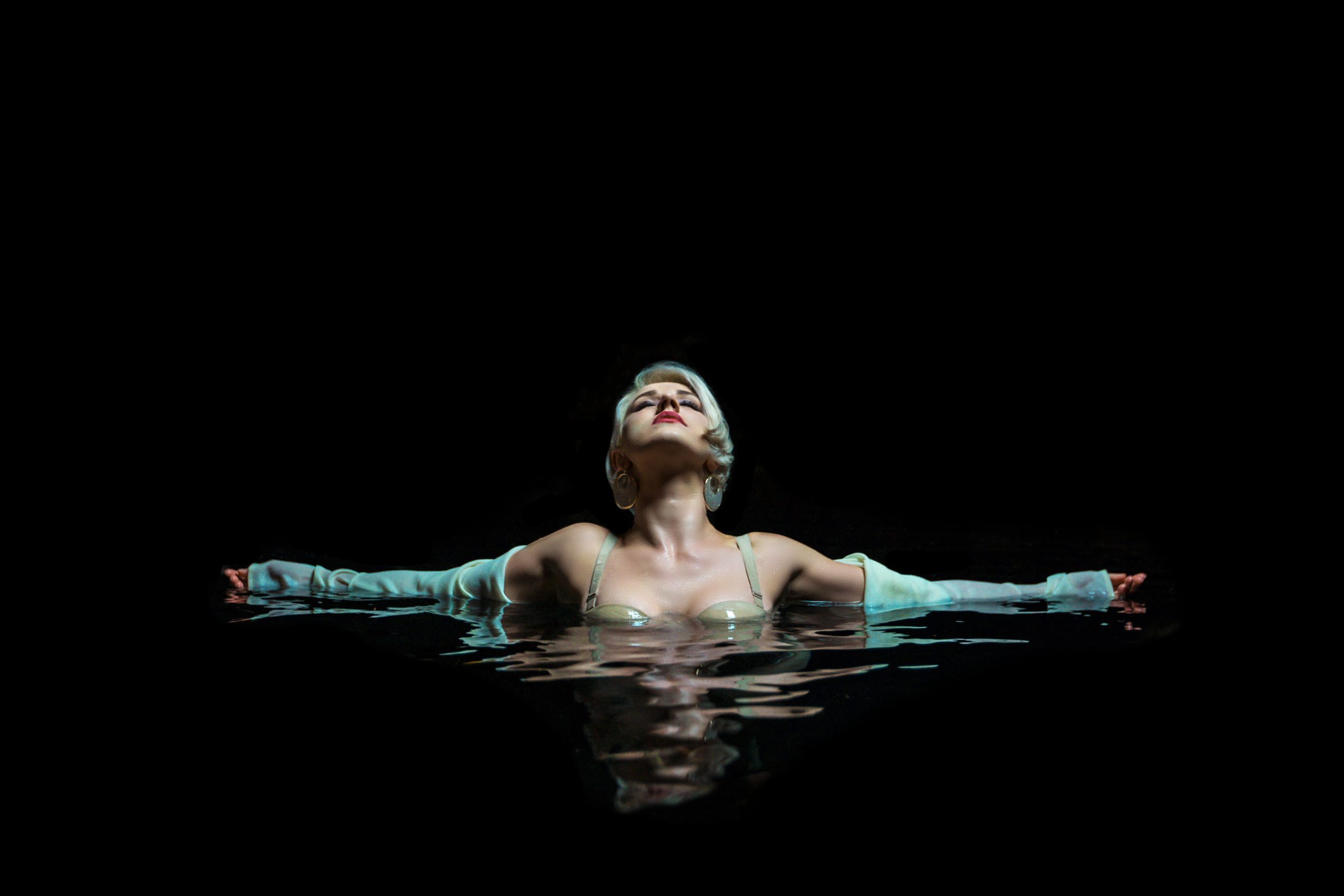 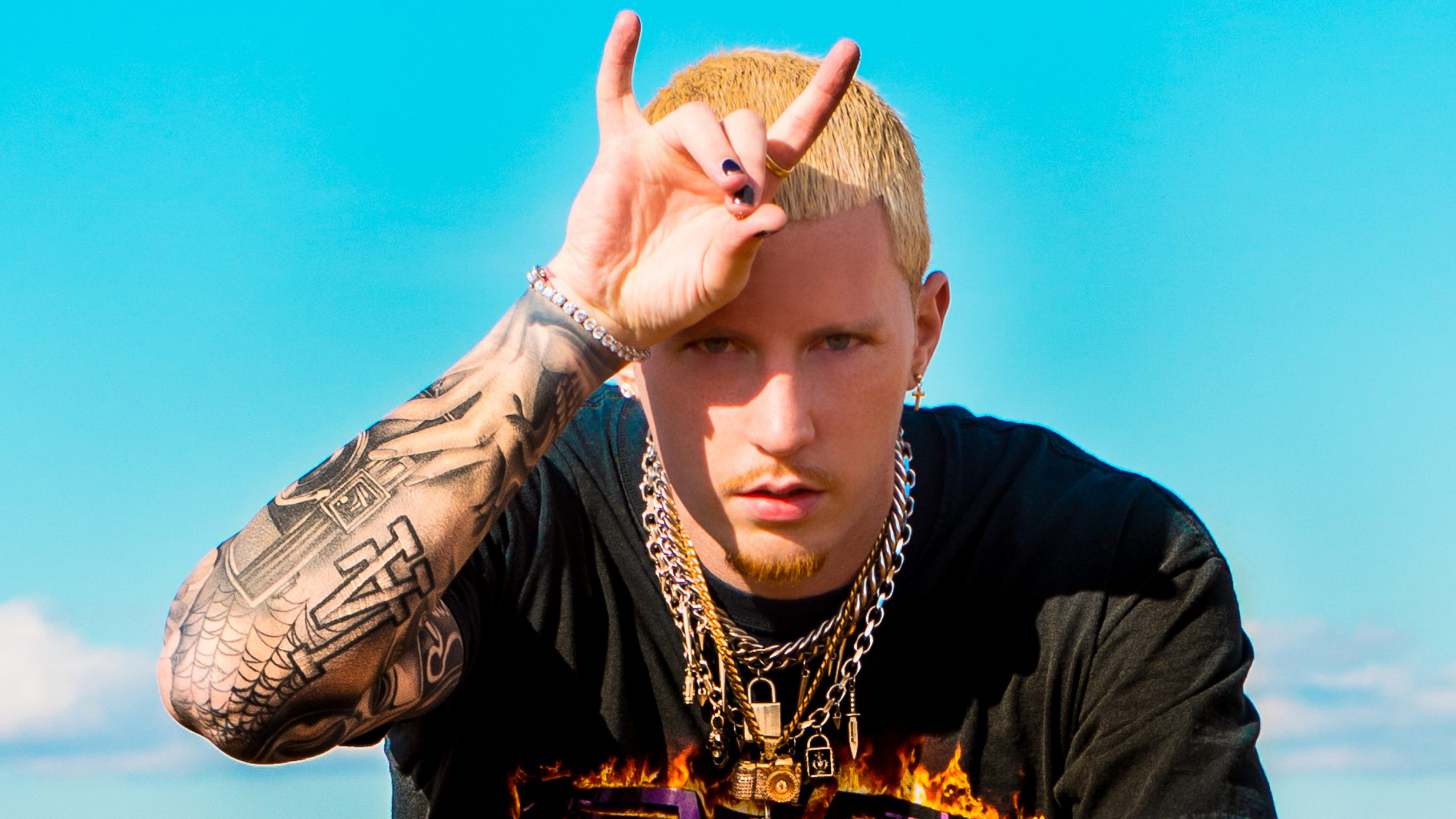 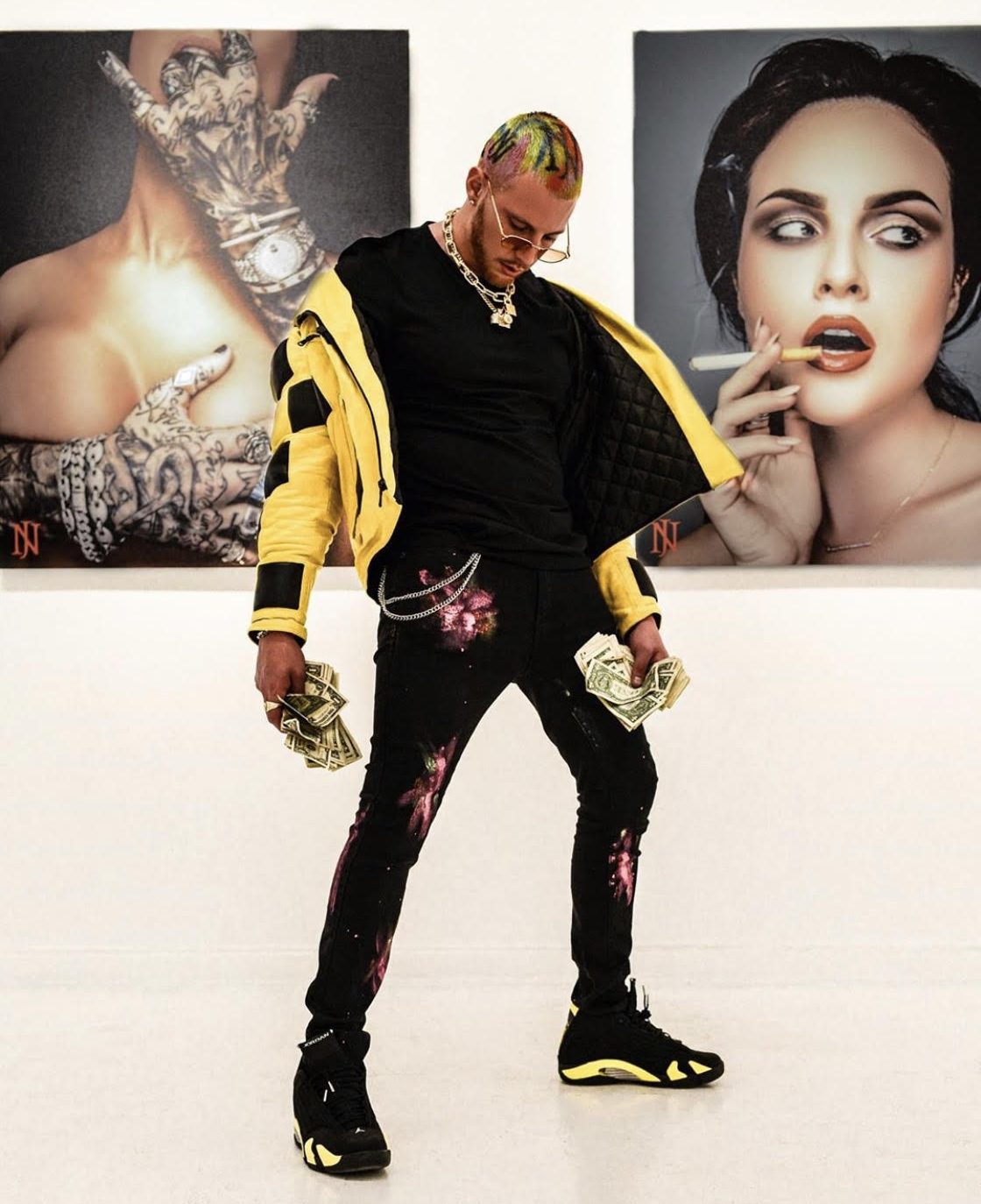