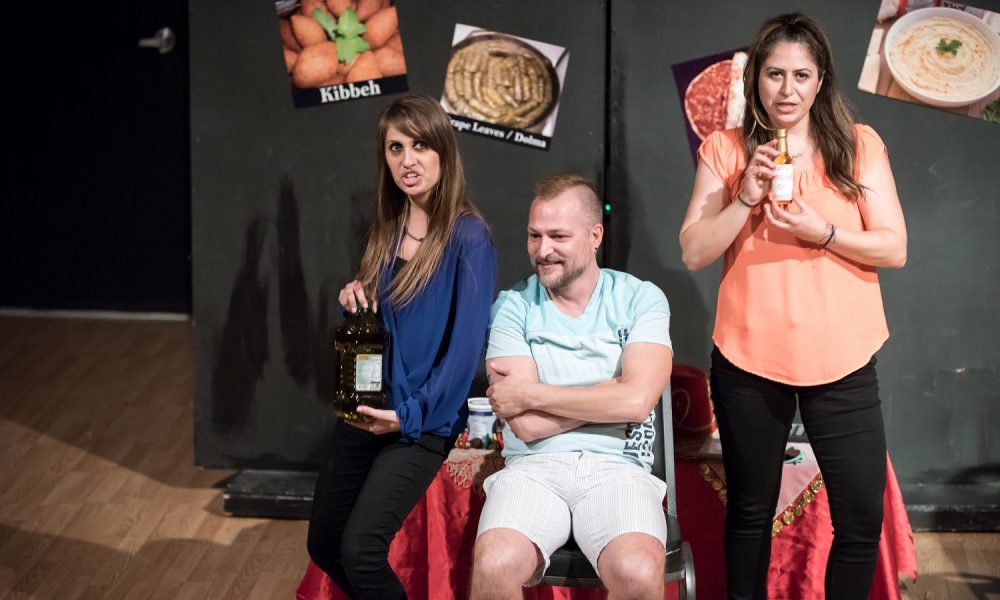 Today we’d like to introduce you to Nahreen Tarzi.

Nahreen Tarzi is a writer, comedian, and a big advocate of diversity in Hollywood. She served as the Head Writer for the 2018 CBS Diversity Showcase, featured on Deadline.com, and was also the Head Writer at Frederator Networks – an MCN with over three million subscribers – from 2016 to 2018.

She was a semi-finalist for the 2018 Disney-ABC Writing Program, was one in five Comedy Finalists with JuntoBox Films in 2013 for FOREIGN AMERICA, and won “Best Director” for the Crazy Woke Asians festival in 2019. Nahreen also won Shakespeare at Play’s Screenwriting Contest in 2004.

LA Weekly chose M.E. So Funny – a two-woman sketch show poking fun at Middle-Eastern culture that Nahreen wrote and directed – for their pick-of-the-week in August 2015. The show was also booked at UC Riverside and received a great review from their newspaper.

Nahreen was born in Toronto, Canada, but grew up in Burbank, California. She is of full Syrian descent, her parents having been born and raised in Aleppo, Syria. Nahreen is a graduate of The Second City Conservatory, has also studied at The Groundlings and Upright Citizens Brigade, and has performed stand-up for over ten years.

Nahreen has a B.A. in both English (Creative Writing) and Spanish from Loyola Marymount University, with minors in Screenwriting and Journalism.

Nahreen has been writing since she was eight years old. Her first book, The Man Who Ate the Dinosaur, was a hit with her second-grade class. She has since written countless short stories, poems, plays, songs, articles, sketches, jokes, film scripts, and TV scripts.

Overall, has it been relatively smooth? If not, what were some of the struggles along the way?
No, definitely not. The life of a writer is getting used to hearing “No.” Even people who love your script will give you some reason why they have to pass on it. There’s a lot of almost-big breaks. A LOT. There’s also a lot of politics you have to maneuver around. It’s not always the most talented people or work that gets chosen.

You end up doing years of production work to pay bills and make contacts – PA jobs, audience work, etc – which sucks up most of your time, so it’s tough to find time to work on your creative craft. You have to be very disciplined, and spend your free time writing, submitting, and going to events to make friends and network. It really is about who you know, but also who you know that likes you enough to stick their neck out for you. You can’t just know them, you have to find people you click with and who get you – those are the friends and colleagues who will advocate for you, and be willing to connect you with the right opportunity.

It’s tough to be taken seriously as a writer when you’re young – people assume young people don’t know what they’re doing. It’s especially hard when you’re a young, small female. I’ve had many people push me to do acting instead. I’ve also had many people meet with me only to ask me on a date. There are lots of different obstacles to get through every single week, but you have to be stubborn and keep going.

And try not to compare yourself to other people….most of my family – extended family included – have PhDs in a science. Pharmacist, aerospace engineer, dentist, veterinarian, etc. They have their life set and are buying houses and going on vacation, etc. It’s hard to watch and not feel bad. But everyone’s story is different. I love what I do, am proud of my projects, have really cool stories and experiences, and I pretty much have a Ph.D. in Comedy. Plus, houses are a lot of maintenance.

Another obstacle is that the industry is constantly changing, and very fast. The digital world has changed the game. It’s tough to keep up, and there really are no rules or one way to make it in. You basically have to create an awesome portfolio to prove yourself. Companies don’t like to take risks. They want to see that you can create awesome things by yourself before they hire you to do it for them. Writing samples are not enough these days. You have to create your own live show, your own short film, your own web series, etc., to showcase your work and prove that audiences love it. And to remind yourself why you love it!

Of course, that can be quite an expense 🙂 You have to figure out what works for you, and what is doable. I did a GoFundMe campaign and raised money to shoot a trailer for my film script. Everyone is so busy these days and doesn’t have much time to read, and I noticed my script kept sitting on people’s desks for so long. So I shot a trailer for it. The trailer usually gets watched right away, and it showcases what the film is about. I’ve gotten much more replies from the trailer than from sending my full script or logline.

Your own work is also always the most gratifying, anyway. It may not pay the most, but it is the best feeling to create exactly what YOU want, with no one telling you to change it, and see how much your audience loves it. There’s no feeling like it.

So, yes, there are tons of obstacles every day, including your own exhaustion. That’s just life. Some days you might even be like a cranky old man yelling about the industry, or even crying about it. But you just keep going. Because the great moments will come, and they are totally worth it! Bring on the obstacles. You can make me cry, but you can’t stop me. I always keep going.

Please tell us more about your work, what you are currently focused on and most proud of.
I have a comedy brand, M.E. So Funny, that pokes fun at Middle-Eastern culture, and also enlightens people about it. Check out mesofunnycomedy.com

I also am very proud of my film trailer – check it out at foreignamericamovie.com

I am proud to have been a Head Writer of CBS Diversity Showcase 2018. I got to guide writers and combine the two things I am passionate about – comedy and diversity. The show presents diverse actors and writers and their talents, encouraging industry to sign them, cast them, and bring more diversity to Hollywood projects. It was also hilarious and fun!

I’m a Syrian female comedy writer. I work hard, play hard, and mostly just love to make people laugh and laugh myself. I bring a unique voice to the table and no drama. I save that for our Syrian Gossip Girl sketch 😉

If you had to go back in time and start over, would you have done anything differently?
It’s tough to say…every experience lends itself to the next.

I think….I would have taken less shit from people. And trust myself more. 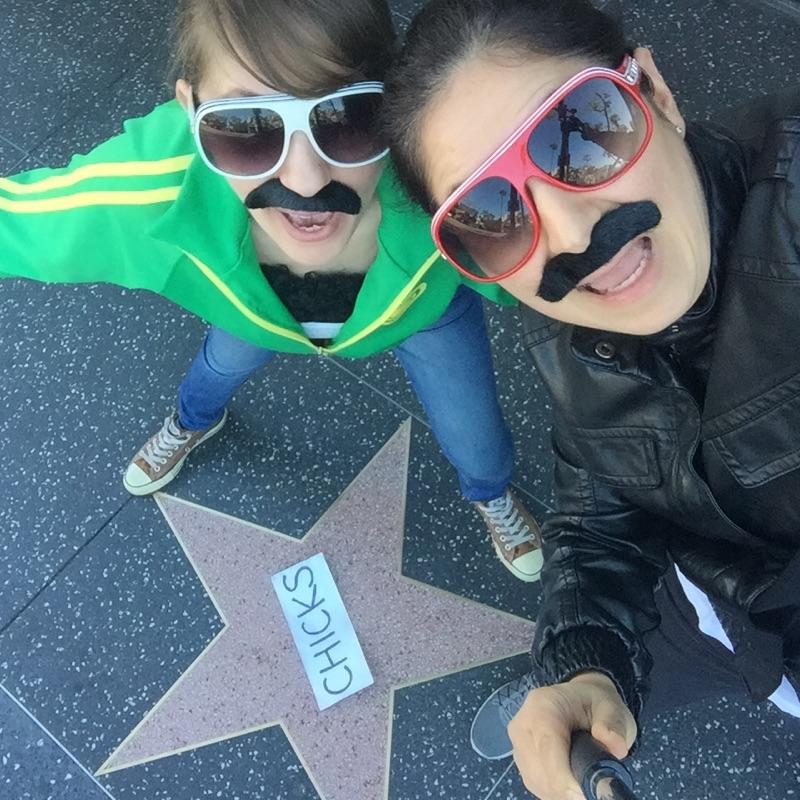 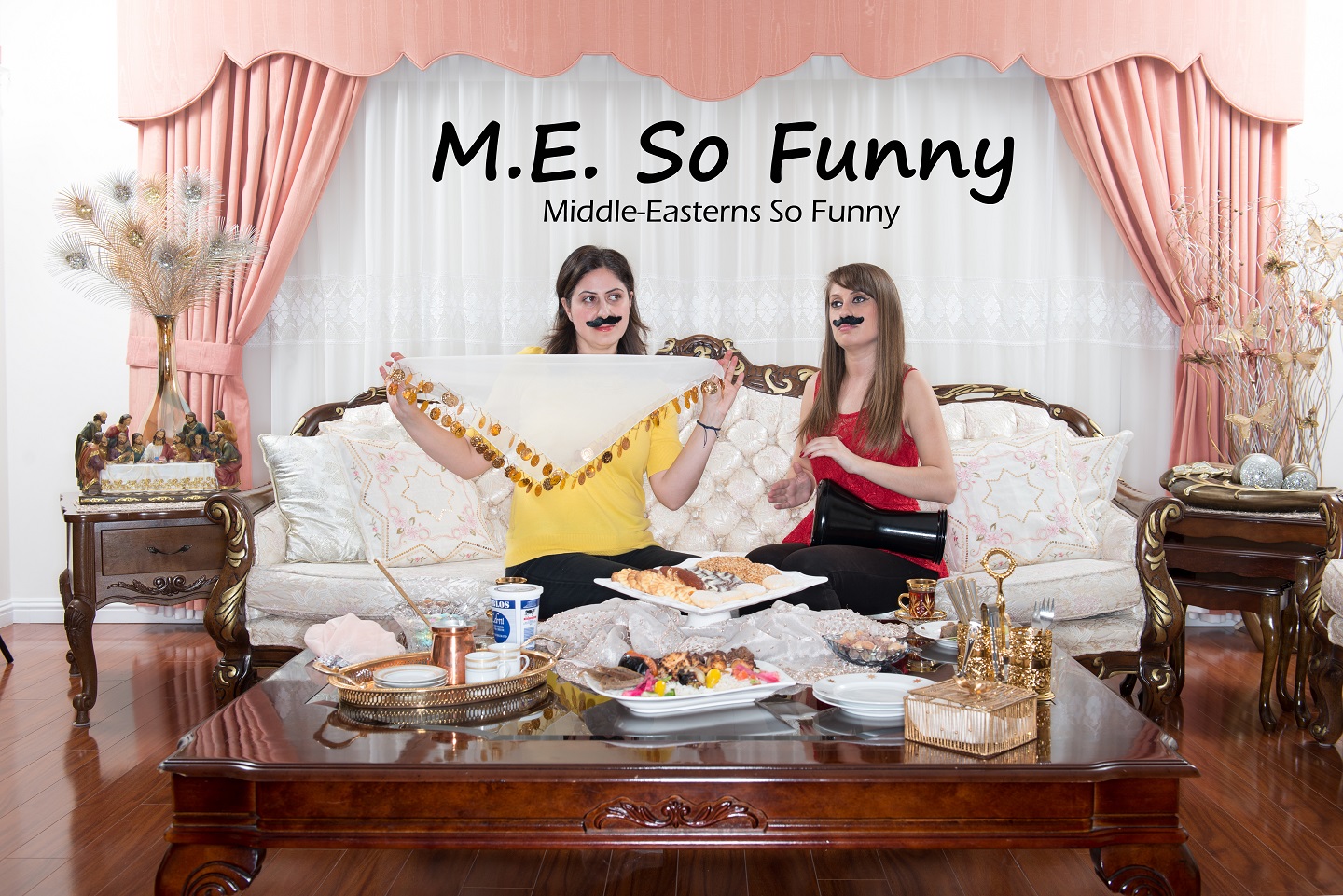 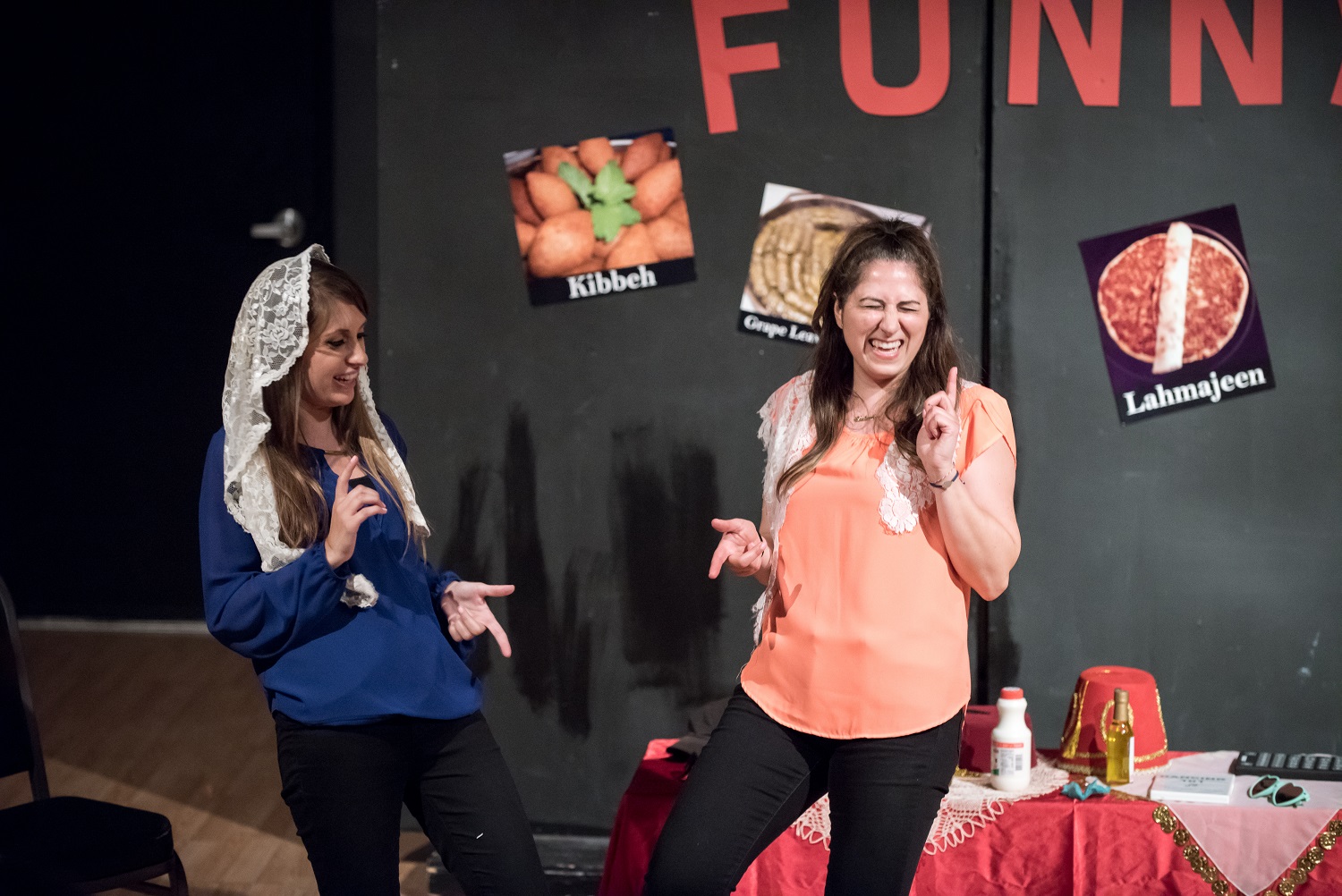 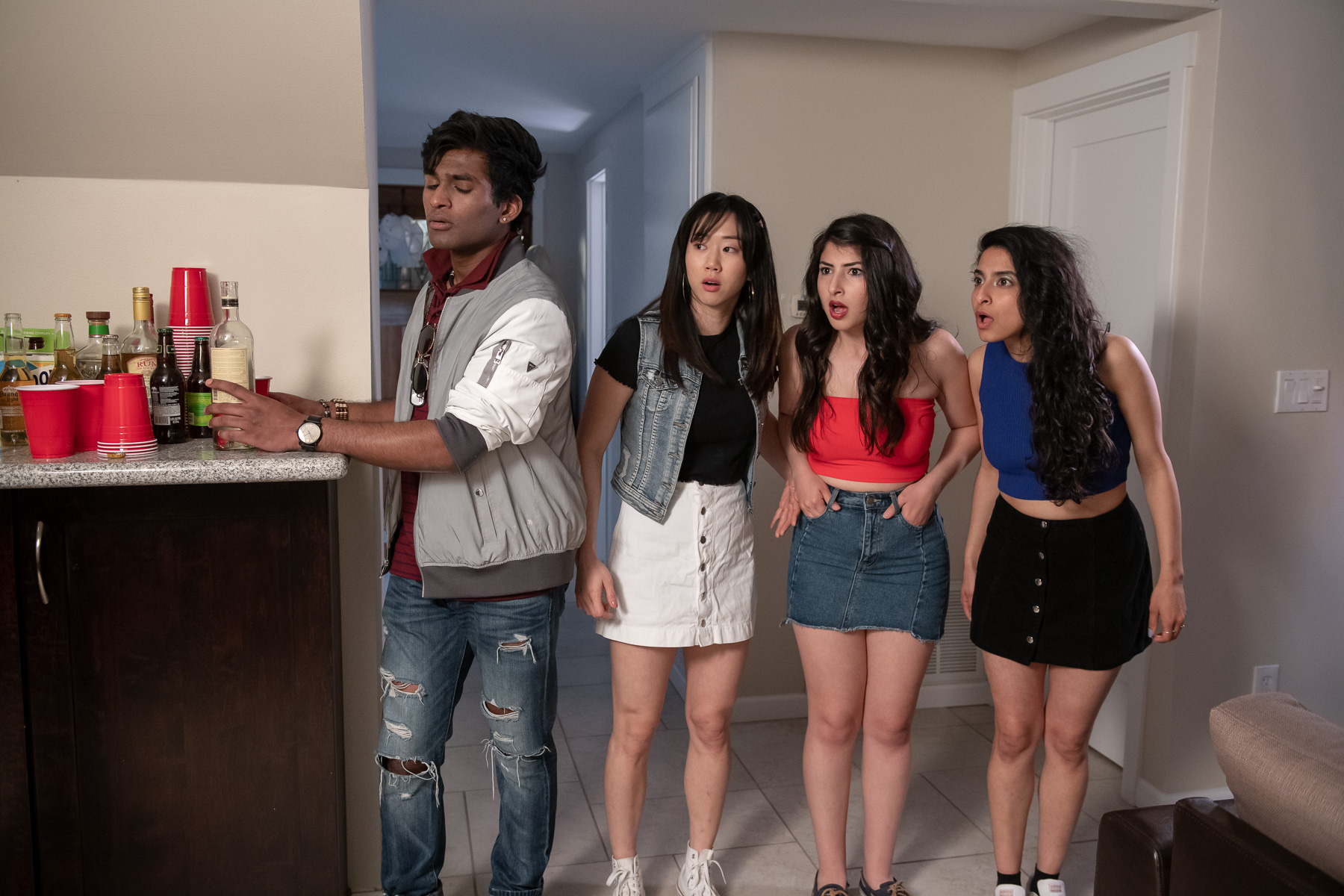 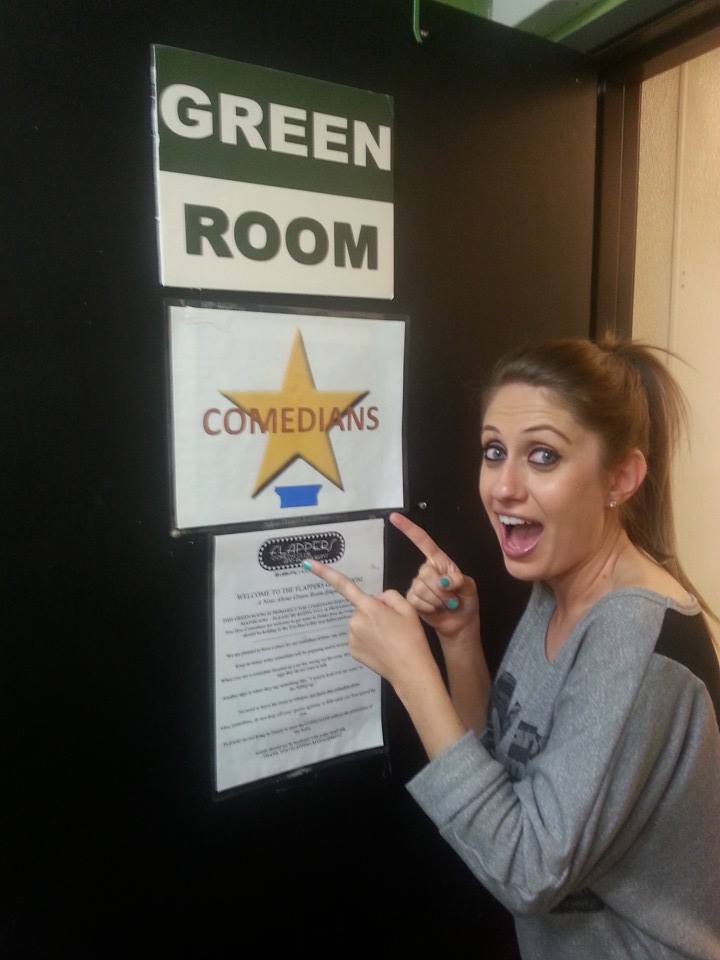 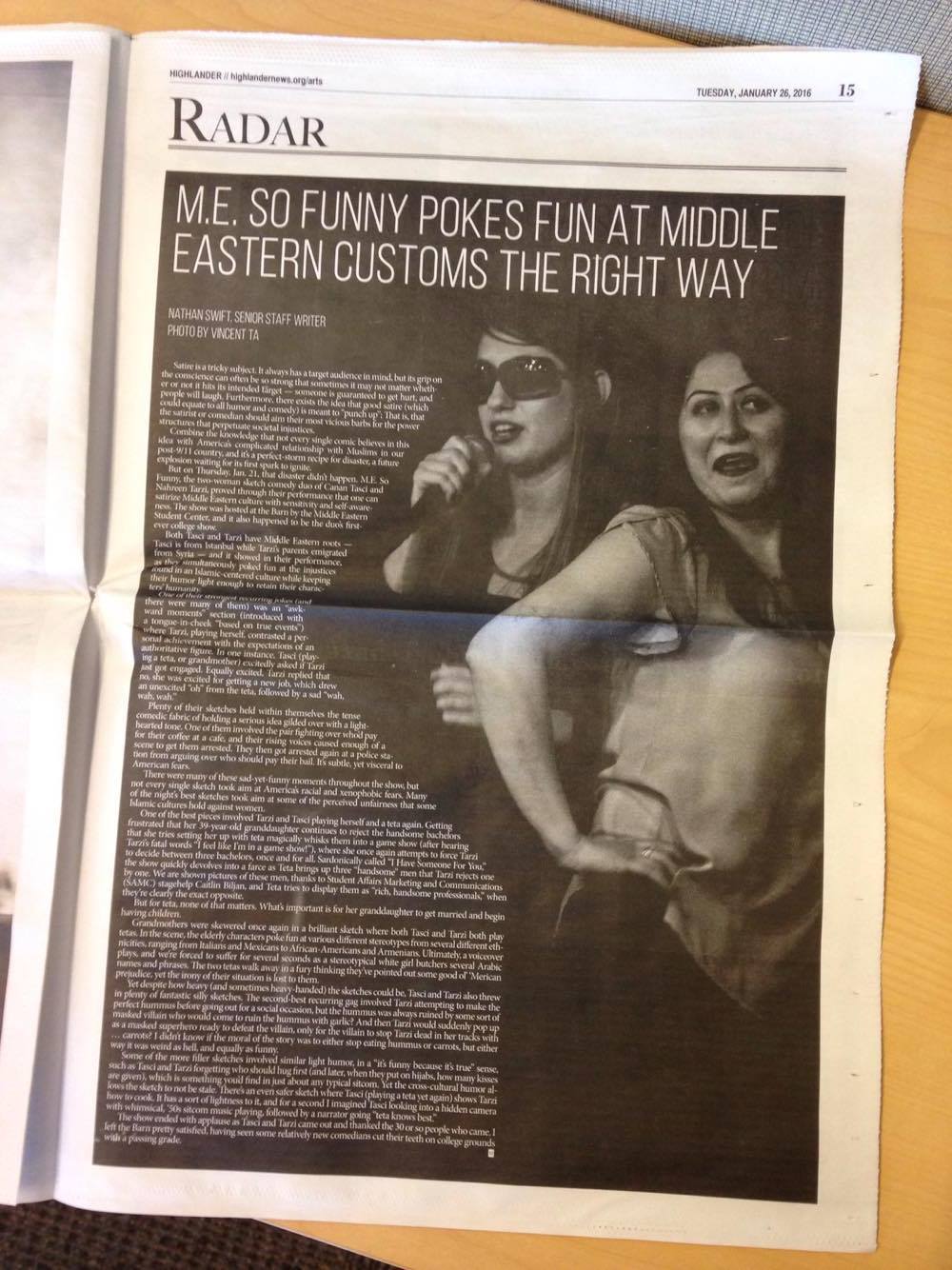 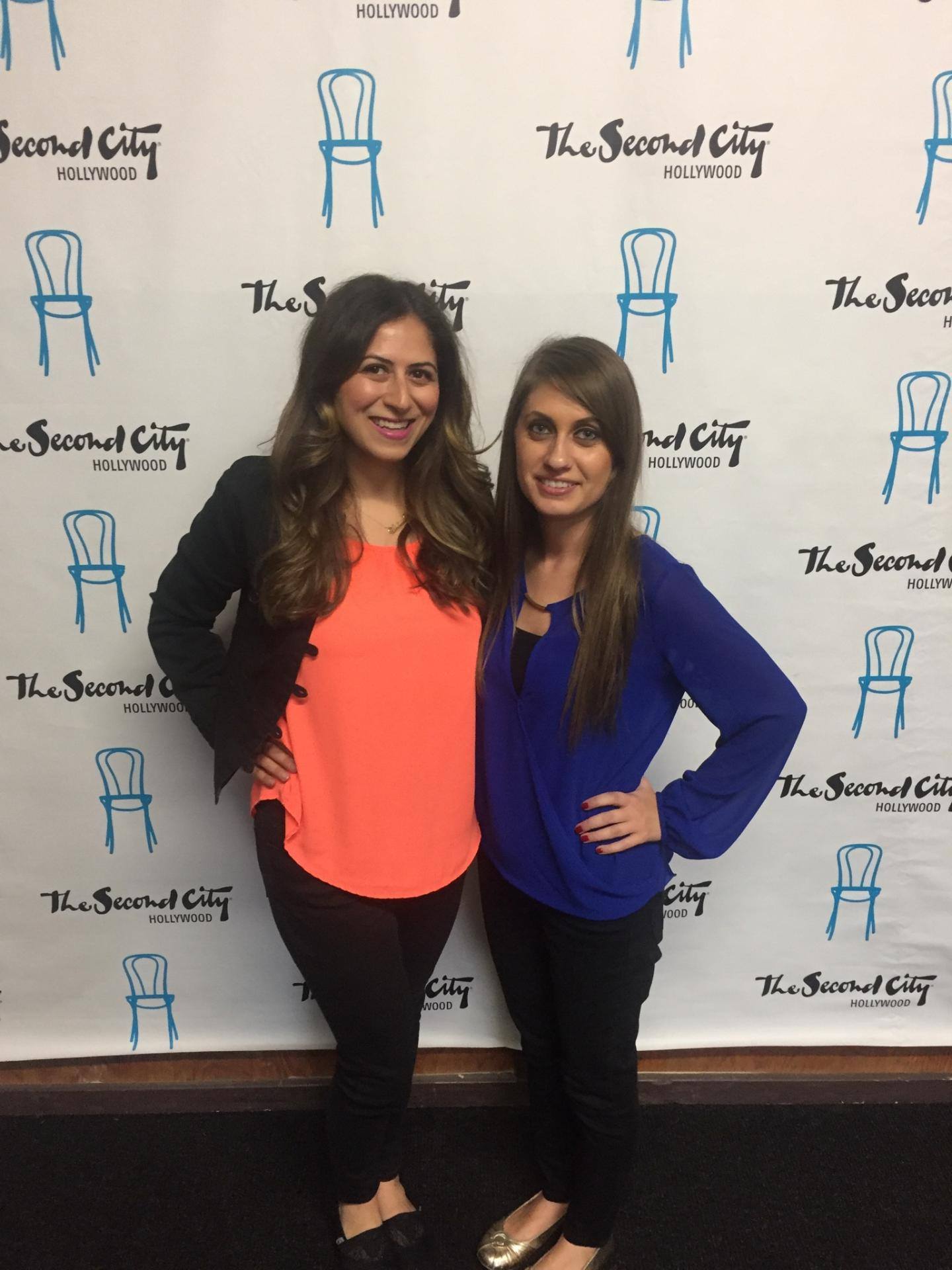 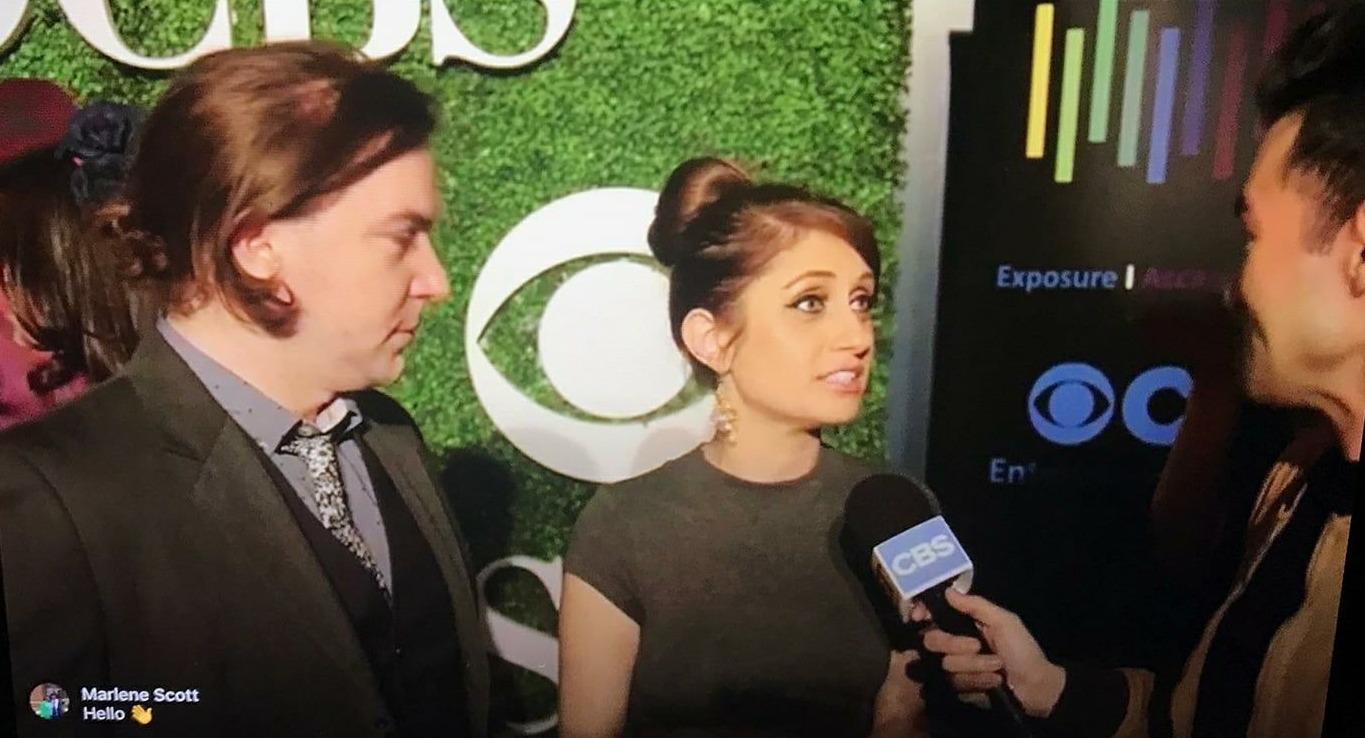 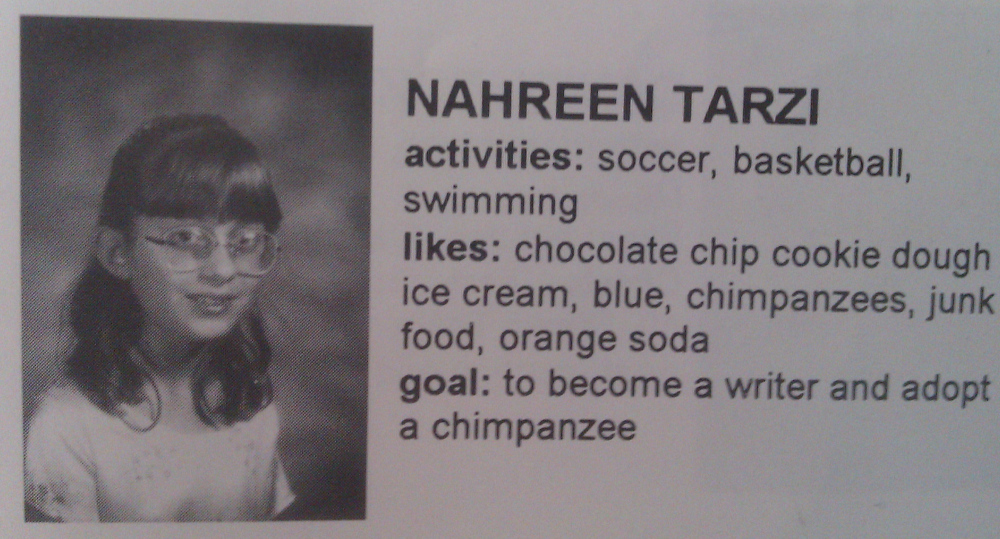