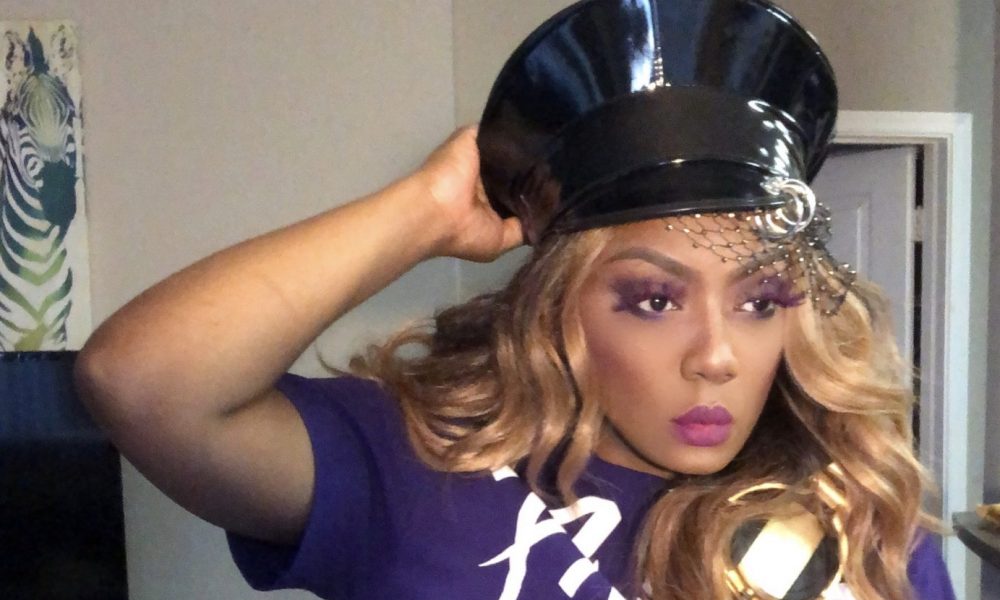 Today we’d like to introduce you to Myra Washington.

Myra Washington aka DJ Karma Camille has been named one of Music Connection’s Magazine Hot 100 unsigned artist. The talented Singer, Songwriter, DJ born in Port Arthur, TX home of Janis Joplin and rappers UGK, the eldest of three kids that all have a had musical success, includes her youngest brother “Wash “ with hit single “Can’t Trust Thots” and middle sister Brittani Washington (keyboardist) that toured for seven years with Beyoncé’s all girl band and now drummer with Cee-lo. Born to parents that are Pastors of a sanctified southern church, Myra grew up in the church playing drums, directing the choir, and singing her heart out every Sunday morning. She credits her strong roots in the church for sultry voice. Although a graduate of Prairie View A&M University with a BA in RATV Communications and a minor in dance, she crafted her skill and made her love for music her first priority.

After Graduation, she landed a residency at the most sought-after night club in the city of Houston’s club history, “Scott Gartner’s Skybar”. Performing long sets, multiple nights a week to an enthusiastic multi-cultured crowd was the foundation to becoming the well versed, electrifying entertainer she is now. After committing several years to honing her craft at clubs, weddings, festivals and corporate events, she began learning to DJ as a way of staying true to her love for music and to finance a cross country move to Los Angeles, in which she did and became the lead singer of the band Loud as Funk, a Los Angeles Based Funk Band that is heavily rooted in Funk and inspired by greats like Parliament, Rick James, and Prince and currently promoting their newly realized single “Summer Every day”. As a DJ she has worked with some well-known celebrities and professional clients including but not limited to MAC Cosmetics, DL Hughley, Kevin Hart, Tiffany Haddish, Torrie Hart, Shanice Wilson, Flex Alexander, and new comer Major and others to name a few. As a singer she has performed as a featured background vocalist on Simon Cowell’s X Factor USA working closely with Simon, Khloe Kardashian, Britney Spears, LA Reid, Nicole Scherzinger, and Paula Abdul. She’s performed on countless stages including but not limited to, opening for acts such as Chris Brown, Tamar Braxton, Estelle, Patti Labelle, Bobby Brown, Keith Washington, Bernadette Coopers Klymaxx, Macy Gray, Jennifer Lewis, Cedric the Entertainer, Babyface, Ron Isley, Shanice, Montel Jordan, Angie Stone, Ray J, Fantasia, Kindred and the Family Soul, Brian McKnight, The Ojays, and Eric Benet at many festival nationally and internationally. Myra has appeared in numerous commercials and television appearances, which has sparked national attention and has toured with Prince and Michael Jacksons protégé’ Judith Hill. As a solo artist Myra’s latest single ‘Nothing Last Forever” is Scheduled for June 2, 2020 Release on all digital platforms.

Has it been a smooth road?
It’s definitely been an uphill journey. I came to Los Angeles approximately 10 years ago. I didn’t know anyone just knew that I needed to be in a city that would allow me to be free, expressive and broaden my horizon. Being the type of singer that I am, it’s hard finding chemistry with just any producer. After countless gigs, and meeting with potential producers it took my about 5 years to find the right group of musicians that are conducive to my sound. This was the most challenging. Because without songs that compliment your voice, you are worthless as an artist.

Please tell us about your work.
I am a professional Singer and DJ. Although they are separate entities. I would not be able to do one without the knowledge of the other. I specialize in what I like to call “The Party”. to me that means by any noise necessary. Strongly root in funk music but capable to transform to any occasion. Although I wasn’t born early enough to witness the records that I love so much when they were hot. I pride myself in having a massive knowledge in funk.

How do you think the industry will change over the next decade?
It’s crazy now that covid-19 is here. No more shows, gigs, concerts. It’s really sad, I’ve been uplifting myself and others through social media. I’ve been doing virtual DJ Shows and a few acoustic ones as well. It’s the only thing that sustaining and bringing a small piece of joy. I definitely hope that this does not last long. It’s nothing like the feeling of being able to connect to a room of people that are willing to embrace your talent and share your energy. 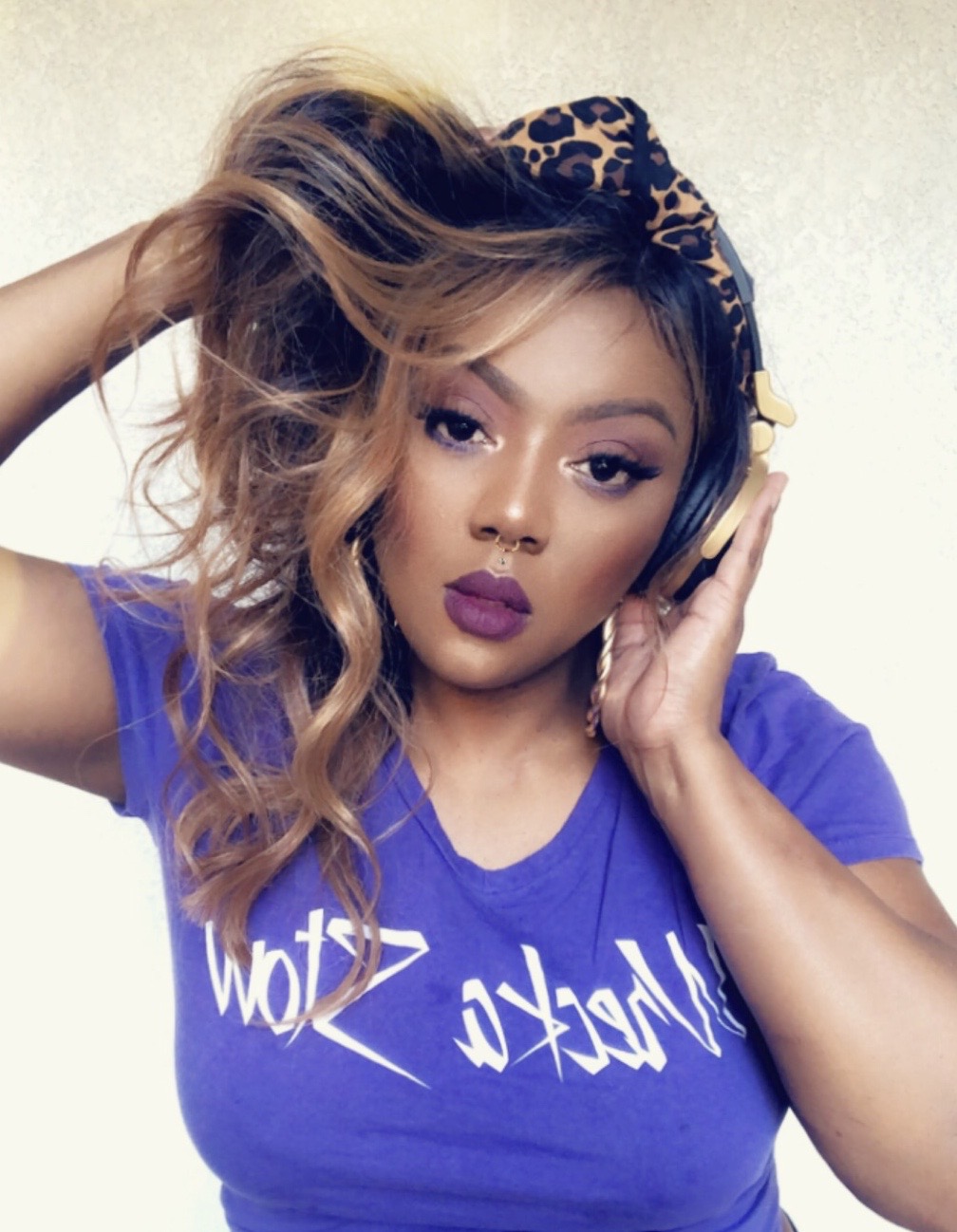 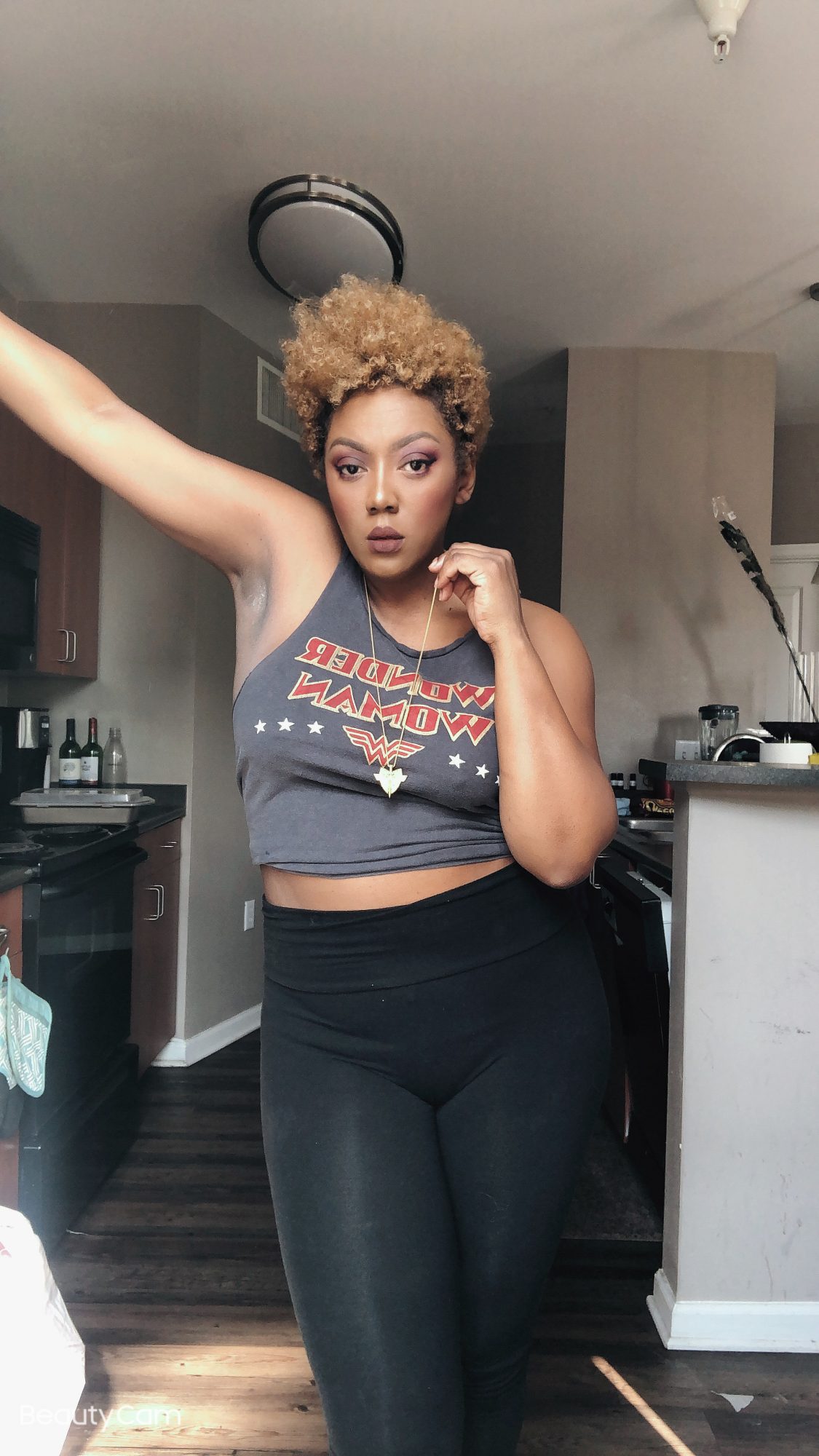 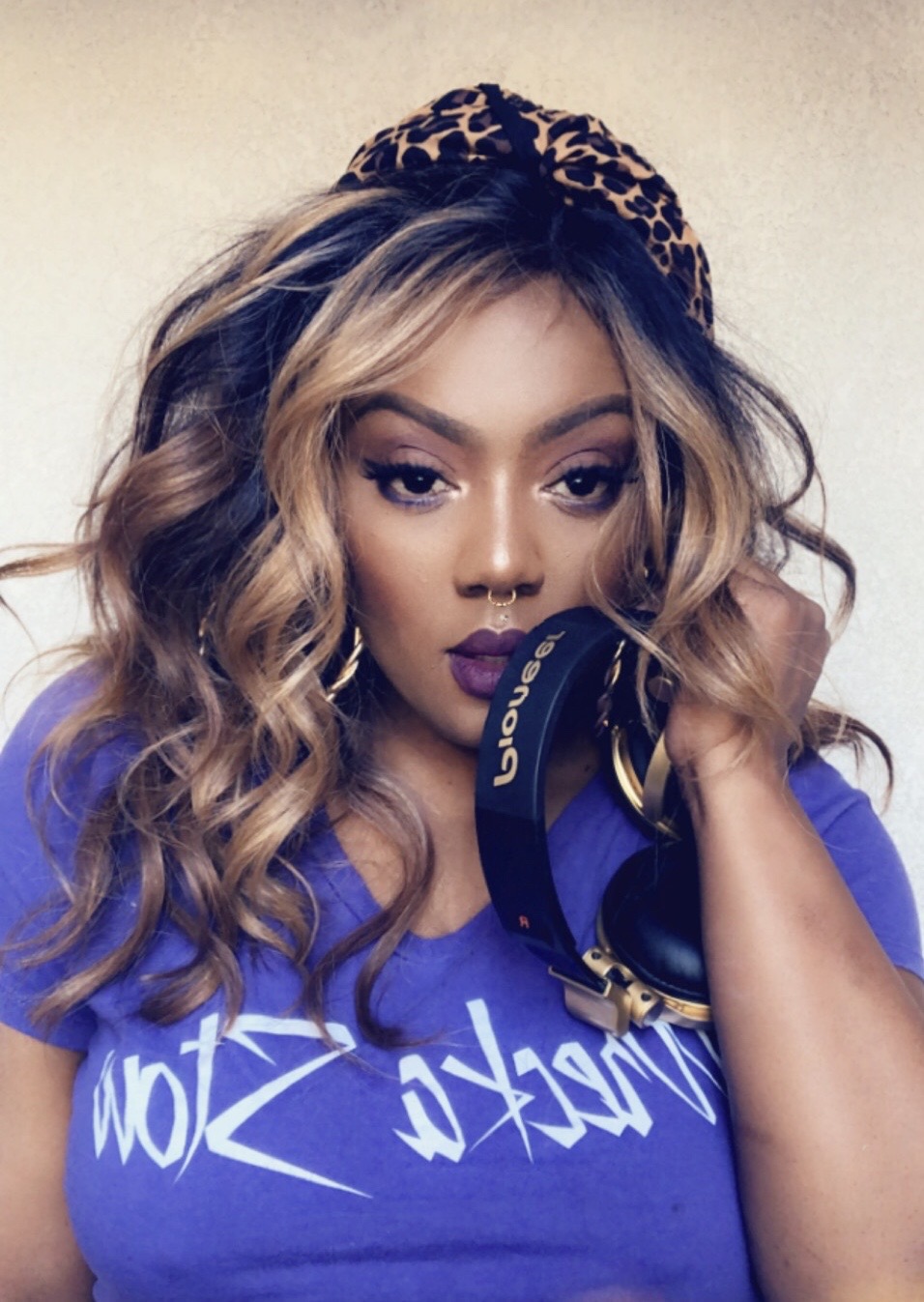 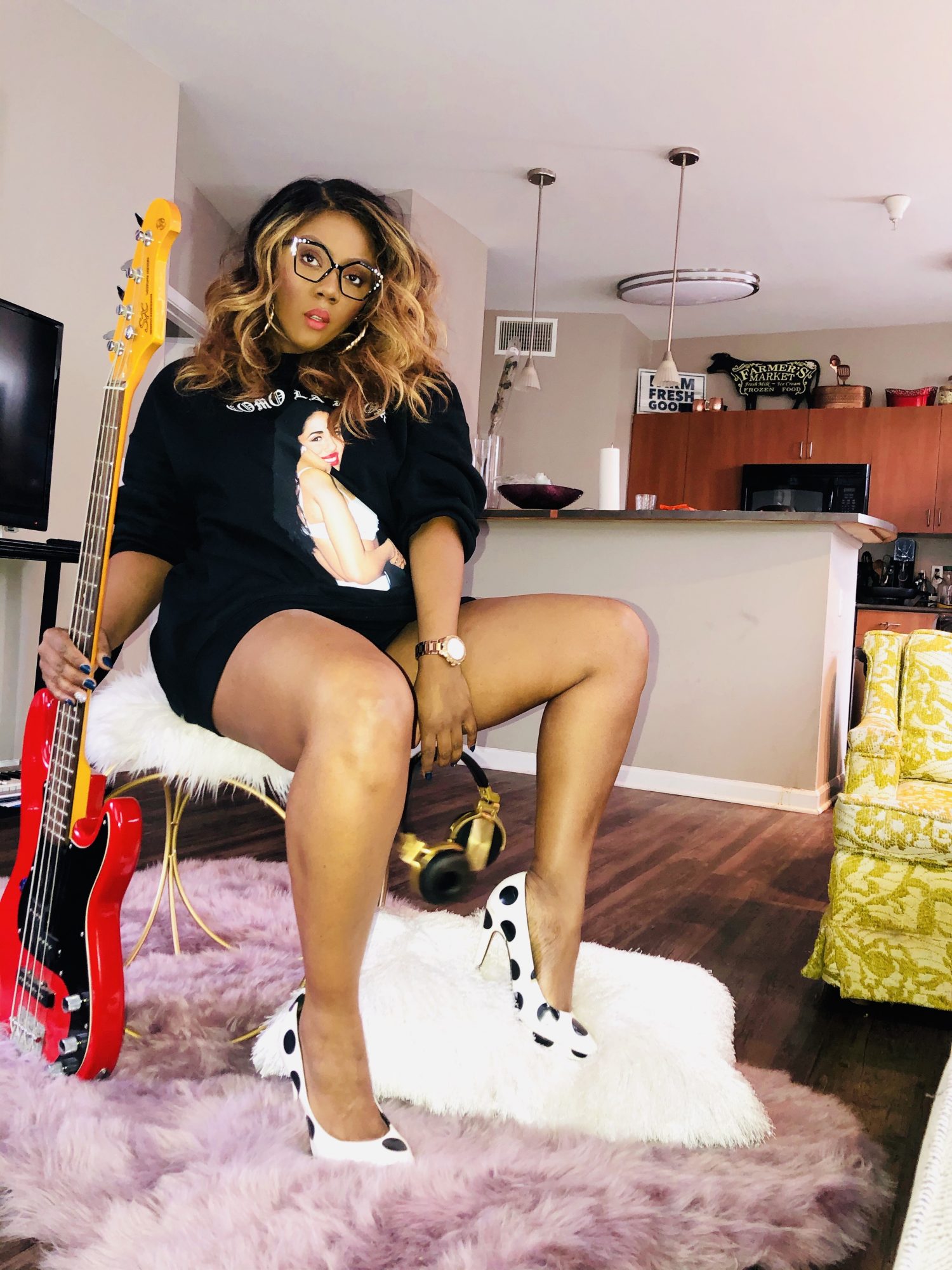 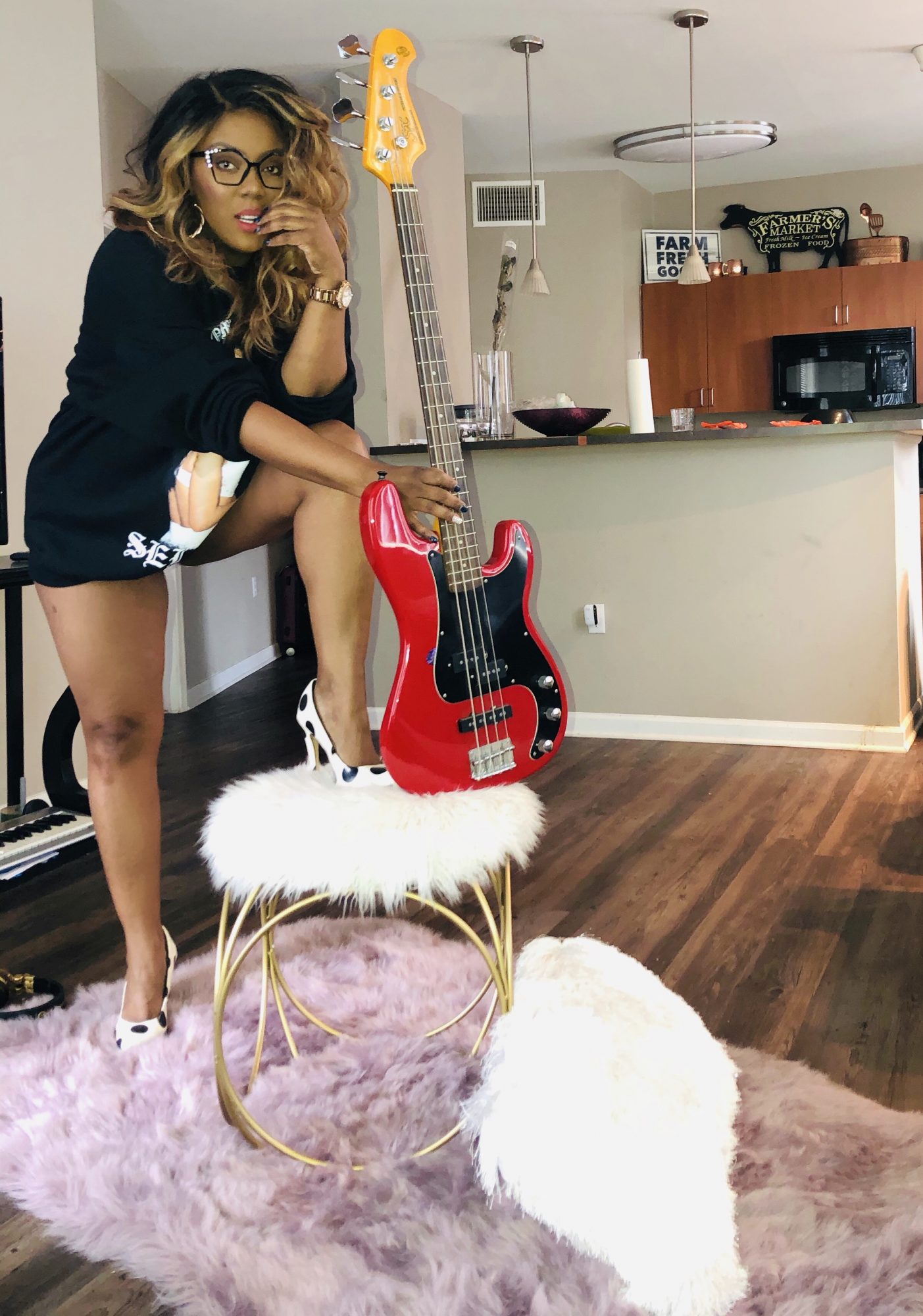