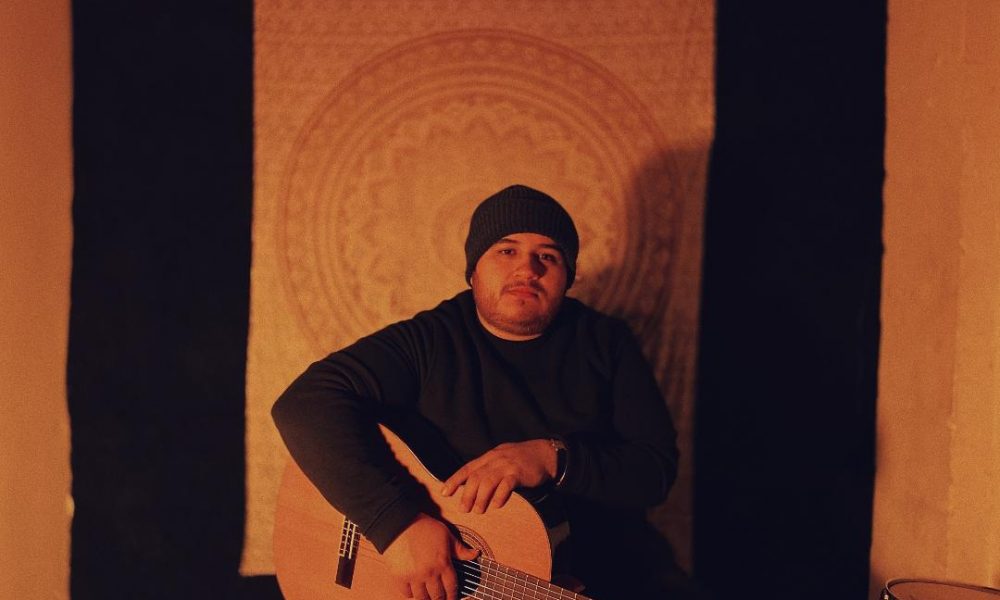 Today we’d like to introduce you to Sergio Meza.

Sergio, let’s start with your story. We’d love to hear how you got started and how the journey has been so far.
I think I’ve always had an obsessive relationship with music. I’ve always wanted to learn and absorb as much as I can. The more music I listen to the more open-minded I become, I think. But I was about 11 years old when my parents gave me an acoustic guitar for my birthday. It took me a while to feel confident in myself enough to call myself a guitar player. I’m sure I put it down or gave up on the instrument a dozen times before I started to take it seriously. Maybe around the age of 13, I started looking up “tab” notations online to learn my favorite Doors or Pink Floyd songs. I went through several rabbit holes with different bands and wanted to listen to every single album each one recorded. Around this time, I got my first electric guitar and that opened up a new world of bending strings, overplaying and playing way too loud. When I was in high school and girls became “thing” in my life, my style of music I listened to began to change. Wailing guitar solos by Hendrix or Page were replaced by cute strummy love songs by Jack Johnson and John Mayer. I mean no disrespect to any of those guys but my interests were changing at that point. I was a total late bloomer when it came to writing songs, I was probably 17 but I was so scared of putting pen to paper because I didn’t have the confidence as a writer.

I wrote my first batch of songs when I was in high school but had no idea how to record them properly or produce or promote them. After high school, I met a friend of a friend who had some recording experience and had him help me set these songs in stone. It was a total learning experience but I must say that the songs didn’t sound how I wanted them to sound at all. I can barely listen to those songs now without cringing, Not only were my songs juvenile but the production was garbage. This was right around the time when I fell into a deep spiral of depression because I was at that point between being a teenager and an adult and I had no idea what to do in life. It’s a strange period for a lot of people and it can be very damaging without any direction. Anyway, this was a rough patch in my confidence as a musician and I almost quit playing altogether. I started working to earn my own money to be able to buy a proper turntable system. I figured if I was going to stop playing music, I should probably dive deeper into the listening experience. I became a nerd about record pressings, turntable cartridges, vintage receivers, speakers, etc. This opened my ears in a whole new way because I was experiencing analog music in an analog format, the way it was meant to be heard. I consumed as much new music as I could, jazz, blues, country, r&b, folk, hip hop and anything else that caught my ear. Hundreds of records later, I bought a book called “Writing Better Lyrics” by Pat Pattison, a songwriting professor from Berklee School of Music. This was my true “a-ha” moment because it taught me why my lyrics were terrible and what I can do to make them stronger and more interesting. I decided I wanted to write lyrics that could make someone break down, cry, and maybe even teach them something about themselves because all my favorite music did that for me. I felt that the saddest music was the closest to the heart and I wanted to make music that could touch people that way.

During this period of transition, I joined a progressive post/hip hop/space/rock/etc group as a bass player! I never played bass, nor did I own a bass! We played zero shows but met every week religiously to hone together a small group of songs with many genre bending transitions and progressions. This was led by a friend of mine who approached music with classical sensibilities. He played keyboards and basically put the group together to translate what he heard in his head. I was borrowing someone’s bass and we met in a garage every week and worked hard to get each transition perfectly. We recorded the songs after many trips to a guy’s studio across town. It took much too long to finish and the group disbanded soon after it was released. But this experience taught me a ton about how not to overplay and to always support the song. I do miss those days.

Anyway, I wrote a new batch of songs in 2016 that were my first “grown up” songs. They were all acoustic folk songs, recorded early in the morning at a rehearsal studio in Santa Fe Springs. I recorded these tracks using only a TASCAM field recorder and a laptop. I wanted the lyrics to be front and center so I focused on writing the best lyrics I could. I also decided to record and produce these songs by myself so I could make sure they sounded the way I wanted. I fell into yet another rabbit hole of learning how to mix and master music online. YouTube videos helped me figure out what compressors did, how to EQ and everything else in between. I used a free program to finish the album, released it under the name Morning Harvester in 2017, and called it “Underneath The Tired Suitcase”. This really boosted my confidence as a songwriter as I knew these songs were much better and more thoughtful.

Over the next year, however, I wanted to make an album that was lush, 3-dimensional and could be experienced as a song cycle, I was also diving into the world of guitar effect pedals and playing different\ keyboards and pianos, I didn’t have a band but I wanted to put the album together like a collage of music that formed me. This included folk, country, grunge, indie rock, noise rock, son jarocho, bolero, and whatever else I stole from. I decided to record every instrument by myself and mixed and mastered it, using an inexpensive music editing program and a two channel microphone interface. This was a much harder project to get through because I was again learning as I went along and only had YouTube to help me avoid any mistakes that could make my recording sound bad. I released the album in early 2018 and it’s been the most well-received project I’ve ever released. I finally felt like the music in my head was being translated properly and I had full creative control behind it.

The 2018 project, “Pocho” took about nine months to write, record and produce and although I loved making it, I wanted to stray away from taking so long to release the next project. A new batch of songs came quickly in the summer of 2019 that felt fresh to me. They didn’t have long instrumental intros like the last record did, I didn’t hear harmonies or spacey guitars in the background. Instead, I heard raw focused songs that felt urgent and emotionally defined who I am now. Between the two projects, I upgraded my recording system and bought proper microphones after going through YET ANOTHER rabbit hole of learning about microphones. I recorded these songs within a couple of weeks and mix and mastered these songs in one long overnighter. I didn’t garnish every song with anything extra, because I wanted the lyrics to once again carry the songs. I’m currently in the middle of releasing them in two parts and can’t wait to work on what’s next! I made up my mind that I never want to create the same album twice and I should always keep evolving as an artist. I want to stay curious and continue learning about everything I can. I guess ironically in that way, I’ve never changed.

Great, so let’s dig a little deeper into the story – has it been an easy path overall and if not, what were the challenges you’ve had to overcome?
I don’t think anyone should have a smooth road through any creative effort. I think the bumps are what define the creative piece as art. I struggle on and off with mental health issues, which is really common amongst artists but I think that’s part of what makes us weirdos so creative! It’s our job to see the world with different eyes and mold a piece of clay until someone calls it beautiful! It’s ridiculous how lucky we are in that sense; To be able to express ourselves however we want and call it ours. Having said that, yes sometimes the mental instability can be so crippling that it doesn’t allow me to do what I love. Sometimes the juices don’t flow but I think that’s when the curiosity comes in. If I don’t stay curious and interested in new creative directions, my art becomes stagnant. I think comfort is the true enemy of the creative mind.

I also think I am held back by physical recording gear that I don’t have or certain connections to the best musicians that aren’t there. This is part of my journey that I struggle with the most because I’m not the most well-off and professional gear is overwhelmingly expensive! There is also a steep learning curve when it comes to music production. I do think that with the right online resources, these problems can also be solved. And right now, I’m saving for the next upgrade in my recording setup which will probably open new doors in producing for other people.

Morning Harvester – what should we know? What do you do best? What sets you apart from the competition?
I’d like to think that I specialize in capturing the raw emotion of a song. I do have some experience recording other people and I make it my goal to worship the song and always cater to the emotion behind it. I also want to be known for blurring the lines between genres. I like to steal from everyone who has come before me and I’ll be the first to admit it! But I want to tear down the walls between my record collection and melt them into something new and exciting.

I also believe that music should lean back towards recording every musician together in one room. The magic behind the music of the 60’s has less to do with the gear they used and more to do with how imperfect it was! Some people think that music should be perfect and quantized but I think the rawest music always sounds the most human.

What moment in your career do you look back most fondly on?
I feel the most proud when other people tell me how my music affects them. I mean yeah, compliments are always great but whenever someone tells me that a song of mine describes how they feel, I can say I’ve done my job. I just want to keep that cycle going; a moving piece of music that can touch people the same way it touched me. 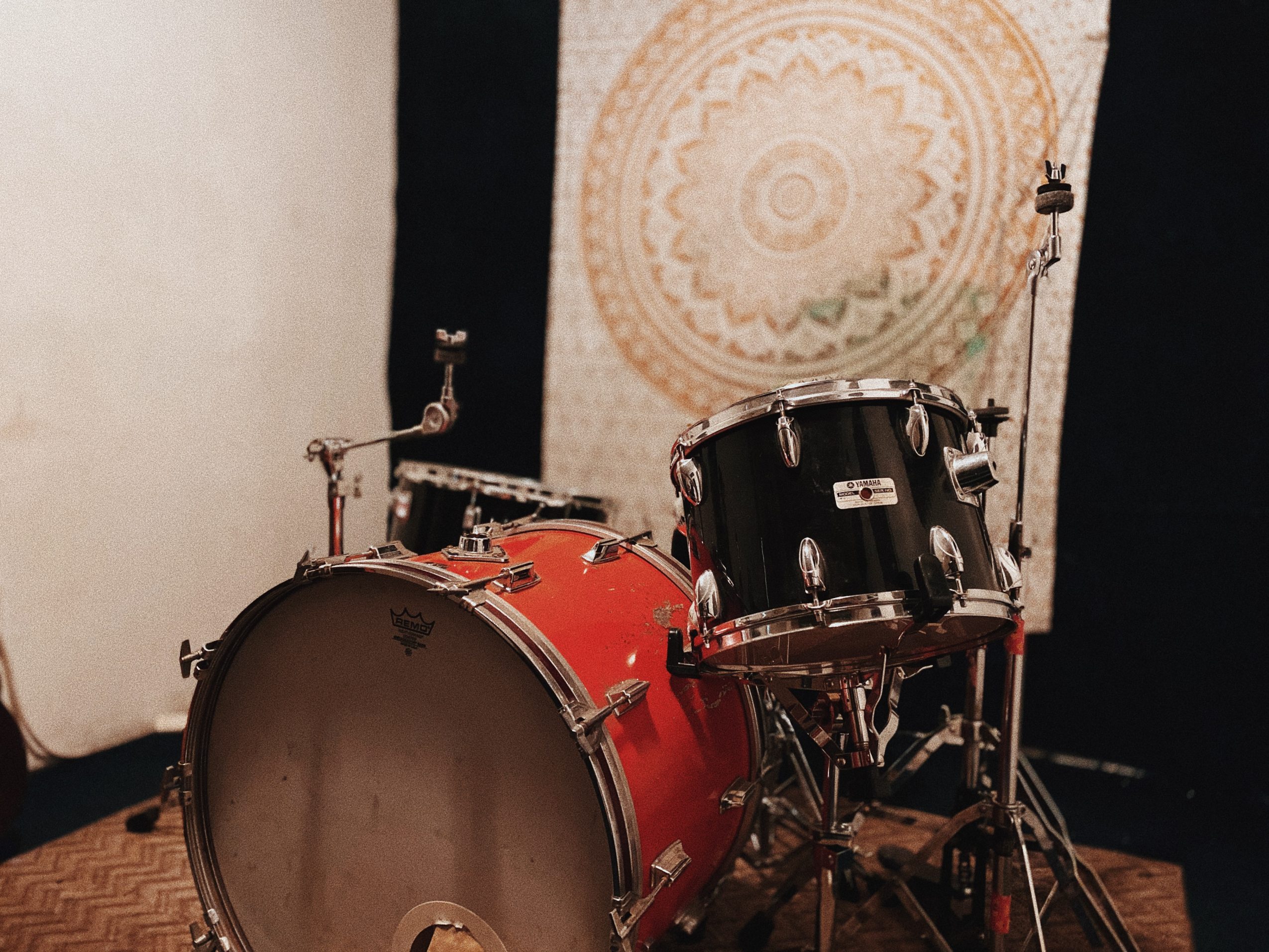 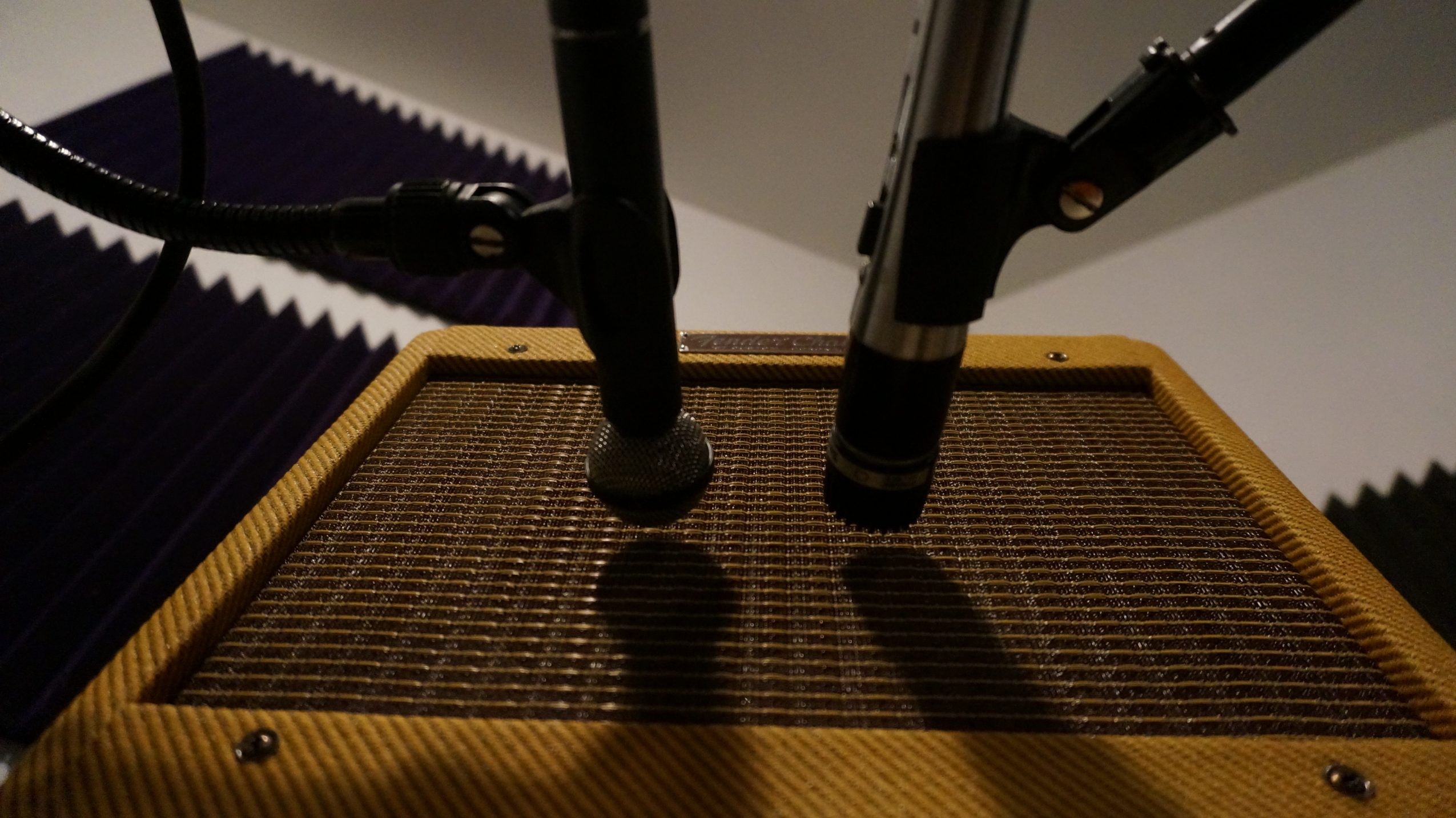 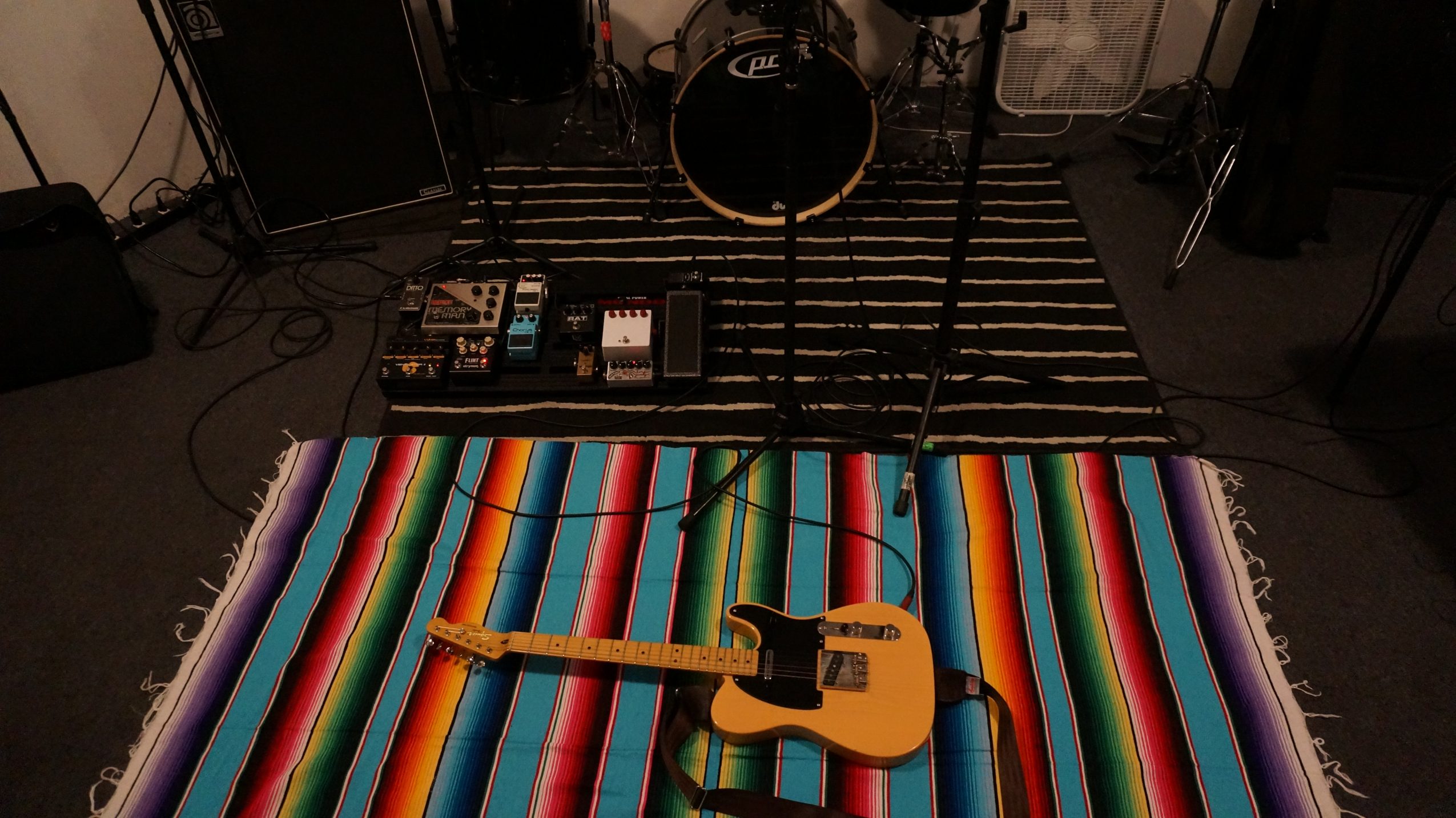 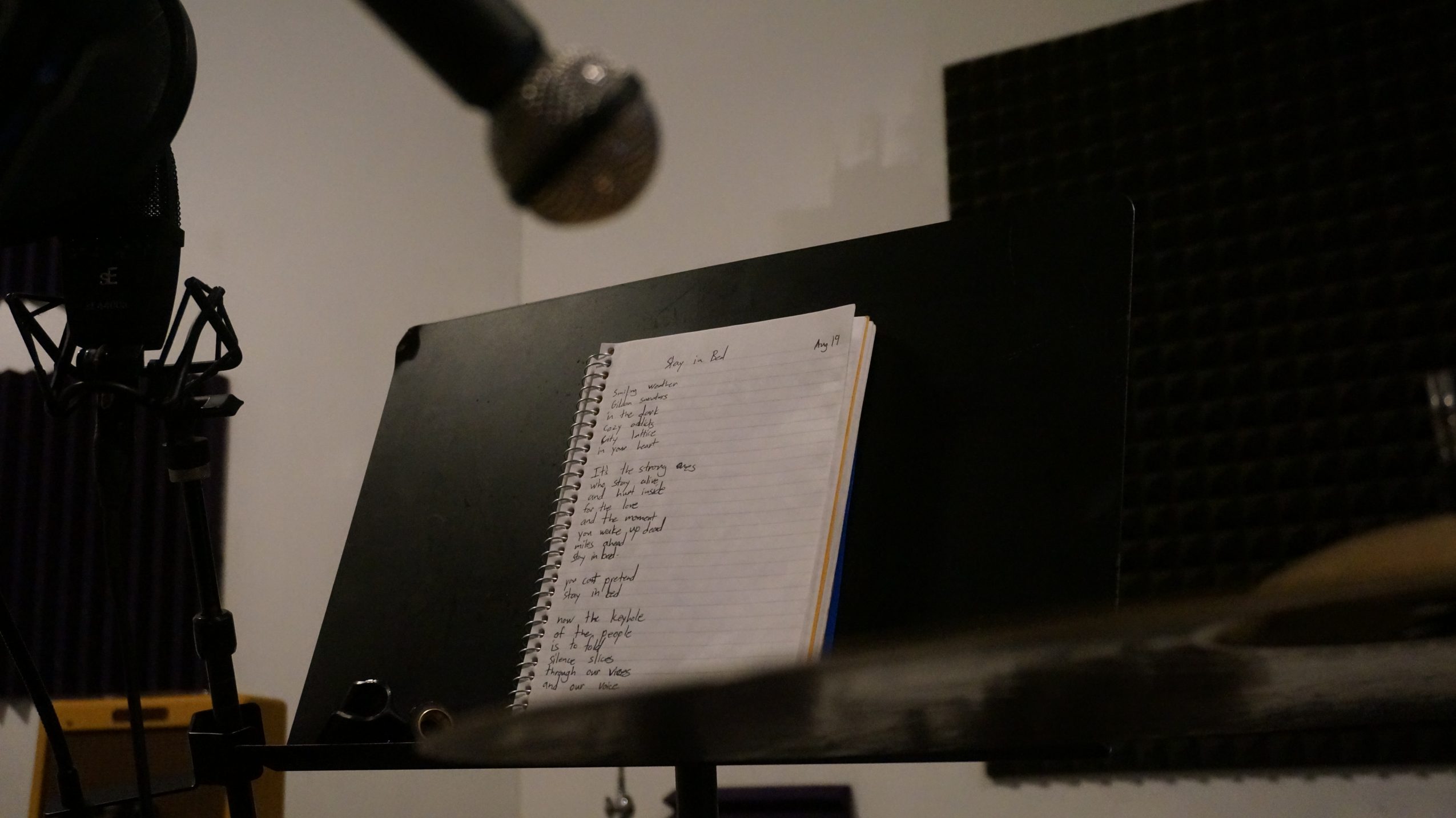 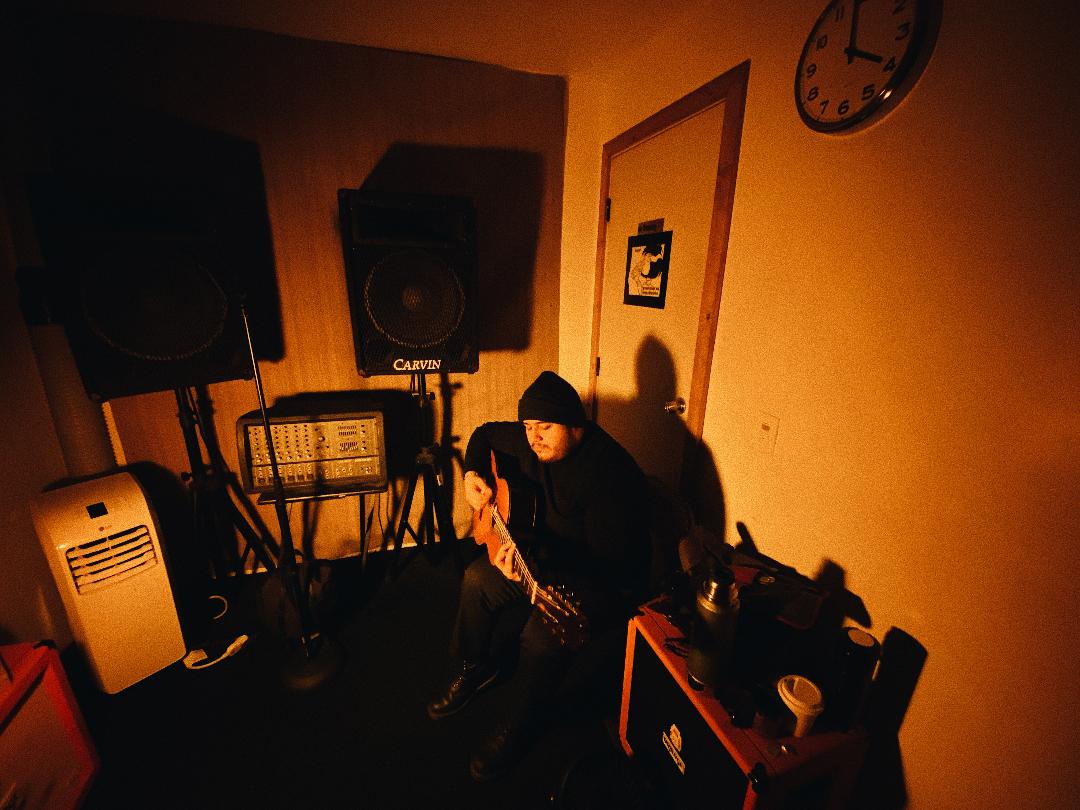 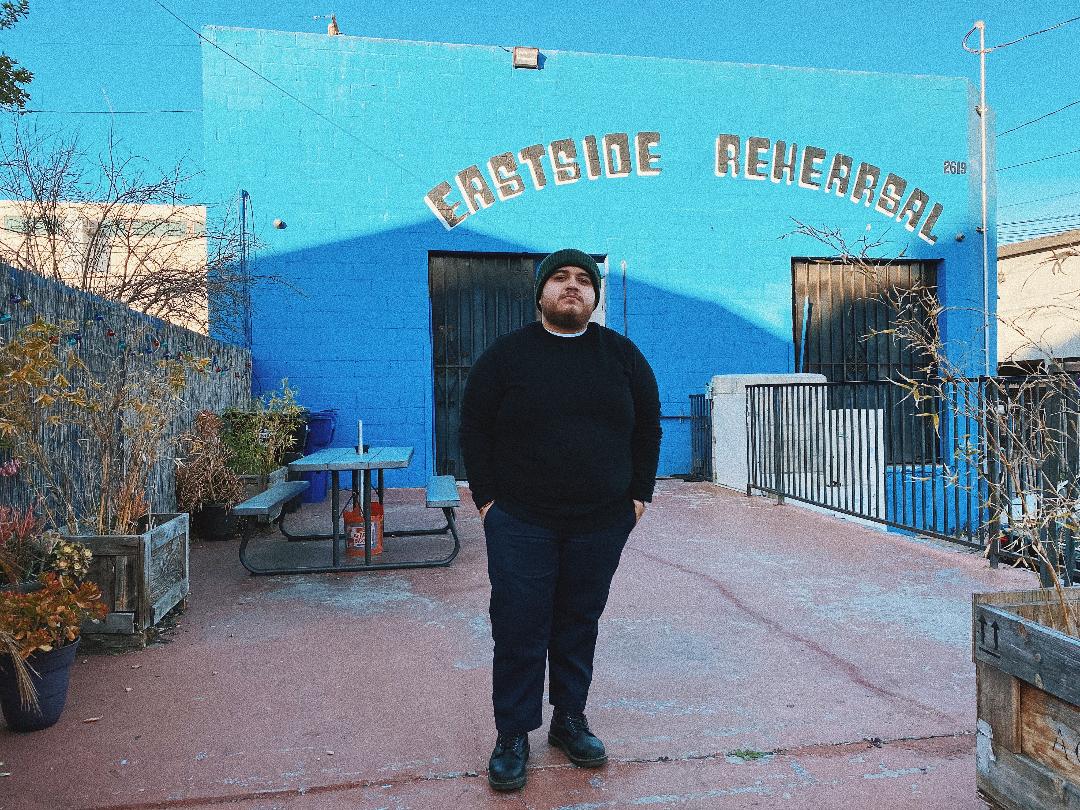 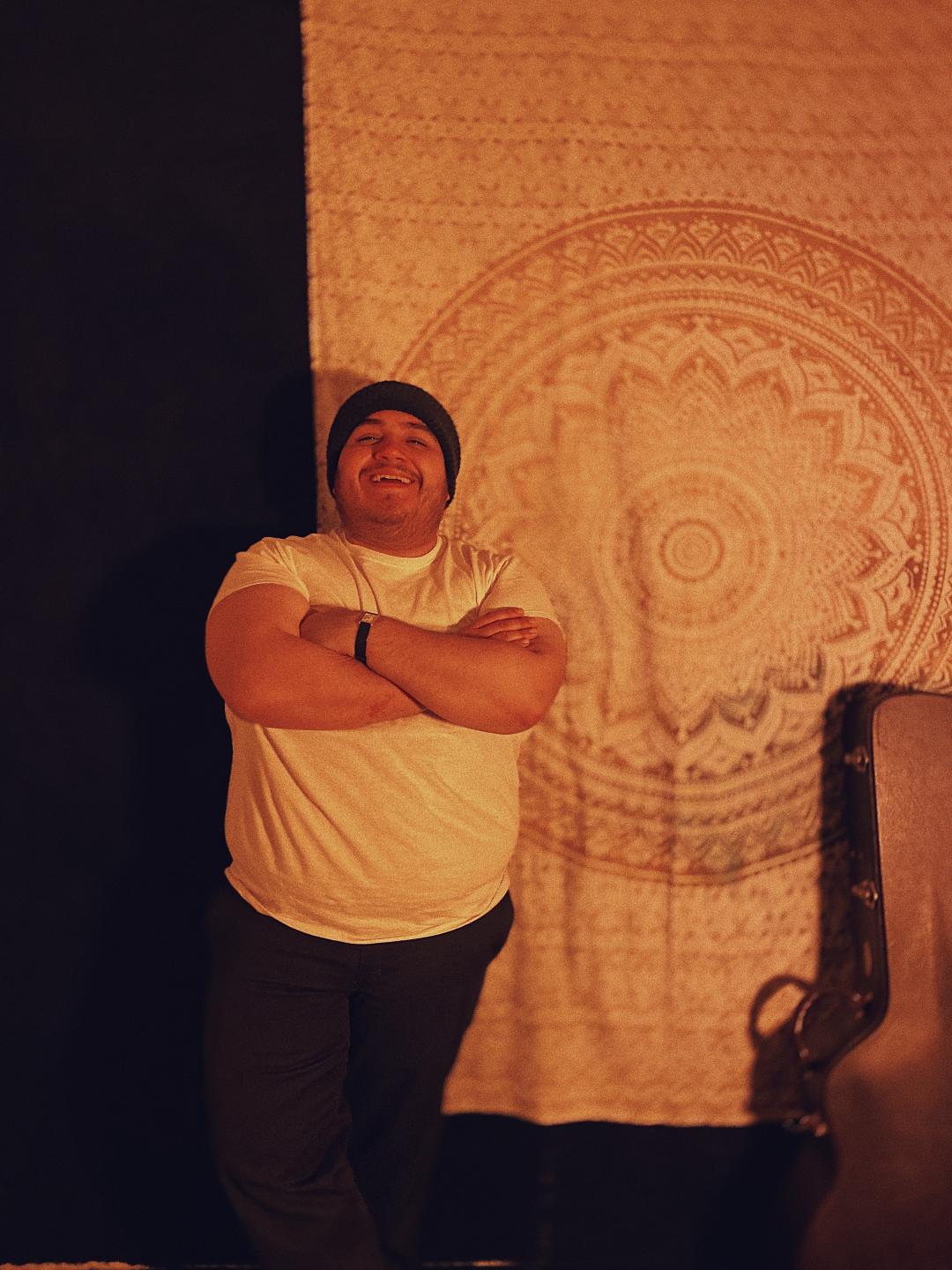