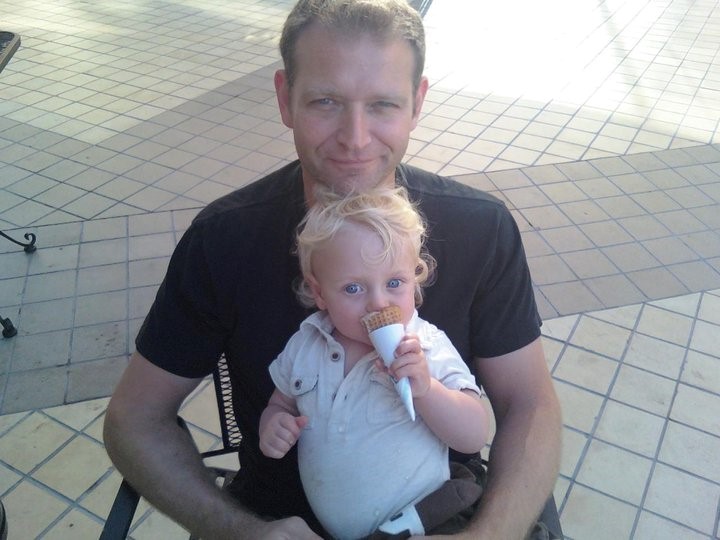 Today we’d like to introduce you to Morgan Margolis.

Thanks for sharing your story with us Morgan. So, let’s start at the beginning and we can move on from there.
After graduating from New York’s, The High School of Performing Arts in 1984, I went off to Stony Brook University to actually step away from acting and pursue law. In the end, I found it tedious and decided to go back to acting. After graduation, of course, I needed a job, and was fortunate enough to get some great bar gigs.

Also, early on I was lucky to work as an actor in episodic television, but, coming from an acting family (my father is famed character actor Mark Margolis), acting started to feel more a drudge job for me and the passion wasn’t as strong as I had hoped. I equate it to being the son of a lawyer or doctor and following in the family business or profession. I honestly loved the restaurant business, some of what was born from my passion of all arts, people, architecture, design and history.

Growing up in NY’s Tribeca I spent a lot of time watching the conversions from warehouses to live/work lofts–always fascinated by transformation yet keeping within the historic patterns of the properties. In my teen years, I also spent a summer traveling across Ireland with three friends – as we biked from one town to another, fifteen years old and looking older, we spent a lot time in the pubs. Got a great taste for Guinness, bar culture, and again, design.

I started bopping around NY, working at a multitude of bars, restaurants, and night clubs, and I covered every job: bartender, waiter, security, kitchen, management, operations manager, talent buyer, events planner, you name it, I did it. In 93, my then girlfriend (who’s my wife now) and I decided to move to Los Angeles. The first place I landed in LA was as the bar manager at a little bar in Pasadena called Abiento; then I moved to a night club in LA called Aftershock, from there I went to Luna Park in West Hollywood. Luna was an interesting experience. A multi-tiered venue with music (one of my other loves), restaurant, comedy and entertainment, I ran bars and ops there for a few years, then in 2000, I went over to the new Knitting Factory Hollywood as my old GM and boss needed help getting operations under control. Knitting Factory was a state of the art, 1000 capacity, three room music venue. In 2004 I became the GM, in 2007 I became VP of West Coast Operations, overseeing the expansion of Knitting Factory Hollywood to Boise and Spokane; That same year I was promoted to VP of National Operations, adding the Knitting Factory NY to my brief. In 2008 I took over as CEO. October marks the beginning of my 18th year on the road with the company.

We’re always bombarded by how great it is to pursue your passion, etc – but we’ve spoken with enough people to know that it’s not always easy. Overall, would you say things have been easy for you?
My job has really grown to become a portfolio manager. We have so many varying units now, each with different revenue models. Days can be daunting flipping the switch in my brain from looking at a record label spread sheet, to say, a national tour offer, or one of our restaurant units. Also, juggling multiple personnel nationally, and dealing diplomatically with everyone’s personalities. I sometimes say, “80% of my job is psychology at this point.”

The industry that we are mainly in: Music and Hospitality is very difficult, the margins thin and the competition level huge. It’s a constant struggle to stay relevant and deliver top notch product. I believe in my people and we do our best to hire competently.

So let’s switch gears a bit and go into the Knitting Factory Entertainment story. Tell us more about the business.
KFE is best described as a 360-degree Music and Hospitality Entertainment company. The company has been around since 1987 NYC, originating as an avant-garde jazz club. Since then, we’ve expanded to encompass multiple Knitting Factory music venues, other non-branded stand-alone venues, three restaurant concepts, two record labels, a management company, a national touring division and ownership in a multitude of other business including: a brewery, hotel, experiential marketing company, theatrical management, venue consulting and branded food and celebrity chef management companies.

Essentially the original Knitting Factory was an old textile factory on Houston Street in NYC, 1987. A collective of artists wanted a safe place to work on their music.

Hence; Knit, the Knit collective morphed into Knitting Factory, opposed to company folklore stating it was a sweater factory, it wasn’t. This year marks our 30th year.

Highlights…. three are so many. Moving Knitting Factory Manhattan to Knitting Factory Brooklyn. Launching a hospitality division with The Federal in 2011 North Hollywood, CA. Partnering up with iconic promoter Spaceland. Having our Desert Daze Music Fest voted one of the top US festivals last year and “the future of music festivals” according to one writer. Opening up Big Sky Brewery Amphitheatre this year in Missoula, Montana. Knitting Factory Records partnering with Partisan Records. So many…

Has luck played a meaningful role in your life and business?
It’s been a long road for me to get here. It’s always hard to pin point “good luck or bad luck” But honestly, I’d say it was the day after our old CEO left the company and our main investor in our company called me and offered me the CEO seat. It also meant that the rest of the senior executives in the company were behind me to take the reins. I’m both proud and humbled eight years later.

I’ve been lucky to have an incredible marriage of 23 years to a strong intelligent passionate woman and three sons to keep me inline. Without my family support, I would not be here. 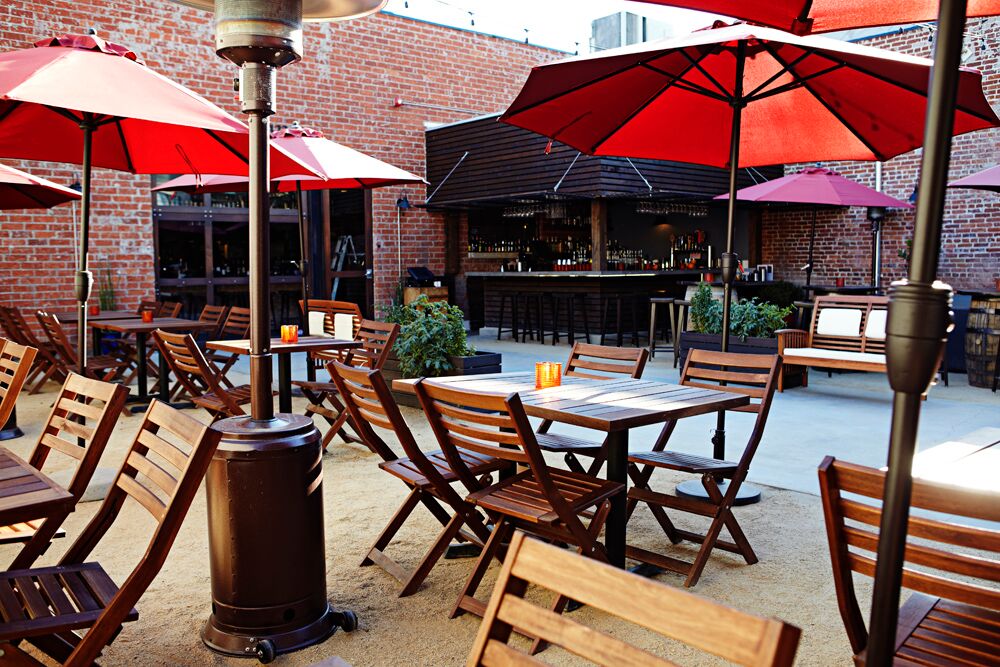 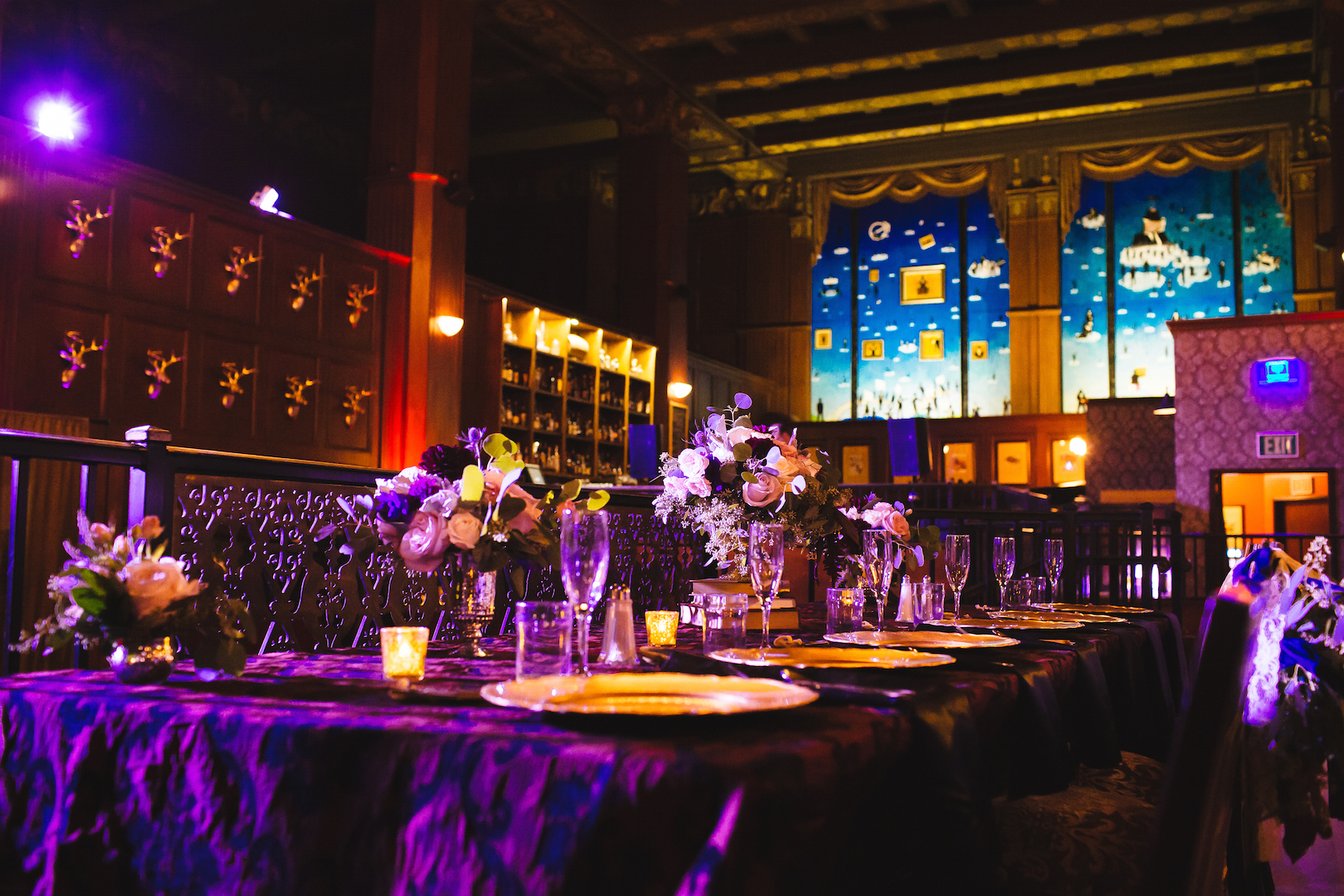 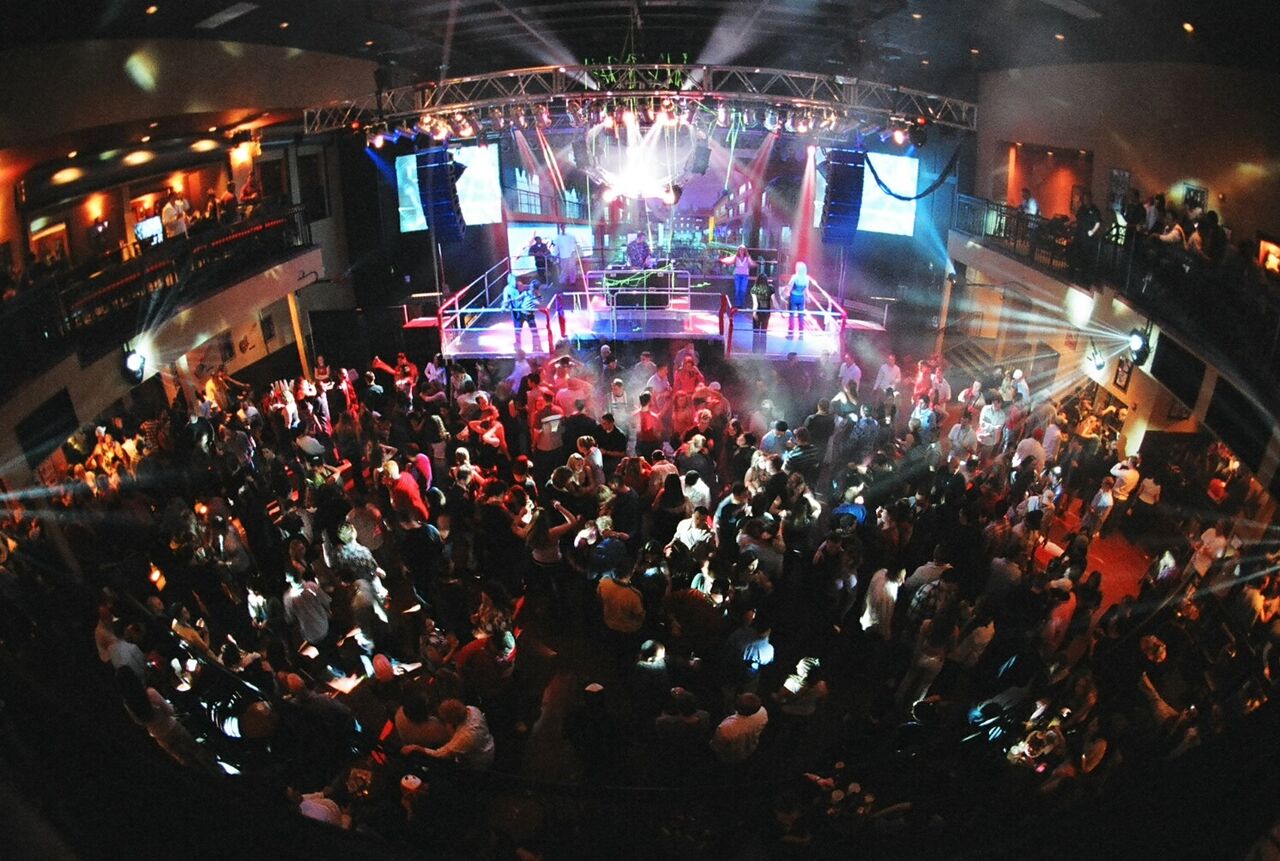 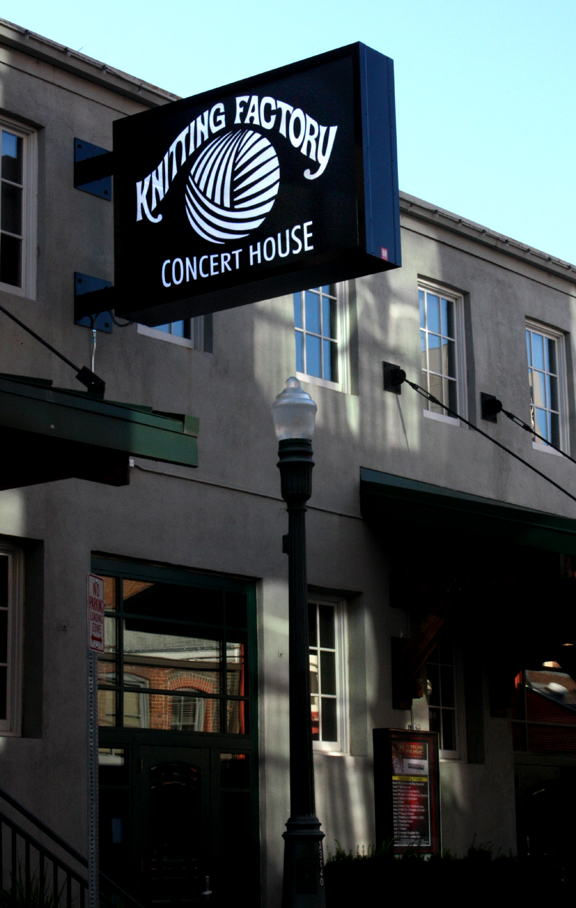 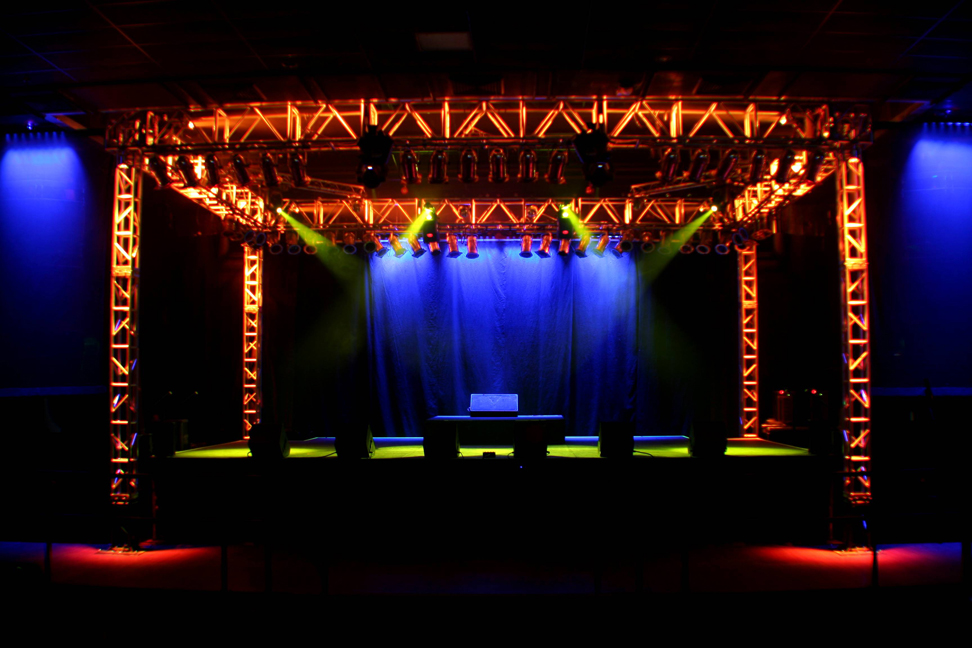 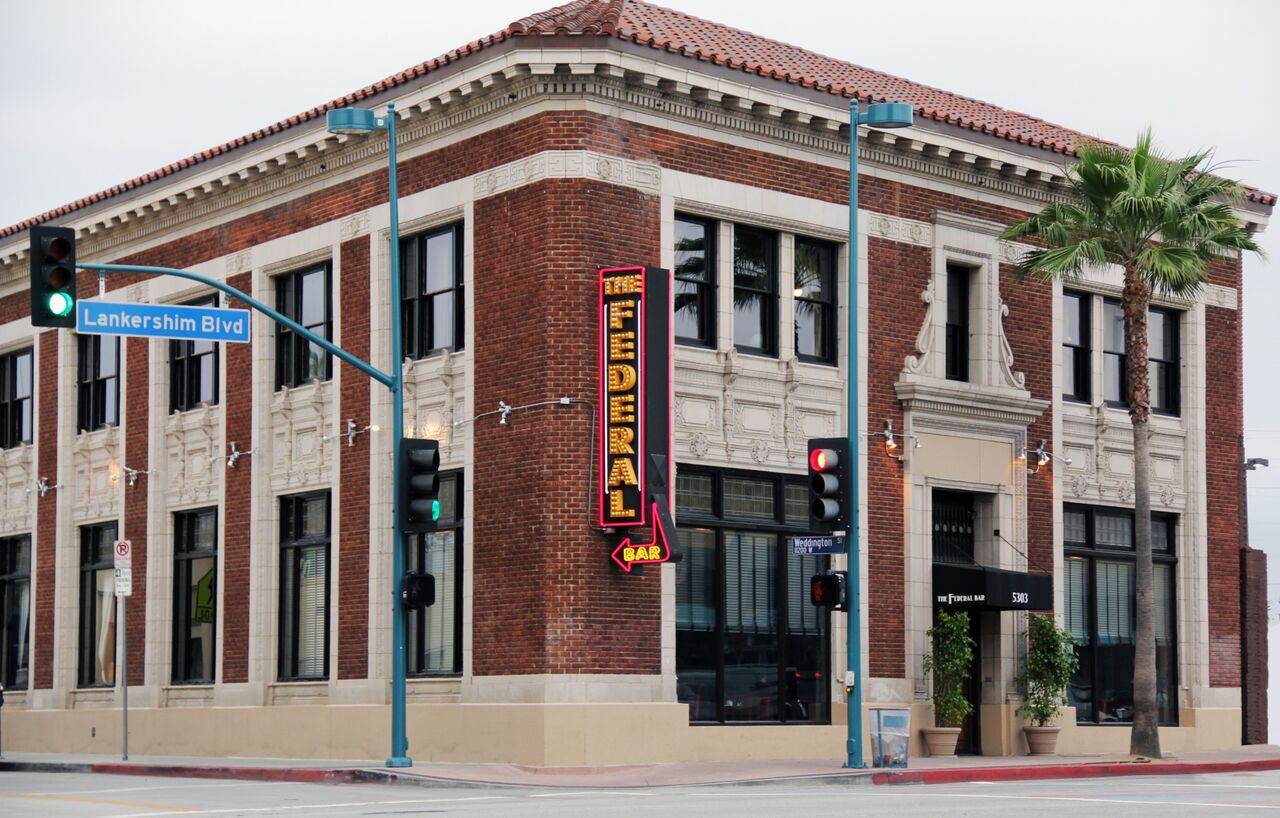