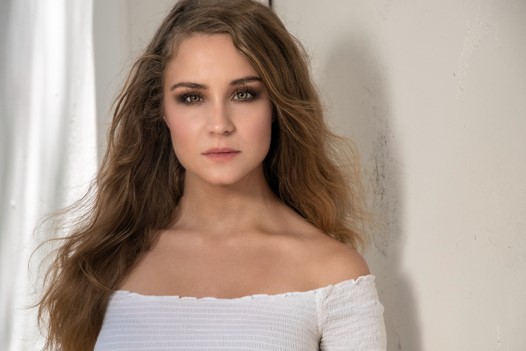 Today we’d like to introduce you to Michelle Ljungcrantz.

Thanks for sharing your story with us Michelle. So, let’s start at the beginning and we can move on from there.
After my high school graduation in Sweden, I was not sure which career I wanted to pursue. I decided to take a year off for traveling, but saving money was a hassle and the first job I got was not exactly my dream job. I still remember the first day I came into work when my supervisor starred at me and shook his head. “You are not wearing appropriate clothes,” he said.

My supervisor left and returned a few minutes later with something that I thought looked like a space suit and a gas mask. He told me to put it on, so I did. I think he gave me a spare set of his. I am a small girl, therefore I would have been able to easily fit in one of the legs of the suit. I was confused. “Why am I wearing this? Are we going to outer space?”. ” This suit is hard to walk in.” “Maybe If I lay down and start rolling, I’ll get to places faster” my thoughts went everywhere.

Then, my supervisor opened a door and gave me a huge vacuum cleaner, he told me to start cleaning. It was so much dust everywhere. I could not see my own hand in front of me. After what felt like an eternity, my supervisor told me he had another task for me. I was relieved; nothing could be worse than this. But I was wrong….. For the rest of the day, I had to stand next to a machine and press start and stop. It was driving me insane, pushing the same buttons over and over again for hours. The only highlights of the day were when someone was working next to me, and we could have a chat. But for most of the time, I was by myself.

After seven long months, I had finally saved enough money for traveling. I decided to take the world by storm and go backpacking by myself. I was 18 years old and ready for my adventure. I had no doubt that it would be an issue to travel alone. I encountered beautiful places in the world, such as India, Bali, Singapore, Australia, New Zeeland, and America. It was the best five months of my life. Backpacking all over the world felt as I was living in a dream. I experienced so many exciting things; horseback riding on the beach, scuba diving in the great barrier reef, skiing on beautiful mountains and camping in the rain forest. These were only a few of the amazing things I did.

However, my journey was not always smooth, I remember my first day in India. I had just arrived at the hostel and decided to go to the grocery store to get some food. On my way back to the hostel, I felt a hard push against my back, and my grocery bag was ripped out of my hand. I panicked for a second and I thought I was getting attacked. Although, when I turned around, my groceries were spread out on the ground and there were three cows munching on my apples. ” I guess they weren’t kidding when they said wild cows walk around the streets,” I thought to myself.

On my last day in India, I went to a travel agency to book a flight ticket and transportation to the airport. I got lost on the way and asked a gentleman for directions. This man was probably 70 years old. He showed me the way to the travel agency. When we arrived, he told me to wait outside, so I did. He came back a few minutes later with 2 flight tickets in his hand and he handed one over to me. “What is this for? “I asked him.

The man then explained that he had booked a flight for both of us to Mumbai, where we were going to get married. I was in chock, I politely disregarded the offer and told him that I was not interested. But this man would not take no for an answer. He told me that he would make me the happiest woman on earth, and then he put his hand down his pocket and pulled out a huge amount of cash. The man told me that if I agreed to marry him, he would give me all of the money. The old man started to really annoy me, so I decided to turn around and run back to the hostel. I mean he is in his 70’s, no way he’s going to be able to outrun me. He did not try to run after me, he just stood there and judging by the look on his face, he was surprised that I turned down his offer.

After my travels, I was completely sure that I wanted to study abroad. I went to Santa Barbra City College to study marketing, but that was not my cup of tea. Marketing was okay, but I wasn’t dying of enthusiasm. Pursuing a degree abroad did not meet my expectations since 80% of my class were Swedish and it felt like being back home. However, I tried one acting class just for fun and I loved it. After my first acting class, I knew that this was something I want to do for the rest of my life. I could feel it in my soul.

When I was backpacking, I fell in love with Australia, so I decided to start College in Sydney. However, I was told that there are more opportunities for new actors in Los Angles. Once I graduated in Sydney, I flew to LA to audition for a college. I was so nervous, they told me that they were looking for people who had “it” and brought something new to the table, something they have never seen before. It was one of the best days of my life when they told me that I was accepted to the school.

Finally, I am in Los Angeles and I just received my work permit. I signed with my first agency and I could not be any happier. I am living my dream. A few weeks ago, I did my first big theater performance outside of school, for the company “Theatre Americana”. The name of the play was ” Cesar Chavez” and I played the lead role; Helen, his wife.

In school, we were doing a play production for two months, where we had to audition for the roles of a play called Vilotte Sharp. I was chosen to play the lead role, Vilotte. It is an experience that made it easier for me to perform as the lead role outside of school, and I am grateful for the experience.

Overall, has it been relatively smooth? If not, what were some of the struggles along the way?
The beginning of my acting carrier was the most challenging. Everyone in my Australien class had much more experience in acting than me. The majority had done acting since they were little kids. I could not help but compare myself to everyone. I felt like I was not good enough. Performing in front of everyone used to make me so nervous and sometimes I would feel like I had to throw up. Although, when I moved to LA, that is when I started to believe in myself one hundred percent. Then it hit me, “If I don’t believe in myself, who will”? And I am not saying that I do not get nervous before I perform on stage, I still do. But I have learned to love that feeling and it shows me that I do something that I care about.

We’d love to hear more about your work and what you are currently focused on. What else should we know?
I have always done everything my way. Growing up, I never wanted to be like everyone else I wanted to be different. I remember in high school, all the girls straighten their hair, and since I didn’t want to look like everyone else, I always had my hair curly For prom night, I asked everyone what color of a dress they would wear, just so I could make sure that I would wear a color that no one else wore. I picked a black and silver dress, a dress that did show a bit of legs. The dress code was that your dress had to be long and cover your legs, I did break the dress code but I did not get in trouble. Instead, I got many compliments from friends and family telling me they liked my unique dress.

I am the same in my acting, I am not trying to copy anyone else acting even though they might do a great job. I interpret the script my way and try to make as bold and interesting choices as possible.

What is “success” or “successful” for you?
Success for me is being able to make a living off my acting. I do not want another job, I want to be able to pay my bills from just doing acting. I wish to inspire people who watch me and I want them to feel like I have made an impact on them.

What were you like growing up? Personality wise, interest wise, etc.
I loved attention when I was a child. When I was playing games with my parents, only one parent was allowed in my room. I did not want both of them in my room, because if they were both in my room they would talk to each other and I would not get all of the attention.

I was very creative as a child. My grandma has a cassette tape of me singing songs I am making up myself as I am singing.  The tape is one hour long. I loved to perform, I used to always perform small plays for my parents at least three times a week. My favorite class in school was when we got to write our own stories. I read a few of them when I went back for Christmas, and I remember thinking to myself, ” Wow, I had a lot of imagination as a kid.” 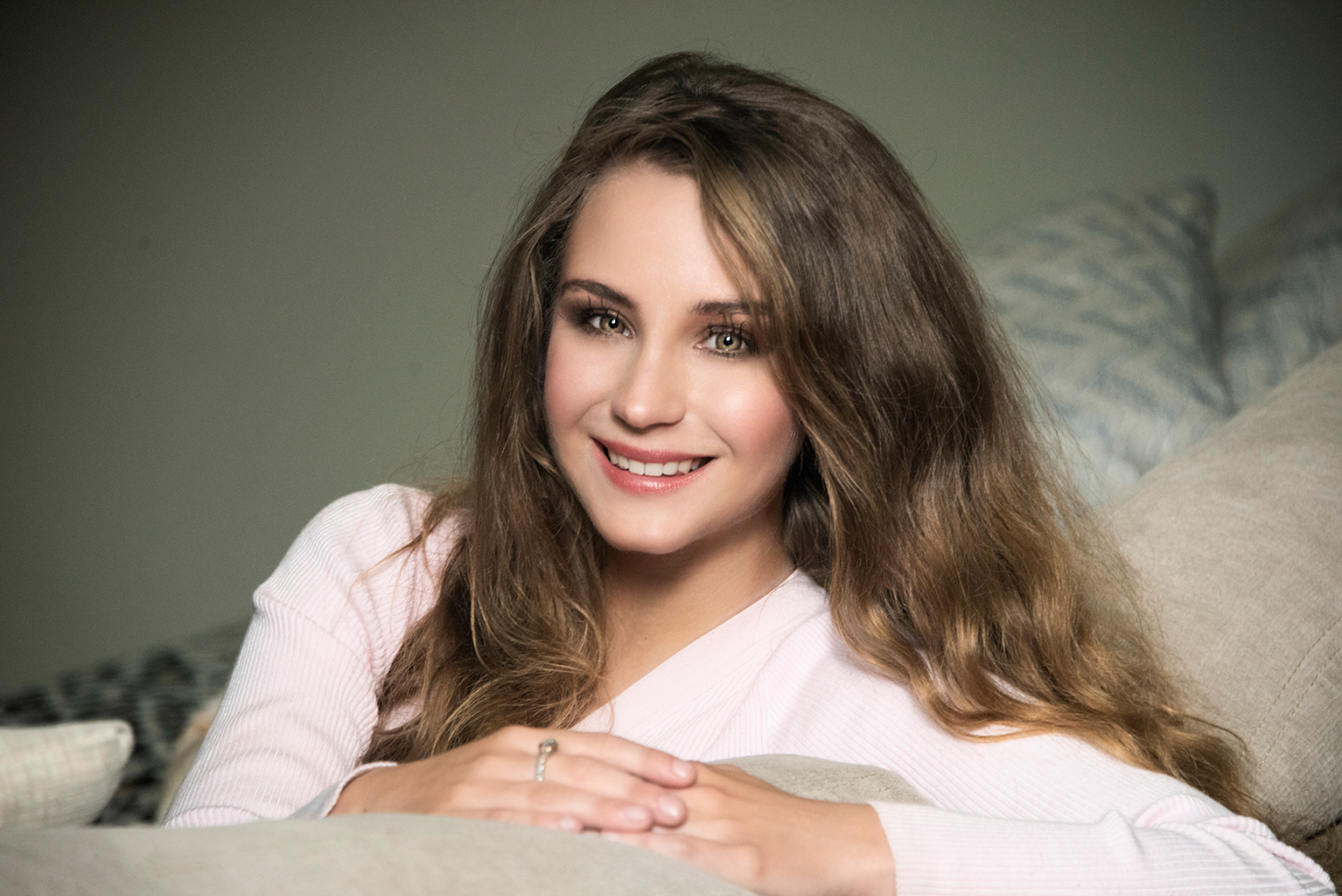 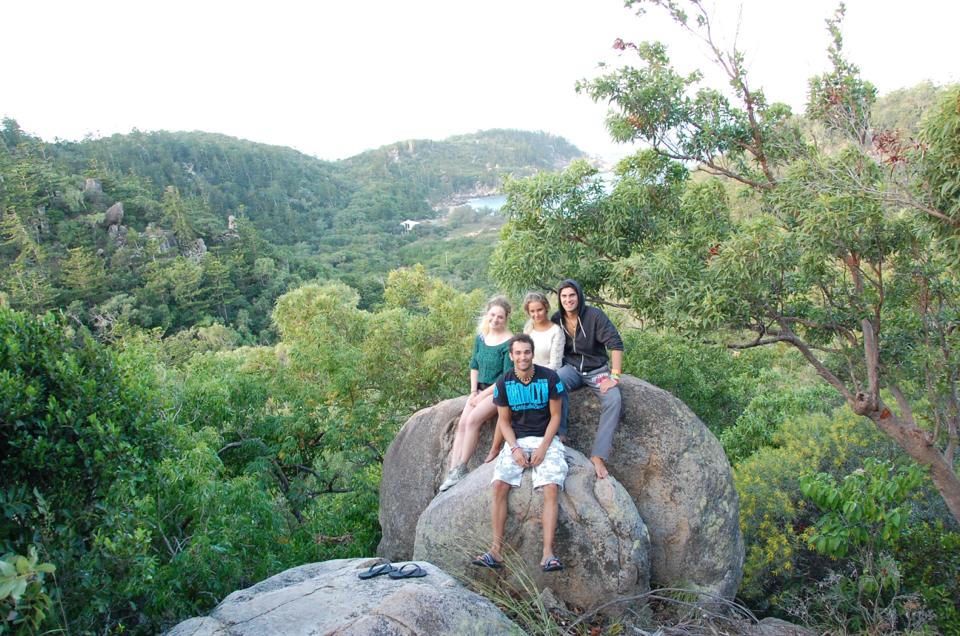 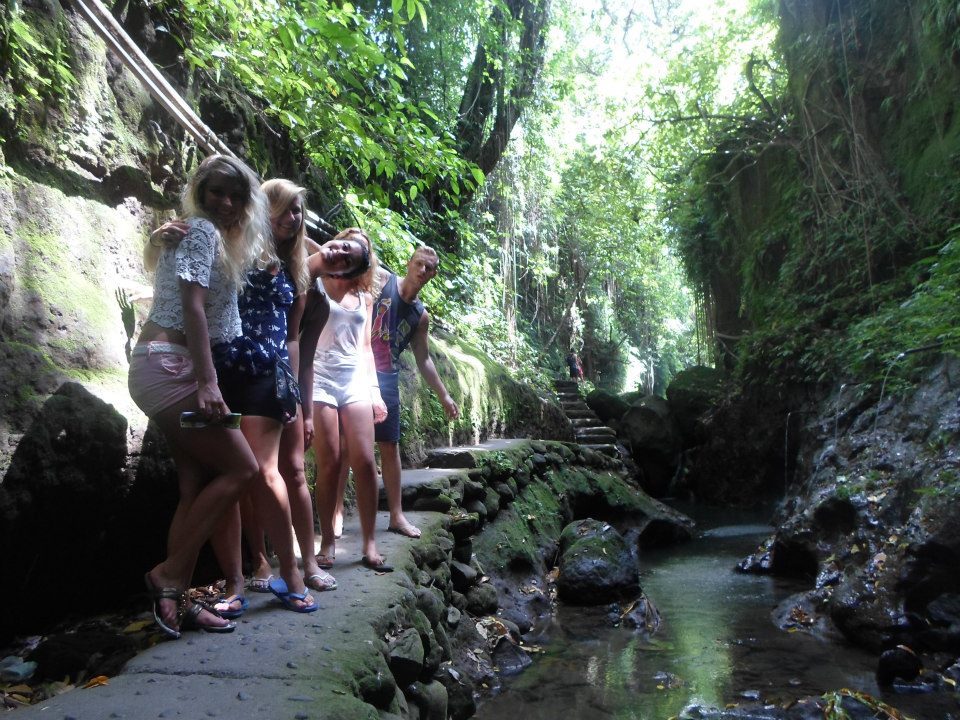 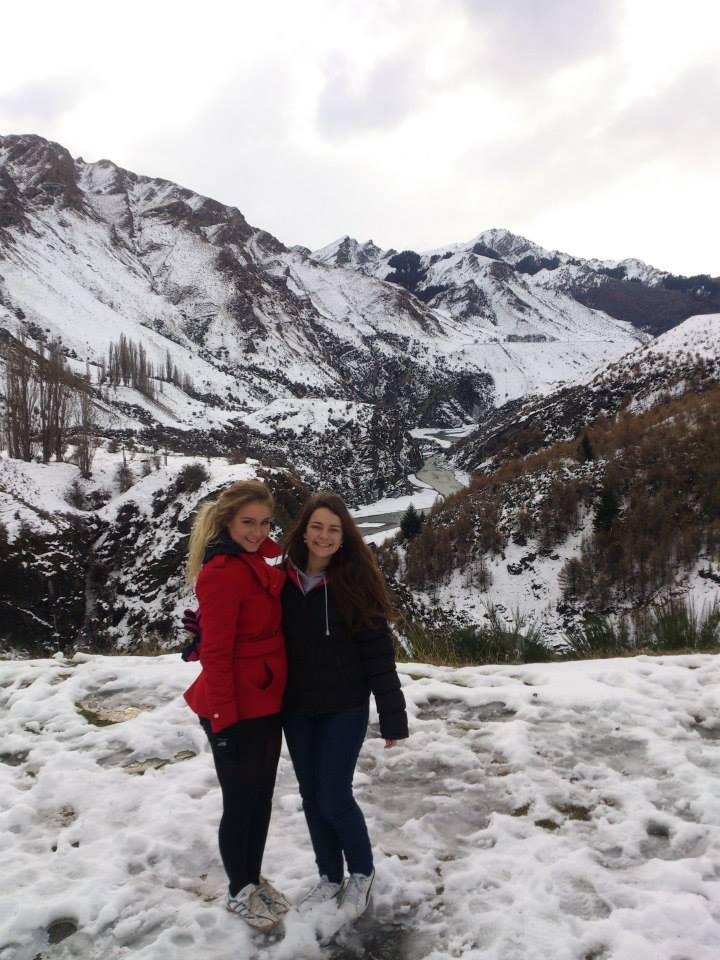 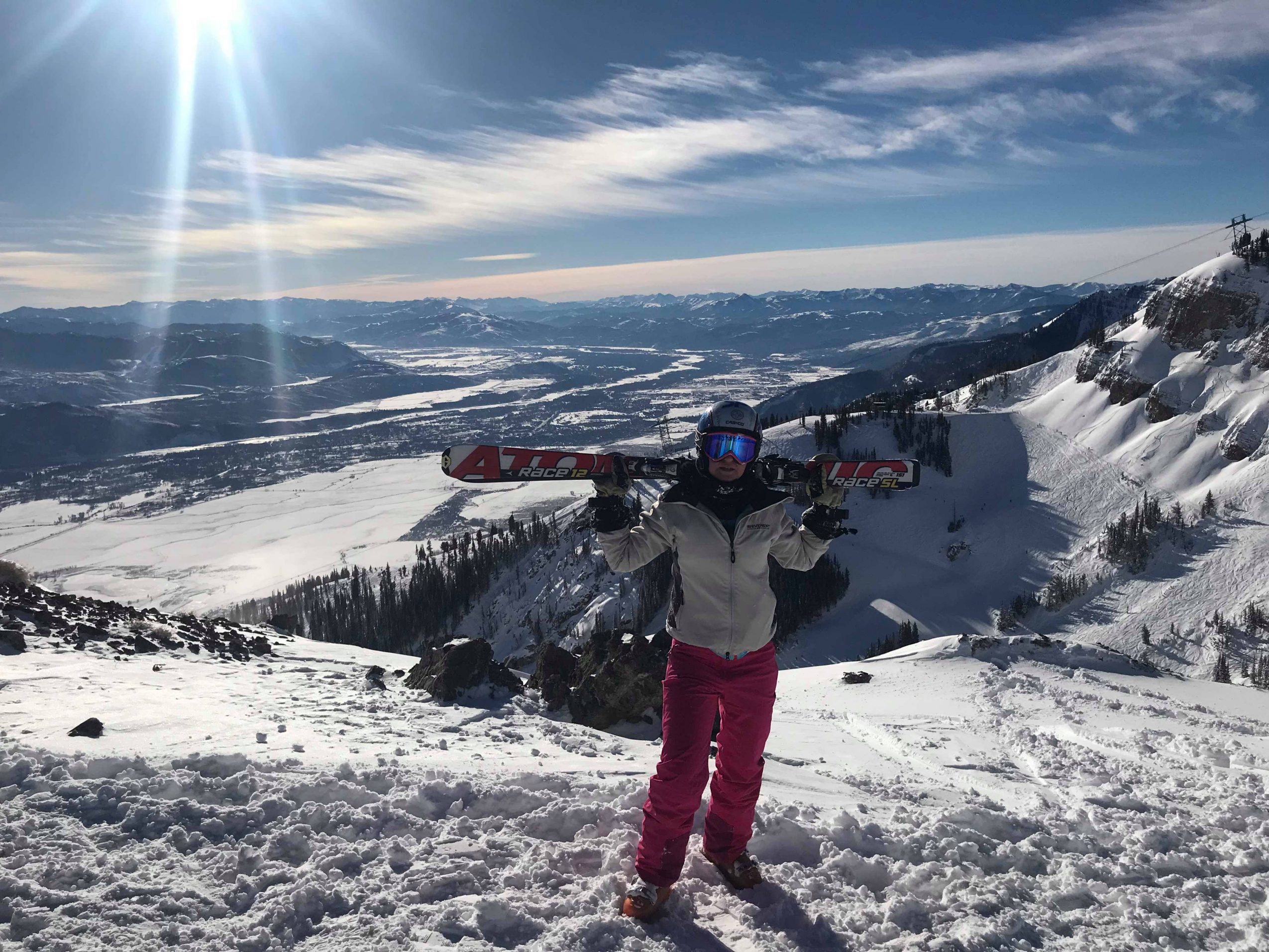