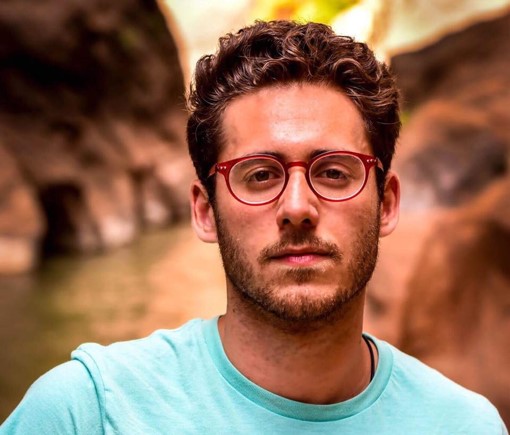 Today we’d like to introduce you to Michael Yosef.

So, before we jump into specific questions, why don’t you give us some details about you and your story.
I come from an Israeli born father and a South African born mother, who have been divorced for as long as I can remember. I am the first generation American in my family. I was born and raised in LA. I grew up here until I moved to Israel and then to Las Vegas and yet only to inevitably move back to LA, but I digress. Growing up in the City of Angels was quite interesting in the late 90’s going into the early 2000’s. I could understand from a young age that no one had any idea what was gonna become of my generation, it seems like they still don’t. That might have been a catalyst for what caused me to feel the importance of inspiring others, being around other creatives, all of whom feeling a massive responsibility to their peers, yet none of them really having a clue as to how they were going to benefit society as a whole—mainly creatively.

How I became creative might be due to childhood trauma. I was born with, well in a very concise way to put it, several severe stomach conditions. These conditions were misdiagnosed for the first four years of my life. When I was properly diagnosed, I needed surgery urgently, and not just quick and easy surgery, especially not in the 90’s when there wasn’t such a thing as robots performing surgical procedures. I have had five of these surgeries since birth and to not credit them in any way would be a disservice to my past. Being stuck in a hospital room for roughly a month at a time caused me to turn to something to educate myself as to what was going on “out there”. I turned to movies, rightfully so. These films didn’t just serve as a means to entertain myself while I was cooped up, they were my window into how other people digested the life around them. I was completely hooked. I felt a very deep-seated connection to films in my soul, and I still do. At that young of an age you don’t know how to make these magical creations that are movies, you just know they exist and that since they exist you can become a part of them.

Skipping ahead a lot, I am here today, 25 years of age, as a filmmaker. I say it proudly because I earned being able to say that with confidence as I continue to move forward in my never-ending pursuit of a career-making movies. I have written/directed/and produced entirely independent short films. One of which, “EMUNAH”, has been making its way through the festival circuit and has even taken in some credible awards (Indie Short Fest/Los Angeles International Film Festival winner for “Best Comedy Short”) and nominations. How I got here is a long story, yet the short answer is I didn’t know what else to do. Storytelling is the only thing I’ve ever felt any good at. It was, still is, impossible for me to ever stop. Only when you let go of the pressure of what it takes to do what you love, are you truly free to just do it because you love it.

We’re always bombarded by how great it is to pursue your passion, etc – but we’ve spoken with enough people to know that it’s not always easy. Overall, would you say things have been easy for you?
No, no it hasn’t been smooth. Far from smooth. There have been so many struggles along the way that it’s honestly hard to pinpoint the ones that have greatly affected me the most. One of the major tests along the road leading up to this point in my life was my first move out to LA on my own. You see, although I was born in here, I have also spent a large portion of my life living in Las Vegas. After attending UNLV (University of Nevada, Las Vegas) with a focus in FILM, I came right back. It seemed like the logical decision at the time, yet looking back it was a little premature. Murphey’s Law took full effect—whatever could go wrong did go wrong: health issues, relationship failures, roommate hurdles, employment troubles, etc. It reached a point where I was in my overpriced West LA apartment with my back laid across the fake hardwood, no money left, not sure if I was going to be able to stand back up…but I did just that, and now I’m not just up, I’m running.

Staying consistent toward a dream is a massive mental undertaking. 99.9% of the time it feels as though the world and the universe surrounding it are completely against you. There is that .1% of the time though, where everything is feeling just right and coming into place, and in those moments, as rare as they are, you MUST reassure yourself that this is what is meant for you, this is your destiny. Even with all my struggles I have chosen to stay persistent, and really that’s the battle; not so much the struggles themselves, they will come regardless, more-so how I chose to react to the struggles and overcome the hardships without giving up. Success for me always came directly after the moments I wanted to give up the most.

We’d love to hear more about your work and what you are currently focused on. What else should we know?
Luckily for me, I am my own company. My name is my brand since I am an artist. That comes with its perks but also comes with tons of pressure, mostly self-induced. I would say my specialties are in storytelling and networking. Telling stories isn’t necessarily what came naturally, I think I just enjoyed being the storyteller in my group of friends and just an all-around jokester that it became, over time, what I love to do the most. Whether or not there was a talent in me from a young age, that I’m not entirely sure of. I don’t think so. I simply think it is just what I love to do and there’s no reason for me not to do it for that exact reason. I love being social, although I don’t always love being around people. I enjoy finding out and learning about others’ experiences. That’s also why I would say I specialize in networking as well. Not just as a means to network for work opportunities, I mean it like…I just like meeting people and learning about people’s lives. It helps me gain perspective into my own life and probably helps with my screenwriting as well. I have written screenplays, acted in friends’ films, as well as directed and produced my own films. I love the art of filmmaking. I love that it is collaborative and requires so many other people with a passion in telling that same story in order for it to all come together. It’s a pleasure to be a part of.

I am most proud of my latest film, “Emunah”, it is a very personal project that’s relatively inspired by true events. “Emunah” means “faith” in Hebrew. I was born and raised Jewish, and although I am not so religious, I believe faith is only a positive. I don’t see any reason why people should have a negative outlook on faith alone. With “Emunah”, I intended to put a comedic spin on faith and what it means to me. It has currently won “Best Comedy Short” at a local LA fest and has been screened in front of an audience on the big screen in my two favorite cities (Las Vegas and Los Angeles). I feel very proud of that project and I am so happy it has been getting the responses I intended it to. I am also proud of my persistence, and that I keep writing. I am currently finishing up my fourth draft of my first ever written feature-length screenplay and I just feel immense joy knowing that I am still doing what I love most.

What were you like growing up?
I have always been a social kid. I enjoyed entertaining others, my family and friends specifically when I was in my toddler to teen years. Like I said earlier, my stomach problems had started at a young age, so films were an interest of mine I’d say by as early as the age of four. That has pretty much been my main passion and interest ever since, and my friends were the same. When I reached my teen years, I was far too mature and self-aware for my age. Whenever I was in my goofy mood I used it as a means to entertain my friends and disturb the status quo. I would take the bus system and run away from home almost every weekend. Most my friends lived in Malibu and I lived in the valley.

Their homes were much nicer. I would leave my house without permission, head to the bus all the way to the Santa Monica promenade (an average 3 hour trek), and then meet my friends to inevitably stay in a mansion along the beach. By the time my parents would check on me they already knew I was in Malibu. This became my norm as a teen until I eventually moved to Vegas and essentially “Grew Up” into an adult. As I grew, I knew I couldn’t stay the way I was as a teen forever. I took advantage of my undisturbed youth while I could, and I don’t have any regrets in doing so, in fact the opposite, I hope all kids do what I did. Act a fool. Be a mess. Those are the years to do it. Now I focus on my hopes and dreams at a career in what I’m most passionate about, my family, my girlfriend, and my well-being and I am okay with that. 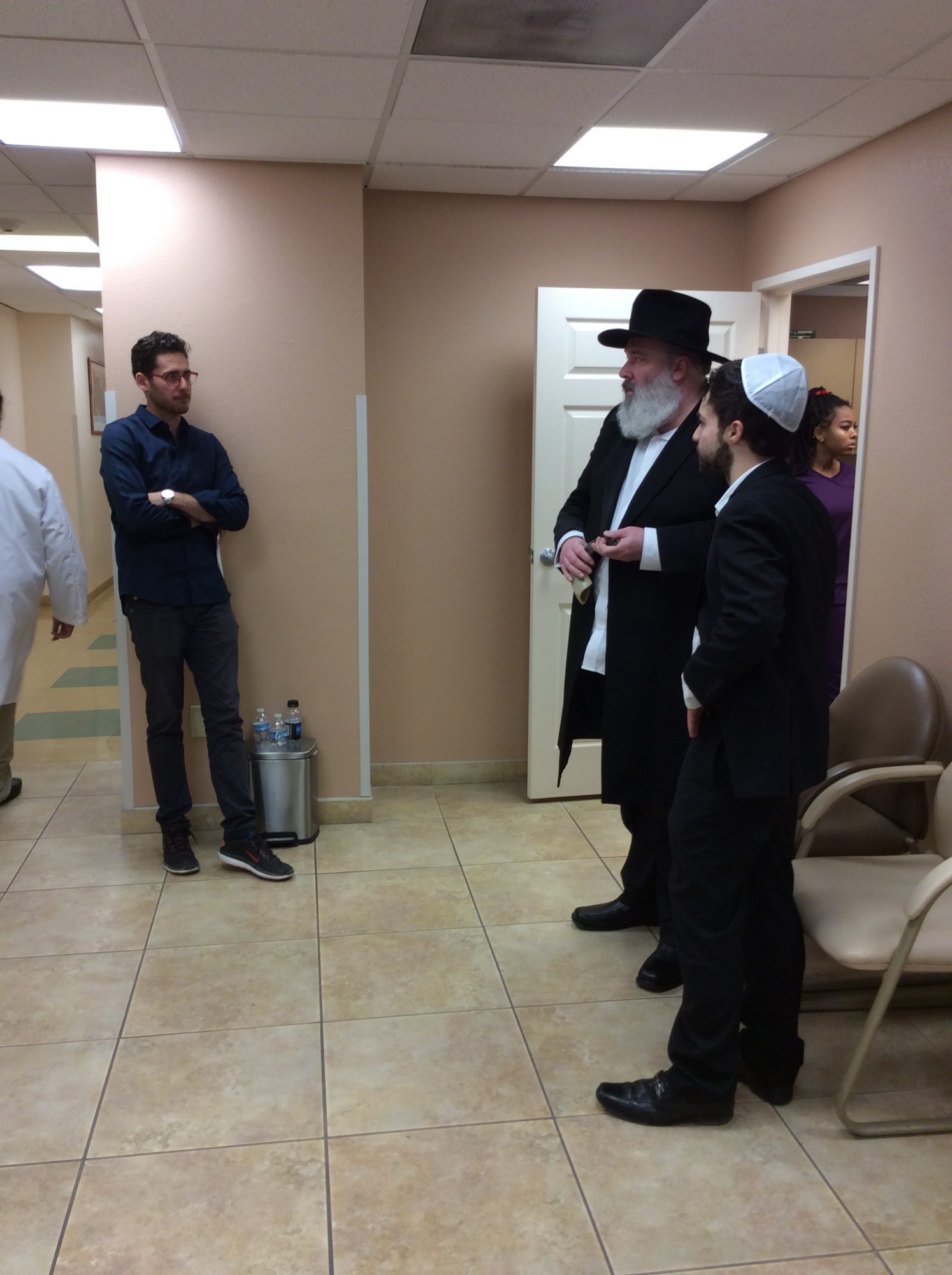 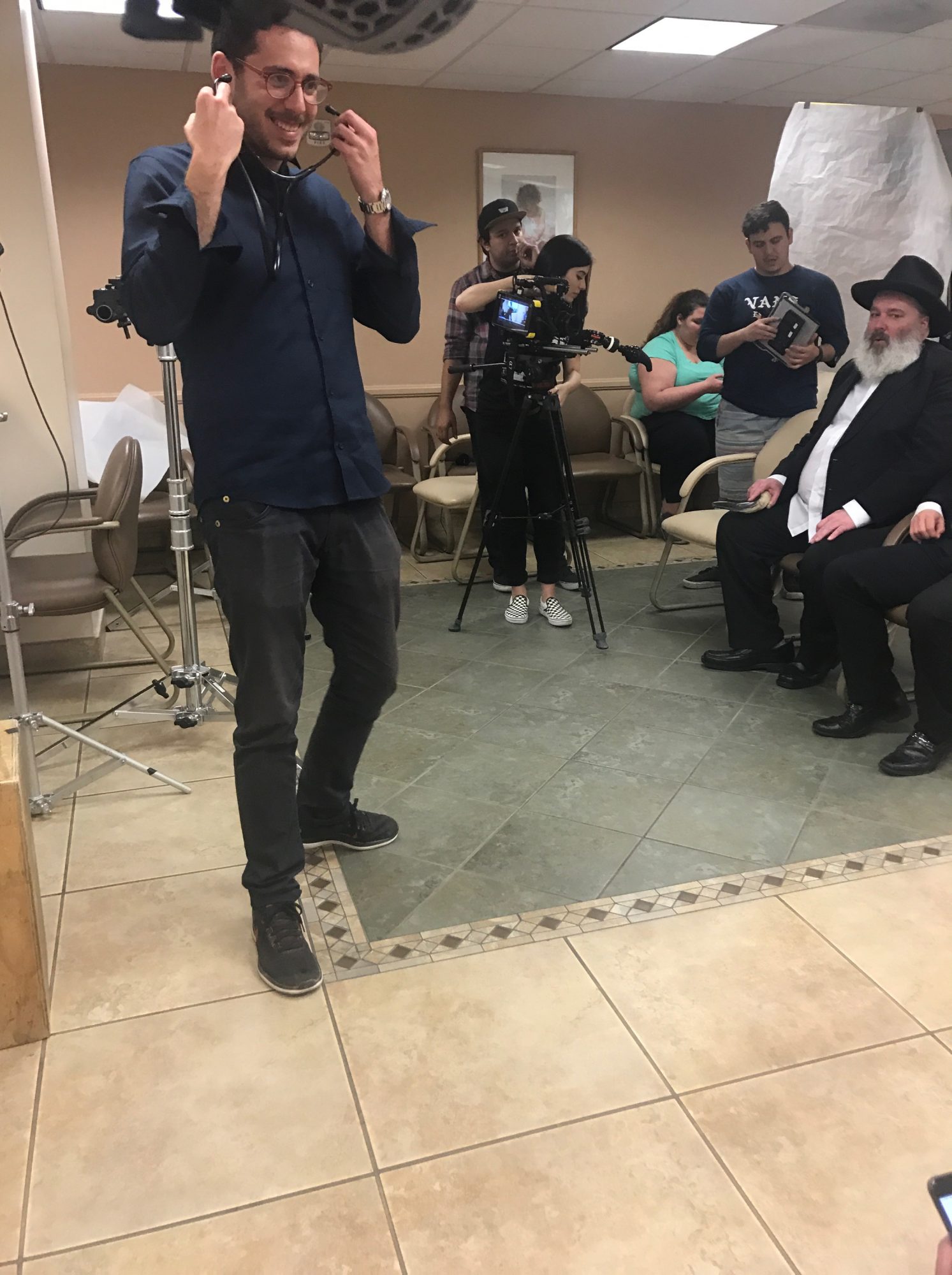 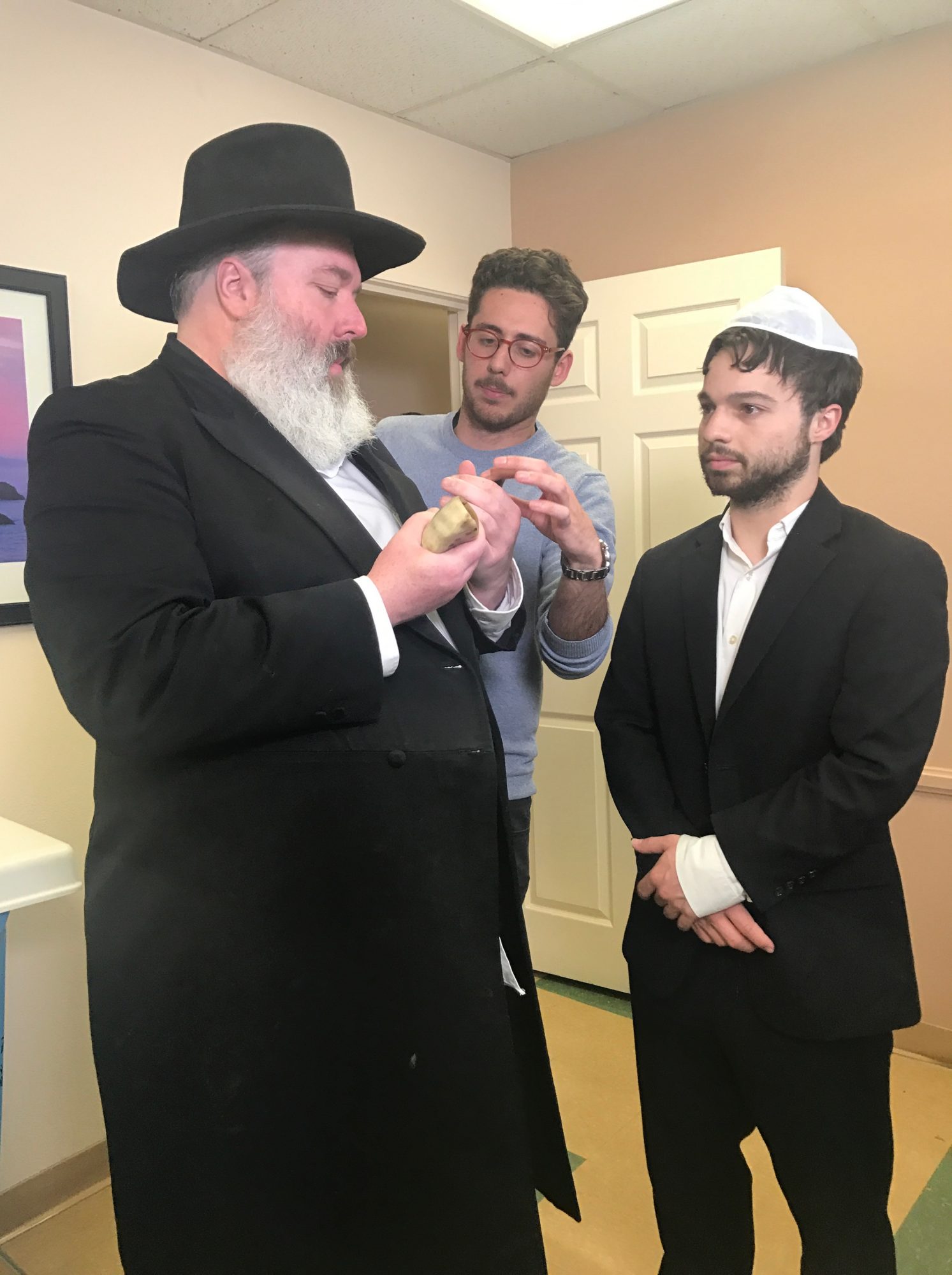 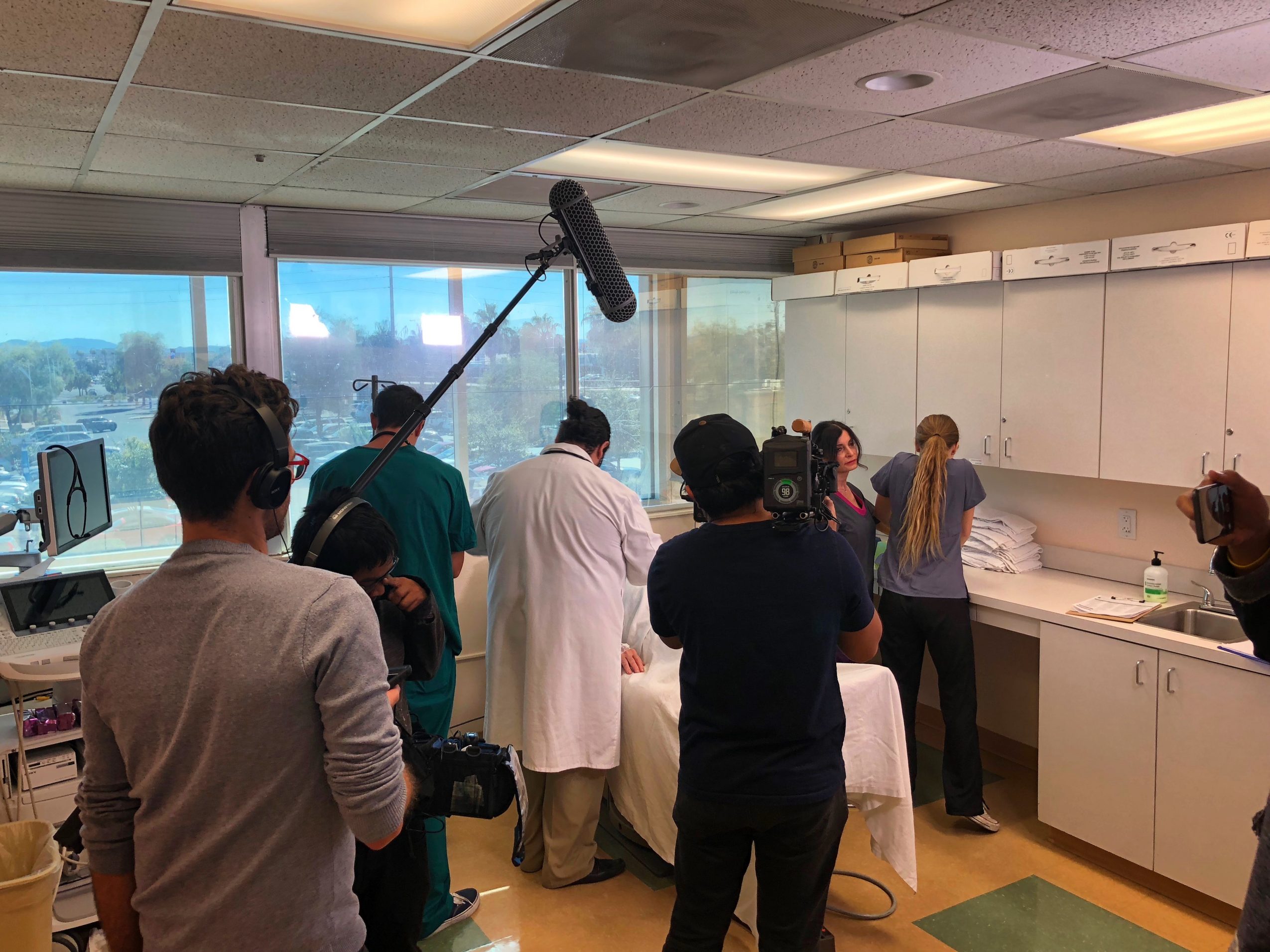 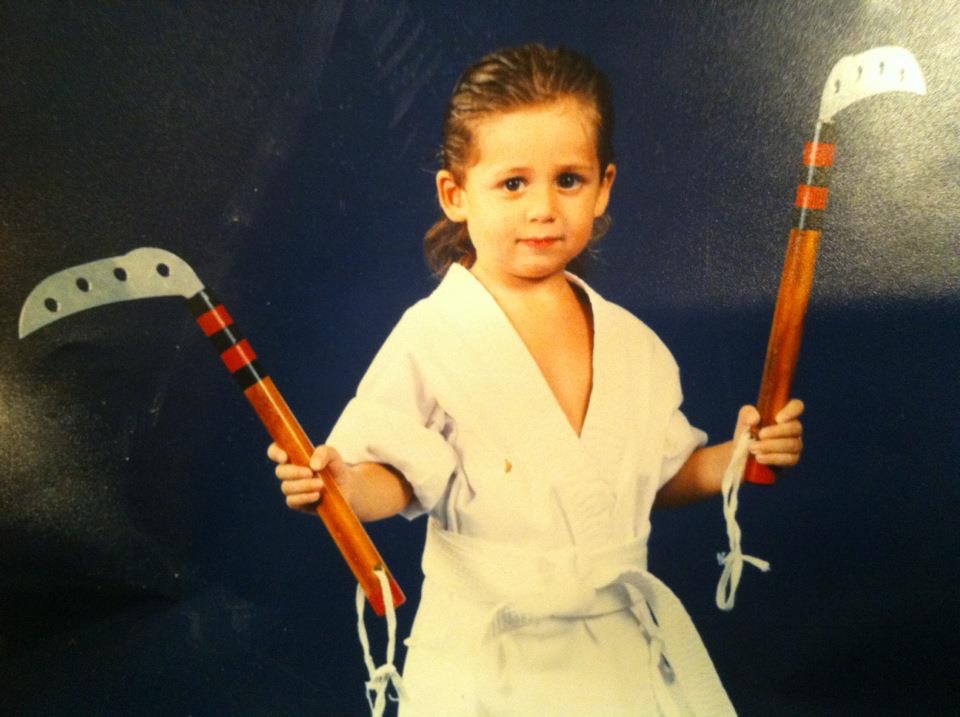 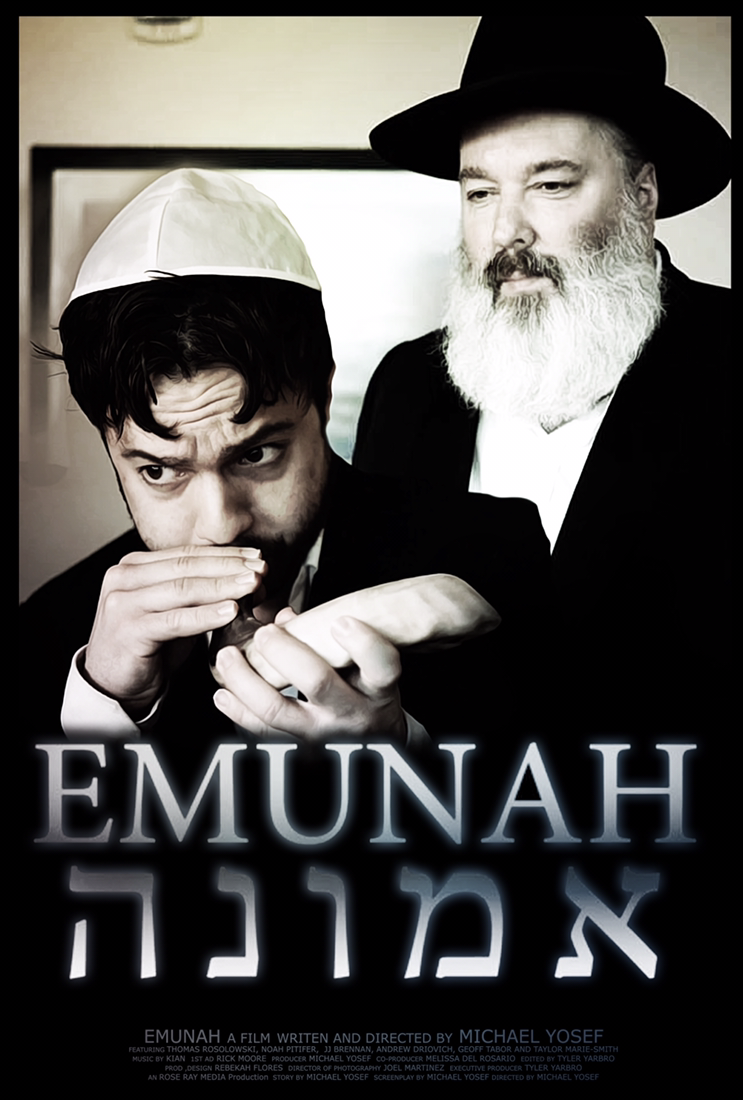