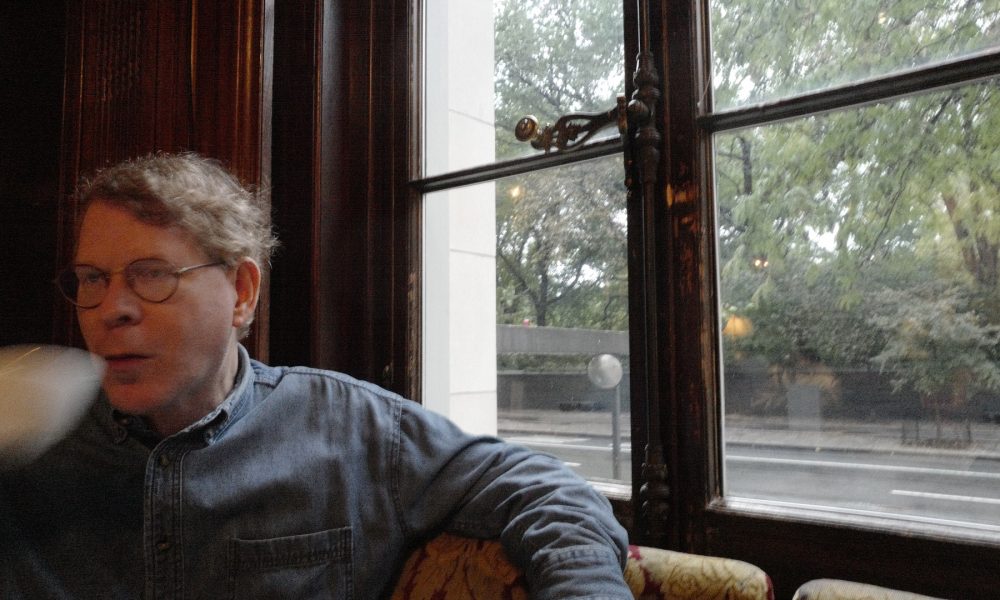 Today we’d like to introduce you to Michael Robinson.

Michael, before we jump into specific questions, why don’t you give us some details about you and your story.
Early in my life there seem to have been two passions – sports and music. Following several ankle injuries in junior high school, I focused entirely on music with the incredibly inspirational support of my high school band director, Rollan Masciarelli. Most fortunately, my subsequent teachers and mentors have been some of the most famous musicians in the world, including Lee Konitz, Leonard Bernstein, Steve Reich, Ray Manzarek, and the senior disciple of Ravi Shankar, Harihar Rao.

My motivation has always been to create original music as opposed to copying styles of the past or present. This has entailed distilling elements of American jazz, European classical, and Indian classical music into a personal new or strange brew, the latter phrase evoking how rock and pop are so much a part of me as to be invisible. Central to my vision is composing and creating performances using a combination of software and hardware named the Meruvina, taking advantage of this medium’s unique expressive and technical capabilities.

Together with creating music, I decided to form my own record label, preferring this approach to the compromises inherent in working with existing labels. Today, Azure Miles Records has 143 releases of my music, enough to fill nearly a week of time. Various publications and radio programs have included these recordings with the leading labels and artists in the world. For example, one of my three 2019 releases was featured in a prestigious multi-genre Best 100 Recordings of 2019 together with albums by Billie Eilish, Kronos Quartet, Steve Reich, Stan Getz and Chick Corea among other luminaries from diverse genres. Over the last few years, I’ve begun recording piano improvisations, too, and this is something I enjoy and plan to continue.

In addition to being a composer and performer, I’m also a musicologist who has been a lecturer at leading universities including UCLA and Bard College. My essays about music, numbering well over 200 to date, have been used by Carnegie Hall and MIT publications; classes at NYU, CalArts and UC Berkeley, and are included in the Bob Dylan Archive in Oklahoma.

I’ve also given programs for kids, and especially wonderful was doing so with underprivileged children in Pasadena. These girls and boys were so excited hearing my melodically colorful and rhythmically animated music they began dancing along with vocal exclamations. They were responding joyously to music not normally heard in their lives that touched something deep inside nonetheless.

Overall, has it been relatively smooth? If not, what were some of the struggles along the way?
There have been times I felt my music wasn’t receiving enough attention, and that feeling can give you the blues. During those times, I reminded myself how fortunate I am to be living in a country where the freedom to follow one’s individual artistic path is allowed, especially since my forebears fled pogroms prior to the Holocaust to come here.

Can you give our readers some background on your music?
Azure Miles Records was formed to present the changing seasons of my music to the world. The name of my company is after Yeats, “Maybe in some isle of isles, In the South Sea’s azure miles…” and I now have a catalog of 143 albums. Our compact disc editions use hand silkscreen and hand woodblock printed papers from Japan, India, Nepal and Thailand for cover art. I choose the silkscreen design to reflect and enhance the music.

Looking back, at the time Azure Miles Records was formed, Karlheinz Stockhausen was the only other composer I was aware of with a label featuring only his music, and since then myriad others have followed similar models. Many find my music highly original, and I do my best to support this with distinctive production virtues, including superior recording, mastering, liner notes, and packaging. I suppose I’m most proud of having a catalog of 143 albums even though quality is always the issue rather than quantity.

Any shoutouts? Who else deserves credit in this story – who has played a meaningful role?
I have been very fortunate to have myriad inspiring music teachers, friends and family who have assisted me in various ways. Without them, I would be nowhere. Really too many to mention here! 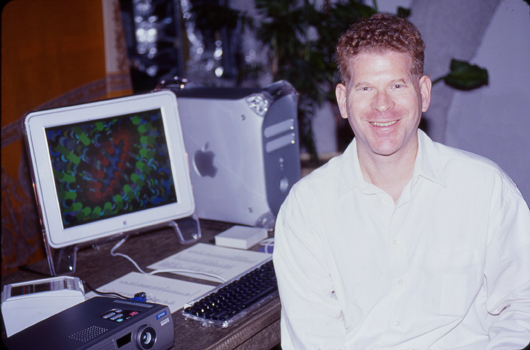 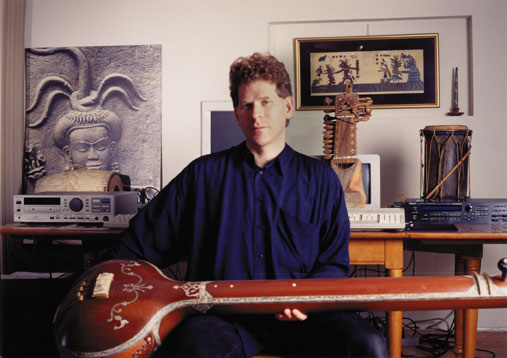 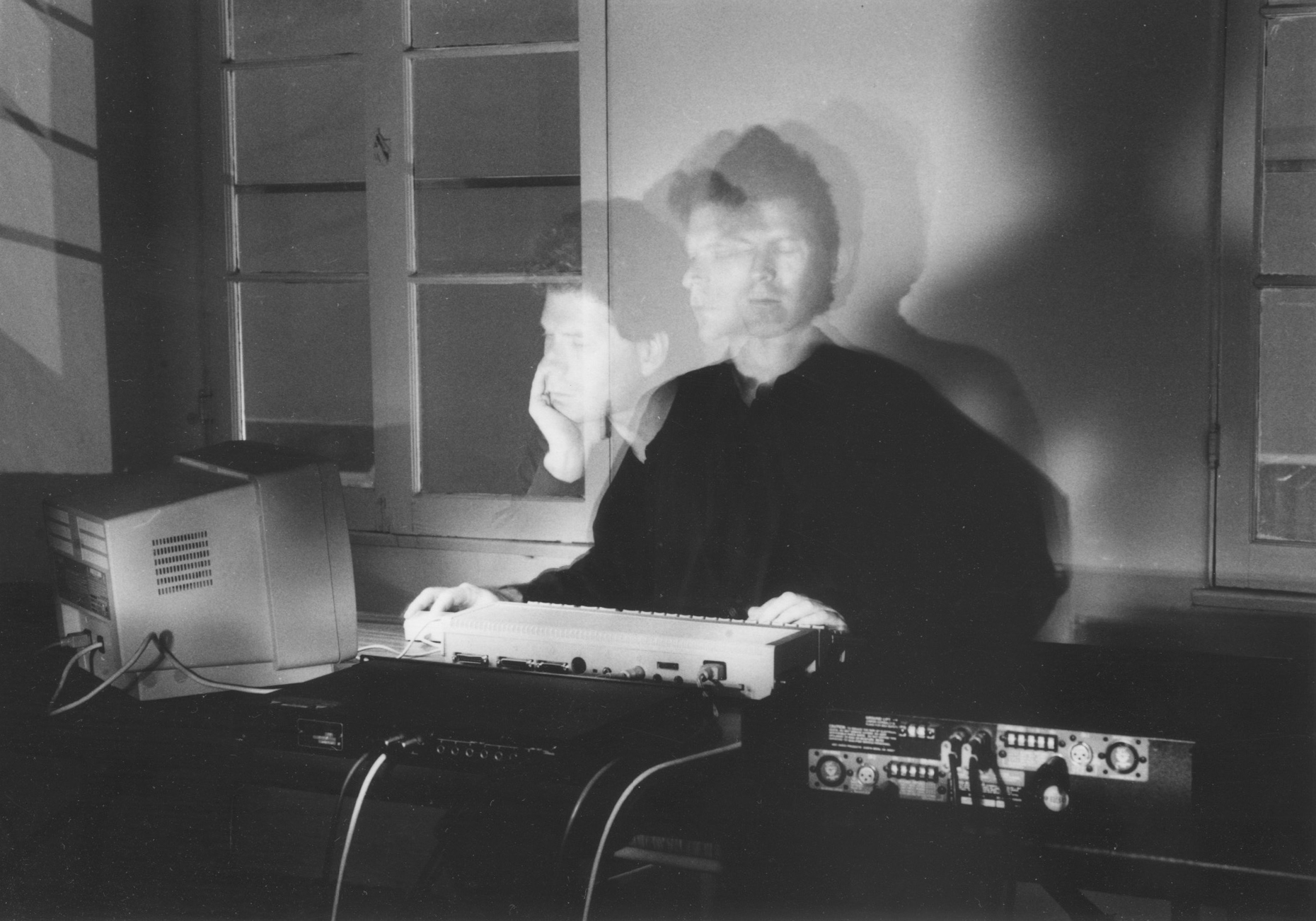