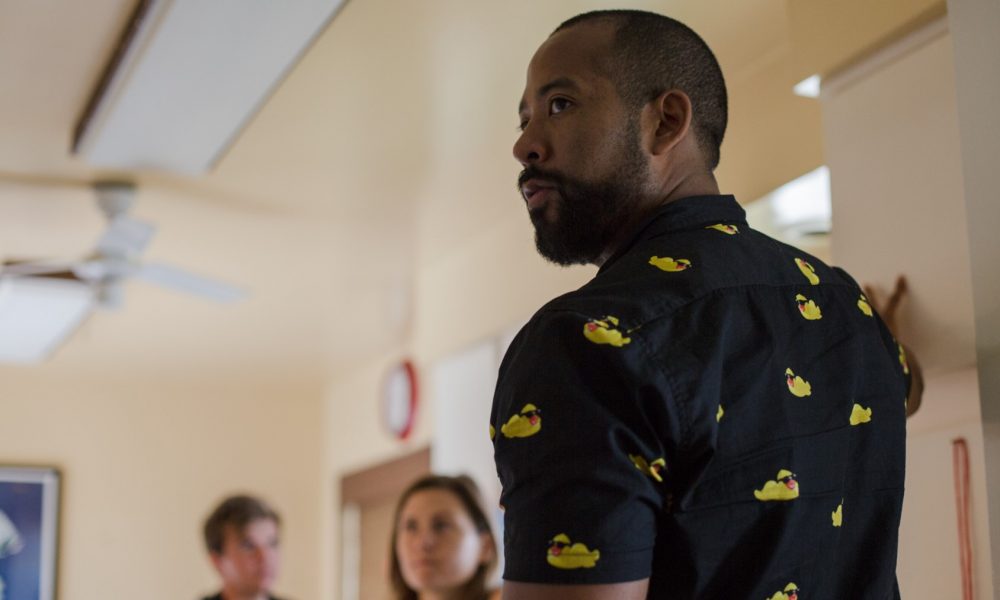 Today we’d like to introduce you to Michael Hyon Johnson.

Michael, let’s start with your story. We’d love to hear how you got started and how the journey has been so far.
I never intended to be a filmmaker. At least, not in the sense of “making it”. I was the typical kid in middle school/high school with an 8mm camcorder always filming. If you got a hold of my first videos most of them would be nonsensical.  I was like “Ricky” in American Beauty but I grew to be more focused on serving the military and later enlisted after high school.

I kept writing as a hobby while I served and eventually discovered the art of machinima (manipulating pre-recorded graphics or video-game footage to create a narrative film). I loved most of the traditional art-house directors but I really was inspired by Roosterteeth – they were a couple of guys just creating entertaining videos and they did it without camera equipment!

In 2008, I launched my web-series with Machinima, Inc (Burbank).  I learned a lot about the business of film and how important it is to create a community and fan-base. The show was moderately successful (8 million views) and I started to take filmmaking more seriously.

I became so obsessed with film that I was paying competitions to let me make something. I entered over two-dozen film race competitions and later gained more confidence. Soon, I realized that I could negotiate a rate and trust my own artistic instincts. I got my Bachelor of Arts in Literature at the University of Northern Colorado in Literature and Film Theory and later earned an MFA while studying cinematography at Chapman University.

I come from a very poor background and as a minority (half black/half Korean) I was never invited or allowed in creative conversations. Film school was a great incubator that connected me with other talented artists and producers. I know there’s a lot of debate about film school but it was the best decision I’ve made in my life.

Now, my work is more of the equivalent of a creative producer. My knowledge as a writer helps me work through the development process with other screenwriters. My formal training as a cinematographer allows me to think creatively and practically and craft an idea into a physical video.

I’ve worn a lot of hats; aircraft mechanic for the Air Force, sawyer for forestry, project manager for a 200+ call center, and now I get to work with one my childhood film heroes everyday in West Hollywood.

Life isn’t a straight line – we all tend to orbit around our true selves for a while. And then we realize we’re the sum of it all – the missteps and the success.

Overall, has it been relatively smooth? If not, what were some of the struggles along the way?
It definitely hasn’t been easy. My identity was completely tied into the military for a decade and I was unsure what to do with myself when I left the Air Force.  One day I just started writing… which led to filmmaking. Looking back on it everything feels unconscious. It’s difficult to pinpoint the moment that it’s felt easier. I don’t think it ever feels smooth. It’s always rocky.

It’s harder now. Being older and self-aware; I feel like all my decisions are intentional which sometimes feels inhibiting. Sometimes it’s paralyzing because you want to be sure you’re evolving and not rehashing the same thing.

We’d love to hear more about your work and what you are currently focused on. What else should we know?
I’m currently one-half of a production company called “StoryMode Studios”. We produce indie music videos and skits while working our normal day jobs in the entertainment industry.

My latest short film, “This Will Destroy You” is based off of the 2003 Abu Ghraib torture scandal and my lead actress, Gemma Scoble plays, “Amanda” an Iraqi security forces soldier who’s an amalgamation of real life Army soldiers: Lyndee England and Sabrina Harman. President Trump’s absolution of war crimes by Navy Seals in 2019 and his condemnation of service men and women protecting their troops amid the Covid-19 crisis has re-opened the ongoing dialogue about service people blindly following or disobeying orders from our government.

I thought it was important to tell a story of military morality in my film and consider how small towns and families may cope with the idea that their son or daughter or neighbor may be a war criminal.  I’ve spent a majority of my life deifying the military so I feel a responsibility to remind the public to keep our military accountable and ethical. “This Will Destroy You” is currently making its festival run and I’m developing a feature film based around the short film.

I also manage a community leftover from my time at Machinima, Inc. The community is one of my biggest accomplishments purely because I hear so many stories of fans who’ve turned into artists themselves.  I work 50+ hours a week and go home to grow both of these brands and develop new projects. I can’t imagine doing anything else with my life.

Any shoutouts? Who else deserves credit in this story – who has played a meaningful role?
There are so many people who’ve had my back over the years. Going from oldest to most recent: close friends in Colorado and New Jersey and family who’ve been patient and willing to be a part of my art have kept me alive. We’ve done so many skits together – it’s all been a part of me learning how to be a better director and writer.  Fans of my work have been encouraging.

I can’t thank old bosses enough. There are many monotonous jobs who literally kept me employed knowing full well that I had intentions of working in the film industry. They inspired me to be a gentler human being, more sincere, and more grounded to those around me.

There are so many mentors to thank and Chapman has helped me connect with A LOT friends. People I’ve never thought I’ve had a chance to meet in real-life are now close confidants. I’m grateful to be able to literally call a high-profile DP or producer and ask them life-advice. I wouldn’t be where I am now if I hadn’t gone to film school.

My girlfriend, Stefanie, keeps me grounded. Whenever I feel like I’m spinning my wheels, she reminds me of how far I’ve come in such a small amount of time. Or if I feel too aloof she reminds me that my best work happens when I focus on one project at a time. She’s had influence in nearly all of my work since moving to California from Colorado. 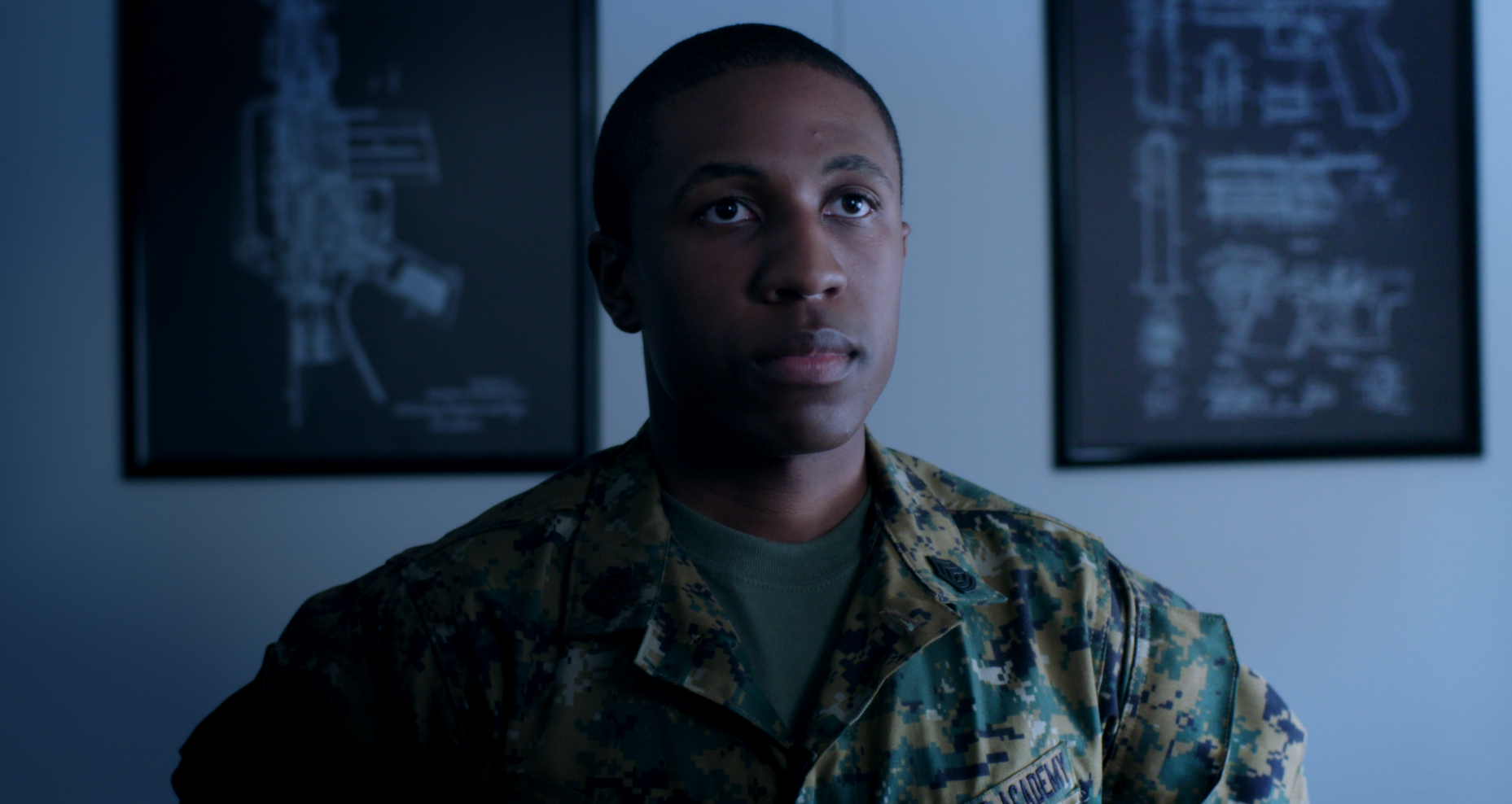 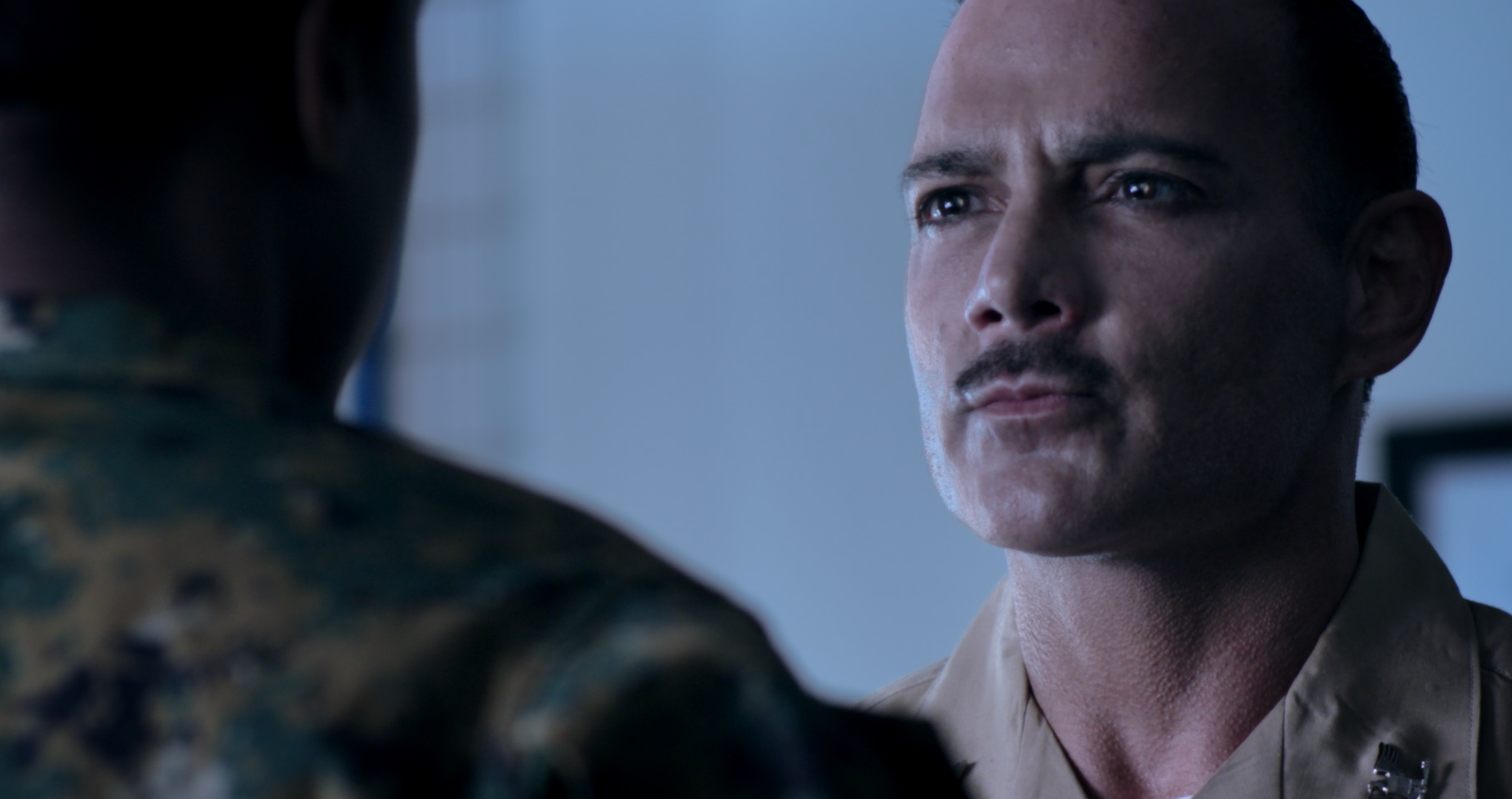