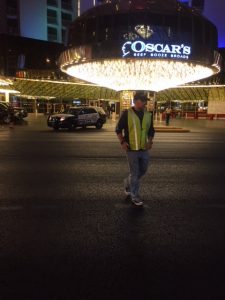 Today we’d like to introduce you to Michael Caradonna.

Michael, let’s start with your story. We’d love to hear how you got started and how the journey has been so far.
After graduating high school in Oklahoma in 1992, I joined the USAF Reserves to earn money for college. Shortly after returning from basic training, I enrolled in a nursing program. My uncle, who was a doctor in Virginia, invited me there to work with him and see if I really wanted a career in medicine. I quickly realized I did not.

Within three weeks of moving to Virginia, I ended up on a film set, auditioning and getting the part of one of the football players at the university. I earned two more roles in films there in Virginia and decided to head to Los Angeles. I bought a 1972 orange VW Bug and drove across the country, arriving in Los Angeles in August 1993.

I quickly joined the actor’s scene and began taking classes with a reputable acting coach to hone whatever skills I thought I had.

After a few years of a small version of success getting supporting roles in film and television shows, I wanted to learn what everyone did behind the camera. I got a job with an independent production company as their development assistant and my main job was reading and covering scripts. One can learn a lot about filmmaking just by reading all kinds of scripts, good ones and bad ones.

I spent the next years learning the art, and the business, of filmmaking, taking jobs as a production assistant in every department, so I had a good idea what every person on the crew did.

I was offered the opportunity to learn digital filmmaking as productions were slowly moving from film to video. This led to many jobs as a camera operator and director of photography on reality shows, documentaries and feature films. I found myself running crews all over the world from Afghanistan to Brazil and the San Fernando Valley.

As my jobs as a cinematographer slowed, I was now looking at the possibility of pursuing other avenues in the entertainment industry when Geoff Ryan asked to meet me.

He brought me on board a production he was attached to and we quickly found out how well we worked together. Unfortunately, the project Geoff brought me on never manifested, but this opened the door to the film Blood From Stone.

Geoff gave me a script to produce that I quickly fell in love with. It was a different kind of story, one we call a “Geoff Ryan Romance”. I had always been a fan of vampire films, but this story was not one that had been done in a while. Vampires come in all myths and forms, but Geoff’s vampires still had humanity. They were just trying to survive in this world like everyone else, except they still needed blood to survive. It felt like the great cult vampire films like ‘Near Dark’ by Kathryn Bigelow and ‘The Hunger’ by Tony Scott. This WAS NOT ‘Twilight’.

We began pre-production in April 2018, with principal photography starting that August. This film was one of the most productive times of my life. The experience was one I would not believe if I was on the outside. Geoff gave me the task of producing a film in Las Vegas and Laughlin, Nevada, over a 30 day period with a crew of 8 and 30+ actors and background. The stories to be told are numerous about how Geoff and I were able to acquire locations in casinos, bars and trailers. We even shut down the streets of downtown Las Vegas, in front of the Plaza Hotel. Something I am still not sure how we accomplished on such a low budget.

Since production ended on Blood From Stone, I have been lucky enough to work consistently as a producer and production manager for features and short films. Prepping budgets and scheduling has kept me busy as I develop the next producing adventure with Geoff and other filmmakers.

All said and done, my career has been a wild roller coaster of ups and downs, sometimes sideways and twisted, but I could never have any complaints. Most importantly, during my 27+ years in Los Angeles, I met and married a mermaid and am the father of an amazing young woman. These ladies are the reason I aim high with my goals, knowing that my happiness and accomplishments are heightened when they are taken care of.

I am sure there are many other stories and tales I can think of, like being the first to get eaten in the movie ‘Sharknado’ to knowing what it’s like to get blown across the room by an RPG shot by the Taliban.

Great, so let’s dig a little deeper into the story – has it been an easy path overall and if not, what were the challenges you’ve had to overcome?
It has been a twisted road, but one I have been able to work through.

Struggles ranged from lack of work to needing to leave my family to go on location for a month.

The entertainment industry is a survival of the fittest business. I am happy to still be surviving.

Please tell us about Action On Camera Films.
I am a freelance producer and production manager.

I use my company, Action On Camera when I produce and work with filmmakers who do not have their own company.

I feel I am a good fit for the filmmakers I work with since I have experience on all levels of production. From $200M features to $5K short films, I approach every production the same. It’s all about keeping the director focused on his creativity, leaving the business to me.

Do you look back particularly fondly on any memories from childhood?
There are too many to choose from. 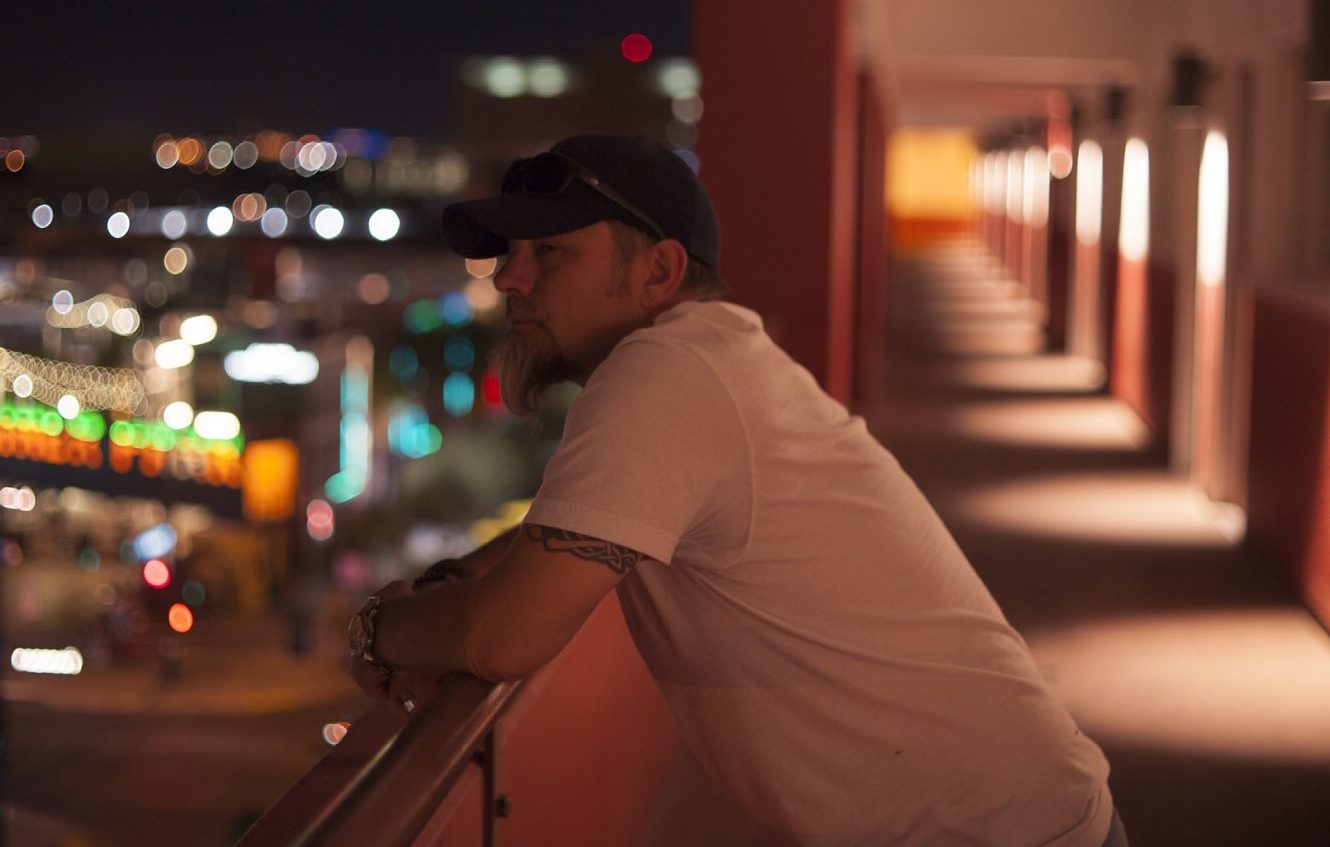 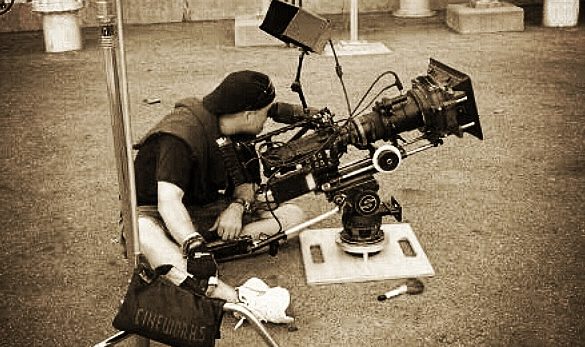 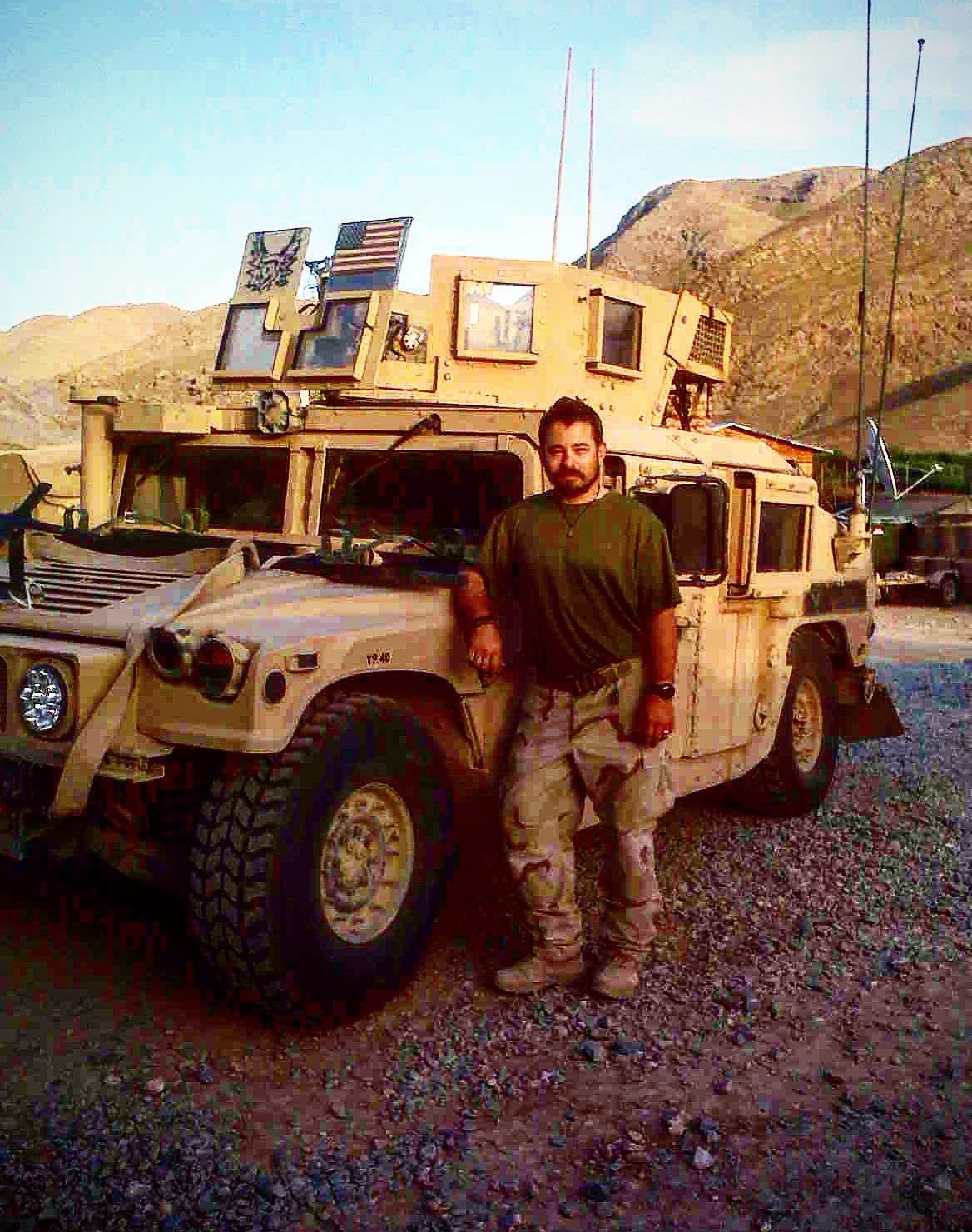 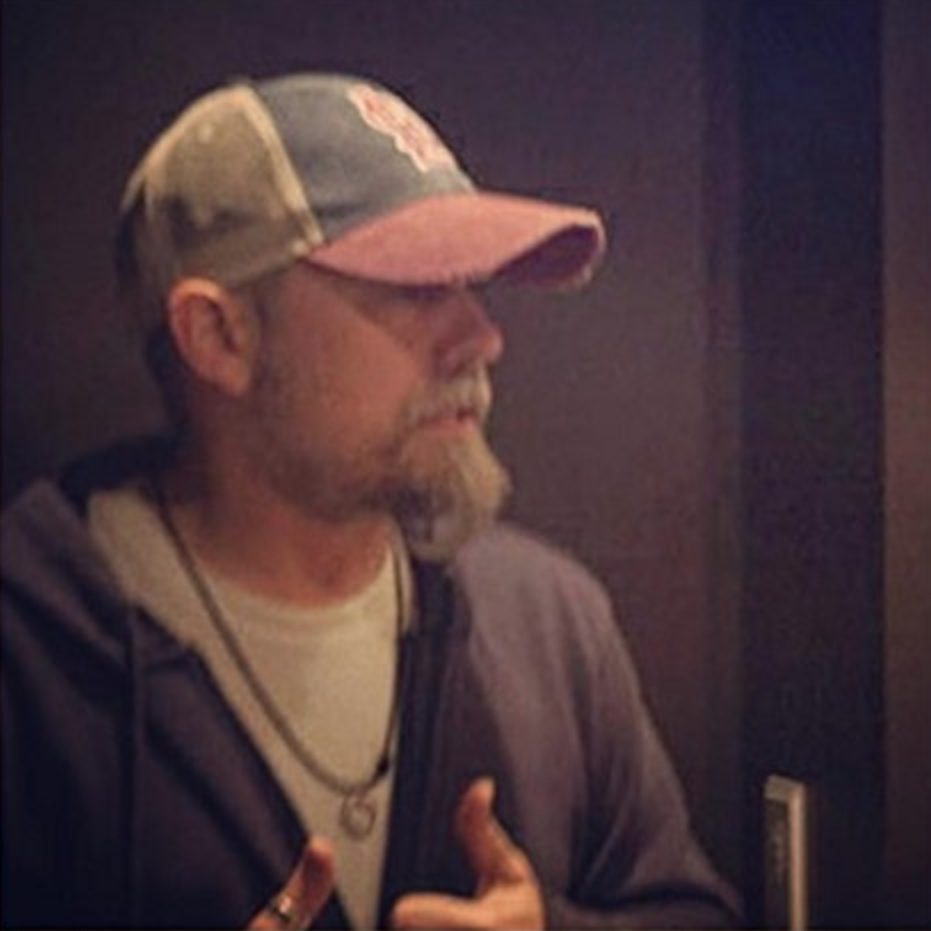 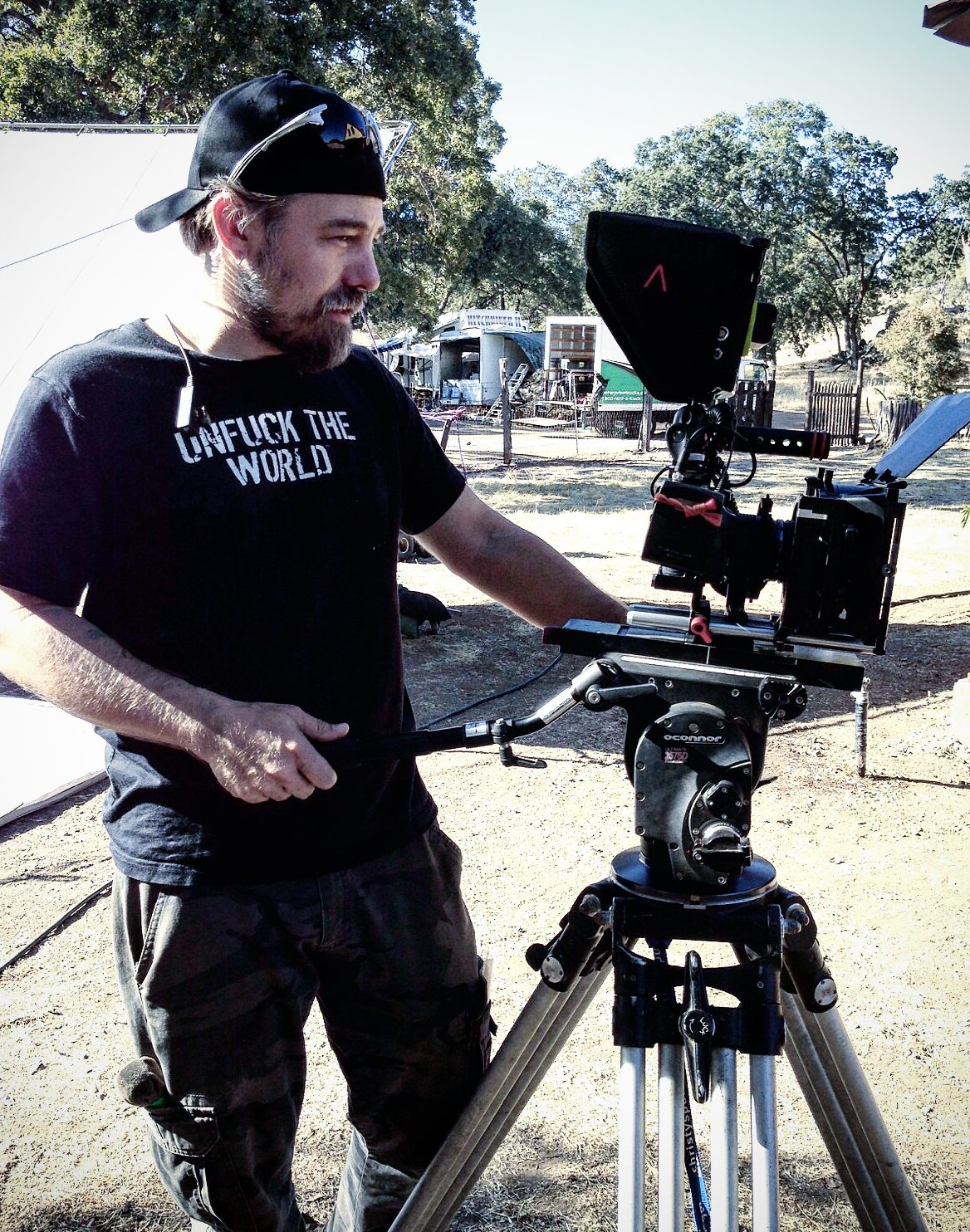 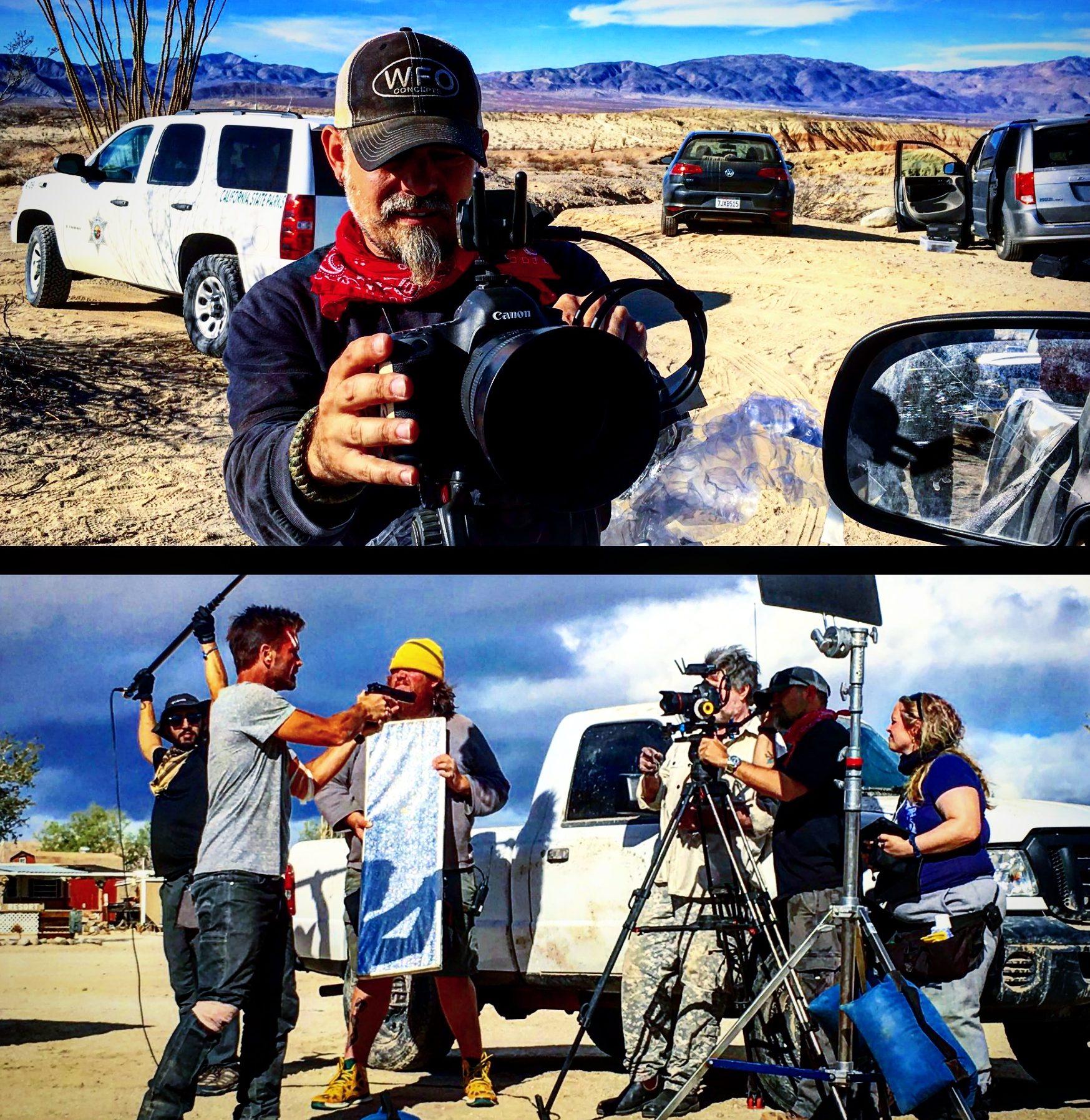