Meet Michael Alvarez of The Muse Collective in LA/NY 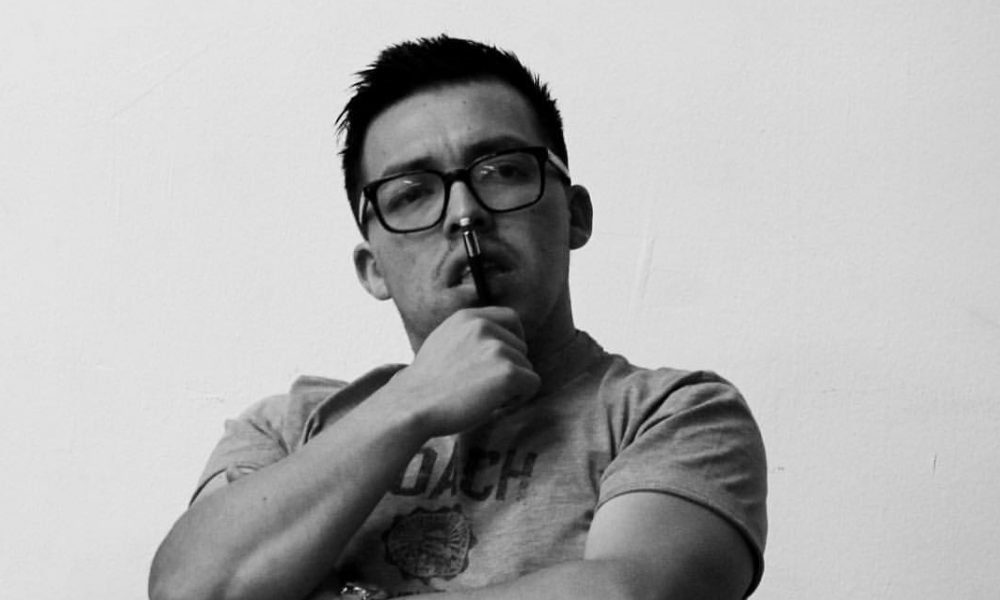 Today we’d like to introduce you to Michael Alvarez.

So, before we jump into specific questions about the business, why don’t you give us some details about you and your story.
I grew up in (the now much popularized by HBO’s Big Little Lies) Monterey, CA. I was very fortunate: growing up, I had access to a lot of really great theatre companies, such as The Western Stage and Ariel Theatrical, that instilled in me the discipline and commitment working in theatre requires. I spent all my free time in rehearsals, reading plays/books and learning every musical under the sun! I had a particular penchant for The Wizard of Oz, Evita, and the 1965 version of Roger and Hammerstein’s Cinderella. Throughout my childhood, I always felt intrinsically drawn to cultures outside of my own. After high school, I spent time in LA and NY before eventually getting accepted to the prestigious Royal Central School of Speech and Drama in London where I studied Performance Art. This is where things got interesting!

Before moving to London, my theatrical background was rooted in the Traditional Western approach to theatre making – productions grounded in a realism that depicts visual facsimiles of reality. I had a very fixed notion of what theatre was and how it was “supposed” to be created. I remember one day of class where my teacher asked, “what is text?” Of course, my natural reply was “the words on the page.” When he explained that I was partially right, that text was actually everything around me, my mind was blown! If text is everything we see, hear and experience, I realized as a director, I am the author of the visual and physical text along with the creative team.

During my time at Central, I learned a lot about performance art (and such exciting artists as Orlan, Kira O’Reilly, Franko B and Ron Athey). I worked with Punchdrunk (creators of NY hit Sleep No More), dabbled in physical and devised theatre and spent time with a number of exciting international and interdisciplinary artists. Meanwhile, my nights and weekends were spent workshopping new musical theatre projects with Mercury Musical Developments–weird performance art projects by day, musical theatre by night! I also had the good fortune of working as a guest director in Ljubljana, Slovenia and Brighton, UK. In Slovenia, I directed an eight person ensemble piece in Slovenian with only one translator – talk about learning to read a physical and visual text!

Through my diverse experiences and many a late night conversation with some brilliant friends, I was able to better understand how theatre intersected other mediums, methodologies and cultures, and how when theatre becomes “fixed” it dies. (I also fell in love with the writings of Peter Brook, Anton Artuad, Tadeusz Kantor, Meyerhold, Adolphe Appia and Gordon Craig and directors such as Robert Wilson, Romeo Castelluci and Ivo van Hove.) My time in London changed me profoundly, as both an artist and a human.

It was interesting coming back to the states after several years abroad. I went from being immersed in theatrical cultures that welcomed experimentation and innovation to a culture that, mostly, adhered to a more traditional ideology of theatre-making. I started directing small projects here and there and began to develop my own work and voice. I learned a lot, on many different levels, about theatre-making and realized what I needed next was concentrated time to marry what I had learned from my time abroad with what I had learned working on my own around New York.

I was fortunate to be accepted into the Directing MFA program at California Institute of the Arts in Los Angeles. I collaborated with so many inspiring artists and teachers that helped me shape my artistic identity. Here I began developing Salome, a new indie-pop musical based on the mythology of Salome, the infamous princess of Judea who performed the Dance of the Seven Veils to obtain the head of John the Baptist. It has music and lyrics by the brilliant UK songwriter Ella Grace and, now, has a book by two extraordinary playwrights, Peter Gray and Roger Q. Mason. We did a workshop at NYTW and were supposed to workshop it with A Noise Within in Pasadena before COVID hit, but are looking forward to getting back to work on the project soon!

CalArts was an amazing experience. I was very fortunate, going on to become both a Drama League Directing Fellow and a 2050 Directing Fellow with New York Theatre Workshop. Recently, I’ve worked as director with the Civilians R&D Group and on a number of other exciting projects. I just finished directing my first virtual theatre performance, HI BI by Margot Mejia, for Dixon Place’s HOT! Festival. You can check it out at www.hibiplay.com.

I also just started a new theatre company, The Muse Collective – founded on the notion that art has the power to incite change and heal while still evolving its form and aesthetics. It was always something I’d wanted to do but just never got around to doing. While I never started a company, it was pointed out to me that I had assembled a tribe of very talented, like-minded artists I frequently made work with. So, this company is a space to collaborate and come together and dream up new ideas, new approaches to theatre-making and dreaming ways in which we can make the world a more inclusive, equitable and loving space to inhabit.

Has it been a smooth road?
Chekhov expresses it best in The Seagull. He writes, “When we work, if we act or if we write it mustn’t be for glory, it mustn’t be for fame…it must be about the ability to endure. To carry your cross and have faith.”

I think being an artist is a calling, not necessarily a choice. It’s not an easy road, but it’s the road we are tasked to take. With that comes sacrifice. Sure, sometimes I think it might be easier to have a 9-5 with a steady income and benefits, but would I be happy? No. Life is too short to do anything but what is authentic to you. While there are a host of external obstacles such as lack of funding and opportunities, financial burdens, constant rejections, glass ceilings, institutional barriers (etc..), there are also internal obstacles one faces. Art is personal – it’s a reflection of our soul. It asks you to look at yourself honestly and explore all the parts of yourself you may want to hide. Those are the parts that give you agency and power. Art can be transformative and healing, and it begins with its creators.

The business of being a director is hard. Being a director who doesn’t color in the lines is even harder. People never quite know how to place me as an artist. I’m one part musical theatre nerd, one part classics buff, one part experimental performance artist, one part pop music video maker and one part visual artist. In some circles, I’m the more traditional ones, in others I’m the extreme and avant-garde one! It’s wild!

Now, with COVID, there is a huge question mark of when and how theatre will return. I have faith that with everything percolating, we will return to a space that is more inclusive, equitable and reflective of our diverse society. And, I think diversity is inclusive of representation of stories, storytellers and makers, approaches and aesthetics and methodologies. It’s not enough to change the players if they aren’t allowed to play their own game. I think we all have a part to play in this seismic shift, no matter how big or small. Change begins one person, one choice, at a time.

* Celebrating the world around us–spinning stories that touch us beyond the conscious level, digging deep into an expansive and inclusive collective mythology.

* Championing new work and forms, radical re-envisioning of classic work, emerging BIPOC artists and those who dare to dream…
​
Our first “official” project will be Salem: Post-Mortem by MacDowell Fellow Peter Gray. It imagines all the residents from the Salem witch trials meeting in a sort of purgatory in the after-life. Primarily, it asks how we heal a broken community. It’s an exquisitely poetic and funny piece that has undertones of Waiting for Godot. It is an especially timely and relevant project for our current time as it deals with colonization, divisive politics, misplaced faith, complacency, white guilt and shame, and a community, fueled by fear, needing to learn to love and forgive.

It will feature a predominantly BIPOC cast and creative team that includes Art Direction by Princess Grace winning designer Salmah Beydoun and Costume Design by Yale Designer, Pheong Nguyen. It will be filmed virtually with performers acting as their own camera and film crew! It will premiere in October 2020.

Like most of us, during these times I’ve been asking myself how I can best contribute something positive to the world. Crowds make me very anxious and calls and emails only go so far, but I always come back to the notion that art heals. Like Jonathan Larson wrote in Rent, “the opposite of war is not peace/it’s creation.” This piece will help to raise money for the Audre Lord Project, which supports community and wellness for Lesbian, Gay, Bisexual, Two Spirit, Trans and Gender Non Conforming People of Color and progressive social and economic justice.

Even though live theatre is currently on pause, I believe new frontiers of performance are developing and am excited to be part of their evolution. Like I began exploring with Margot Mejia’s HI BI, this piece will be a cinematic experience that hybrids theatre, film and television. For me, a cornerstone of creating live theatre is its relation to a poetic visual language that does not aim at literalism of space or world but rather is an evocation. It asks audiences to co-create the world, and experience, with its creators.

What’s your favorite memory from childhood?
I have too many great childhood memories, but my gut reaction was going to this bookstore in Carmel, CA every Sunday with my dad. Each week he would buy me a new book which I would voraciously read during the week. I was insatiable. I read everything from the Ramona books of Beverly Cleary, to the whole series of Anne of Green Gables, the Narnia Chronicles, The Lord of the Rings Trilogy to books on the Bermuda Triangle and the Lost Continent of Atlantis to countless books on the Druids and Stonehenge. Books were my portal to other worlds outside my own. These weekly adventures became a much cherished part of my childhood. And, the ice cream shop down from the bookstore – I could not get a book without a scoop! 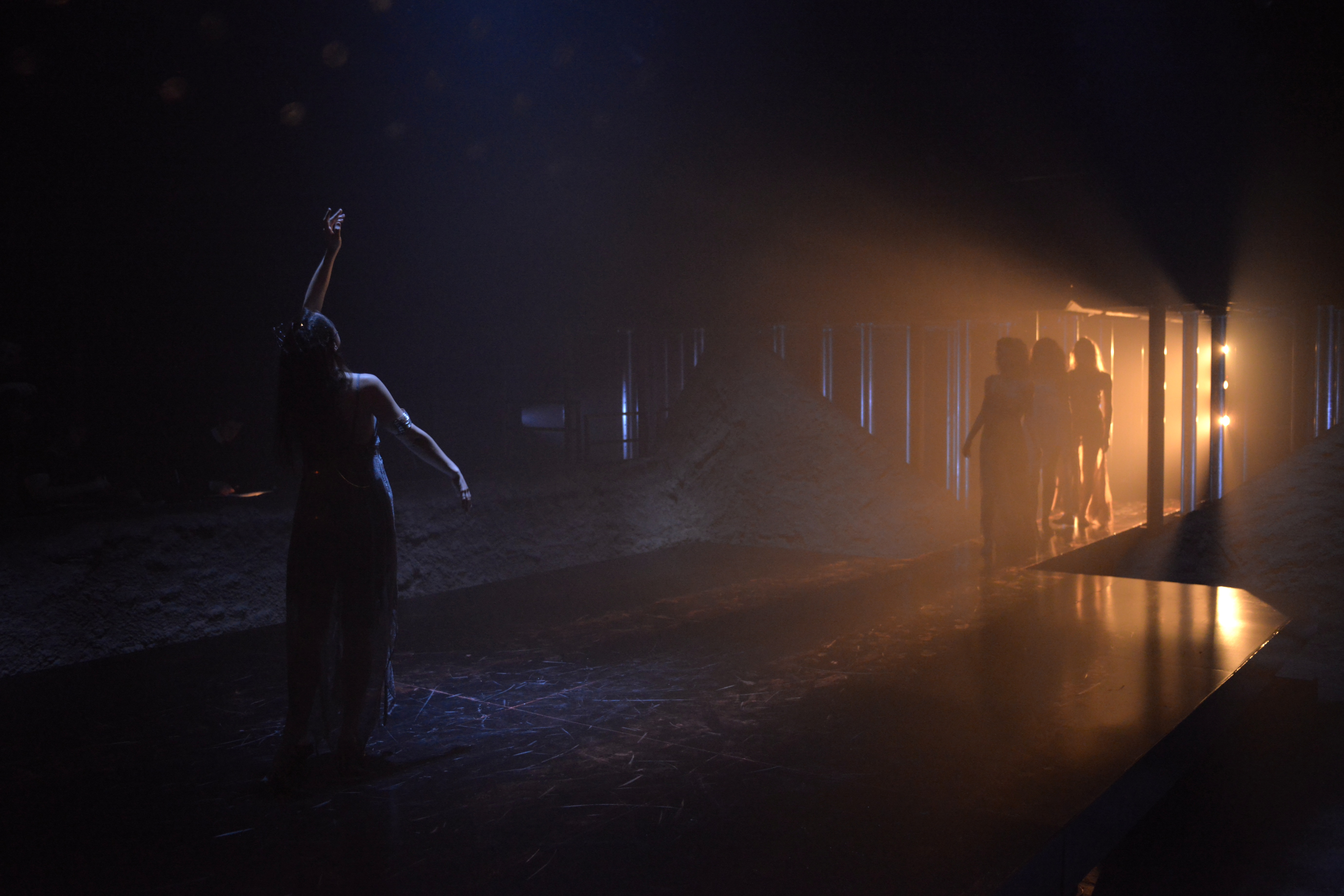 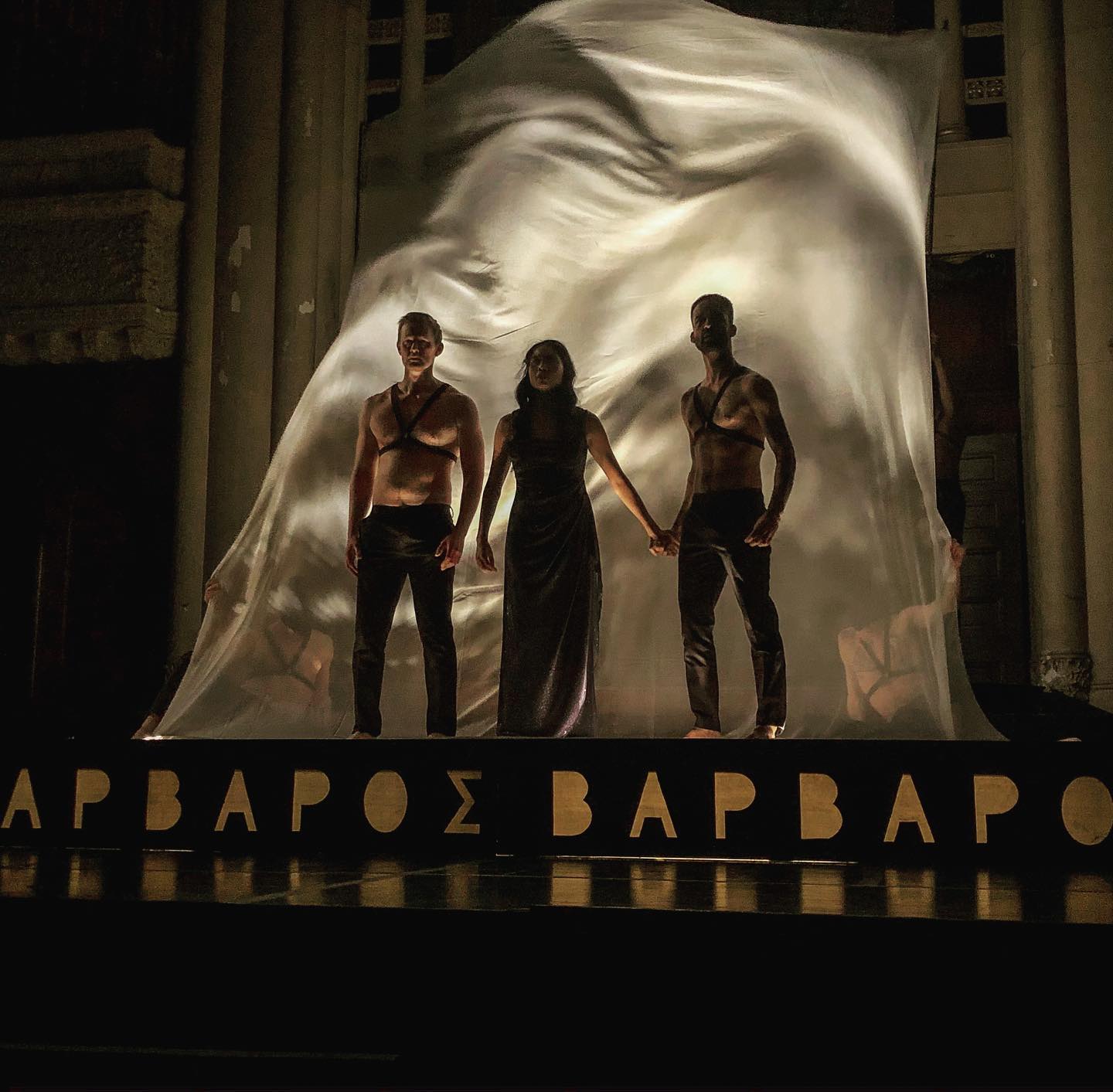 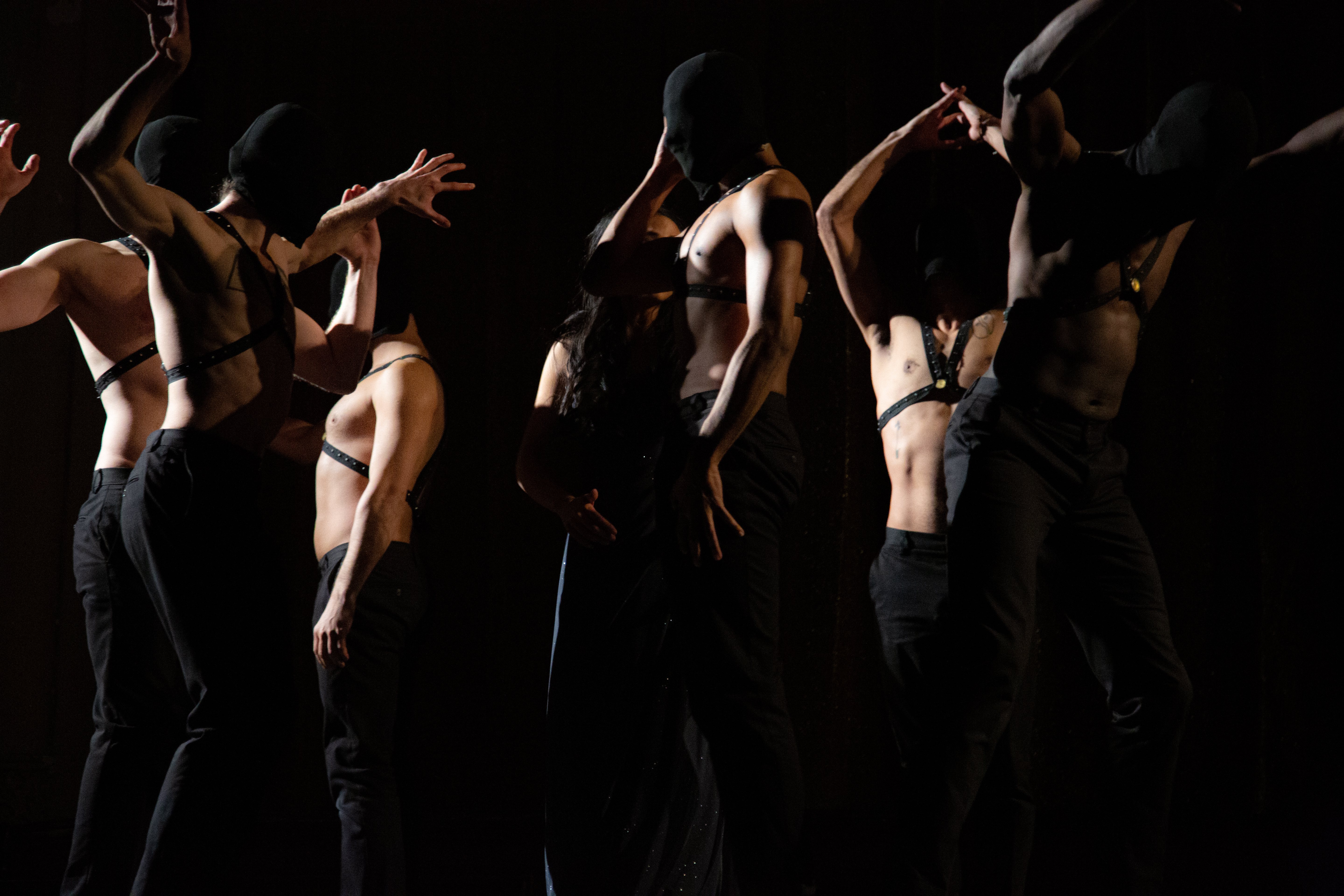 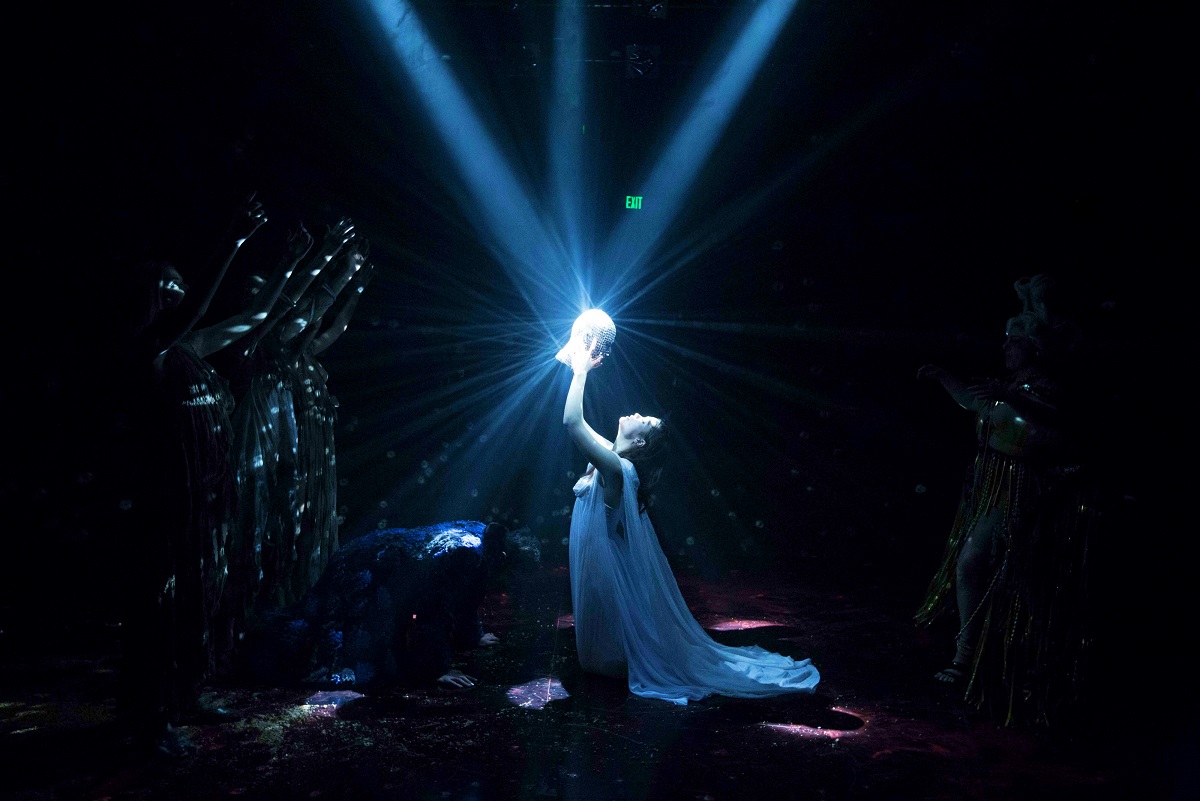 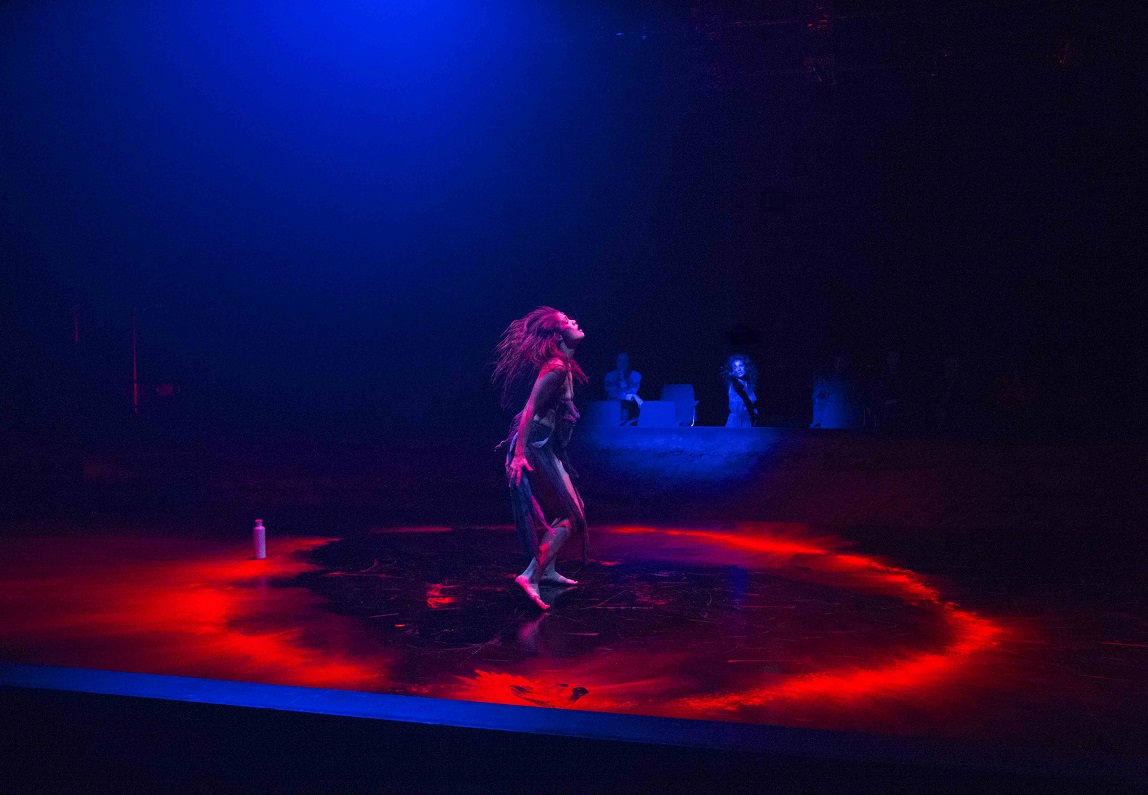 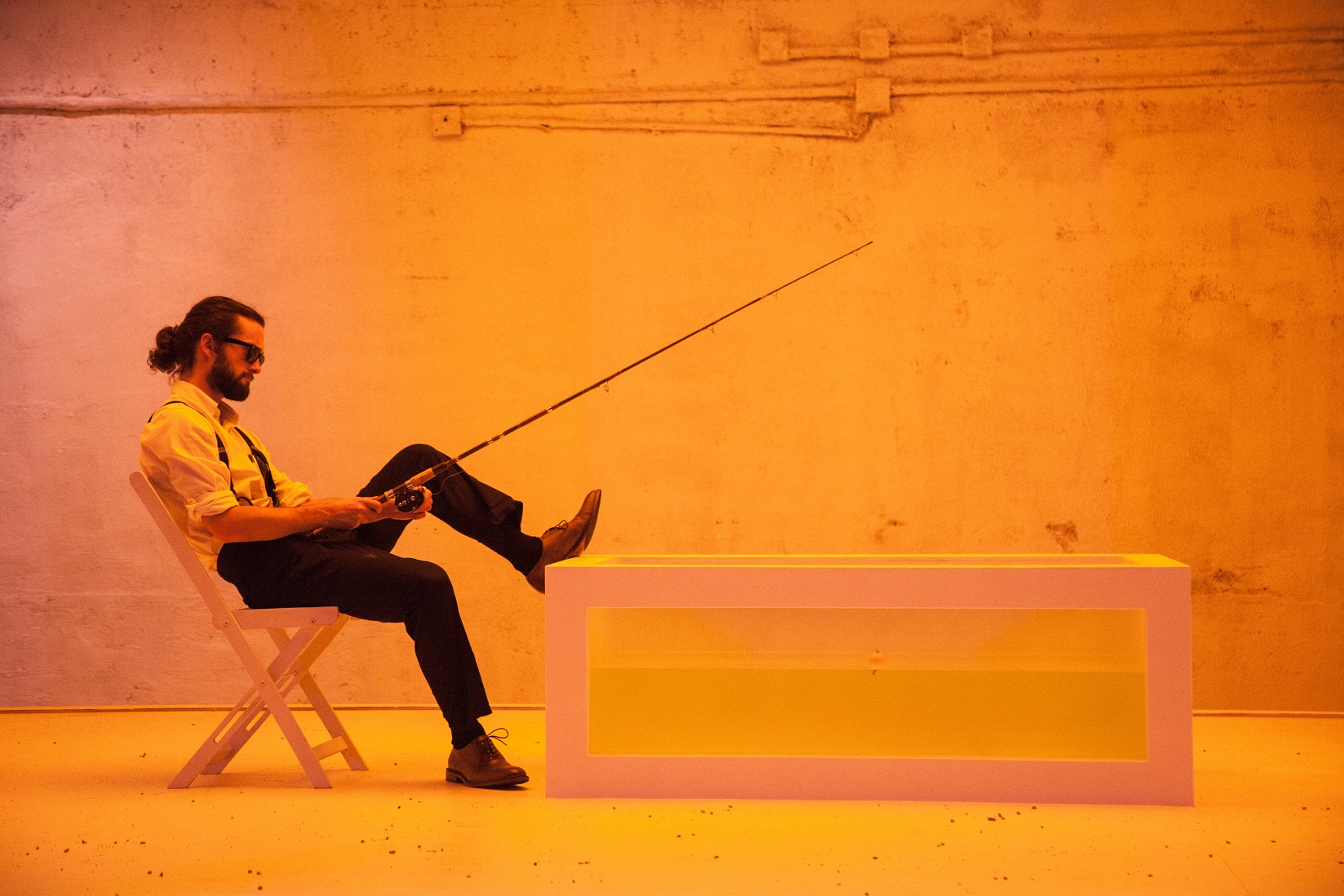 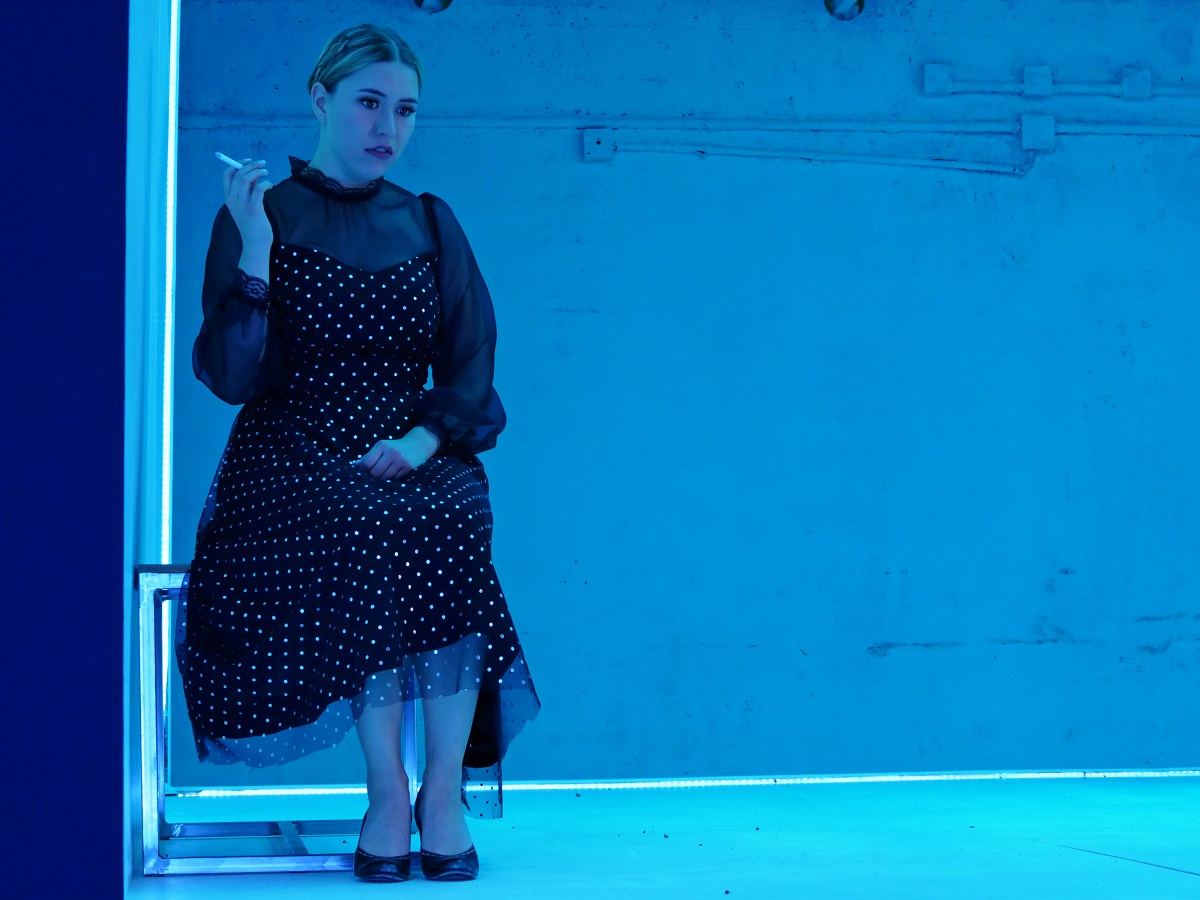