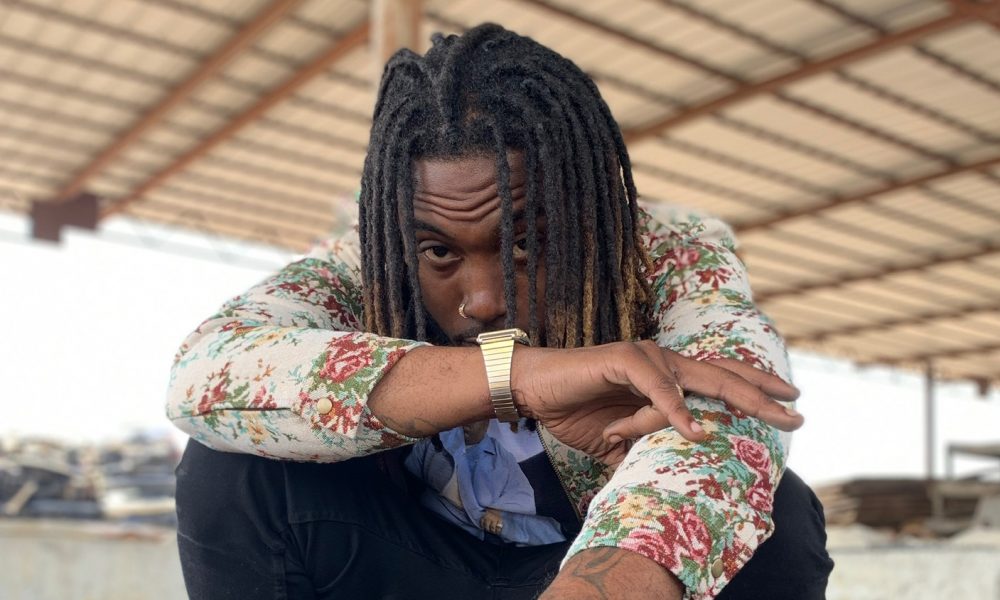 Today we’d like to introduce you to MB Myz.

Thanks for sharing your story with us MB. So, let’s start at the beginning and we can move on from there.
My dad is a professional drummer & music producer. Growing up, he played and produced for many well-known musicians and shows in the 90’s and early 2000’s. My parents were divorced and most of my time with my dad was spent at music rehearsals, recording studios and performances. Music has always been important in our family. My grandfather was a gospel singer from the Bay Area and each of my sisters sing as well. As a child, I would help my dad produce in our home studio and do things like sleep next to kick drums during rehearsals. Around eight years old I co produced my first beat with my dad, these were some of my fondest memories. My “music weekends” with my dad were exhilarating, but growing up with parents who have a complicated relationship, caused a lot of stress. My mom didn’t see music as a stable profession and discouraged making a career of it, but music ultimately became my escape.

Growing up, I went to around 9 different schools before High School, so as a past time I’d study music day and night, DJ’d school pep rally’s, sold mixtapes, and curated iPod playlist. It wasn’t until college I decided to take music as a serious profession and I began to write music and taught myself music production. In 2015 things began to take off, when I started working with a Houston artist, which led to the release of my first placement titled, ‘Hopeless’. Shortly after this, I was introduced to my mentor, MyGuyMars of 1500 or Nothin. While interning for MyGuyMars, I co-wrote and produced the lead single for artist N.Y.K titled ‘Chills’. I took the momentum from these projects and created my first mixtape ‘Mercury in Retro’ in 2019, which is primarily produced, recorded and arranged by me. Following this release, I struggled with my mental health, work and personal relationships. As I transmuted these issues, my evolution led me sonically to create my most recent mixtape, ‘Bat Signal to Heaven’ which shows my growth as an artist thus far.

We’re always bombarded by how great it is to pursue your passion, etc – but we’ve spoken with enough people to know that it’s not always easy. Overall, would you say things have been easy for you?
Not by any means has this been a smooth road. Nothing worth obtaining is, nor should be. Everyday is a struggle to not only get better, but to constantly engage with new fans through the messages in my music. Everyday is a struggle to push myself to create something I haven’t heard, but would listen to myself. We call it the B.S or the beautiful struggle. You have to go through the beautiful struggle in order to reach the parts of success that you constantly are mining. Some of the struggles I’ve experienced were stolen songs, stolen gear, broken deals, but the biggest I’d have to say is the mental struggle of moving out of my own way. I spent a lot of time doubting myself and being insecure with displaying my vision. I currently constantly struggle with not getting caught up in the vortex of the industry and its antics. Again struggle is an expectation, but the Beautiful Struggle is exactly what it says. A Beautiful experience that derives from struggle. Something people can’t take from you, but a personal experience tailored for every dreamer that allows you to remain grounded through the journey.

Can you give our readers some background on your music?
I am an independent artist and although I’m most known for being a rap artist, I’m also a music producer and songwriter. I produced about 80% of my debut mixtape Mercury in Retro and about a third of my most recent project Bat Signal to Heaven. As an independent artist, I know how hard it can be to put out music because you are responsible for every single expense and business decisions, but by networking across and with the help of our music collective Folk, I am glad I’ve been able to put out the music I believe in without any censorship. As I have developed as an independent artist, I have benefited from having full creative freedom to explore different sounds both as a producer and artist, but most importantly feeling the satisfaction of knowing we’re creating something that’s innovative, distinctive and pure of heart. My music expresses my dreams, fears and experiences. My experiences have contributed to my sound. I’ve always felt more like a nomad because I moved so much as a child, and that made it hard for me to fit in one place. I believe my sounds embodies the spirit of feeling ‘not of this world’, an extraterrestrial sound. My objective is taking my sound to its full extent by being fully immersed in every process of creation and cultivating a sound for the benefit of our community we are building, based off our sound, and most importantly our uncensored messages.

What were you like growing up?
Growing up, I spent a lot of time to myself. Although I was well-liked, I’ve always had a hard time connecting with people on a deeper level because I moved around so much. In public, I never really wanted to be the main attraction. I’d often times decline doing talent shows, auditioning for TV or even the opportunity to begin performing music as a kid. My family knew me as this entertaining, confident person, but I never really felt good at anything other than my curation of music. That’s the only thing I felt confident in 100%. Most of elementary and middle school I spent free time listening to cassette and CD players. In high school, we moved to what we call The Dirt (Lancaster, CA) and my cousin put me onto LimeWire and my world changed completely.

I literally was thrown into the matrix. Mixing the knowledge I gained from spending weekends with my dad and my new best friend Limewire, I began to see that I was good at something and I didn’t mind sharing it with people, I wanted to seen. Anything that had to do with music at our school, I made sure I was the one behind the scenes, and front and center. I completely fell for music at a young age. It has always and will always remain my biggest interest. I played many sports because I was a natural athlete, I hooped, played football, I was even on the swim team, but nothing ever compared to the feeling I had when I was doing anything big or small with music. Music has been the only constant interest through each phase of my life. 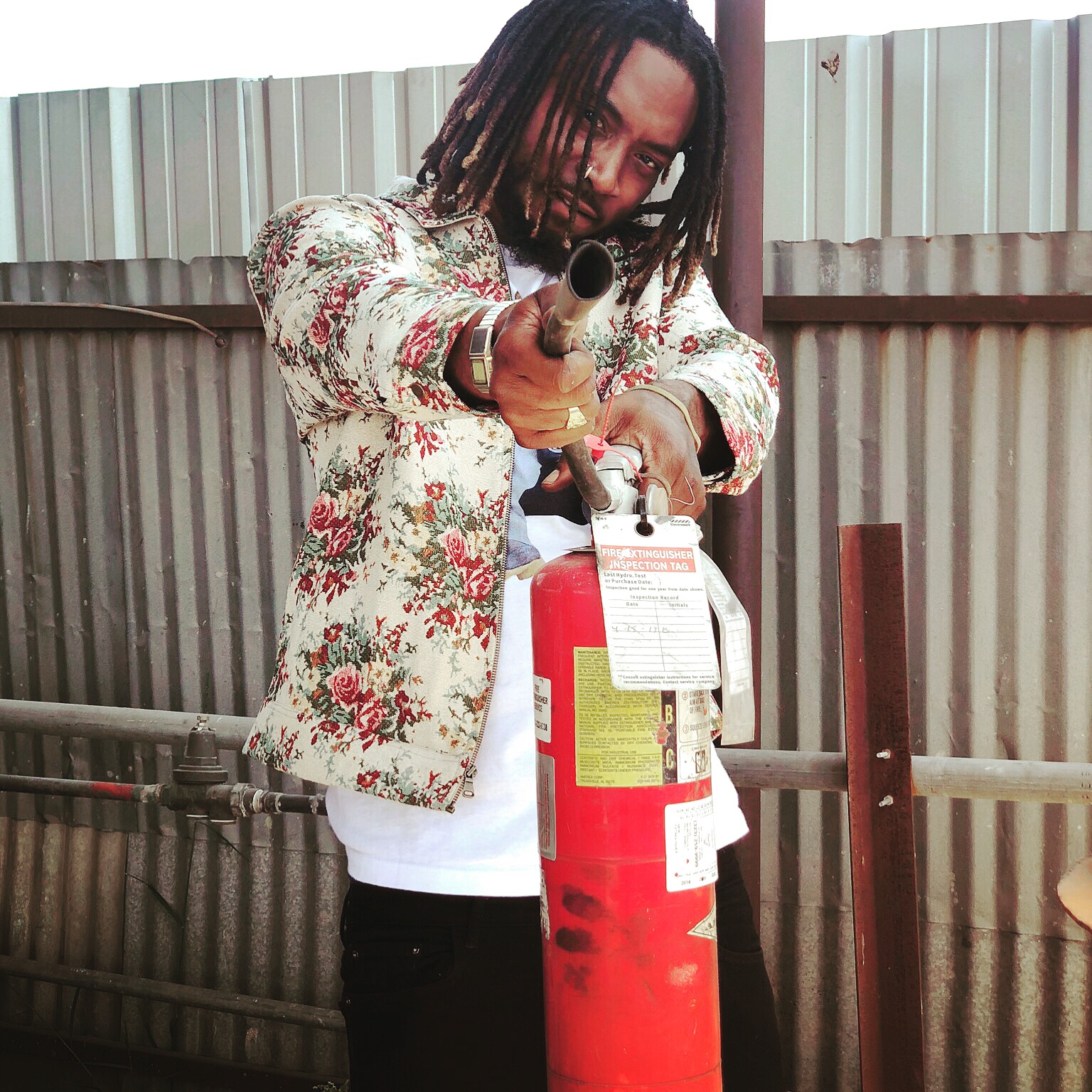 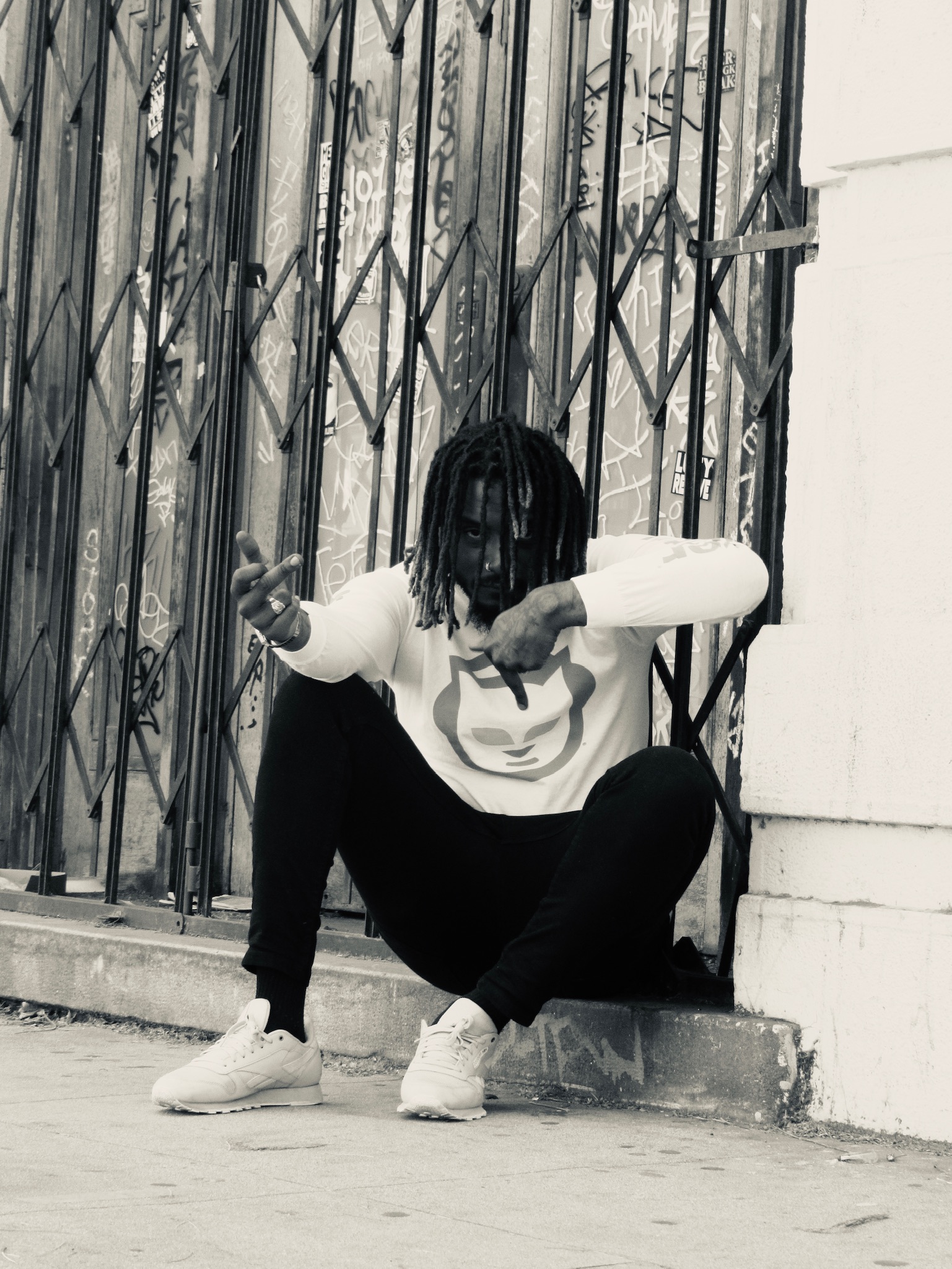 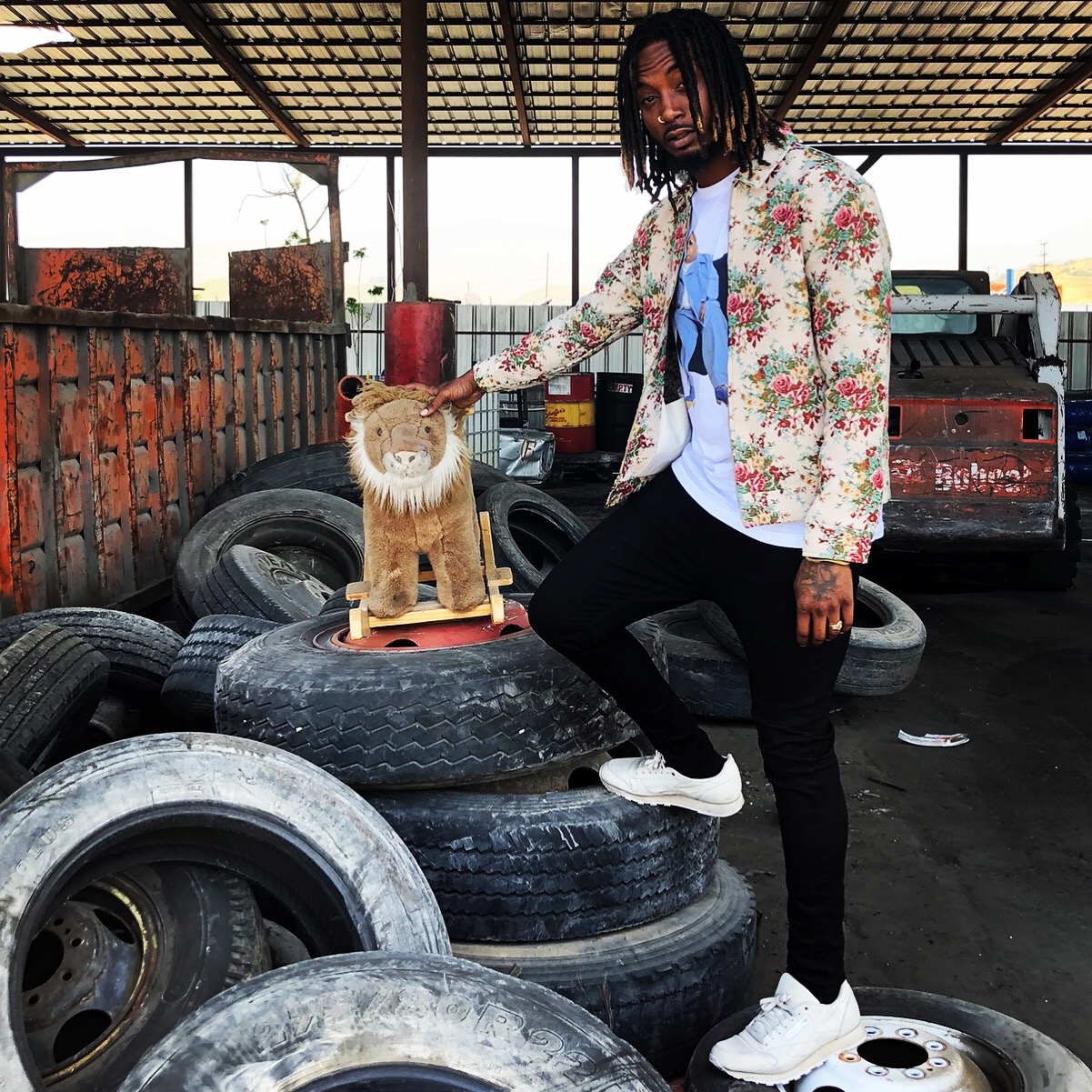 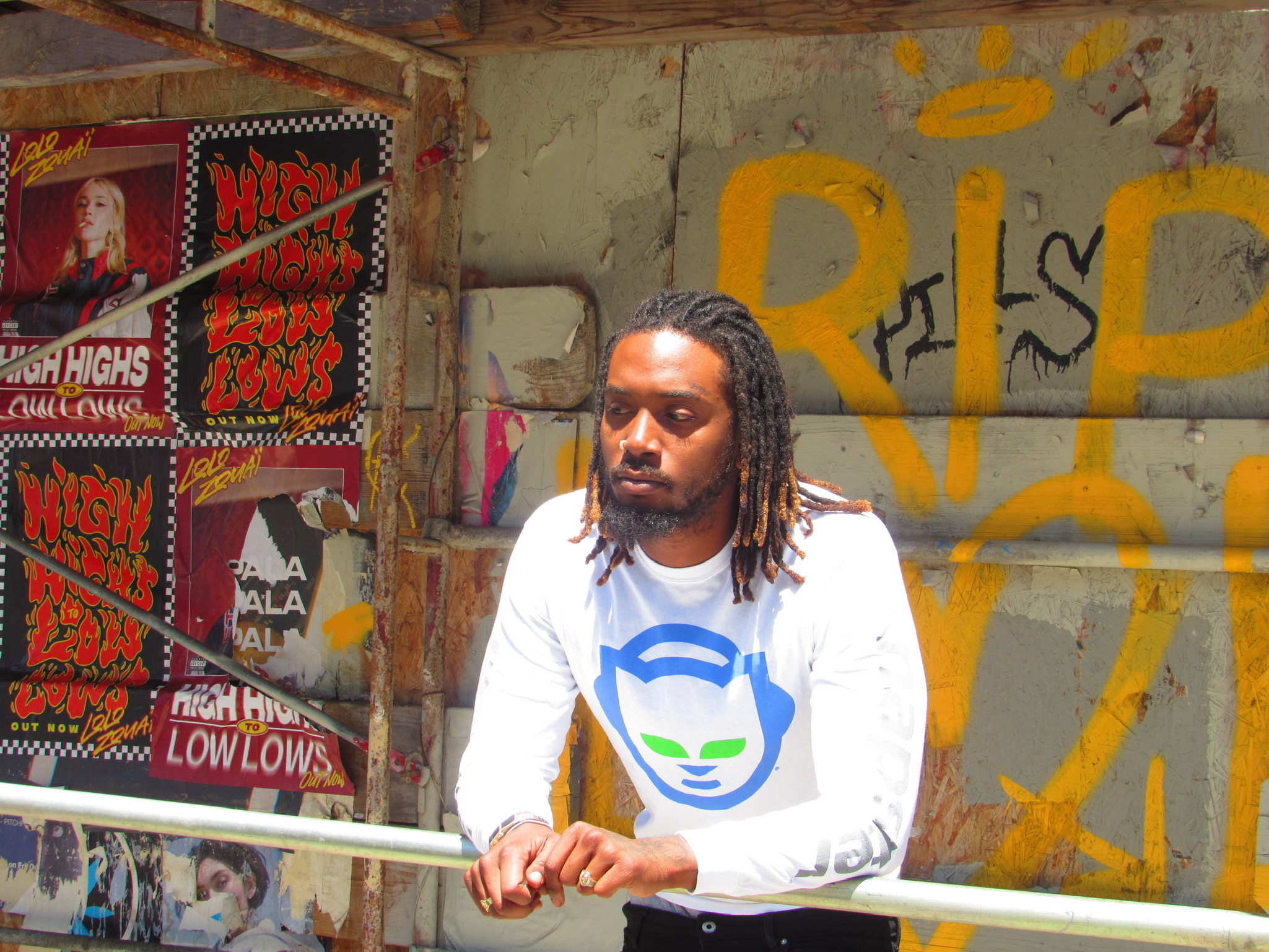