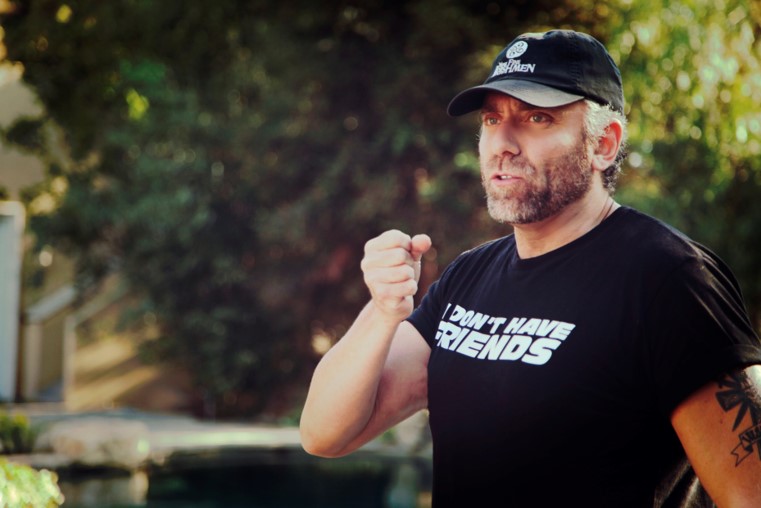 Today we’d like to introduce you to Max Leonida.

Thanks for sharing your story with us Max. So, let’s start at the beginning and we can move on from there.
I was born in Milan (ITALY) on November 13, 1969 and since my father Ranuccio (a famous journalist) used to work for RAI 1 channel (the main TV Italian network) I started very early developing a passion for the entertainment business. At the age of 17, I was offered by Ottavia Piccolo (an extraordinary, awarded Italian actress) to follow her on a long theater tour (the show was called “The young Casanova”) with her company, directed by Giancarlo Cobelli… she was confident I could make a good actor but since I never had any serious or professional prior acting experience and – on top of that – I was still finishing my high school studies, I sadly decided not to accept that chance.

A few years after – while I was studying Literature at the Catholic University of Milan – I decided to apply to the official selections of the prestigious “Accademia de’ Filodrammatici” and, after a month of tests and interviews, I’ve been accepted with other nine students (out of the over 700 applicants). In the meanwhile – between 1991 and 1999 – I’ve been working in several theaters around Europe and Italy and I started writing, acting and directing for RAI 2 and RAI 3. In 1995, while I was playing Father Kolbe on the scenes of the Abbazzia di Chiaravalle I met my future wife Paola and together we decided to create something new and innovative, therefore in 1996 we founded and created Accademia dello Spettacolo: a revolutionary performing art school, based on modern methods.

In 2000, we bought an old industrial building near the Central Station of Milan and on November 2001 we officially opened the seasons of Teatro Estremo: our own theater space. Between 2003 and 2004 we sold both the theater and the performing art school and we created Astarox, our first film production company. Astarox has been alive a successfully working until 2011 counting over 74 established customers (such as: L’Oreal, Sony, RAI, Mediaset, SKY, Aimpes/Mipel, Fiorucci, Roberta di Camerino, FieraMilano, Regione Lombardia, A&G, Italcogim and many others) and we also produced TV series, music videos, documentaries, and two awarded feature films (“Mandala” in 2008 and “Backward” in 2010).

During the premiere in Cannes of my second feature movie “Backward”, on May 13th, 2010, I was invited to start working in the USA through a dear friend of mine, Jamie Weissenborn, a former Sony Picture Executive. After some sleepless nights and some deep thoughts I accepted and… here I am! After I’ve been working as a “hired gun” for several American productions, in 2016, together with my lovely wife Paola Cipollina (the only one who can stand me for more than an hour…) we created a full-service company (www.lafirstep.com) with which we started developing and producing our independent movies and TV shows (sometimes working in partnership with other major companies).

We’re always bombarded by how great it is to pursue your passion, etc – but we’ve spoken with enough people to know that it’s not always easy. Overall, would you say things have been easy for you?
Well… it’s never a smooth road… at least not for me! Don’t believe the ones who tell you that everything is easy and smooth… they’re lying! And I do have a theory for which everyone who had some success in life ALWAYS had to face some hard challenges and – sometimes – even fall on the ground and hit the rock bottom, just to get the necessary strength and rise up again like a phoenix.

The business in itself is brutal and the loyalty of people is such a rare value that – when you find someone you can actually trust – you are almost shocked. People talking smack behind your back and then asking you a favor with an unbelievable face of stone, people trying to take advantage of your disadvantages, people who mercilessly betrayed me after I helped them in a thousand ways… the list could go on and on… But I am NOT complaining because that’s the nature of the beast, that’s how the good fight is fought, that’s how the business is run. It’s as if a gladiator would be whining and complain about being thrown into the arena with other cold killers, wild animals and savage warriors: it’s what you’re supposed to do!

I strongly believe that Los Angeles is a wonderful, spectacular, magnificent place where you can actually have your chance to succeed if you do work hard for that. L.A. is a living magnifier lens that brings up 100 times more all the best and all the worst we do actually already inside of us: if you’re an asshole you’ll be a monster, if you’re a good and faithful guy you’ll be ever more generous.

So, as you know, we’re impressed with LAfirstep – tell our readers more, for example what you’re most proud of as a company and what sets you apart from others.
My wife’s company “LAfirstep” is a 360 service partner that represents a precious and valuable business’ bridge between Europe and the USA. We provide services and assistance to the ones who want to open a business here, we give full support to the American productions in Italy, we provide investors to movies, we create cultural events together with the Italian Government’s Officials.

More specifically I am a filmmaker and my wife Paola is a producer: people can easily find lots of stuff about us just googling our names (see: “Max Leonida” and “Paola Cipollina”).

What makes me proud is to see happiness and gratitude in the eyes of the people I do work with! That tells me I am on the right path and I am correctly doing my job.

What sets our company apart from the others is most probably the media power that my wife Paola widely gained through the years: she now runs the biggest and most influential Italian/American community on Facebook and she also is an official representative – for the Italian Chamber of Congress – of all the Italians in California. The fact that we work with the Consulate General, Fondazione Italia, the Italian/American Museum and the Italian Cultural Institute is something that – I believe – can make us somehow special.

So, what’s next? Any big plans?
I usually don’t like to make plans, because life – in itself – definitely knows better! Because we always are desperately lost in the past (all the successes and the mistakes, all the good and bad memories) or too projected into the future (the things we’ll do, the money we’ll make, etc…) we lose what really counts in our lives: this very moment!
I live day after day, I enjoy every second of my life and I want to see every smile on the face of the ones I love! Now!

Of course I have projects and – in particular – I do have three new feature films planned to be made within the next six/seven months… but I could not be here on this troubled planet tomorrow… something could happen to me! Therefore I want my plans to be extremely flexible…! 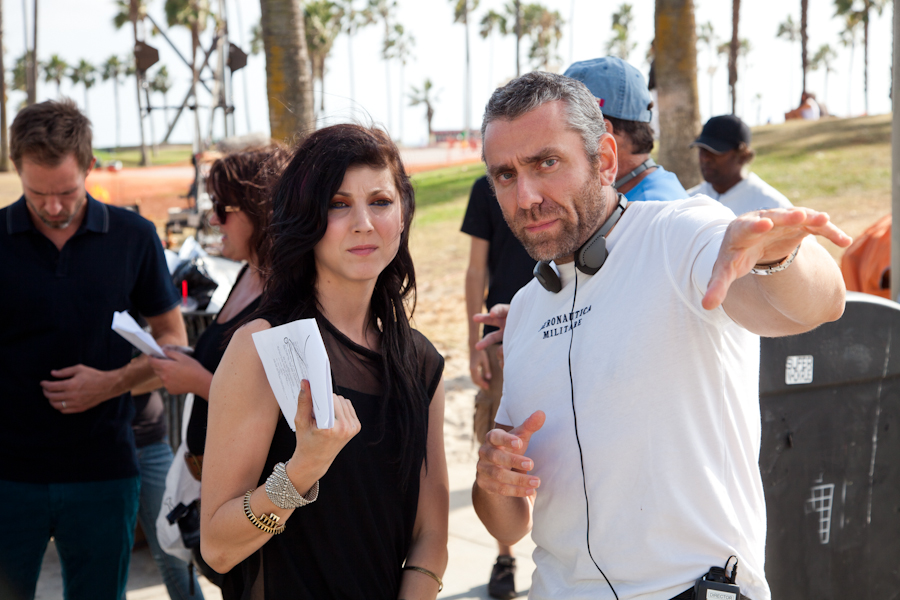 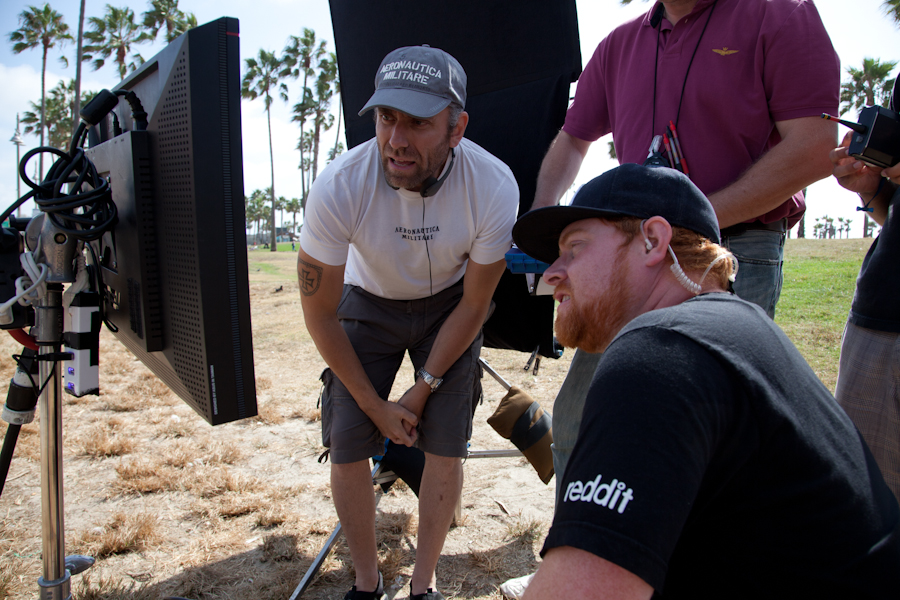 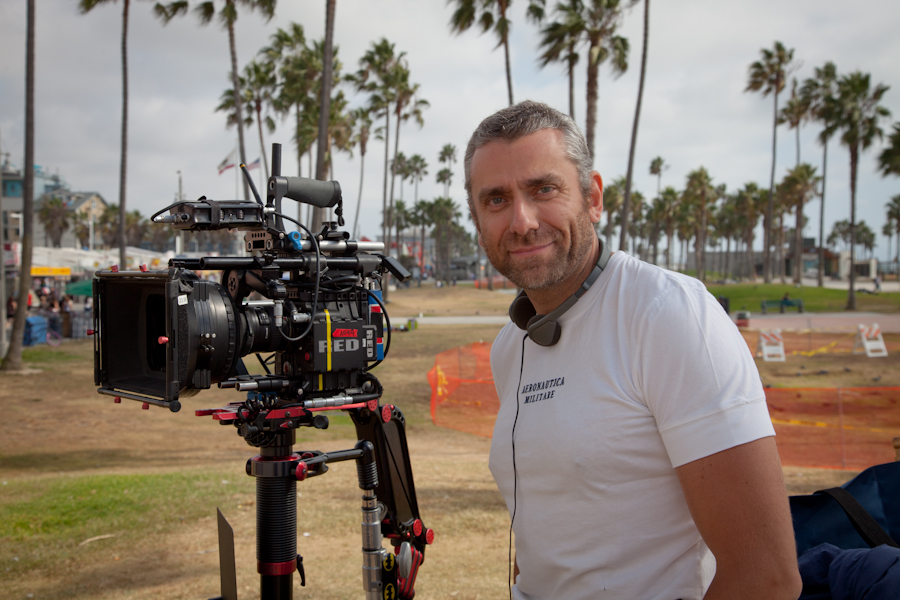 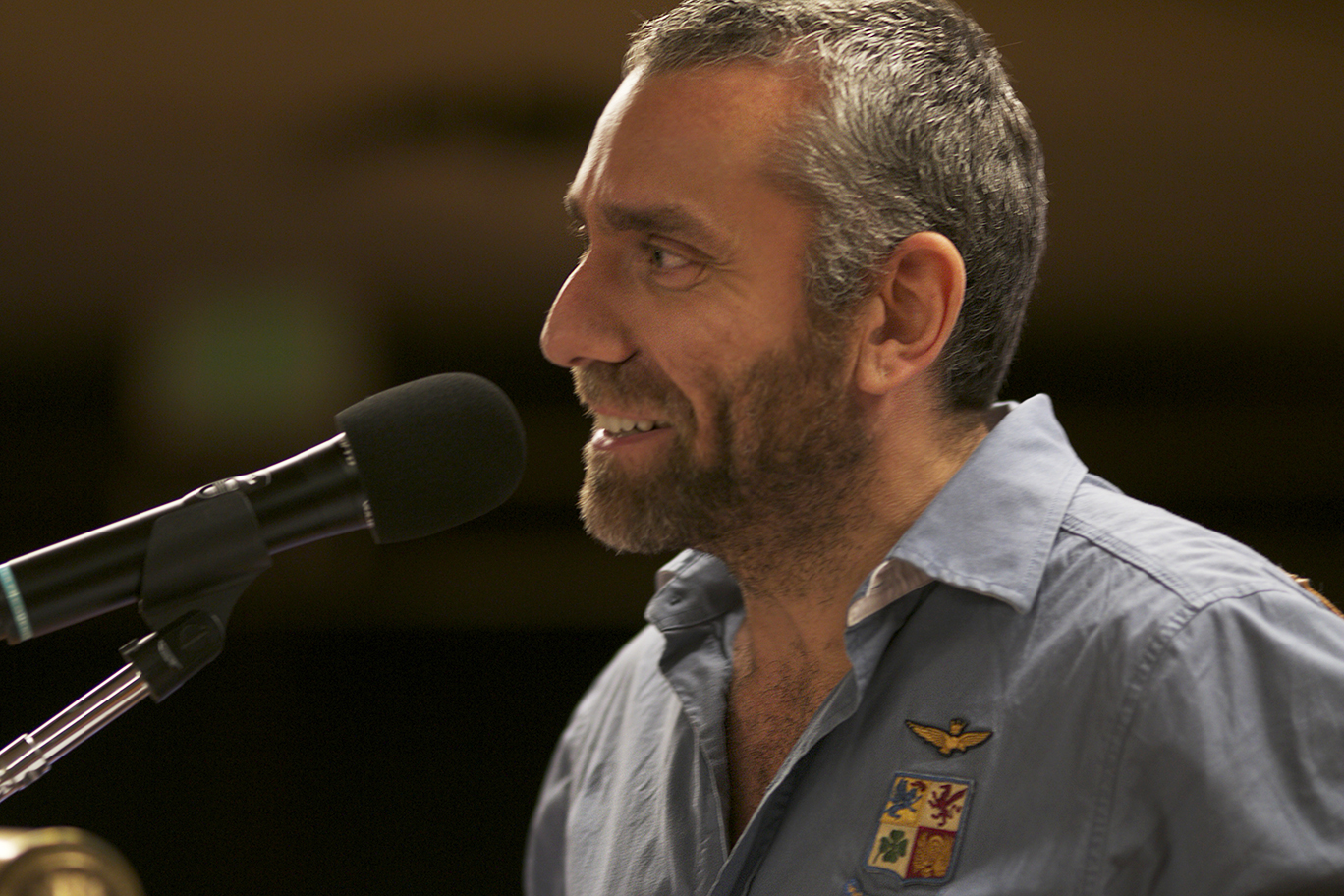 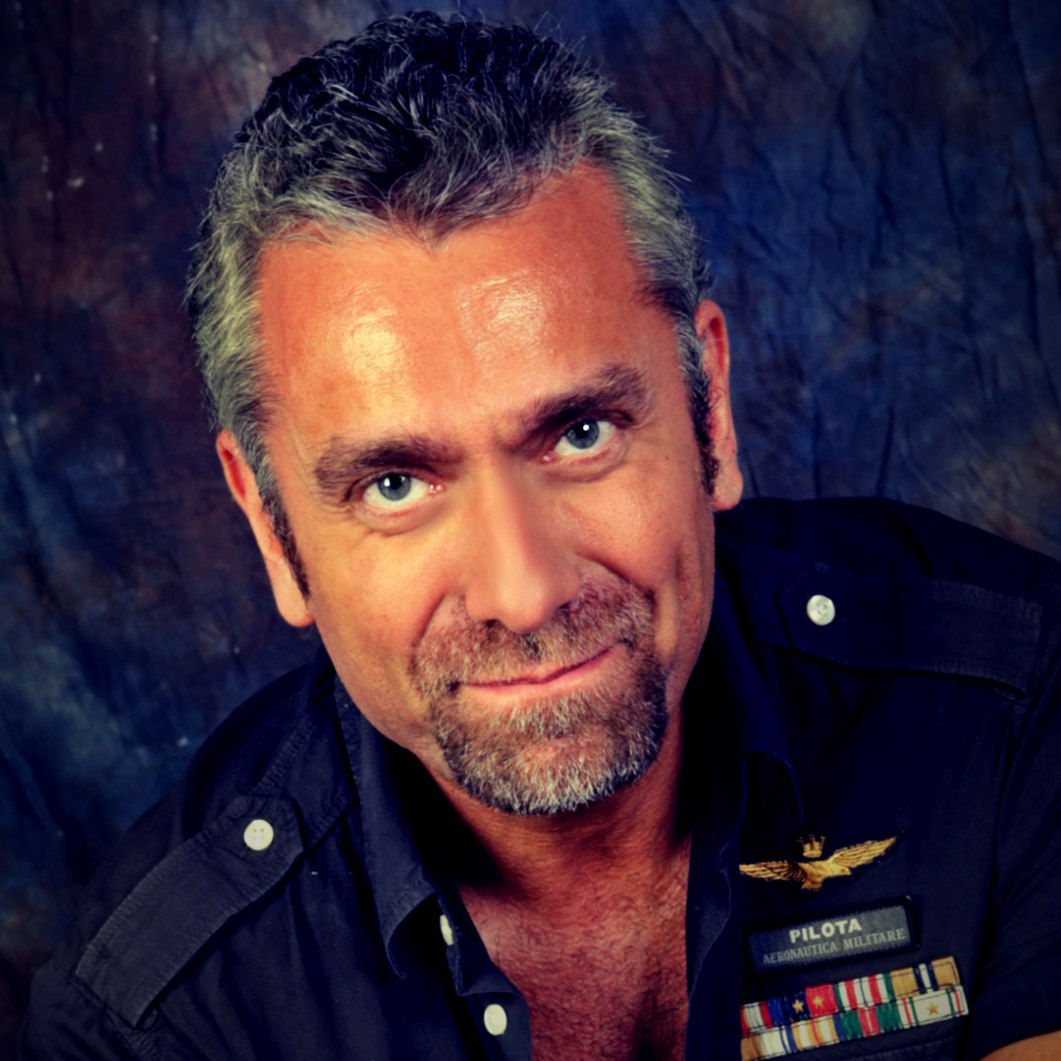 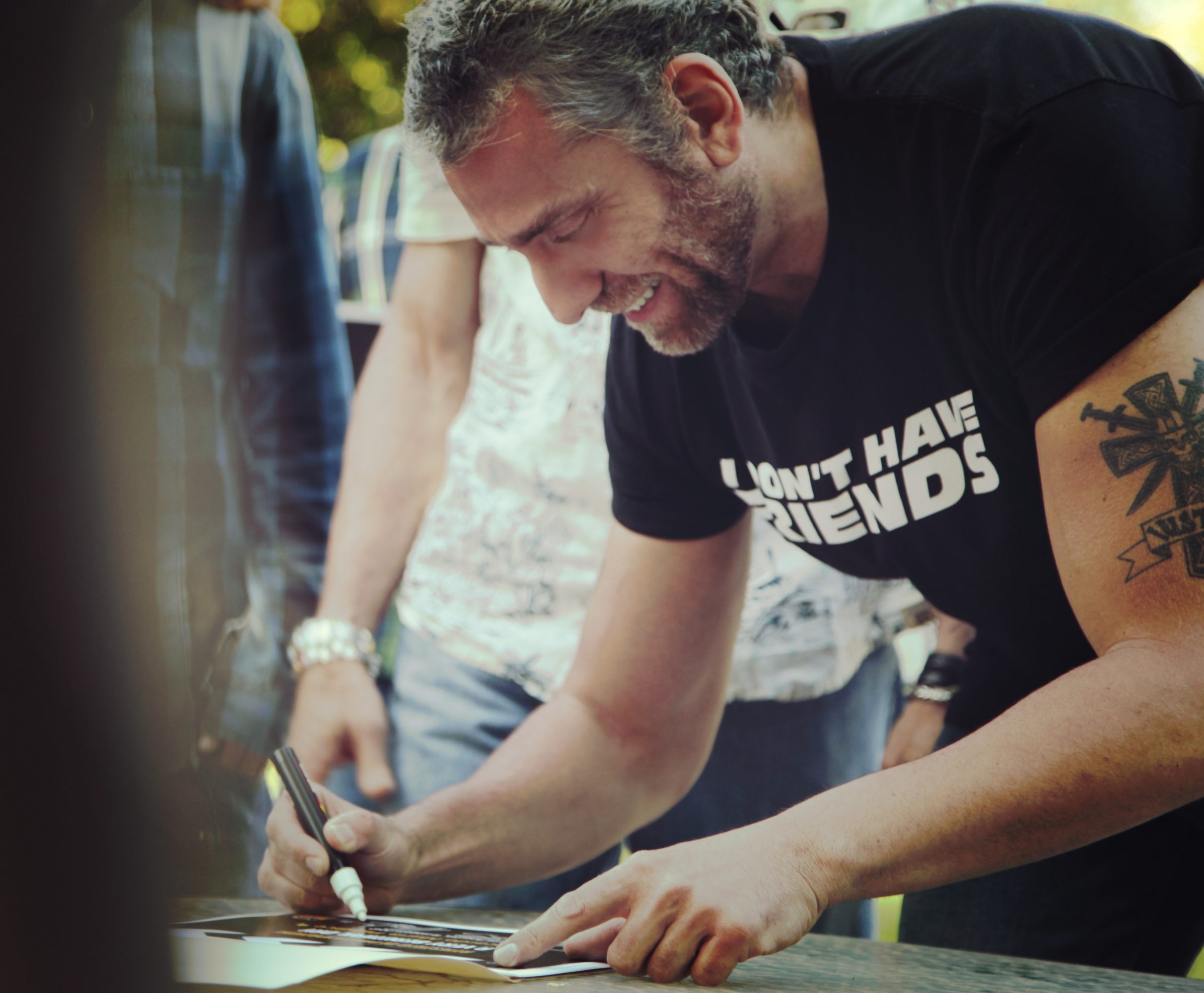 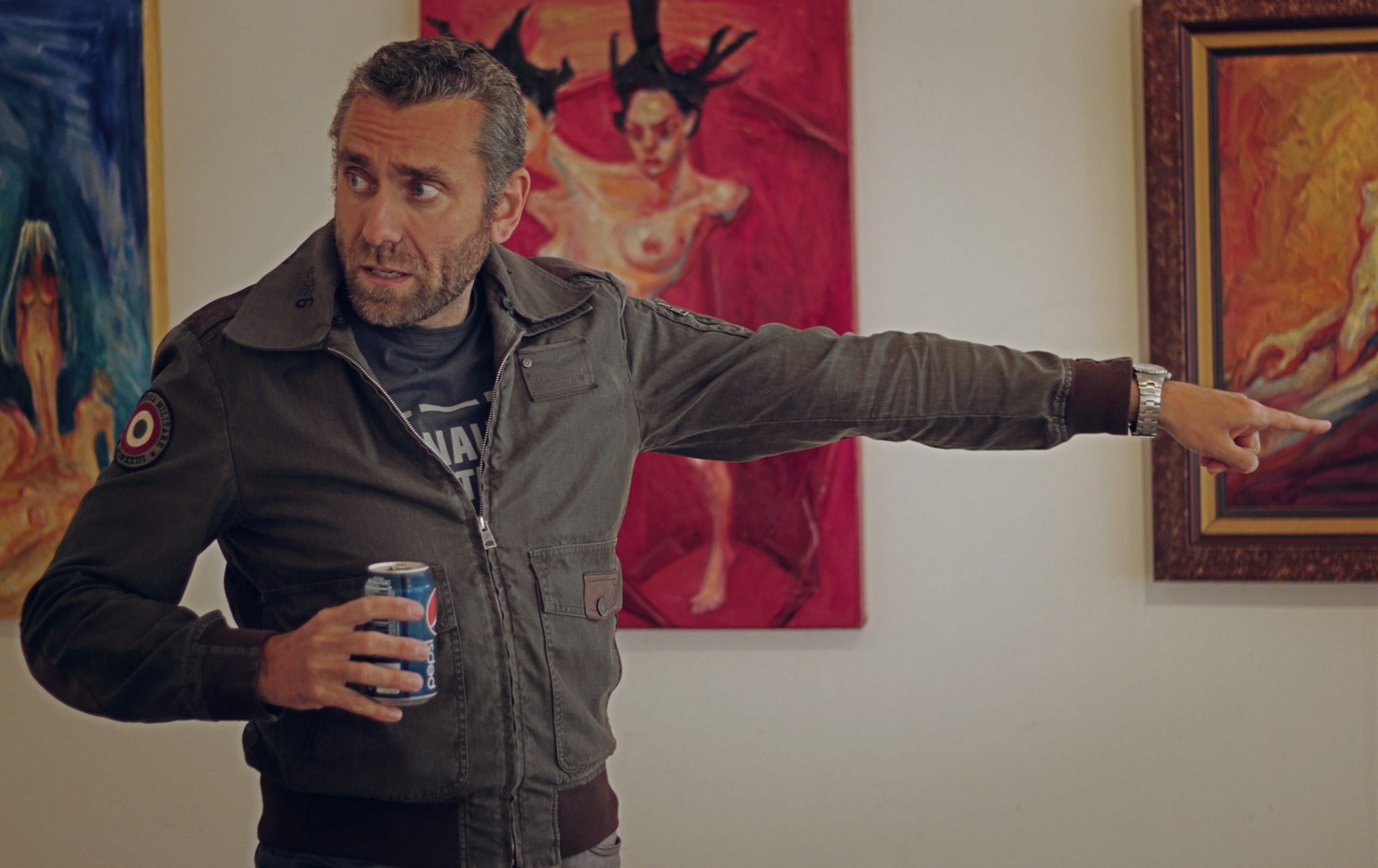