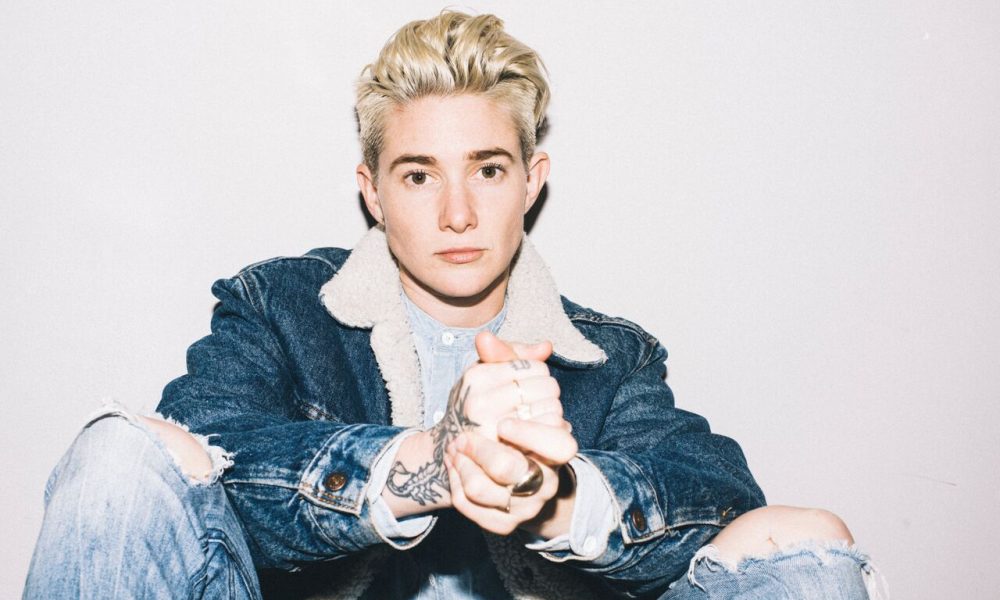 Today we’d like to introduce you to Mav Viola.

Mav, let’s start with your story. We’d love to hear how you got started and how the journey has been so far.
I moved to Los Angeles right after undergrad at James Madison University in Virginia to pursue screenwriting at UCLA’s one-year professional program. I honestly have no idea how or when or why I switched gears to screenwriting, but I got it in my head a senior year of college and couldn’t let it go. I was a sociology major with a minor in women’s studies. I thought I wanted to go all the way with sociology and be a nerdy college professor on some snowy small town campus inspiring young minds to think critically about the world.

Now that I think about it, that sounds pretty awesome. I was always writing stories as a child, and I was always full of crap – meaning, I was hilarious – so it makes sense that I would eventually get into comedy. I wish that I could go back in time and know from the jump that I wanted to be a standup comedian, but I guess the universe had a lot more in store for me because it took many years to figure that one out. Okay, so I moved to Los Angeles, completed UCLA’s program, interned for some big shot director who I met at a gay bar, started to make some solid connections, then, as idiots do, sabotaged the whole thing and moved to Colorado to be with a girl. (Is this what you’re looking for in this question? I’ve had a lot of coffee. Forgive me.) I was not cut out for Colorado. Too chill all around.

So, I moved back to LA and started writing music. Another one of my passions. I played some shows, won some showcases, made a pretty solid record, then decided that was not the life for me. I guess I’m the type who has to try everything on to figure out what I want to wear, which is why my next step was a complete 180 from the arts. I started working at a homeless youth shelter and fell madly in love with those youth. Talk about creative. I’ve never seen so much genius and heart. I was a counselor for a few years then moved up to the coordinator for the outreach program, going out on the streets all hours of the night and day to connect homeless kids with services. Oh, and before that, I did improv at the Second City and graduated from their conservatory program.

But it was while I was working at the homeless shelter that I realized I needed to take my own advice and pursue my dreams. I had many dreams, but I always came back to writing. So I enrolled in graduate school for theater film and television with a concentration in dramatic writing and spent three years honing my craft and really focusing on my wants in this industry. It was in those years someone told me to try standup so I did — that simple. I always wanted to. I knew I was the funny one in every bunch. I don’t know why it never occurred to me to just try it. I immediately fell in love.

The thought of switching career paths, again, made me want to die, but I knew in my gut this was the one. There’s a quote about love that I’m going to botch that says something to the effect of, it’s easy to mistaken a hyena’s cry for a lion’s until you actually hear the lion roar. Then, you know damn well it’s a lion. And so it is with love. And for me, so it is with standup. I started the way any comic can, in small dingy divy bars full of white dudes talking about their dicks for three minutes. In fact, you never stop doing those shows. Not yet, at least. But I log in my hours, some weeks more than others, and now I can say that I’ve had the opportunity to regularly feature for Whitney Cummings all over the country. I just headlined a four-day festival in Portland, where I regularly book sold out shows.

I’ve performed at the Women in Comedy Festival in Boston, the Queer Comedy Festival in Portland, etc. I was named one of WhoHaha’s (Elizabeth Banks) top LGBT creators to watch, and I’ve been regularly featured on their site. Standup has given me my closest friends, mentors and role models like Whitney Cummings, and a platform to tell my story and find the funny in every facet of my life. I have a long way to go, but this is the long game I want to play.

Overall, has it been relatively smooth? If not, what were some of the struggles along the way?
If you’re a comedian and can say that it’s been a “smooth road” to success, I can’t imagine I would enjoy your work. That’s just me being honest. I think the hard road is what makes for great, deep, meaningful art. The hard road won’t look the same for everyone, but this is not a career that opens doors often. You have to pay your dues, and not just to prove yourself, but to prepare yourself.

To get better, you have to go up all the time and say yes to every opportunity to do so, whatever the venue, however late, whoever is on the lineup. The process alone is hard. But I also think you have to go through hard shit in your personal life, and also be paying attention and remain sensitive to what everyone else is going through. Personally, I’ve had many detours. As I said in my previous answer, I tried on a lot of different hats before finding standup.

One of my biggest struggles now is just keeping the focus during stretches of time when you feel like you aren’t “making it.” In this business, you have to maintain focus. You cannot let others successes make you jealous. You cannot expect everyone to love what you’re doing on stage. You have to be committed to your vision and remain consistent in your effort toward that vision, and that’s all there’s room for. But it’s not easy.

I remember coming back from a trip featuring for Whitney, feeling like I was on cloud nine, just soaring from the high of performing alongside that level of genius. But I got back to LA and had to go right back to my day job working in a restaurant. And then my other day job is nannying. And I let it get to me, instead of being proud that I have a solid work ethic.

Bottom line, you have to be your own advocate and be proud of yourself every step of the way. Whether that’s when you’re on stage in front of hundreds of people looking at you like you’re the end all be all, or when you have to get up at 6 am to serve lox on a bagel to entitled no tipping assholes.

We’d love to hear more about what you do.
I’m just me. I don’t have a business/company… yet. I’m a standup comedian who travels the country performing standup that aims to bring light and comedy to issues that often seem too big to touch. I’m known for talking about my experience in society as a gender non-conforming lesbian. I talk about that journey a lot because it’s ongoing and ever-changing.

I also talk about my home life. I’m a stepparent to a six-year-old girl who lives with me and my fiance the majority of the time, and that has been a huge adjustment for me. I used to be the ultimate bachelor, and now I have a fiance, a stepchild, four dogs, a cat, and a house with a white picket fence.

It definitely took some growing pains and navigating my home/work life, as standup requires me to be gone most nights and traveling a lot, but I have settled into this life and can’t imagine it any other way not. I think that’s the thing I’m most proud of and sets me apart. Making it all work. I have somehow managed to be a comedian with a family, and that is not an easy feat.

If you had to go back in time and start over, would you have done anything differently?
I don’t have any regrets because that’s a huge waste of time. But if I had to start over, I would have pursued standup as soon as possible. I would have just pulled the trigger and done it. Young people interested in standup should try it ASAP.

You have to have the stamina to really commit to stand up, so the early you can figure that out the better.  Also, and I don’t know why I didn’t mention this sooner, but I would have dealt with my trauma sooner. I was sexually abused as a teenager, by my youth pastor from high school who I had a very close mentor relationship with, and it took me many years to address that in its entirety.

I had therapy off and on, and really thought I’d handled it, but I think I only managed to find a way to survive it. That trauma really affected my ability to know myself and love myself. And you can’t have success in any capacity if you don’t have knowledge of, respect for, and love of yourself. It wasn’t until I testified in court and helped get him convicted of what he’d done to me that I began to really take myself seriously in this world.

Locking up my abuser, reading my victim impact statement to his face in court, empowered and changed me in a way that I will never un-know. Everything has meaning if you assign it meaning, but I would do that differently. I would have learned the value of myself earlier. I would have made that a priority. 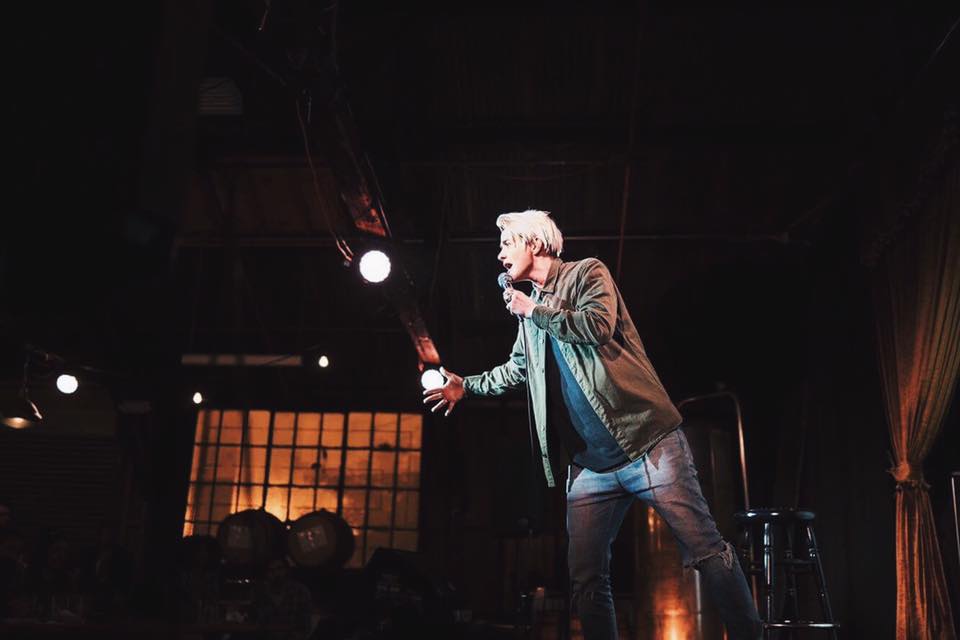 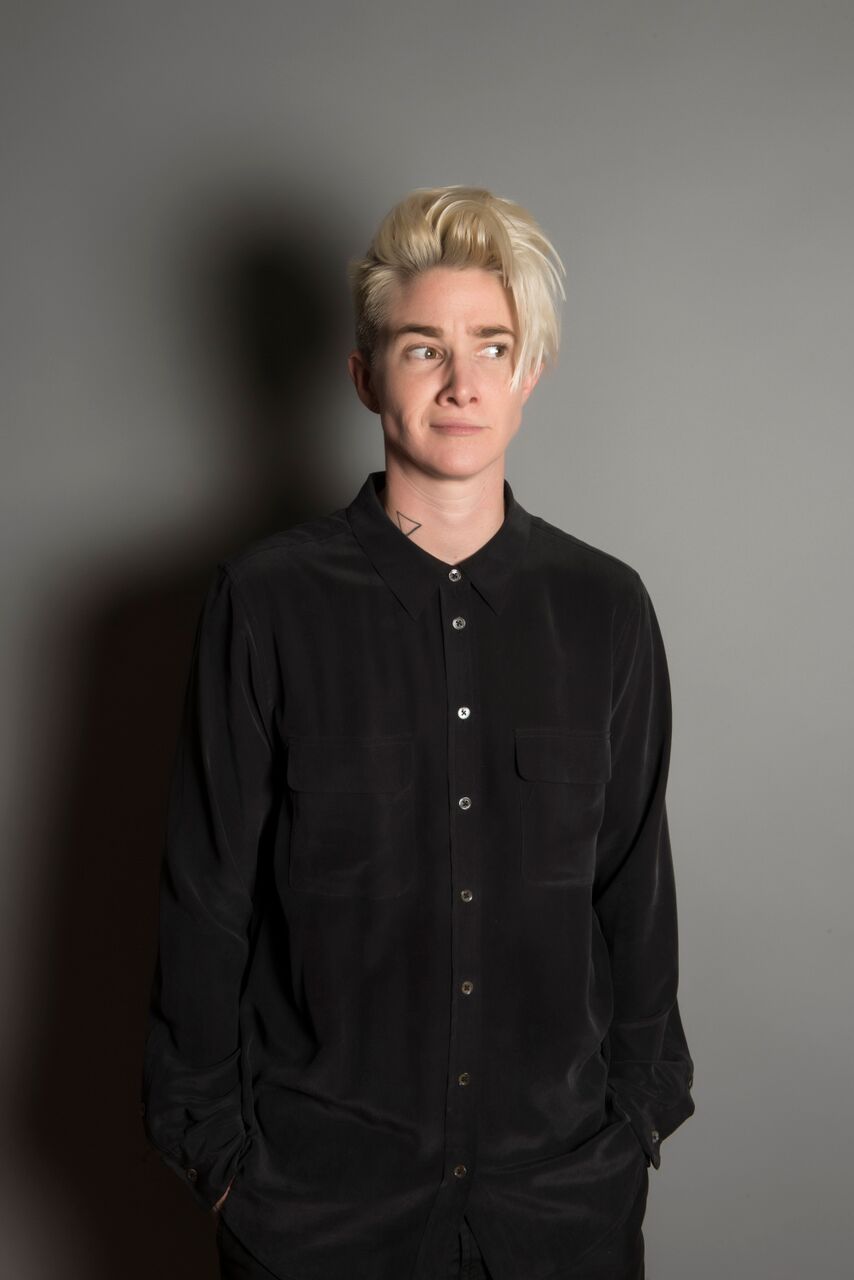 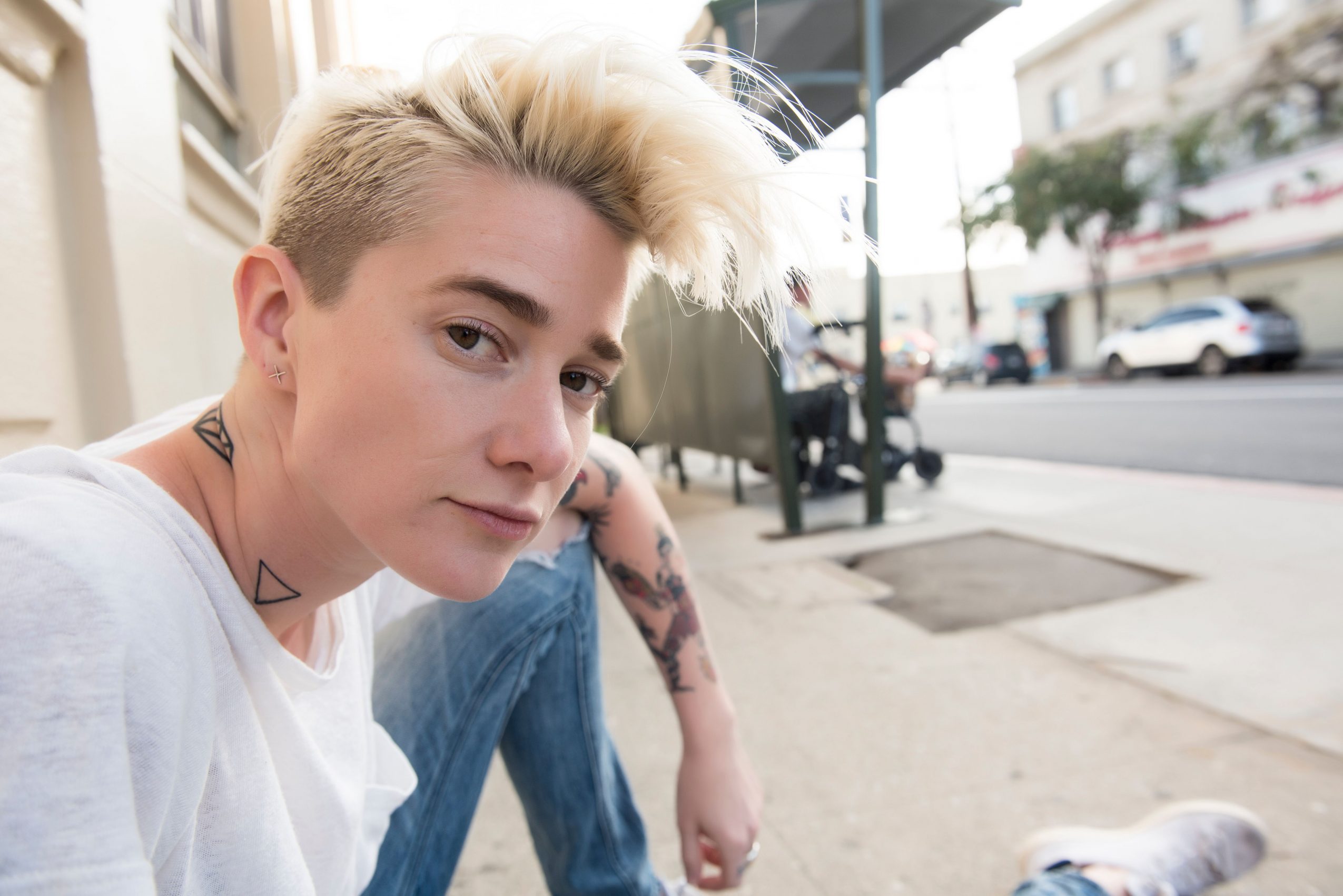 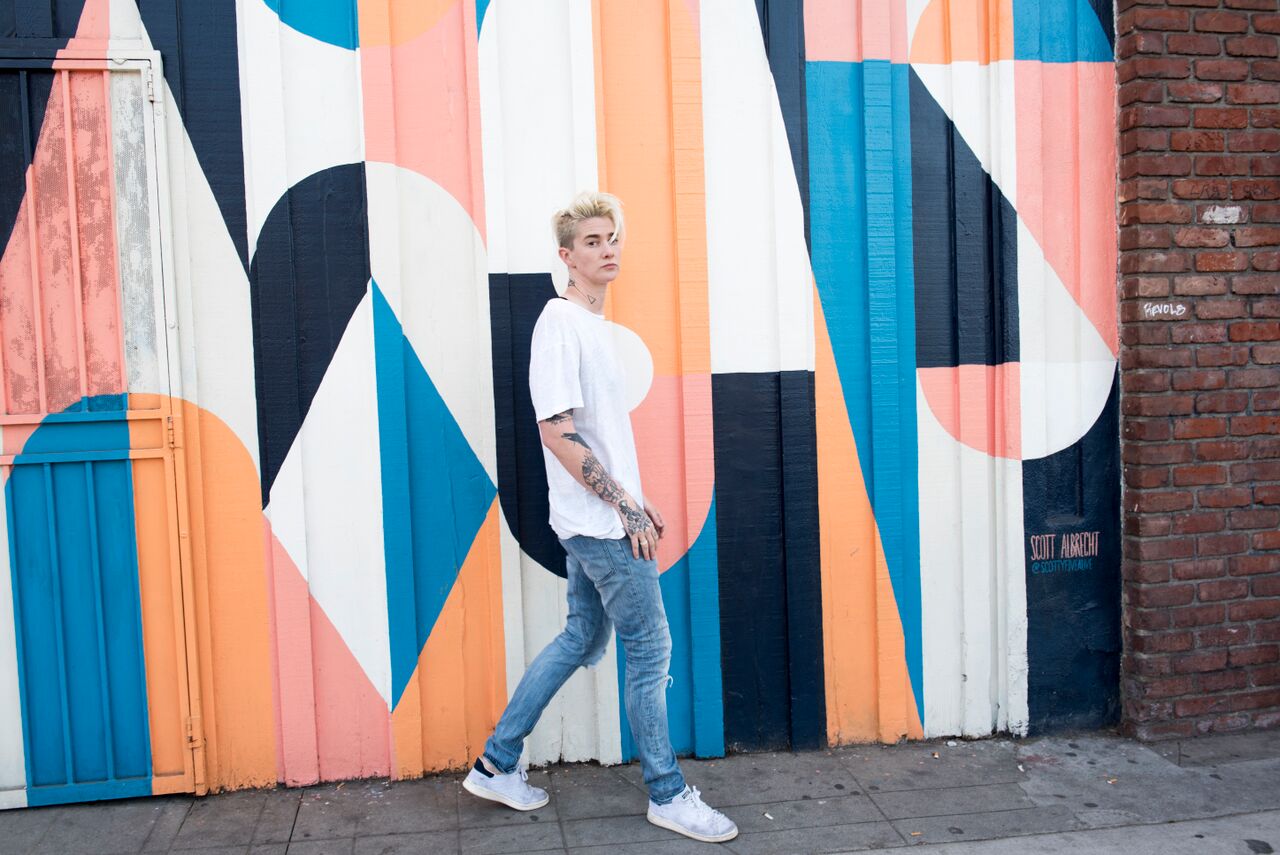