Today we’d like to introduce you to Masha Karpoukhina.

Masha, let’s start with your story. We’d love to hear how you got started and how the journey has been so far.
I am 37 years old. I am a filmmaker. I am a single mother. When I was little, I wanted to be a tree. But I also really wanted to be a filmmaker for as long as I can remember. I grew up in the Soviet Union. When I was eight, my father was accepted to Moscow’s most prestigious film school – VGIK, that operated under Moscow State University and studied under Vladimir Kobrin. Funding for the arts was scarce in the country that was on the brink of collapse. The entire class studied, filmed, edited, and in some cases slept at Kobrin’s one bedroom apartment that he shared with his wife and two children. The living room was converted into a makeshift studio painted all black and containing the latest computer editing technology and a myriad of strangest art objects like old typewrites with baby doll heads for letters, a functioning shovel guillotine, classical Greek sculptures, scientific instruments, collages, paintings, and other mayhem. The bedroom was the child’s room and for the most part functional and normal.

The kitchen was the heart of the house always filled with cigarette smoke, aroma of simple, but delicious foods and loud discussions about the state of the arts, philosophy, human rights, and everything else under the sun. All the kids (Kobrin’s and his student’s) ran amuck amongst this general spirit of creativity. I remember this one time when they were doing the 7th take of a naked man climbing out of the 1st story window and wondering the streets confused. The neighbors couldn’t take it anymore and finally called the police. This harmonious chaos was a lot of fun, but it also made sense because beautiful things came out of it. I wanted this chaos to be part of my life.

Great, so let’s dig a little deeper into the story – has it been an easy path overall and if not, what were the challenges you’ve had to overcome?
It didn’t quite turn out this way. I immigrated to the US when I was 12. Got Bachelors of Film Arts and Television from Academy of Art University in San Francisco and soon after, landed a job with Micro-Documentaries where I am currently the Editing Manager, Technical Director, and Senior Field Producer. Far from naked men jumping out of the window and scaring all the neighborhood grandmas (the avant-garde), I now deal with clients like Autodesk, the Simon’s Foundation, Sutter Health, National Academy of Education, RED, Lucile Packard Children’s Hospital, and many others, who’s missions and unique stories take us all over the globe. It’s very much a paycheck in a rapidly gentrifying, most expensive city in the U.S., but one we can be proud of. In addition to that, we run a boutique production company called Colorfool Films focused on producing ethical content for ethical companies and individuals. We have worked on socialist ads for Julia Salazar (partnering with other socialist media outlets) on music videos for emerging artists, on award winning shorts and feature films. But the project that has consumed our imagination, that touched our hearts, and inspired us is currently in the very beginning stages of production. It’s a documentary series of films titled “Into That Good Night” dealing with documenting the beauty and immense wealth of knowledge of certain ecosystems, species and cultures around the globe that we are bound to lose due to climate change.

Colorfool Films – what should we know? What do you do best? What sets you apart from the competition?
There is a tendency, especially here in Silicon Valley, to look at all problems facing us through tech colored glasses. A sense of optimism is rewarded and cultivated that I have a hard time describing any other way than – false. As ugly towers are erected commemorating unimaginable wealth, gluttony, waste and consumerism, tent cities grow unabated on the same block where whole families have no access to medical care, clean water, or even a toilet. Every new app somehow saves the world, legitimately or not. This false optimism permeates all sectors from business to politics, from science to art and communication. There is brand of messaging often utilized in films here marked by a predictable three act structure culminating in sugar coated images of the solution set to tingling and hopeful music. We wanted to take a fundamentally different approach, especially when dealing with messaging about climate change. The road out of this mess will be harder then we can ever imagine and require thinking that doesn’t exist yet. In the words of Greta Thunberg – “It will take a far-reaching vision, it will take courage, it will take fierce, fierce determination to act now, to lay the foundations where we may not know all the details about how to shape the ceiling. In other words, it will take cathedral thinking.”

We wanted to convey the fact that even in the best-case scenario, loss is imminent. Our planet has seen her the first climate change refugees, witnessed the melting of ancient ice, the extinction of species, cultures and entire ecosystems that have supported life for millennia. In my lifetime (I was born in 1981), close to 60% of all mammals, birds, fish, and reptiles have been lost (the Living Planet Index). This loss is staggering and profound, and it cannot be fixed by Silicon Valley technology, the Paris Climate Agreement or even the Green New Deal, alone. In this series of films, we wanted to acknowledge this loss, but also ask ourselves about what we can learn from these disappearing places and what comes after loss? “Into This Good Night” will act as a document, a love letter, and a catalyst to stir the soul and awaken compassion for the tapestry of life that connects us all; a way home.

What moment in your career do you look back most fondly on?
The proudest moment so far has been in getting the courage to get the self-funded pilot off the ground. The pilot is titled “Figure Harmony” and it centers around the life work of Bernie Krause. We recently got in touch with Bernie and filmed his unique story that revolves around wild soundscapes and their loss. We followed him into the field to see him record the dawn chorus, decoded whale and coral reef spectrograms, and explored what remains of his world famous audio studio that burned to the ground in the Sonoma Fires of 2017. His career began in the 1960s where he was part of the audio team that created soundtracks for iconic films such as “Rosemary’s Baby” and “Apocalypse Now”. He is also credited with introducing synthesizers to the world of pop music and film and is considered one of the pioneers of electronic music. However, by the 1970’s, Bernie chose to leave his promising music career to focus on what would become the great work of his life. He began recording the unique acoustic signatures of wild habitats around the globe, from the whales in the Pacific, to the dawn choruses of various forests across continents, to the coral reefs near Fiji, to his own backyard in California – the Sugarloaf Ridge State Park.

To date, Bernie has recorded over 1200 individual habitats among his collection of over 50,000 individual recordings. He made an extremely valuable contribution to environmental science (his collection is now the largest collection of wilderness sounds in the world) and founded the field of Soundscape Ecology, a subdivision of Eco-Acoustics – with sound recording techniques that offer some of the best ways for us to monitor ecosystem loss. Among the many tragedies of extinction, we rarely think of the loss of sound. We may take it for granted, but the song of life is being extinguished together with the rest. “A great silence is spreading over the natural world even as the sound of man is becoming deafening.” – Bernie Krause. We are currently in post production on the pilot and have great hopes to be able to complete the entire series. 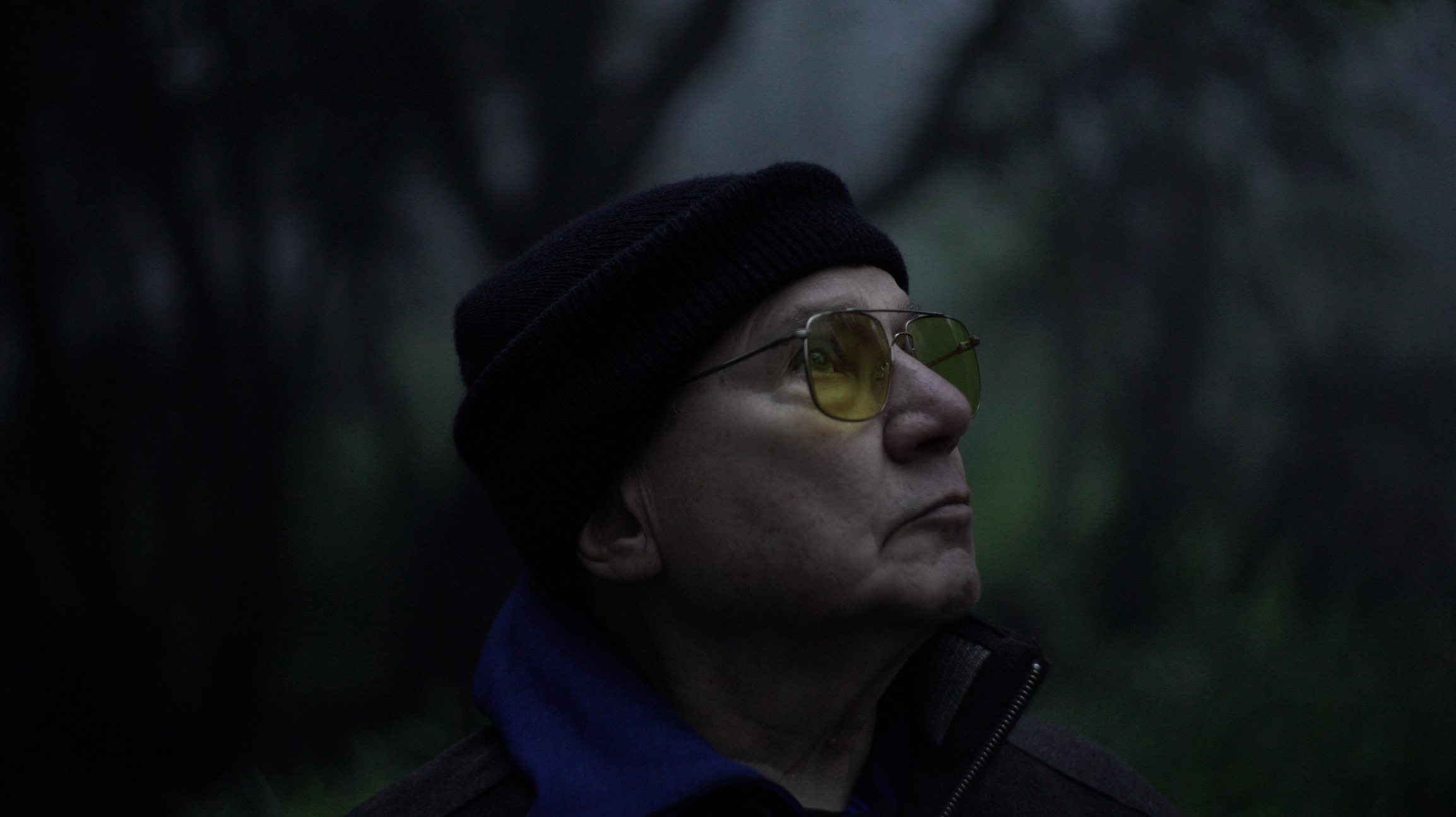 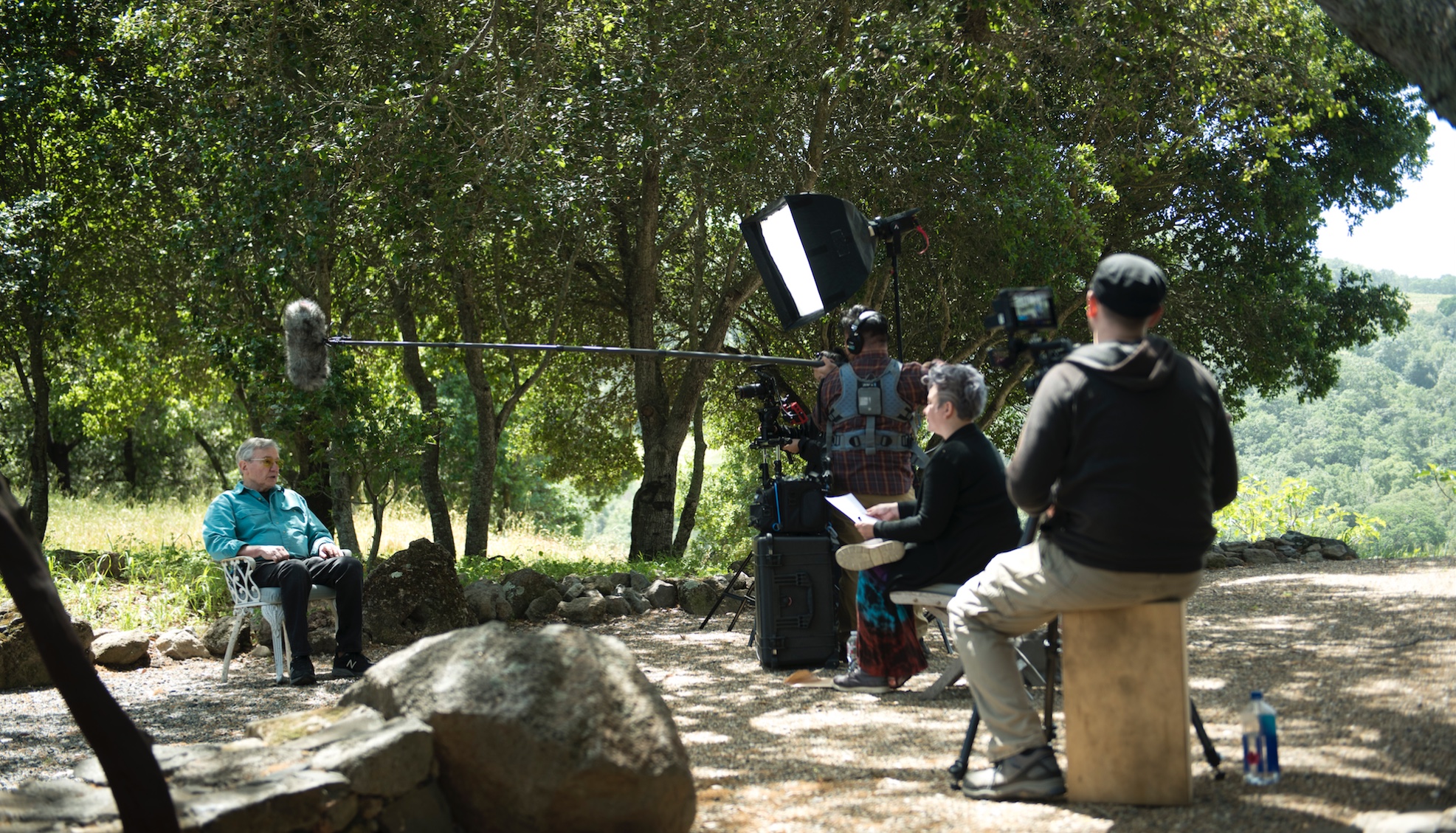 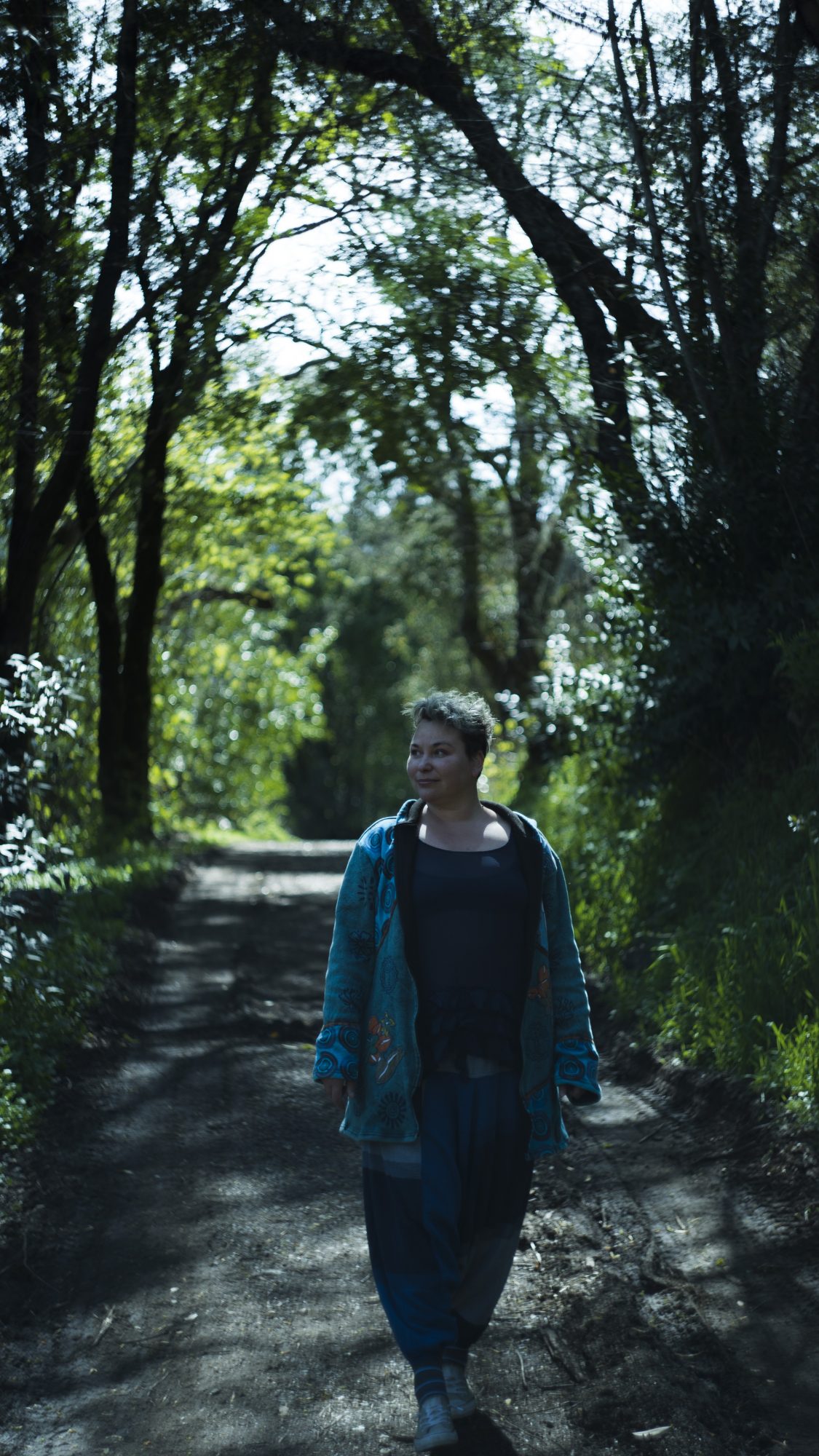 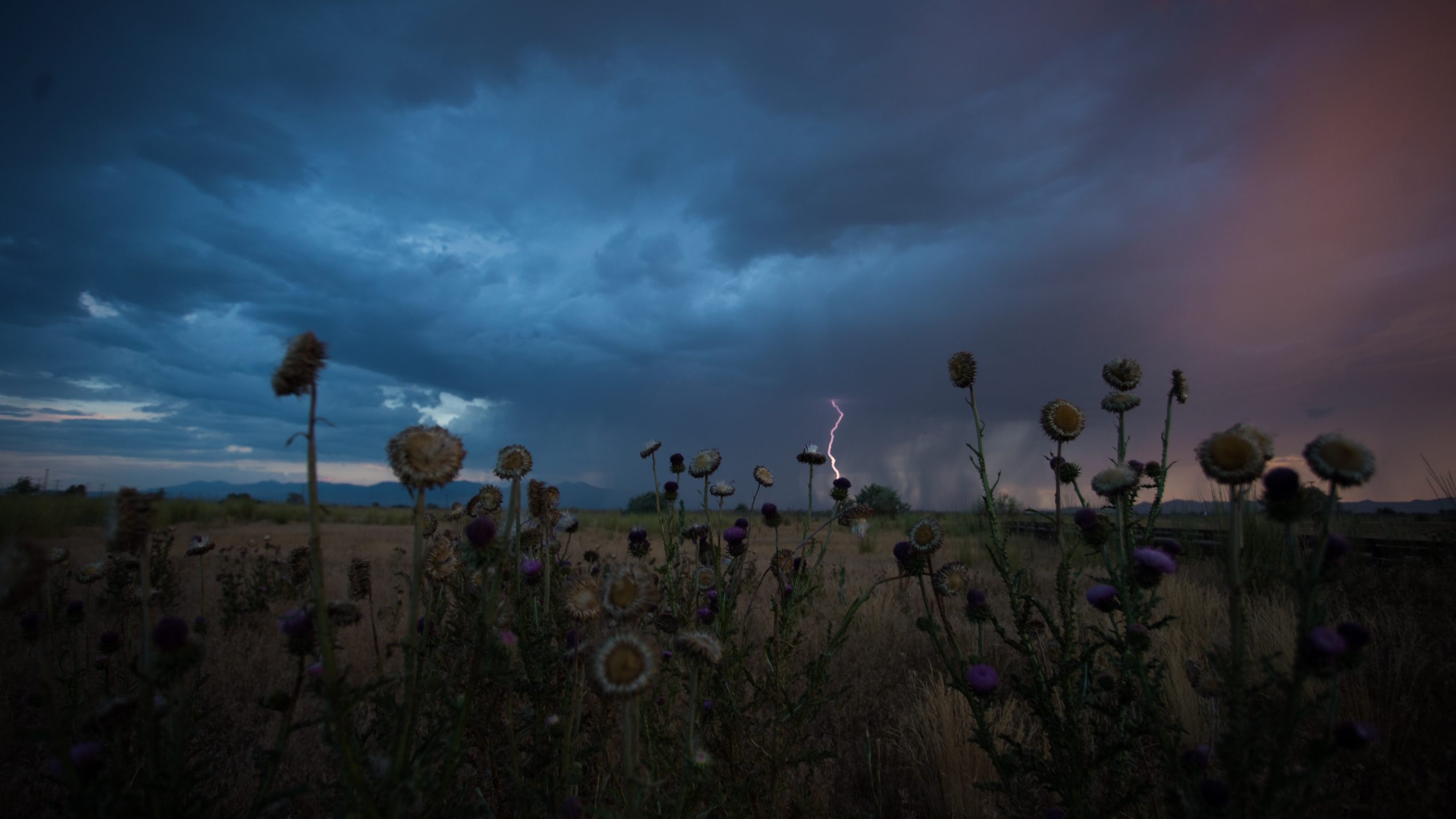 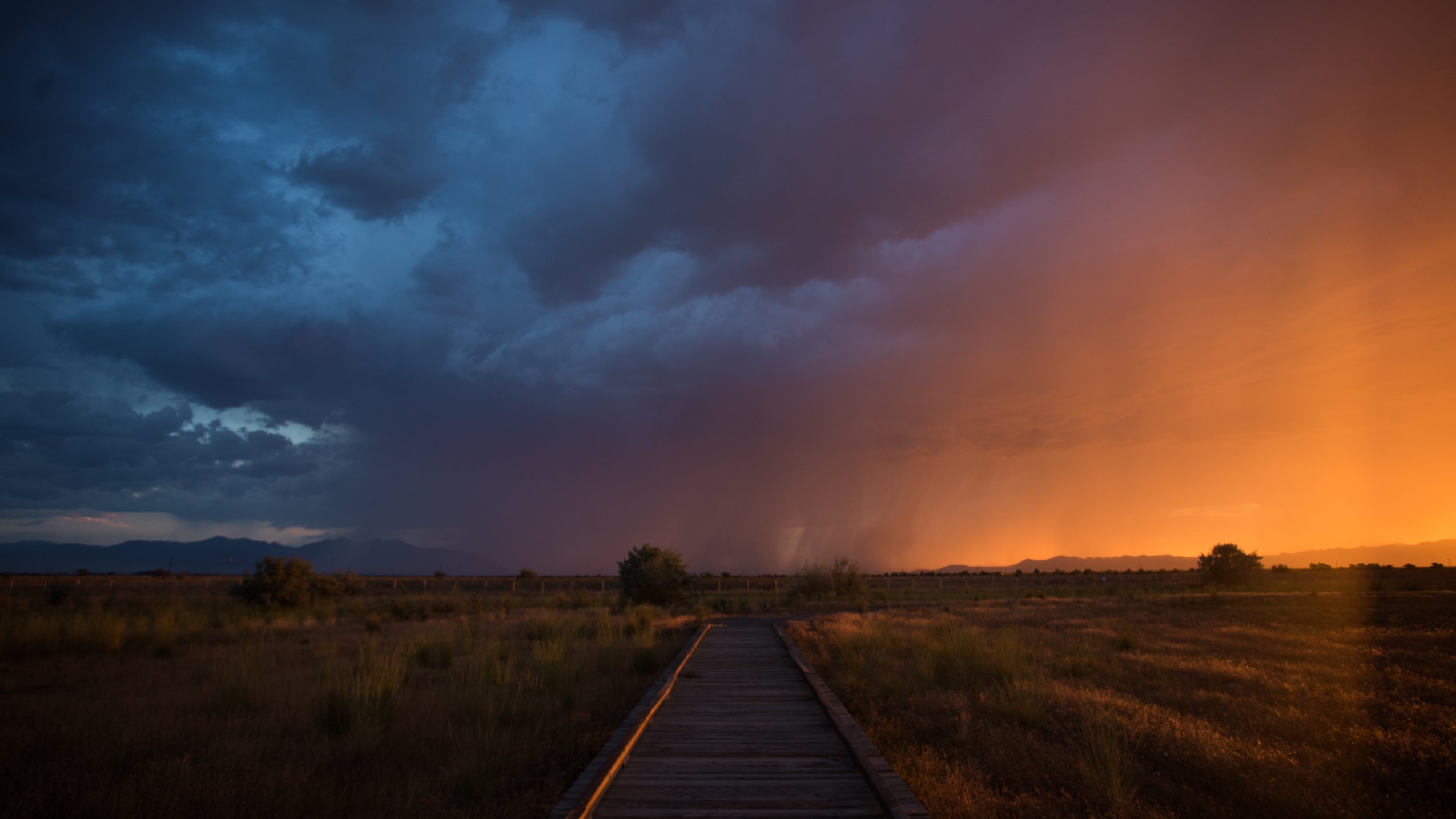 Image Credit:
Main black and white photo by Yuri Shiller, Behind the scenes of crew by Irina Kivolya