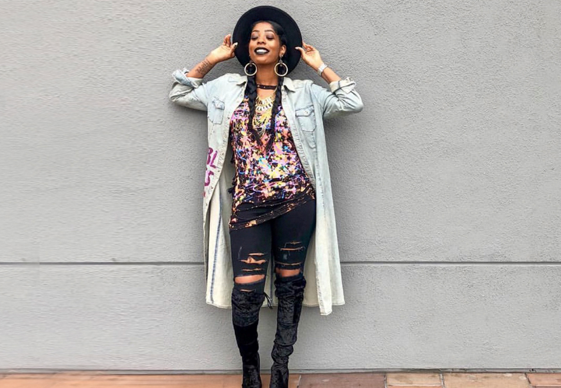 Today we’d like to introduce you to MarQueta Pippens.

MarQueta, let’s start with your story. We’d love to hear how you got started and how the journey has been so far.
My story is quite crazy to even think about. I’m originally from St. Louis, MO and moved to L.A. just three days after my 20th birthday to go to Fashion School and to start my career in Modeling & Entertainment. I’m now a Singer/Background Vocalist, Online Store Owner, Designer, Model/Actress, Stylist & Fashionista… what you really would call a JANE OF ALL TRADES.

I came out to L.A. to go to Fashion School gaining a Bachelor of Fine Arts Degree in Fashion Marketing. But in the process of that, a bunch of other things that came along with who I am sort of fell into my lap, like music, art, custom designing, etc. I started my first fashion company from one of my homework assignments that I was inspired by that I ended up turning into a real live t-shirt business.

At that time, I became an inspirational t-shirt designer at just 24 years old working in all angles of the fashion industry from creative directing, styling, marketing, merchandising, etc. Because of my love for Fashion & having a good style with my own originality, it led to me starting my own Online store formally selling vintage clothes right out of my closet, and other great thrift finds which has now turned into “MJ’s Closet” (www.ShopMJsCloset.net).

I started off singing in church and still love it to this day & one thing I was known for in High School was for always bursting out in the middle of class… SINGING… lol! In my early age, singing was always a passion I just didn’t realize how much, nor did I ever really know that it would take me this far. I had dreams of being a singer but never thought I’d be blessed to partake in it the way I have. Since moving to Los Angeles, I’ve been tremendously blessed to background sing behind some of the best artists and musicians in the field.

I’ve also been blessed to work with major artists such as Lukas Graham singing background vocals on his album, ‘The Purple Album’ released October 26th, 2018. Along with all these things I was always told as a kid I should be a Model. I don’t have one of those “being discovered” stories when it comes to modeling. I had to go out and get it.

Not knowing what a “Model” really was or what they do growing up I still had in the back of my mind that whatever it was if it was meant for me I’d someday be one. I got my first television debut when I booked my first Mcdonalds commercial at the tender age of eight.

Around the age of 16, realizing that I really did look like a model at my 5’10” frame, plus getting tired of people asking me literally EVERYDAY, “Are you a model,” is where I began to pursue acting & modeling in my local hometown of St. Louis. With the support of my two parents, I attended model searches until finally I was signed to a local agency where I took acting and runway classes.

Like any modeling career, everyone has their ups and downs, especially in the pursuit to find the right modeling agency. Once I moved to Los Angeles, I became a freelance Model & Actress. I booked a few commercials, music videos, runway shows, etc. on my own until I was finally signed three years later to Otto Models represented by agents who made television appearances on shows such as The Tyra Banks Show.

From there, things began to look up for me modeling Internationally for designers, catalogs, hair shows, and participating as “Eye Candy” on Television shows such as Nick Canon’s Wild N’ Out and more.

A TRUE Jane Of All Trades.

We’re always bombarded by how great it is to pursue your passion, etc. – but we’ve spoken with enough people to know that it’s not always easy. Overall, would you say things have been easy for you?
Absolutely… NOT! Lol… smooth is far beyond what this was, BUT I am forever grateful. Had things not happened to me along the way I wouldn’t be the woman I am today.

Some of the struggles along the way consist of feeling ALONE… A LOT. I’ve been living on my own for about 14 years… ALONE. And even before that having roommates were cool but my entire family is back home in St. Louis, so I felt like I had no one often. Not only did I feel like I had no one, but I had a lot of financial challenges as well.

Just being a college student and creative things have been very tough. You also deal with people (especially non-creatives) not believing in you and valuing you the way you would expect ppl who say they’re your “friends” to do. And in music especially you have to deal with men wanting to sleep with you over wanting to work with you.

When in the end you know your talent should speak more than your face or your body. Most ppl I meet look at me and think I have it made because of what they see. I carry myself very well, and by the grace of God and my parents, I’ve always been very well taken care of… I think more than the average.

So people mistake that as everything comes easy to me. When truth is, it was never easy, I just prayed… a lot. Thank God for my spiritual upbringing, somehow throughout all my hardships and struggles I was always alright.

We’d love to hear more about your business.
MJ’s Brand consists of everything I am made of, me being an artist as a whole, who I am, what I can do, and how I can do it. I sing, act, perform, custom design clothes & model.

When it comes to Fashion, I specialize in creating things and making things beautiful… aka taking old things and making them new again. I can take something really plain or really ugly and turn it into a beautiful masterpiece by reconstructing it. I can look at something at a thrift store on a hanger and instantly know how to re-create it. Most of my re-creations are by hand. I paint on clothing, cut dresses and make them into kimonos, distress and cut up t-shirts, etc. I can pretty much re-make anything by hand.

When it comes to singing, I’m a soprano that specializes in vocal harmony. I can hear really well, so it’s easy for me to sing with other ppl in a group setting and behind ppl. It pretty much just takes me a couple of minutes to really learn a song. When given a chance, I can make a group sound really well. I always tell ppl a lot of singers can sing well, but a lot of them can’t HEAR well. Along with background singing and singing on my own, I’d love to begin to work with groups training them to make their sound & blend perfectly.

I am most proud of all of my accomplishments and despite what I’ve been through I’ve never given up. Most ppl in my position would have lost their mind a long time ago. But somehow I’m still here, still standing. One major factor that sets me apart from others is that I can do all these things… & and I can do them well. I don’t have just one thing I’m good at… I’m good at all these things, and I’ve made money doing all these things. They’re not just hobbies, they are me, and they are what makes me… me.

Everything about me speaks creativity. And even when I’ve tried to shut it off, I just can’t be shut off. No matter what gifts and talents we all have no one can do what I do like me, and I can’t do what they do like them. Everything I specialize in is for me, and in some way regardless of someone else, I do it like me.

What were you like growing up?
It’s funny because growing up I was way more shy than I am now. Looking back, yes I was a singer as a kid, and I was spiritual, but I was very shy. I had a lot of dreams back then, but I kept a lot of my dreams bottled up inside and didn’t speak on them much.

I always knew I could sing, but that’s what my room was for… with the doors clothes & music blasting. I was more so into sports growing up. I was a tomboy who played soccer, volleyball, and basketball for years so no one could convince me that I’d be into modeling and fashion at all. But again, those things were silent dreams of mine, let alone unrealistic for me to ever pursue… at least, so I thought.

But one thing I mentioned earlier is that I was VERY spiritual growing up. I remember how hard I used to pray at just 12 years old. I am the youngest girl out of four children, and my dad was a minister. We stayed in church, so it’s just instilled in me from childhood to have faith and to keep believing. I always got good grades and loved my family.

I think that’s why I work so hard now as an adult because the love I had for my family I still have now, and I feel like I have to make it for them more than anything. I owe it to my parents, and I owe it to my family. 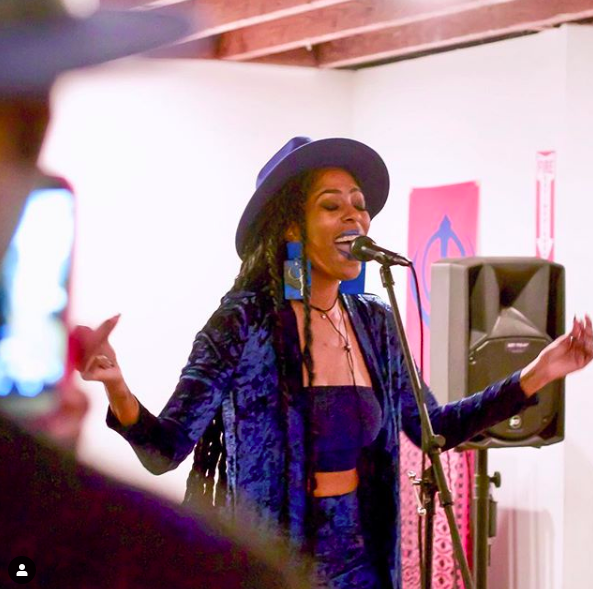 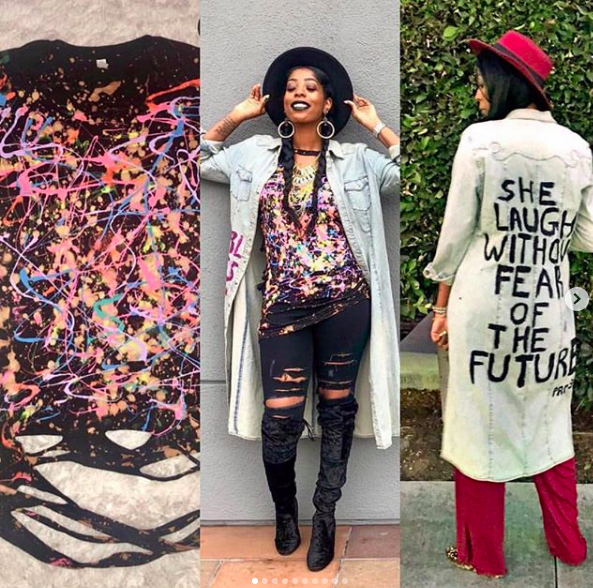 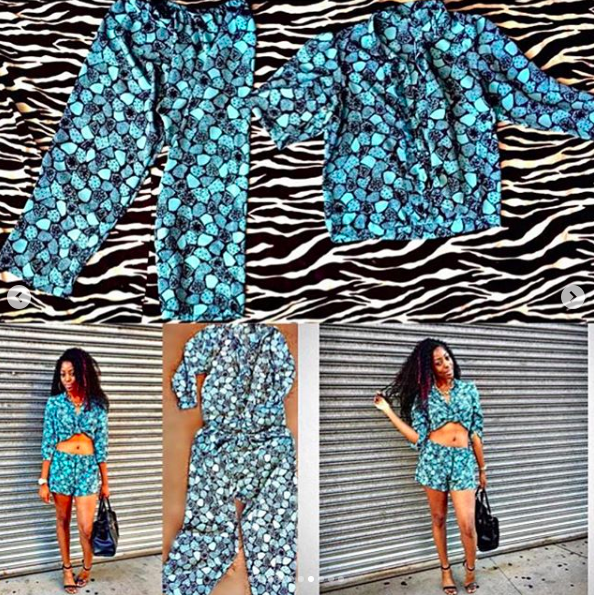 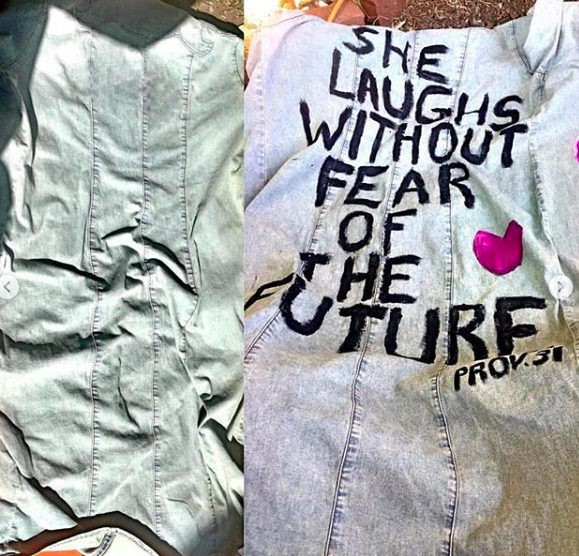 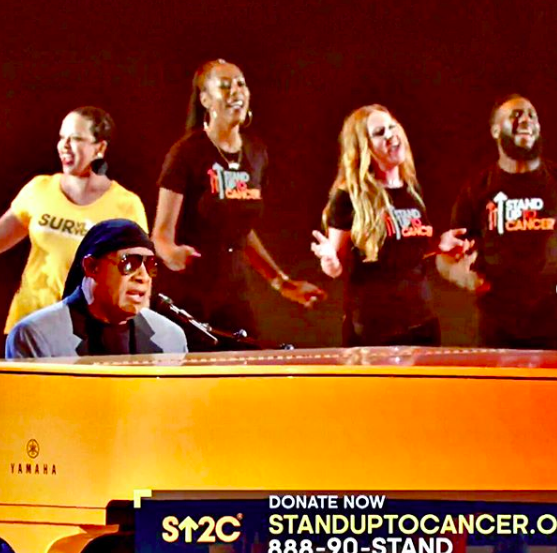 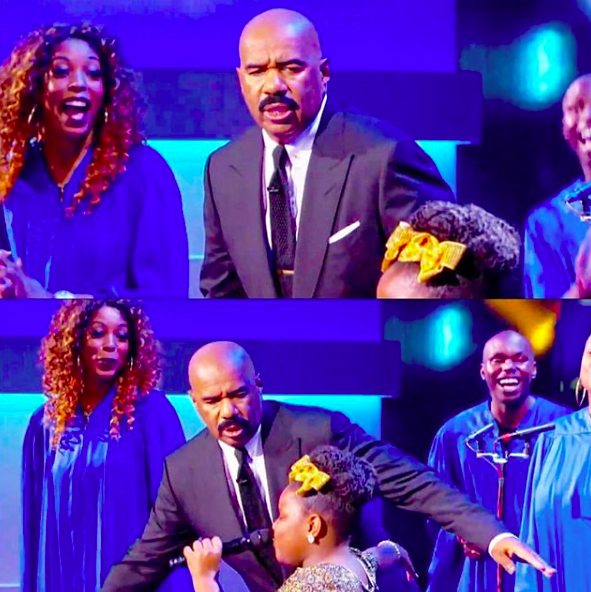 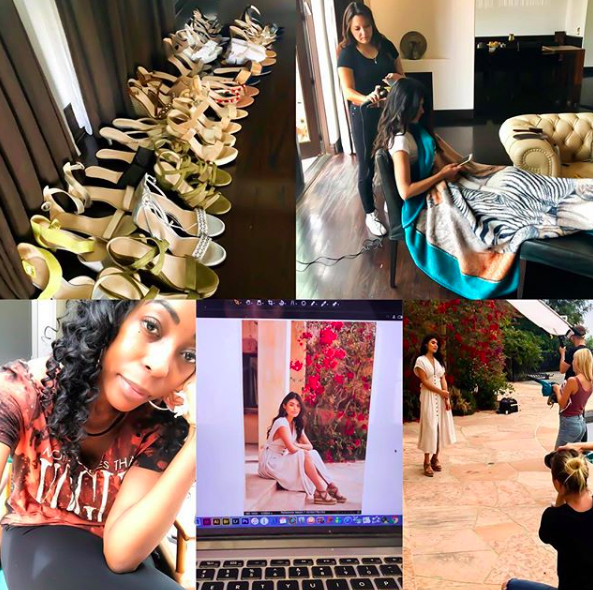 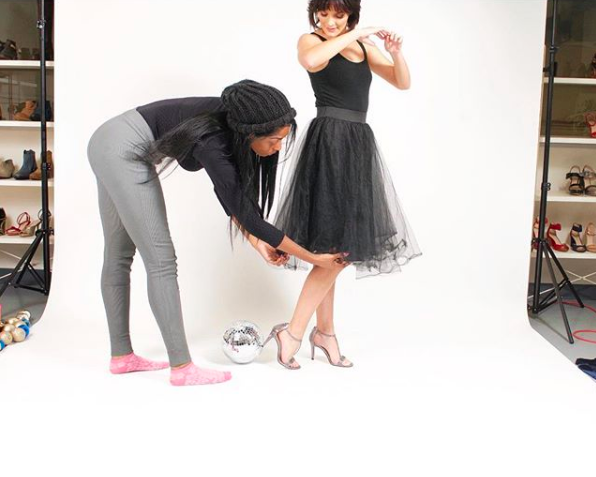