Meet Mark Cruz of Tell Your Friends in Hollywood 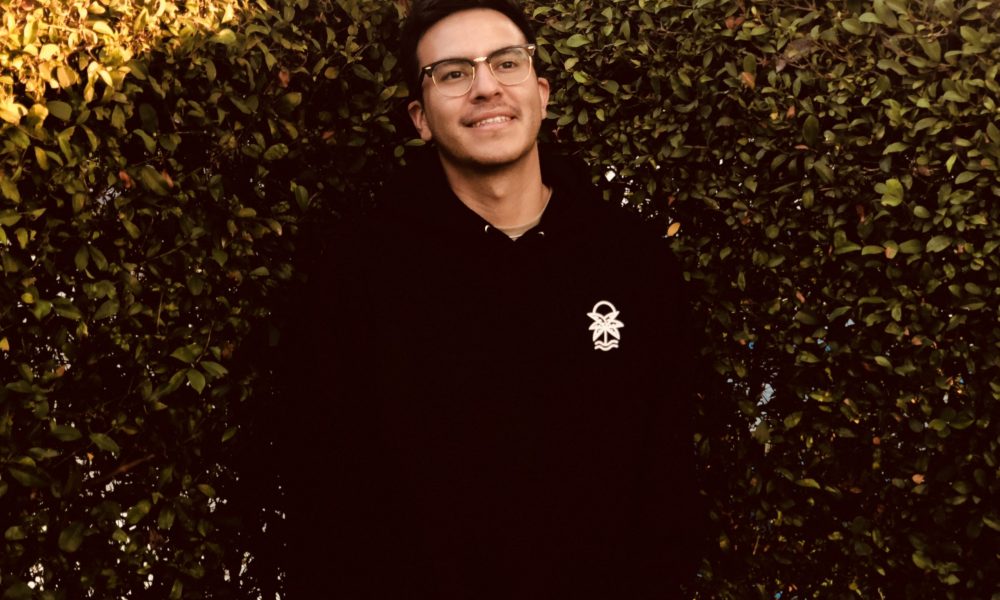 Today we’d like to introduce you to Mark Cruz.

Thanks for sharing your story with us Mark. So, let’s start at the beginning and we can move on from there.
My story starts in childhood. I was exposed to a facet of the music industry pretty early on because my family loved music; they were into funk and hip-hop back then. My mom wanted music to be a part of my life as it was naturally to hers. She even claims my first words were “Whoomp! There it is.” In the sixth grade, my mom enrolled me into The DJ Scratch Academy in Los Angeles. She would drive over 50 miles from Orange County for me to attend class, with a bunch of guys in their mid-20s, multiple times a week.

In high school, I was known as the music guy. I was always the guy with the aux cord in hand, showing my friends the new music that I had discovered. I enjoyed seeing how others reacted to it. One random day in high school, my friends and I decided we wanted to be rappers. We “borrowed” a microphone from my friend’s grandpa who had speech problems and needed it for speech practice. Using the microphone, we started recording ourselves rapping into GarageBand. During this time, I found an interest in the recording part of music. Messing around with the effects and hearing the different ways I could change the original sound was fascinating and sparked my interest in continuing my education.

After high school, I decided to attend the Los Angeles Recording School to try to turn my passion into a career. It expanded my knowledge in the recording field and gave me confidence to take on music full-time. At the time, I was commuting from Orange County and wanted to make the most out of my time while in the city, so I did a couple of internships out there. My time interning at NightBird Studios in West Hollywood was so valuable to me because not only did I get to work with artists like T.I., Meek Mill, Birdman, Future, and Chief Keef. But also, I learned how to adapt and excel under pressure in the fast-paced studio environment. While assisting in Chief Keef’s sessions at NightBird I was able to build a relationship with his engineer Chris. Chris was kind enough to give me some insight into the industry and connected me to the studio manager at Interscope Records where I landed a job as a recording studio assistant.

At Interscope, I was able to apply the knowledge that I acquired from the previous internship and bring some value to the studio. At the time, Kendrick Lamar was working on his album “To Pimp a Butterfly,” so it was busy in the studio. In order to be an asset to the staff, I was forced to learn quickly how the studio was run. And I was lucky enough to witness the album creation process from some of the best in the industry. About a year into the job I was promoted to studio supervisor where I assisted Ed Goodreau in managing the studio. The role enabled me to not only work with the creatives at the studio, but also to get involved with the corporate side at the label. One perk of the job was having access to the studios when they weren’t in use. I started reaching out to unsigned artists that I was a genuine fan of and inviting them into the studio to record. My only intentions were to network and help out with their projects. Some A&R’s from the label took notice of the talent I was bringing in and wanted to get me involved in their department. I started taking these artists to label meetings and learned what the label was looking for as far as signing new talent goes. This led me to start A&R consulting for the big three (Universal Music Group, Sony Music Entertainment, & Warner Music Group).

A&R consulting for different labels expanded my network and gave me a solid foundation to start my company, Tell Your Friends. The company focuses on talent management, events, and educating the youth about the industry. My roster includes London-based artist 451, along with producers Kill September and Loner. Using the relationships, I’ve built over the years, including a partnership with the Los Angeles Recording School, I was able to create a series of panels called Behind The Sounds aimed at equipping the next generation of music professionals with the tools and knowledge to find success in the industry. People from all over the states fly in to LA to attend the panels. Previous panels included speakers from Aftermath Entertainment, RCA, Interscope, and Columbia. Along with the panels, I helped the school by connecting students with entry level jobs within the field and coordinating studio tours for the top students. Tell Your Friends is continuing to grow in regards to the talent we represent and the impact we have on the aspiring music executives.

Has it been a smooth road?
I don’t think anyone has a smooth road in this industry. It’s a lot of trial and error to figure out the do’s and don’ts. It is a unique industry in that there is not a straight line to get to where you want to go like other career paths. You have to be willing to put in the time and effort without expecting anything in return right away. Feeling like I wasn’t getting the credit I deserved was frustrating and discouraging, but I knew that my hard work wouldn’t go unnoticed forever. It’s definitely a long and slow process, but my passion fueled me through the difficult times. I knew that I wasn’t going to give up until I succeeded, despite any failures or challenges. Unfortunately, the long and inconsistent hours can take a toll on your health. Working late nights, early mornings, and 12-18 hour shifts in the studio led to fatigue, but I had to keep going to work my way up the ladder.

Please tell us about the company.
Tell Your Friends is a talent management company with a focus on educating music students. Along with the expanding talent roster, events are held to inspire the next generation of the music industry. So far, these events have included panels, studio tours, and networking events. The panels delve into the path and experiences of industry professionals, while the studio tours have given students direct access to studio personnel and their insider information. As a company, I am most proud of how far the impact has reached. People across the states and even from different countries have traveled to attend these events. It’s a good feeling to know that I am bringing these people together to help them in their journeys. The feeling is magnified when people reach out directly and express their gratitude about how I’ve helped them achieve their goals.

Let’s touch on your thoughts about our city – what do you like the most and least?
I like the opportunities that the city offers. People from all over the world have designated LA as the place to pursue your dreams, so it’s easy to find a core group of friends that have the same goals and aspirations as you do. With that said, I dislike that people feel that they need to come here to make it. While LA does offer amazing networking opportunities, people shouldn’t be using their residency elsewhere as an excuse not to work towards your dreams. It’s your job to make a name for yourself wherever you are and LA will always be here. There’s so much underrated talent out there that could make a name for their city if they really wanted to. 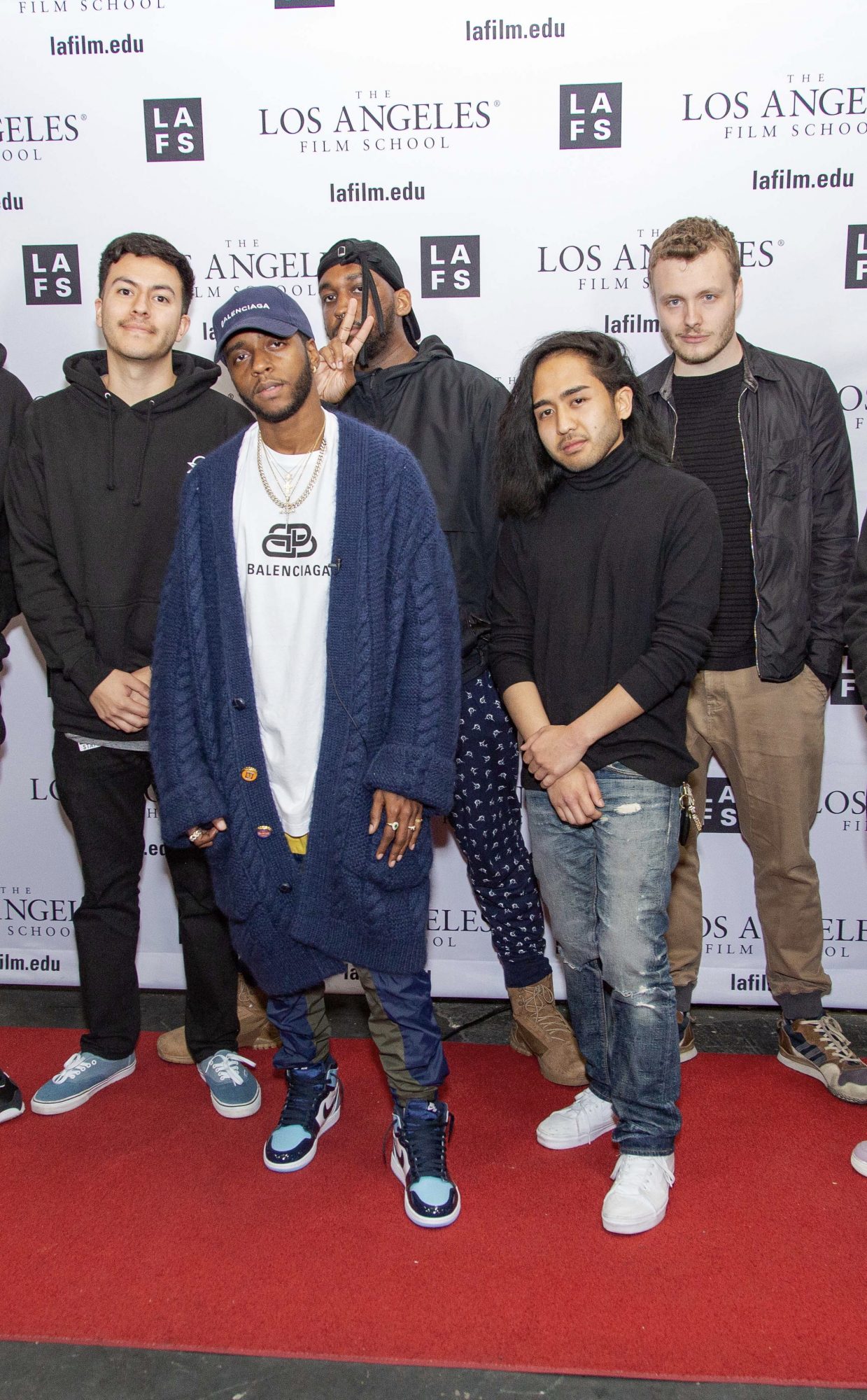 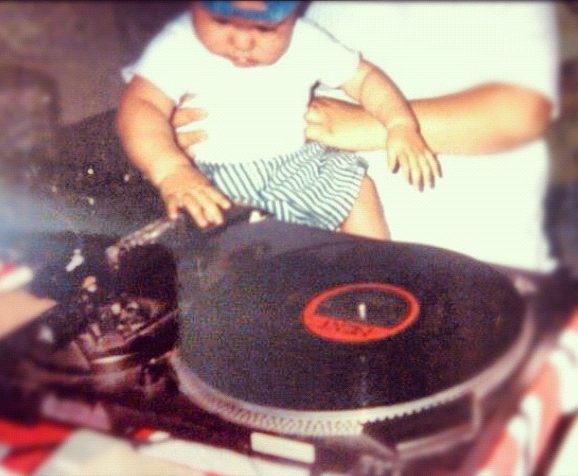 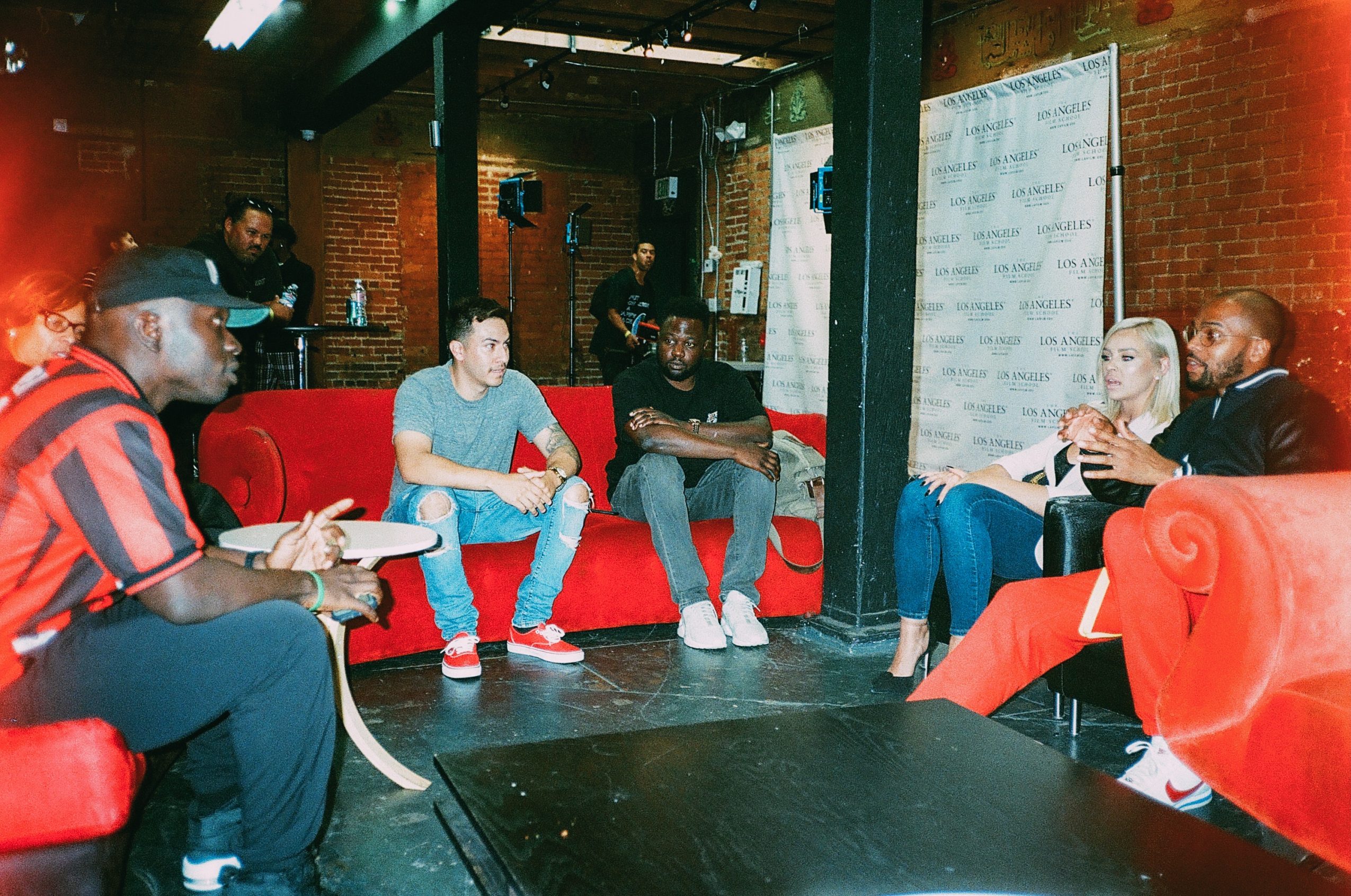 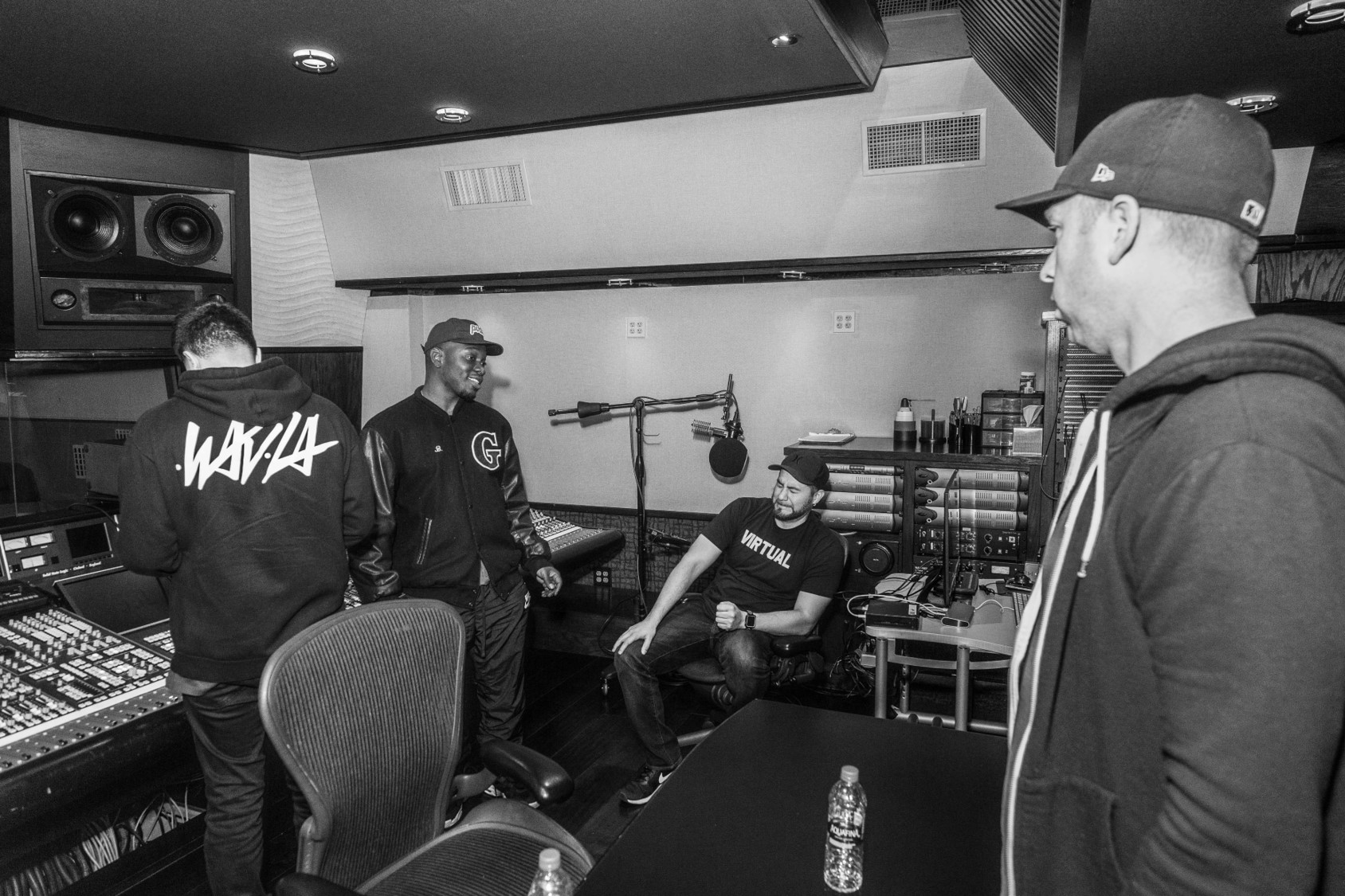 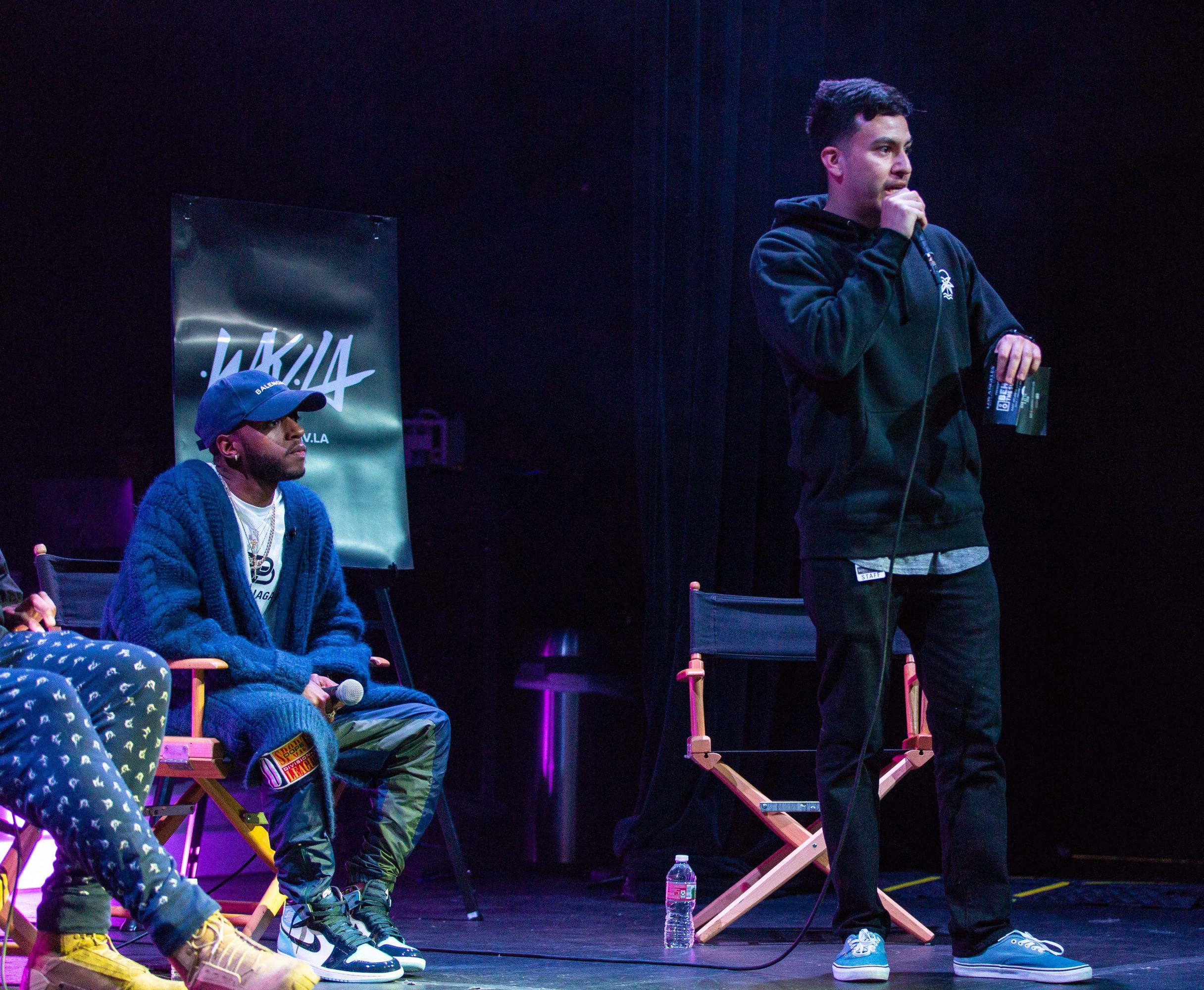 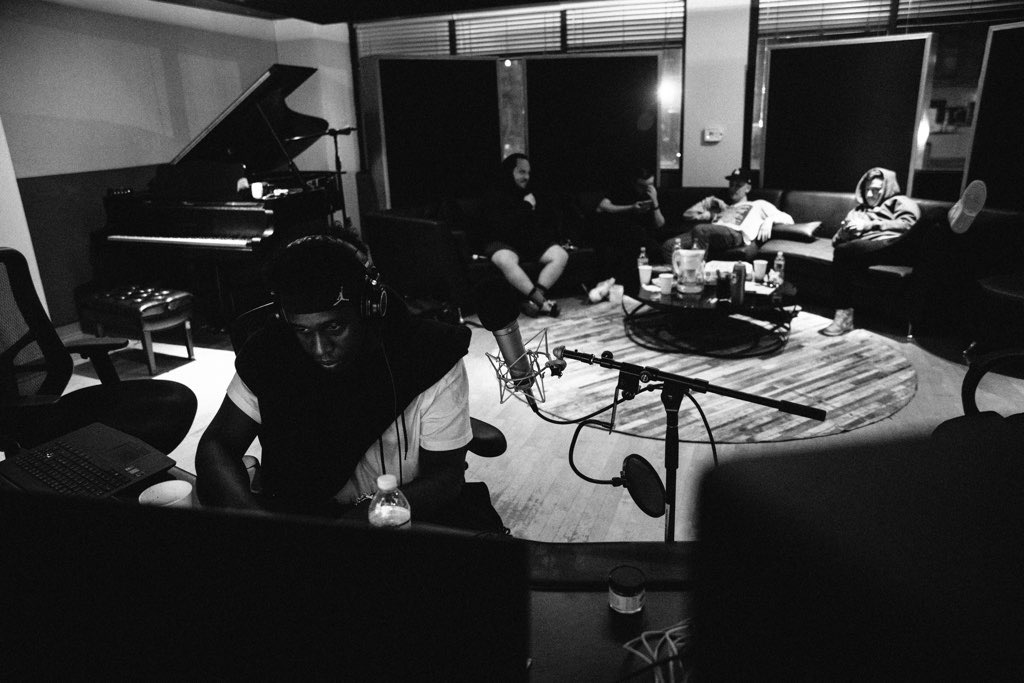