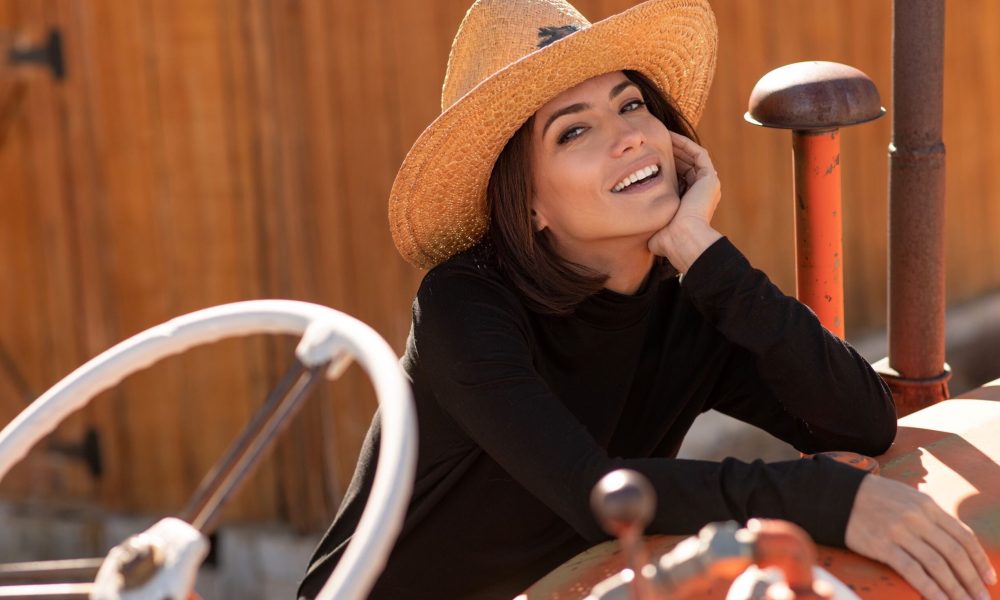 Today we’d like to introduce you to Maria Bata.

Thanks for sharing your story with us Maria. So, let’s start at the beginning and we can move on from there.
I was born in Transylvania, Romania, but don’t worry I am not a vampire. I am an actress and model with more than 15 years of experience in the entertainment industry.

But, let me tell a little bit about my story and how I ended up here and doing what I am doing. Studying acting was one of my first choices after graduating high school, but I was advised by my parents to look for a more “stable financial future,” and I agreed. Therefore, I chose to study at the Academy of Economics Studies, specializing in Management.

But somehow acting was creating a path for me without me even realizing it. To supplement my income, I started going to castings and began booking commercials and print campaigns. A passion for acting began to grow inside of me. Without formal training, I focused on naturalism and professionalism and soon found support from many people in the industry: Casting directors, directors and producers encouraged me to fulfill my childhood dream: To be an actress. Additionally, I was very surprised to discover that my mother had once been interested in acting and that she was in a play in the National Theater in Targu-Mures (my hometown). I immediately felt it was in my blood. My destiny.

In 2012, I graduated from my second university: The Arts Faculty (Theatre). But I didn’t end my studies there, improving my acting skills in other workshops and classes in Bucharest, as well as abroad in Madrid and Los Angeles. I got great direction and encouragement from acting teachers in Hollywood like Ivanna Chubbuck, Lesly Kahn and Doug Warhit.

In 2013, my father passed away. We were very close and it hit me very hard. But it also made me realize that life is too short and we can’t waste it thinking we have all the time in the world to do the things we love. Because you never know. I took it as a sign to take my career to the next level and, eventually, to move to Los Angeles.

As a feature film actress, I had the lead female role in “Pioneers’ Palace”, a movie that premiered at the 2015 Sundance Film Festival. That experience further deepened my desire to follow my dream and was the key motivation in my decision to move to LA. I also had a supporting role in an American action movie called “Mercenary: Absolution”, performing alongside Hollywood actors like Steven Seagal, Vinnie Jones and Byron Mann (Altered Carbon, The Big Short, Wu Assassins).

Prior to playing in English-speaking movies, I was the lead actress in the Romanian feature film “Nothing About Love”, which is going to be released at the end of 2020, as well as other acclaimed Romanian film productions and TV shows.

We’d love to hear more about your work since you moved here and what you are currently focused on.
As I told you, for almost three years, I have been living in Los Angeles. I’ve continued my work as an actor in films and commercials. I’ve been the image for brands like Wells Fargo, Lexus, Cadillac, Sketchers, BJ’s Brewhouse, and other campaigns that have had hundreds of thousands of views online and on primetime TV in the United States.

On one of these campaigns, I had the chance to work with world-class cinematographer Linus Sandgren, who won the Oscar for the movie “La La Land” and who collaborated with actors like Jennifer Lawrence (Joy, Hunger Games), Ryan Gosling (La La Land, First Man), Christian Bale, Bradly Cooper (American Hustle) and Daniel Craig (James Bond- No Time To Die)

I’ve recently completed a short film with award-winning filmmaker Jacques Thelemaque called “Burnt Toast”, an absurdist take on marriage. It will have its world premiere at the largest film festival in Los Angeles this spring pending quarantine conditions.

Mr. Thelemaque is also developing a script called “Faceless” in which I will play a Muslim immigrant woman disfigured by acid thrown in her face by her estranged husband. As her husband’s trial approaches her need for justice becomes confused by lingering feelings for him and her uneasy place in her new homeland. The movie plans to shoot in Los Angeles in late 2020 or early 2021.

I am also slated to play a major role in the limited television series “Monday”, which takes place in New York and follows the entire arc of the title character’s life – from birth to death – as he rapidly ages due to a mysterious condition. The project will be produced by noted showrunner Matt Nix, who signed an overall production deal with 20th Century Fox Television in 2017.

Currently, I am waiting for the devastating situation with coronavirus to stabilizeso that I can travel back to Romania to shoot an American action movie called “The Hard Way 2”, that is executive produced by (and will be available on) Netflix. I have the lead female role, Valeri. I will again be working with Byron Mann, as well as Luke Goss (Blade 2, Hellboy2) and Tommy Flanagan, an actor well-known for his roles in Gladiator, Sin City and Alien vs Predator. The movie will be directed by Keoni Waxman and produced by Binh Dang, the same filmmaking team that I collaborated with for “Mercenary: Absolution”.

I didn’t want to go into acting because I wanted to be financially stable, but ironically, I paid for my school and life through acting and I’ve worked steadily ever since.

Overall, has it been relatively smooth? If not, what were some of the struggles along the way?
I’ve been fortunate in that I have not encountered too much pain and suffering, but it has also not been easy. As I mentioned earlier, the loss of my father was a huge blow – but also an incredible motivator to follow my dream.

Also, the move to Los Angeles was a huge challenge and risk. First of all, there was the whole visa process, which is never easy. I’m in a completely different country. The language is different. The culture is different. It was very difficult to leave friends and family, as well as professional connections, and to move here by myself. And the city itself is big and complicated. There is more professional opportunity, but also more of everything else: Competition, distraction, confusion, etc. And once here, I also realized the business works differently, too. There was definitely much to learn and absorb. But through it all, I was guided by my passion for acting and my commitment to follow my dream.

What are you most proud of? What sets you apart from others?
It was exciting to have a film at the Sundance Film Festival and it gave me encouragement to see my name mentioned in magazines and newspapers like Hollywood Reporter, Variety and Indiewire. I’m proud that I made the decision to become an actress. I’m proud I made the decision to come to LA. But, most of all, I’m proud of the work. What sets me apart is the is my particular energy: A kind of ethereal, “fairy”-like energy, I have been told. What also sets me apart is the grounded, subtle, sensitive, honest and natural way I’m able to express myself in my work. I’m not one to shout about myself and I don’t like my acting to “steal the show”, either. As I said, I’m not a vampire. I don’t suck the blood out of a scene. My goal is to infuse it with life. If people are drawn to my acting it’s because they see something real in my work. 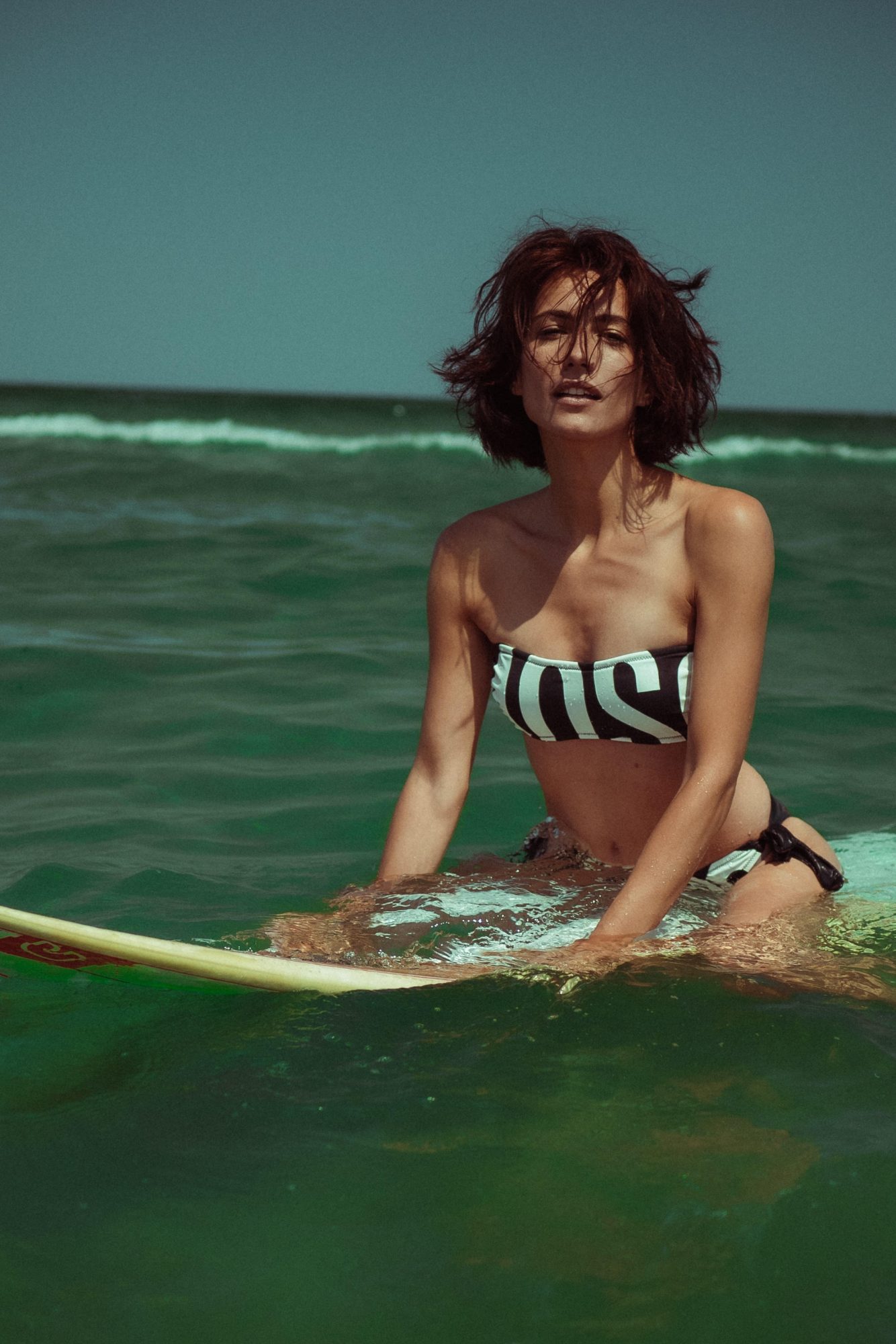 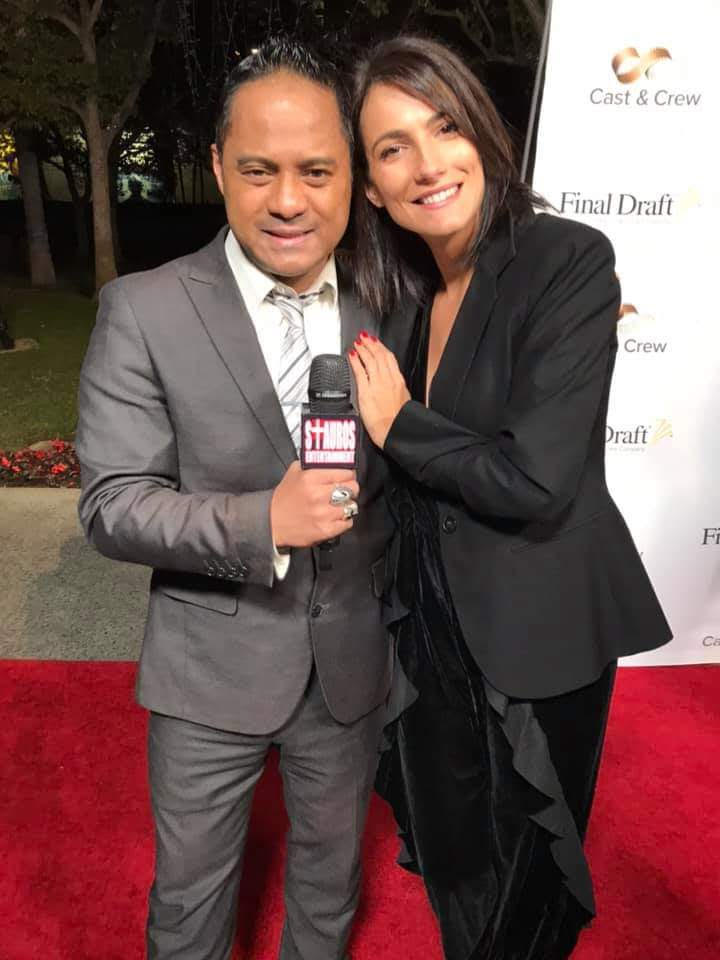 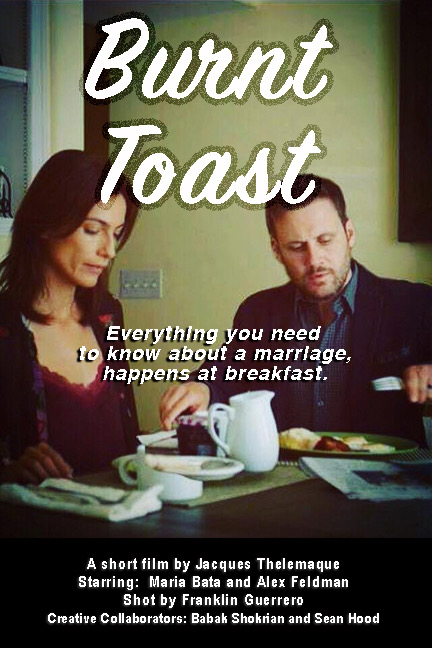 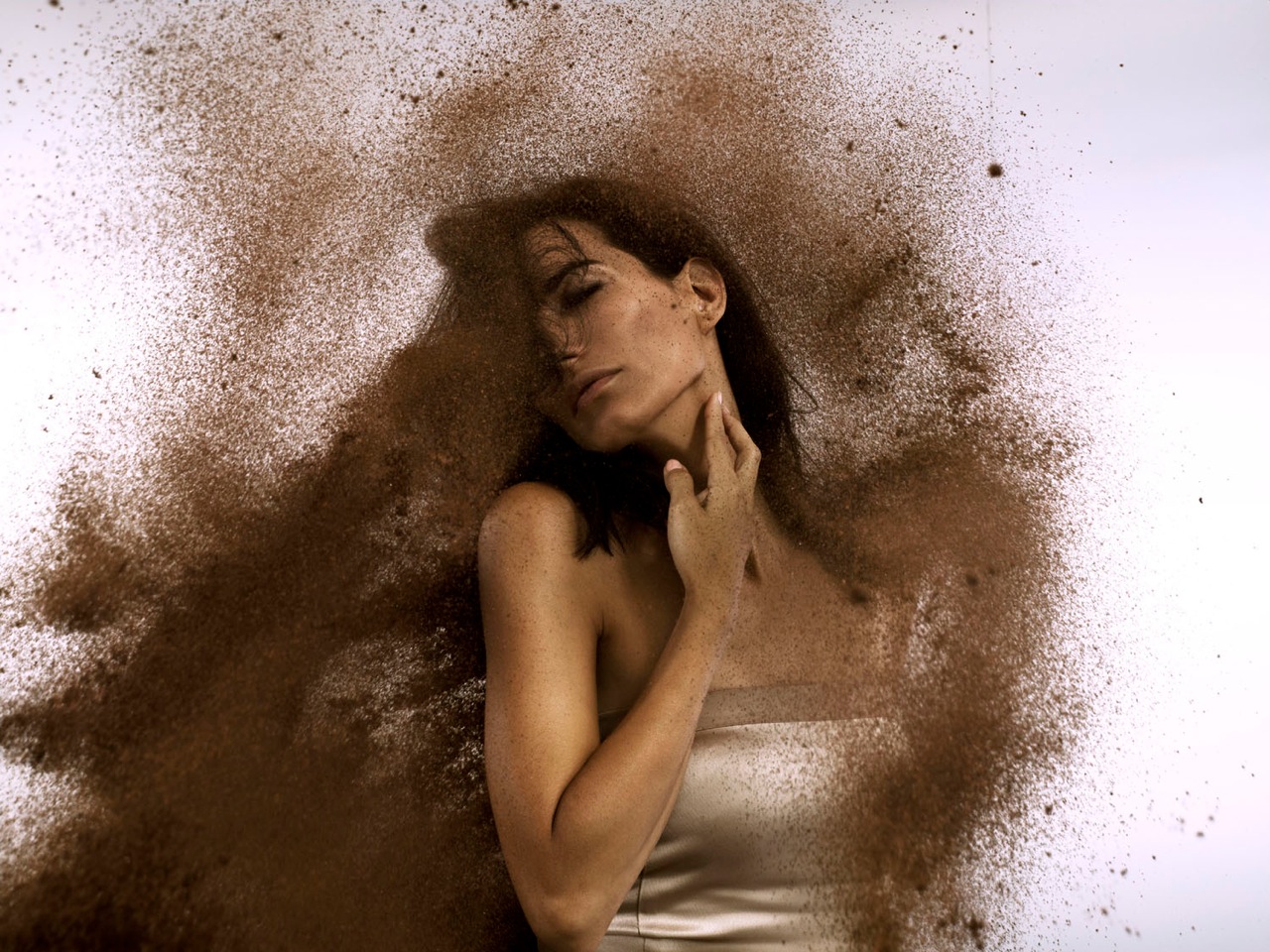 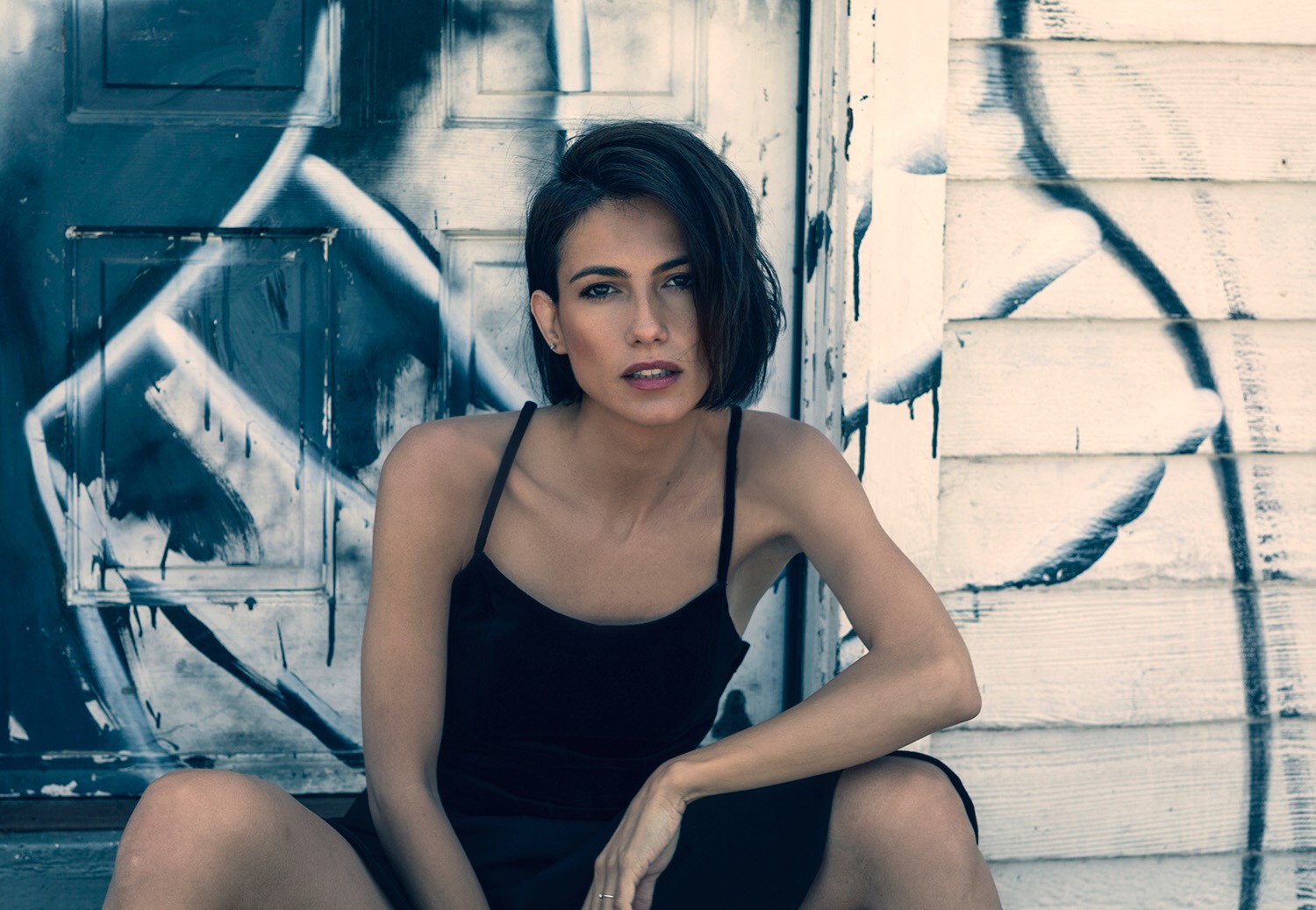 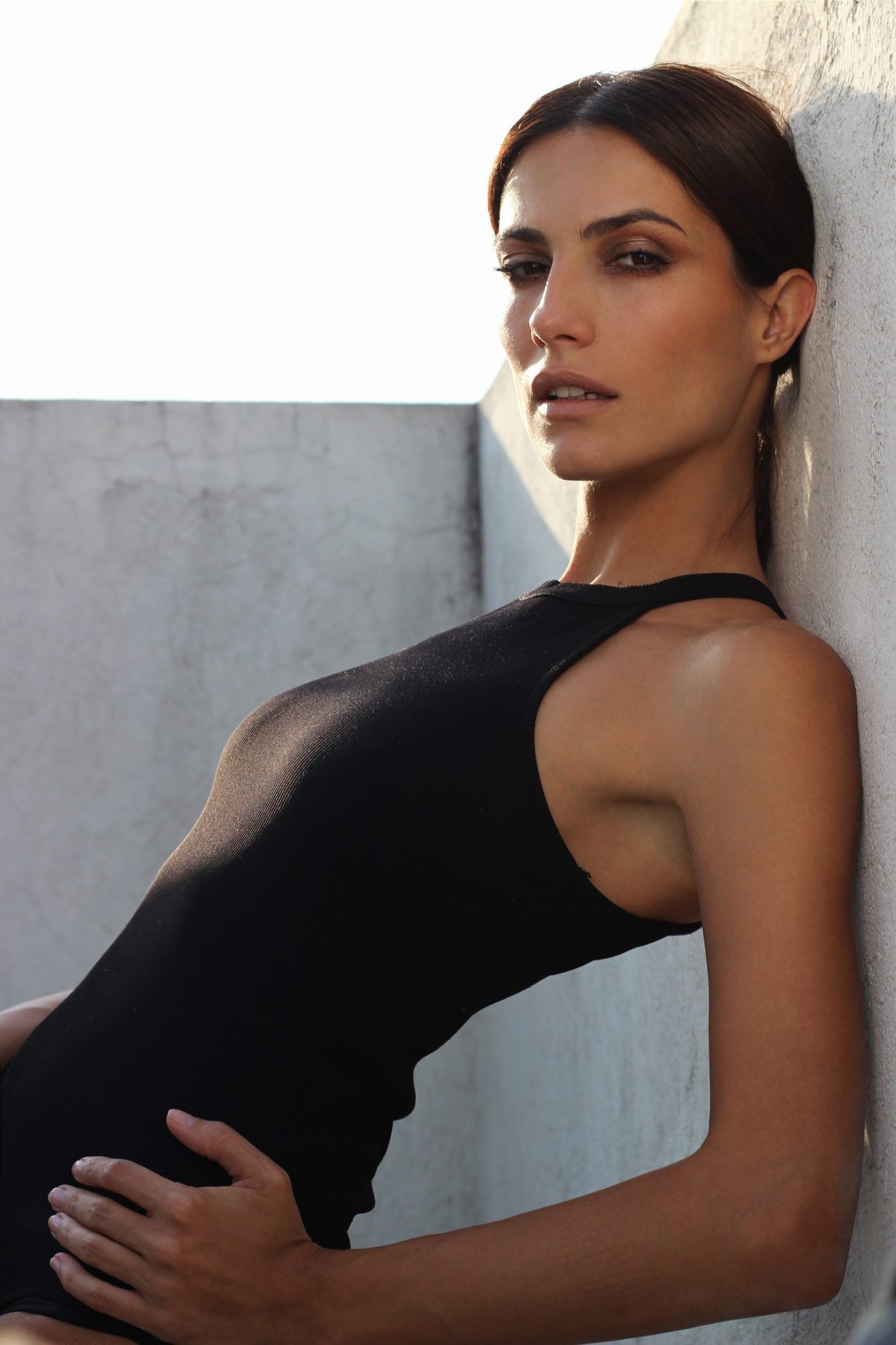 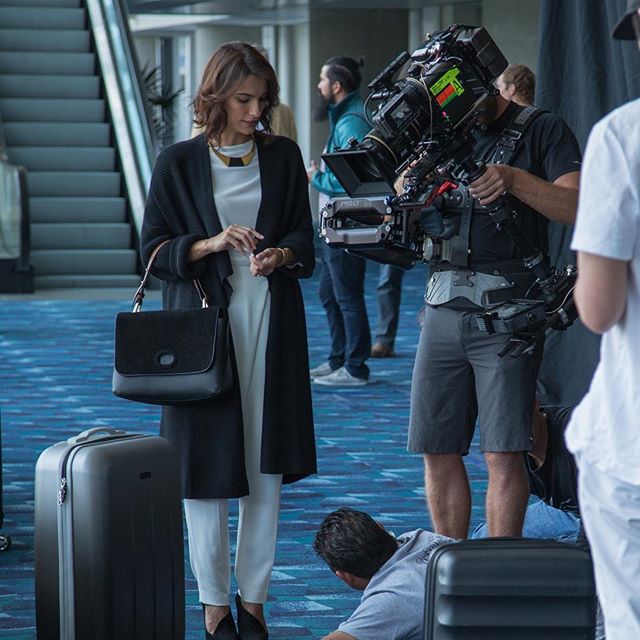 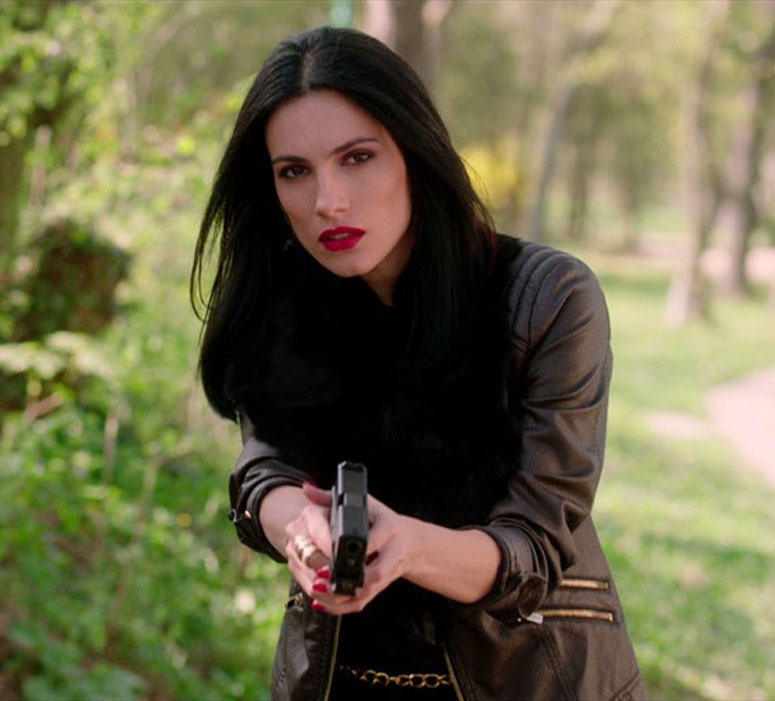