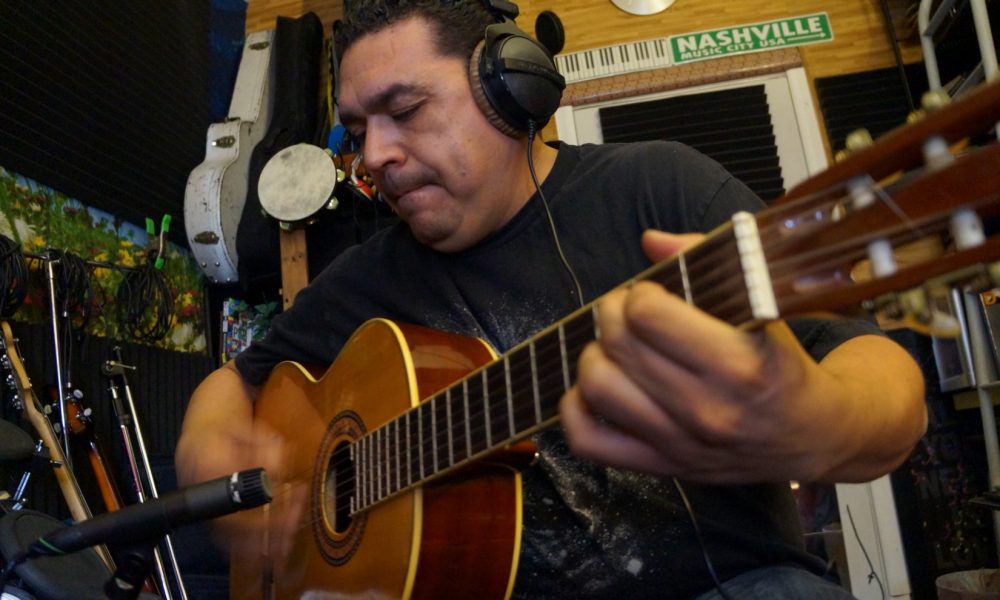 Today we’d like to introduce you to Manny J. Moreno.

So, before we jump into specific questions about the business, why don’t you give us some details about you and your story.
I got in the Radio business when I was 17 years old in my hometown of Beeville, TX. I was lucky and fortunate enough to grow in that career and work with all types of artist and music industry professionals. Some of them were big names, some of them were not, but I was able to really build a skill set in recording, and producing music simply because I had the opportunity to do so whenever an artist came to my hometown.

I enjoyed great success in radio and eventually ended up in San Antonio, TX working for the top Hip Hop Station in town. Around 2008 I saw the direction that terrestrial radio was headed in and decide to educate myself more about web development and digital marketing. I earned my degree and stumbled across this new idea that the old music industry is not like the new music industry. In the old days one had to be “discovered” and have the support of a big label to make a living with music. Now you can very easily make a lucrative living in music if you know how to brand yourself and use the power of Digital Marketing.

In August of 2016, I decided to take those skills and pursue my dream of owning a recording studio in Hollywood. I came across this wonderful little space right on the strip. It has a lot of history and I have been working there daily doing everything from producing full album projects to recording audiobooks and other types of audio projects.

Great, so let’s dig a little deeper into the story – has it been an easy path overall and if not, what were the challenges you’ve had to overcome?
It has definitely been a rough and challenging road. When I was 24 I moved to Richmond, ME to develop a relationship with my father, a decorated Vietnam veteran. It was there that I decided that I wanted to become a producer and own a studio in Los Angeles. My father did not approve at first and we ended up estranged for a little while because of it. So, I had no place to go and spent many nights sleeping in the snow under overpasses and hidden spots in the woods. There were times when I was struggling so bad that the only reason I was able to eat was because I would bring home hot dogs from the Radio stations I worked for. They had been left over from live remote broadcasts and I would bashfully stash a few in my coat when it was over.

Then I got into a serious car accident that forced me to move back home to Beeville. While I was there my old radio station approached me to be their Program Director where I made many relationships in the Country and Tejano Music industries. I also learned the ins and outs of Radio and the Music industry work together as a whole and made many valuable connections that would stay with me through my career.

As expected I outgrew my hometown, and lived briefly in Corpus Christi, TX before finally setting in San Antonio and resuming in Radio with the top companies like Cox and Clear Channel, doing music promotion, audio production, event marketing and all sort of stuff. Then I finally decided it was time to move to LA where I had always dreamed of being.

Digital Crossroads Music – what should we know? What do you guys do best? What sets you apart from the competition?
The Digital Crossroads Music studio is one of the bigger rooms within our facility. Two other rooms down the hall are used as vocal/rehearsal studios by renown vocal coaches with keyboard setups in them. Besides being Charlie Chaplin’s old house the synergy is great as we have some big-name pop stars coming through on a regular basis.

Digital Crossroads Music provides the local music community, film industry, and our commercial voiceover clientele with the professionalism they expect in a creative and comfortable atmosphere at a reasonable price.

We are highly competitive in the local commercial voice over market with both our pricing and our professionalism.

Above all we will treat every client with the highest level of respect and strive to meet and exceed their expectations and their vision for the project at hand.

Our focus is in the singer-songwriter genre. We offer Artist Development Services, Tracking and Mixing, Studio time, and complete demo packages.

We work with artists just starting out as well a major artist who need to outsource.

It’s no accident that we are located on the Sunset Strip because this is where rock history can be felt just by walking down the street to the Whiskey or Viper Room. The spirits of all the musical legends like the Doors, Guns N Roses and many others can truly be channeled when we are working in the studio.

Simply having the spot makes me feel like I made it and my dreams have come true.

What moment in your career do you look back most fondly on?
The proudest moment of my career was the day I opened the doors to Digital Crossroads Music. For so long, I was on the other side of things playing the hits, and promoting the music in Radio, but never doing what was truly in my heart which was producing and creating the music.

By opening my studio, I finally was able to get on the side I had always wanted be on. When you have met, played, and recorded with many significant artists it gets hard to top something like that. In addition, I’m not just in some home built studio in an extra room or a garage, but in a place where so many legends have worked, played, and recorded. I mean come on… Charlie Chaplin’s former home on the Sunset Strip?

Nothing makes me prouder than sitting on the roof of my studio and looking over at the Chateau Marmont with the feeling inside that I worked hard to get here and I deserve it. So now I want to share that magic with other musicians and producers who are as passionate as I am about the art and history of old Hollywood.