Meet Makha Mthembu of “No Child Left Behind” 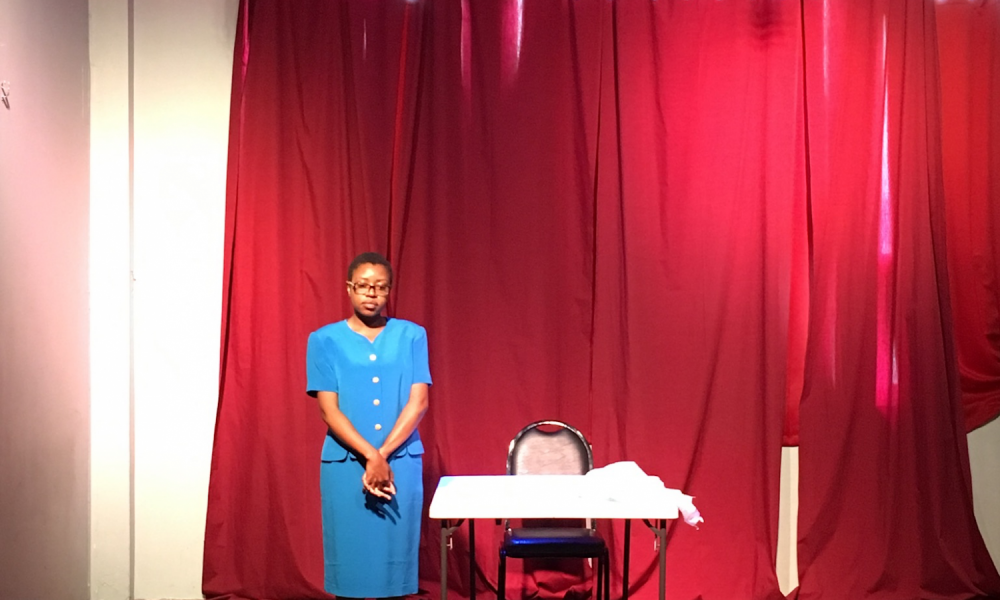 Today we’d like to introduce you to Makha Mthembu.

Makha, please share your story with us. How did you get to where you are today?
I was born and raised in South Africa. I grew up with just my mother, and she was a teacher. Because she’s badass, she got a fellowship from Kellog (yes that Kellog, they’re Grrrreat!) and she took me with her when she went to pursue her Masters in Mathematics, in Durham North Carolina. I was about three at the time, so that made the US my earliest childhood memories. I thought I was an America and went around pleading allegiance to the flag and everything, cause you know, they teach that to you before you can even read. Of course, upon my mother’s graduation we went back home. My mother has always felt a very strong obligation towards her country, and everything she studies and learns is just in the hopes of one day transforming and healing her home. But I’d just spent two years of the only life I’d known so far in the US. I even got to give the then first Lady, Hillary Rodham Clinton, her Birthday present during a televised school visit. I remember her hugging me, and my trying to get back to my teacher, Mrs. Gaddy. If I’d known then what I know now, I would’ve hugged the crap out of that lady! I was an American now too. When we moved back to South Africa, the plan was always for me to come back for University, if I so pleased.

So timeline wise, I was in Kindergarten in NC, and then Grades 1-12 was all in South Africa. It was in South Africa where I discovered theatre. The US had been years of being told by my teachers that I could be anything I wanted to be. But when we went home, I heard a lot of talk about why I was most certainly not special enough to be the person who accomplished this or discovered that. But I learned very early that when I was acting, the only rules were speak up and speak out, and that is the same in every country. So before I knew it, I tripped and I fell and I became an actor.

So twelve years, an Undergraduate and a Masters degree later, here I am. The magnificently awful creature that I am!

Great, so let’s dig a little deeper into the story – has it been an easy path overall and if not, what were the challenges you’ve had to overcome?
Did you hear the bit where I said I was I was foreign?!

There’ve been so many struggles of so many stupid different types, I couldn’t name them all. I was illegal at one point for a few years. I lost a job at a Tony winning theatre because I didn’t have a Visa. And that isn’t the hardest thing I’ve ever experienced.

When I turned 30 I realized that life is always going to have obstacles and challenges. There is no end point of obstacles. There is no level of success of any type that will immunize you from pain. Buddha said is life is suffering. How freeing!

There will always be hard times coming in your direction, so I don’t need to worry about them before they actually arrive, they know where to find me. And none of the hard times in my past managed to kill me yet, I’m still here. So until that one hard time that does end me comes, I might as well be fully present for every single beautiful, glorious thing in-between! I stop to look at flowers daily, to talk to a dog, or it’s human. I stop to look at fascinating people. I say thank you, every single day I’m still alive. The challenges have taught me how important life is, and that challenges will always pass eventually.

Please tell us about “No Child Left Behind”.
NO CHILD LEFT BEHIND is a show that I wrote, and that I perform myself. I am also producing it myself and it can be seen as a part of this years Hollywood Fringe Festival.

It’s a Fictional History play that takes place in 1992 South Africa, the year South Africans were asked to vote on whether or not South Africa should end Apartheid. It takes place at an all Girls’ High School that is being desegregated for the first time. And it’s actually just the first twenty minutes of a history class that has it’s first ever black student. But it’s a Comedy!

There’s so much I’ve experienced in my life, it’s been a very multi-culti experience. When I first moved here as an adult, people used to ask me a lot if South Africa and the US were very different, and in 2007 the answer was yes. Now it’s only been 12 years, but somehow the answer is yes. And not because South Africa ‘caught up’ with the US. But the US, in my opinion, has regressed a lot and now has way more in common with my Post-Apartheid South Africa.

NO CHILD LEFT BEHIND is a piece that kind of addresses that. But because it’s a comedy, I hope it does so in a way that amuses.

I really do believe our words and thoughts become real. I have bad days, and I let myself be what I am. But I also know I owe it to myself to be happy. I don’t know how long I’m going to be here, and I’d never wish unhappiness on another human being, so I work hard to make happiness for myself.

And I’ve found that when I’m a full happy human, good comes to me, and that includes my work. My art is better when I’m doing better. 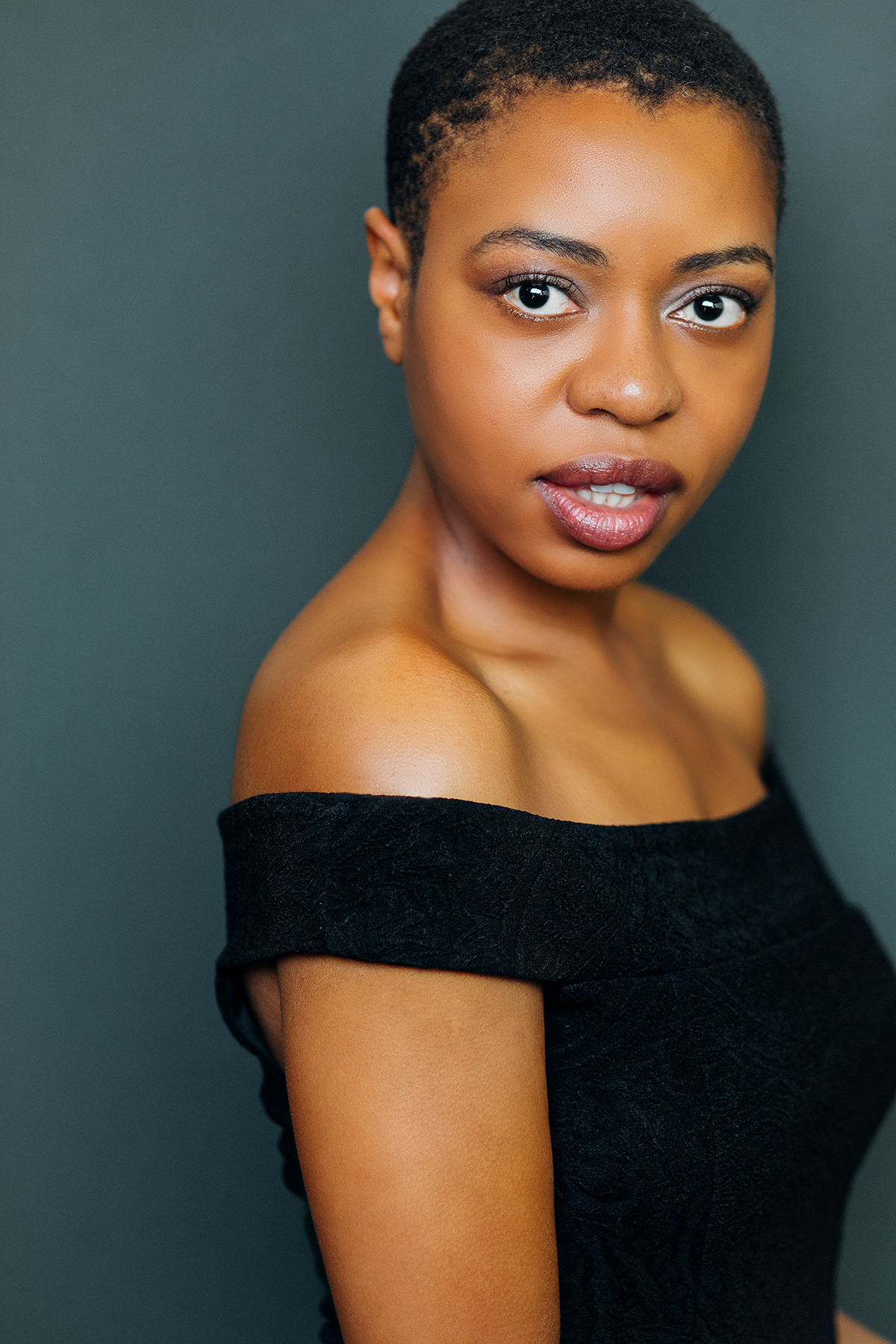 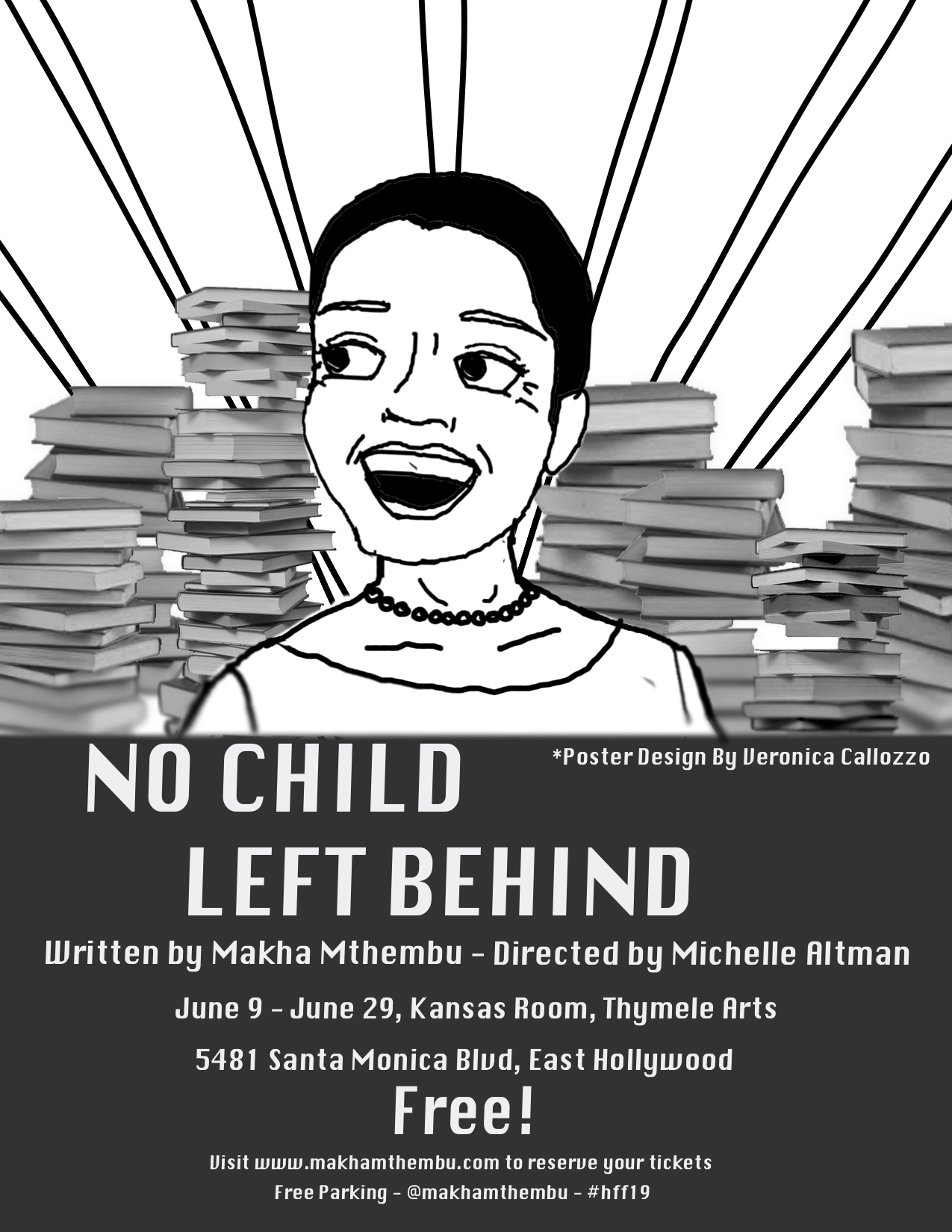 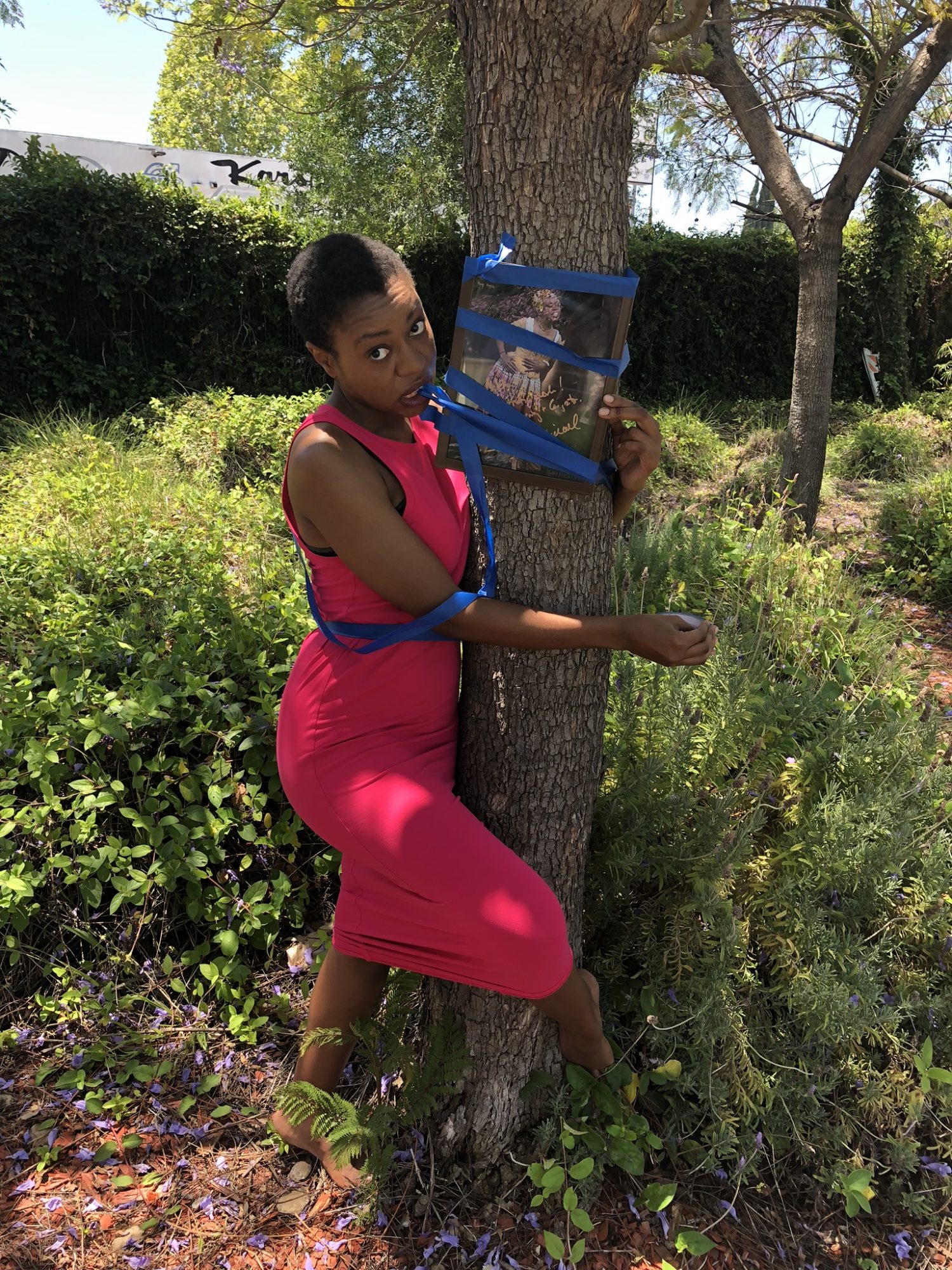 Image Credit:
Photo from “The Seagull” by: Daren Scott, Headshot by: Leah Huebner