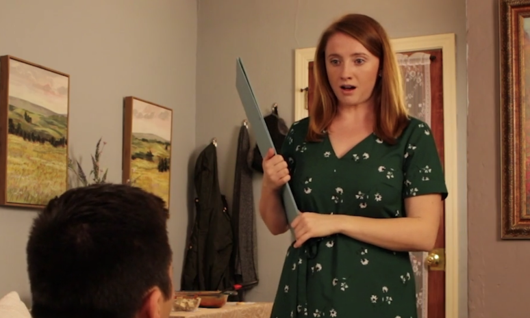 Today we’d like to introduce you to Lydia Hooker.

Lydia, can you briefly walk us through your story – how you started and how you got to where you are today.
I fell in love with film at an early age. Growing up in the Bible belt, my parents were fairly conservative so movie nights generally consisted of films made before 1960. Everything from The Glass Key to It Happened One Night—I’ve seen it and likely rated it in my film journal. Besides watching films, I also frequently recruited my younger brothers to make movies with me. The family camcorder has seen a lot of horror films.

Fast forward to the summer before senior year of college, I was pursuing an accounting degree and getting ready to meet job recruiters in the fall. A friend and I decided to spontaneously take a roadtrip across the U.S. and we ended up spending a week in Los Angeles. For me, there was something powerful about just being in the city. As if getting here was more than half the battle. I had always known I had wanted to be in the film industry but it had mostly seemed like an impossible dream.

After the roadtrip, I decided to take the leap. I started enrolling in acting classes in Tennessee and doing plays while I saved money for the move. I was fortunate that being from a family of nine kids, we all had to be financially independent once we graduated high school. While that meant I worked my way through college, it also meant no one felt they had a say over the direction in which I took my life. So I got very little resistance from my family once I announced my plans.

After a week in Los Angeles, I started working at a family restaurant; and, after two months, I was promoted to an office position since they knew about my accounting background. However, before accepting, I negotiated that I could still go on auditions, even in the middle of the day. Finding a job that actually supports me and gives me flexibility has been huge for me. It has provided a stability that often times isn’t afforded to actors. I feel very blessed in this regard.

When I got to L.A., I jumped into UCB and worked my way through their program and into Advanced (this was before the UCB Academy). I also got involved in sketch and started putting on shows around town. I also started performing on the indie improv scene with a couple of different UCB based teams. Along the way, I slowly started to narrow down my focus. It is now narrowed to the point where I’m completely focused on pursuing sitcoms. Though I do still enjoy doing drama, comedy has my heart.

Narrowing my focus has done wonders for me. Last year alone, I co-produced three projects and produced one on my own—all comedies. The great part about having more control over a project is I really got to hone in on what I find funny. It’s not always easy to do that when you’re only brought on as an actor and have limited control.

My latest film, “What We Talk About When Our Parents Die,” I co-produced and co-starred in with the wonderfully talented Eva Bilick. It’s a dark family comedy about what happens when your last parent passes on. Eva and I have shared some of the same frustrations about getting roles. As an actor, there is very little power in waiting to be chosen for a project. Even if you are cast, there is zero say over what footage makes the final cut. For some reason it always seems like your least flattering take makes the final edit. This is part of the reason why creating my own content has been so valuable.

While stressful at times, producing my own projects has been incredibly rewarding. Just like anything in this town, it takes time. Most people don’t arrive in Los Angeles, get off the bus and get hit with a magic stick. The majority of us have to work hard and for a while to find success.

Great, so let’s dig a little deeper into the story – has it been an easy path overall and if not, what were the challenges you’ve had to overcome?
My favorite analogy for this is playing a video game (even though I don’t really play!). All actors are playing their level of the game—which has its own challenges. Once they conquer it and level up, it doesn’t get any easier. In fact, every new level has more difficult challenges and different puzzles that you have to solve. Once I figured that out, it was much easier to be patient with my career. It’s incredibly easy to get wrapped up in comparisons in this town because someone is always doing something bigger and better than you. It takes ten years to build any career, and this includes acting! I sometimes do lose sight of this, but always find that I can eventually reel in those thoughts.

The biggest help to overcoming my career hurdles has been finding a business coach. It’s far too easy to wander from project to project and class to class without direction. Once I found a business coach I was able to figure out my branding, get my materials together and find an agent and manager. Everyone always talks about the craft of acting and how important it is. However, the business side is where most actors fail to make strides. I was fortunate to stumble upon my coach while I was doing branding research. Having someone in my corner who knows what they are talking about has been instrumental to dealing with challenges that have come my way.

We’d love to hear more about your work and what you are currently focused on. What else should we know?
I generally produce shorts that I am also acting in. I got the bug when doing sketch comedy; and, like I mentioned, last year I ended up producing four projects for myself. I’ve become better at working smaller budgets and also discovered I have a knack for set design. You won’t see plain, white walls in any of my projects.

I think the amount of time and effort put into a project really shows in every aspect of a film. So I’m a firm believer in being a detail-oriented filmmaker. This is likely a spillover from the accounting side of my brain.

I’m currently writing a comedic web series about romance novels. Filming is scheduled for late June/early July. I don’t want to say too much about it because it is still in the early stages, but I’m hoping to have the first episode released by late August.

As I mentioned, I’m also actively pursuing sitcoms as this is my ultimate goal. This year alone I’ve already worked on two multi-cam projects, which has been a dream come true. In the first one, “Girl,” I play the quirky, lovable loser type who just can’t catch a break with men. The second project, “Undumpable,” I play a persistent, cunning writer who will do anything to thwart her boyfriend from breaking up with her. I feel incredibly lucky to have found these projects and been cast in them. Multi-cam projects that aren’t network productions are few and far between. To have found two in one year, I feel is a testament to receiving what I’m putting out in the world.

Do you look back particularly fondly on any memories from childhood?
I loved the summers I spent in Nashville with my mother’s relatives. My days were mainly filled with Mister Rogers, delicious food and trips around town doing probably pretty mundane errands (although they didn’t seem mundane at the time). It was always an especially wonderful trip it was just me and one other sibling—sometimes it’s nice to be doted on! 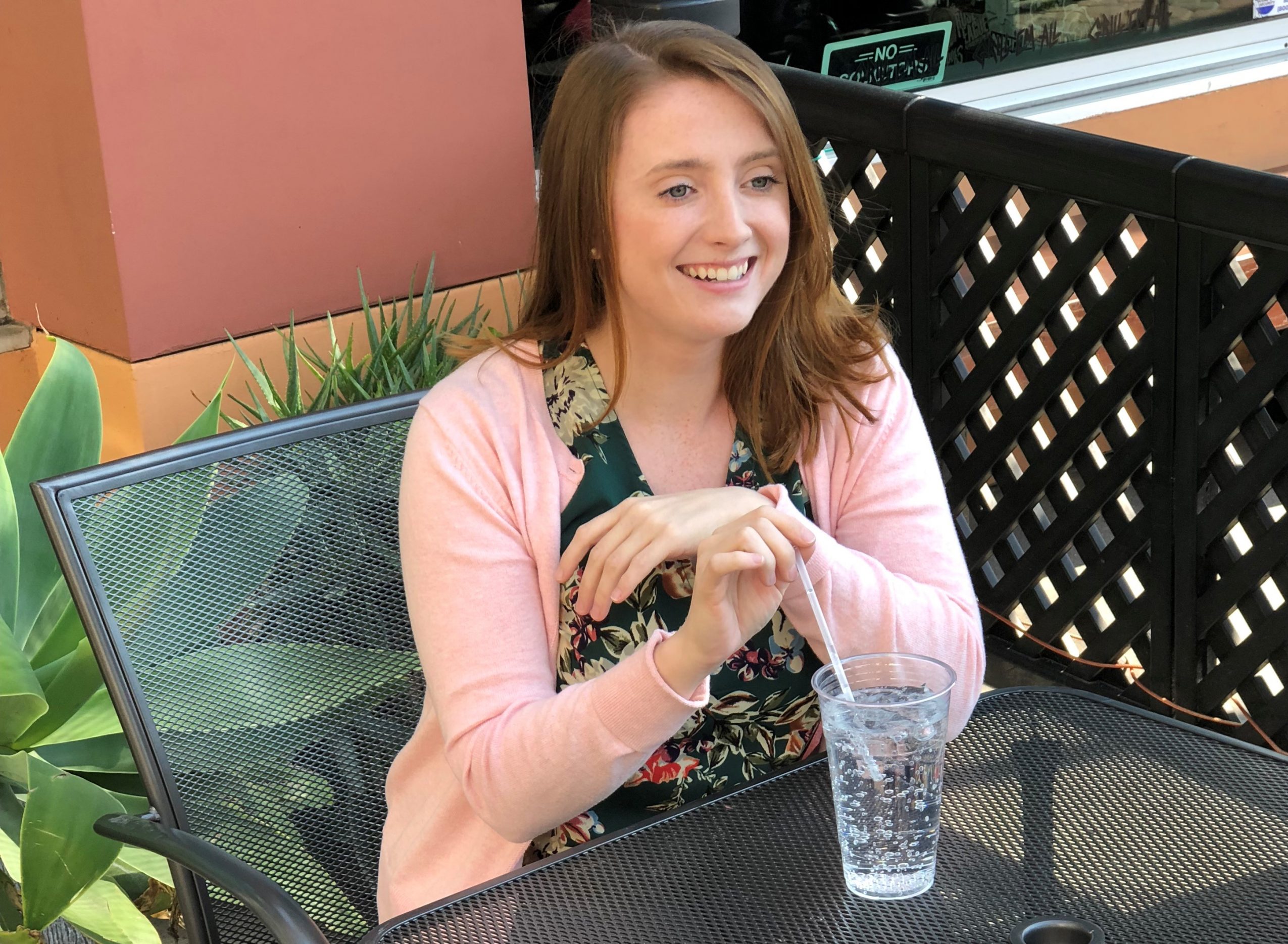 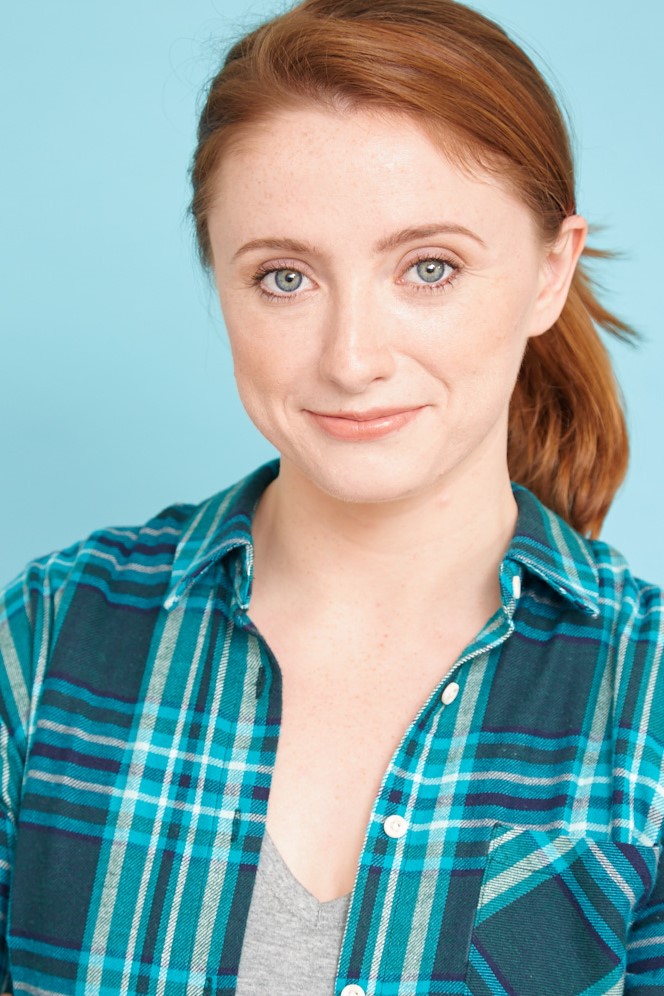 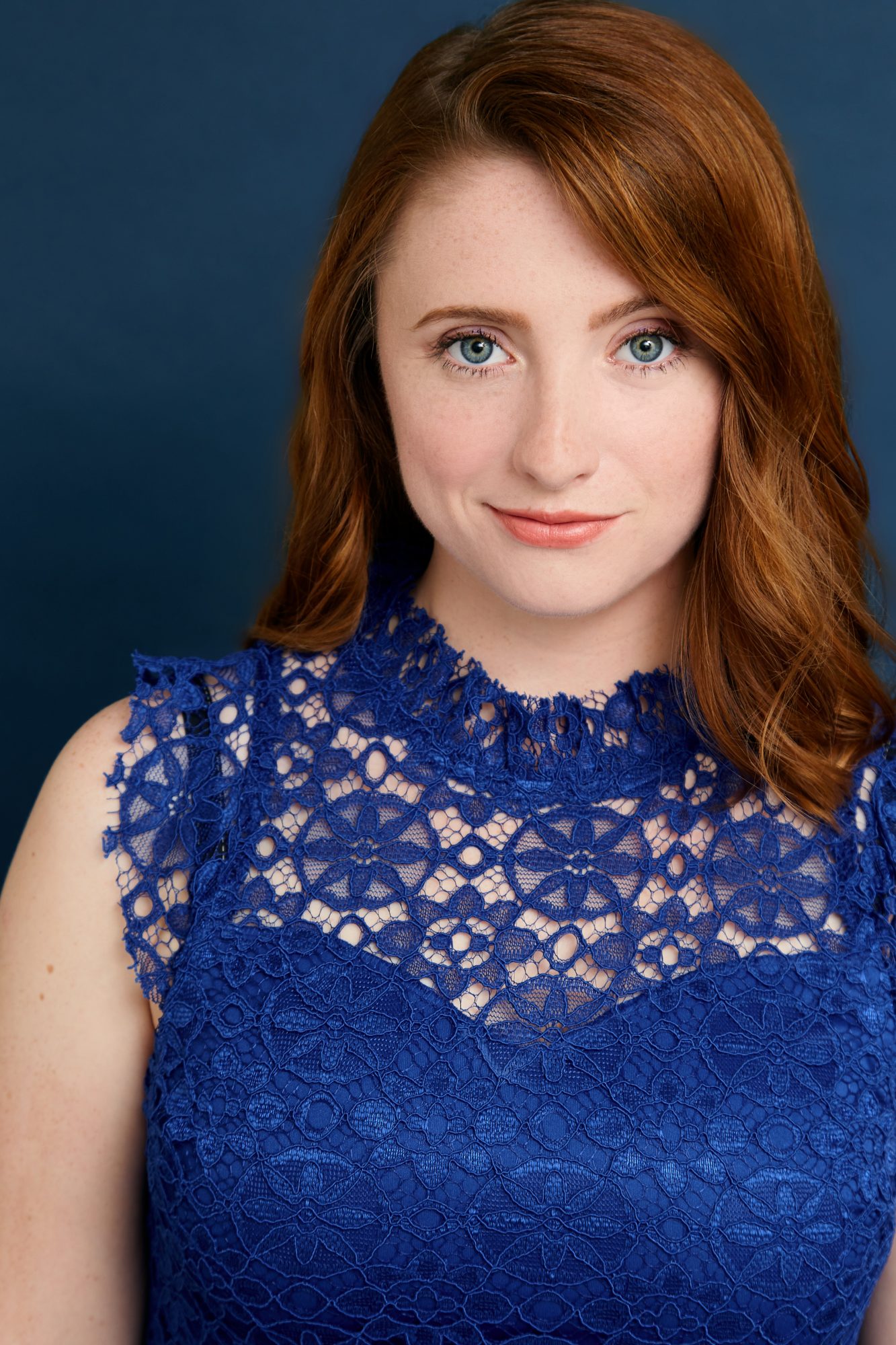 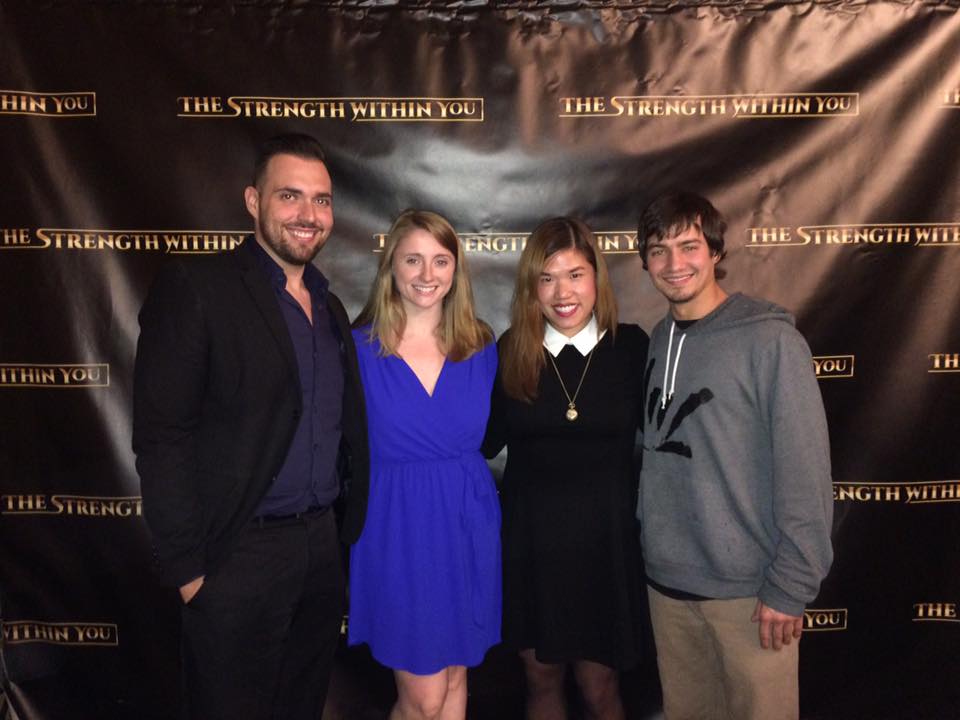 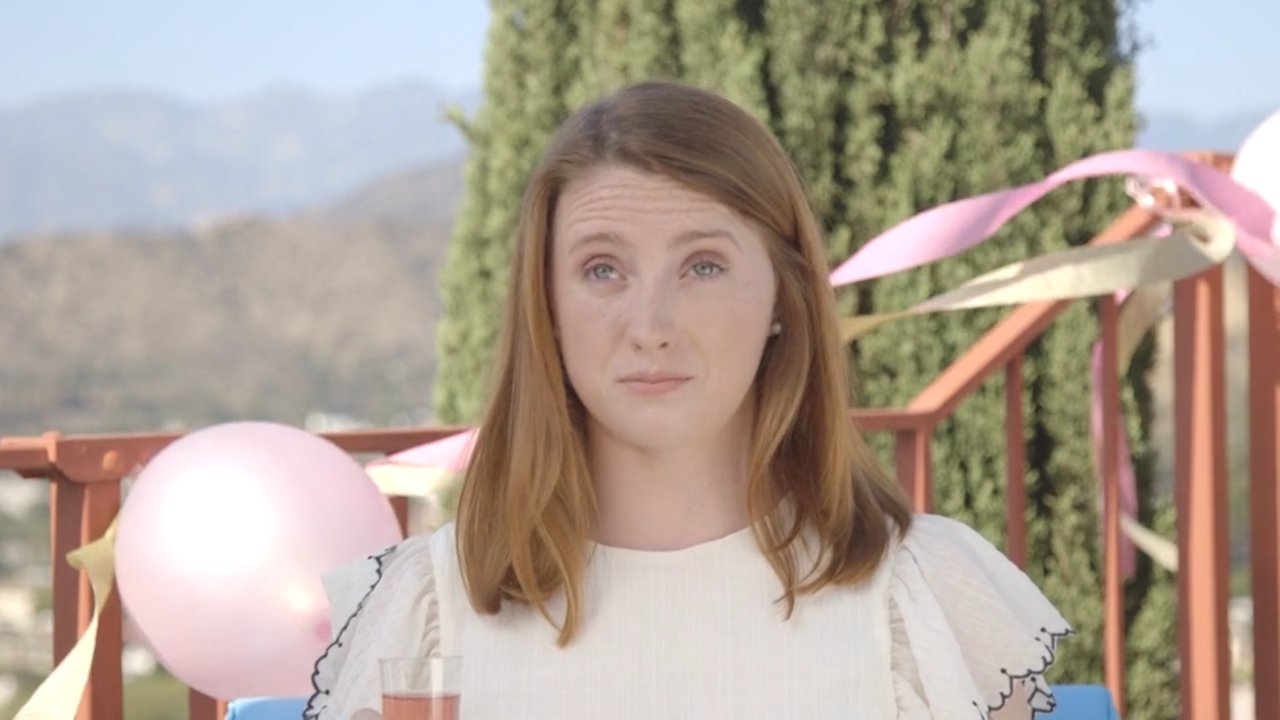 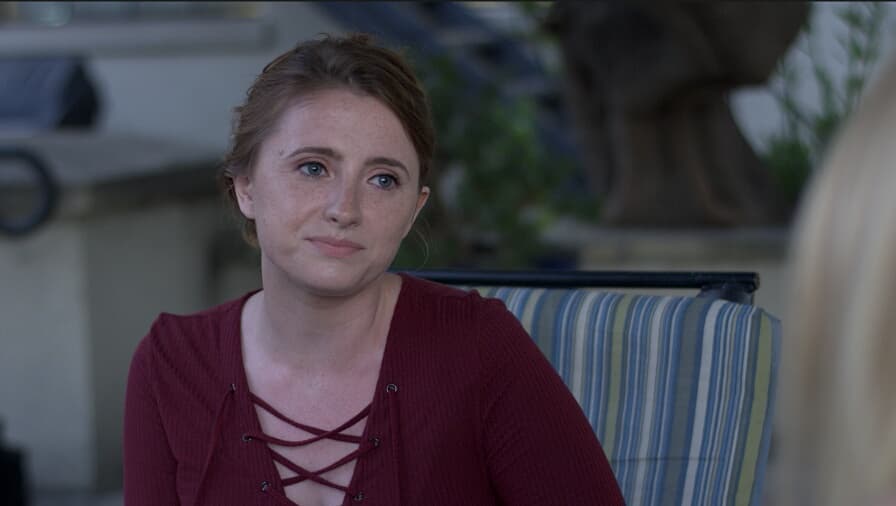