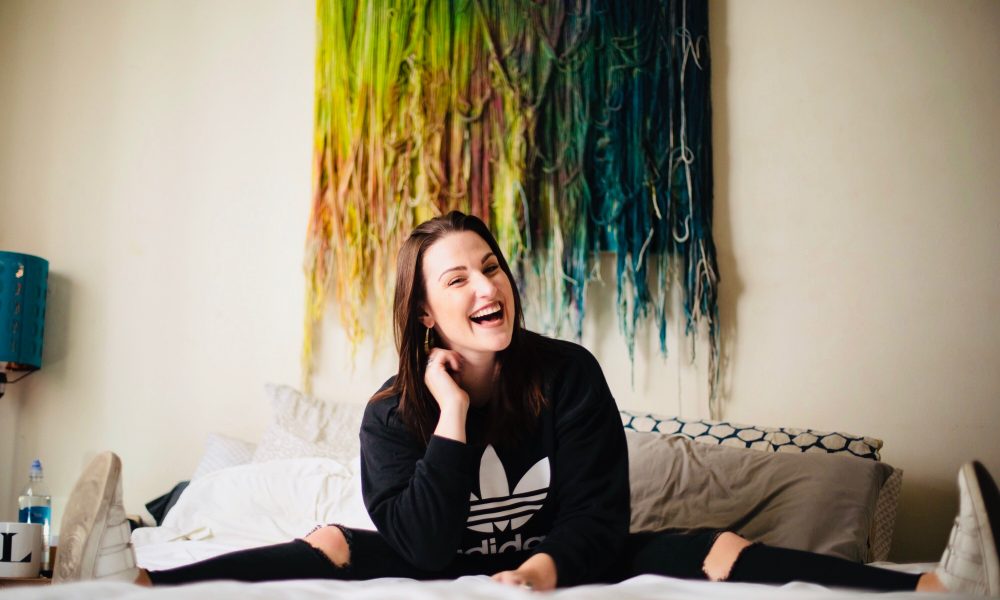 Today we’d like to introduce you to Lindsay Adams.

Lindsay, please share your story with us. How did you get to where you are today?
I started comedy right as I was graduating from college in 2010. I grew up thinking I was going to be a pop star or singer, so I went to school for “music business” & “artist management” in Chicago where I tried to take myself seriously. I tried stand up at a bar on a whim at one point during then and had fun and didn’t think twice about it. I decided to give it a real try and went to an open mic years later as I was letting go of the idea that someone would discover me and I would be Mariah Carey. I ate shit at that open mic. Hard. So then I had to keep going back until I didn’t completely eat shit and it turned into this beautiful thing that I loved and was willing to work harder for than I had ever for music. In retrospect, it was not a completely crazy leap. I was obsessed with Margaret Cho all throughout high school, bailed on prom to see her live, and memorized the late night comedy that they played at 2AM on TV. It had just never connected that stand up was something you could do as your main thing or how you could even get into it.

I am very grateful that I got to come up in the Chicago comedy scene when I did because I was surrounded by a group of incredibly talented people to watch and learn from – many of which have gone on to be insanely successful. In Chicago, you could go to multiple mics a night or do multiple shows all over town and you had enough stage time to continue to keep getting better. Everyone was at everything, too. The mentality around mics weren’t about being for “beginner” comics – everyone was there and it was a fun hang. I was in Chicago for about three years before I made the move to LA. It wasn’t a planned strategic move. I just didn’t want to be in Chicago anymore.

Overall, has it been relatively smooth? If not, what were some of the struggles along the way?
Yeah, I actually didn’t even have to try. I was like give me the mic and then Hollywood was like “hello, we’re ready”. Hahahhaha, no, I mean obviously not. I wasn’t one of those people who were great out the gate. It seems like something you should be able to get the hang of quickly but for me, it was the kind of situation where I had to just be OK with eating shit for years until I didn’t anymore. That’s also how I think you know you love it? Being willing to hit a wall over and over again with no reward except the fulfillment of doing it. I surrounded myself with people who were fun and kind and worked hard and we were supportive of each other eating shit.

I think most standups have the same kind of struggles along the way (unless I am just delusionally clumping us together) Feeling like you’re not good enough, feeling like you’re never going to get where you want to be, feeling like no one cares about you, it’s hopeless, you’re alone etc. But these were also feelings I had before I did stand up so if we’re being real, there is nothing that came along and ruined my life solely due to comedy.

We’d love to hear more about your work and what you are currently focused on. What else should we know?
Spinning my self-hating narcissism into an objective, positive, description of me and my comedy is unnecessarily dramatic but I will do my best because I am BRAVE. I don’t know, I don’t think I’m particularly special in what I talk about or have observations that will go down in history. I have a lot of feelings and have spent most of my life trying to figure out how to live as someone who doesn’t malfunction because of those feelings. I try to be honest, even if it’s ugly. I try to make very sad experiences silly. I try to say stuff that some similar weirdo can relate to and feel connected to. I try to say stuff that sad and struggling 12-year-old Lindsay would laugh at.

I also love baking and I’m fucking good at it so I’ve turned that into a whole thing. Dessert is truly king and I love how it makes people feel special and good and taste good even when it looks sloppy and messed up. I started baking when I got fired from a job in Chicago and then picked it up again in LA as a stress reliever for comedy. It’s very different in that you always walk away with SOMETHING and it’s not a matter of your flour just “not feeling it tonight”. I started streaming on Twitch a couple of years ago because I failed so many times in trying to put together a comedy baking show and just wanted to put something out there. It was v fun but then I was doxxed by a bunch of bored teenage Twitch weiners so I’m focusing on creating a non-live higher quality version.

I also help produce two live comedy shows monthly in LA. Full Moon Comedy is every 2nd Friday of the month at Liberate Hollywood (a fucking crystal shop) and I host it with Aaron Weaver w/help from Maggie Grossberg & Emily Kochman. We have comics and give away crystals and then have some sort of metaphysical guest. Our next show is June 14th at 8:30PM https://losangeles.eventful.com/events/full-moon-comedy-/E0-001-123113268-8@2019071220

Straw Men: A Debate Show for the Modern Age is a v fun show that Sam Wiles, Danny Palumbo, and I host * Kimmie Lucas produces. It’s a debate show but you can’t use facts. Our next show is June 9th at 6PM at the Lyric Hyperion. https://www.facebook.com/events/569137896827895

If you had to go back in time and start over, would you have done anything differently?
I would have not held back on making content and writing and learning outside of stand up. I thought that if you didn’t focus 100% that you would never be good and it was the only thing that mattered and that is not true. I also would worn more sunscreen on my face. 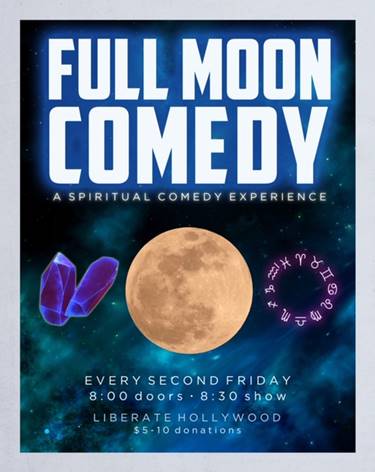 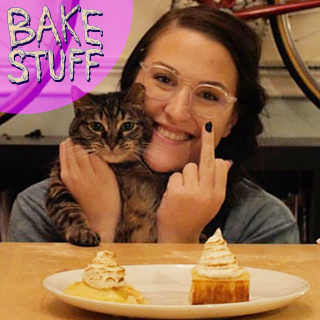 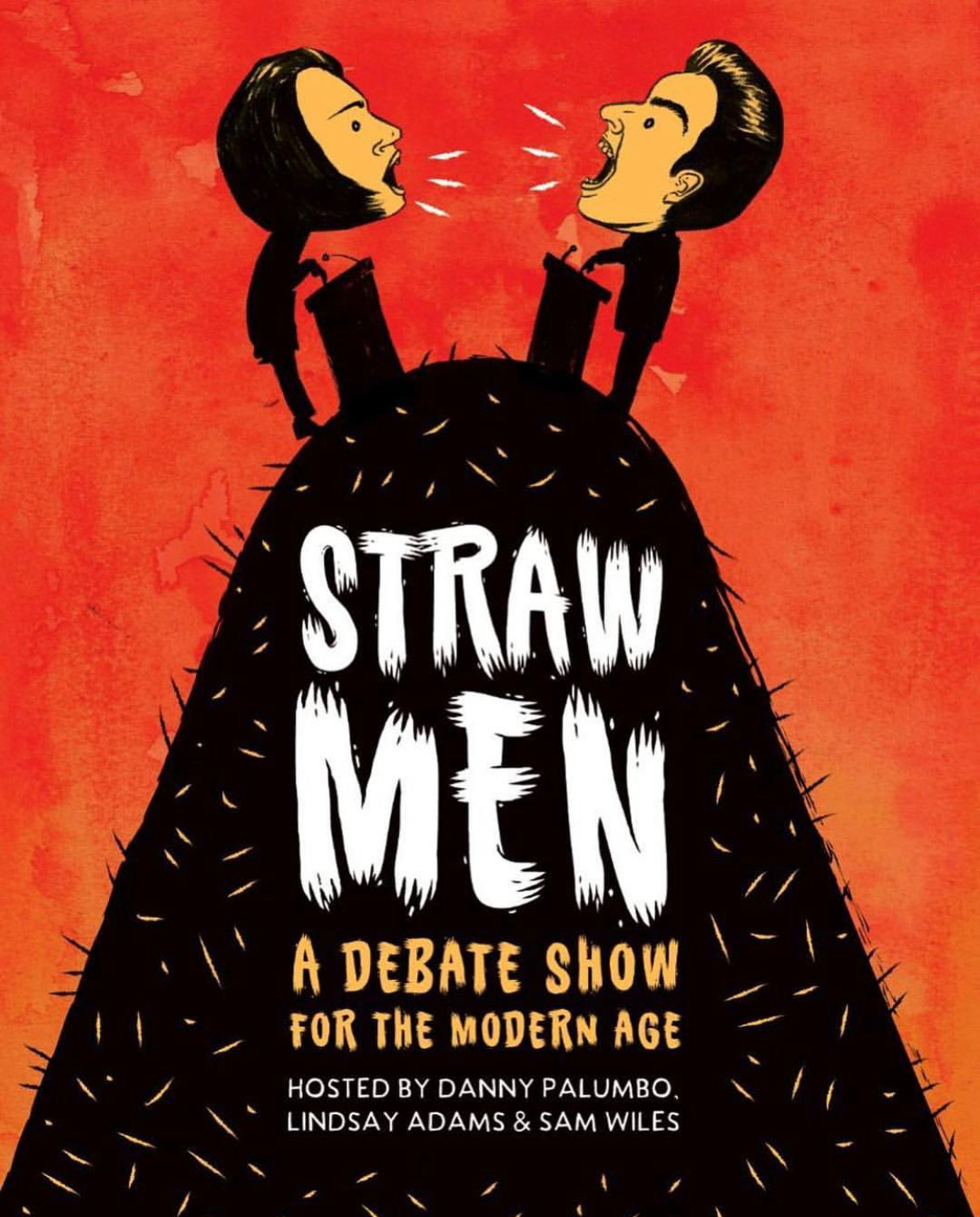