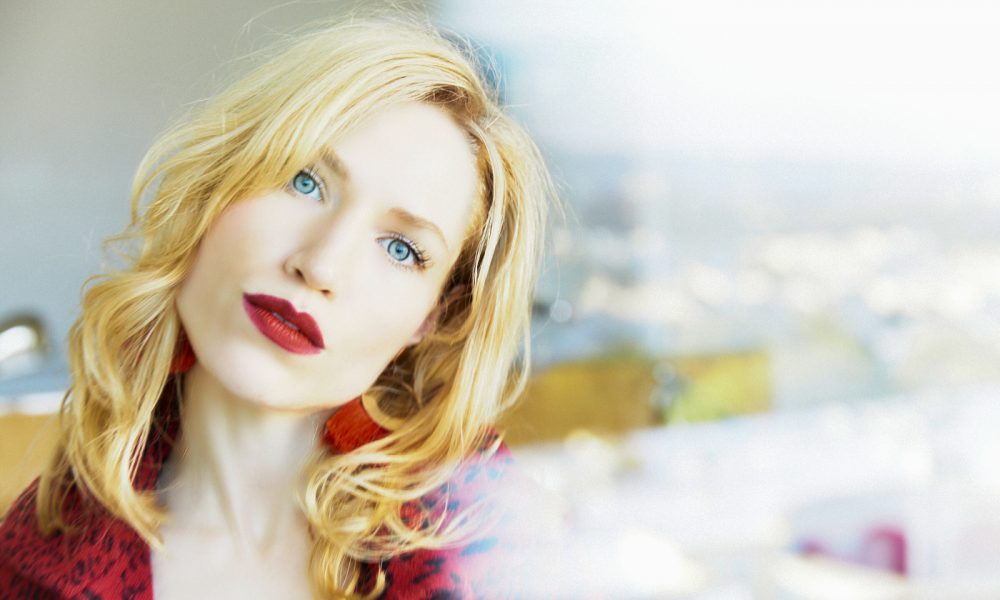 Today we’d like to introduce you to Laura Arten.

Thanks for sharing your story with us Laura. So, let’s start at the beginning and we can move on from there.
I was born in Prague, lived in London since high school and now am in the USA. I’ve always felt as a citizen of the world. And I truly wish this will become more of a norm for more and more people, as we become truly global and open as a society. I also think it is vital to creativity and exchange of ideas and growth of humanity. I taught myself to read at four years old and stories and storytelling was a major part of my life ever since. My parents were very Bohemian and somewhat ahead of the time. I was encouraged to study and to cultivate arts of all kinds. I started dancing – ballet- as a little girl and did that for a long while, I used to attend choir and also art lessons. My father taught me to shoot and develop film. Art seems to have been innate to my life ever since I can remember.

We’re always bombarded by how great it is to pursue your passion, etc – but we’ve spoken with enough people to know that it’s not always easy. Overall, would you say things have been easy for you?
I believe that if you truly expand and you follow your dreams, you usually go in the direction of your fear(s). Whatever this means for anyone of us. It has been no different for me. I left home at 18 and have been fully independent ever since. By 19, I lived alone in a foreign country and had to operate as an adult. In some ways, I had to grow up extremely fast (as many kids from homes that would break down or were dysfunctional in some ways). But I was also a fiercely independent and ambitious child, problematic background aside

I always knew I would travel the world and live a life well beyond what would or could have been expected, perhaps.

To move within the continent is hard enough.

To move across the Atlantic, from Europe to the USA, that’s a whole new ballgame and it is hard to explain to people who have not done it (and I absolutely recommend it). You really learn a lot about yourself. Very very fast. And you will expand beyond what you thought possible. I would say that one struggle people do not really talk about much (beyond extreme and somewhat cliched portrayals of it) are that of being an immigrant. And that is something that again is extremely hard to share or explain. The best way to ever understand it is to go abroad and try living there for a while. I am convinced if more people did this, there would be so many less conflicts in the world.

As far as my own journey; the hardest point was probably deciding I am going to go to New York, pay for acting school, not have work visa yet, have about $1600 to my name, know nobody in the city and make it work, sink or swim. And I did. And if anyone ever told me they intend on doing the same, I would say, please don’t

But… some people have a way paved for them to some degree. Maybe support system that sort of enables you to follow your dreams. If you don’t, you have to do it for yourself. It is like slipping through the eye of a proverbial needle. But if you look at the most incredible personalities in the world, in history, it usually is those people. So I try to be grateful for my journey…

We’d love to hear more about your work and what you are currently focused on. What else should we know?
I am what could be summarized as a Renaissance woman. A multidisciplinary artist. An actor, producer, director. I graduated cum laude from film studies (University of The Arts London) and went into commercial production right after. Mainly because in film production you simply cannot pay bills at times. Just like going to acting school is great if you know how you’ll support self after (or have someone to do it for you). I did enjoy it and learnt a lot. I still work in advertising when I can. The latest project I production managed is a PayPal Xoom commercial. I really feel blessed I can work on both continents. And that I have developed those contacts.

Alongside this, I had always performed, modeled and danced. I was part of theatre groups in London, such as Almeida and Young Vic New Voices. I was lucky to get scholarships, such as aerial theatre scholarship in London at WAC Arts College. So for me it all always went hand in hand.

As most actors, producers and directors will tell you, in what we do there is a lot of waiting involved. Whether you are waiting for money, a phone call or simply something to fall into place a lot of what we do is exercise patience. It is helpful, I find, to have something that you can always do. For me it is art and now writing and I started a small talk show to feel like I am always creating and being productive. (Instagram: @POWOW.tv)

Often what is most unique to us is also a point of certain struggle or tension. I believe that what previously has been problematic will very quickly become just another facet one has to offer. We see ever more diverse casting in every which way and there are projects being made that are truly inclusive and ever more reflect world as it is. A place where many people are not just one thing, one nationality, one ethnicity, etc. I have two passports and I’ve lived on two continents and have traveled a lot.

My work, I hope, reflects that. My latest documentary project, I AM, will premier at AmDocs in September in Palm Springs. It is about queer artists. People who were trailblazers and pioneers. My first film, The Story of Hers (2013), premiered at Court Metrage in Cannes and then went on to do well on American festival circuit. It is about a young escort I met in London while I was still studying.

I am truly inspired by likes of Alma Har’el, James Franco and Paul Haggis and other amazing artists who seem to see the world from a global, all inclusive perspective. Be it in the way they are or the way they create and cast their projects.

Has luck played a meaningful role in your life and business?
“Luck” if we decide there is such thing, is a key to everything, after all. One can become luck prone by working hard. As a famous golf player who’s name I cannot recall once said: “the more I practice the luckier I seem to get.” Luck, or destiny, or divine intervention are crucial. In every aspect of human life, not just business. I will one day write a book about all the ‘lucky’ things that happened to me, that enabled me to set a life up in New York. It was, in many ways, as if certain people meetings and “lucky” events were already waiting for my arrival and without those I am not sure it would ever be possible. At the same time, one has to be open to receiving them. So there is that also. Mindset is a major part of it. Positivity, which is not always the easiest thing to maintain. Setting yourself up for failure or for good luck. I am sure I will speak for many creatives, and not only, when I say self-sabotage is something many of deal with and its real! 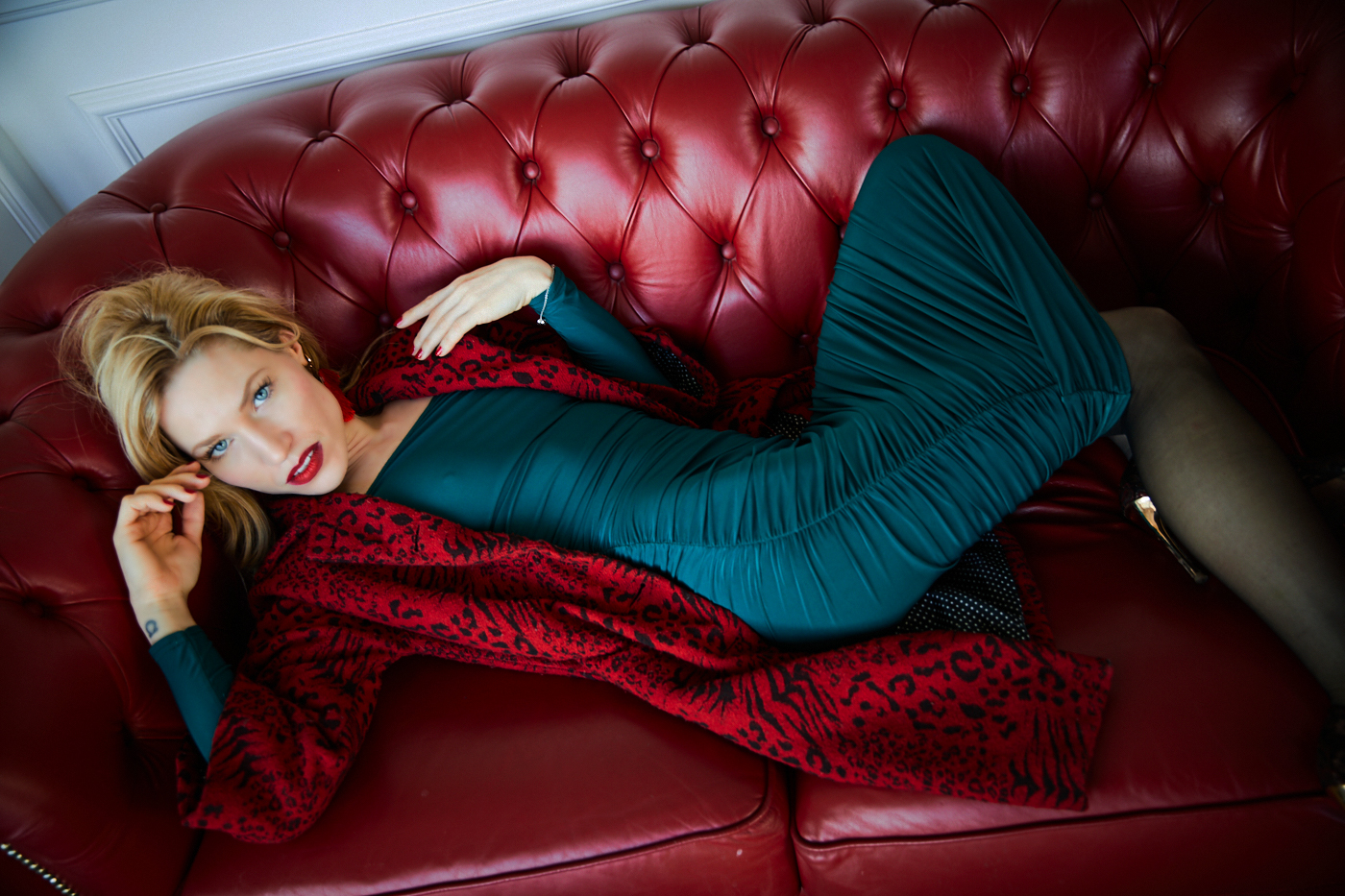 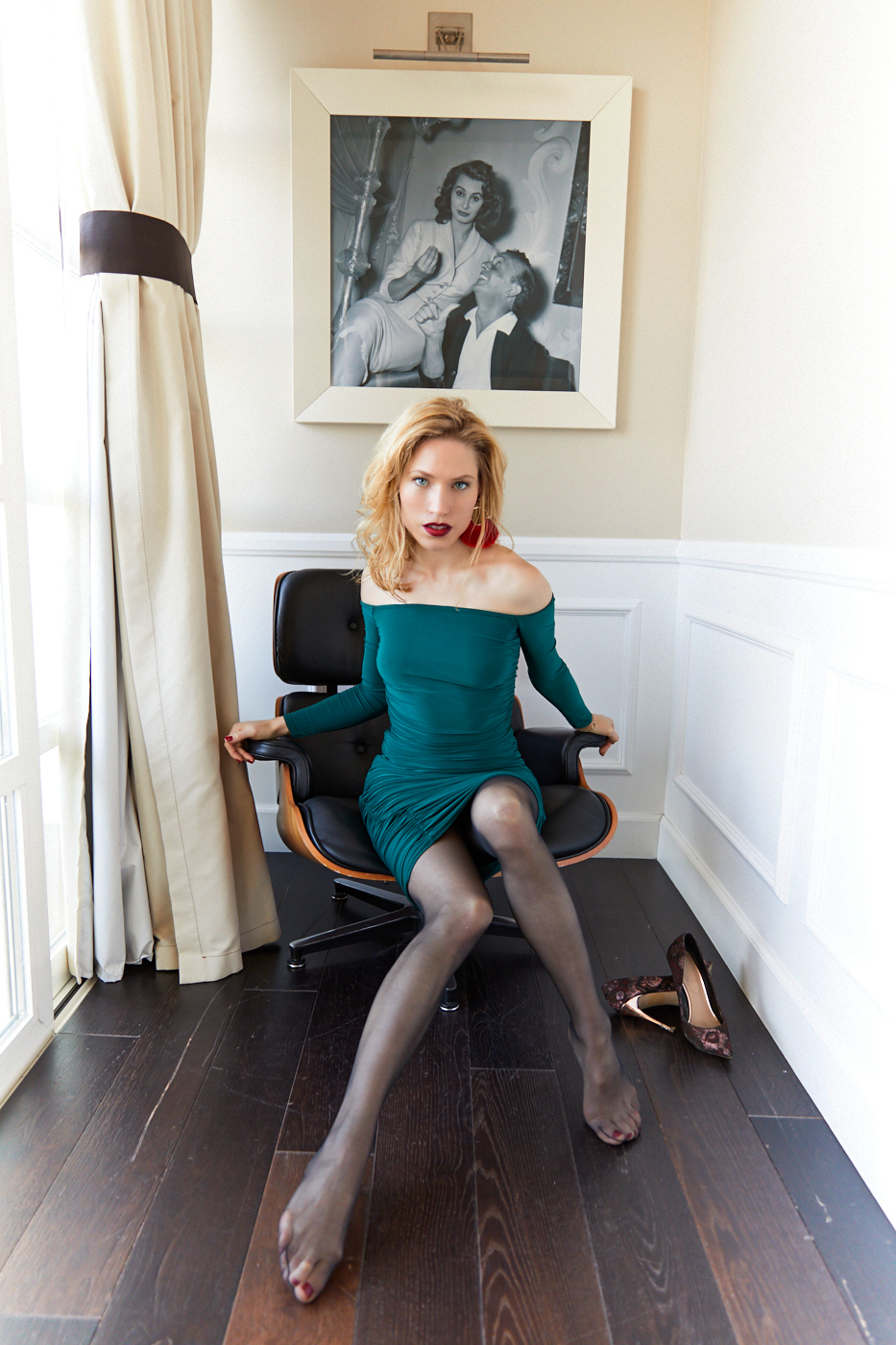 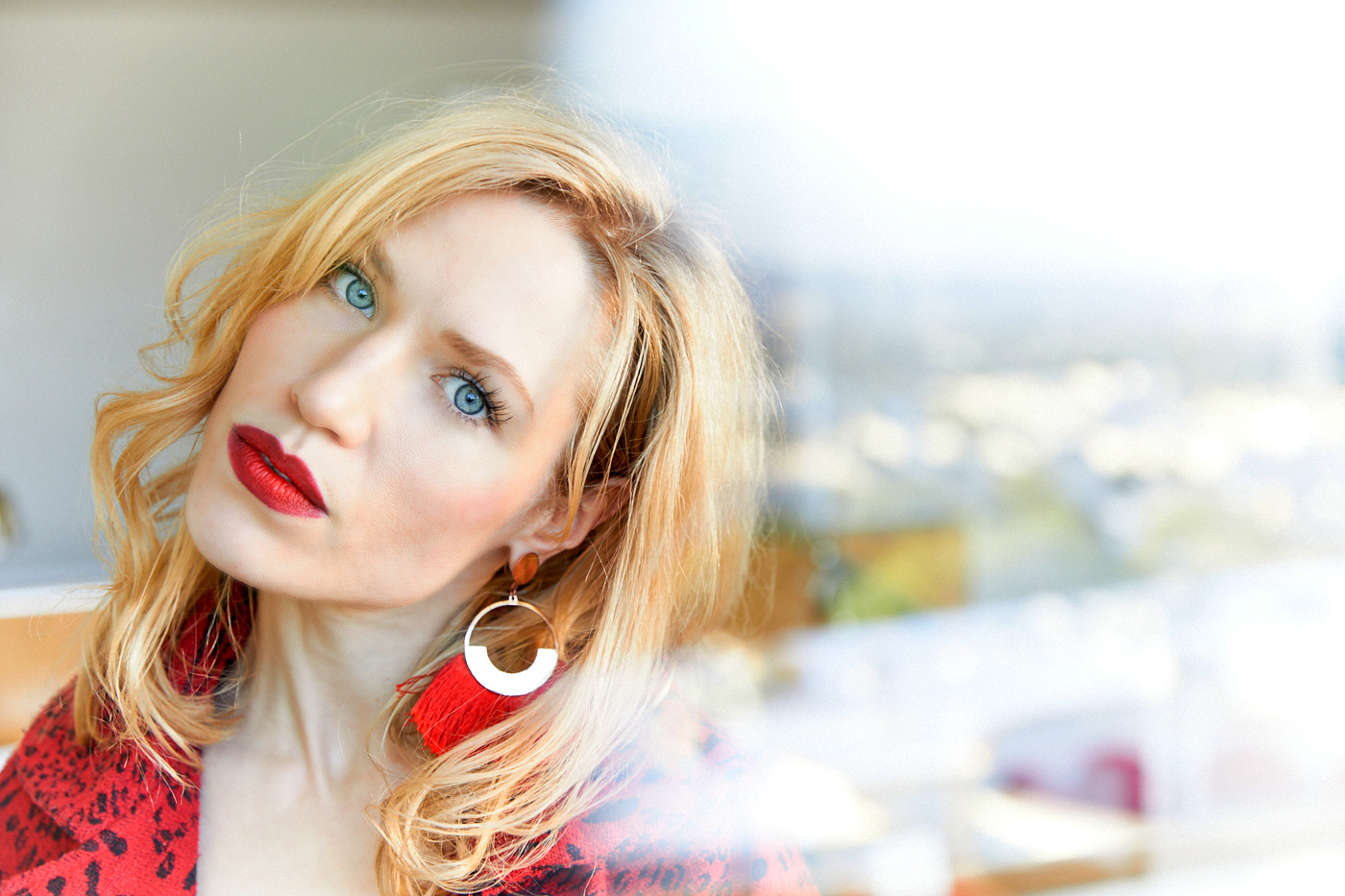 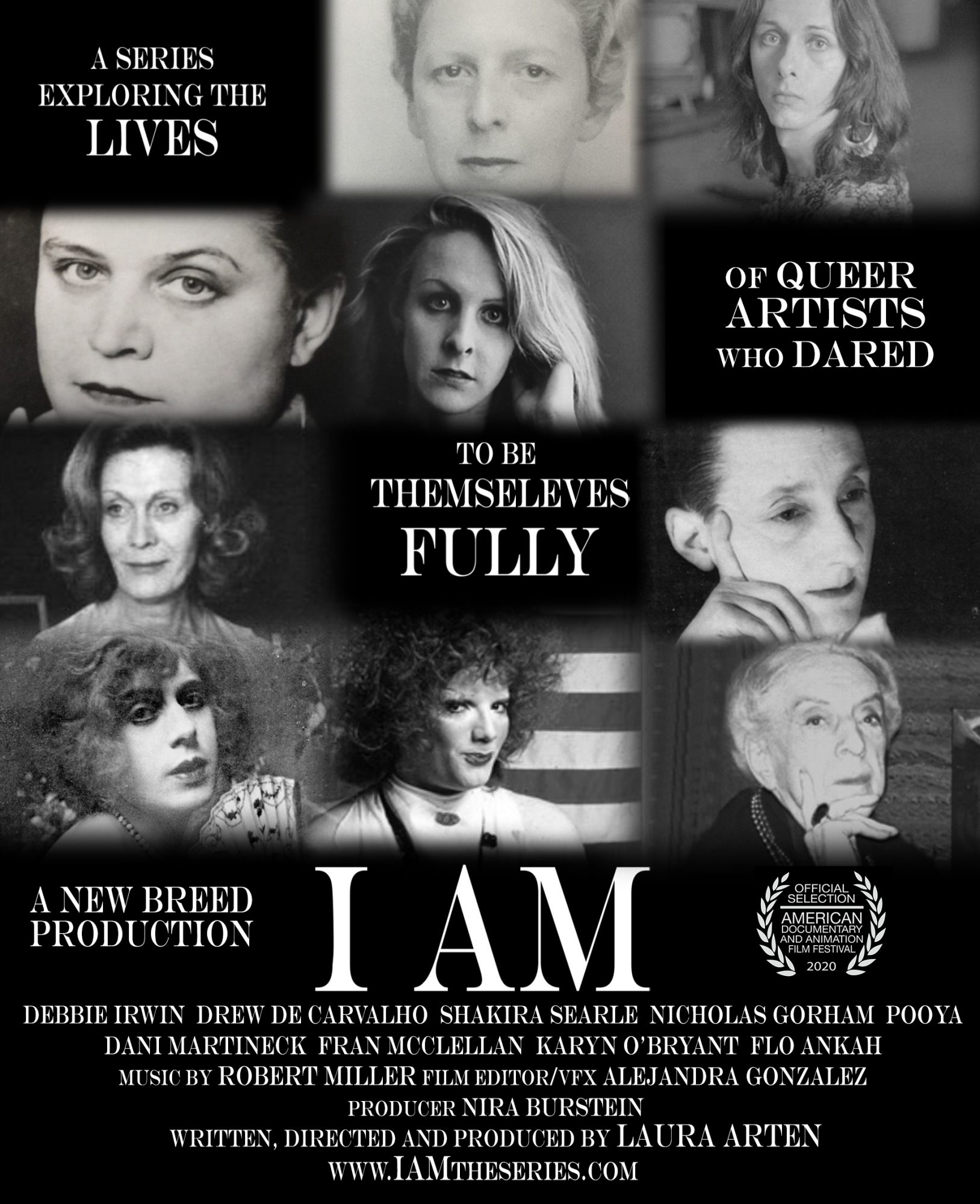 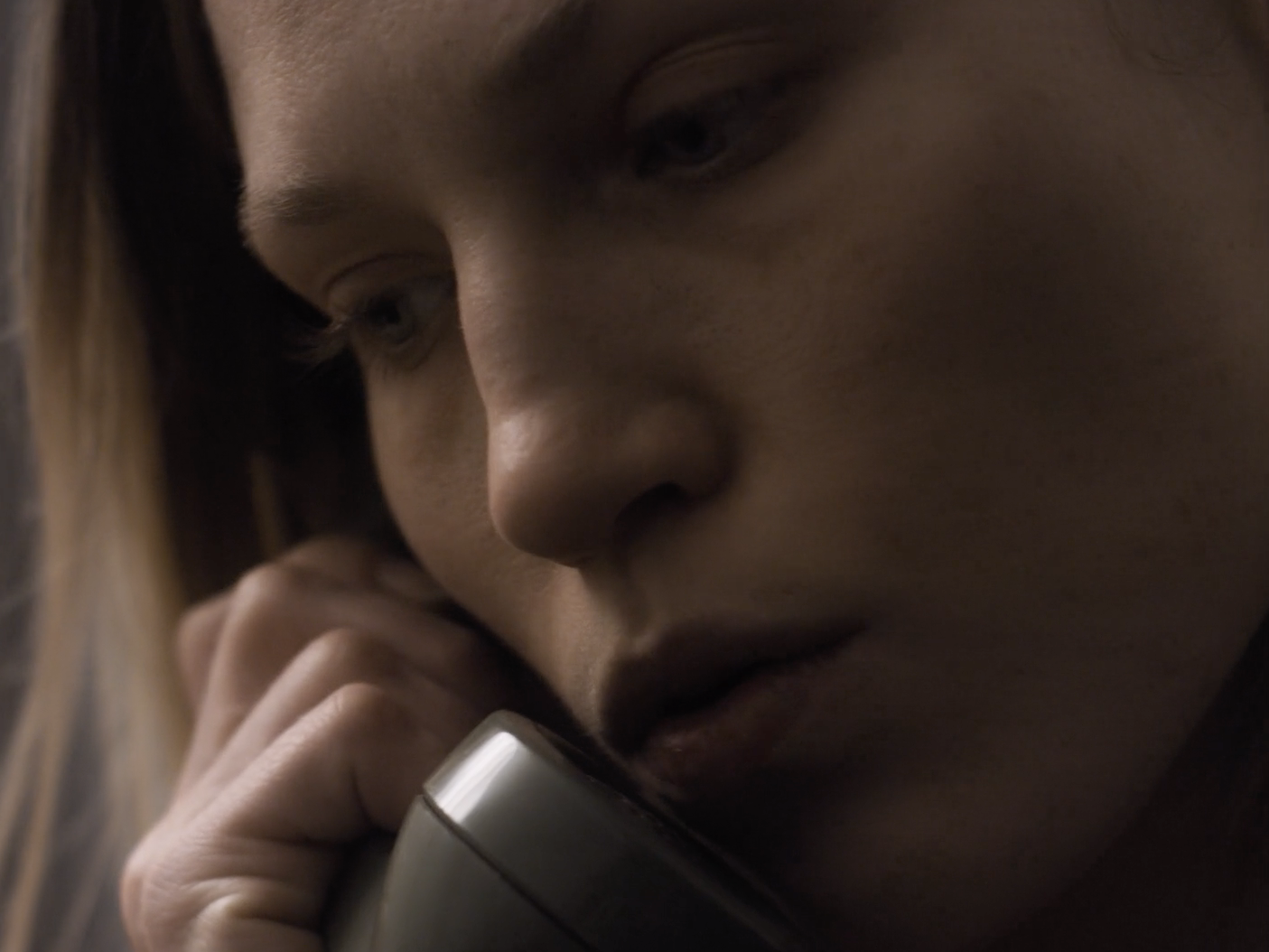 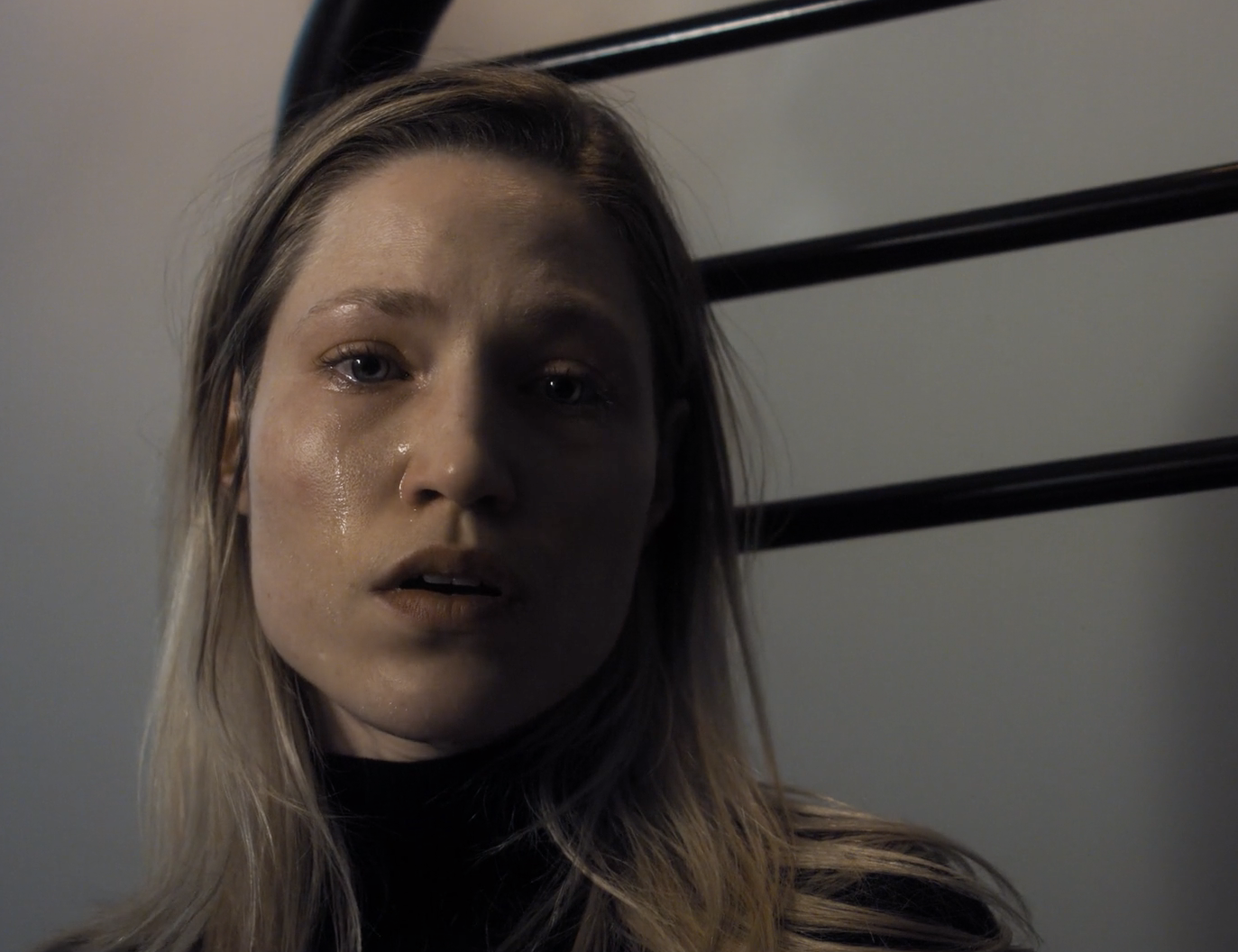 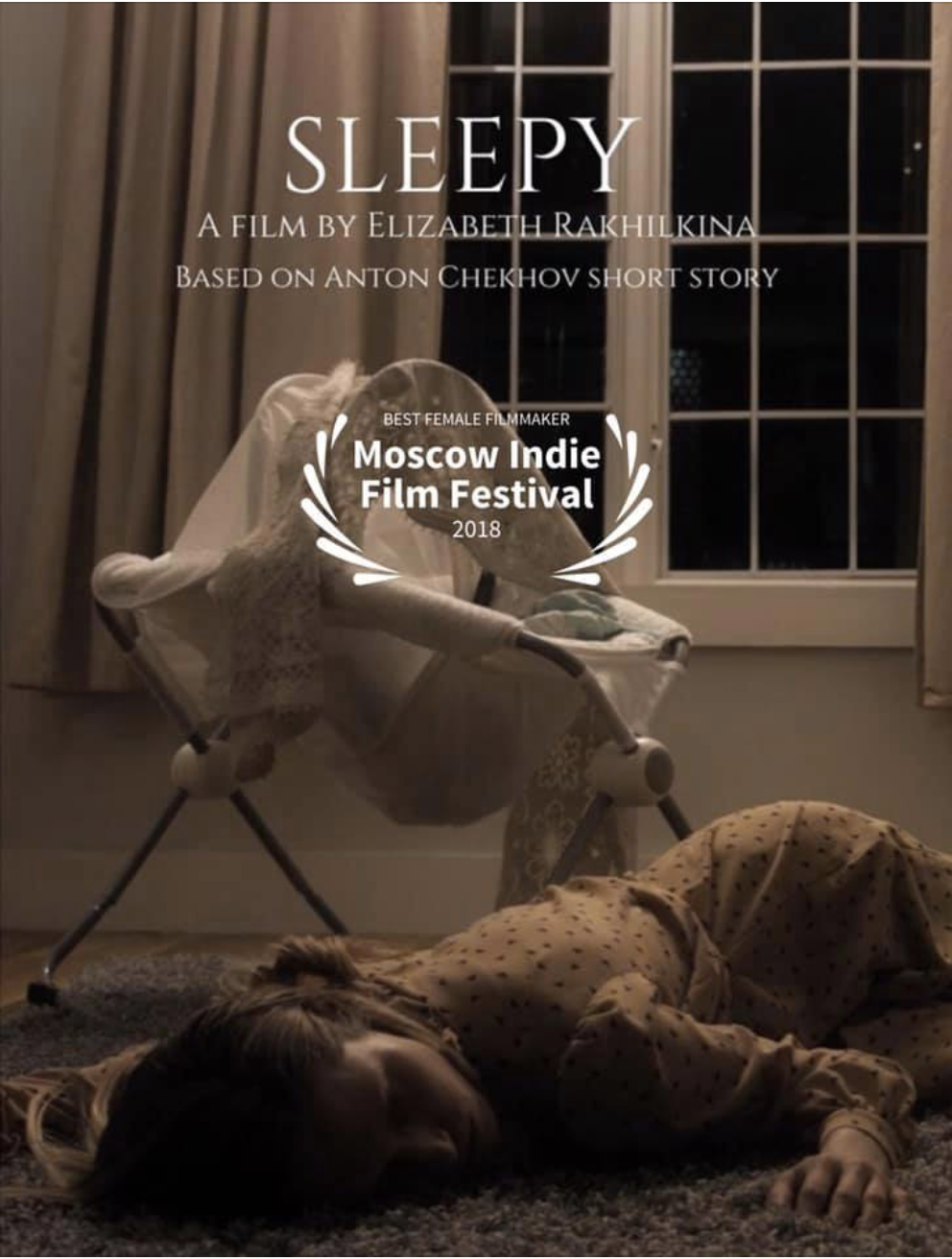 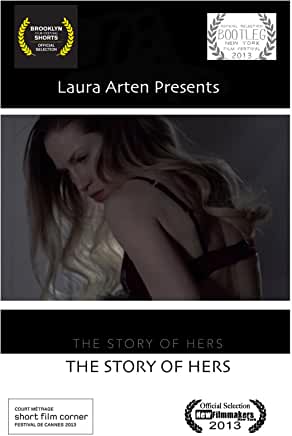 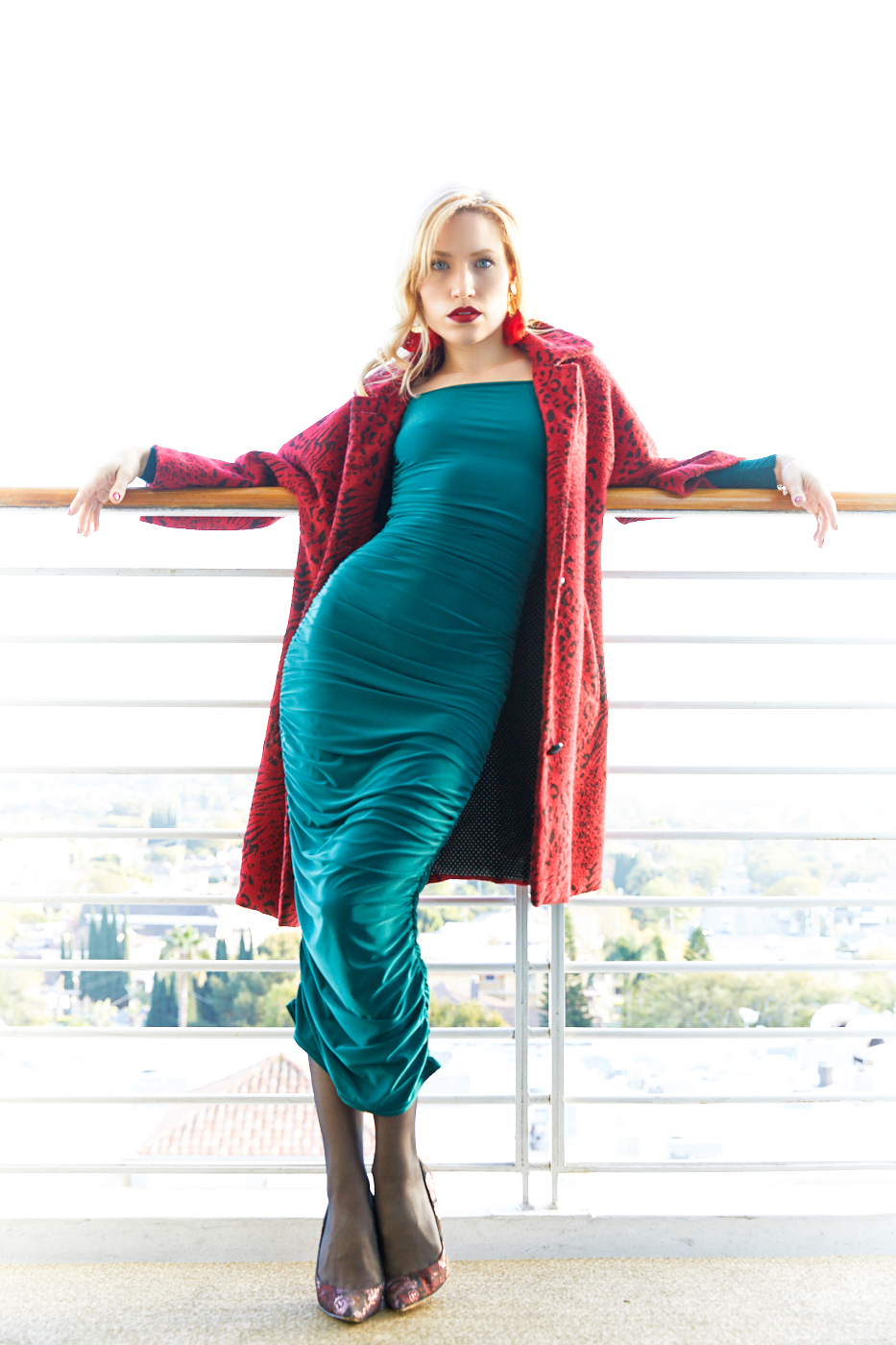 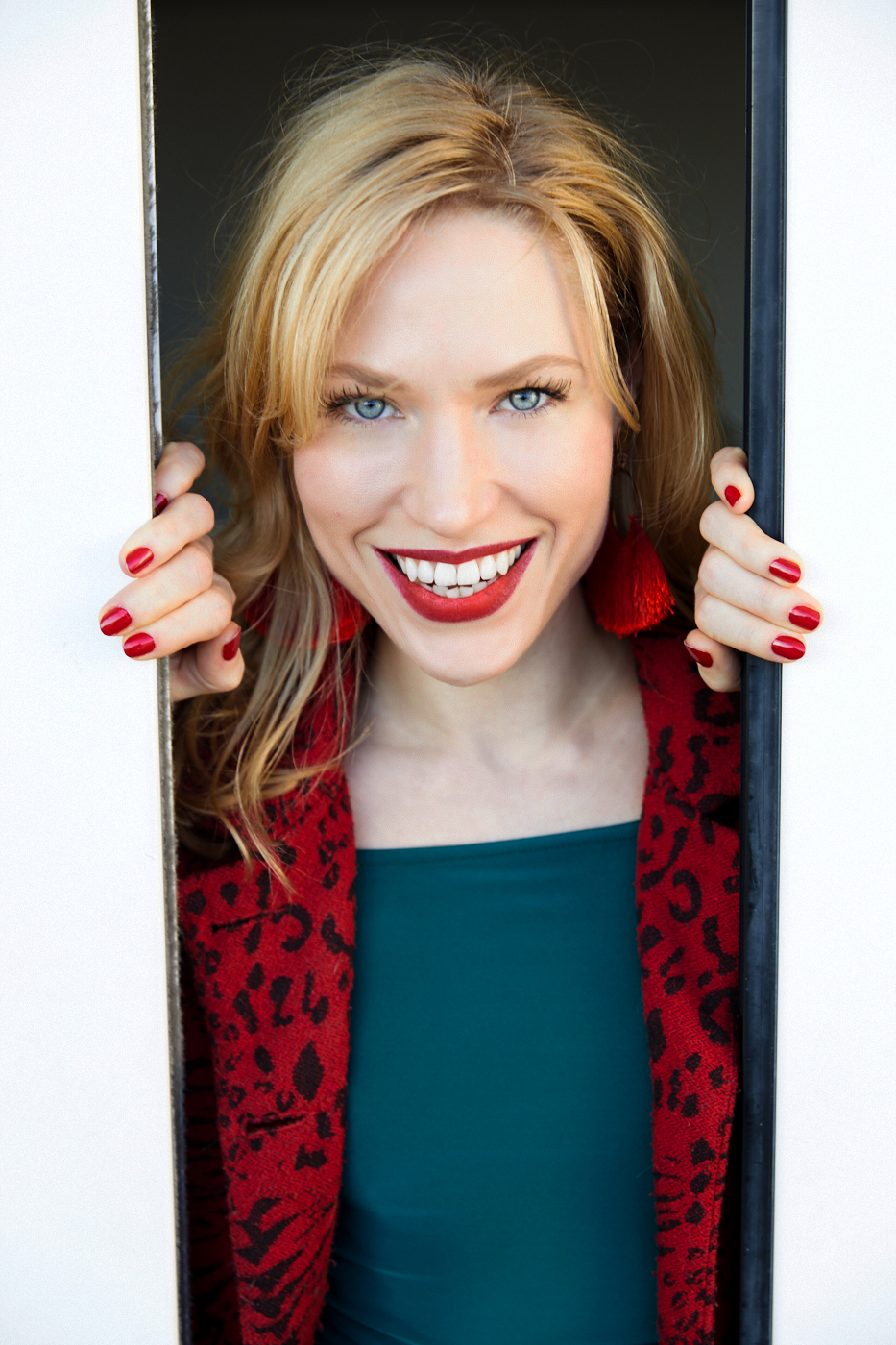