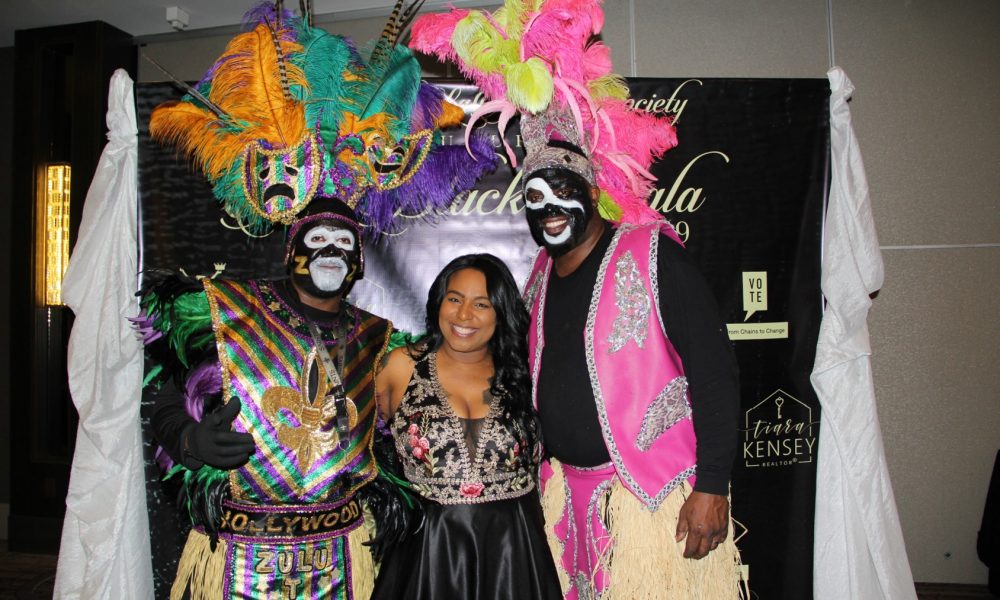 Today we’d like to introduce you to Laketa Marie Smith.

Laketa is a proud native of New Orleans, Louisiana. She was raised by her grandparents, Anthony & Irma V. Smith whom she gives credit to for her confidence, strength and wisdom. Laketa’s grandparents planted the seed of having compassionate and loyal traits towards humanity. Growing up in the nineties, Laketa was very active with organizing alongside her grandparents for human rights, crime reduction, prison ministries, criminal justice reform, financial literacy and racial disparities statewide. Laketa was an active and talented child, she fell in love with music and poetry. She learned to play the flute, violin, published her first book of poems with her aunt at eight years old, and obtained a Black Belt in Tae Kwon Do. Laketa’s beautiful childhood was disrupted by the sudden death of her grandmother and family matriarch in 1997. For years Laketa struggled to find her purpose and happiness. She became broken and abused for eight years in a very toxic relationship. The concrete rose did not give up, she continued to slowly redefine herself and return to what made her happy by leaving what caused her harm.

She relocated to Baton Rouge in 2007 after meeting her wonderful husband. Laketa became active in the Baton Rouge community by volunteering and mentoring with several organizations. 2011, God tested her faith with the death of her beloved grandfather. Anthony’s death motivated her to live her life with a deeper purpose. Laketa enrolled in Baton Rouge Community College after receiving her GED Diploma to study Criminal Justice. Laketa was inducted in 2012 into Phi Theta Kappa International Honor Society, and Sigma Kappa Delta National English Honor Society. She served as President of PTK and Treasurer of SKD. A year later, she was the recipient of the Louisiana Technical College System Salzburg Seminar Scholarship, held in Salzburg, Austria. The year 2014 was also a great year, she was inducted into the All Louisiana Academic Team, provided by Phi Theta Kappa, in partnership with The Coca Cola Foundation. In addition, she received the Student Government Association’s Outstanding Club Member of The Year. In 2015, the Dean of the Sociology Department presented her The Stella Award for Outstanding Research. The Stella Award was created because of the hard work and dedication Laketa contributed to the department. Shortly after receiving the Stella, she was selected to participate in America, The Beautiful In Spite Of It All, Student Reflections of Cultural Identities. This project is where she became a two-timed published author. By the end of 2015, Baton Rouge Community College where she obtained her Associate’s Degree in Criminal Justice and a General Studies Certificate had both positive and negative impacts on her life. Laketa was again at the crossroads of life. She was the primary caretaker for her mother who was recently diagnosed with an early stage of Alzheimer’s Disease. This was very devastating to her and impacted her emotions heavily.

Laketa was determined to continue to walk into her purpose, in 2016 she received a scholarship to attend Loyola University in New Orleans. She has dreamt of being a student at Loyola since a child. Her acceptance was affirmations of triumph over tragedy. She began to bloom in her new academic settings. Her accomplishments at Loyola includes; being selected to serve as a Surveyor with VERA Institute of Justice for a Bail, Fines, and Fees study, and the recipient of The Benjamin A Gilman International Scholarship to study abroad through the U.S.Department of Education. In 2017, she was inducted into The National Society of Leadership and Success, where she was the recipient of The National Engaged Leader Award. Loyola University also provided her an opportunity of a lifetime to study Global Governance abroad at the prestigious University of Birmingham in England. After graduating with a Bachelor of Arts in Criminal Justice, Minor in Sociology, she believed this was only the beginning. Laketa is always motivated to seek the unimaginable, and truly a high achiever, yet civil unrest was taking a toll on her. She began to develop a deeper passion to get more involved with her affiliations.

In 2018, Laketa made one of the best decisions of her life by incorporating her own nonprofit organization, A Bella LaFemme Society. ABLS is focused on promoting mental wellness among minority women by providing Mental Wellness Scholarships. In addition to the scholarships, the organization provides several services; free self-defense and gun safety classes to women statewide (Heels & Steels). A Mental Vent, A Safe Zone is another service which is a session dedicated to release mental burdens and promote communal healing. ABLS since incorporating has participated in statewide initiatives and collaborations. ABLS placed 2nd place in a community contest among 64 other statewide organizations at only four months old. Besides her dedication to ABLS, Laketa is currently a member of VOTE-BR/NOLA Chapters, LA CURE, East Baton Rouge Parish Prison Reform Coalition, Louisiana Federation of Democratic Women as a Board Member/3rd VP and the Youth Committee Chairlady, Community Action Network, ReCAST, Baton Rouge Collective Healing Coalition, STAR as a Sexual Assault Advocate, ACE Educator with The Louisiana Department of Health, and The Women’s Council of Greater Baton Rouge.

Laketa is reinvesting into the communities with her knowledge and life experiences to empower, inspire and educate. She finds joy in helping others, advocating for criminal justice reform, HIV/AIDS, mental wellness, reading, painting, listening to music, and traveling the world to embrace multiculturalism with her family.

Latest ABLS Updates; The official launch of the Love Campaign, Bella Promise 2020 will be June 22. The Bella Promise is committed to healing and forgiveness. Last year the 2019 Bella Promise of Self Love gained 648 national promises from people who believed in the commitment. This year’s promise goal is to gain 1,000 global commitments. ABLS is also extending services to provide Direct Supportive Services to formerly incarcerated women through our new REBIRTH Initiative’s mission is to promote mental wellness through supportive services of advocacy, career development and peer mentoring.

Latest Laketa Updates; History was made on December 6, 2019, Laketa is the first and only minority-owned business and Executive Director to received Proclamations from two minority women mayors within one year of incorporation to celebrate accomplishments made statewide. (Mayor Broome of Baton Rouge, and Mayor Cantrell of New Orleans, LA.) Laketa recently successful completed TruFund’s Women in Business, RENEW Programs, March 2020. She is the 2020 Recipient of The Empowered Diva Award, May 2020. As of April 7, 2020, Laketa has extended her entrepreneurial wings and launched her publishing company, Educated Bella, LLC. The publishing company will focus on healing trauma and prevention of trauma through the art of storytelling.

Overall, has it been relatively smooth? If not, what were some of the struggles along the way?
My challenges are included in my bio. My new challenges involved pivoting my business structures while grieving the loss of seven family members/friends due to the virus. My mother resides in an assisted living place and we haven’t had a contact visit since March 7.

What is “success” or “successful” for you?
Success to me is resiliency with the ability to forgive those who have wronged you. It is the willingness to concur despite of everything you endured that should have destroyed you. Success is obtaining a wealth of knowledge and sharing that knowledge to help others bloom. 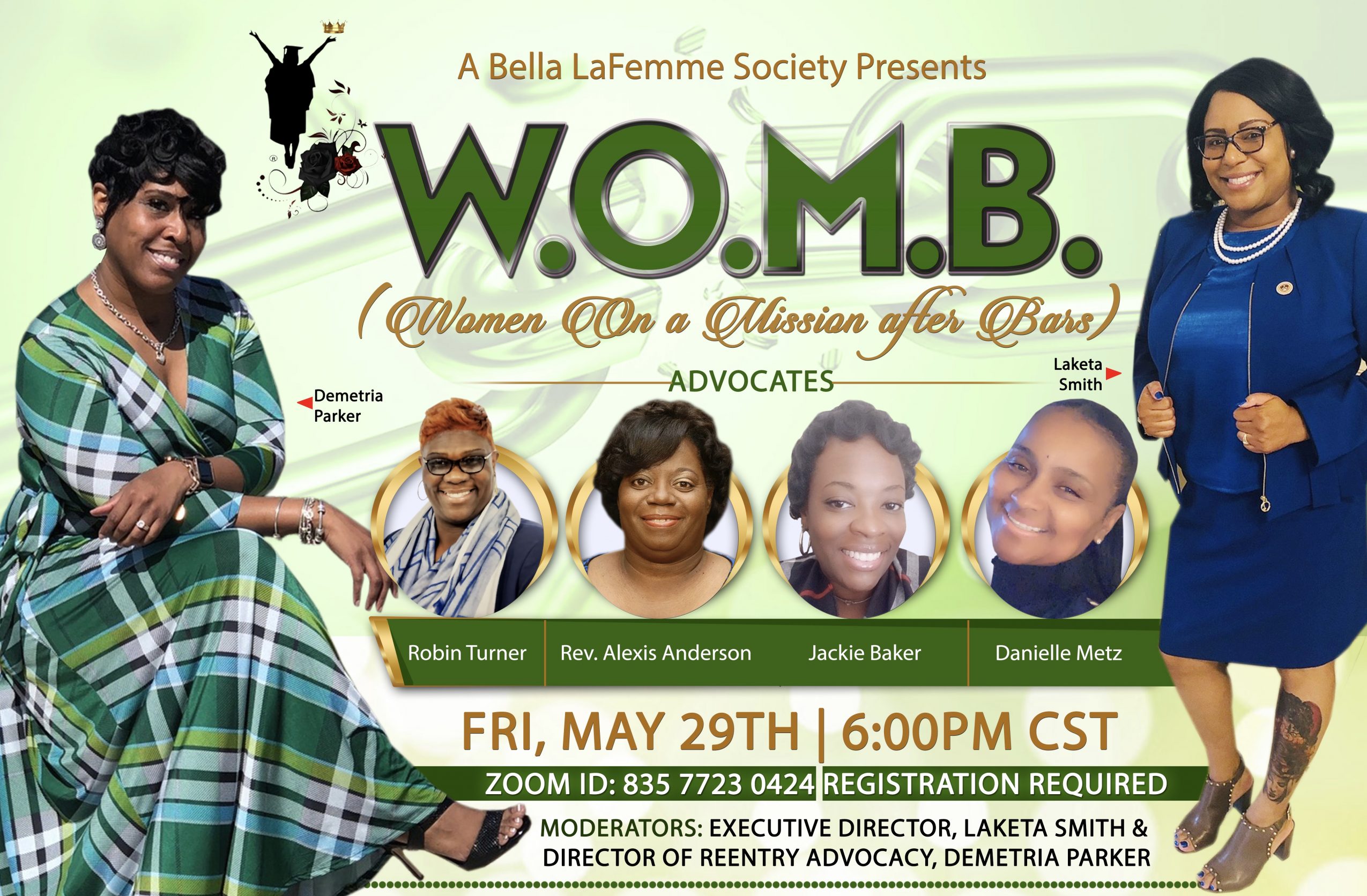 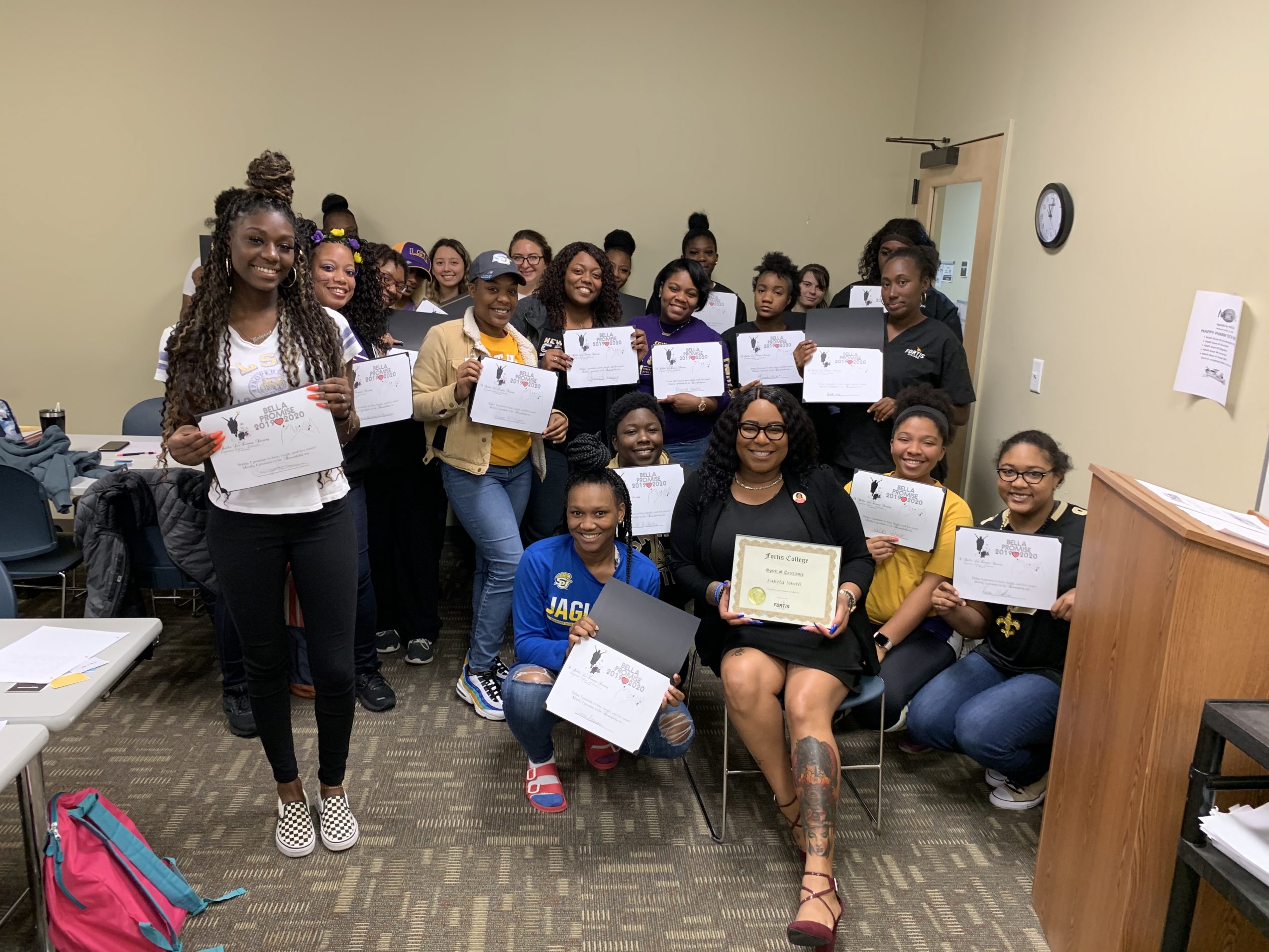 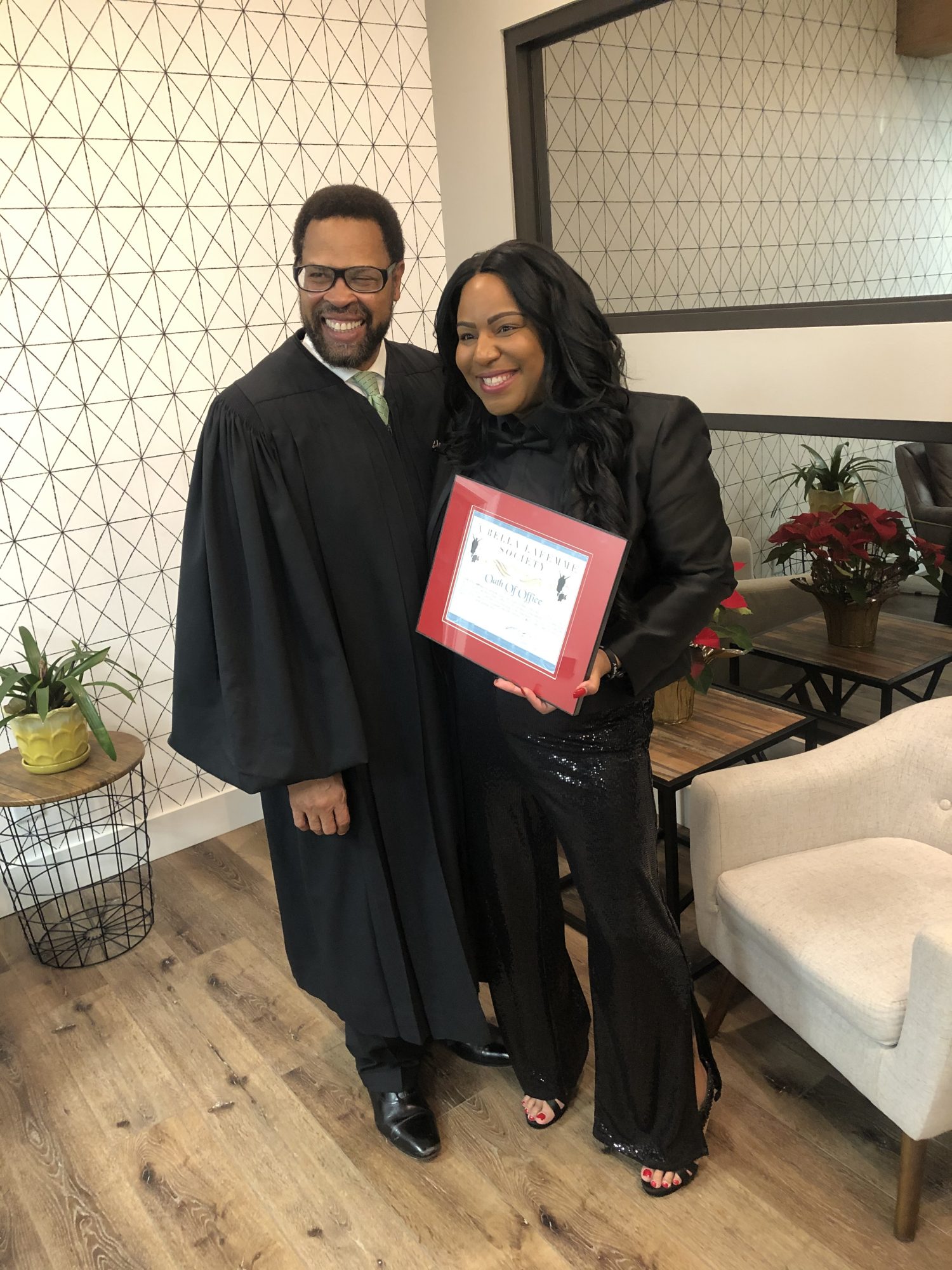 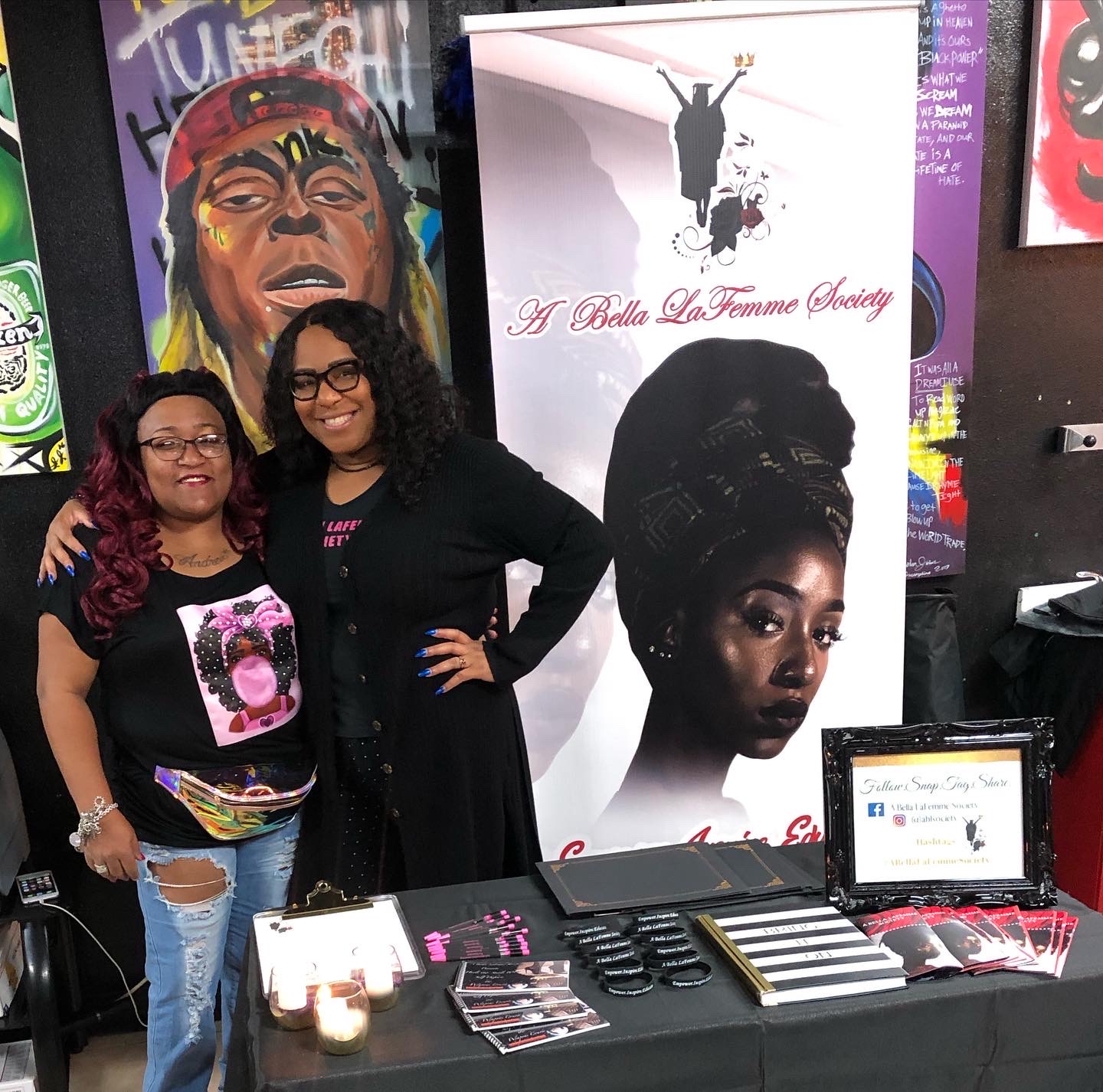 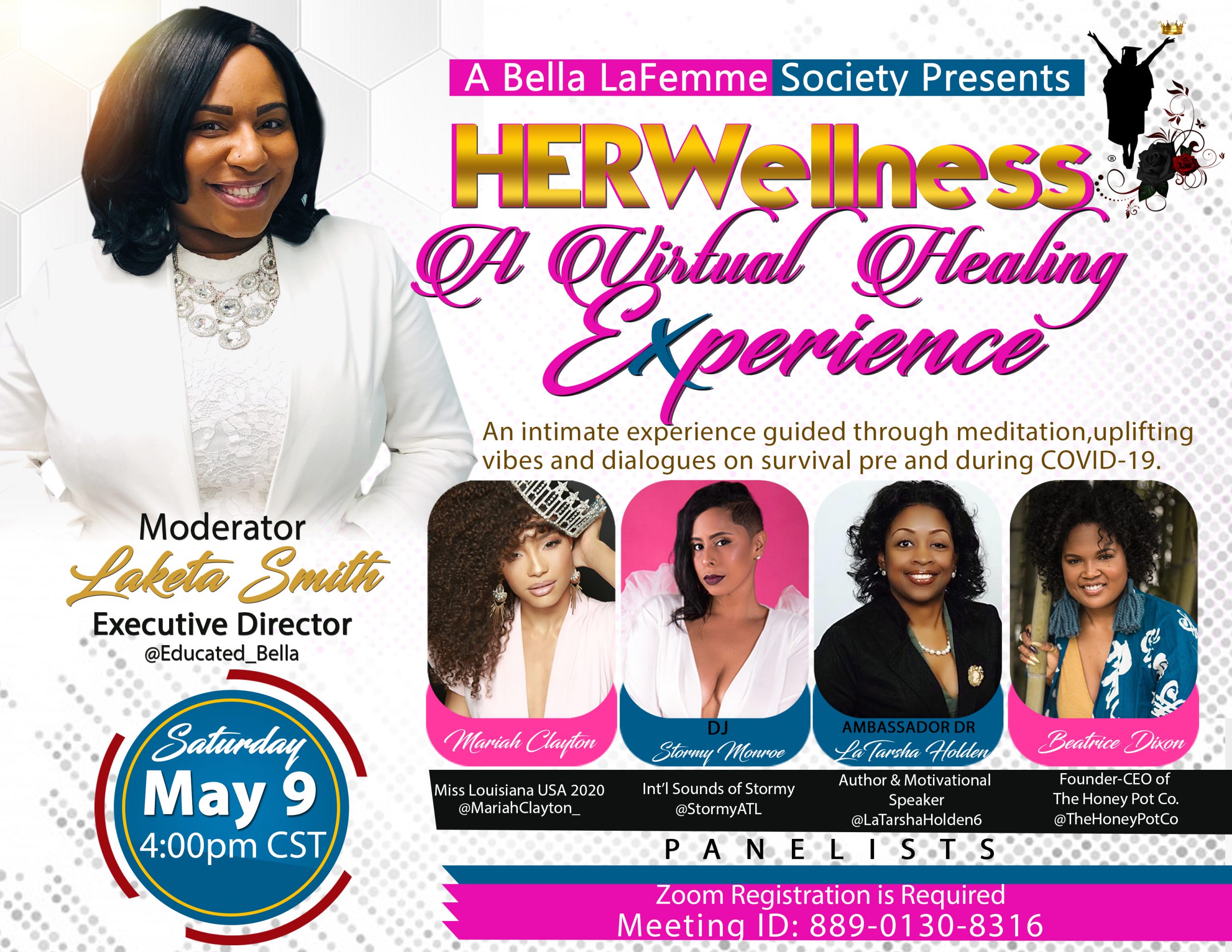 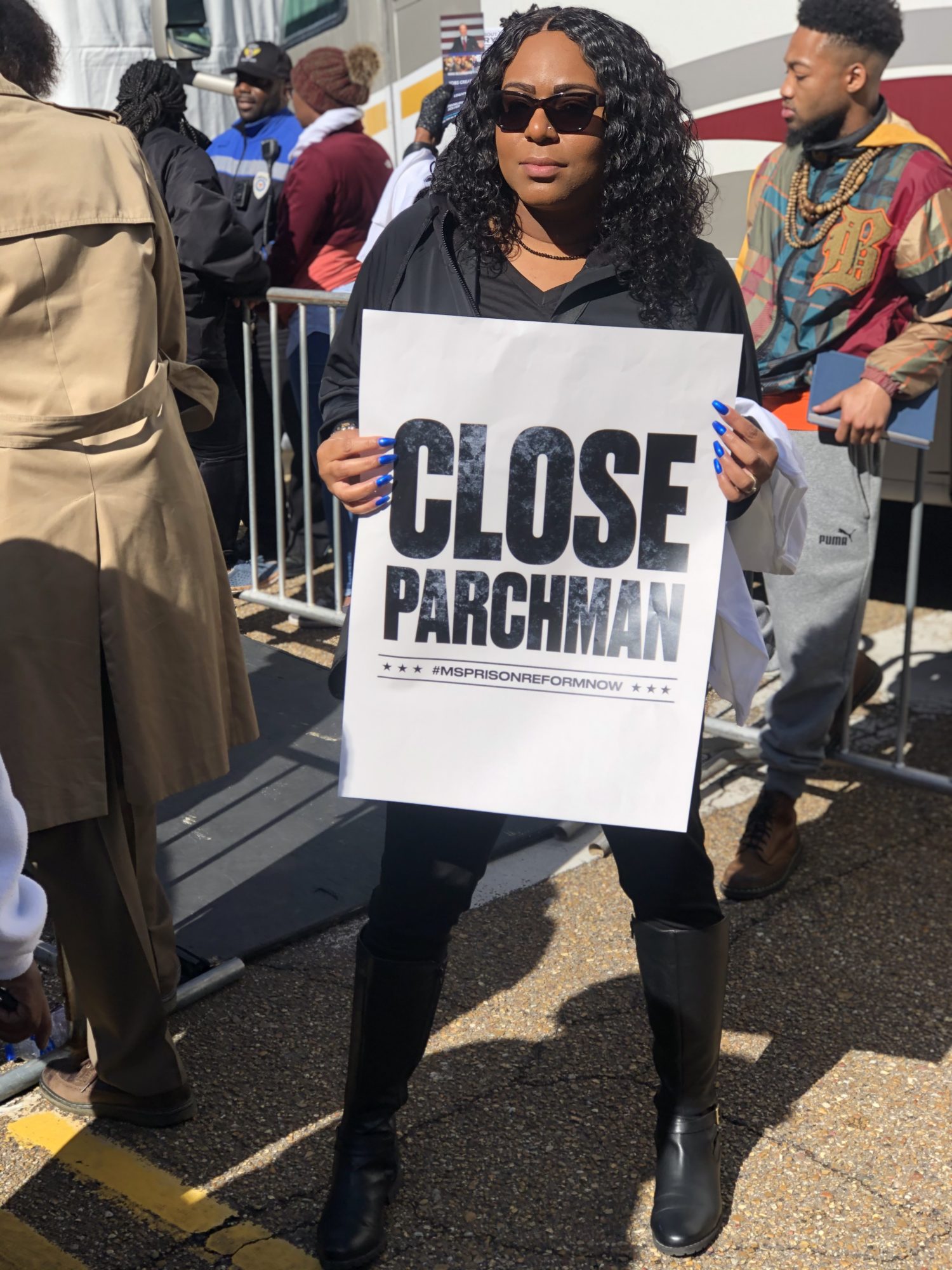 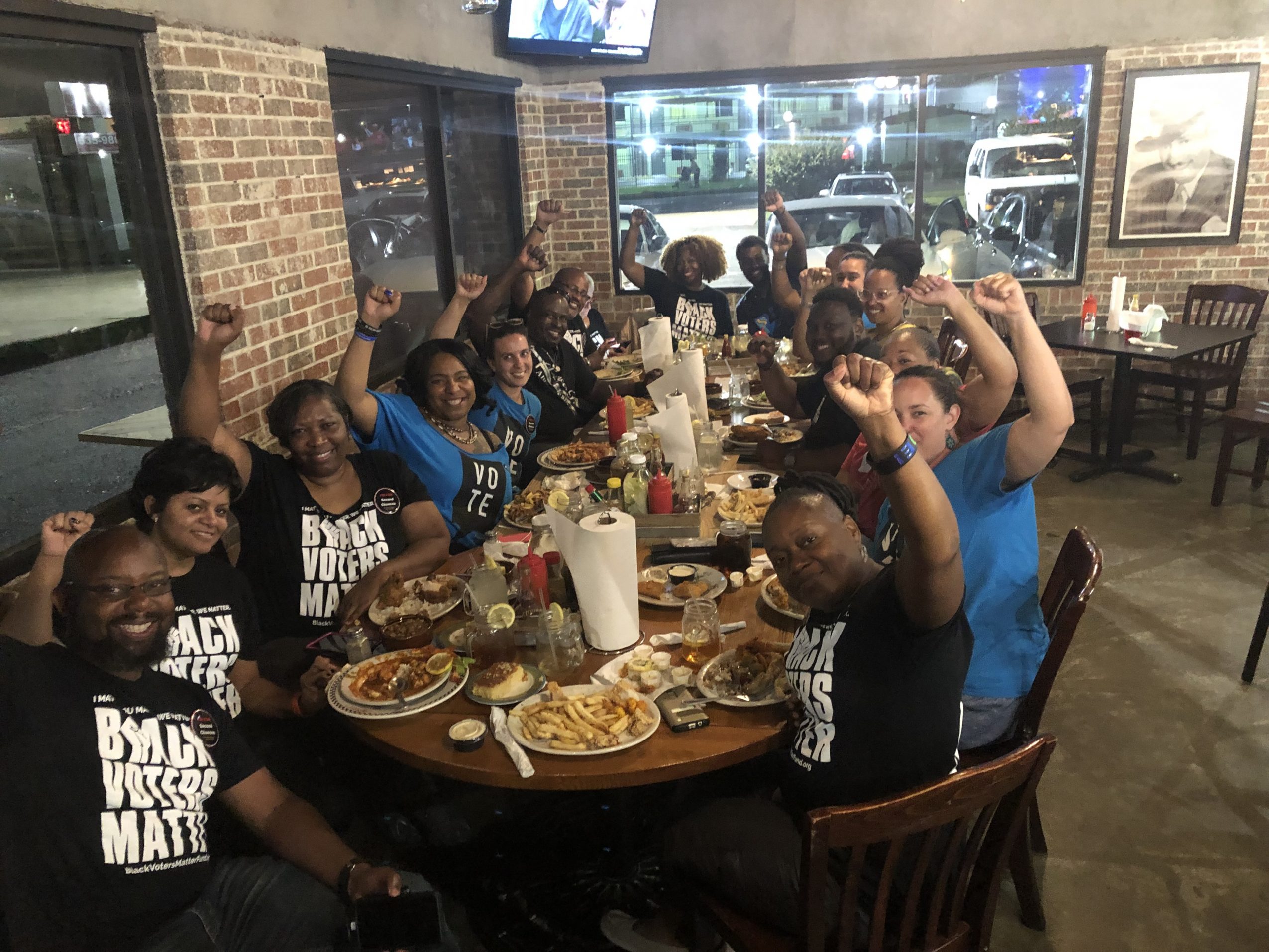 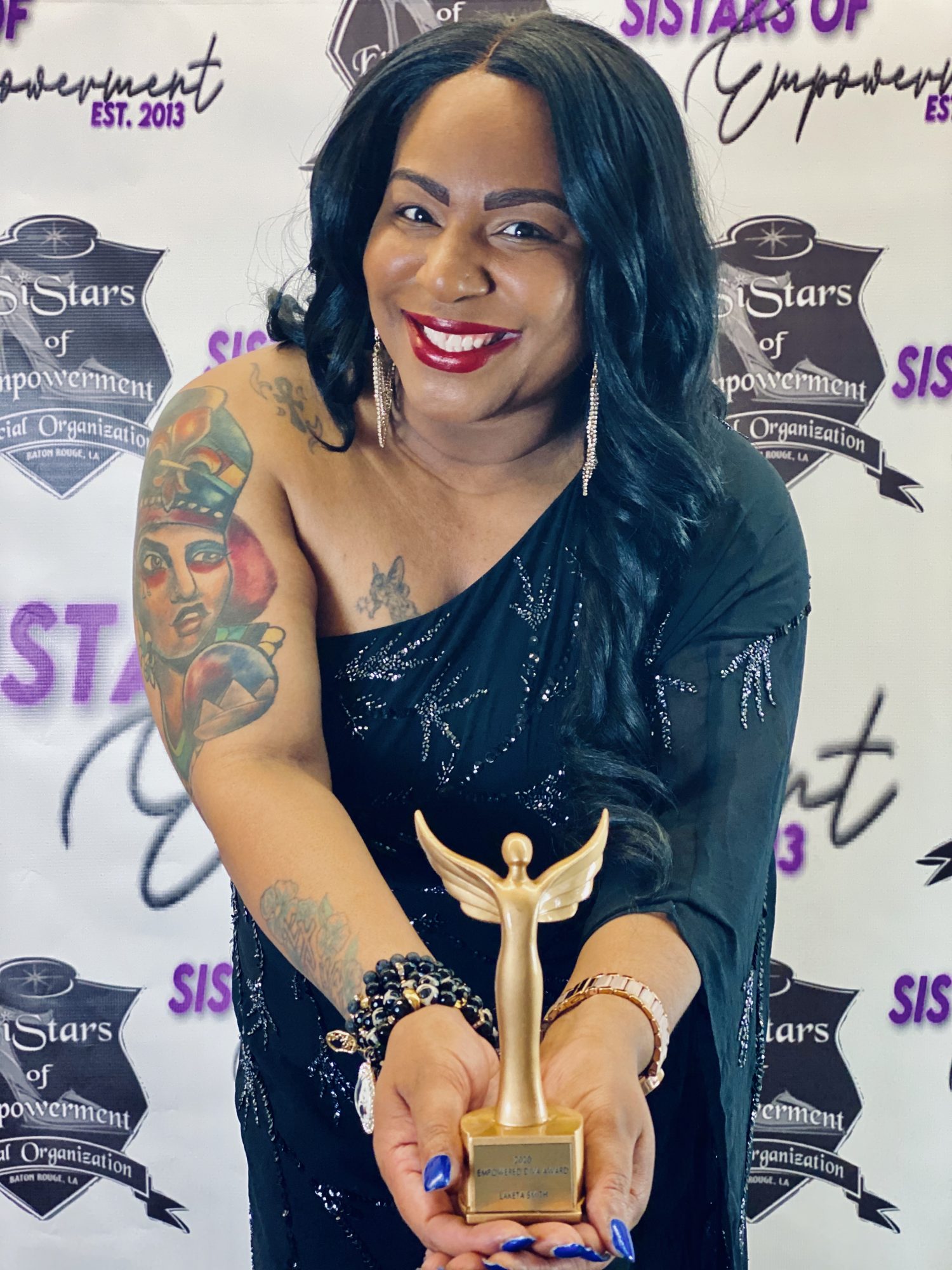 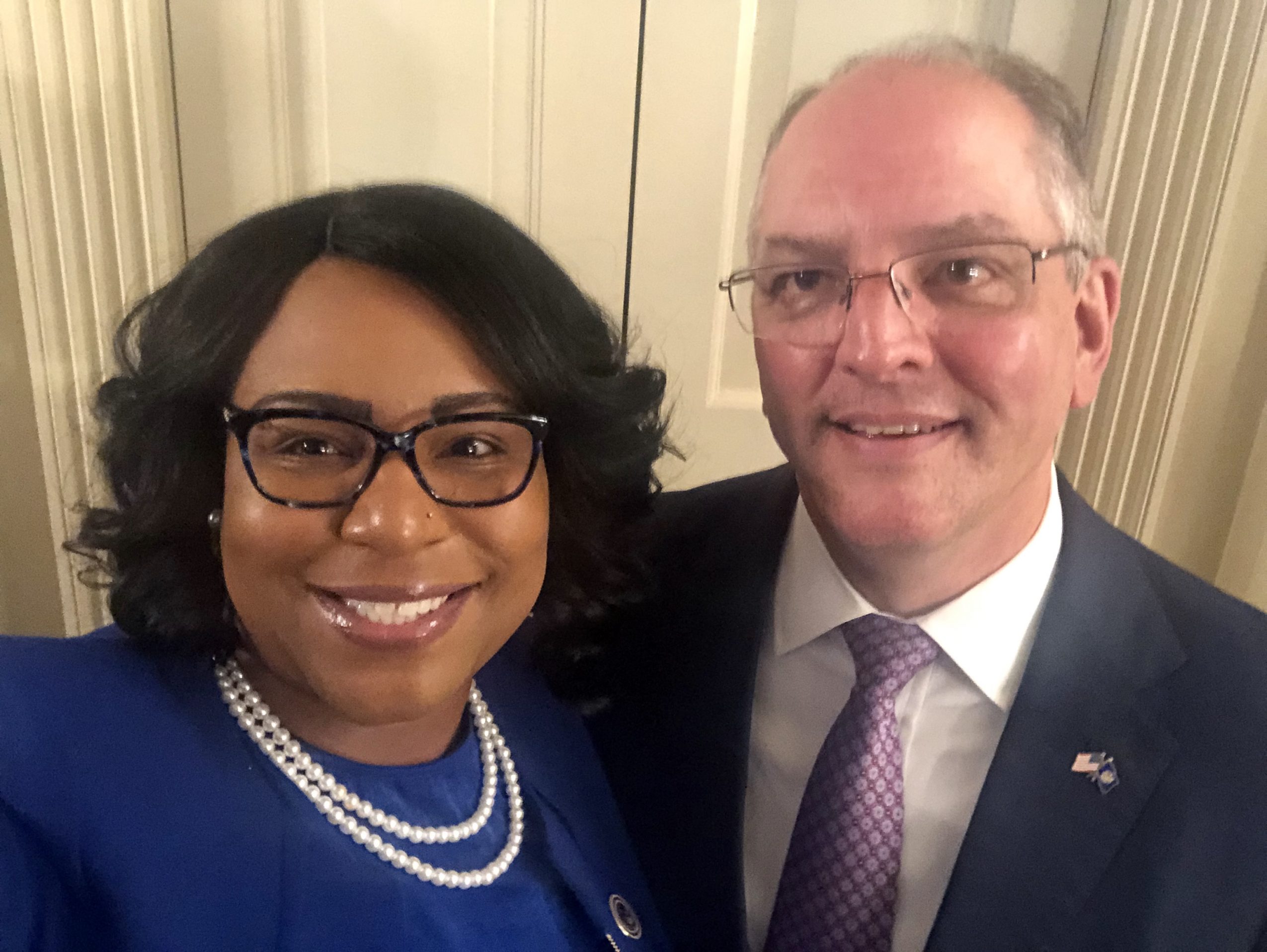 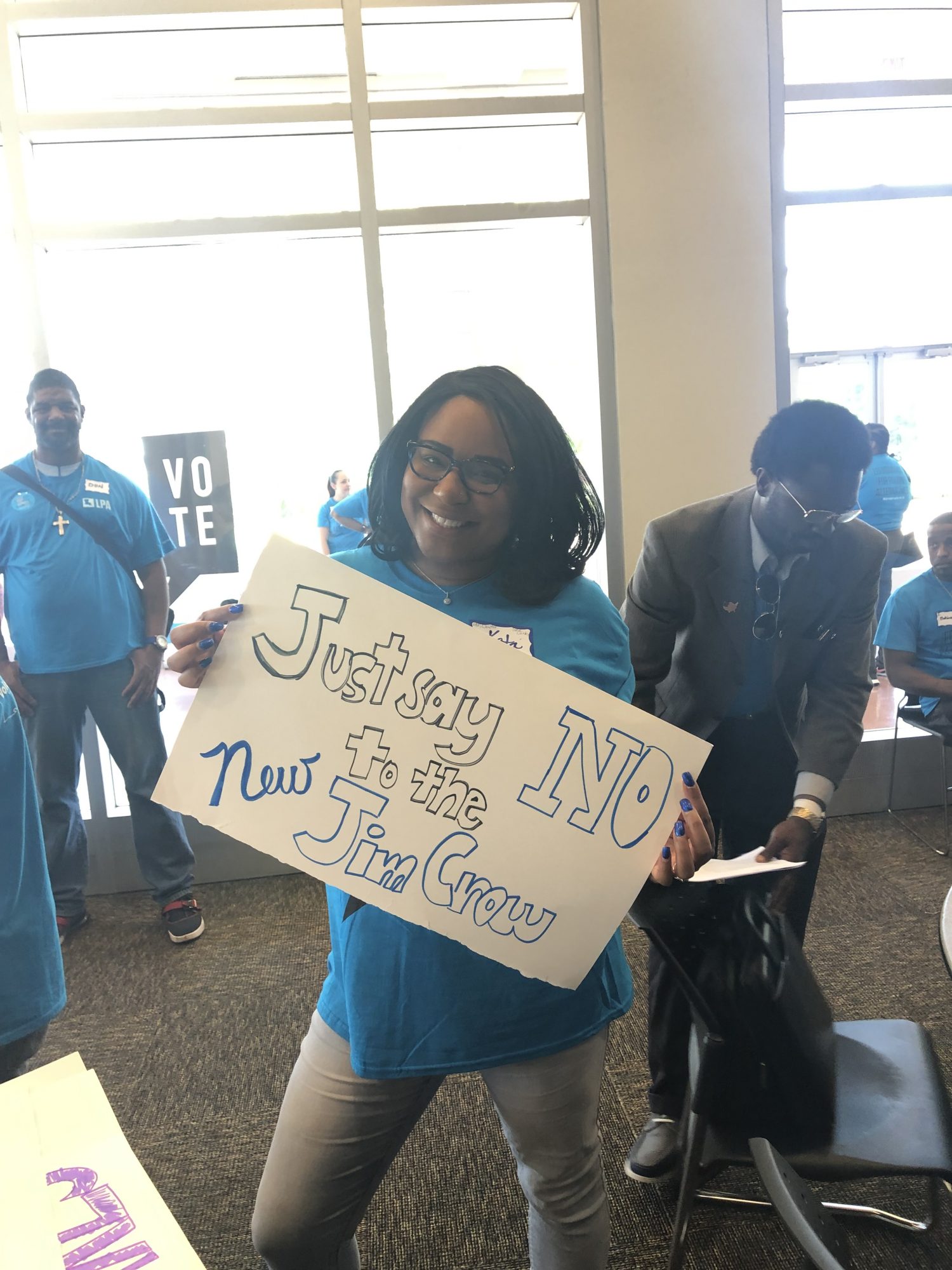