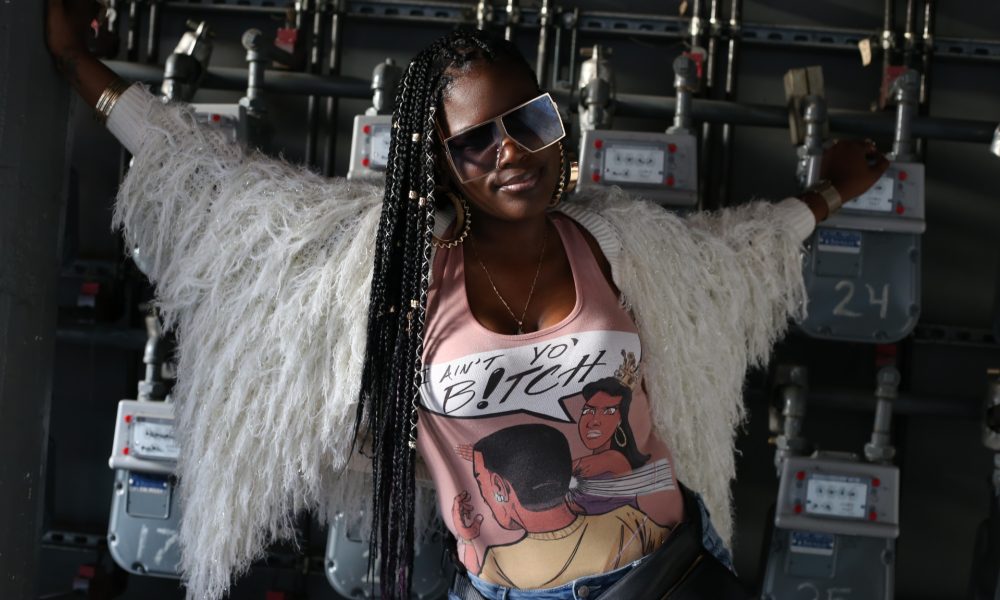 Today we’d like to introduce you to Lady Tee The Difference.

Lady Tee The Difference, please share your story with us. How did you get to where you are today?
I started off battle rapping…AGAINST GUYS. LOL

It was my favorite thing to do because it really showed skills, and you had to be witty with your words. Not only that, but you also had to be quick with your comebacks. With that said, I unknowingly started writing from a rebuttal perspective- and what I mean by that is- whenever I wrote, I was basically replying to something I heard or saw that I didn’t agree with.

One thing that I never agreed with was the way women were casually disrespected and taken advantage of in the music industry. So in addition to rapping, I decided to learn the business. That way, not only could I hold it down for us on the rapping side, but I would also be able to hold it down on the business side.

Luckily for me, my first major job was working at a major label OWNED by a woman. Believe it or not, just like many other successful business owners, she started the label in her garage, and it came to be one of the most successful labels ever, which she later sold to Sony. Ever since then, I’ve been soaking up the business from seasoned peers and C Level Execs.

Once I felt I had enough ingredients to the recipe, it was time to cook up! I took what I had, added a few of my own secret ingredients, and made it work.

I went on a mission to do something STRICTLY FOR MY WOMEN……and that’s exactly what I’m doing now.

My slogan is – “I do it for my get money women, and the ones in the trenches”…..and for all those that have been following my movement, I’m sure they can all agree.

Overall, has it been relatively smooth? If not, what were some of the struggles along the way?
Smooth road???? I never knew those things existed in the music industry. LOL, Especially not for women. It’s full of potholes, unexpected roadblocks, and everything else you can think of. I’m a rider though, and I know that the only way to reach your goals- is to keep going. So that’s what I continue to do.

Being a woman in a male-dominated music industry is already an ultimate struggle. Especially with me making the decision to keep my clothes on. For some reason, when it comes to hip hop, it seems as though the only marketing tool labels have for women, is to get naked….and I refuse to do it….so there’s that “roadblock”.

In addition to that, another one of my main struggles was feeling that I didn’t have enough resources to do things as big as I wanted to. Remember, I’m constantly in the midst of major label execs, major label artists, who all have major budgets. Me on the other, everything I do comes from whatever I independently piece together….so there’s that “pothole”. Instead of giving up however, I simply decided to keep rolling with what I had….and believe it or not, that’s when I got even more creative and made magic happen.

This is when I became even more proud of myself. It showed me that the independent grinders are the true warriors. We’re able to DO THE MOST WITH LESS….and not everyone can say that.

Please tell us about Strictly For My Women.
My company is called STRICTLY FOR MY WOMEN, and that’s also the name of my Independent Album.

STRICTLY FOR MY WOMEN (both the company and album) is aimed to motivate, inspire, and uplift women.

Every song on this album was carefully created to remind women of their worth.

For example, my song “In My Own Lane” lets the listeners know that it’s okay to be in your own lane. You don’t have to be like anyone else.

“I Aint Yo B!tch” – is just that. Regardless of the over glorified acceptance of the word, I ain’t yo b*tch. Address me with respect, or don’t address me at all.

“Match Up” – Talks about being an independent woman who can match whatever her partner brings to the table.

“Keep Going” – Motivates the listener to keep going and never give up.

Not only did I want to remind women of their worth, but I also wanted to include as many women as possible on this project. Whether it was being on the actual album, behind the scenes for photography/videography, craft services, and catering, makeup, to being in the videos, I just wanted to make sure women were represented and seen.

As far as my company goes, I like to describe it as an “indie” company with “major” connects that helps to connect the dots for talented women and make a difference.

One thing that’s so different about my company is, although we’re in such a competitive industry, we’re seriously not competing with each other. Instead, we’re cheering for one another to be the best. We’re really uplifting and rooting for each other. Another thing that’s pretty special is, we all realize that we’re not rich (yet). So a lot of our work is barter work…..and we REALLY make it happen!

If you had to go back in time and start over, would you have done anything differently?
If I had to start over, the only thing I would do different is – start sooner.

For me, I was “patiently waiting” to get what I needed, to be able to do what I wanted to do.

All along, I didn’t need to wait. I needed to START….and once I started, that’s when everything I needed began to come to me. 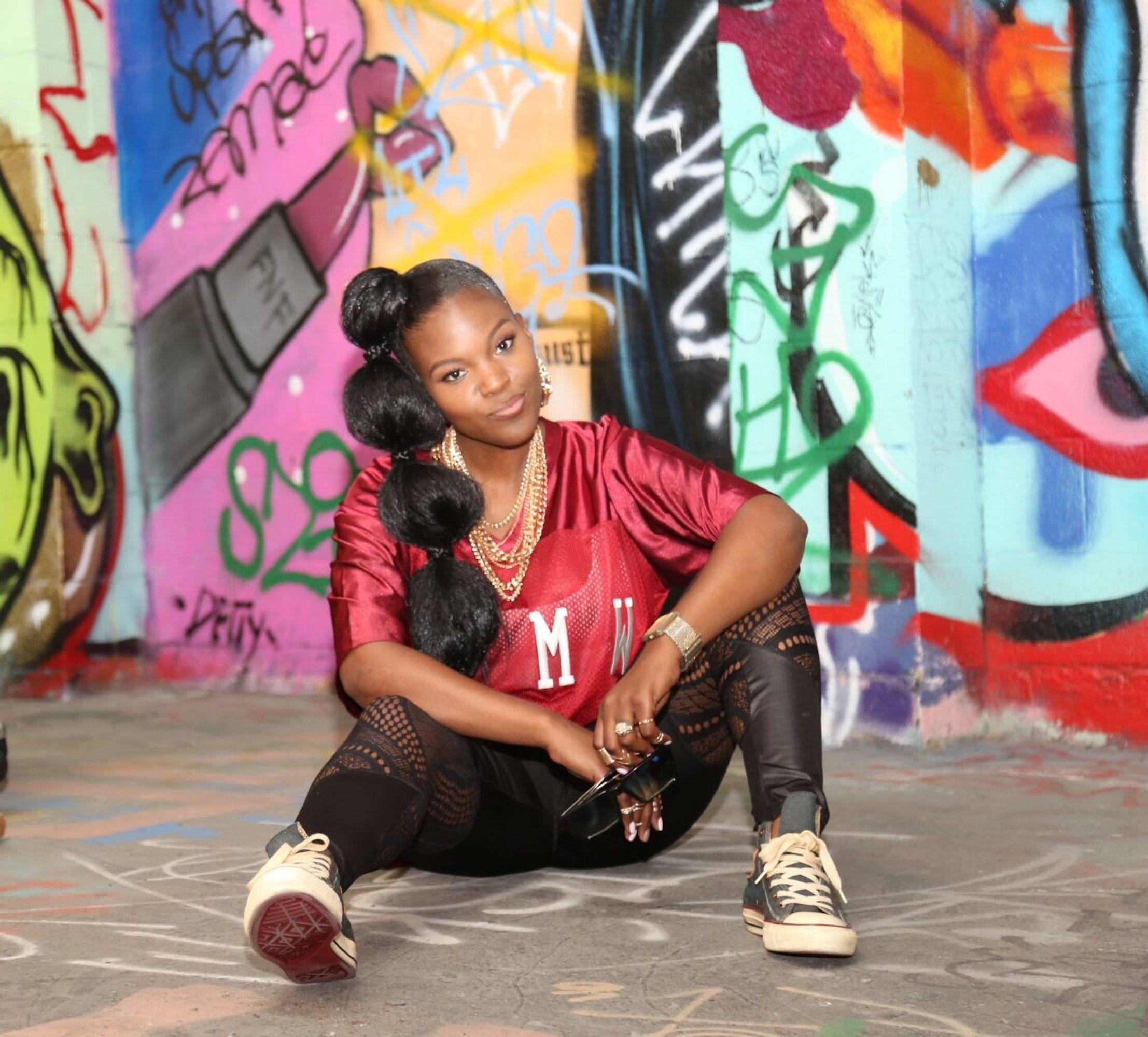 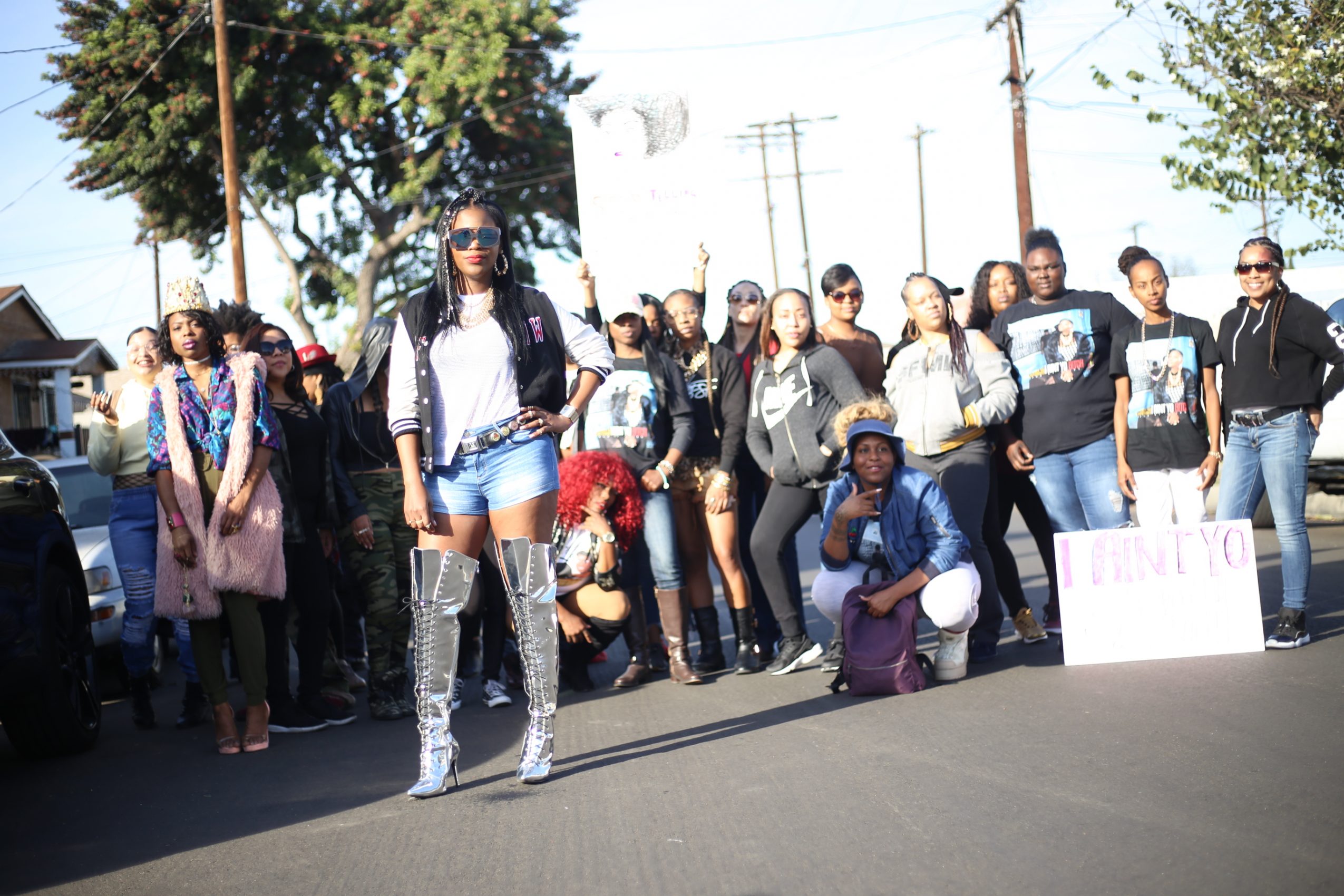 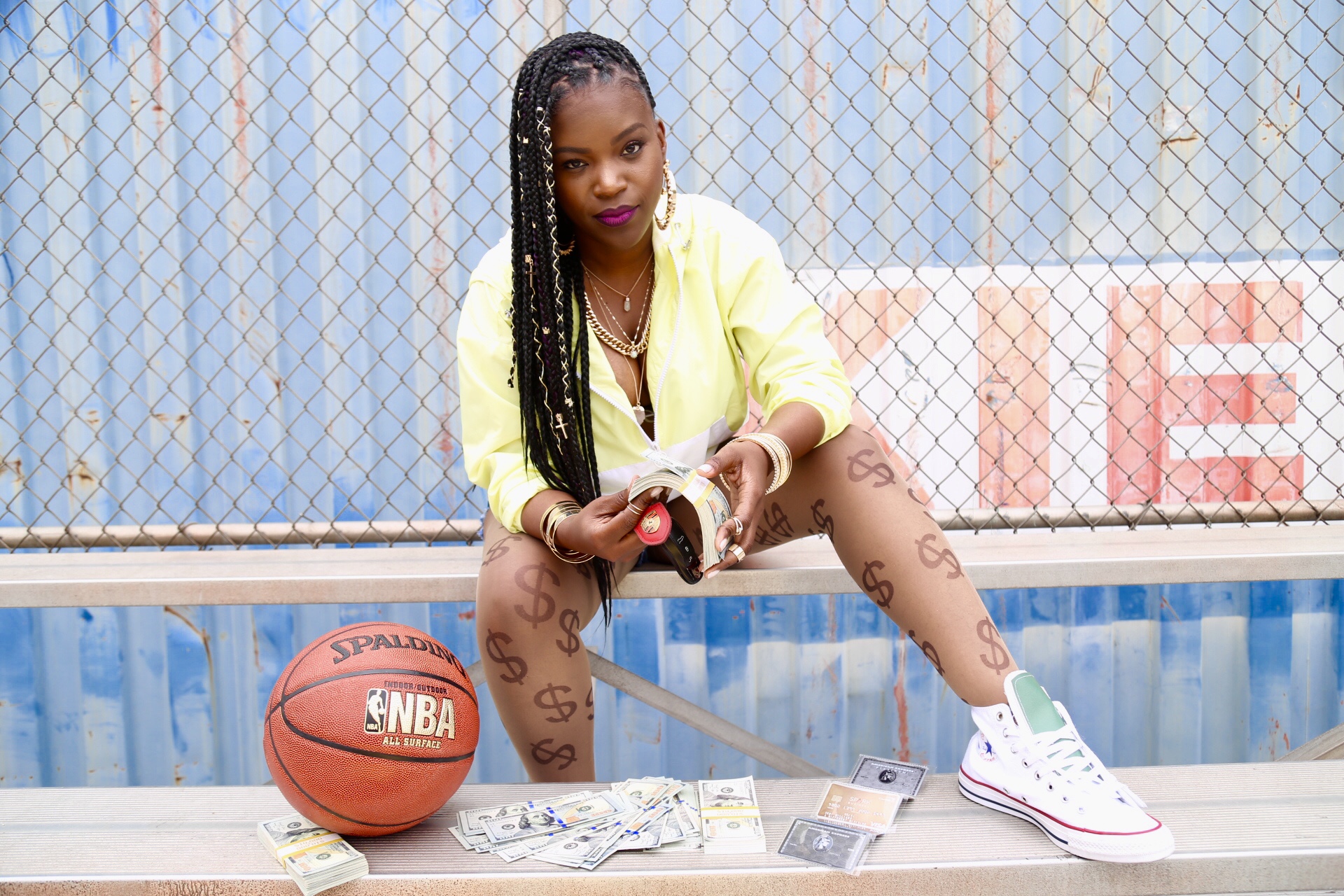 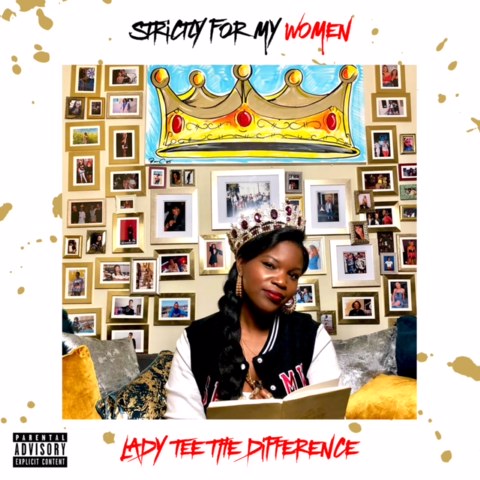 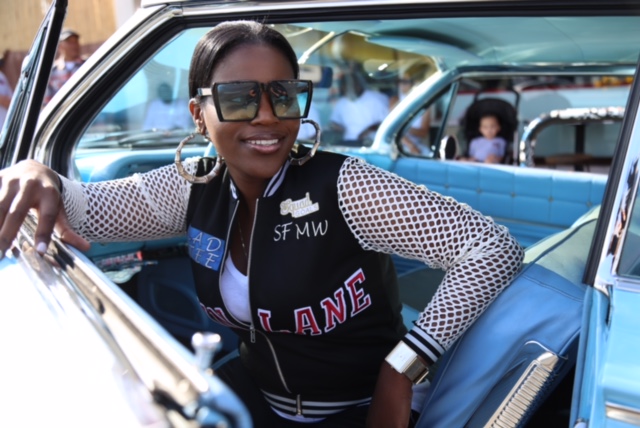 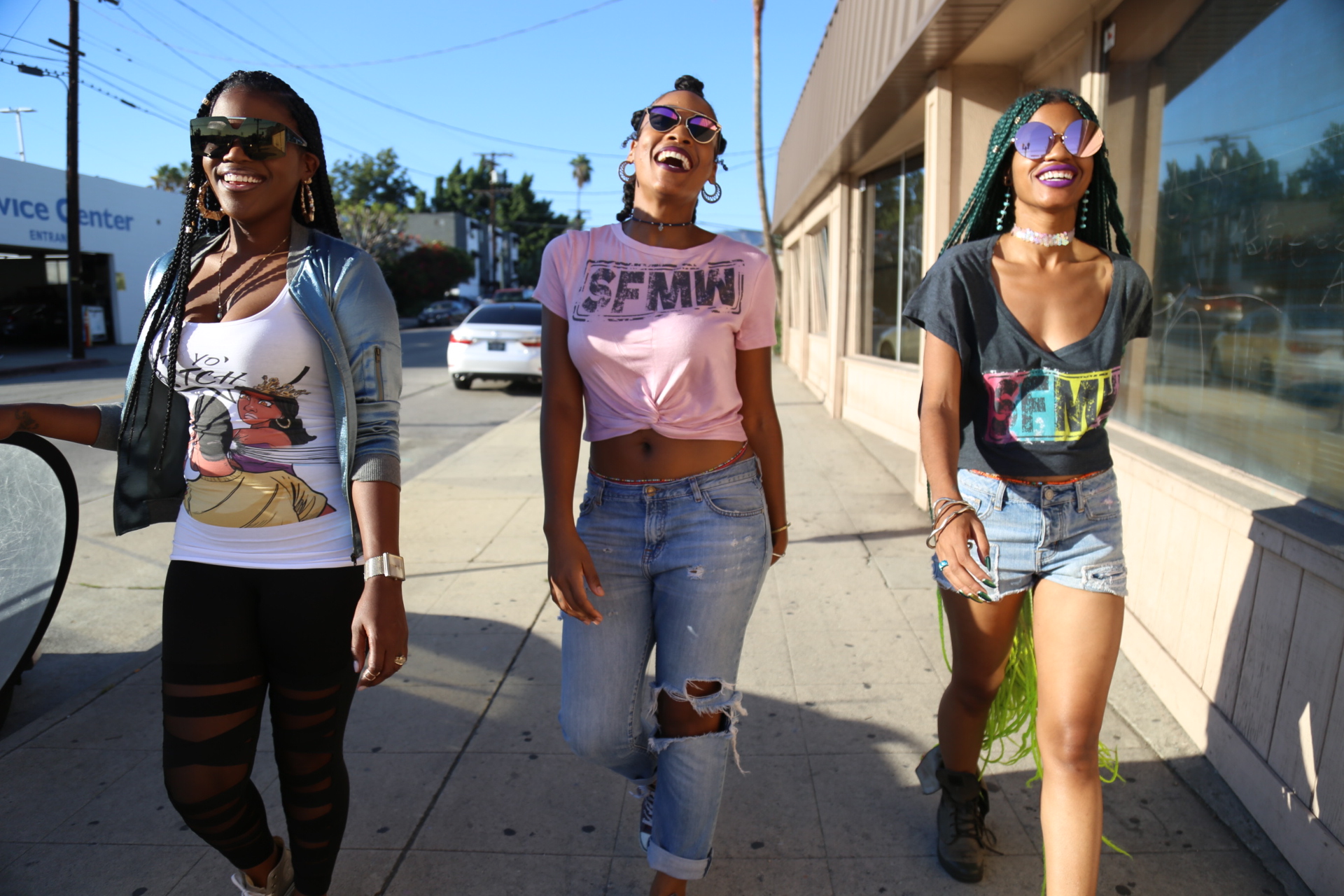 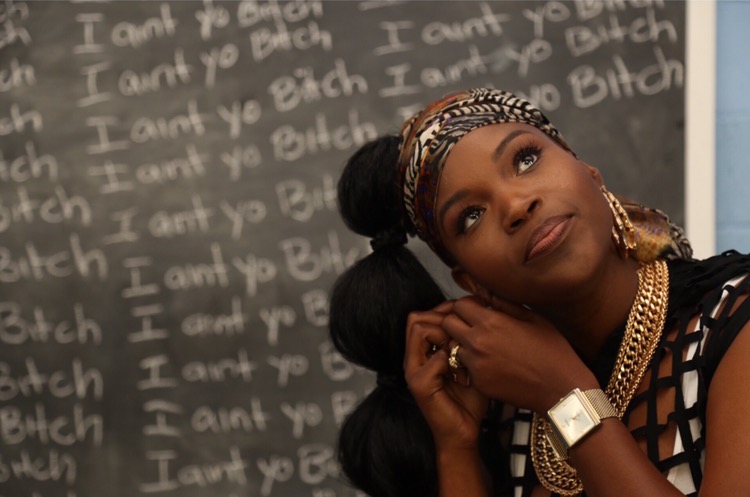