Meet Kylae Jordan of Press On Products in Arts District 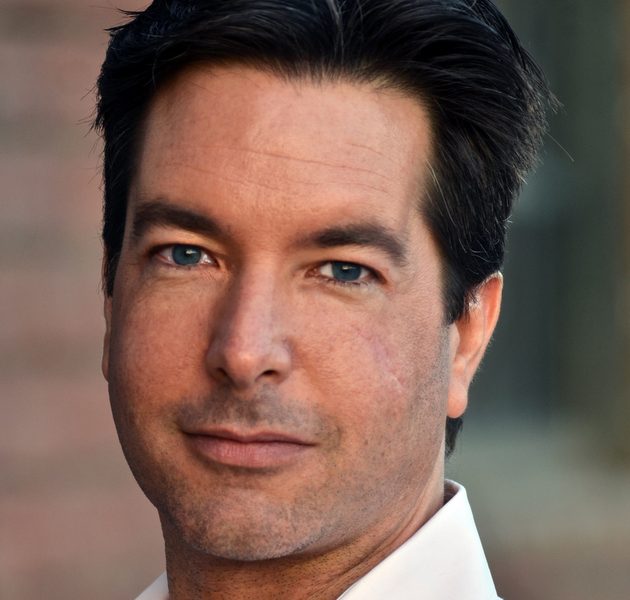 Today we’d like to introduce you to Kylae Jordan.

Kylae, please share your story with us. How did you get to where you are today?
To make a new remote control for any device is complicated. I’ve been in the online business as a re-seller of remotes and other wares for fifteen years. There have been many ups and downs as the landscape has certainly changed. Two years ago I took on the challenge of creating a remote control for the jukebox and amusement industry. I’d been looking into creating a remote control of my own for some time now and the moment and opportunity presented itself, albeit not in an industry I was completely familiar with.

To say this is has been a herculean effort to launch a new jukebox remote compatible with TouchTunes® would not be an understatement. I successfully manufactured an AMI® compatible jukebox remote and brought it to the 2015 AMOA (Amusement & Music Operators Association) tradeshow. No one cared. Seriously, it was a deflating experience. The only thing people asked me was, “Do you have the TouchTunes remote?” Begrudgingly the only reply I could give was, “Not yet. I’m working diligently on it.” You see, Touchtunes was and is the 800 pound gorilla in the jukebox and amusement industry and I was attempting to make an aftermarket remote better than theirs. The work was frustrating and slow and I found myself blindly sending PCB test board samples back and forth overseas to no avail. To make an RF (radio frequency) remote was much harder to create from scratch than the easier IR (infra-red) AMI® remote created a year prior.

I started designing the TouchTunes remote before the AMI. The creation of our T1 jukebox remote took twice as long, cost four times as much, and sent me overseas to meet with manufacturers to hammer out the problems that were truly daunting. How could an RF remote be so much more complicated than an IR remote? Discovering the answer was not as mysterious as discovering the right questions to ask. I’ve seen hundreds of aftermarket remotes for the garage door opener industry where I started fifteen years ago and the TouchTunes remote seemed to function in a similar way in the RF frequency world that is. So what gives? Cost? Design? Engineering? No… not exactly. This is the moment when I thought, “Why didn’t I just make a garage door opener remote, it’s got to be easier than this, right?”

To my chagrin and frustration you cannot just copy a remote; manufacturing does not work that way. For a dizzying array of reasons previously unbeknownst to me I discovered you have to build your product from scratch and troubleshoot repeatedly until there are zero problems remaining. After a year of headaches and troubleshooting the sweet taste of victory and bragging rights were all I could focus on. “If you want to attempt the extraordinary you’ve got to master the ordinary,” my best friend Brian Tanner used to tell me that. He was clearly a unique individual and had a knack for the one-liners and solving complex multi variable problems.

Through a multitude of delays and trial and errors, I remained unphased and focused on bringing to fruition this RF remote. Perhaps just for the sake of finishing something so hard that would be a victory in and of itself. As the final months went by I could see the fruits of my labor began to take shape. At long last, a finished working prototype just in time for the 2016 AMOA show. Now to put a worthy name to this endeavor. There certainly was a lot of struggle just to make the tiniest notion of forward progress. Desire and will to press on even when it doesn’t look like anything is happening. There it was, clear as day. I laughed out loud. Press On Products. Very clever I thought, to infuse a dual meaning to press the “on” button, and to “press on” despite life’s challenges and adversities we all face. A noble name for a noble victory indeed.

How do you think the industry will change over the next decade?
The industry of manufacturing is very strong and relevant. The particular industry I am making remotes for however is diminishing as the amusement industry is constantly shrinking due to mobile platforms and gaming consoles. As I am unaffected by the industry as a whole, I have great concern and pause for the social aspect of the Z generation. Their propensity for solipsism and snapping a photo of something and not really participating in the moment gets at the heart of the amusement industry and FECS “Family Entertainment Centers.” They won’t have the same social opportunities of gaming and relationships that take place at these centers. Thus the industry is shrinking as every new generation seems less connected socially. Video games and jukeboxes and FEC’s provide the opportunity for social norms.