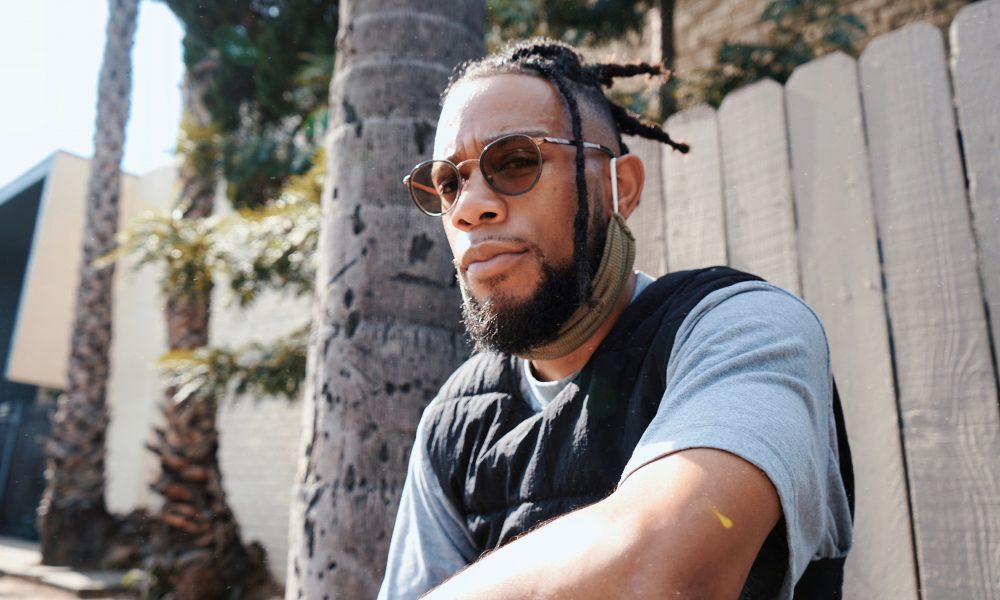 Today we’d like to introduce you to KNoX Jae Breez.

KNoX, let’s start with your story. We’d love to hear how you got started and how the journey has been so far.
I was born in Charlotte, NC but raised as a military child traveling through places like Mannheim Germany, San Antonio Texas, Fairbanks Alaska and etc. I traveled continuously until I reached the age of 13 when my mother decided to settle in Fayetteville, NC, she was my biggest inspiration as a child. I remember going to music studios with her, watching her perform live, singing in the choir, and randomly doing handstands in front of guest. Whether it was dancing, singing, or music she opened my eyes from the start. Since the age of 6, I spent a great deal of time listening to the radio, mixtapes, watching music videos, live award performances and movies. I wanted to be surrounded by all kinds of music, cinematography and clothing styles. I loved to be inspired by these tools as they seemed different and unique. As I got older, I realized I wanted to live out a lifestyle where I could incorporate these arts into my daily routine.

When I was 13 dreamt of being a producer. I illegally downloaded FL studios to my mom’s computer and it ended up crashing a year later. From that point on, I would dance outside. I thought I was great until I met my cousin who was easily one of the best freestylers I had seen at the time. His innovation allows me to explore and approach creativity in dance on deeper level. At 19, I move to Baltimore where I met originators who encouraged me to dive further into the street culture. I was exposed to graffiti artists, Djs, world-renowned Bboys, funk music/styles, a popping crew I would later join called the ‘Regulators’ and a dance team I co-directed called ‘Major Definition’. Between Major Def and Regulators, I learnt how much street dance meant to me. Baltimore is what shaped my perception of hiphop culture today. At the age of 22, I decided to move to California to study my dance more intensely.

Living in Los Angeles is very interesting. In the past, I tried to focus on dance as a career but often found myself distracted by other elements. While dance remained to be a driving force, I decided to venture out into multiple forms of self-expression. I reignited old passions and fell in love with photography, cinematography, producing music and clothing again.

Has it been a smooth road?
My journey was far from smooth. I had my share of harsh moments in LA. Hardships with losing close friends or loved ones. Insecurities with not being great enough. Battles with my inner demons. Sleeping on trains and buses for months. Family members dying. I’ve dealt with it all but I can say the things that keep me going were meditation, just the small moments where someone I never knew told me I inspired them, doing this for my mother, and also myself because I feel that I didn’t go through all that to just quit. I owe it to myself to continue to grow in my craft and be the best version of myself I can be.

Please tell us about Blaq N Cozy/ The Pakage.
I run a film production company with three other business partners called The Pakage. The goal of this company is to provide everything in film production for a client, or to be “the whole package”. We are currently working on other aspects to deliver to our consumers but the main service we provide for now is film, photography and editing. Also, I own a separate business called Blaq N Cozy. To me, my business is a reflection of my past life in Baltimore. I’m bringing street culture and raw hiphop lifestyle into the clothing, music, and videography. The clothing captures a mixture of old school boom bap vibes with a slight twist of an oversize look to the apparel. My videos are filled with stop motion footage, stills, slow motion moments, and are overlaid with my favorite underground artist that creates that East Coast inner city sound. My music is a representation of both new school and older hiphop combine with 70’s-to modern day samples, 808’s, and chords from digital synthesizers.

How do you think the industry will change over the next decade?
In the future, my partners and I will still continuing what we do now, just on a larger scale. We’ll be doing film/production, photography and music videos for bigger names. I’ll be performing beats I produced live for shows. My clothing line for Blaq N Cozy coming together. And last but not least, still approaching dance but more out of love. 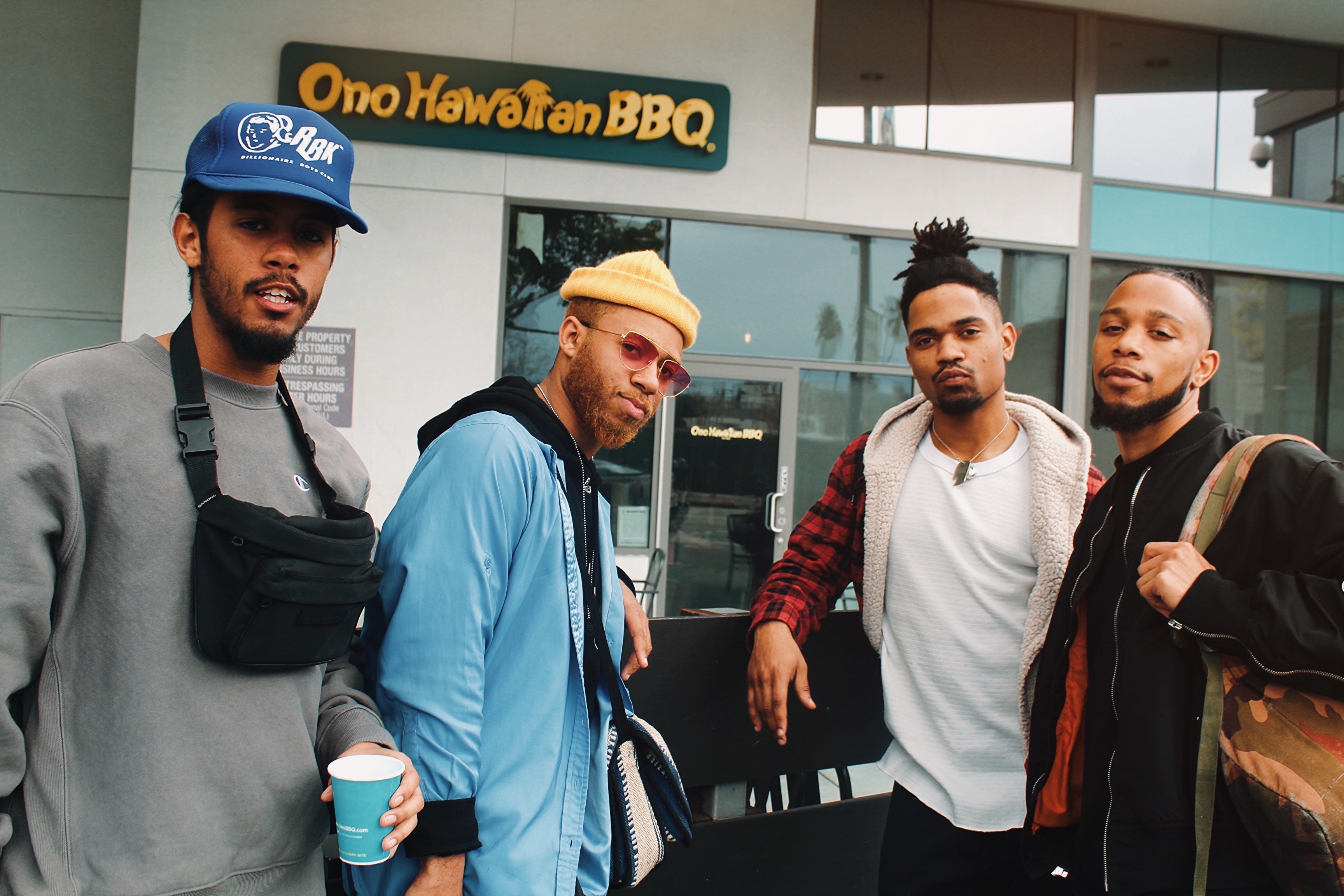 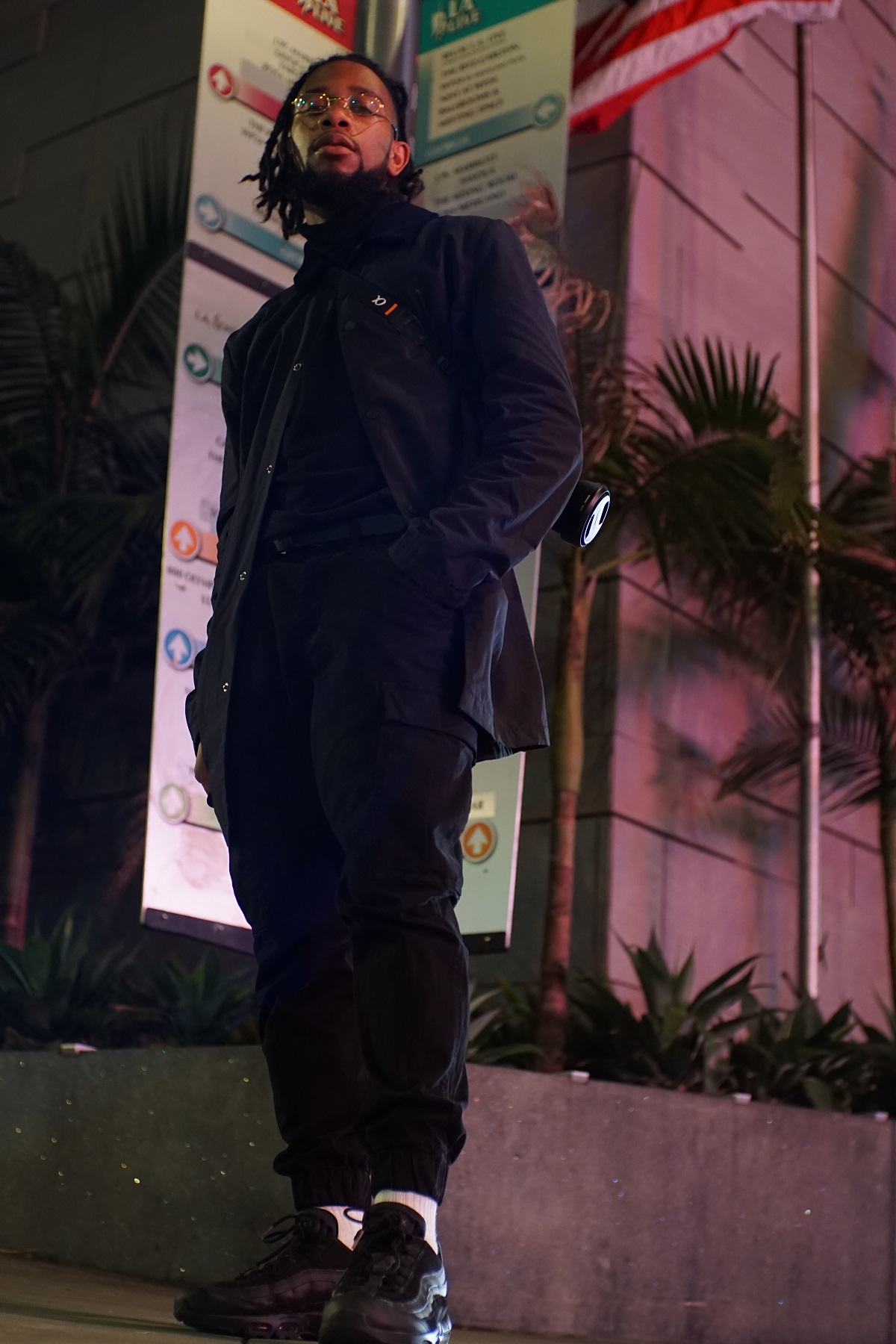 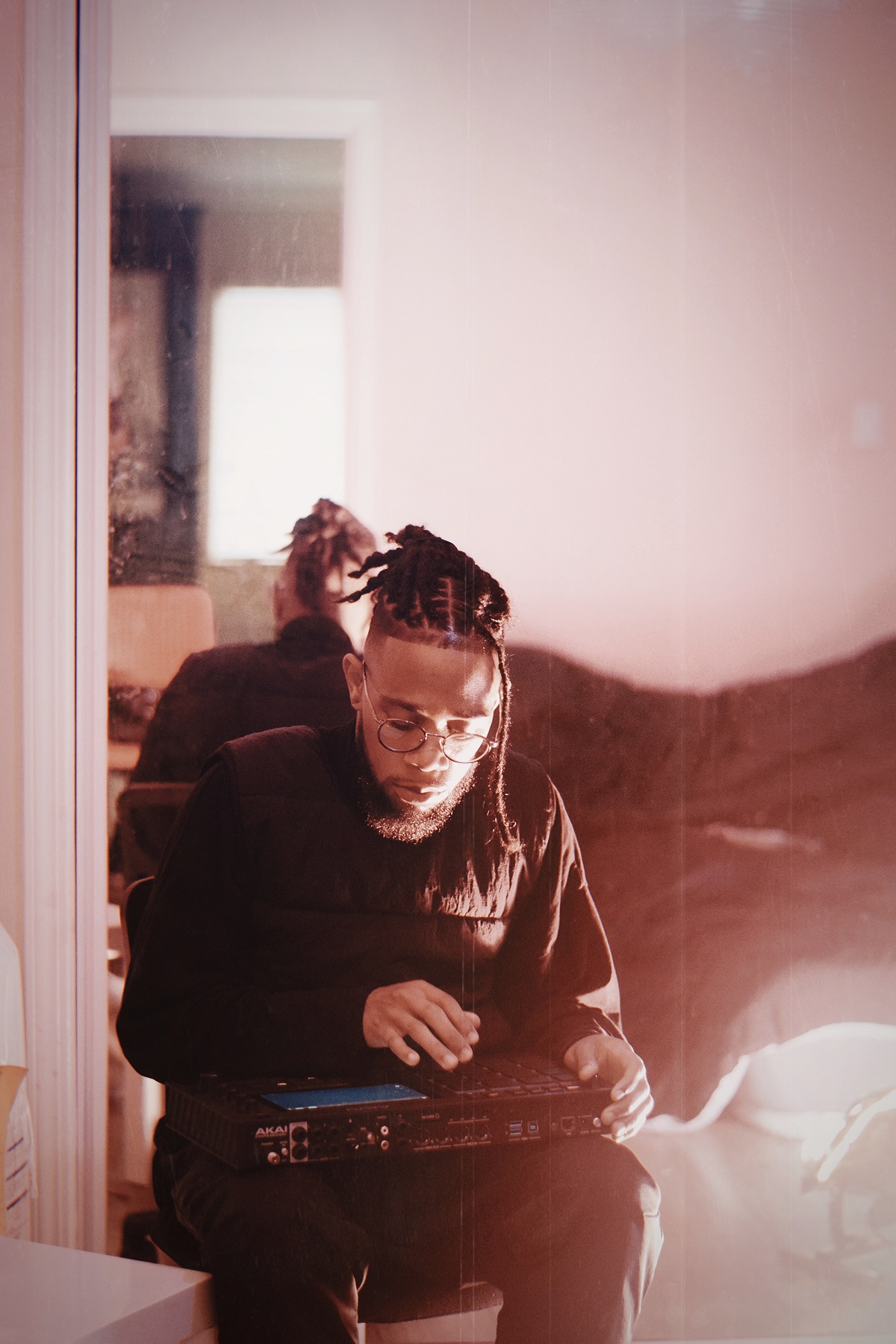 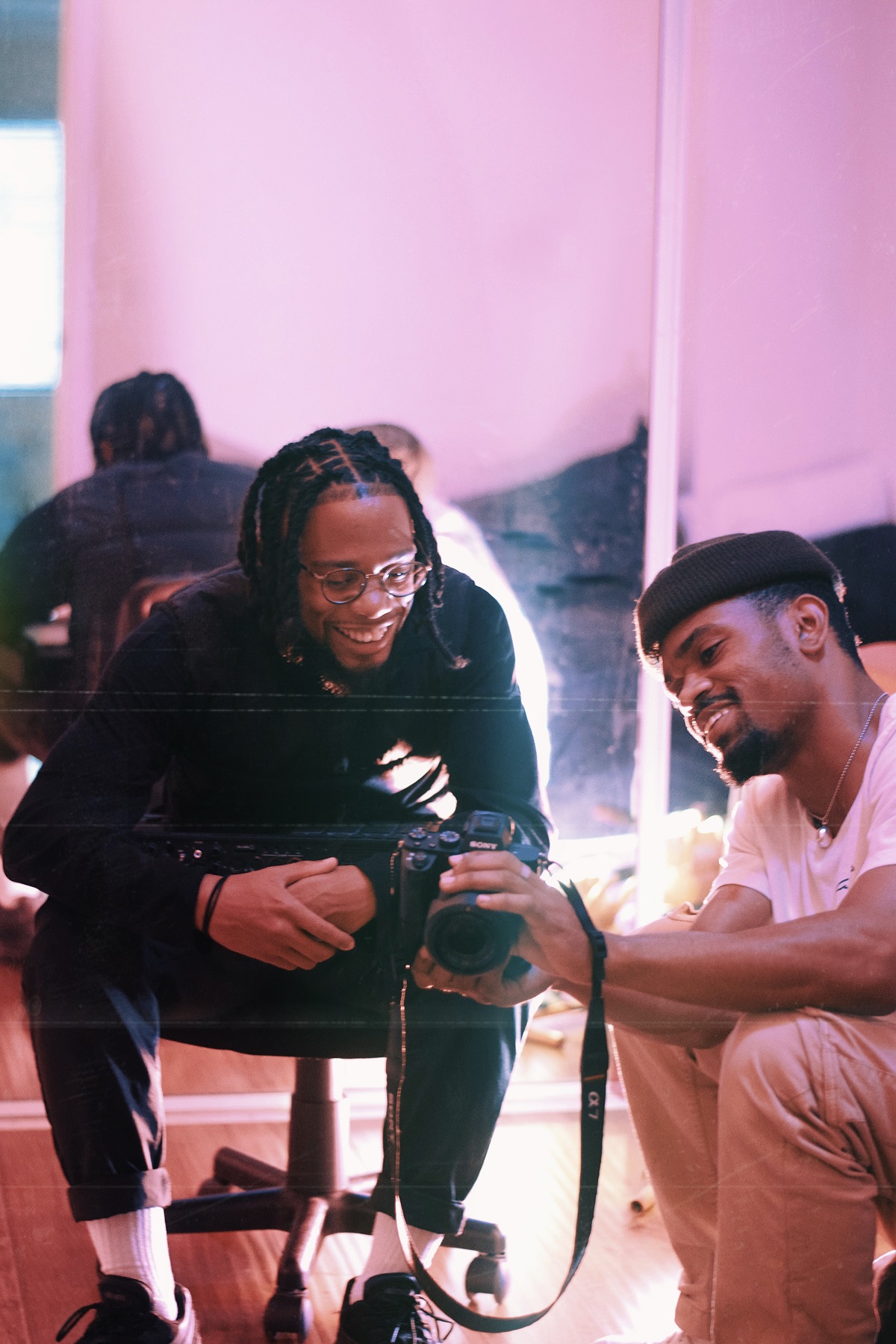