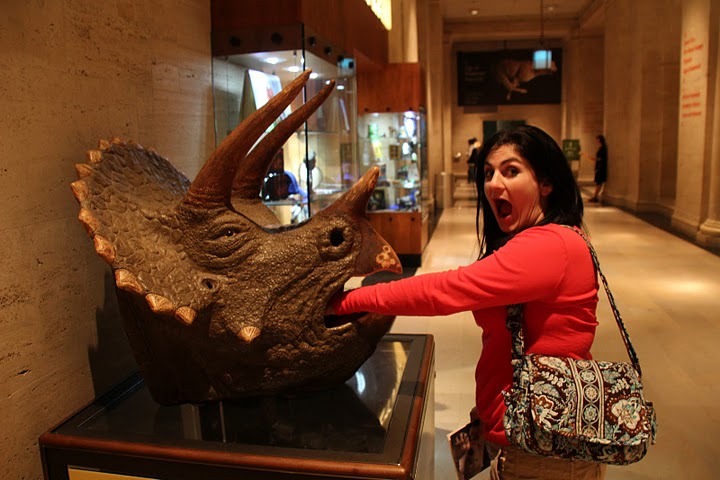 Today we’d like to introduce you to Kimber Grobman.

Thanks for sharing your story with us Kimber. So, let’s start at the beginning and we can move on from there.
I’ve always been an Artist. I graduated from the Rhode Island School of Design with a BFA in illustration. After school, I stayed in RI and waited tables for a few years. Which is how I met a friend who worked for Hasbro Toys. She loved my work and help me get an interview at the company. Over the course of a year I worked in 2 departments and really fell in love with working in the model shop. I would paint prototypes for the GI Joe line, Mr. Potato Head, Littlest Pet Shop and more.

Working there gave me a rare opportunity to meet my favorite actor, Seth Green. Once again with help from my friend, Patti, she arranged a tour to the animation house where Robot Chicken was made (at the time) and I got to meet Seth while visiting another friend in LA. It was the most amazing feeling to see all the work and detail that went into the show. Since I had been painting prototypes, I had an even bigger appreciation to see everything in person. After seeing the studio and talking to Seth, I set myself on a course to move to LA. Within the first 6 months of being in California, I landed an internship on the show and then within 1 month of interning, was offered a new position on the show. I was the first credited Graphic Artist, on season 4 of Robot Chicken. It was such an honor and felt like the biggest accomplishment of my life next to graduating from RISD, that season the show won a Primetime Emmy Award for Outstanding Short Format Animated Show and everyone on the crew was honored with a certificate from Academy of Television Arts & Sciences. It was fantastic and overwhelming for me. I never thought I would be working on a TV show that I loved, let alone be presented with such an honor.

After season 4 ended, we took a long hiatus, while another show was being filmed in the same animation house. In the meantime, I found a full-time job as a Sign Artist at Trader Joe’s in Sherman Oaks, where I found a love for lettering. Which I was terrible at back then. I worked constantly though, and just kept getting better.

So I stuck with it and started freelancing on the side. I would do everything from illustrations for the average person all the way to working as an artist on set of over a dozen commercials. I even branched out and applied for a caricaturist job at Disneyland for the holiday season one year. Eventually I even started picking up regular side work at restaurants around the Valley as well as several Lululemon locations. Currently I still have clients all over the country, but I have moved back to the East Coast, where I am a freelancer by day and a Painting With A Twist instructor by night. I currently still submit art for some of the Creature Feature Art shows in Burbank, and have also been working on several children’s book with local authors that are due out in 2018.

We’re always bombarded by how great it is to pursue your passion, etc – but we’ve spoken with enough people to know that it’s not always easy. Overall, would you say things have been easy for you?
I’ve been very lucky, but over the course of the 13 years since graduating from RISD there were times when I felt like I was stagnant, or things weren’t moving fast enough for me. After my time on Robot Chicken I remember wondering if I really wanted to work on TV as my career move. I tried a few times to get on different shows. I took a storyboard test for the Disney Show Pickle and Peanut, but sadly didn’t get the job, Even more depressing for me was before Rick and Morty had even premiered I took a character design test and a prop design test. I was sure I nailed it, but alas again, I didn’t get the job and my ego took a bit of a blow. On the plus side, all those no’s made me work harder and really access what I wanted to do. I went to school for Illustration not animation, so I decided to really put everything into focusing on honing my craft. Even working at Trader Joe’s consistently for 8 years I would think, “jeez, I’m working in a grocery store, how is this an accomplishment?” What I came to realize was, Trader Joe’s for me was a huge learning experience for me, it gave me skills that I didn’t even know I needed. I really thankful for my time there and honestly, it’s a great company for anyone to work for.

So let’s switch gears a bit and go into the Kimberland Art story. Tell us more about the business.
I’m kinda a “Jill” of all Trades. I do just about anything, between my illustrations, Hand Painted Nesting Doll sets, sign art and now I’m even hand lettering ornaments there is never a dull moment and I always have an exciting art project on my art table. Most people will know me for my sign art because I have a very colorful palette that I use all the time. I really love color! I feel like people would also know me for my pop culture Nesting Doll sets as well, they are not something people typically see. I think being able to be a versatile artist really makes me stand out in a crowd. I definitely have a style that people recognize no matter what they medium. Honestly, I’m really proud of my craftsmanship and how far I’ve come, I keep trying new things to expand my creativity and push my limits. I always want to give someone a unique piece, something they will truly love.

Has luck played a meaningful role in your life and business?
I would say I’ve been super lucky. Being in the right place at the right time, meeting the people I’ve met that really put me on my path. 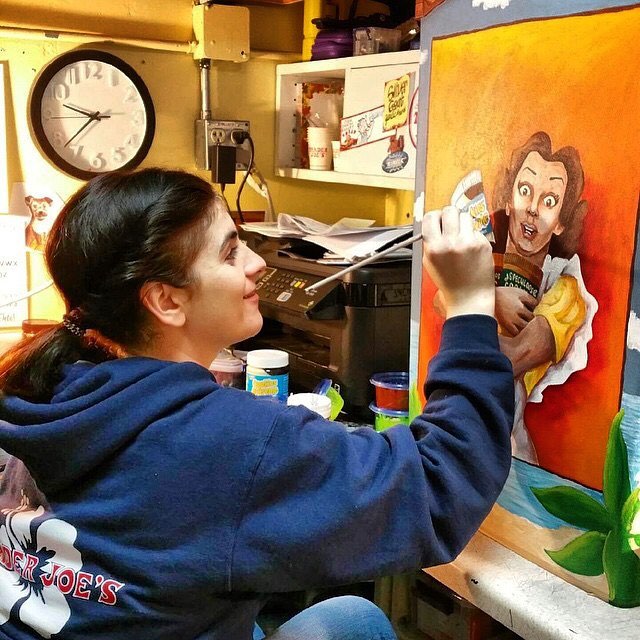 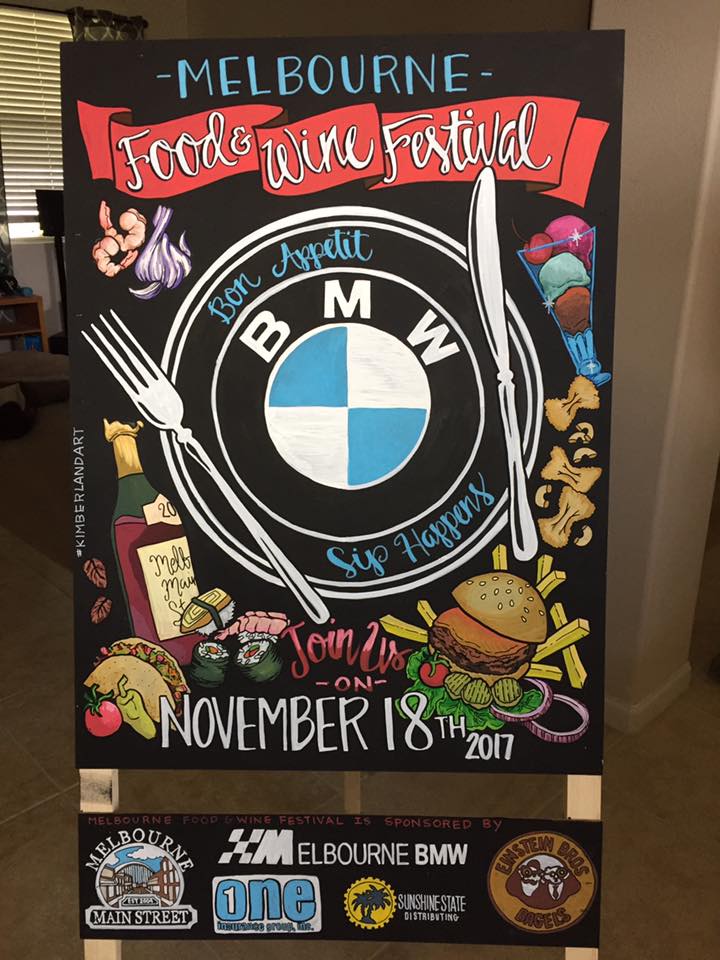 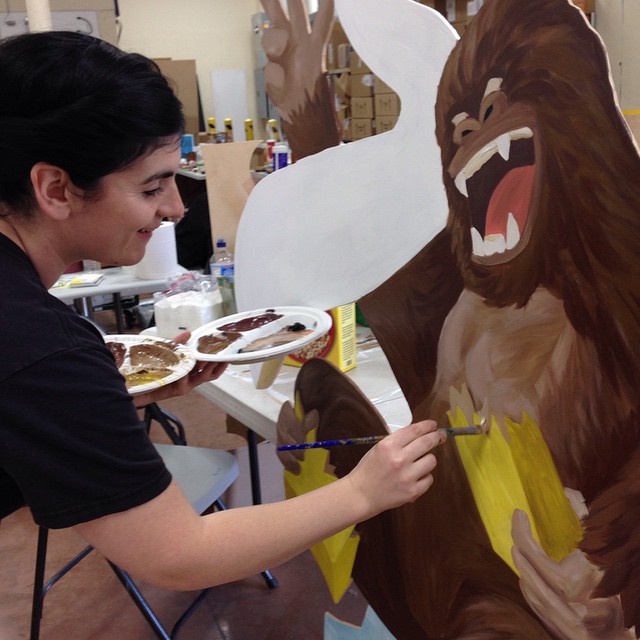 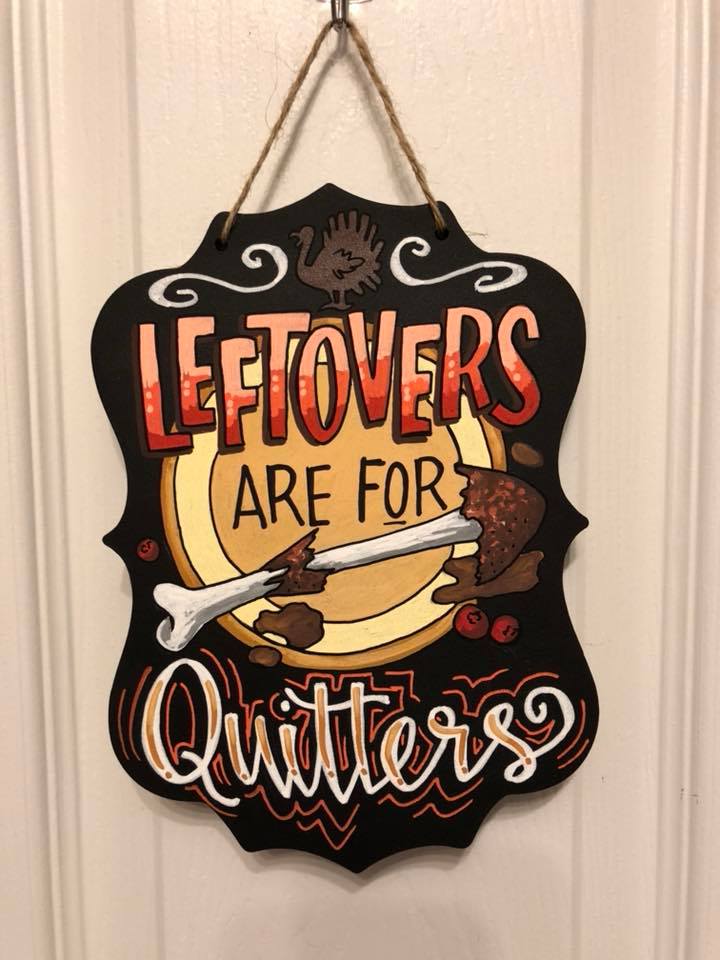 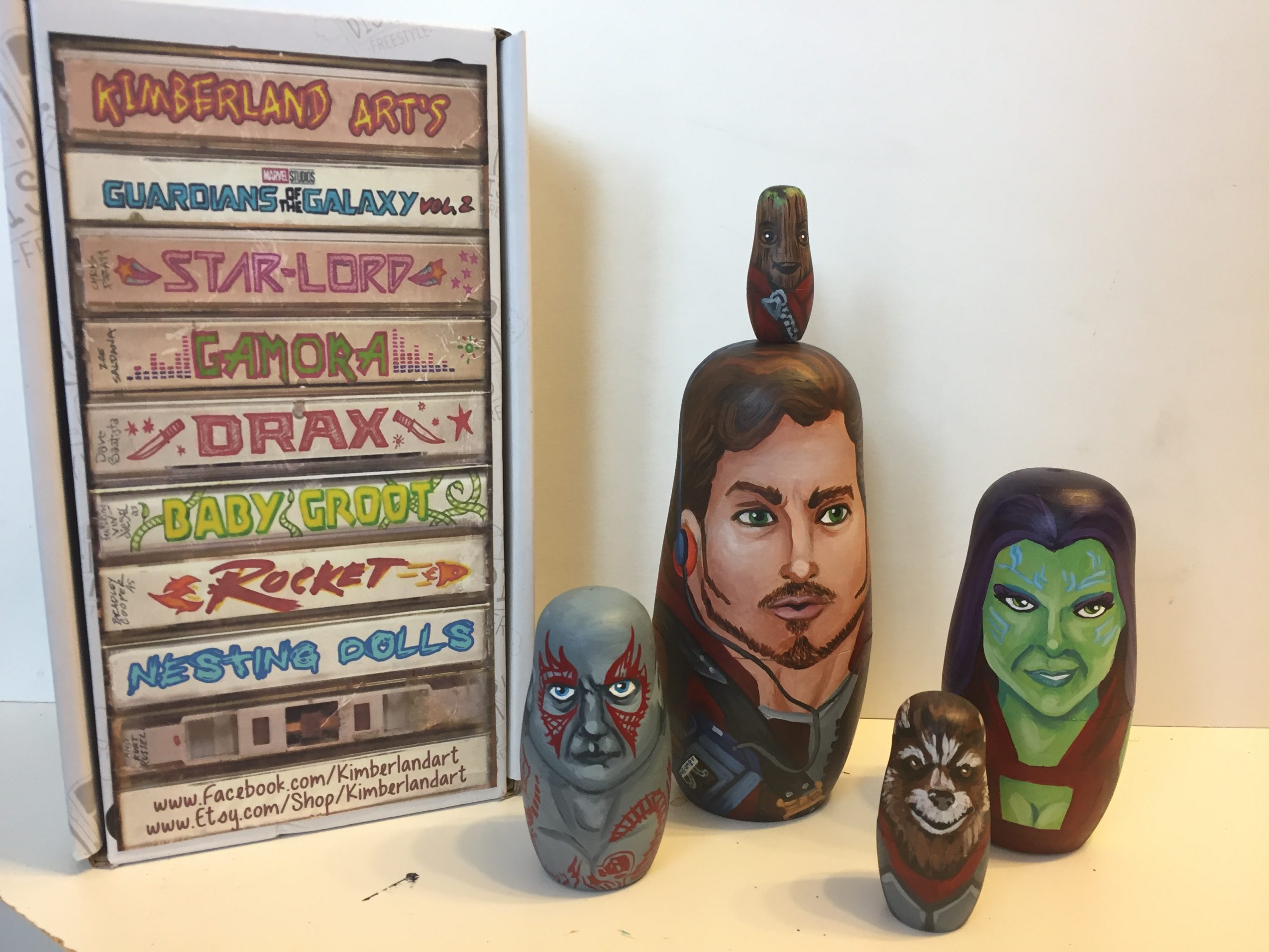 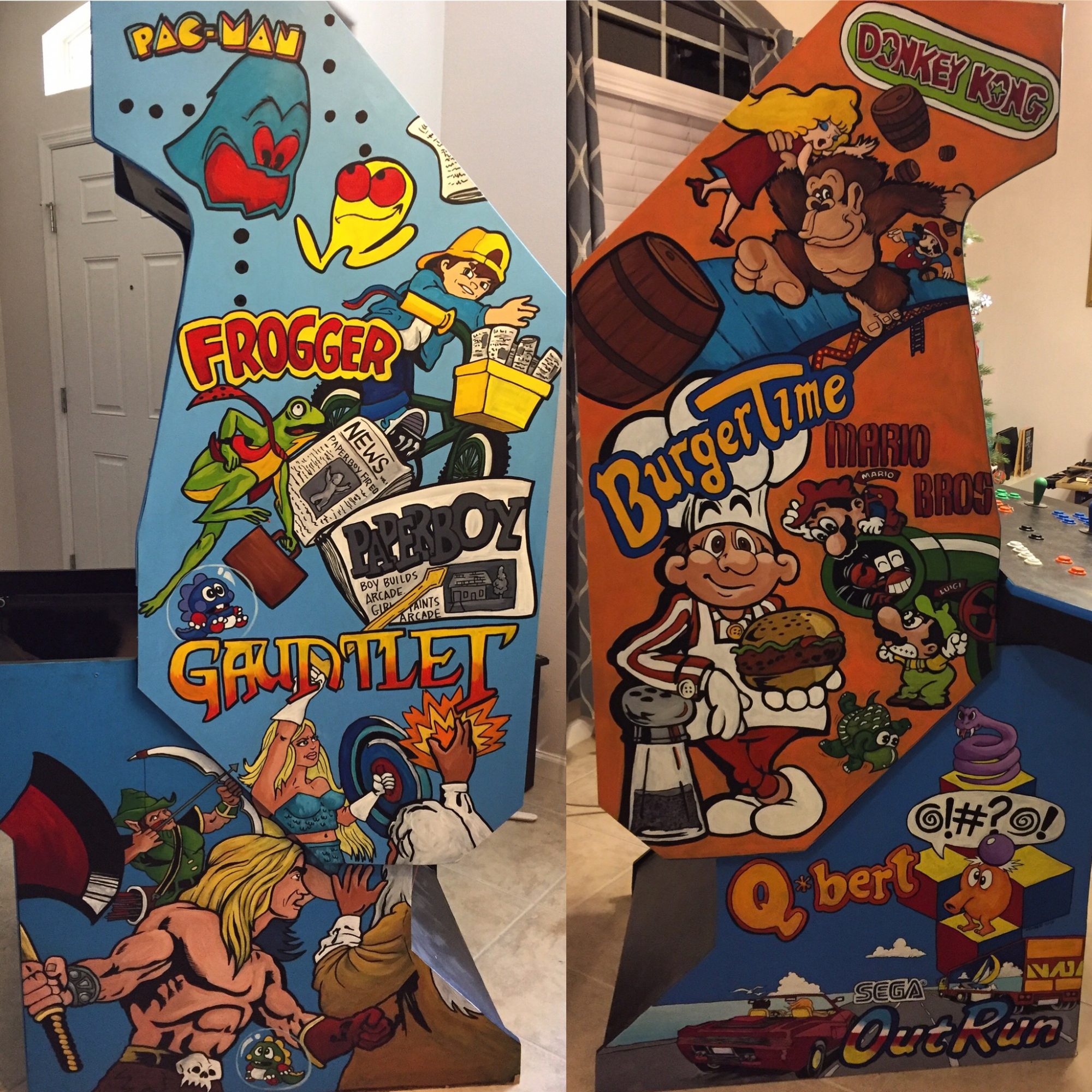 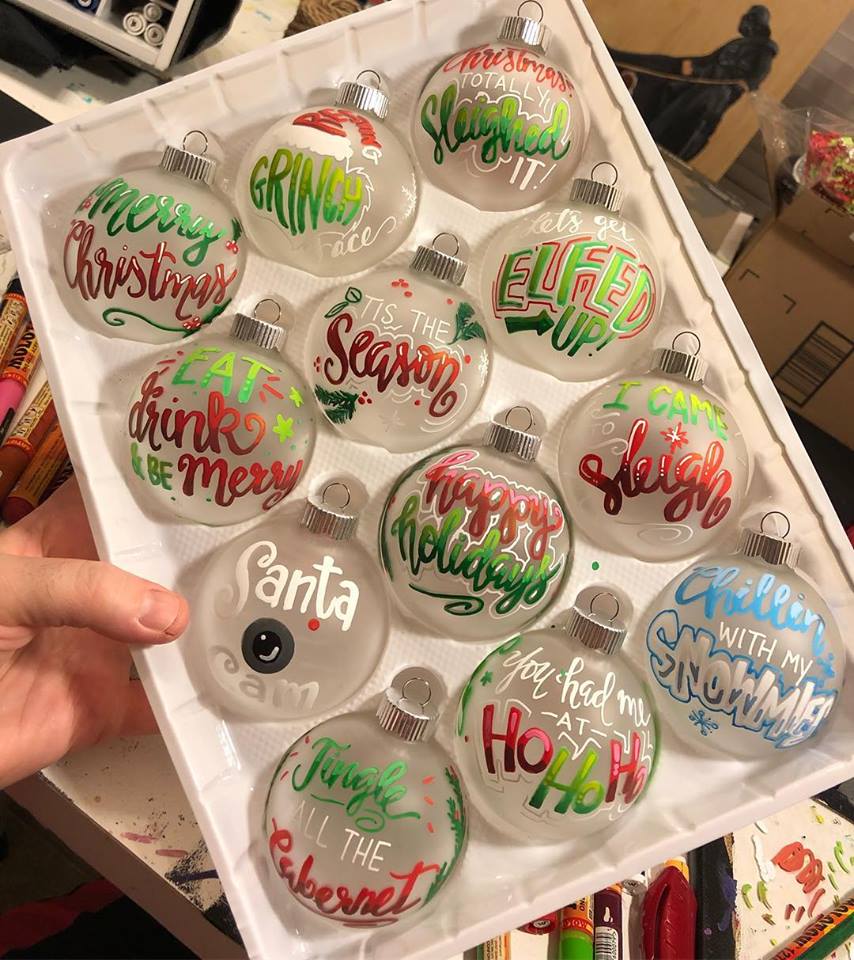