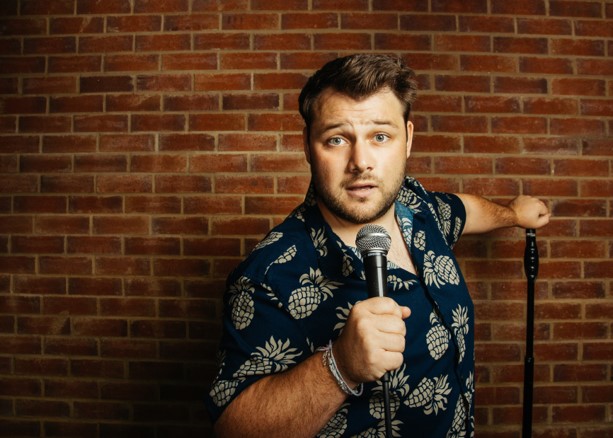 Today we’d like to introduce you to Kieran Mellish.

Kieran, please share your story with us. How did you get to where you are today?
I got started at age ten in a production of ‘Oliver!’ being put on in my hometown of Rochester, England. Growing up, I was always performing in or rehearsing for several shows at any one time, those performances are immortalized thanks to YouTube and my dad’s ‘new-at-the-time’ Sony DSLR. I started working professionally when I was fourteen years old after my dad bought me a microphone and PA system. We recorded a rough CD of cover songs in the shed and then he drove me to all the old pubs he knew in South London. Whilst he waited outside in the car, I’d try to convince these pub landlords to pay a spotty teenager to sing Frank Sinatra on a Saturday night. And it worked. I’ve sung for my supper ever since but the singing was just the beginning. I’d always had a love for acting but it was during my time at Loughborough University when I really started to take my writing/comedic talents seriously. I remember that my primary school teacher wrote in my book on the last day of school that I’ll either end up an actor or a writer. Well, Mr. Currie, I guess it’s both. I’ve never been good at making my mind up.

We’re always bombarded by how great it is to pursue your passion, etc – but we’ve spoken with enough people to know that it’s not always easy. Overall, would you say things have been easy for you?
In the early days, the nights where it was just two lonely drunks at the bar and me singing at them for two hours straight were tough. Especially when all your mates were down the park hanging out on the swings, laughing and passing round a bottle of vodka that they stole from their parent’s drinks cabinet. I missed out on a lot of those nights but what I didn’t miss out on was the grounding and confidence that only playing to two lonely drunks at the bar can give you. Nowadays, it’s getting people out to comedy shows. I produced two monthly shows over the last year in LA and getting people to come see live comedy can be like pulling teeth sometimes. But last minute phone calls and several comp tickets later, you always have a show.

We’d love to hear more about your work and what you are currently focused on. What else should we know?
I am an actor, writer, and comedian originally from the United Kingdom. I’m currently working on a short film I wrote called ‘Whose Life Is It Anyway?’ Where a murderous improviser exacts revenge on the team that turned her down. My partners and I are in post-production with that project whilst we’re currently looking to get a feature film that I’ve written financed and made. The feature is called ‘Welcome To The End’ and is a story about friendship, taking chances and the coming apocalypse. As a comedian, I have toured with Nick Swardson and produced shows in the Valley at both Flappers Comedy Club and Loft Ensemble, a fantastic theatre company based in North Hollywood of which I’m proud to be a member. This year I’ll be releasing my debut album of stand up and comedy songs which I’m very excited about.

What were you like growing up?
I was always working on something creative. Whether it was making films on Dad’s Sony, rehearsing with another band I’d formed that week or starring in a musical or play, I just wanted to be performing all the time. I loved attention but I also loved learning from everyone I was lucky enough to work with when I was younger. My favorite people to hang out with were musicians, most of them a lot older than me. I didn’t try hard enough to read music and I very much ‘wing it’ on guitar and keys, but I just found musicians to be the most engaging people to talk to because I just wished I lived in that world of measure and rhythm. Instead, I get to make people laugh (hopefully) with my writing and performances and that’s really not such a bad thing. 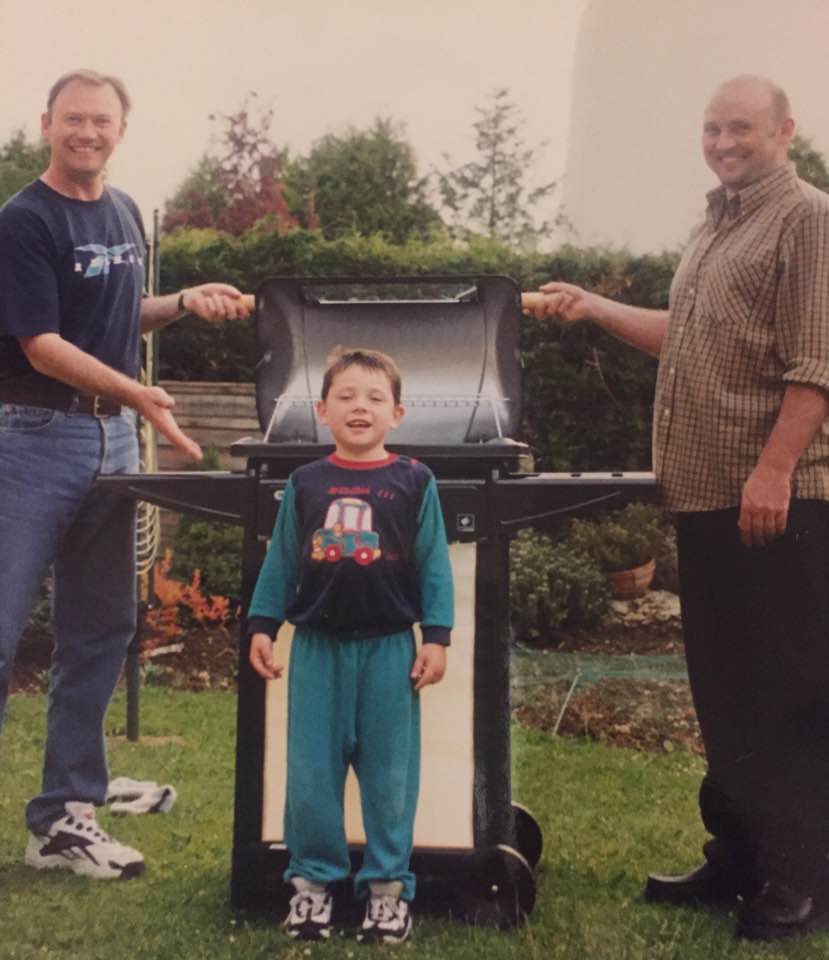 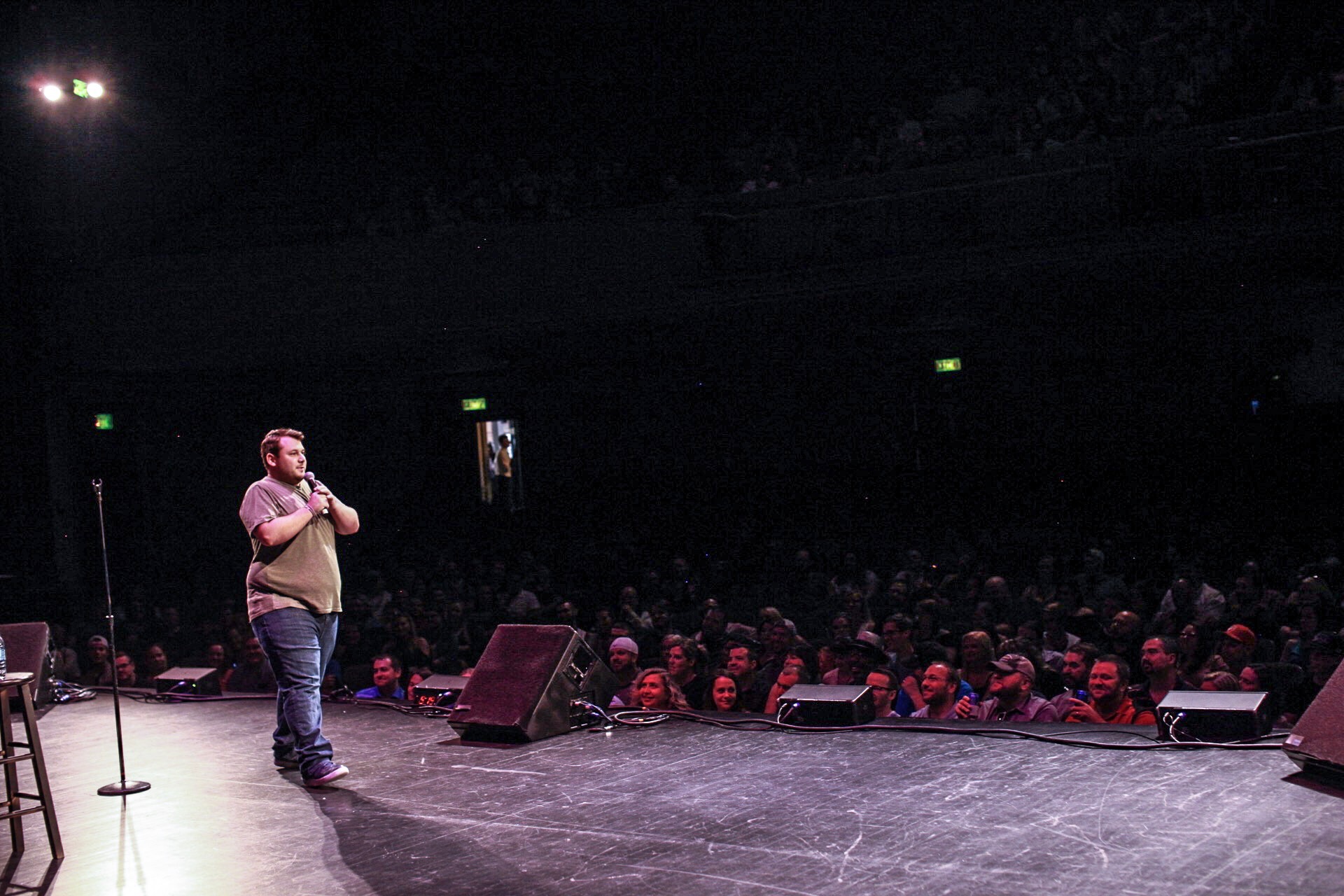 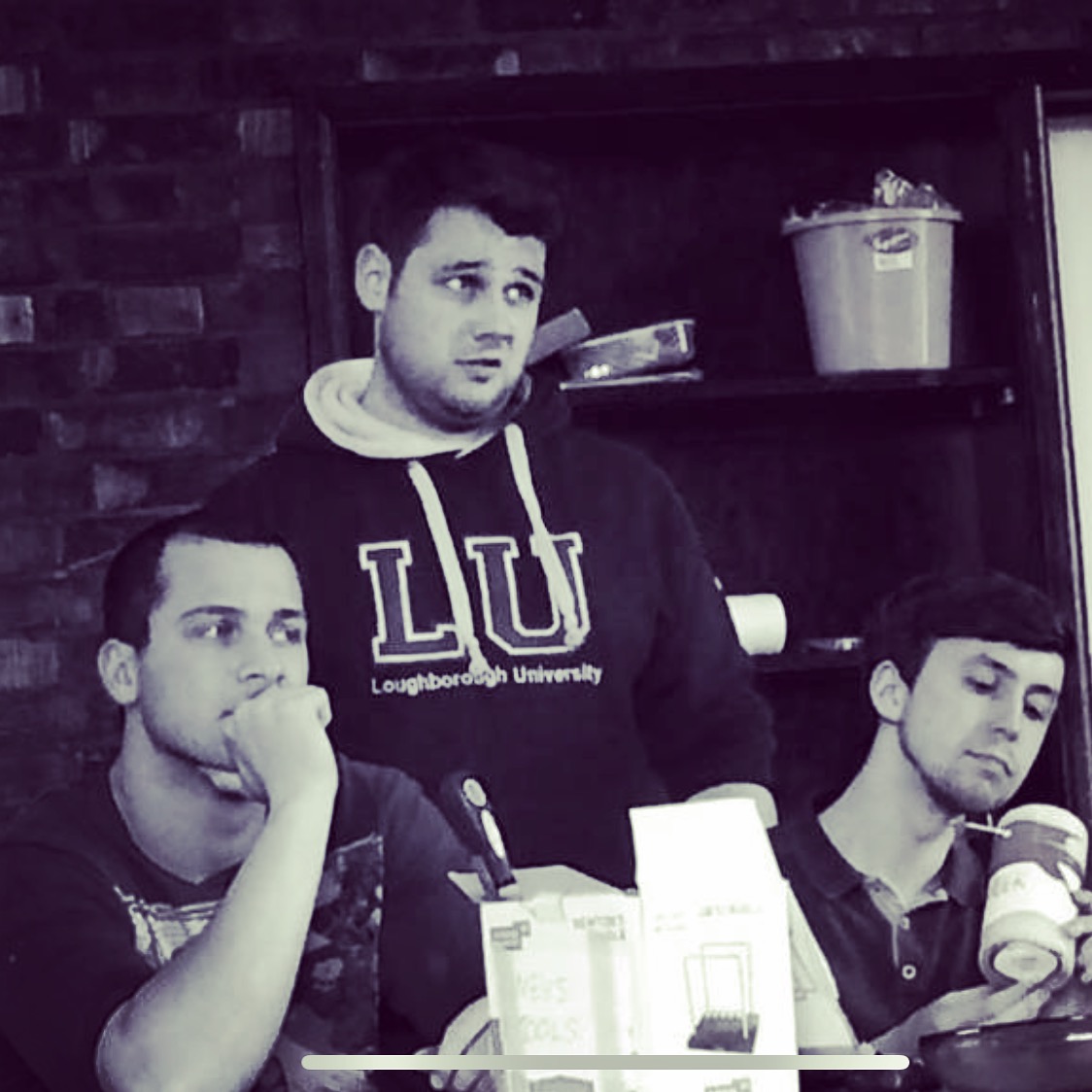 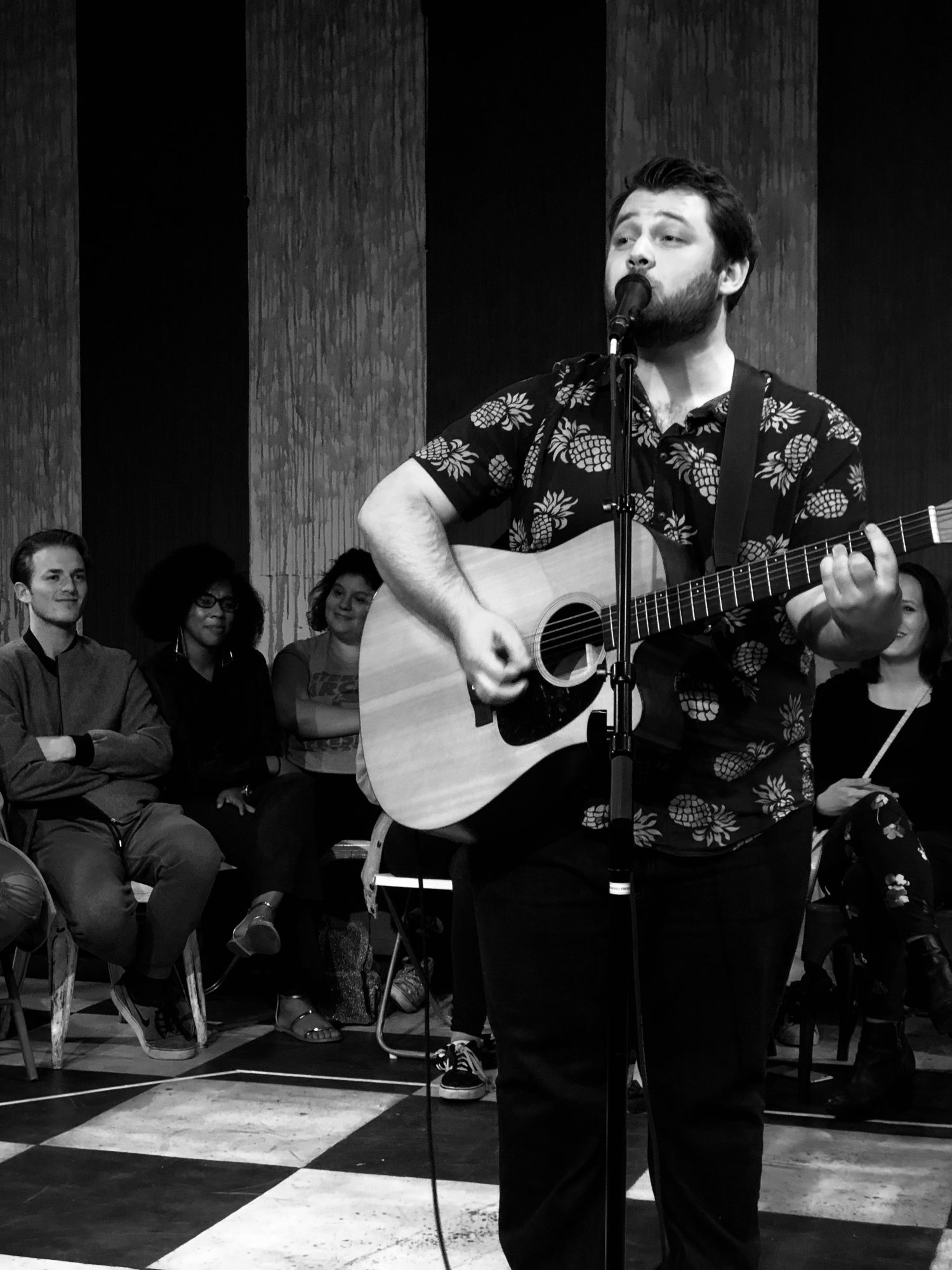 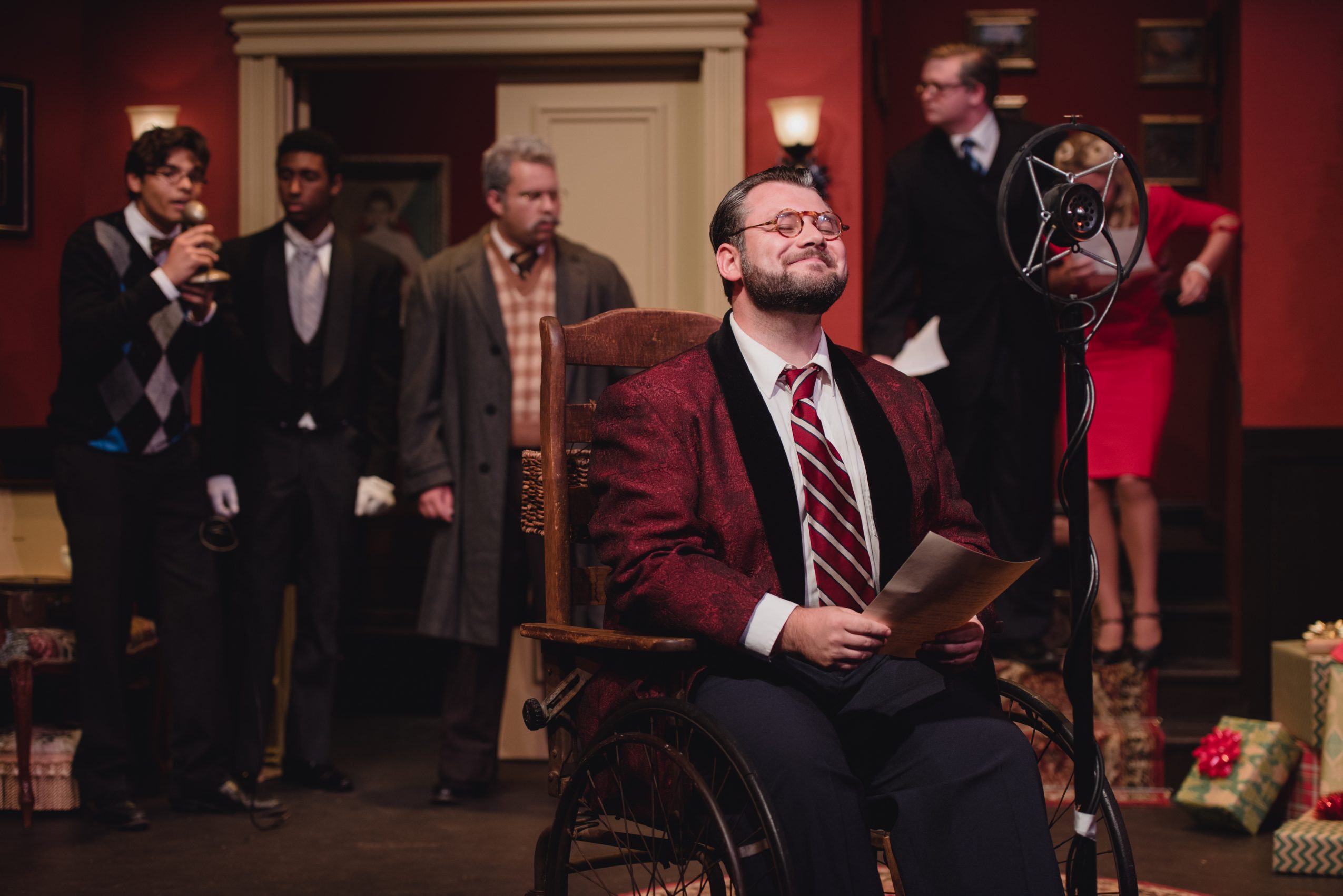