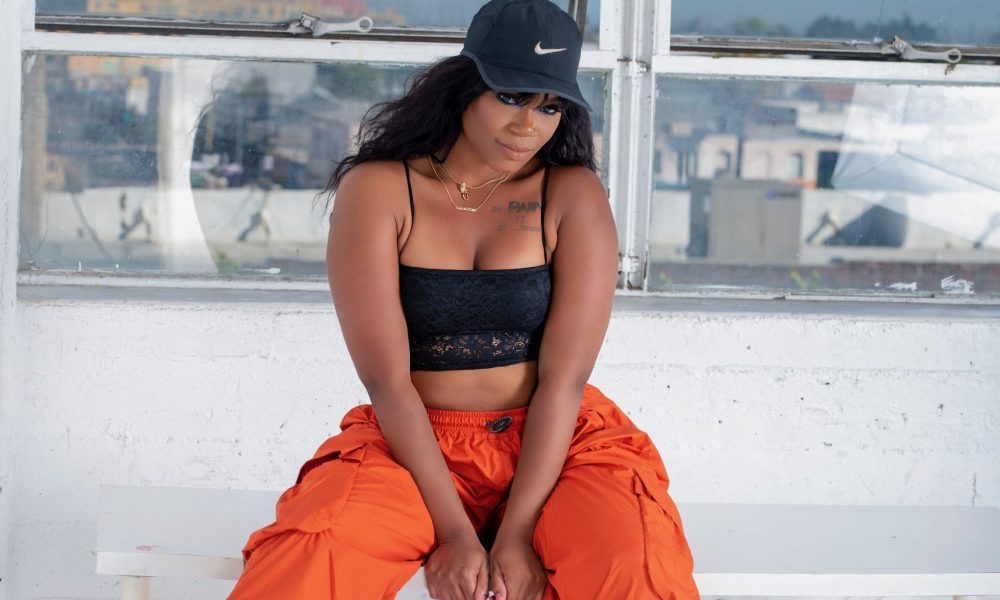 Today we’d like to introduce you to Kia Harper.

Kia, please share your story with us. How did you get to where you are today?
It all started out the end of 2016, I was working with a property management company in my hometown Chicago, IL. I had just got a new place earlier that year and could only afford rent and bills. Struggling financially, I decided to take a break from pursuing music and focus on survival. My sister insisted I pick up an old skill which was braiding hair, in order to bring some extra money in. After hesitating a while, I decided to create a separate Instagram and began posting searching for models to practice the trendy “feedin” technique that was being used by braiders around the world. That decision would not only change my finances but ultimately change my life.

2017, roughly four months into braiding on the side, I did the numbers and realized if I braided full time, I could double my income. Not only that, I could manage my own schedule which would allow me to make more music and do more shows. So I quit my job during a snowstorm, and to be completely honest- it was an impulsive decision because while customers were coming in, I still had no idea if they would continue enough for me to survive off of. My business was still four months old. But at the time, the only thing I cared about was being free from working from someone else and taking my life in my own hands. I got the worst response from people closest to me, who couldn’t understand why I would risk a secure job with what was considered “great pay” for braiding.

Months went by and I was doing better than ever! I had grown my page from nothing to about 20k followers, I had a clientele that was continuously growing and I was getting notoriety all throughout Chicago. I was also pushing my music and won a songwriting contest in Indianapolis with grammy award-winning songwriter Rico Love, which would change my perspective entirely. As much as I loved the respect I established and the income that was coming in, I still was not doing what I loved enough- which was music. After coming to LA for a writers camp at 1500 or Nothin Sound academy in May of 2018, I decided in my spirit that there was something so much more for me in LA. June 10 would be my last day living in Chicago. I gave everything away, packed only what I needed in my car, shipped my car to LA and caught a one way.

Being a celebrity braider was never on the todo list. I initially went to LA to achieve my dreams in music. Braiding allowed me to survive and work around whatever schedule I chose. And the power of the internet helped me continue my stream of income in a city where I didn’t know a soul. Two weeks in LA, I landed a gig to braid singer/songwriter Kehlani’s hair. From there, everything took off. Shortly after her, I serviced The Game, Lashontae Heckard, Jessica Dime, and Tiny Harris. Business appeared to be going great but the reality was, with the cost of living and the fact that I was still trying to build clientele in a new city, financially I was struggling to keep up with life and that affected my music which also effected my mental state. I started to feel like the move I made landed me a few celebrity clients but It hurt my income and I was falling into a depression out here in this city where you shouldn’t be alone. LA is not an easy place to live and to take on that environment without the support and accessibility of love ones really began to affect my mental state. I needed a sign.

It didn’t take long before that sign would come in the form of a phone call from the management of a highly respected celebrity Hairstylist by the name of Cesar DeLeon Ramirez. He was looking for a braider and Kehlani referred me. They wanted to hire me for a braid down for singer Nomani, but that gig shifted my life entirely. I began working whatever jobs they needed me to do. Making sure I was at least dependable and showing up. That turned into me actively assisting him on any gigs he needed extra hands for. I’ve assisted with hair for the Pussy Cat Dolls, Normani, Kim and Khloe Kardashian. I’ve been blessed to work the AMA’s with him for Ciara and also was blessed to do the twists on Ciara for the Fault Magazine shoot that recently dropped. Just from being in the rooms, I’ve gotten the opportunity to service Khloe Kardashian with feedin braids, the same style that began this entire braid business. I grew my following from nothing to 67k followers which gave me a platform to promote my own music by inserting those tracks in my own hair videos. Self-promo at it’s finest. At a time where I felt like I made the worst decision of my life, by pushing through I’ve seen the most purpose that utilizing all of your gifts can do. And also being a good person and never giving up. Thats key. You never know how far those things can take you here in LA.

We’re always bombarded by how great it is to pursue your passion, etc – but we’ve spoken with enough people to know that it’s not always easy. Overall, would you say things have been easy for you?
The road has been insanely rocky! From bad roommate situations to living on a friend’s couch just to survive out here. I would leave LA in the beginning to go home and service clients JUST to have my rent for the room I was renting in LA, which by the way was the same amount of money as my 3bdrm apartment in Chicago. When I moved out of my first living situation, I left my belongings in my car, with all of my music equipment and clothes for my son and I, JUST to wake up the next morning to see someone had busted my window and robbed us of everything. I definitely wanted to quit then. One time I went home for a week to make my rent for December and the money I made I hid in my luggage, just to find out when I landed TSA stole all of my earnings! And I still had to figure out how I would pay rent in three days. It has been insane and plenty of times I just felt like I should go home. But after being out here, I felt so far removed from Chicago and felt like I didn’t establish myself in LA, that nothing felt like home anymore, So I stayed and worked it out.

We’d love to hear more about your work and what you are currently focused on. What else should we know?
I specialize in braids, and it really depends on the latest trend. I was known for “lemonade braids” in Chicago – but since then the trend has changed and I’m known for “Knotless braid.” I am most proud of how I’ve learned to embrace who I am as a person in my business, and that’s including all aspects of me. I use to try to keep my music separate from my business until recently I realized that is a major part of who I am. So I found a way to share that with my followers and the response I’ve been getting is so overwhelming, so positive and supportive. I think the part that sets me apart from others is the fact that I don’t mind being human. I allow my followers and my clients grow with me through the trials and error. They have got to witness me go from this girl in Chicago who braids in the basement, to a celebrity braider in less than two years.

Has luck played a meaningful role in your life and business?
First off, what is luck anyways. I’d say being prepared for when opportunity comes. But to be honest, for EVERY opportunity, I’ve felt less than prepared, and also felt I didn’t deserve to be there yet. But again, I believe that if you just show up and be consistent, no matter if you feel you’re qualified for an opportunity or not, I believe people will rock with you off that strength alone. 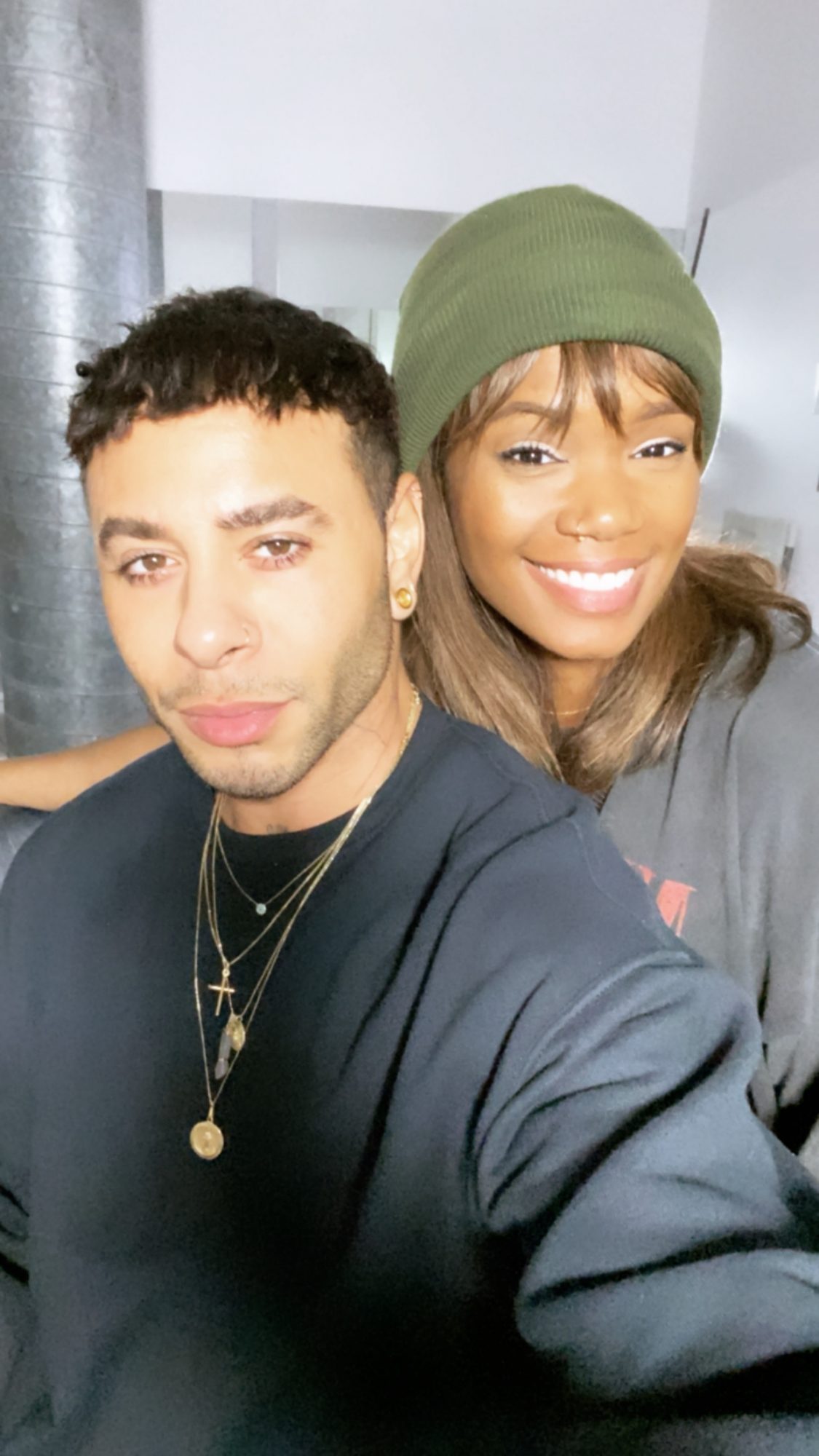 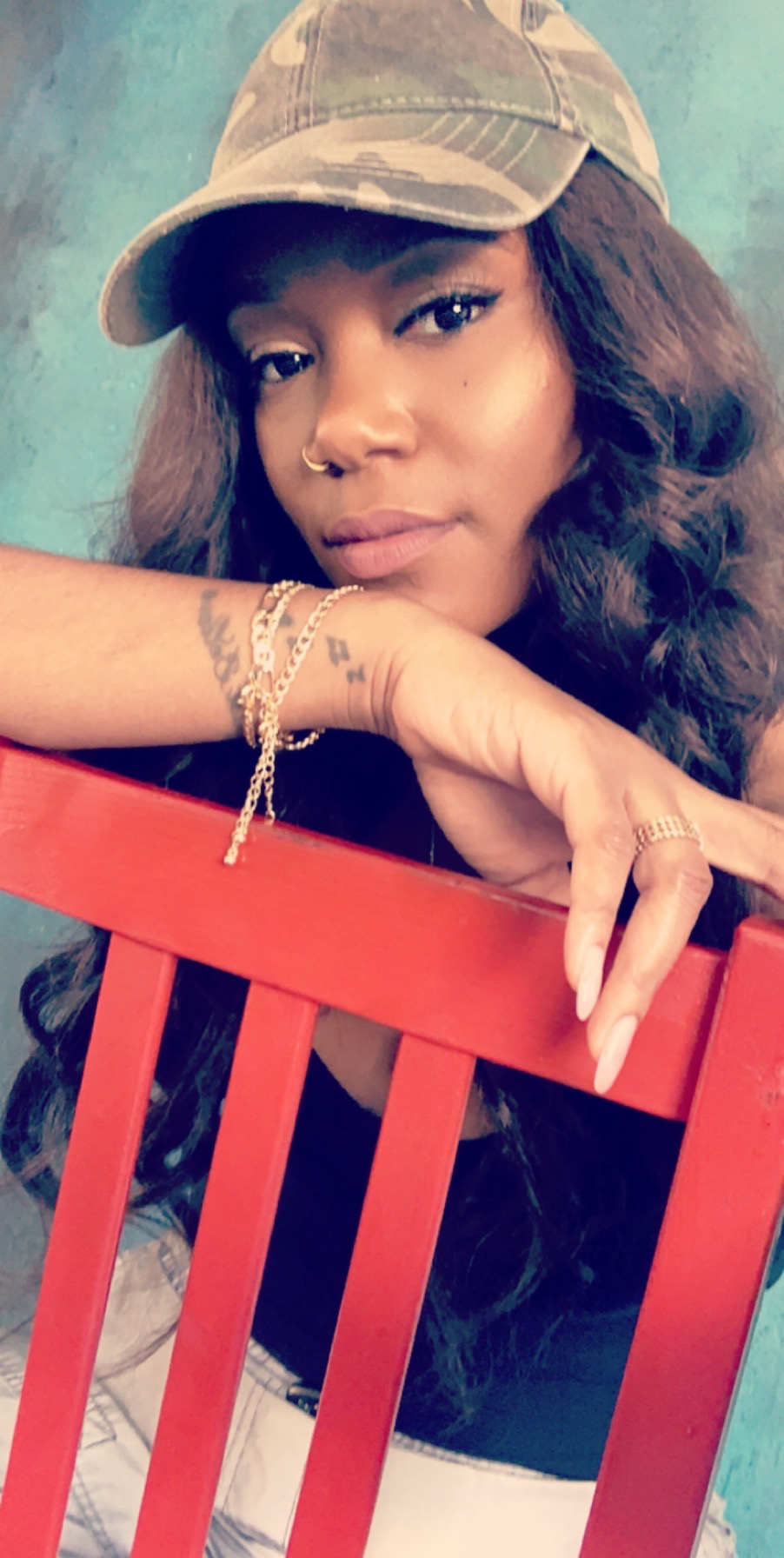 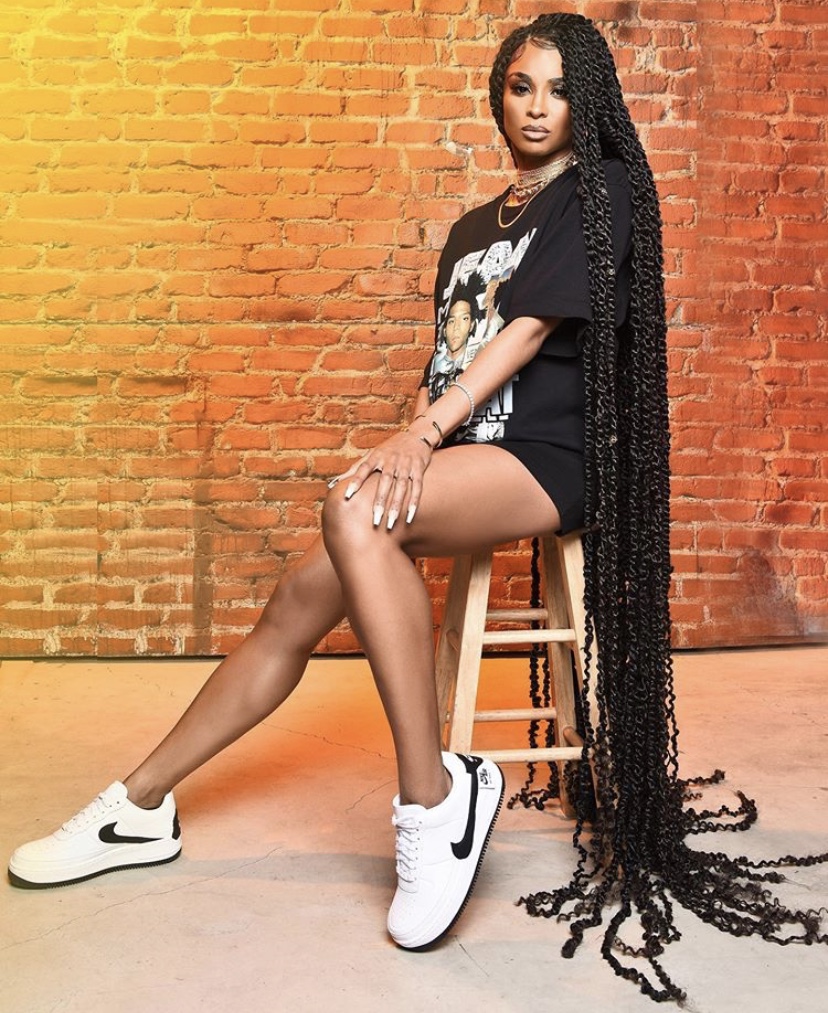 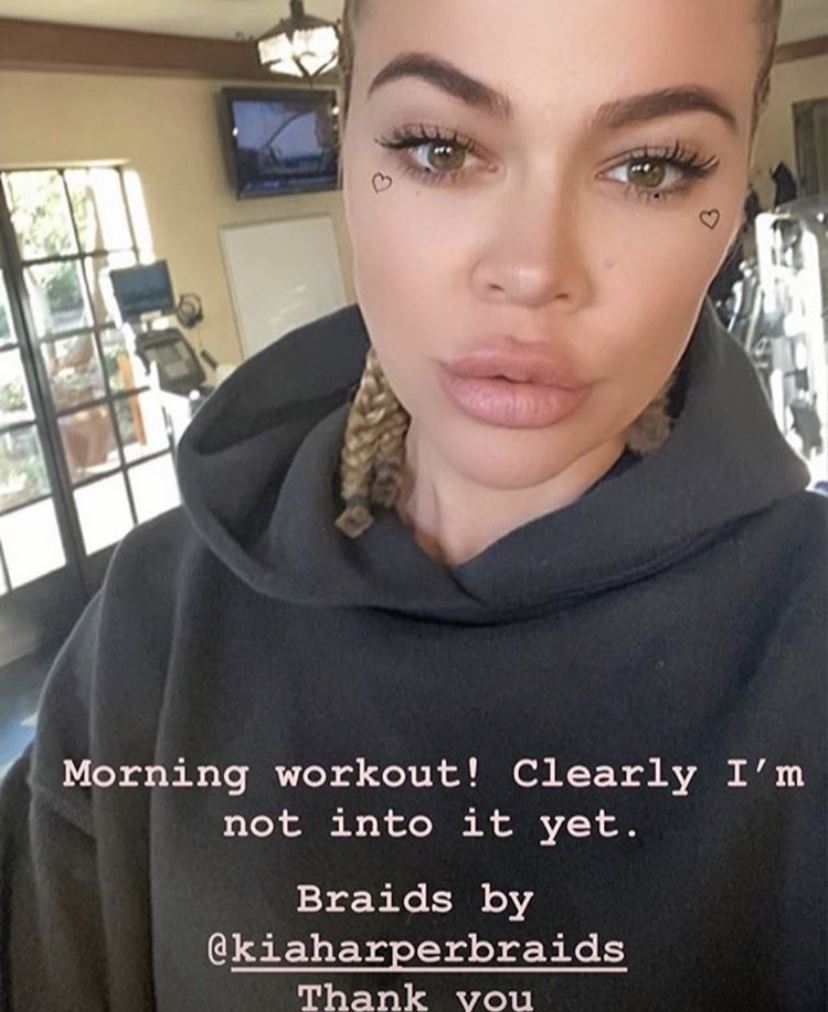 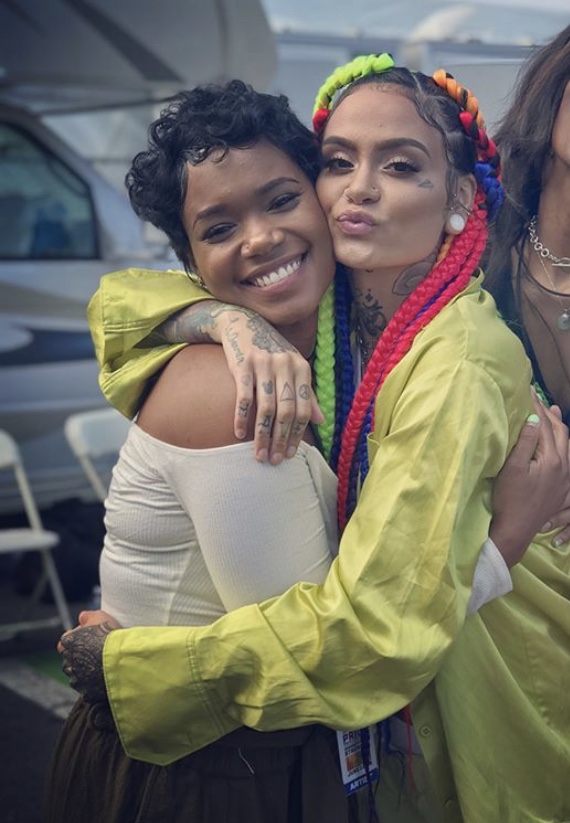 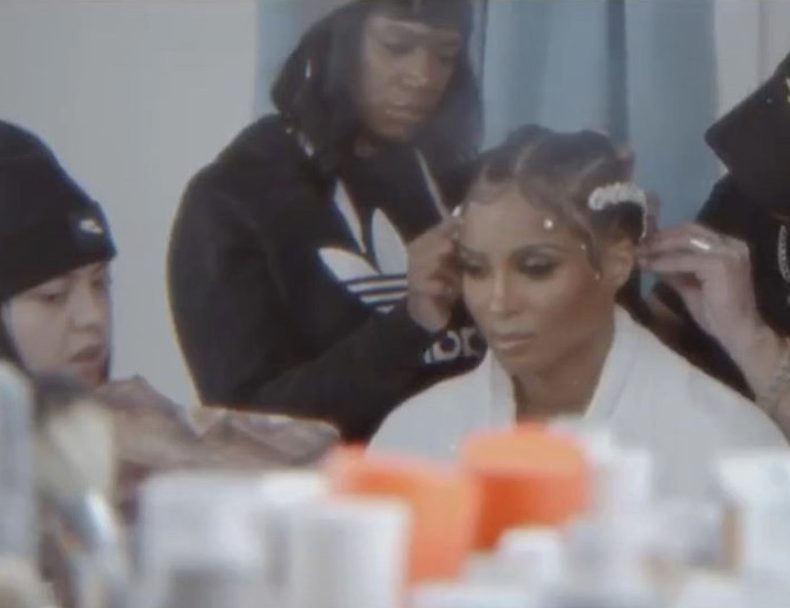 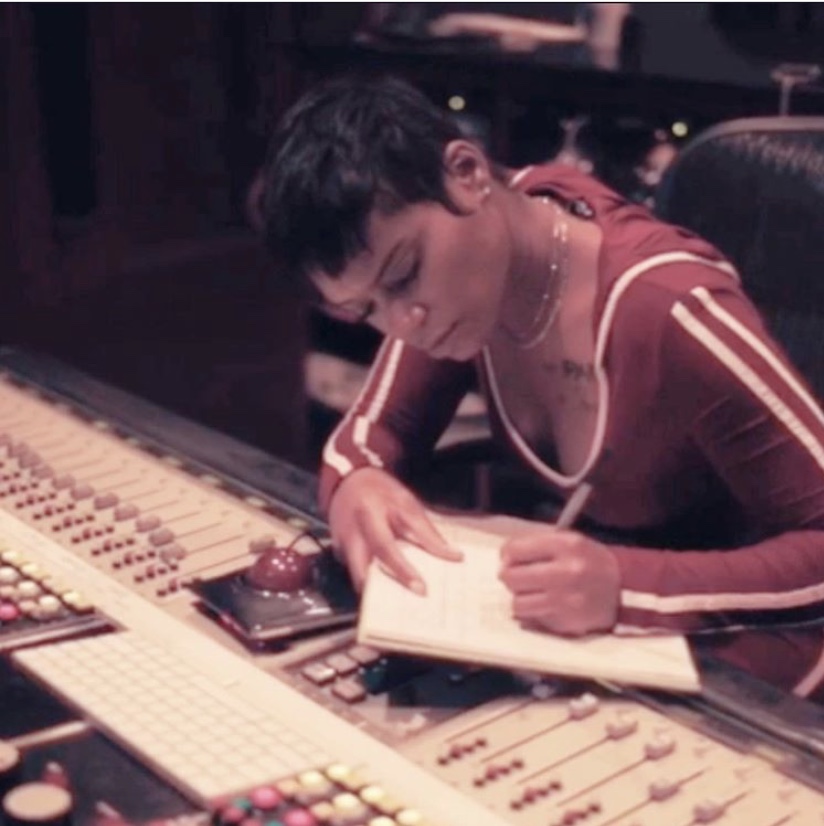 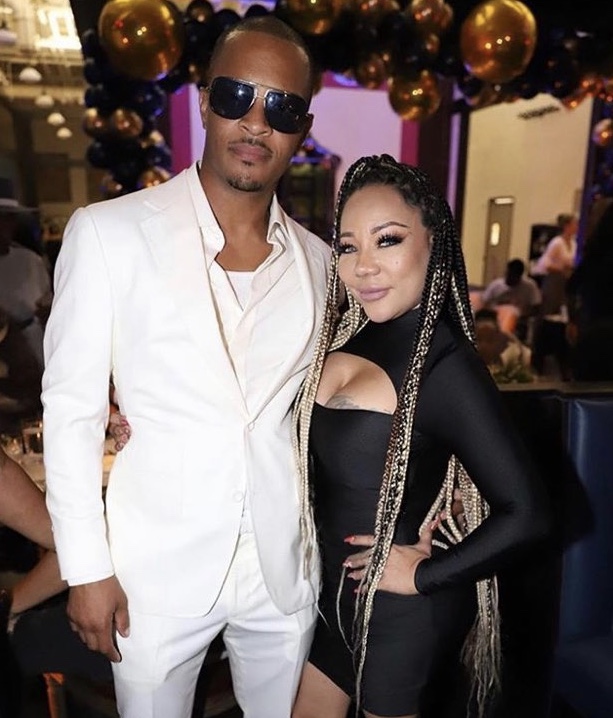