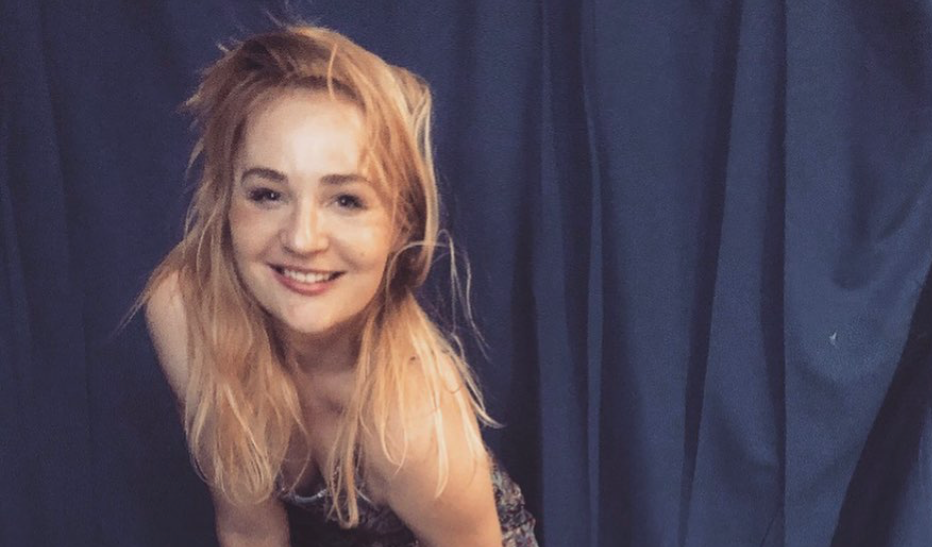 Today we’d like to introduce you to Kendal Evans.

So, before we jump into specific questions, why don’t you give us some details about you and your story.
I am originally from San Jose, California but moved around a lot growing up! I grew up as a really serious competitive gymnast and actually got to level 8 when I was 11 but I had too many injuries and wanted to pursue acting and dance. I started studying acting at my performing arts school, New School for the Arts and Academics in Tempe, AZ from 7th-10th grade. After 10th grade, we got to move to LA because of a job change and I auditioned and got into CHAMPS Performing Arts in Van Nuys and trained and performed in plays. I trained with critically acclaimed artists such as Otis and Kyme Sallid, Dawn Lissell, Brad Koepenick and Brandy Curry-Smith there. When it came time to graduate, I auditioned for theatre programs and was accepted into Musical Theater at UCLA. I trained at UCLA with great professors. Some of my favorite classes were Voice and Speech with Adele Cabot and Paul Wager, the Alexander Technique with Jean Louise-Rodrigue and getting to work with the Royal Shakespeare Companies director Helena Kaut-Howson and Kathryn Hunter. I also worked on a couple of different Disney projects and was able to earn my union status with SAG-AFTRA.

After graduating UCLA, I worked a bit on some short films and a pilot that I am very proud of, “North Platte” with Ellen Gittelsohn, Hilary Van Hoose and Russy Woody. Things got slow after that, so I decided to apply to MA programs and chance my arm at some of the prestigious drama schools overseas. I had always been very proud of my Irish heritage and loved a lot of the Irish films and playwrights growing up. I got into a MA program at the Gaiety School of Acting in Dublin and decided I had to go! Not knowing that that would lead me to meeting and working alongside some of my favorite film directors Zahara Moufid and Jim Sheridan in Pappy and Ivan Kavanagh in Never Grow Old. I also toured the UK for the Fringe Festival with the Little Shadow Theatre Co. Under the direction of Joe O’Neill, we brought his show “The New Irish Playbook” to Dublin, London, Manchester and Tewksbury. When the tour ended, I auditioned and got into the sketch comedy house team at MOB Theatre founded by the legend Erin McGathy in Dublin. I got to act and write in sketch comedy performed weekly in the basement of a pub in the Dublin City Center. Part of my thesis in school was to devise a show to be put on at the prestigious Smock Alley Theatre. I created a modern day fairytale called “The Dress” about female friendships and jealousy. These were some of the best experiences of my life (so far). However, I did miss my family and friends (A LOT) and moved back to LA last Fall. I was just starting to get back adjusted to LA when COVID hit. My boredom led me to creating a tribute to one of my favorite shows growing up, Freaks and Geeks. I re-did a scene from an episode, put wigs on and acted out all the characters. Judd Apatow actually retweeted it on Twitter in May and Paul Feig DM’ed me on Instagram that he loved it too. I’m working on more remakes and sketches now to stay busy and for the craic!

Great, so let’s dig a little deeper into the story – has it been an easy path overall and if not, what were the challenges you’ve had to overcome?
Finding an agent without a referral is very difficult in LA. I signed with one of the top agents in Ireland, O’Sullivan the Actors Agent off of my skill level alone. In the EU and UK, if you’ve graduated from a drama school you are automatically in the pool of actors considered for all roles. You can’t even be on Spotlight (the UK/EU equivalent to Actors Access) without professional training or professional credits. It’s different in LA, a lot of people do really care about the training here but it’s so oversaturated and there are so many other factors that it’s hard to get a shot at all at any part you might be right for.

I was sent out on a lot of auditions in Ireland and I booked and got pinned on a few projects there. Since I’ve been home, I’ve been on just a few auditions.

Also, the general struggle of money in LA. Hustling to have money for rent, paying for gas, food, acting subscriptions, new headshots, new demo footage, classes, it all REALLY adds up. In Dublin, I would walk through chilling days of rain and VERY intense wind or take the Luas (light rail) but that was a small price to pay to get to work there. In LA, I feel like I’m working twice as hard to pay the bills than I was in Ireland. I really think LA would benefit from a light rail, just saying!

We’d love to hear more about your work and what you are currently focused on. What else should we know?
I am an actor most known for my commercial work, music videos, short films, sketch comedy and voice over work in Ireland. Most recently, I’ve gotten attention for a video I created on YouTube. Over quarantine, I focused my boredom into creativity, put on wigs and acted out all the characters in my favorite show Freaks and Geeks. It was retweeted by Judd Apatow and Paul Feig messaged me on Instagram that he loved it. This was a very exciting moment amidst all my boring days eating cereal alone in quarantine.

I think what sets me apart is the amount of training I’ve had. I’ve been acting since I was 12 and studied across all genres for extensive amounts of time. Classical work, Comedia Dell’arte, Clowning, Meisner Technique, Anne Bogart, Pina Bausch, Dialect Training, Voice and Speech, Improv, Movement and Dance Classes, Gymnastics, Stage Combat, Musical Theatre and studying and working abroad helped me to polish my international dialects. I’m very well rounded and capable in a lot of different areas… This was something that boded well for me in Ireland as they highly value training there.

This was a very exciting moment amidst all my boring days eating cereal alone in quarantine.’ “I just created another sketch too from House Bunny. One of my favorite films because of its comedic ensemble and the different types of women it represents. I also got to showcase my “demon voice” which is a talent of mine I never recognized until I saw Anna Faris do it (I thought it was just from my years of heartburn). Thank you for that Anna!

What moment in your career do you look back most fondly on?
I am very proud to have signed with Atlas Talent for voice over, Circle Ten Talent and Tom O’Sullivan in Dublin. It is extremely hard to land an agent and it took me a very long time. This industry can be difficult to navigate but I feel like I have the best team of professional and passionate people on my side. I love acting in all forms and with voice over, you are unlimited to the types of characters you can play. I can play a fairy, a tree or a dinosaur with an Irish accent! SO fun! 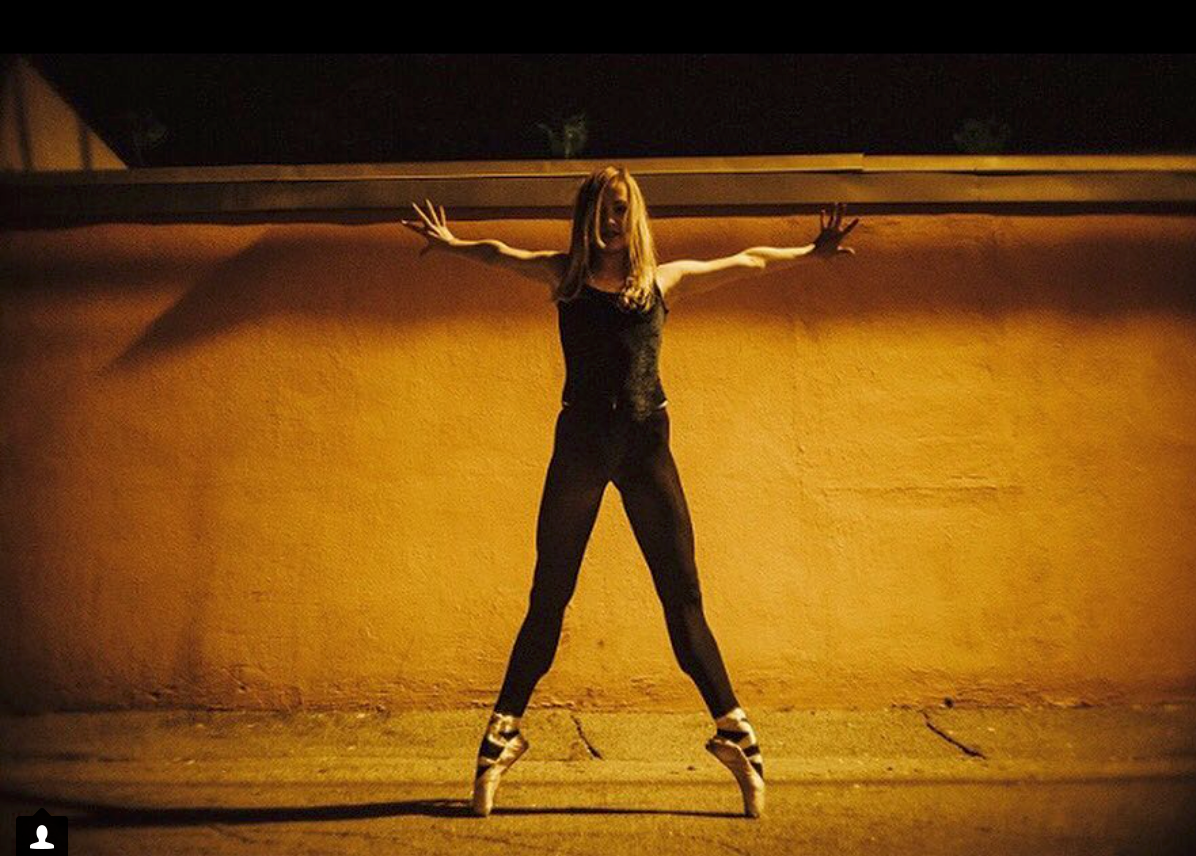 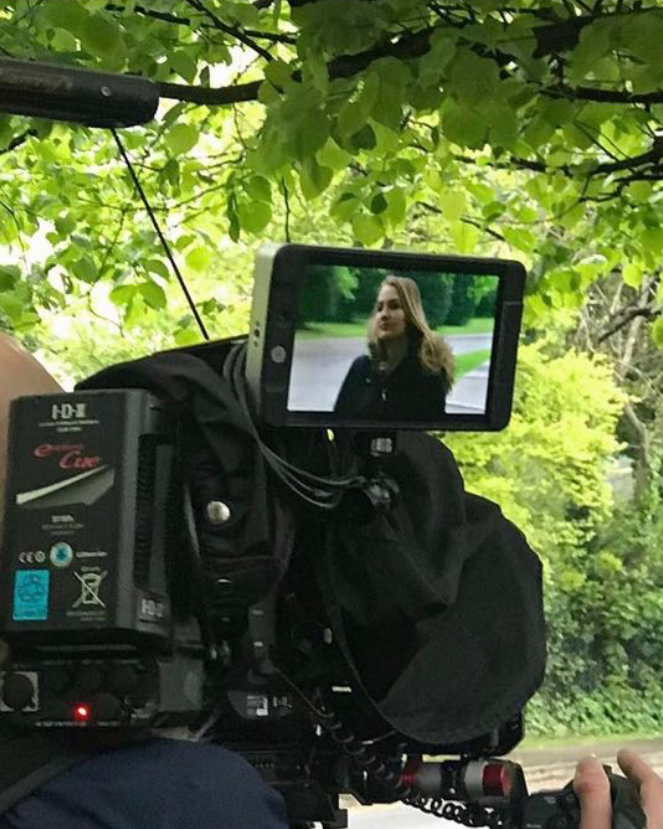 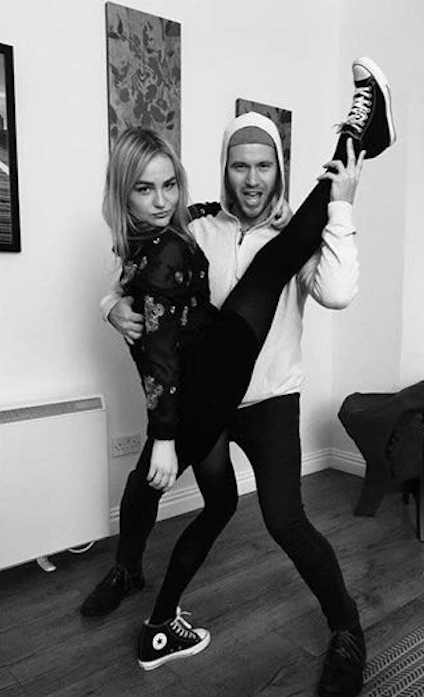 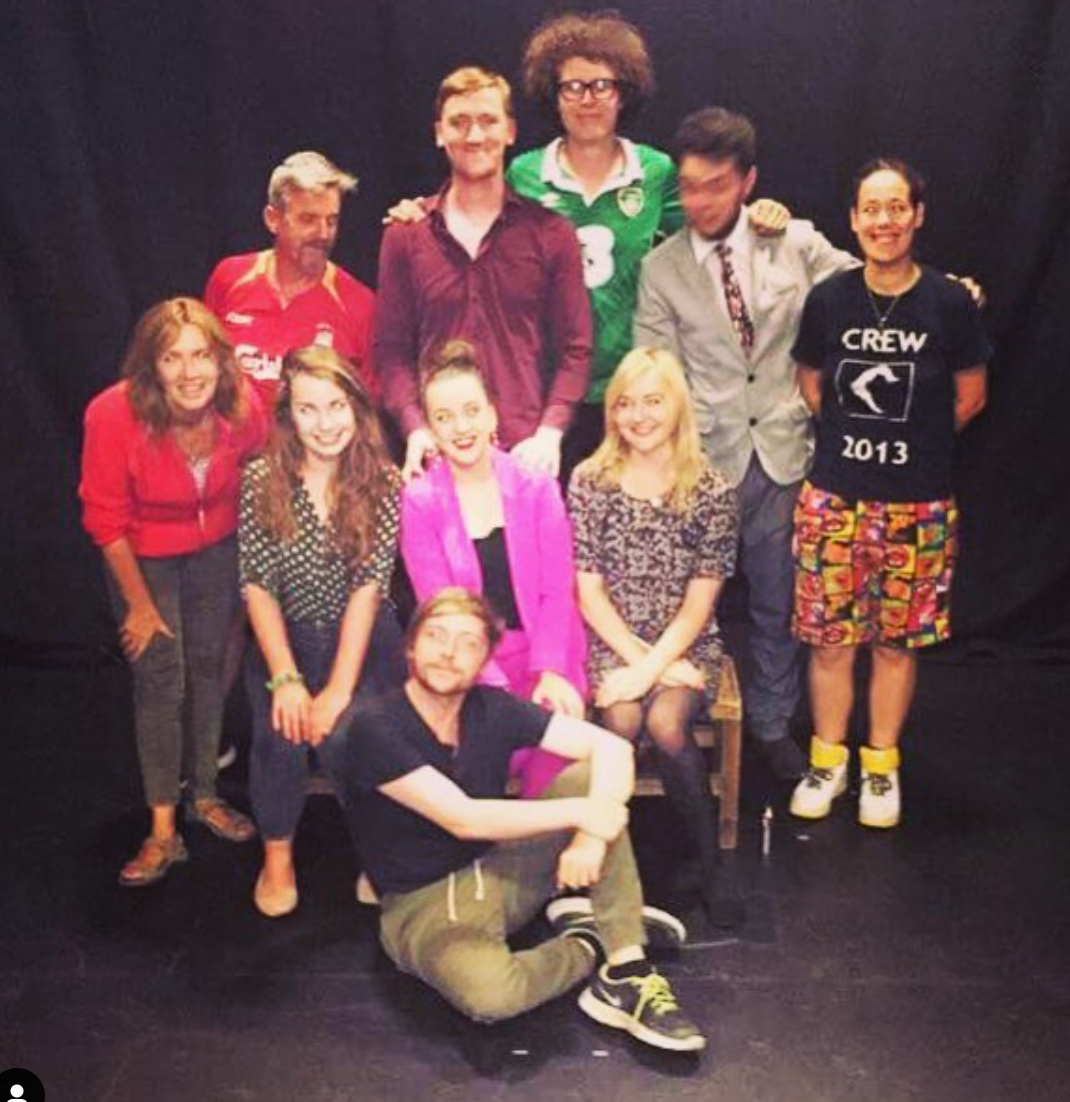 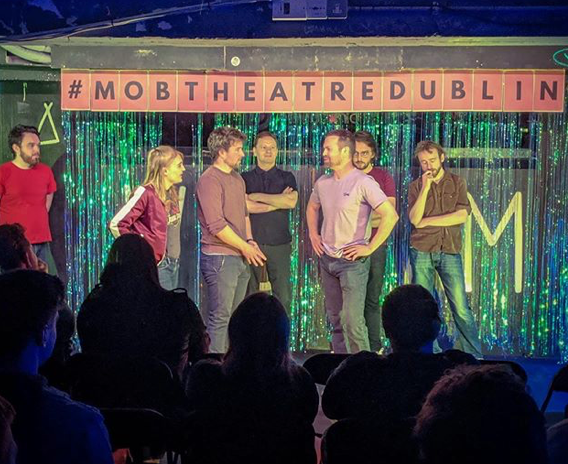 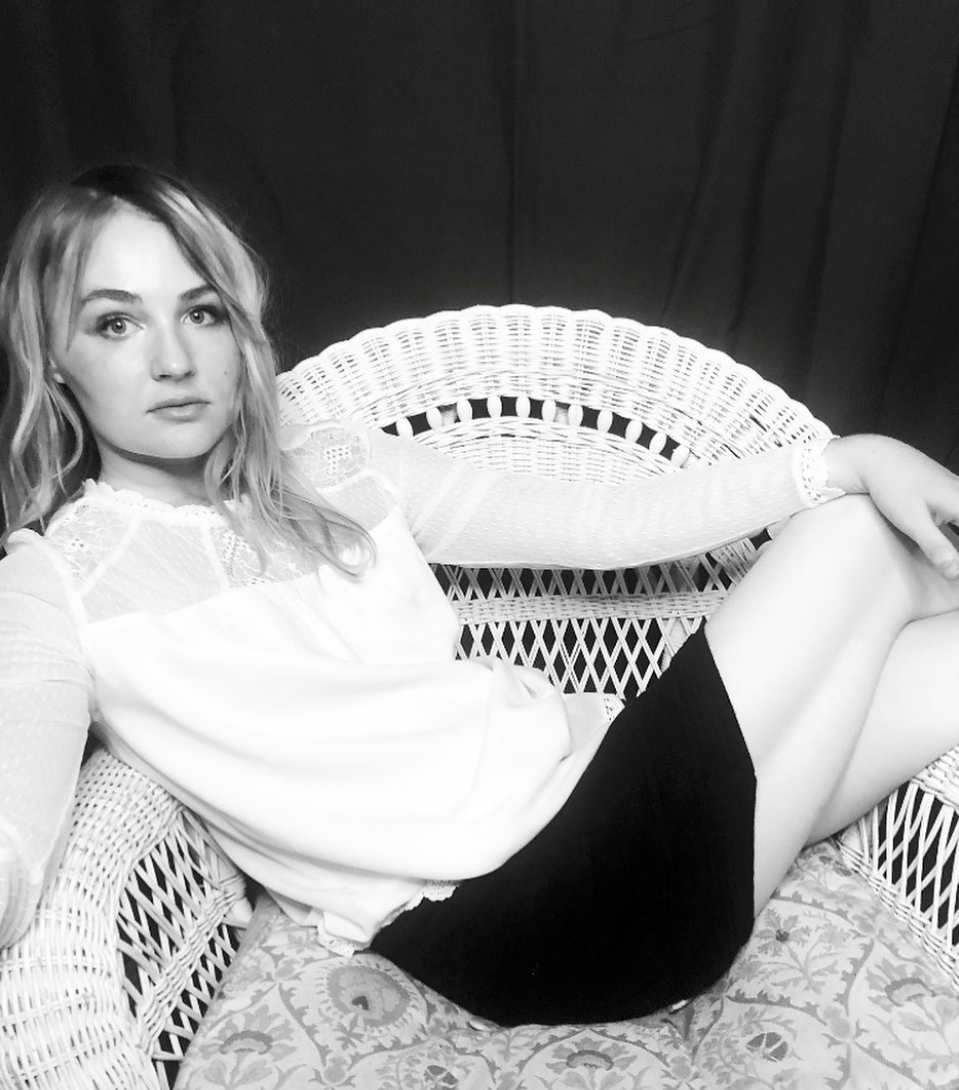 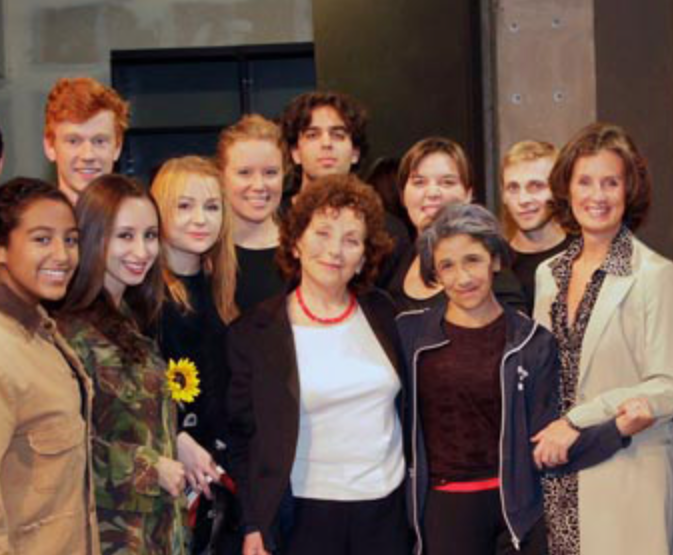 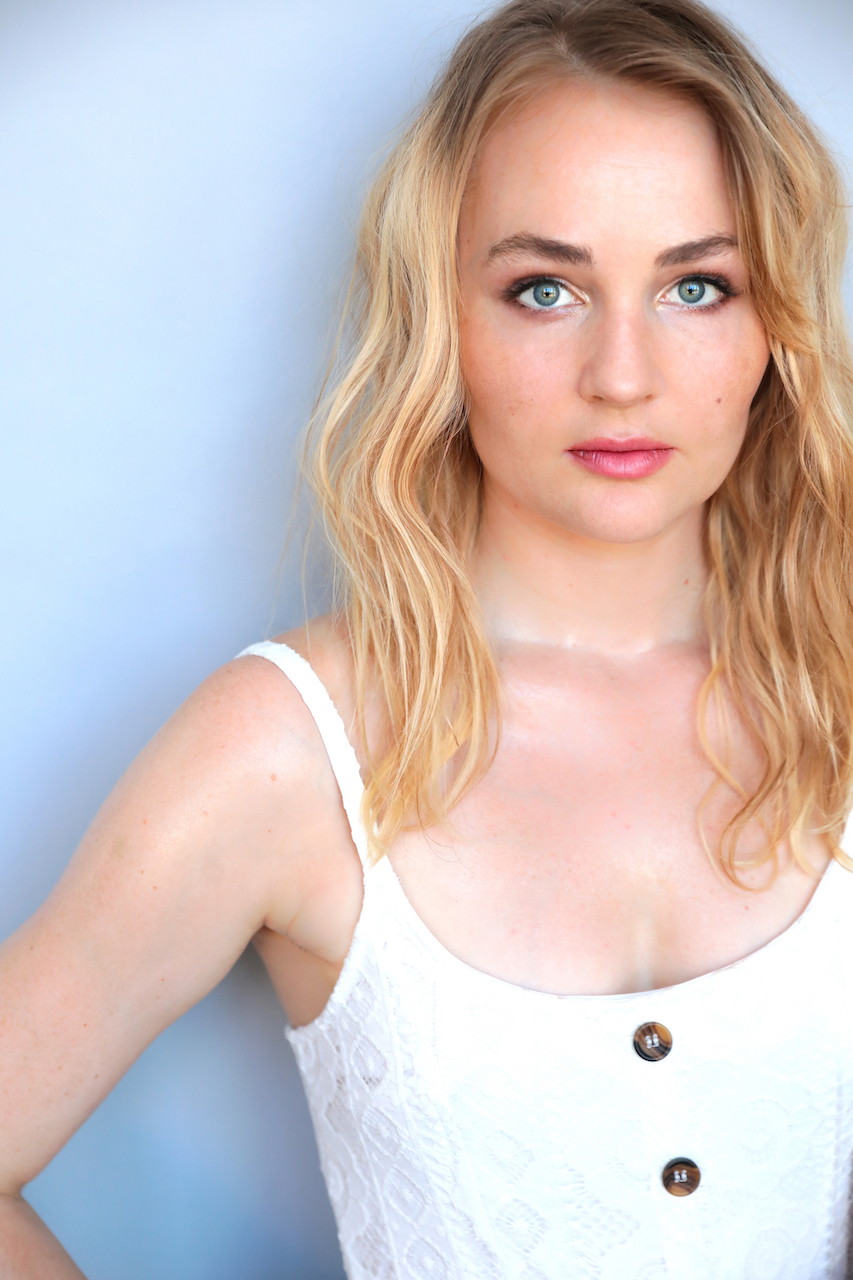