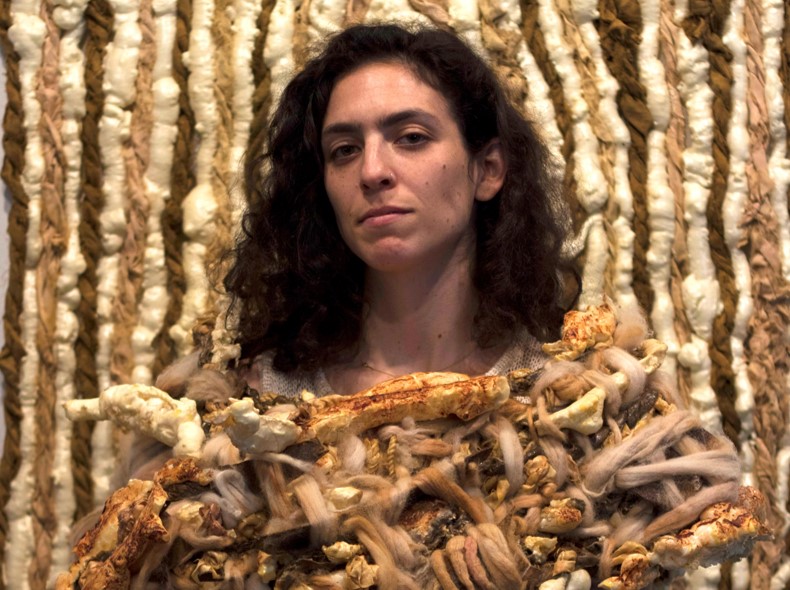 Today we’d like to introduce you to Katie Shulman.

Thanks for sharing your story with us Katie. So, let’s start at the beginning and we can move on from there.
I was born and raised in the suburbs of Washington DC completely immersed in team sport culture. My adolescence culminated in four years of competitive rowing in high school. I was always eager to be part of a team and find new ways to be active. Around the same time I joined the crew team, I found glassblowing, which allowed me to be creative in an incredibly athletic context. Glassblowing eventually lead me to decide to pursue a degree in art and I graduated from the University of Michigan with a focus on printmaking and performance. These concentrations allowed me to harness my athleticism, which I could express in projects that required repetitive action and stamina.

After receiving my BFA, I moved to New York City and worked in arts administration at various nonprofit art centers around the city, again following my instinct to be part of a team. I supported other people’s creative endeavors by working closely with other administrators, teachers and the students themselves. Working alongside encouraging teaching artists eventually lead me back to my own studio practice and ultimately to the decision to pursue a graduate degree in Studio Art at Syracuse University. I have just completed two years of a three-year Masters program.

We’re always bombarded by how great it is to pursue your passion, etc – but we’ve spoken with enough people to know that it’s not always easy. Overall, would you say things have been easy for you?
After receiving my BFA, I had my sights set on moving to New York City and assumed that the cost of living would make it impossible for me to continue my studio practice. So, I pursued work in arts administration and held many jobs at nonprofits all over the city. I really loved helping other people explore their creativity and pursue their own education in art, but the work wasn’t totally fulfilling. I wasn’t making and felt the absence acutely. However, a perk of my professional life was working alongside generous and talented New York City teaching artists. It wasn’t until many of them found out I had a BFA and encouraged me to get back into my own studio practice that I took steps towards revitalizing the creative work that I thought I had to leave behind in college. It was a slow and sometimes rocky process, but eventually, I found my way back to my work. It took me eight years, but I decided to pursue an MFA in Studio Art and invest in my own education and art practice.

We’d love to hear more about your work and what you are currently focused on. What else should we know?
I am about to finish my second of three years at Syracuse University, where I am pursuing a degree in Studio Art. The institution offers an incredible opportunity called The Turner Semester Residency, which gives three graduate students per term the opportunity to live and work in San Pedro—I have been here for the past four months. My time in LA has been spent working in a shared studio at Angels Gate in San Pedro, exploring the LA art scene and having studio visits with some of the most generous and kind working artists in the city.

My own studio work has become more fibers centered over the residency and that is in no small part due to the internship I’ve had while living out here. I have been working with Tanya Aguiñiga in her studio in Frog Town, alongside her Studio Manager, Dana Funaro and Production Manager, Sovanchan Sorn. The experience has been incredible. I’ve been able to see the interworking of an artist studio and learn new skills that have had a direct and what I expect to be a lasting affect on my own studio work.

Has luck played a meaningful role in your life and business?
I think about luck a lot in terms of how certain people have come into my life and had such profound effects on my art practice (and on me as a person in the world)–sometimes these meetings almost feel too good to be true—like luck in its purest form. The most pertinent example I can think of is how I came to meet my mentor at graduate school, an incredible educator and fibers artist named Ann Clarke.

Due to a random series of decisions and events, I ended up in Ann’s graduate critique section. Within weeks, she introduced me to new materials and processes that altered my studio practice immensely and immediately. I came into school a printmaker and within a few short weeks transitioned into making three-dimensional sculpture. Additionally, I became her teaching assistant and we have been working together in the classroom for about two years. No doubt we would have met at some point during the year, but I can’t help but think that the specific timing of our meeting was, well, lucky. 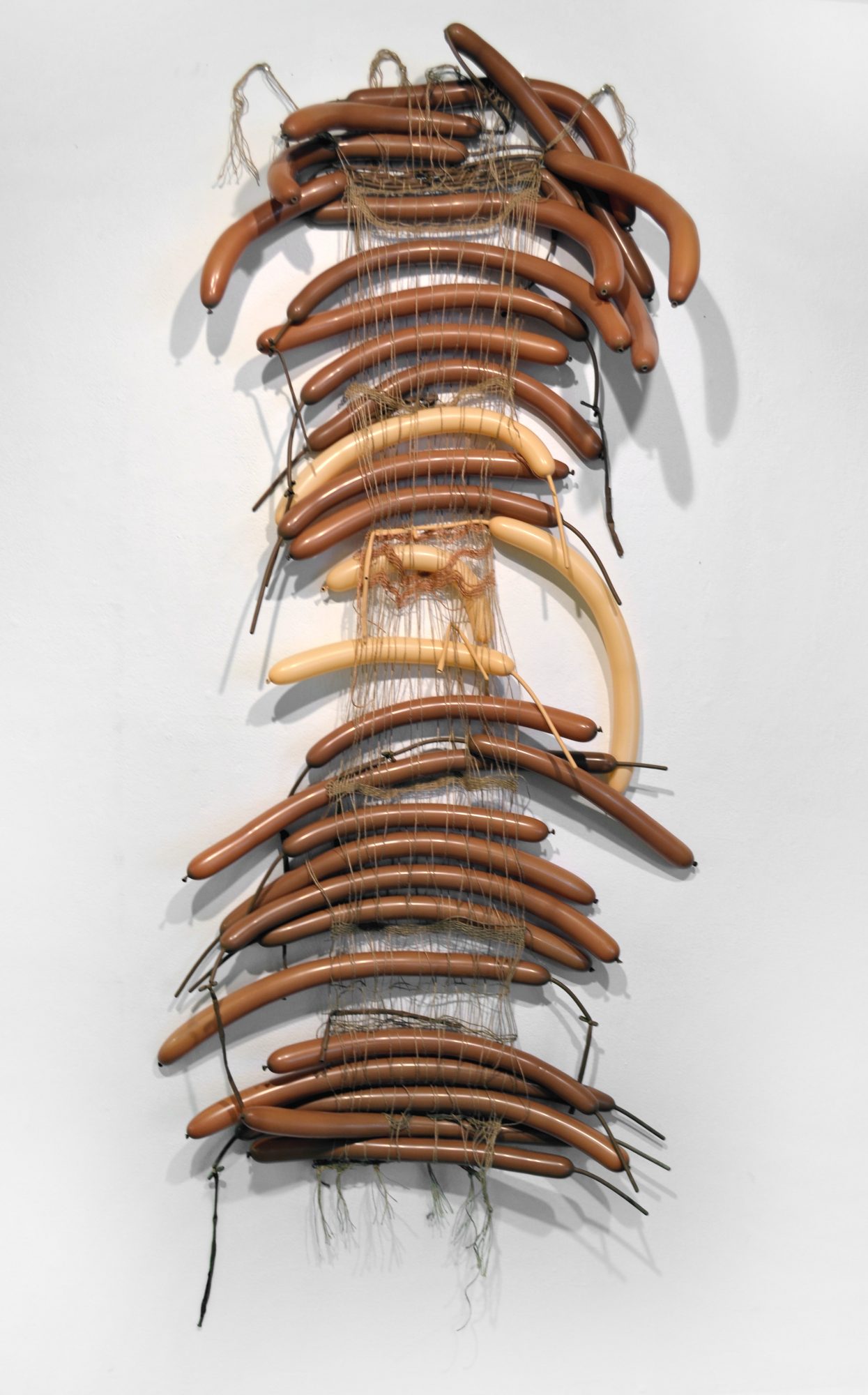 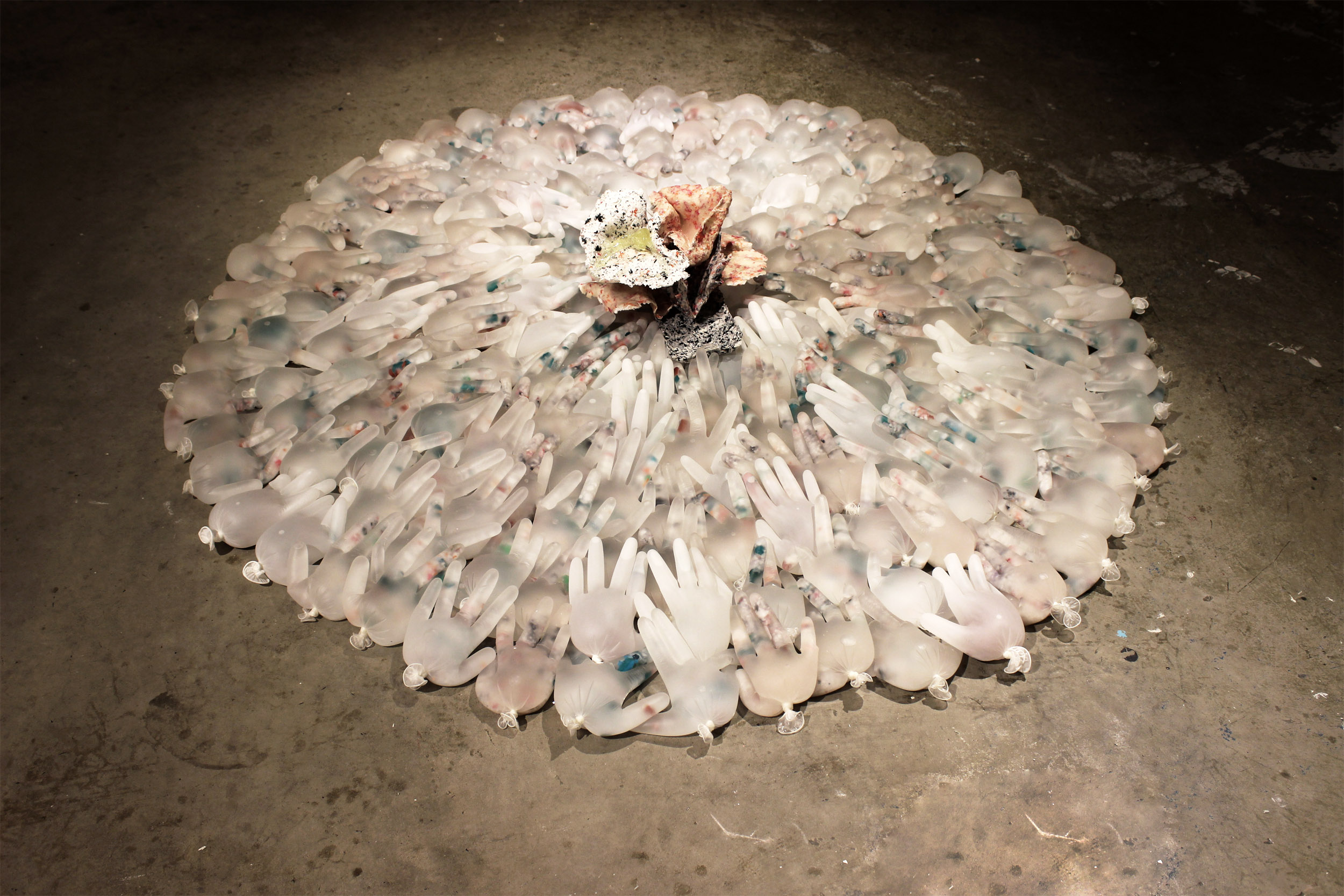 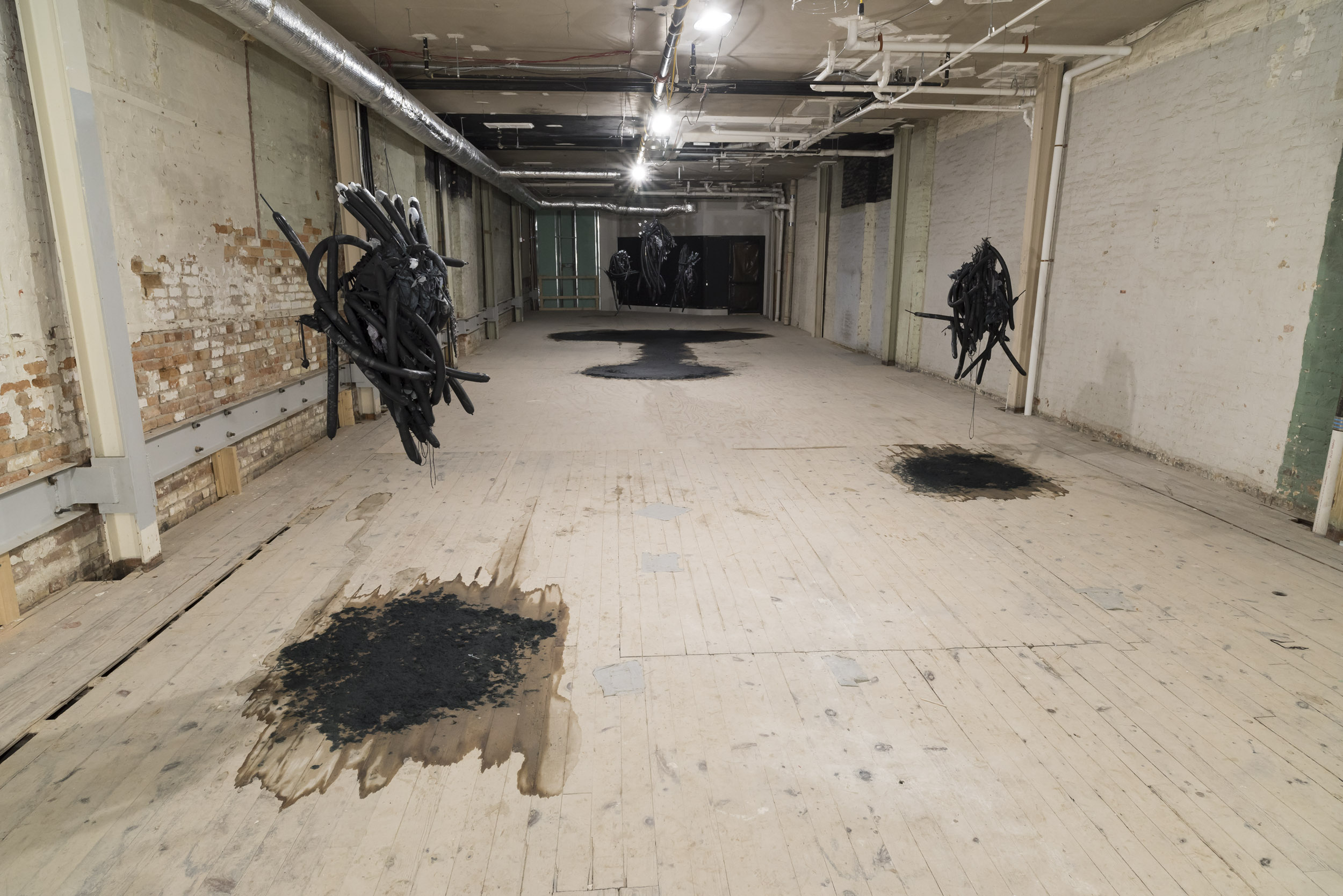 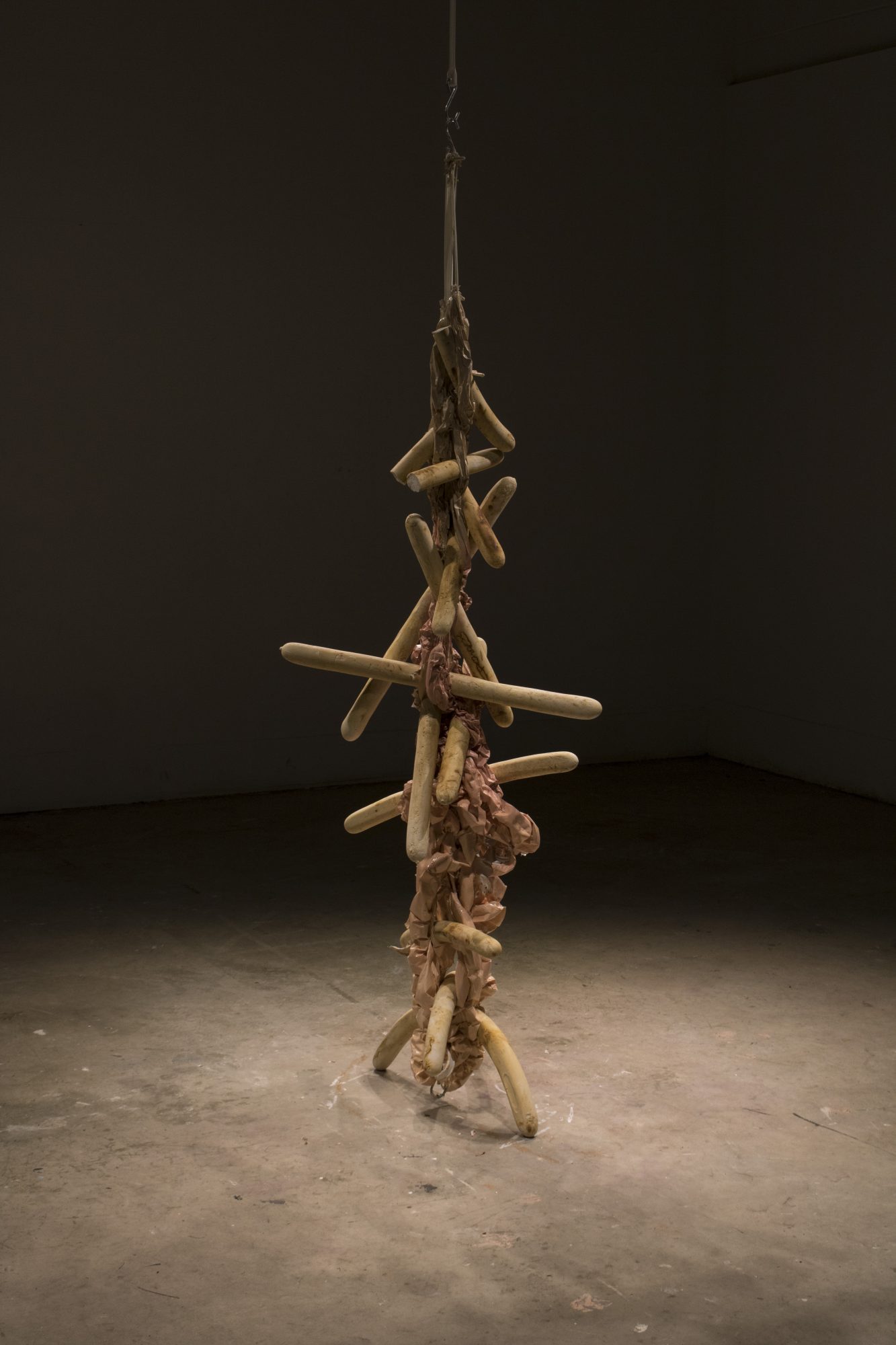 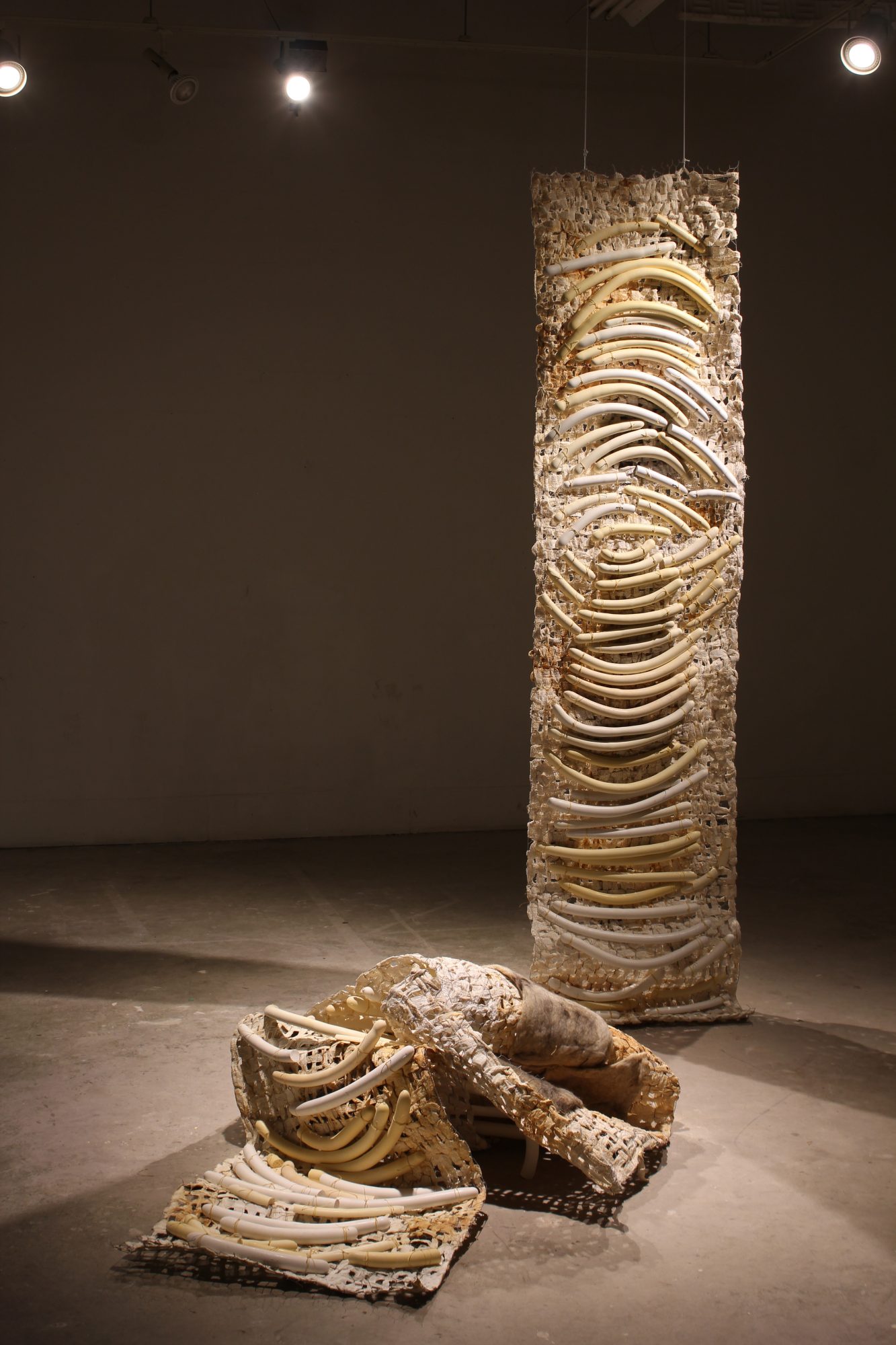 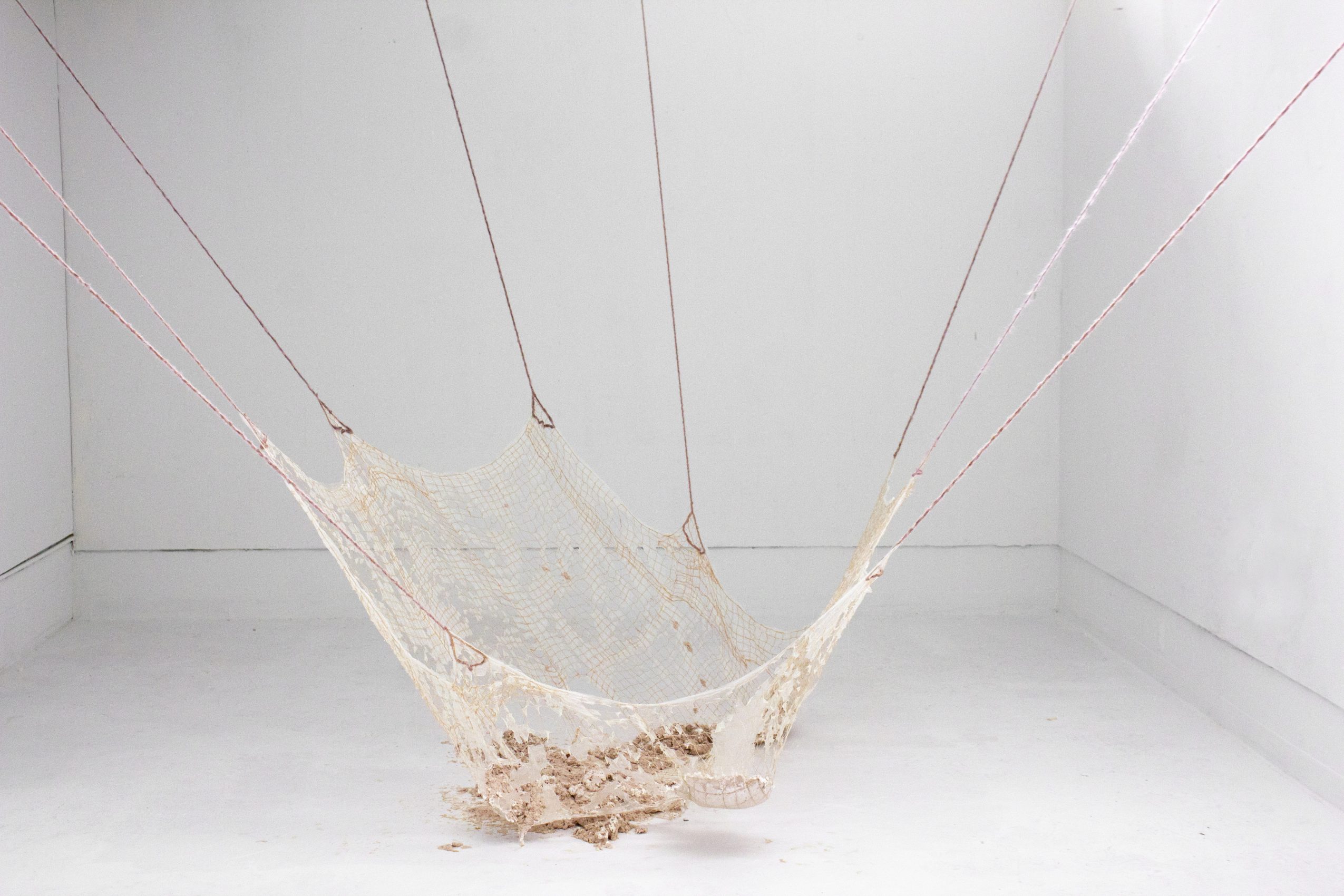