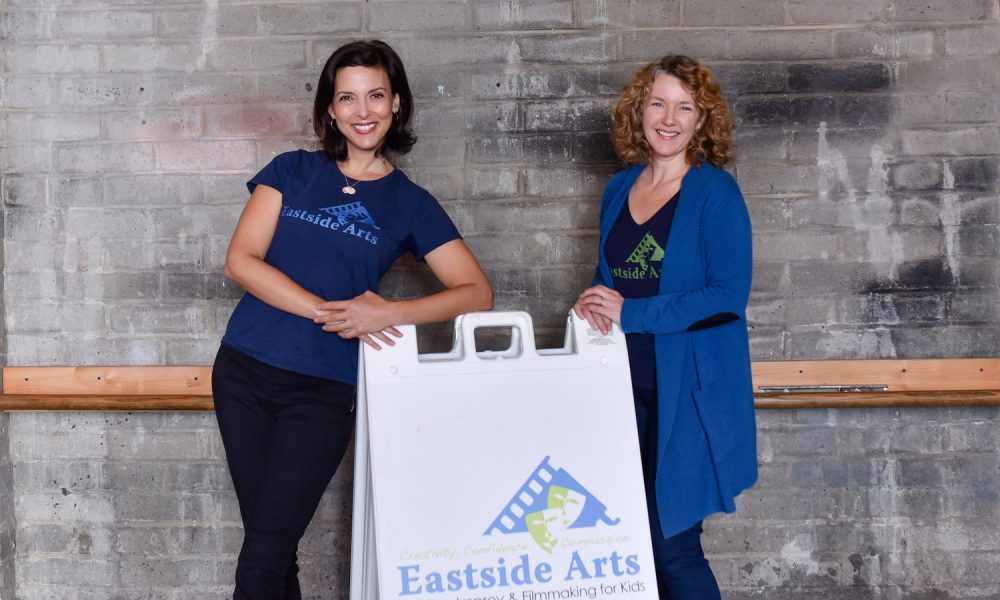 Today we’d like to introduce you to Kathryn Winslow and Elise Robertson.

Kathryn and Elise, please share your story with us.
Elise Robertson and I (Kathryn) are both actresses, teachers and moms, living in Highland Park for the last decade but somehow our paths had never crossed until two years ago. We both were teaching acting and improv separately (both privately and in studio) mere blocks from each other but had never met. Elise teaches a wonderful adult acting class and one day, about two years ago, I stopped by and we got to chatting. Some weeks later, Elise called me to sub for her because she had an audition and the conversation turned to how challenging it is to be a working actor and keep all the balls in the air, how we jeopardized our businesses everytime we got an acting gig and how tricky it was being one-woman-shows. We scheduled a coffee date and started to conceptualize the idea of joining forces. A handful of coffee dates later… we launched Eastside Arts in September 2016. We started with a day of free workshops for the community and were overwhelmed by the response. We had more students than we knew what to do with that day and it was clear there was a need for the kind of arts education we wanted to provide. Eastside Arts has classes in Acting, Improv, Filmmaking, Animation, Stop Motion Movie Making and Musical Theatre.

As mothers and as actresses, Elise and I were clear that we didn’t want the sole focus of the school to be on producing the next generation of film/tv stars. We knew how valuable the work we were teaching was in terms of actual tangible, vital and relevant life skills. In every class, though the exercises we teach, we foster teamwork, imagination, listening skills, and creative expression. Our motto is creativity, confidence, and compassion and we live and breathe that motto in every aspect of our business. It was important to us to create an environment where kids felt free to fail and learn resilience and how to recover from that failure. Experimentation plays a huge role in all of our classes, whether it be through creating 3D characters to animate or playing a theatre game in improv class and where there is experimentation, the end result can be spectacular success or massive failure. We celebrate both. They are both key to taking the next step. We also gear our classes around another key objective: having fun. There is more laughter and joy in our studio in one day than many experience in a lifetime. We are so honored to be a part of it all and are overjoyed by what we are growing at Eastside Arts – the next generation of phenomenal, well-rounded human beings.

Overall, has it been relatively smooth? If not, what were some of the struggles along the way?
Admittedly, there have been a few obstacles and challenges along the way… but, we were realistic from the get-go and knew there would be. At an early meeting, Elise and I voiced our worst fears about the business and our partnership and that has proven very useful in understanding and having compassion about where the other person is coming from. Because we didn’t really know each other (like at all!) when we started working together, it has been wonderful to get to know each other while doing something that we love: teaching, business development, and creative endeavors! Elise is a filmmaker, writer, and producer, in addition to being an actress so she has developed the filmmaking side of our business single-handedly. In addition, she has so many other talents and strengths that I don’t have and I am grateful for all the times she has picked up the ball and run with it when I am limping along, overwhelmed by other aspects of the business or life. We really have a different but very complimentary skill set and have been able to juggle so much together without dropping too many balls.

Hello! Elise here, chiming in. Yes, to the complimentary skill sets point – Kathryn is an AMAZING organizer and communicator. She does much of the scheduling and keeping things on track, conversations with parents, and is looking ahead toward the new session even as I’m in the weeds thinking about the current classes. I don’t know how we’d ever keep on track without her! Another thing I value so much about our interaction is the ability to discuss curriculum ideas and also things that come up in class, such as the challenges we sometimes face in reaching individual students. Every child is unique, and part of our mission is to find the way to reach them personally in a way that helps them open up, to become (as our motto says) confident, imaginative and compassionate towards themselves and others.

Kathryn again 🙂 Doh! This was supposed to be about obstacles and challenges we have faced, but I have revealed myself again to be the “Pollyanna” that I am! I can’t help it. I am a glass-half-full kinda gal. Life is too short to dwell on the complications when there is a solution right around the bend if you just keep seeking it. See? There I go again.

One glorious obstacle we have overcome was the result of both Elise and me booking a lot of acting work in the last two years and miraculously we were never booked at the same time so we were able to cover for each other! That synchronicity will hopefully continue because Elise is directing a film this month and I am teaching her classes while she is on set. I hope the Theatre Gods didn’t hear that and I didn’t just jinx us!

Alright – so let’s talk business. Tell us about Eastside Arts – what should we know?
Eastside Arts is a community performing arts school. Our mission is to cater to the Northeast Los Angeles area, providing performing arts class that teach important life skills through creative play. We believe that the performing arts (and under our “performing arts” umbrella we also include filmmaking and animation) are a wonderful way for kids to 1. grow their creative sides, through imaginative games and explorations, to 2. learn about teamwork, as they connect and work together to create plays, films, and improvised scenes and to 3. become self-assured, clear and direct in their communications with others. In today’s rapidly changing world, communication skills and flexibility are among the most highly valued of workforce skills, and our classes develop these specifically, but in a fun, game-based way, so that the learning feels to the kids more like fun. In fact, the goal is for them to love the exploratory process, the sense of discovery that is always involved in working with others to create something. They are learning to love learning.

Unlike many other performing arts schools in Los Angeles, we specifically do not cater towards the industry. As working actors who have often played Moms, both Kathryn and I have experienced working with “showbiz kids”. To be fair, a lot of the kids I’ve worked with have been very smart and well-adjusted, but others – well, there is a stereotype of the child actor that exists for a reason. Kathryn and I were adamant that we wanted to give our kids all of the wonderful community and character building skills that the performing arts had to offer without having them be too focused on some of the potential pitfalls that come with acting: self-image issues, the competition for parts, etc. We like to think of our school as the un-Hollywood performing arts school for kids who want to learn and grow and have fun. If they end up doing well in the industry (and we’ve had our kids on series, starring films, commercials and more) well, that is a bonus and not our goal.

Speaking for myself (this is Elise), I am most proud when I see a shy child open up and play loudly with their peers, or when I see two kids listening intently to build a scene together, or when my young filmmakers put together a film from start to finish, organizing every aspect from script to shoot to editing. If they can do it without my help, that is the greatest success!

A funny anecdote – one of the things we teach our kids in acting class is that acting is about doing, not for the benefit of the audience but in the action of the scene, and that if you focus on your scene partner and what you are doing with them, that will be good acting, as opposed to trying to “show” an emotion. On my way to an audition last week, with my kids in the car (it was spring break), I was running my lines to myself. I finished and asked my daughters (who have both taken my acting class a number of times), “How did that sound?” My daughter Sadie chimed in, “Mom, don’t think about how it sounds, think about what you’re doing.” That, to me, was a super proud moment!

Any shoutouts? Who else deserves credit in this story – who has played a meaningful role?
Nope, we did it all ourselves without anyone’s help whatsoever. Ok, not totally true.

We both have amazing, supportive families who have cheered us on every step of the way. We also have slowly and carefully expanded our roster of teachers to include the best in the business and they are the ones who really make us shine. Wes Burian, who co-teaches the Animation class with Elise has worked at Dreamworks Animation for the last 15 years and Krista Sutton, who heads the Musical Theatre class is a quadruple threat. There is nothing that woman can’t do and together with Mina Bloom (Musical Director) and Katelyn Newham (Choreographer), they have taken our Musical Theatre class over the top. Graham Drake-Maurer is one of our beloved Theatre Games teachers and he already has a devoted fan-base of 5-year-old boys, while Sam Doumit supports our Acting 2 class and those students benefit from seeing how it is done by a working pro.

But – toot!toot! – that is the sound of us tooting our own horn… Elise and I have raised this barn with a whole lot of hard work and determination, despite all the juggling that goes on with other jobs and raising our kids. We basically jam it all into one face-to-face administrative meeting on Wednesday mornings (after we drop the kids off at school) and then we communicate via email and text all week long, knocking things off our to-do list. We long for the day when we have an administrative assistant who can share the workload with us. That day will come! 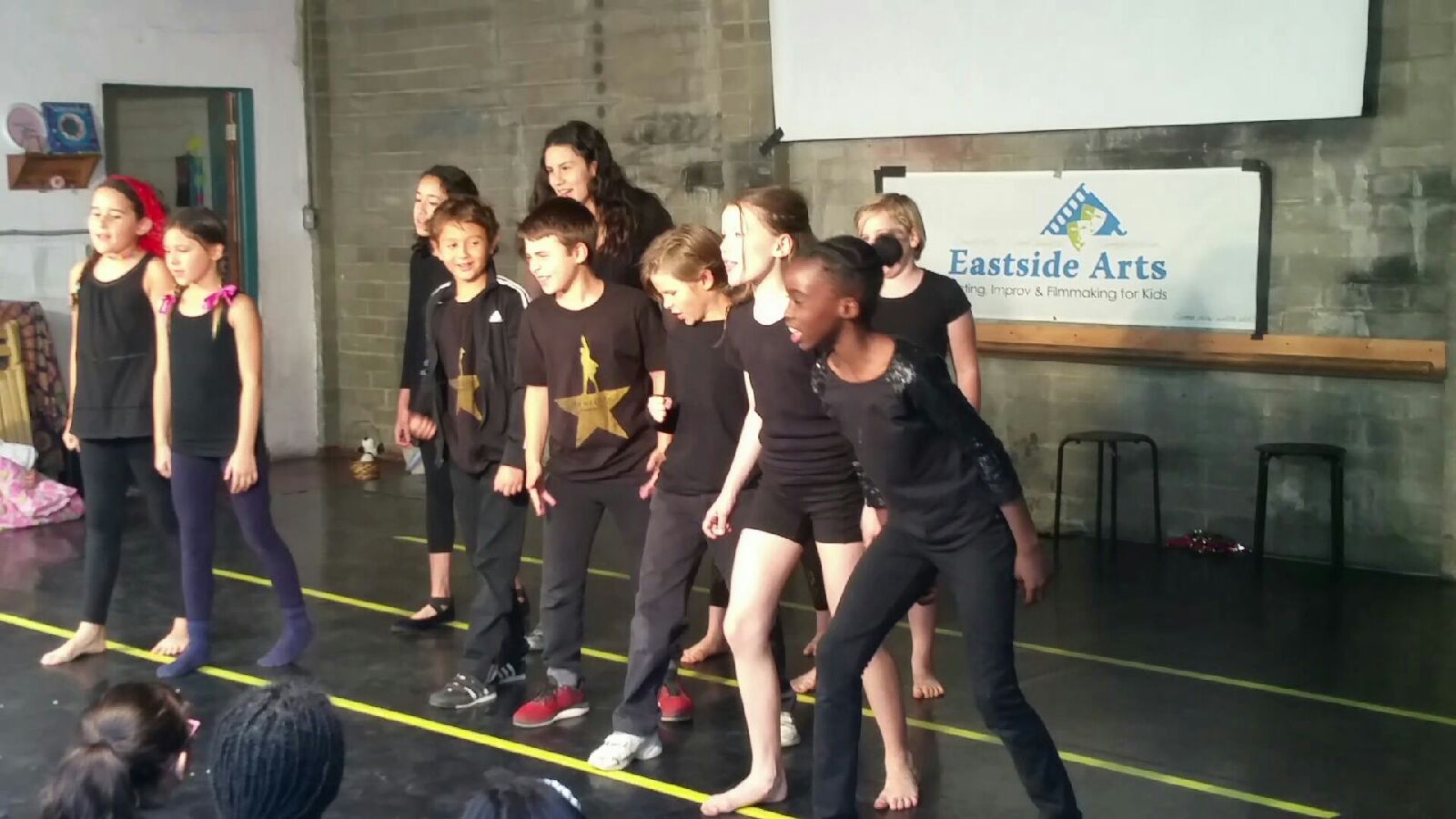 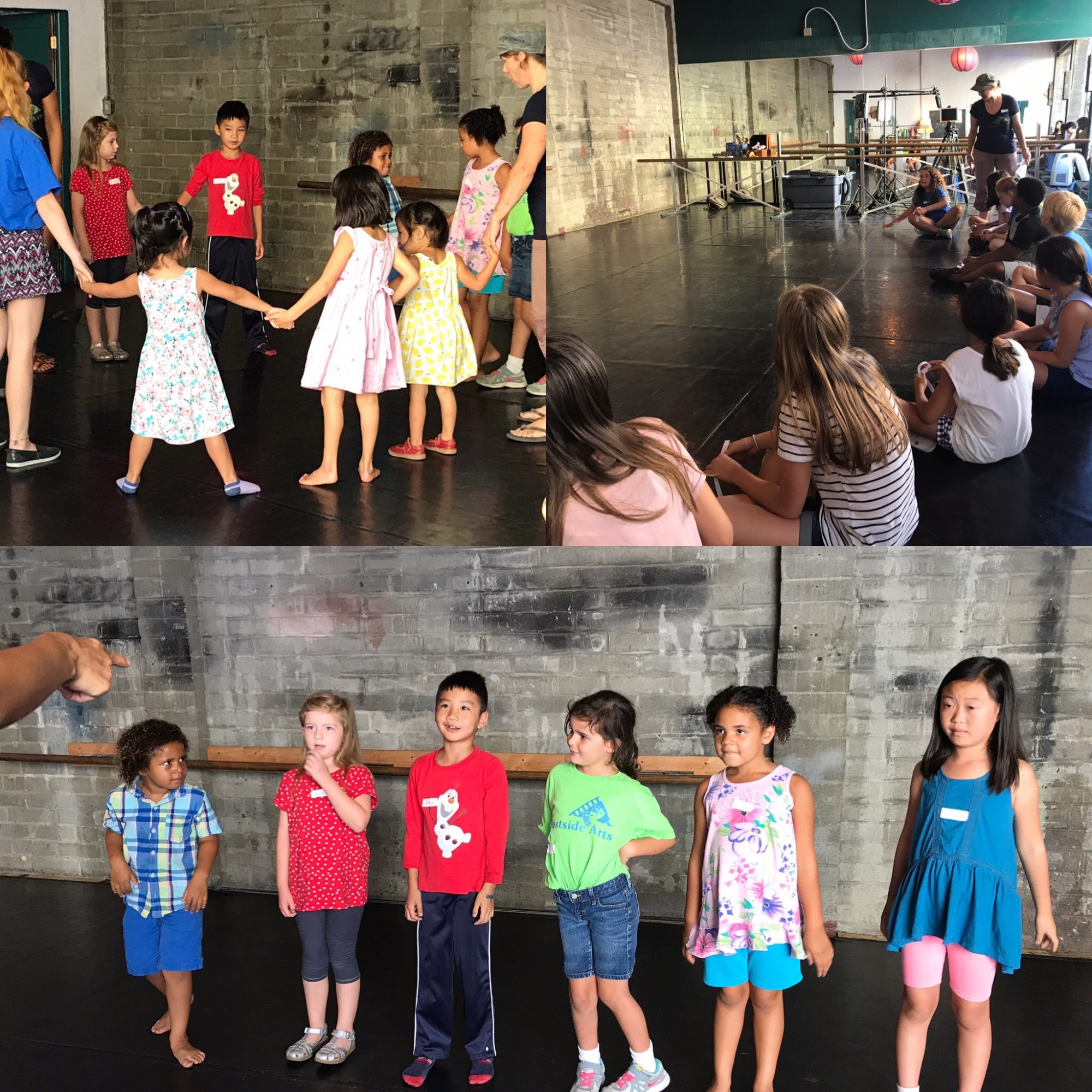 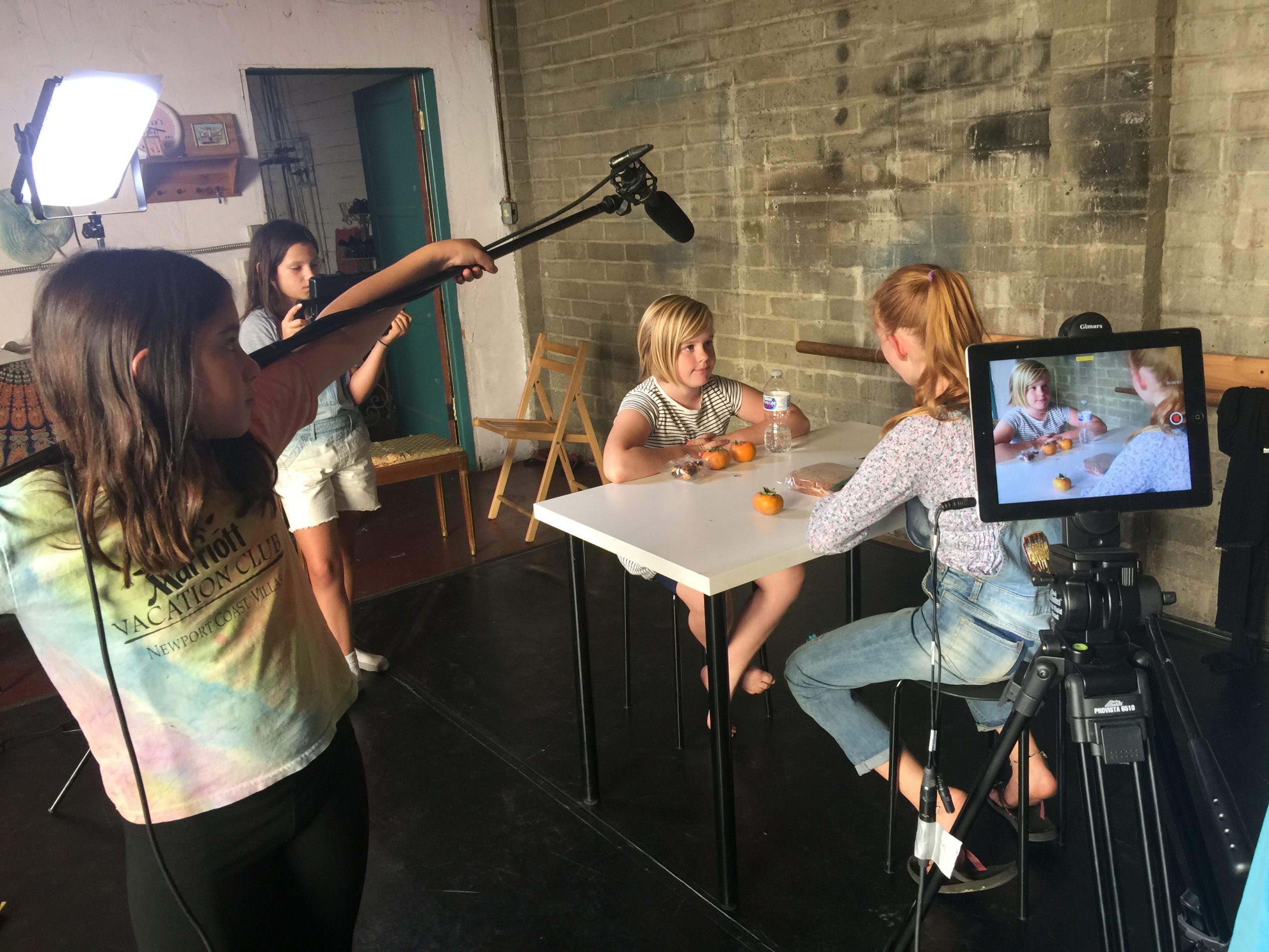 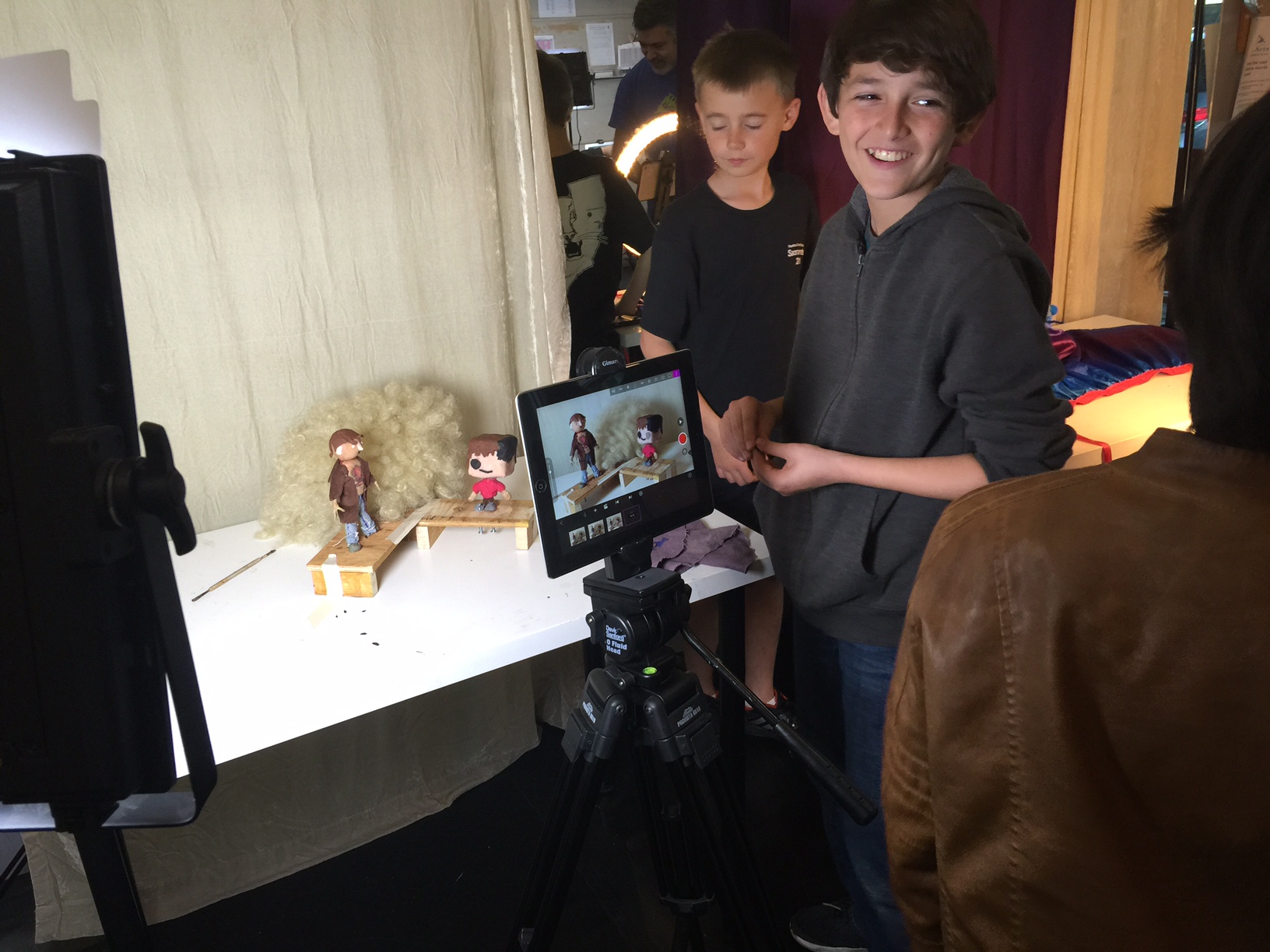 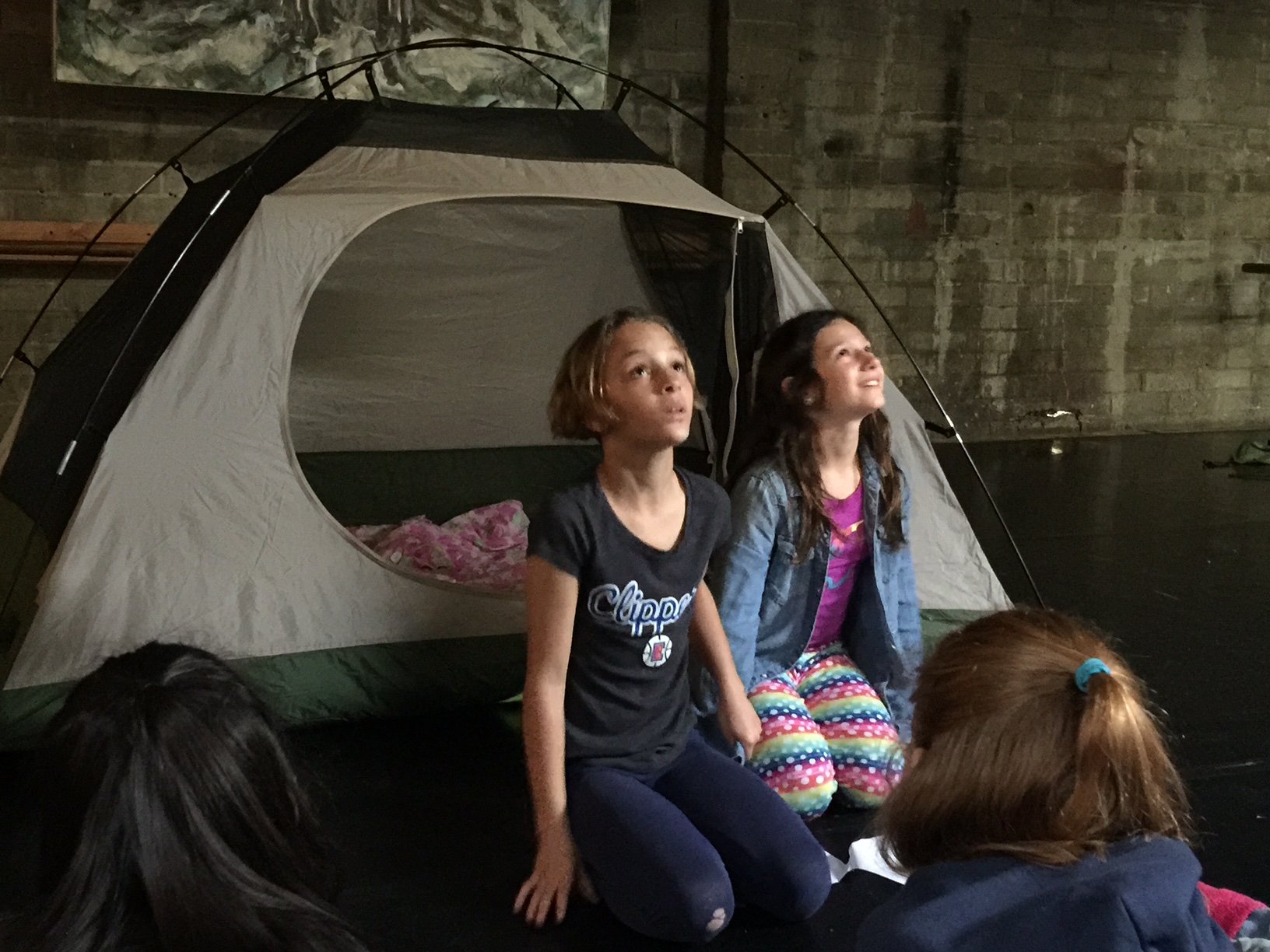 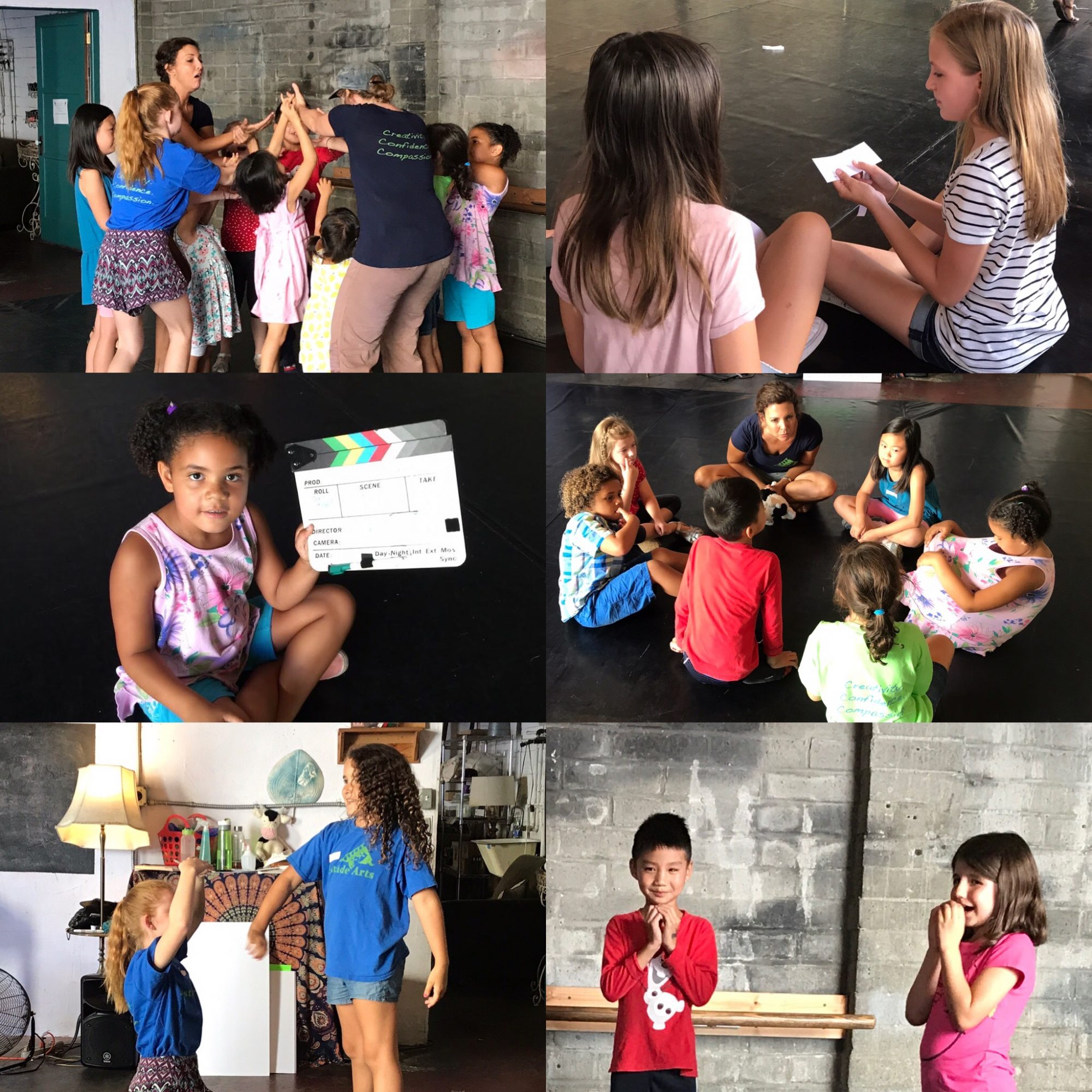 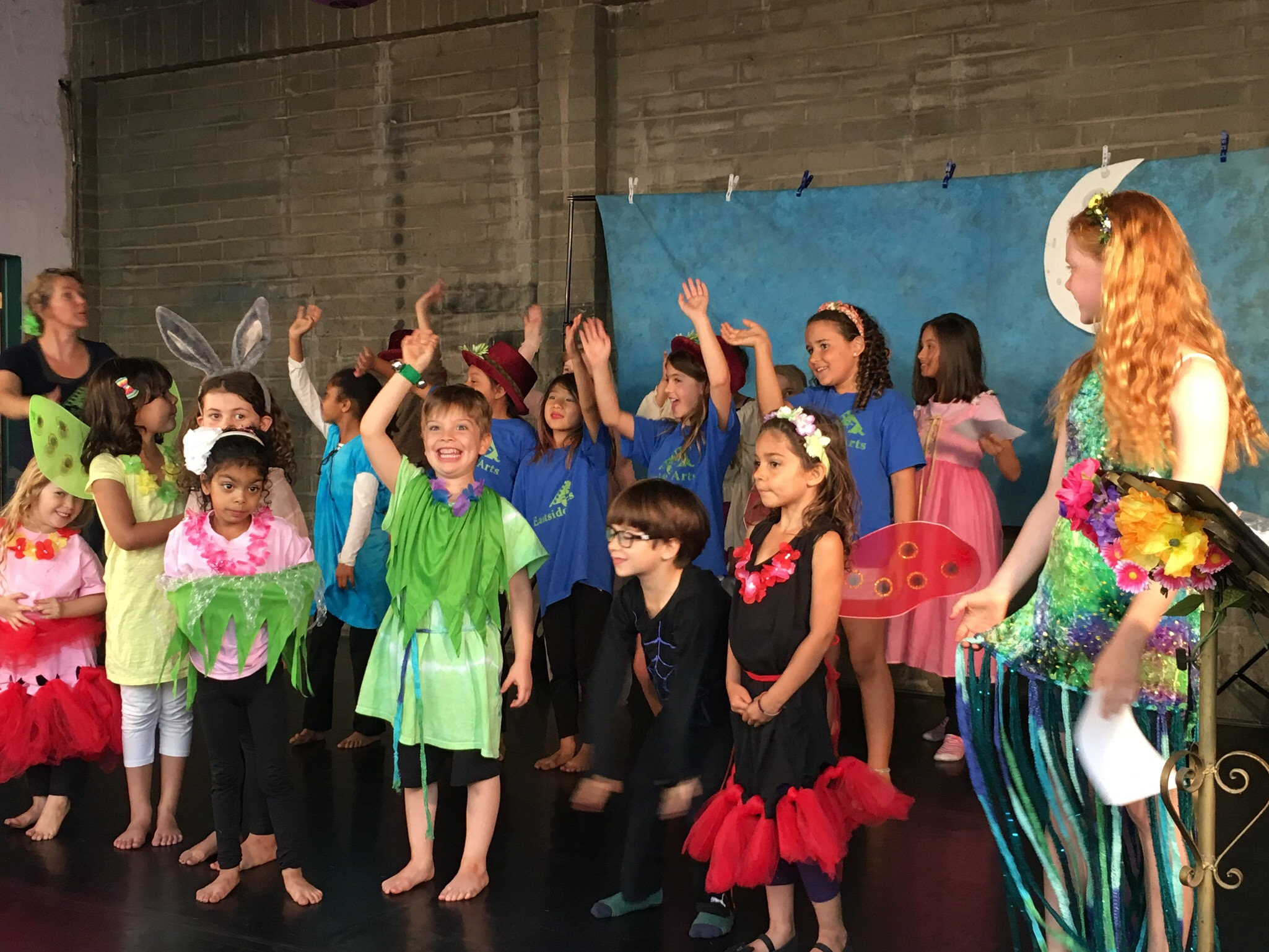