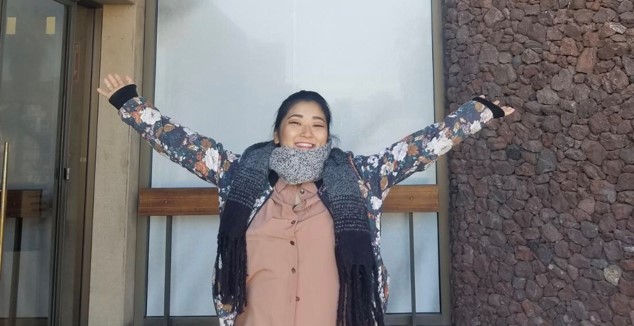 Today we’d like to introduce you to Kao Miyamoto.

Kao, let’s start with your story. We’d love to hear how you got started and how the journey has been so far.
I was born and raised in Tokyo, Japan. I have always been considered the creative sibling in my family. Growing up my parents knew that I obsessed over the details and effects in movies. Because of this, they would gift me with VHS tapes and DVDs of different movies to watch for my birthdays and Christmas. I watched and studied these movies all day long, picking up different details each time.

My favorite film genre is Science Fiction/Fantasy Action Movies and Art films. Star Wars and Lord of the Rings are the movies that most peaked my interest in the art of makeup as well the creature creation aspect. Once in high school, I knew that I wanted to work in the movie industry. I noticed that the majority of the movies that I watched at the time were Hollywood productions.

These movies had a lot of special effects makeup which made me eager to pursue an education in the movie makeup industry; specifically the movie makeup industry in Hollywood. My initial challenge at the time, however, was that I did not know the English language. Not willing to give up or compromise my dreams and opportunities in any way, I decided that I needed to attend a University in Japan.

At this university, they offered basic special effects makeup class as well as English courses where I would have the opportunity to learn and transfer abroad. In college, I studied set design and took the few classes that they offered in makeup. When I created my first set of makeup bruises and wounds, I knew I was interested in pursuing special effects makeup long term as a career.

I worked vigorously to save money so that I could be financially prepared to relocate. In my second year of college, I was finally accepted into the English exchange program at the University of California Riverside. I promised myself that I would not waste the opportunity that was given to me to learn English in America.

However, after completing only my first year at UCR, I had to return to Japan to complete the remainder of my college education. During that time, I not only worked hard towards my educational goals but also to save up to afford to continue an education in special effects makeup in Hollywood, California.

After receiving my degree in Japan, I returned to California where I was able to attend EI School of professional makeup. So enthused with this opportunity to return, I excelled in every project I was given. It was because of this that I was acknowledged by the school as the most outstanding artist. After I graduated EI, I was given the opportunity to work on a short film that a friend from UCR was producing at the time.

After this production, I worked on a few other productions before being introduced to Mr. Daniel Joo – an inspiring actor who was the lead actor on the project my friend from UCR produced. Mr. Joo kindly referred me to a director who was producing a short film that he wanted to submit to short film festivals. The project’s name is “Kommando 1944.”

It is about an Asian American soldier Corporal by the name of “Soo,” who is thrown into a Nazi work camp on a farm in Germany while his family, back home in America, are forced into an American Japanese concentration camp in Manzanar, California.

It was because of this project that I was recognized and honored with the Los Angeles Film Award for Best Makeup. Currently, I continue to work and learn on various movie sets. Although I have been blessed with so many special effects movie opportunities, my ultimate dream career is to work on the set of a big movie production as a successful movie makeup artist.

Has it been a smooth road?
Moving to The U.S. was challenging. The hardest part was learning English to communicate along my peers. I had a lot of help from my house family and the close friends I made In UCR. My language barrier proceeded to be an issue throughout my makeup education. I had to learn to translate makeup terminology because I never heard them before.

We’d love to hear more about what you do.
While in makeup school, I have had some film projects, photo shoots, and attended makeup conventions. I was serious about my business as a freelance makeup artist after I graduated from the makeup school. Although I’ve been trained to work in all aspects of makeup including Beauty, Fashion, TV/Film, and Theatrical.

I am specializing in Special Effects Makeup such as Injury Simulations, Prosthetics, Character Creations, Tattoo covering, Beards, etc. What I most proud of as a makeup artist so far is receiving awards such as most outstanding artist award from my school and best makeup award from the LA film festival.

I felt so proud and blessed to be recognized by my work. What I think sets me apart is that I am meticulous about my work. I have a lot of pride in the work I put out. Projects that are last minute, Big or small. I feel like I am always over prepared and because of this, the productions go smoothly because I am prepared for any makeup related problem.

Is our city a good place to do what you do?
Yes. Los Angeles is a great city for any creative person wanting to create. I feel that if you are starting out in anything you should go online and find people who share similar interests and create a network with multiple people so when you decide to move anywhere you have a good starting point, and you are not totally alone.

In my opinion, I think Los Angeles is one of the best places to move because there are so much creative people wanting to work together and help each other out you just have to find those people. 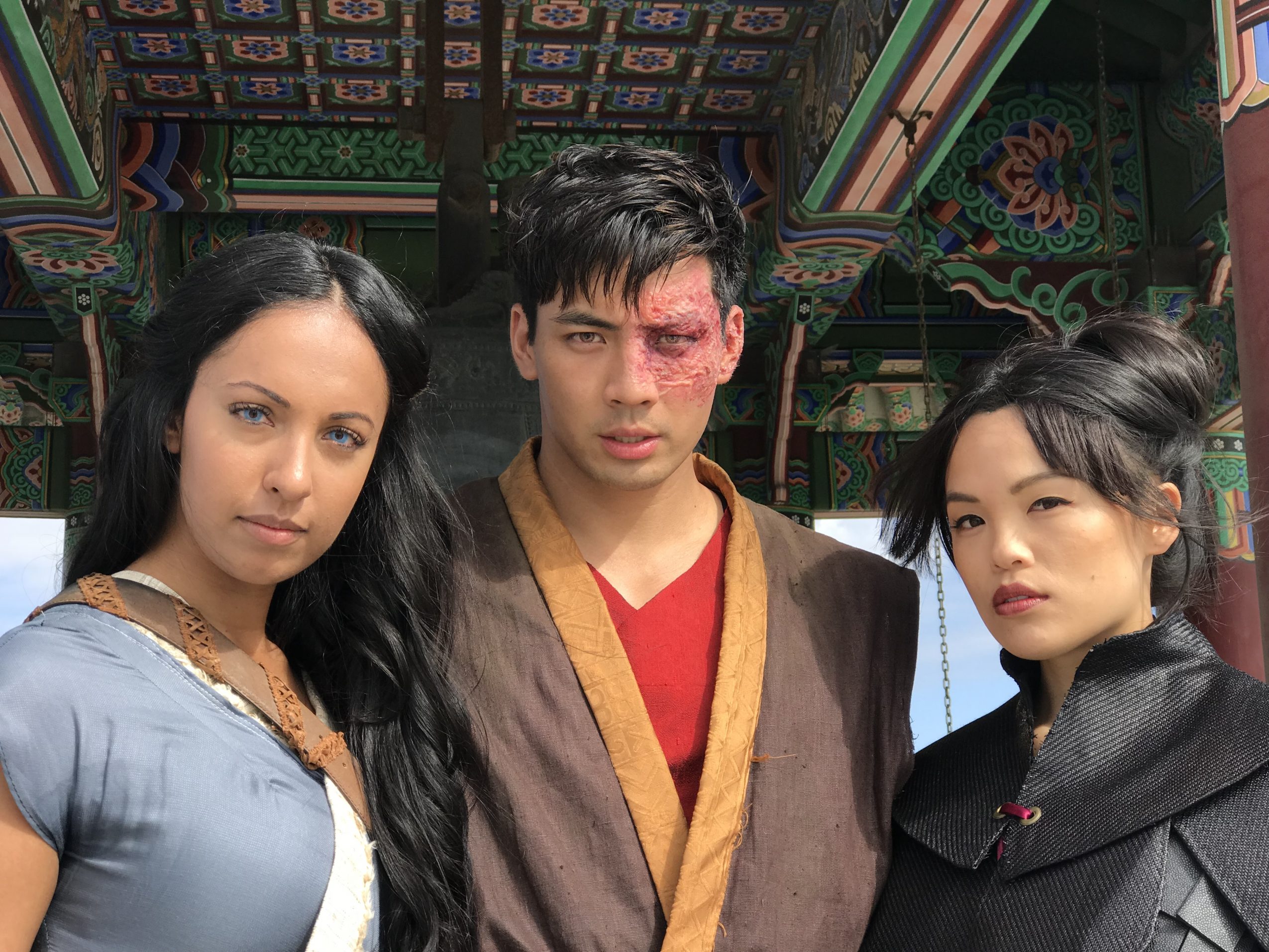 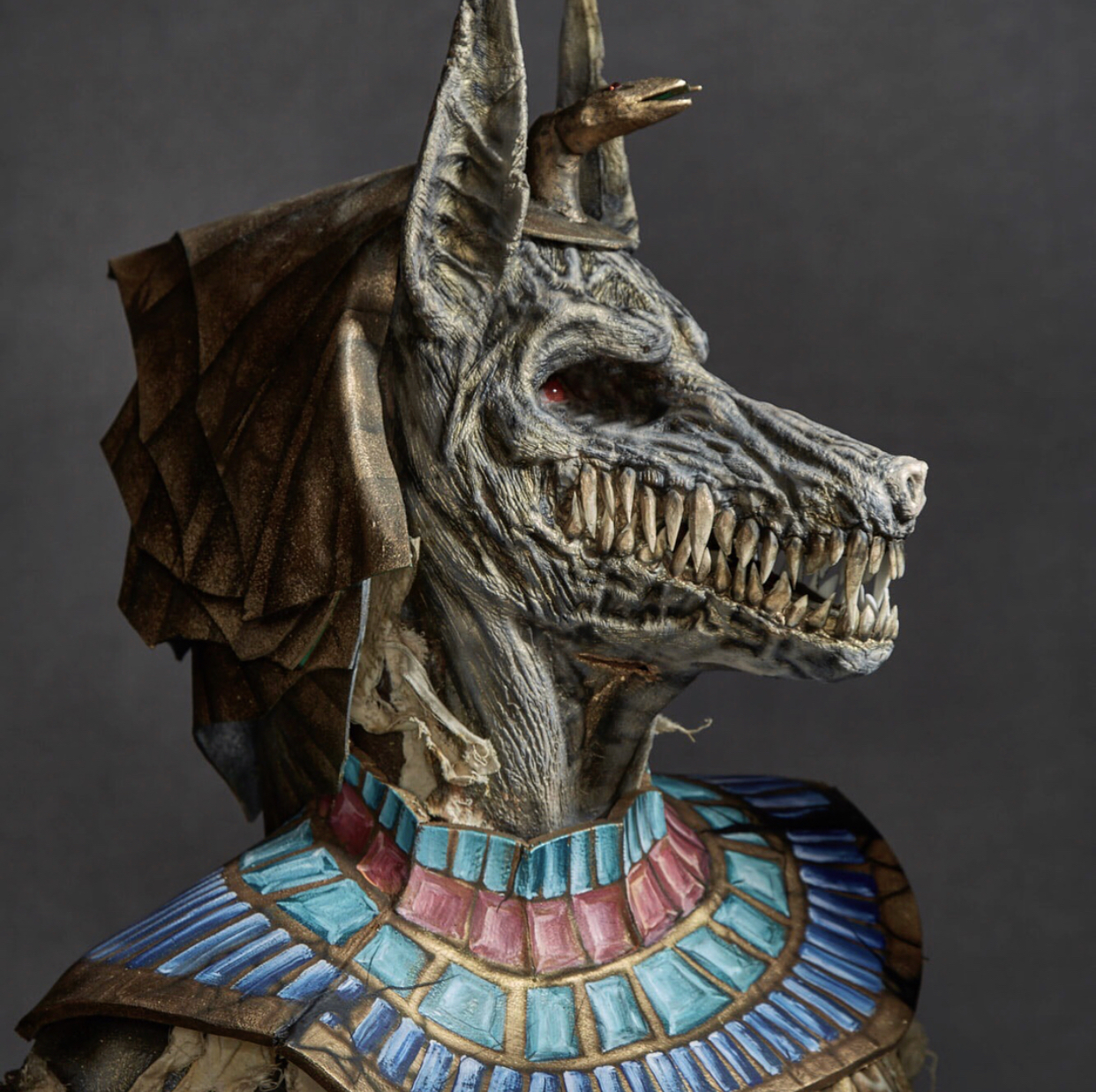 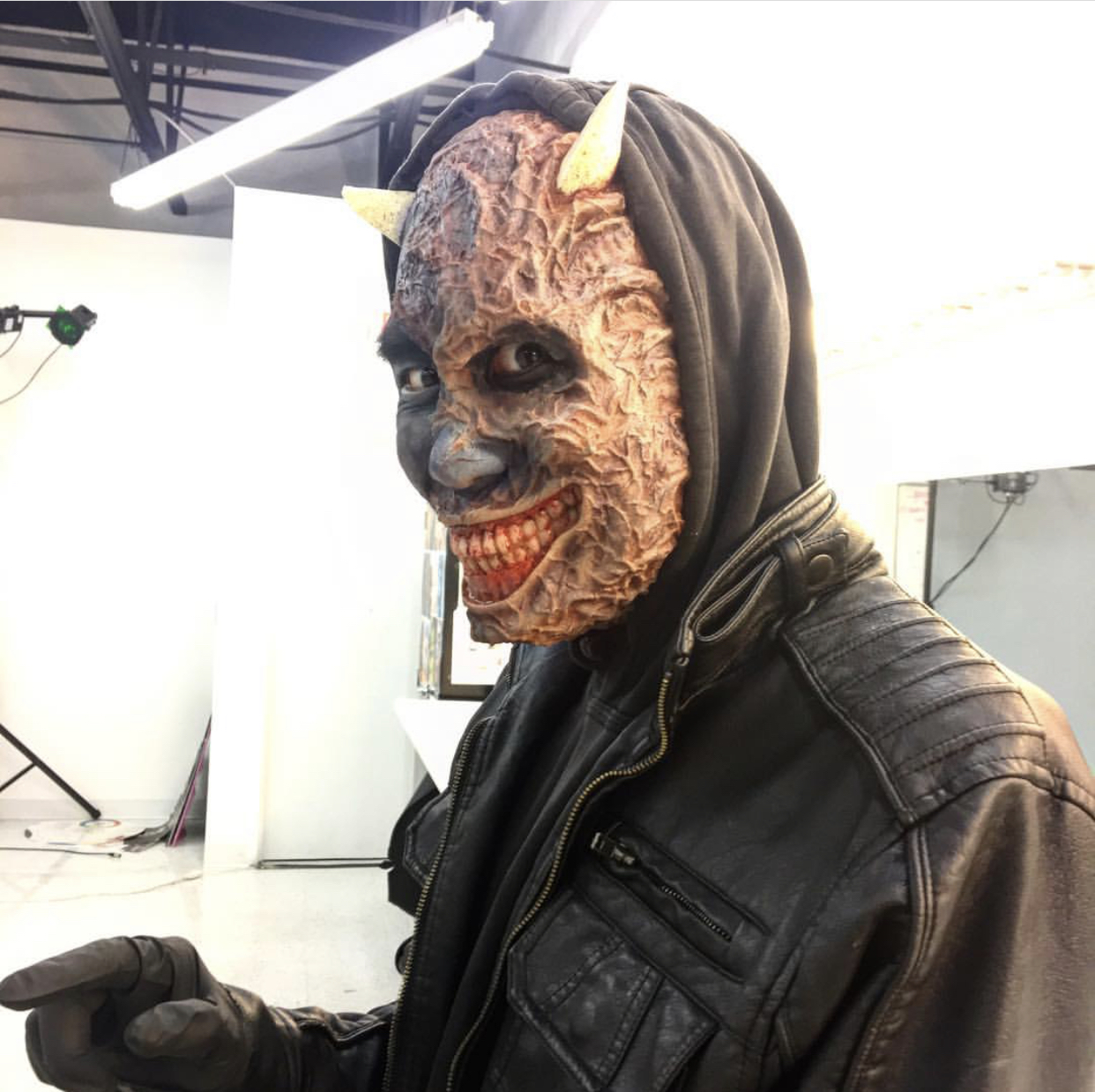 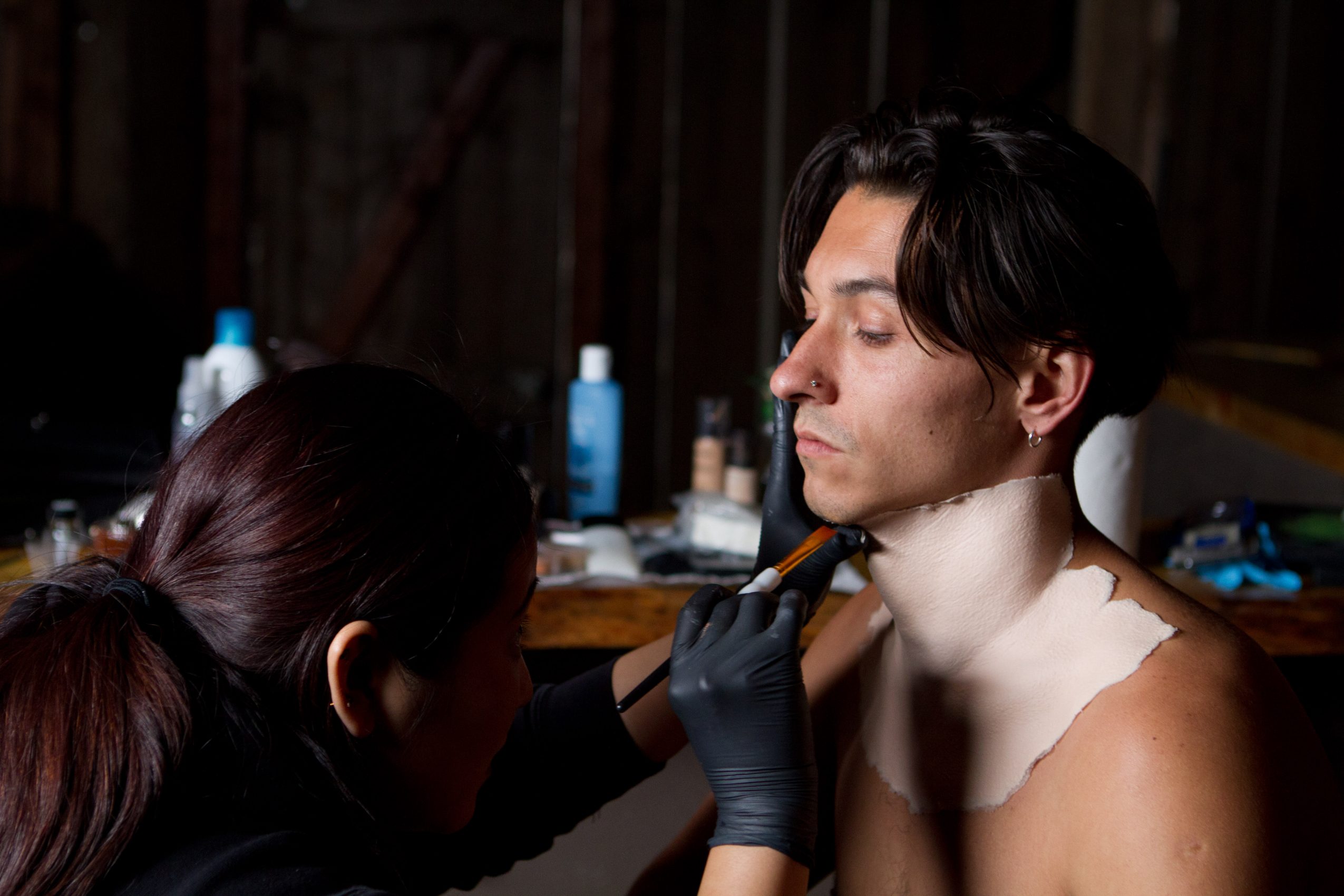