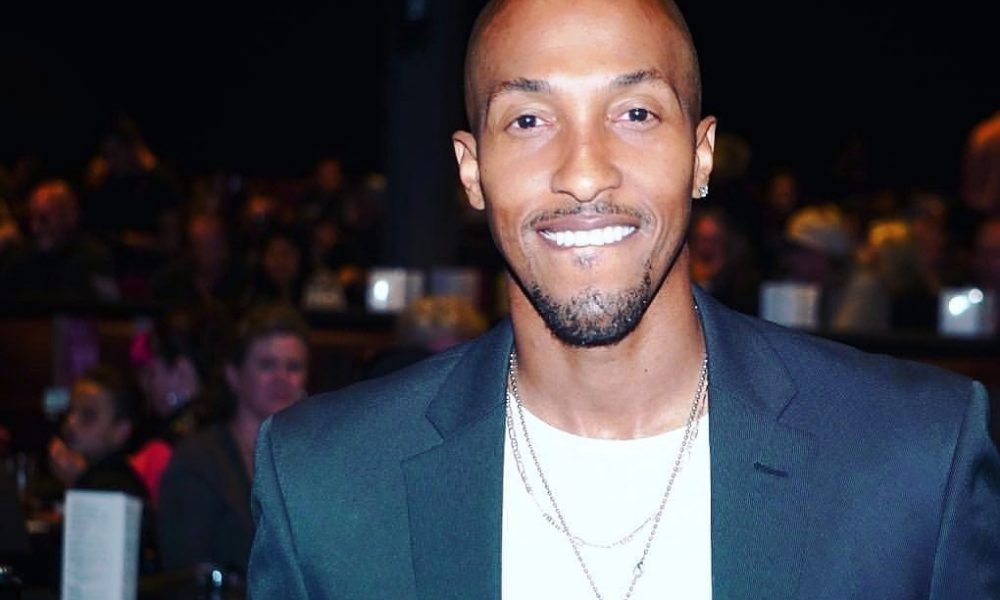 Today we’d like to introduce you to Junior LLedo.

Junior, let’s start with your story. We’d love to hear how you got started and how the journey has been so far.
My story is probably one of the craziest true-life events’ that you’ve ever heard. I was born in Texas but raised to Bay St Louis, Mississippi. But in August of 2005, my entire world changed. That was the year of Hurricane Katrina. I’ll never forget the night after the hurricane when I walked outside to witness so much destruction. Trees were lying in the streets, cars were flipped on top of each other, homes were missing rooftops, and the devastation and fear on people’s faces was unforgettable. The humidity was hot, and people were walking around like zombies. You could hear helicopters roaming the sky as looked up and prayed to God. I thought it was a dream, but it was reality. A military helicopter flew over a group of us dropping “MRE” packs Meals, Ready-to-Eat from the sky. I have seen people grabbing the brown packages, so I followed along and grabbed several. I opened the package and added a cap full of water as my food began to cook. I was in so much shock I couldn’t cry but I asked God to help me through this tragedy. I went back to the home that I stayed at during the hurricane and a gentleman I barely knew told me his twin brother was a Sheriff from California and he was coming to Mississippi to pick him up and bring him back to California. I thought to myself this could be the sign that I’ve needed. His brother made the trip to Mississippi within 24 hours. I’ve never begged for anything in my life but at that very moment I begged him, and his brother allow me to come with them to California. As they thought about it, I prayed harder than I had ever have. Once they agreed to allow me to come with them, I said a quick goodbye to my family and took off to California. Once I got here, I was excited yet depressed because eventually, I was alone. I moved out of the house with the twin brothers and I needed something to take my mind away from the pain. I decided I wanted to write and sing music to give me an escape. It was a crazy idea because I had never sung or written music in my life, but my desire was stronger than my depression. As we fast-forward to 2019, I’ve since written and recorded three studio albums, won two VCMA Music Awards, written with Song Land producer Jared Gutstadt, and Marlon Wayans for Netflix Films hosted VCMA Music Awards, created a musical platform Luminary Sounds for undiscovered indie artist, and now host a Podcast. Hurricane Katrina was more than a natural disaster it was also an emotional storm. The type of storm that could cast me away, but God wasn’t through with me yet. I found peace within the storm.

We’re always bombarded by how great it is to pursue your passion, etc. – but we’ve spoken with enough people to know that it’s not always easy. Overall, would you say things have been easy for you?
It’s had its challenges. At first, my biggest obstacle was realizing that everyone is not going to support you. It took me a few years to realize that complete strangers were supporting me more often than people that I had known. It used to bother me, and I would ask myself why do they not like me? What did I do for them to ignore my DM’s about my new record or podcast? They would Ghost me and more than often not even reply. Eventually, I stopped caring about pleasing others and found solace in just creating what felt good for me. I stopped looking for validation. When people know you personally, they compare your journey and successes to their own and they’re less motivated to support while still on their own journey. When people don’t know you, they only see you for your gifts and not where you came from.

So let’s switch gears a bit and go into the Luminary Sounds story. Tell us more about it.
Luminary Sounds an independent musical platform dedicated to highlighting the best undiscovered musical artist. With so much attention focused on today’s mainstream artist’s independent artist is very overlooked. Most of our submission request comes from our website but My co-host Francois The Great and I do a great job on researching the artist before we connect with them. We share their music on all our social media sites, record their live performances, give album reviews, interviews, and discuss their music on the podcasts. I’m most proud of the impact that we’ve made within a short amount of time. Most of the artists have never done interviews and we’re the first to provide that for them. We have each artist sign their autographs on a polaroid for us and just seeing the joy and watching the artist take advantage of the moment is exciting. What sets us apart from the others is our unique tandem. As a musical artist, I know the struggles and joys of being an independent artist because I’m in their shoes and I can relate. Francois The Great has been a historian of music for over ten years. Because we can relate and understand the music history, it gives us an edge over anyone who does what we do.

Has luck played a meaningful role in your life and business?
I wouldn’t call it luck, I would call it the moment. I took several moments to lead us to where we are now. I remember being laughed at by engineers, artists, and others when I said I wanted to promote other artists over my own material. That moment was defining because I chose to help others than myself. 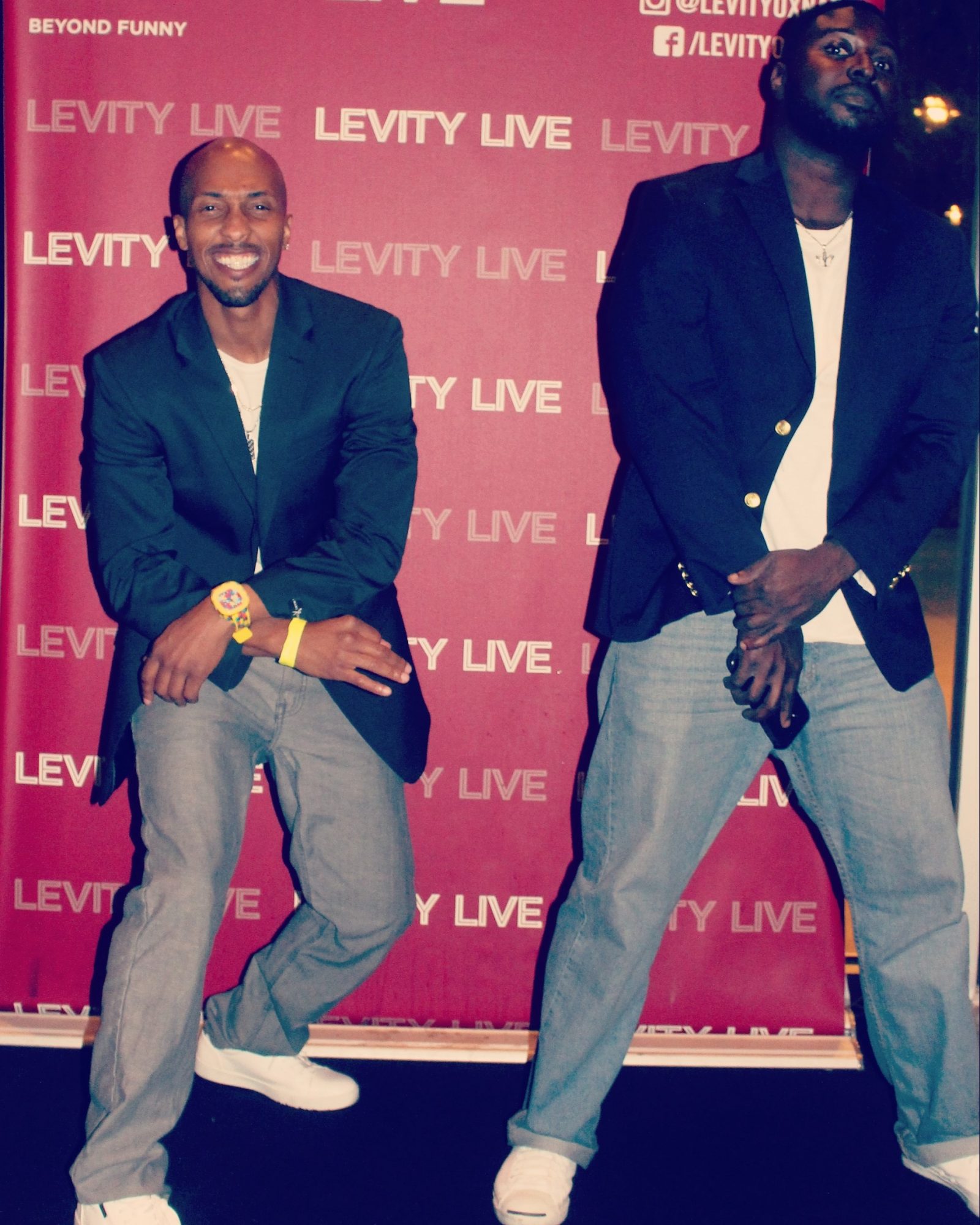 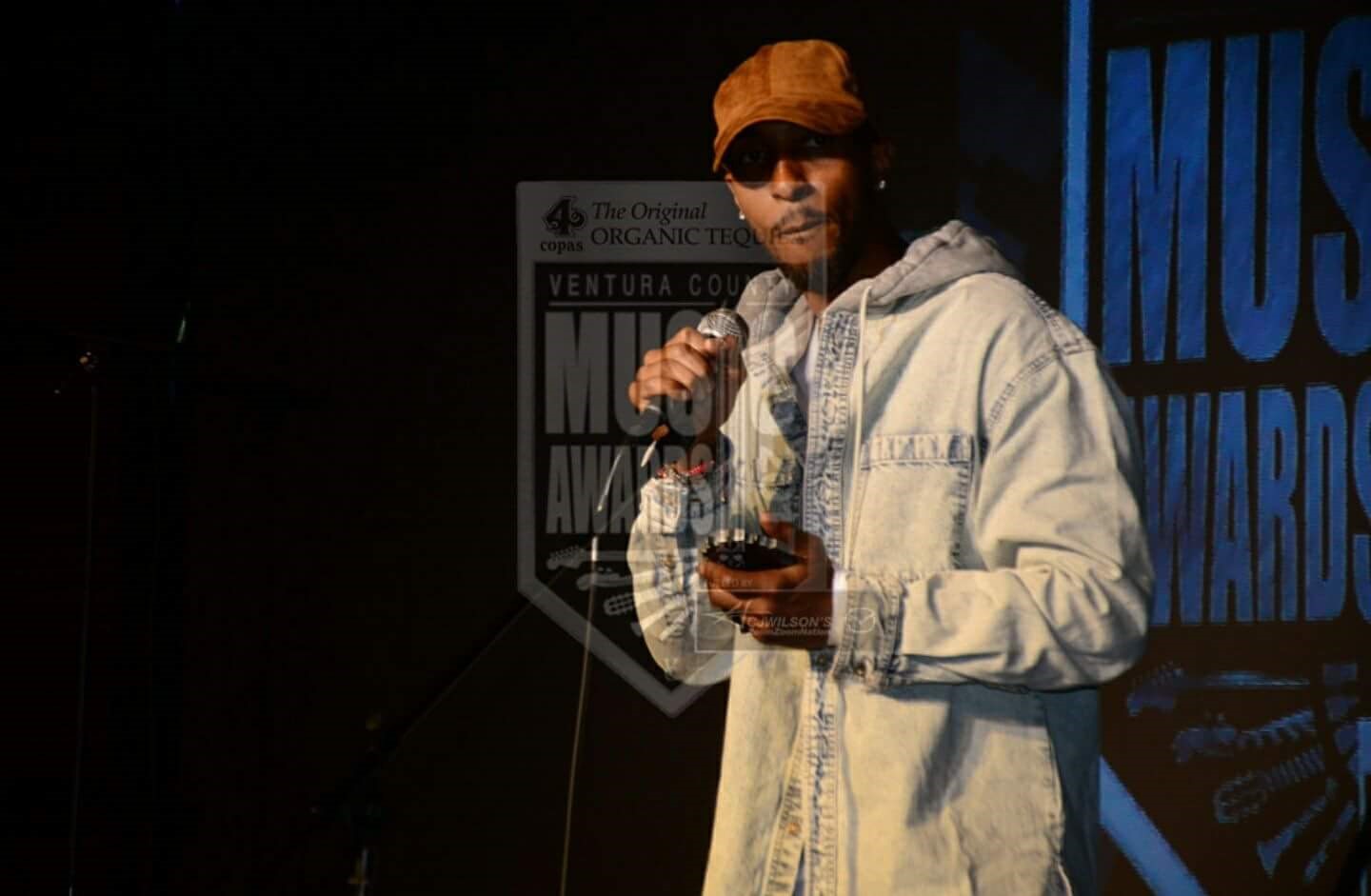 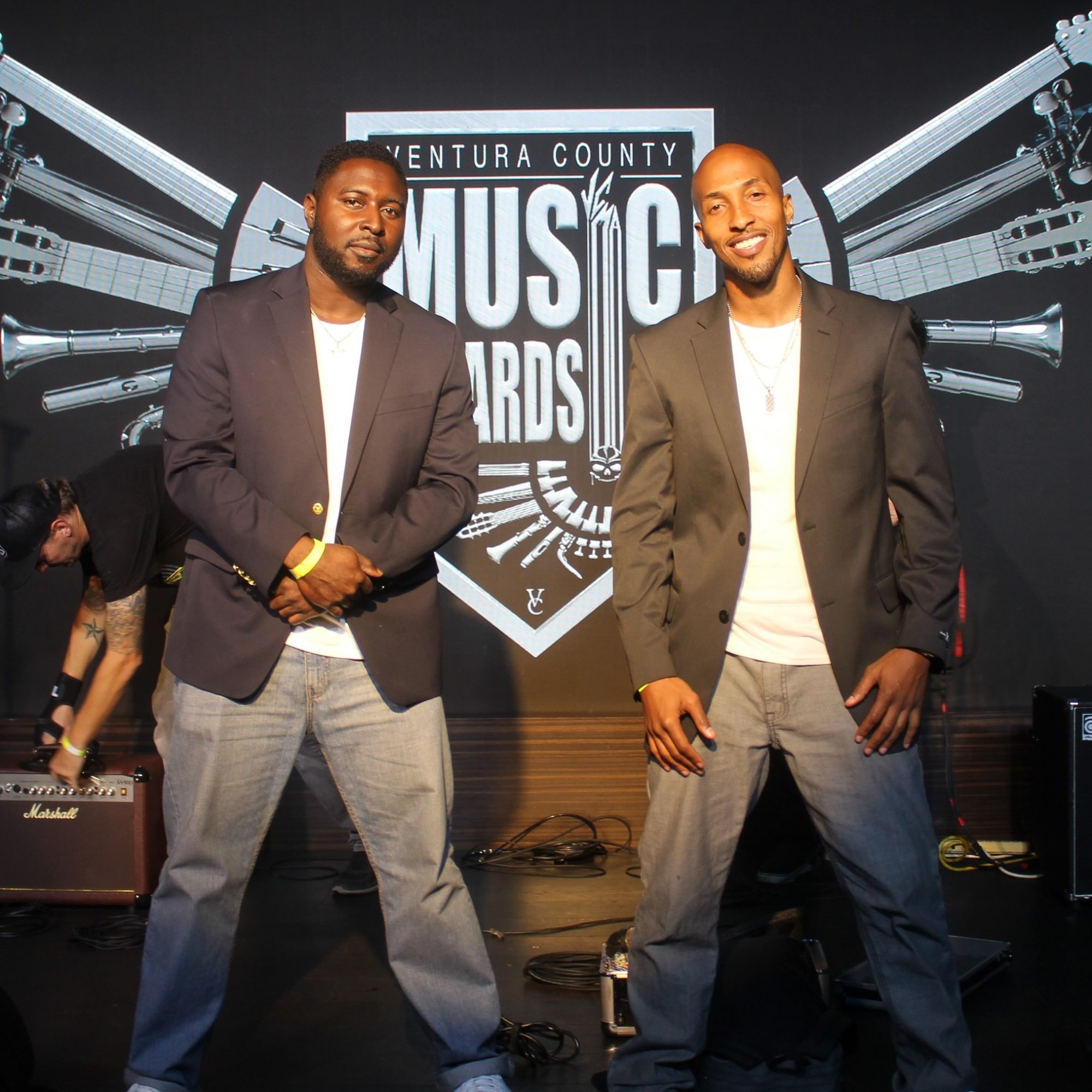 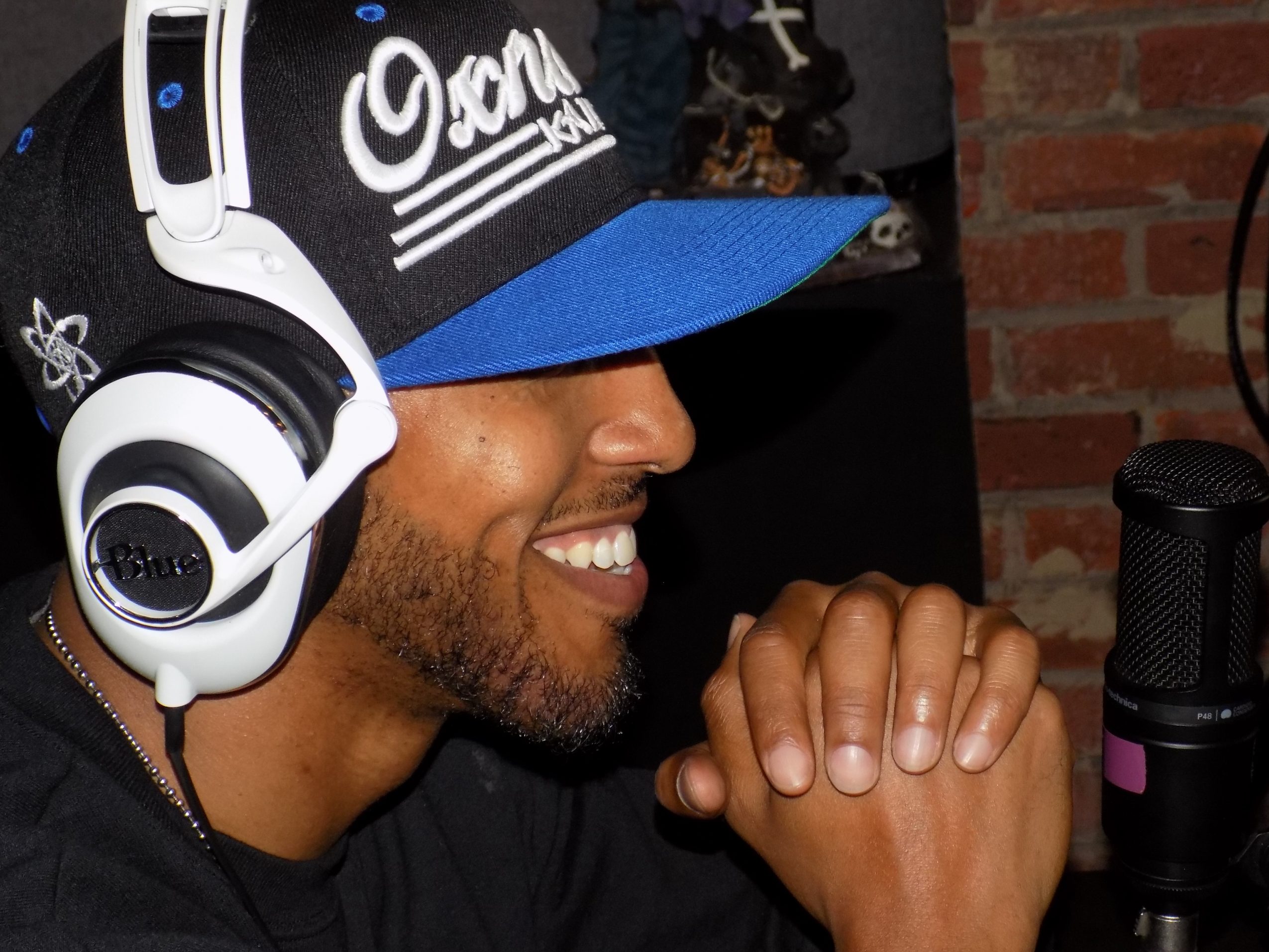 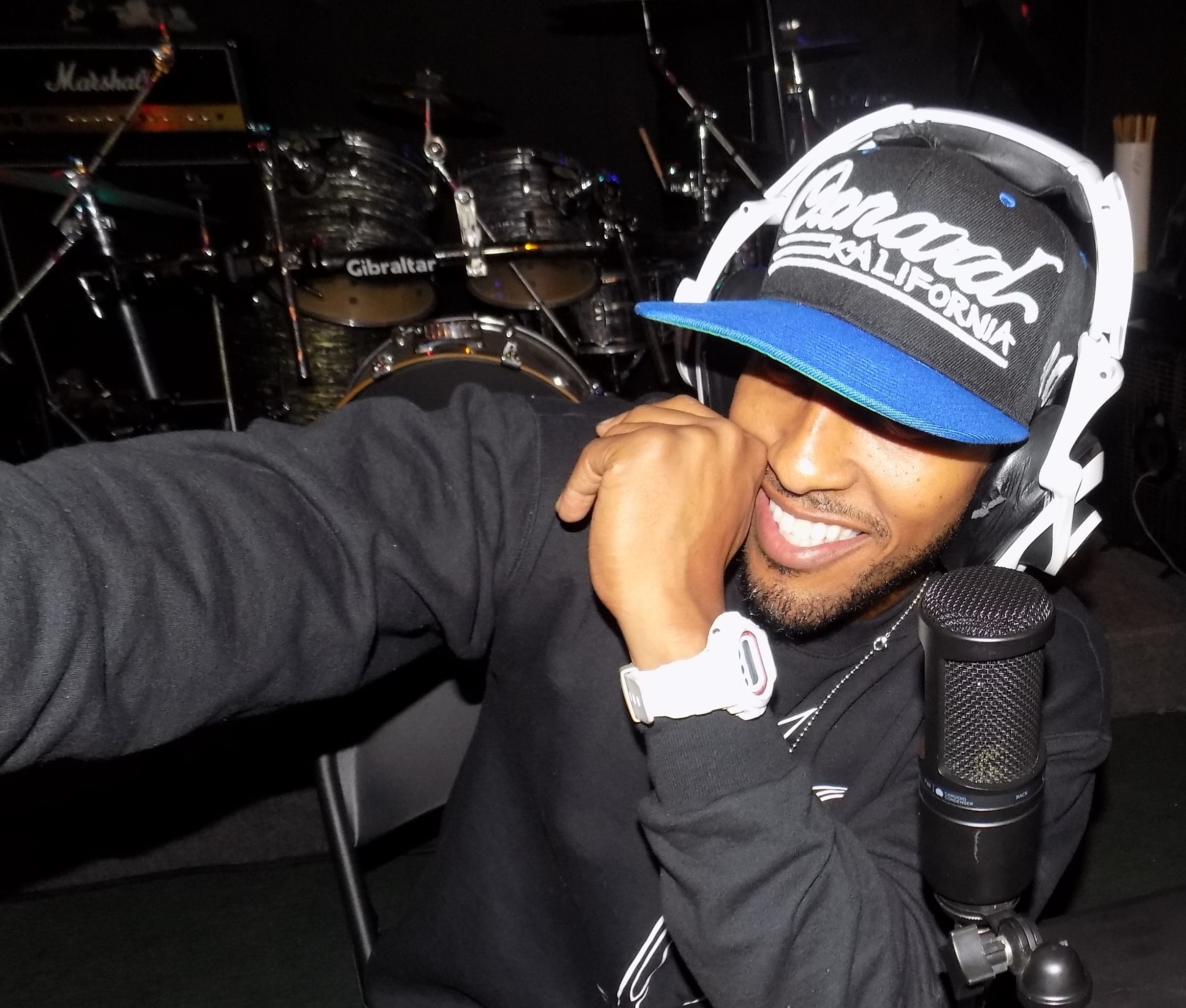 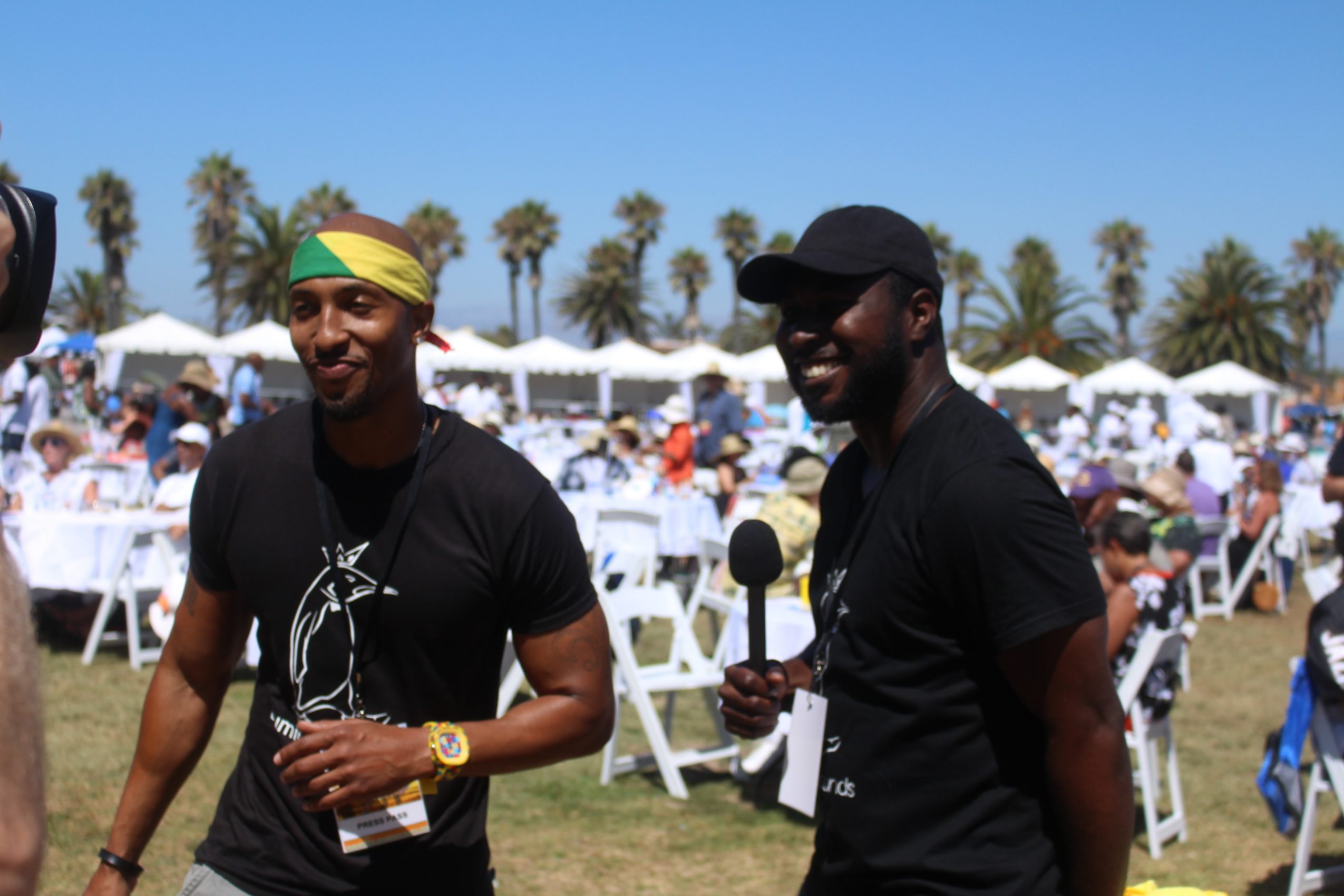 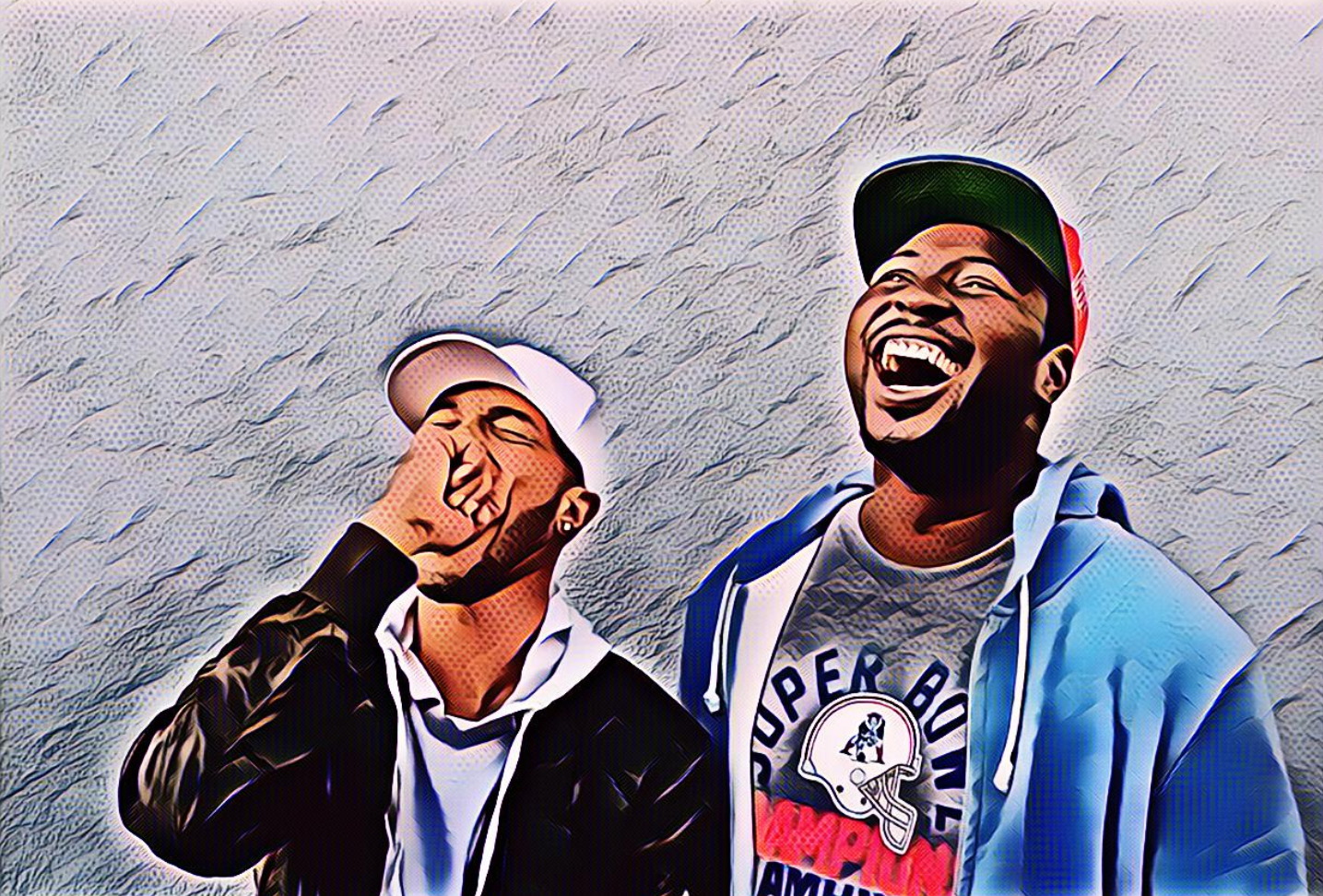 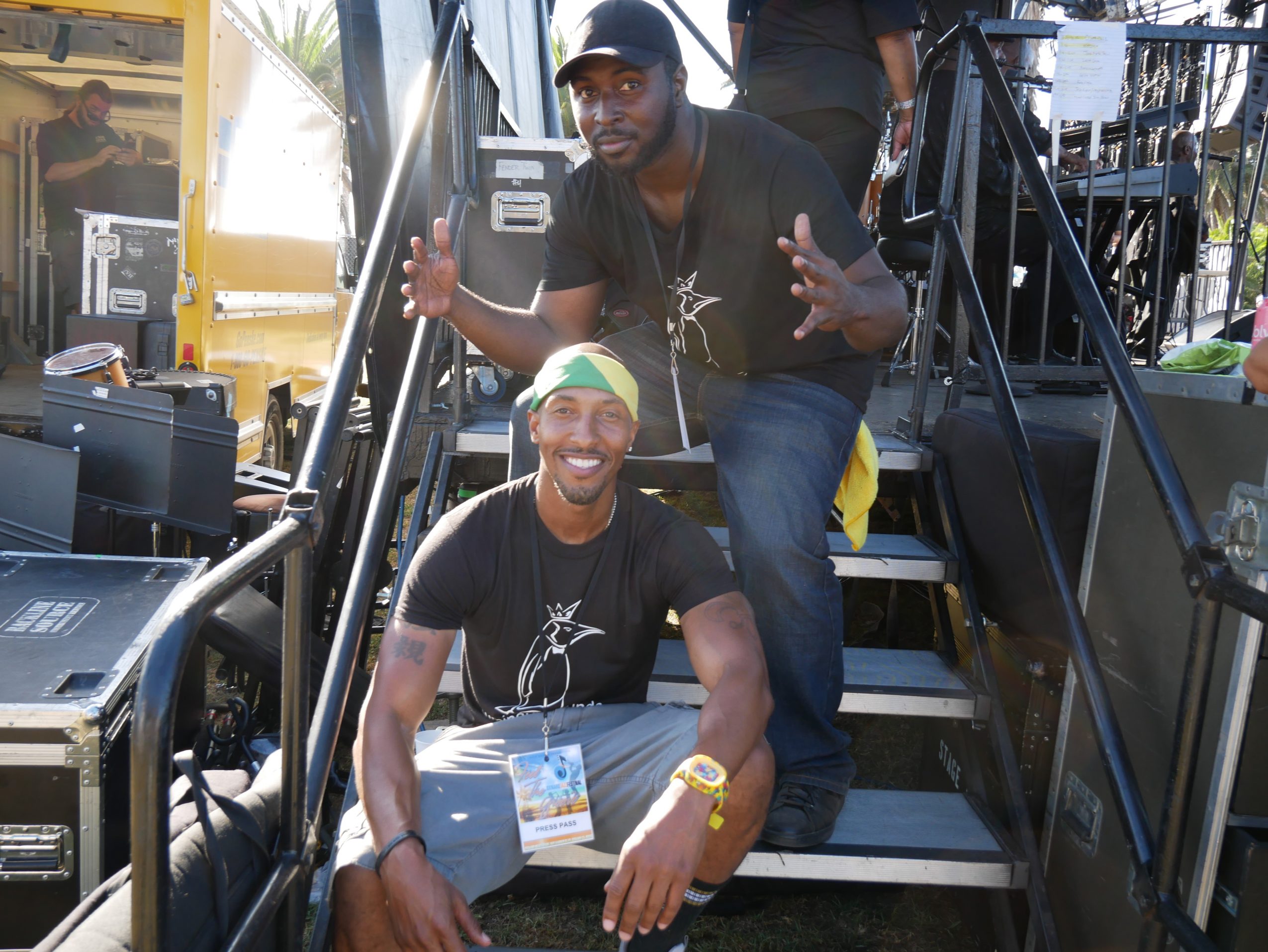 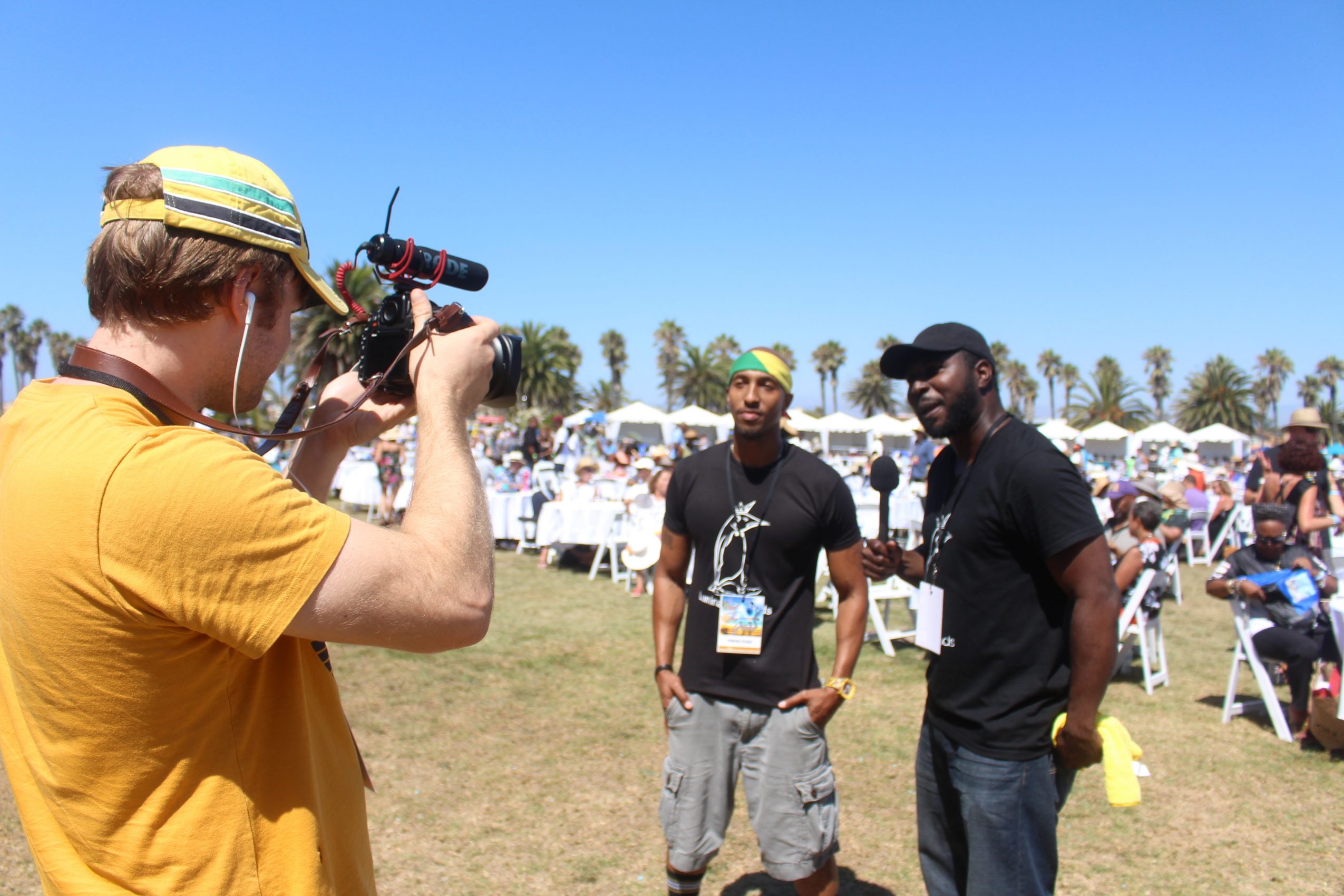