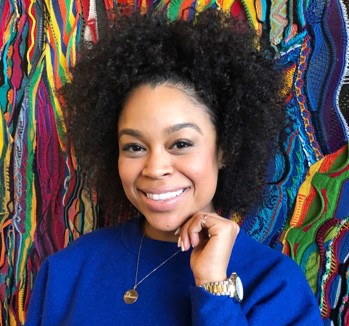 Today we’d like to introduce you to Julissa Calderon.

Thanks for sharing your story with us Julissa. So, let’s start at the beginning, and we can move on from there.
I was born in New York, raised in Miami. As a kid, I always did things in the arts, and as I got older, my interests changed. I went to the University of Florida, as I heard they had a great nursing program. Little did I know, my childhood interests would pop back up! Two semesters in, I switched my major from nursing to theatre. I graduated and went right back to Miami because I had no money or job. After being there for a year, I got into the theatre scene there and did a couple of off-Broadway shows. In the last part of the second year after graduating, I got an audition for a showcase in LA, and I decided to fly across the country for the opportunity. I came with a carry on luggage and never left! I quit my job over the phone and worked three jobs for the first six months I was in LA. I didn’t land the audition that I originally came for, but the next year I applied again and out of 10,000 applicants I was chosen and was 1 of the 20 actors chosen that was believed to be who’s up next in Hollywood. Nothing came from that. I was still a server, scraping coins together. Then, I got fired. THAT changed my life for the better. A few weeks after i got fired, I got an audition for Buzzfeed and the intern at the sign in table (who didn’t know me and never met me) for whatever reason wanted to introduce me to the people from the Latin channel that had nothing to do with my audition, the way the universe works! I was called two weeks later to participate in a Latinx video, and that led to more videos and a lot of viral videos. After six-eight months of making content with them, they offered me a residency. That led to a full-time producer for the Latin channel Pero Like on Buzzfeed. It has been the door that I didn’t know I needed to open to get to my next goal. It’s made me a respectable name in the content world but more importantly amongst the Latin community.

Great, so let’s dig a little deeper into the story – has it been an easy path overall and if not, what were the challenges you’ve had to overcome?
Absolutely not! I came with a carry on luggage, $300 to my name, and no plans on staying in LA- that alone was a struggle, but I toughed it out. I worked so many jobs to cover my life. But I also spent a couple of days sleeping in my car. The fact of being thousands of miles away from my family and friends, not knowing one soul, was the most challenging.

LaJulissa – what should we know? What do you guys do best? What sets you apart from the competition?
I guess I’m the walking company! I am a content creator, actor, producer, writer, and director. I do it all! I would say people know me for my videos that speak on the Latin culture. Whether they are straight to camera, speaking on the struggles of Latinidad or scripted pieces where I play a very famous mom character. I am showing people what it was like growing up and being unapologetically myself. I highlight Latinas in the industry doing their thing. I highlight restaurants that are up and coming, cooking Latin food, that people have yet to hear of and should. I think what has set me apart from everyone doing videos is the authenticity you get when you watch my content. I give you the honest truth that causes a whole lotta laughter.

What moment in your career do you look back most fondly on?
Wow. So many small accomplishments. But I would say, right now in the space I am in, I am LOVING going to different colleges and universities speaking to students. It has been so fulfilling and something that I had never even thought of doing! I’m proud of it because the students are the ones who choose their keynote speaker and to be chosen time and time again by the future of America makes me happy and proves that I am on the right path and doing the work that was placed on my life.

I will be starring in the new Netflix show Gentefied-a dramedy about gentrification in East LA. 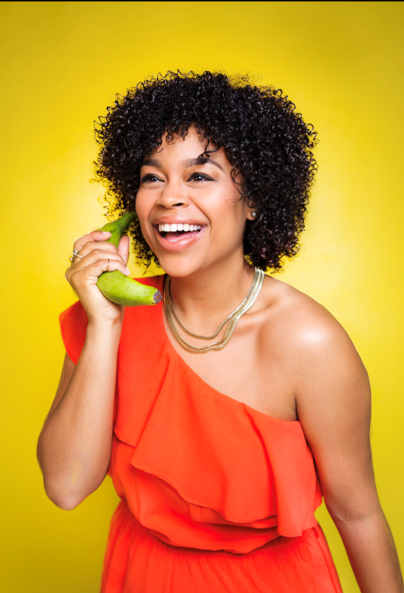