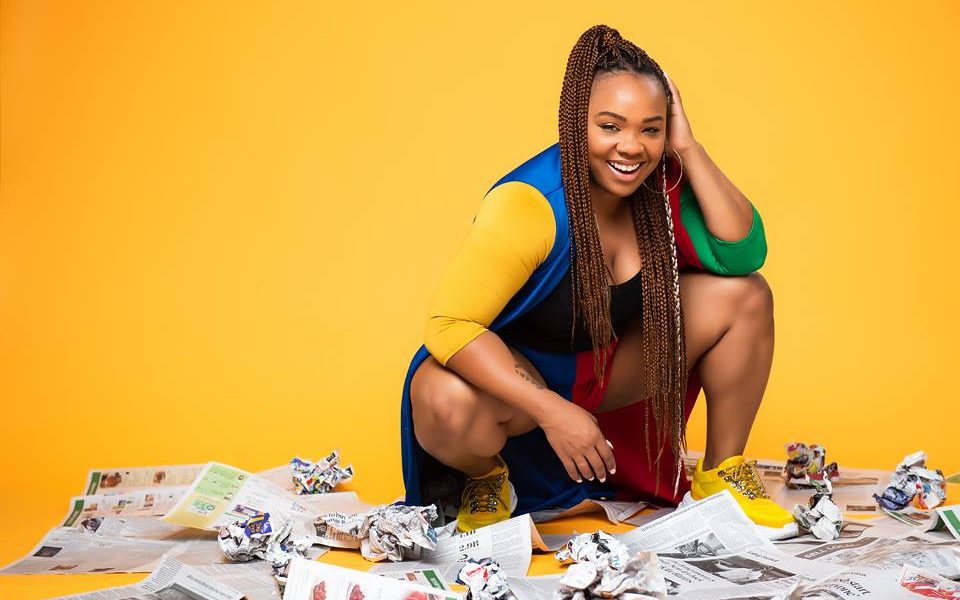 Today we’d like to introduce you to Josephine Clarke.

Josephine, please share your story with us. How did you get to where you are today?
I grew up in Birmingham, Al where Church is mandatory and Football is a religion. Being the youngest of four, I had more than enough time to use my imagination. I can remember setting up my Cabbage Patch dolls and Barbie Dolls in my room and having my own concerts when I was like 4 or 5 years old. My mom recognized my talent and put me in the youth choir at church and it was GO from there. I was 5 when I got my first solo called “The Shepherd’s Song” by The Mississippi Mass Children’s Choir; and they made me sing it EVERY youth Sunday. I remember not being able to see over the banister in the choir stand but singing my heart out. I must credit my mother for recognizing my love for not only music but the arts at an early age because she then enrolled me in numerous performing arts camps, theatre camps, and professional choirs. I was singing and all over the City of Birmingham at weddings, neighborhood events, other churches, official city events, and more.

Fast Forward to 8th grade, by this time I was well-known in the creative community and was accepted into the Birmingham Children’s Choir. This is where my love for Classical music came, and also my first professional recording as a soloist for the BCC cd. In the 9th grade, I auditioned and was accepted into The Alabama School of Fine Arts as a Voice Major where I furthered my classical training. That same year I won the opportunity to perform as an opening act at Birmingham stop for Bow Wow’s Scream Tour. Of course, being a church girl I sang “Open My Heart” by Yolanda Adams and I must say the crowd really enjoyed it. I could go on about how busy I kept my family with my performances but at this point, it was just a part of my everyday life. I could be performing with Off-Broadway dancers and singers, singing with my chamber ensemble for Archbishop Desmond TuTu, modeling in some urban fashion show, dancing and singing for our large city music festivals, or sneaking into a bar to sing with a band because I was underage. Oh yea, I was also a background dancer for a Christian hip hop group called SYF, which is how I connected with Snipe Young, and for a few known artists today. My weekdays and weekends were always filled with singing, dancing, modeling, and acting; and my family was always right there, especially my mom. I took a break from the “booked and busy” life to attend The University of Alabama but the performing didn’t stop. I joined the Afro-American Gospel Choir, The University Chorus, and was a founding member of the first Hip-Hop dance group, Rip-Tide.

My senior year, I was contacted by a friend to come audition to be a host of a music variety show. The show never happened but coincidentally my co-host Snipe Young invited me to the studio to record a few demos since he remembered I was into music as well. This is where it gets real! I never left the studio as this was my new home! I began to recognize my gift for songwriting and this became my life day-in and day-out. One day while in the studio, I was asked to demo a song for Rihanna. The A&R heard it and invited me along with Snipe Young to L.A. The song didn’t get picked but the relationships were built. We knew L.A. was where we needed to be. About a year or so later, we packed up an old Range Rover and BMX trailer and headed for Cali. Along the way, we broke down on Route 66, stayed in New Mexico for about a week, had to leave the trailer with ALL of our belongings there for about one month, and finally found a place to live. I came out here with the promise of a publishing deal with a major label that fell thru, so now it was time to grind. We just continued to make songs and I began to perform at venues around L.A. One moment that sticks out to me was the leak of a song I have with Nicki Minaj called “Top of The World.” That was actually a demo but I woke up one day and it was all over Youtube.

With People not knowing who I was they speculated it was Miley Cyrus which I actually found very flattering. Me and Snipe Young also formed an indie duo called “The Great Sunmoon” where we just made authentic, organic, fun hippie-pop-funk music (like very eclectic). It was something ahead of its time honestly but we became focused on other things and that kind of fell to the side. In 2017, I released my first single, Regulator, as Josephine Clarke aka #JoseTheGreat. Finally in 2018, I released my debut EP Hot Sauce N’ Honey that was featured on the Season 1 soundtrack of Craig Ross Jr’s “Monogamy” along with my Labelmates from “The Nine22 Music Group.” I got the opportunity to co-write on a majority of the songs featured on the soundtrack from Rej Archi, Dani, and Sly Slim. The success of that show led to us all being featured again on Season 2, where I released seven singles every Friday; and coined those release dates #GREATFriday. I also got the opportunity to co-write on more songs for Rej Archi for the 2nd season as well. As my fanbase grew, I coined my FANmily #TheGreats because I know we all have some sort of Greatness in us.

Has it been a smooth road?
The road has definitely not been smooth but it has made me tougher. It was a struggle coming out here with $500 to my name, promises from execs falling thru, having to get a day job to make ends meet while having studio sessions after work. Sacrificing sleep or even quitting jobs because I had to be at a studio session. You have to put in a lot of investment before you see a return. You cannot just pick up and move across country to a much larger city and think everything will be smooth. I knew before I got here that it was going to take a lot of sacrifice on my part but this is more than a dream; it is my calling. I was born to be on a stage. I was born to entertain. I have missed so many family events and milestones but I know it is going to pay off. The hardest part is not hearing the “No’s” or “Maybe’s” but actually not giving up. I have had a few moments of self-doubt with not only my voice but my writing skills because everyone out here is so talented. I had to learn that yes it is a competition but it is also motivation. I think the hardest struggle for me is being able to pick my own self up; and not losing my authenticity in a city saturated with so many carbon copies.

Can you give our readers some background on your music?
I am an artist/songwriter/graphic designer for The Nine22 Music Group, LLC. Of course before anything, I am Josephine Clarke THE Artist; but being with an an Independent Label I tend to pitch in where needed. I have designed 90% of the covers released by the artists under The Nine22, including myself. I think what sets me and my Labelmates apart is our Leader, Snipe Young. Being able to work and collaborate with someone who has so much knowledge and is willing to teach you at the same time is a huge plus. Being able to control what is put out is something I do not take for granted. As for Josephine Clarke the entity, I am proud of being able to be my artsy, awkward, strong-minded self; and having others love me for that. As an artist, I appreciate all genres of music; and I am not just saying that My playlists consist of Rock, Country, House, Classical, Choral, Rnb, Pop, Rap, Alternative, Musical Theater, and of course Janet Jackson my muse! I am seriously not a one-dimensional artist and my eclectic taste is definitely reflected in my own music. It is not easy to get people to connect with artists in this Social Media age so I am proud that I am able to do that.

Is our city a good place to do what you do?
If you have never lived outside of your hometown, I say go for it! It definitely helps you grow and shows you how tough you really are. L.A. has always been a magnet for creatives and you really won’t know if this is the place for you until you at least visit for some time. For someone starting out, L.A. is not what they show in the movies so you need to do your own research and reach out to people who already live here to build meaningful relationships. It is tons of opportunity but you have to weed thru the bad ones to get to the good ones. I also recommend to come out here with some sort of financial cushion and plan because this is not a cheap place to live while trying to pursue a career in “the industry.” Be prepared to work a day job while still working on your dream…it is ok, trust me! I can guarantee you tons of artists and creatives start out clocking in, just know that it is not permanent and the hard work will pay off. 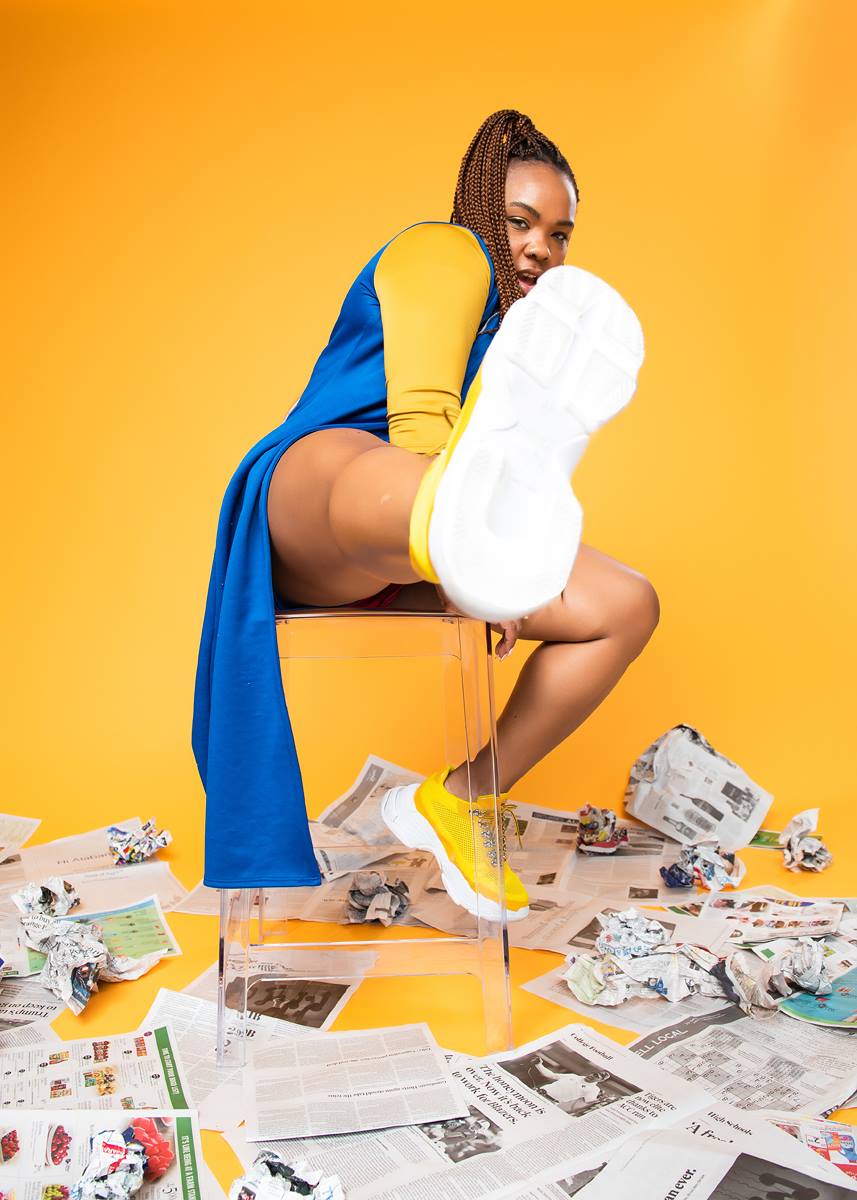 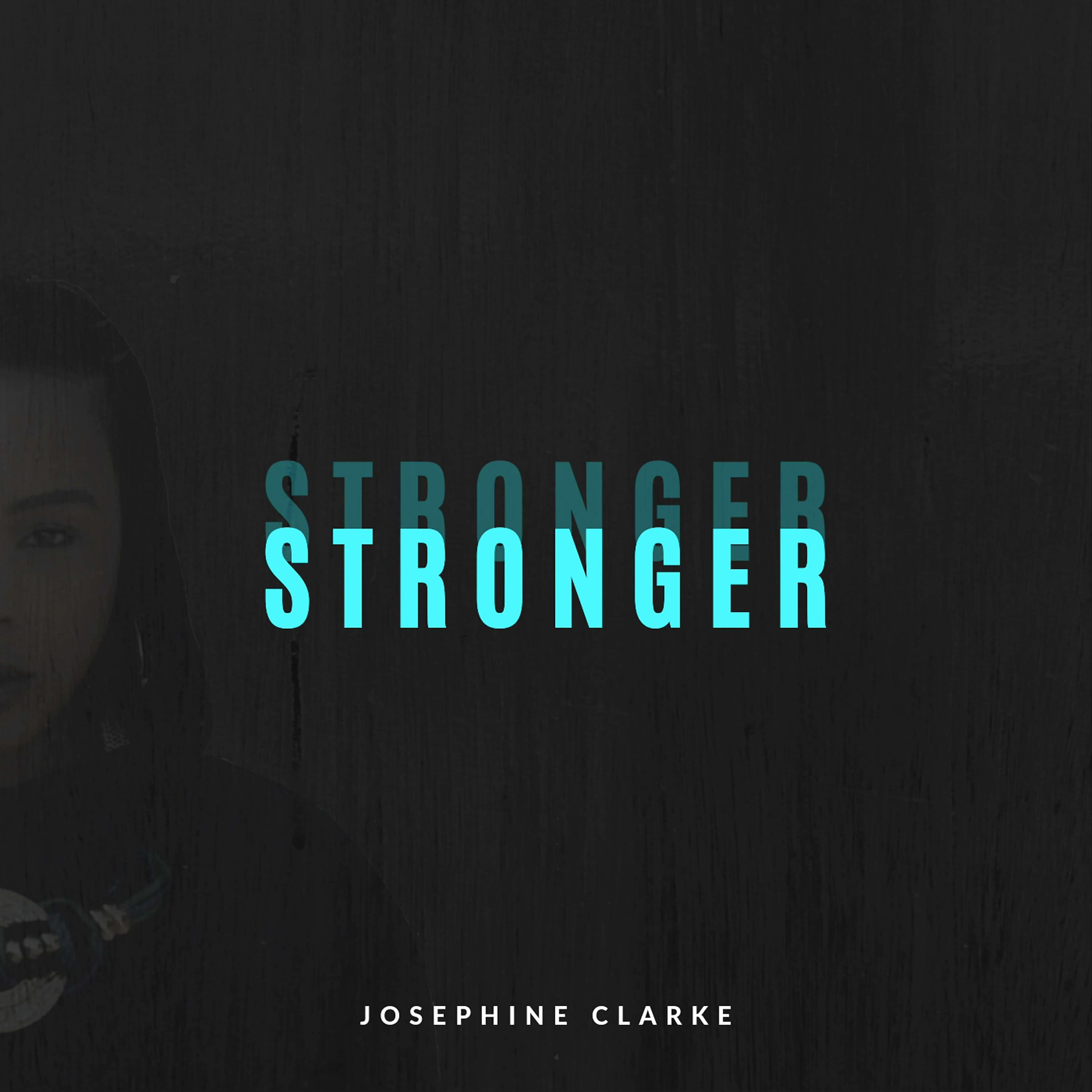 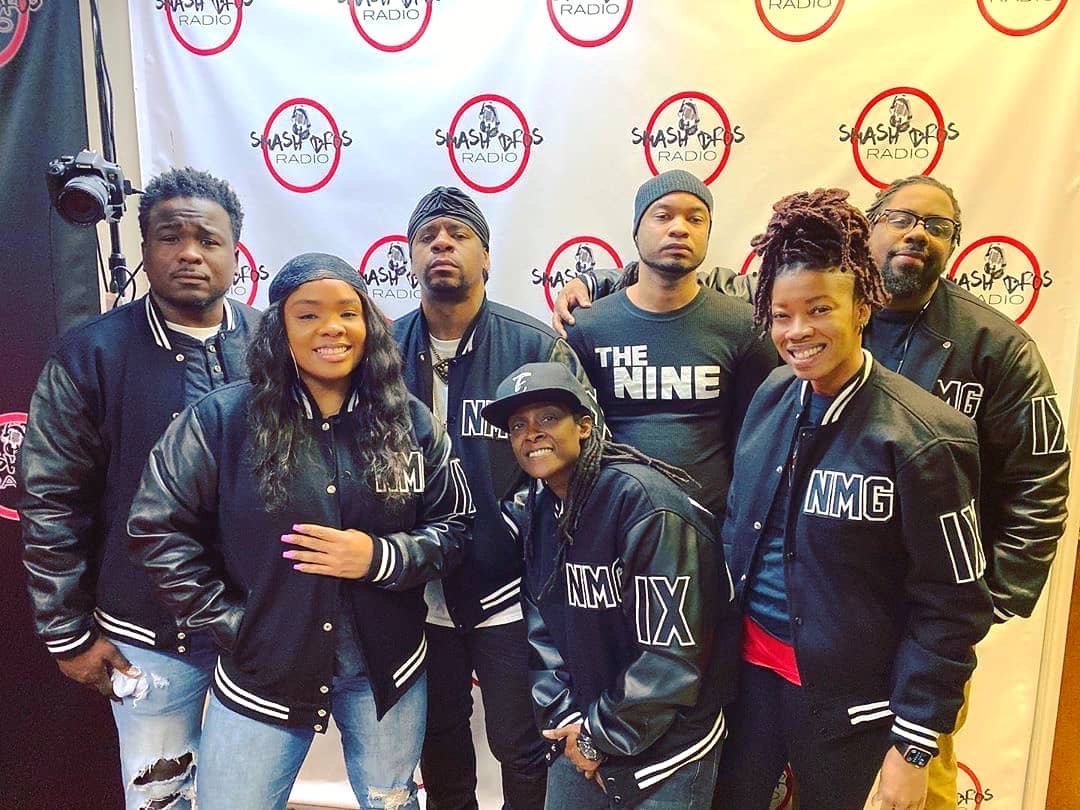 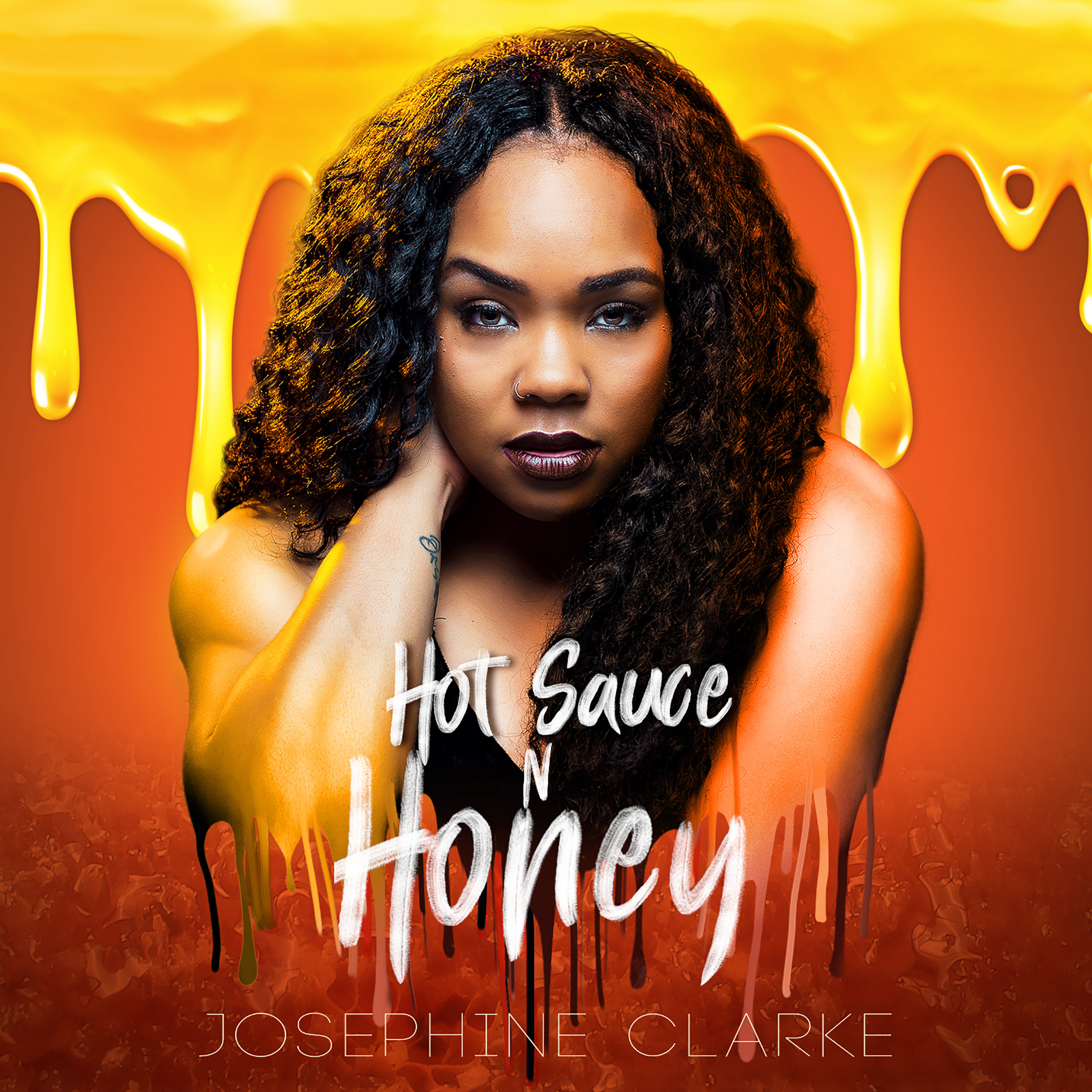 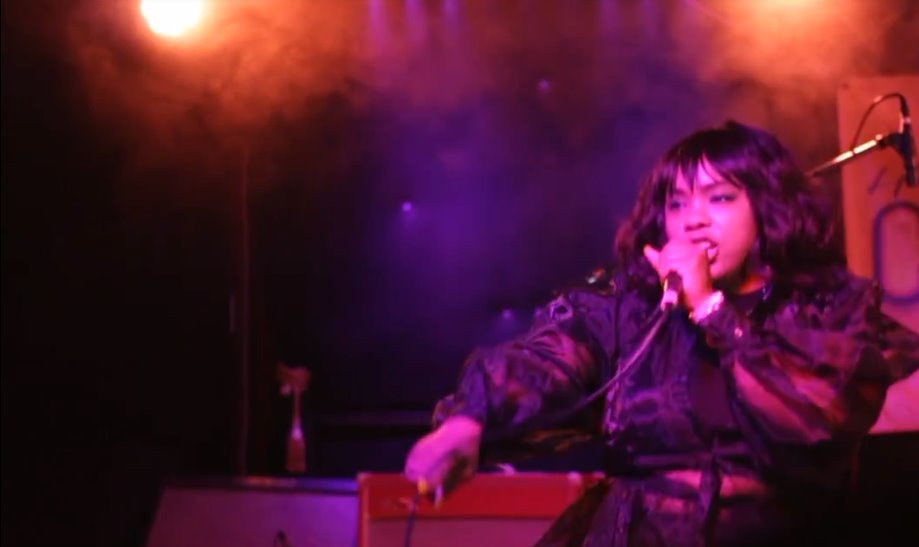 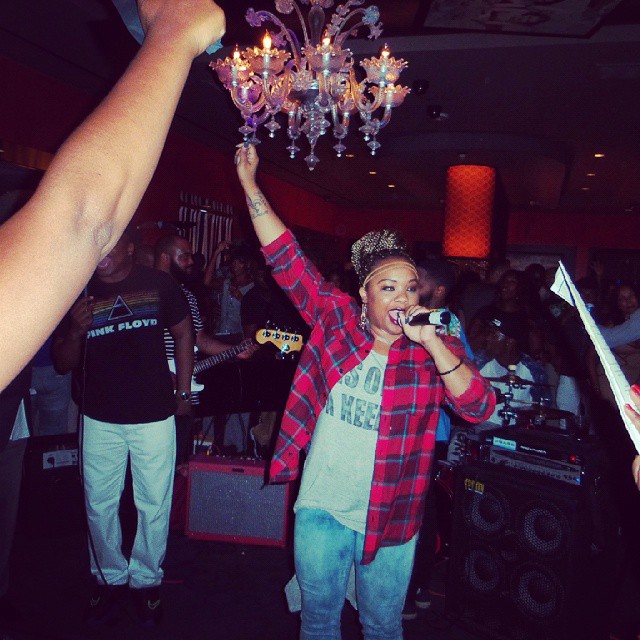 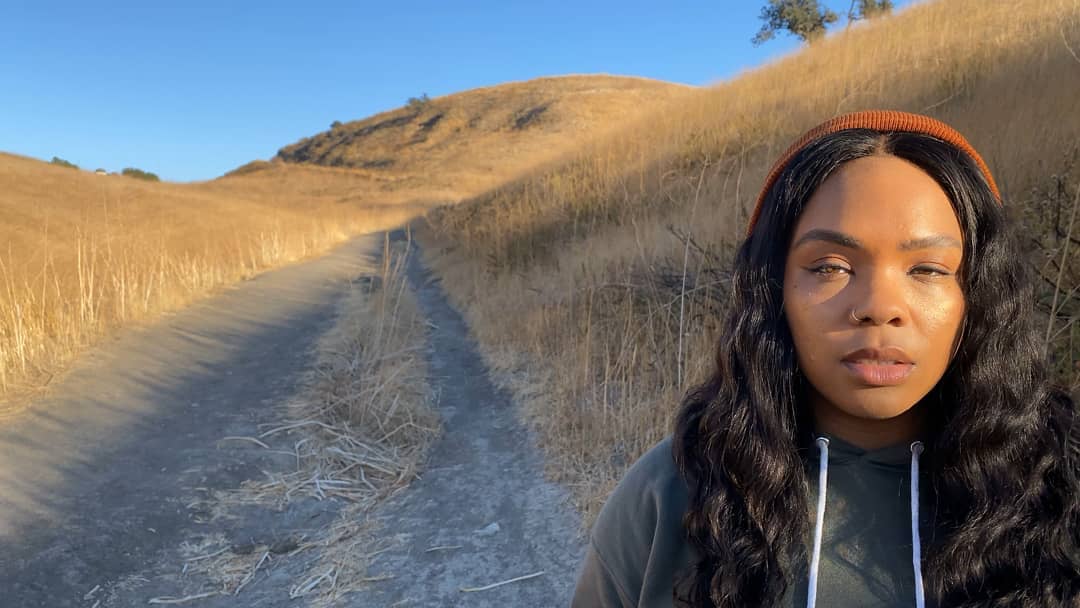