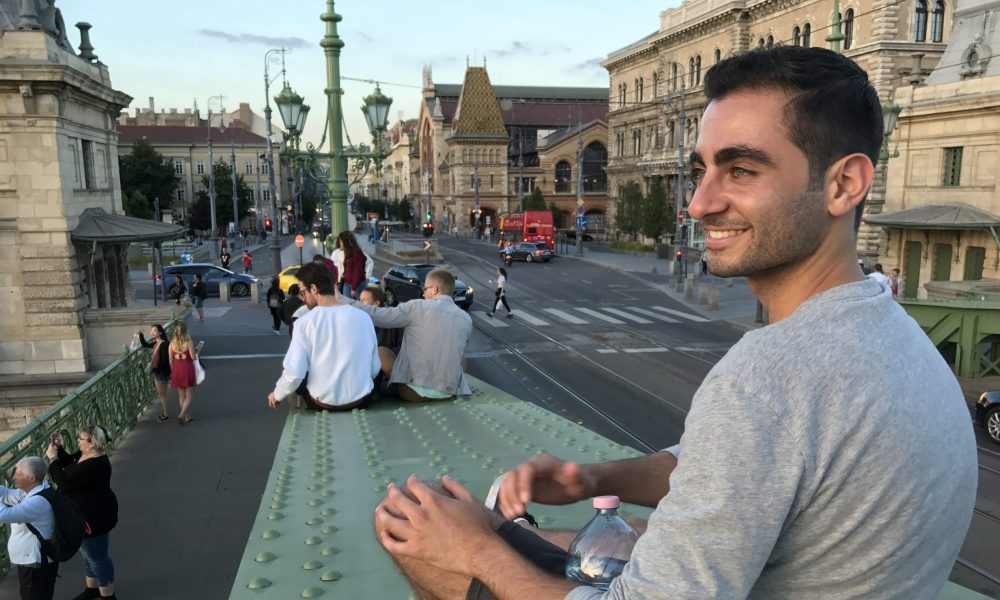 Today we’d like to introduce you to Joseph Cohan.

Joseph, can you briefly walk us through your story – how you started and how you got to where you are today.
I’m the son of a structural engineer and so of course when I was younger my summers in grade school were spent tagging along with him, going to job sites for field visits and inspections, as well as visiting the building departments all around the LA area. I had a knack for math and science class (felt the opposite way for English Lit. or Composition) and naturally I thought about being an engineer like my dad. He let me draw a couple of lines here and there and initial the bottom of the plan sheets occasionally attesting to my work. I remember him taking me to the City of Beverly Hills building department and proudly telling the reviewer on the other side of the plan check counter what I had done. I felt I was heading towards becoming an engineer until around middle school. I realized that architecture was a more creative yet still somewhat scientific field. A creative field bound to realistic issues at hand–money, function, clients, gravity, etc. I always tell people it became my calling when I realized in its essence it’s like “art but with rules”.

I remember writing an auto-biography in the eighth grade that I wished to graduate from the USC School of Architecture “with flying colors” and use my degree to open up my own firm one day. I took the introductory Architecture elective class at my high school for a year where I drafted plans by hand for a lakeside house in the first semester and built a scale model of it in the school woodshop by the end of the second semester for that class project. On the last day of my sophomore year of high school, I looked on from the entry of the drafting room looking at all the models of houses atop the desks, all around each other like a model of a new suburbia. I was then sold on making a middle school kid’s dream a reality. I attended the USC School of Architecture in Los Angeles until 2015 and have been working at the same office I started at upon graduating. I became a licensed architect in California in 2019 and look on my diploma and license every morning in awe to this day.

We’re always bombarded by how great it is to pursue your passion, etc – but we’ve spoken with enough people to know that it’s not always easy. Overall, would you say things have been easy for you?
Avoiding getting weeded out in archi-torture school was the first struggle. As a five-year professional track degree, not many people realize that the undergraduate option for architects, a Bachelor of Architecture in the US (also the standard degree worldwide) is not easy. It’s akin to going to grad school at age 17 fresh out of high school. It isn’t a “Bachelor of Arts” or “Science” in Architecture that are four years or less in length otherwise requiring an accredited graduate degree (Master of Architecture) to qualify (among professional experience and licensing exams) for licensure in US jurisdictions.

In addition to a basic need to “shake out” the kids who aren’t serious about it, my first semester design studio teacher at USC found out I was the son of an engineer so he felt a need to get extra difficult on me. He realized this as I pulled out an engineer’s scale ruler (decimal-based) instead of an architect’s scale ruler (fractional-based). I look up at him and tried laughing it off but my life changed forever after that one moment, my first week in college. He felt I thought, a need to shake out the super-rational sense out of me and instill a certain attitude for playfulness but also skill with the iterative process known in architectural design instead of an engineer’s mentality–which I know now to sometimes being just to solve a design problem without regard to anything else like aesthetics, program, context, ambiance, etc. I’m glad he did.

Architecture school is not realistic, at least not at first. We are not taught real building components until around third year but rather we deal with forms and shapes and composition ideals at first. This is common for almost all American architecture schools albeit some are more realistic and others more theoretical based on their faculty and tradition. For not knowing this, I held a grudge against him for years and was pretty depressed after my first year and my second semester design studio professor was his colleague so the “hazing” process continued. I ran into him a couple of years ago on a Saturday night on the town and I asked him the reason of his animosity and friction with me–he said to me he needed to do what he had to do and I was far from being the worst student in his class and quite the opposite. That was a relief to me.

We’d love to hear more about your work and what you are currently focused on. What else should we know?
I design residential and commercial tenant improvement work all over Los Angeles. I specialize in single family homes! I love designing houses for families young and old, and developers as well. I currently work at a firm called Hamilton Architects in the Westside and I’m proud of the work we do in many regards. We specialize in both modern and traditional tastes but really hone in on what the client wants in the kick-off meeting. The difference I think between an “OK” architect and a “great” architect is this: a great architect will take your project requirements and deliver it in a better way than you would have imagined, while also delivering within your budget. I think we do a great job of handling client needs by focusing on what style they want to see, what sizes of spaces they want to see, what they want to get out of it–and we take that on and deliver it in an efficient manner. We are efficient with space and do everything with intent in order to give you a home/office/restaurant/space where you won’t be cursing us but rather thinking of us fondly every time you are in there. People don’t realize that behind the scenes we go through an iterative process, literally flipping things around on paper and rotating them for different versions of floor plans and models in order to make efficient spaces inside and out and present the best work we can and that’s what makes great architects.

So, what’s next? Any big plans?
I hope my boss doesn’t read this. Well, I’d love to have an architecture firm on my own. There, I said it. I am now licensed and can legally call myself an “architect” therefore I think it would be a shame to get through all the five years of schooling, three years of minimum professional experience, five national NCARB exams, and one CA Architects Board Supplemental Exam by age 26 and not open an office with all that work. (And I think my boss would understand that). Anyways, I love where I work and am always looking to do bigger projects. I’d love to work on a hotel or restaurant one day or even an adaptive re-use of a historic building. Who knows? I love industrial design and product design so I’m always itching, thinking about what if I designed the next pen, chair, or even a car. Yes, I really think about that from time to time. I think we have to dream big or else we won’t get anywhere.