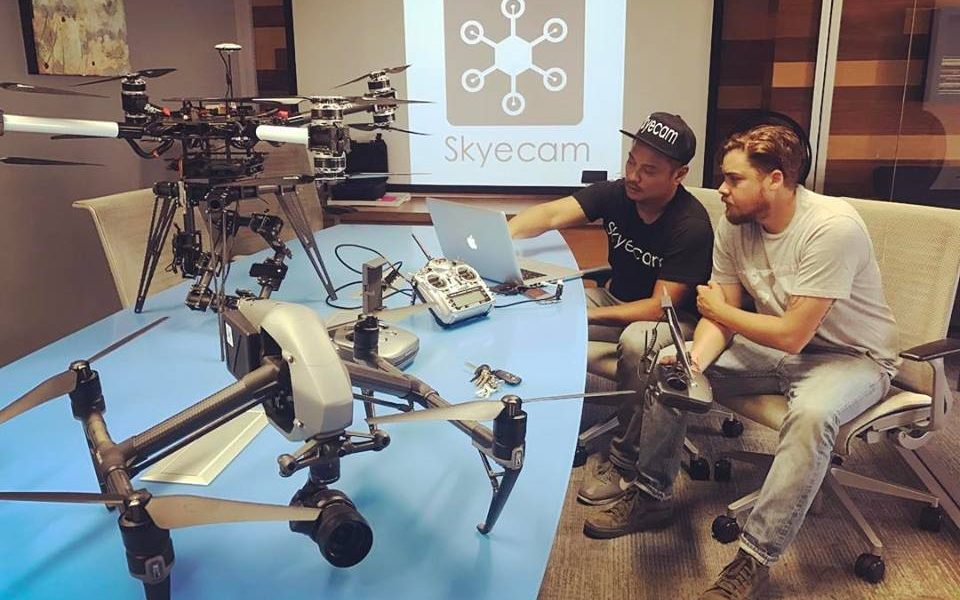 Today we’d like to introduce you to JJ Trinidad.

Thanks for sharing your story with us JJ. So, let’s start at the beginning and we can move on from there.
I’ve always been fascinated about airplanes, helicopters and anything that flies since I was a kid. When I was younger started flying remote controlled airplanes which was one of favorite my hobbies for many years which I was most passionate about. I’ve built many model aircraft from scratch and enjoyed the engineering aspect along with the technology. My most favorite part of building these airplanes was the maiden flight which is the most crucial moment whether or not it would fly or crash. For many years I’ve crash and rebuilt many model aircraft but I mostly enjoyed flying them. I flew them everywhere. It was my lifestyle.

I was also passionate about photography and video using my DSLR camera. I loved taking photos and filming videos. It was another passion of mine for many years.

The year 2006, I strapped and small video camera on one of my RC airplanes and flew it to capture aerial footage which was really shaky footage but so amazed by what I could capture. I knew then that this technology would be able to capture aerial footage just like helicopters do for film and tv but was too early for the development. When the Drone technology evolved in 2010 I invested in a lot of equipment and a year later I started “Skyecam” an aerial cinematography drone company. When I first started the company there was really no one flying drones nor did they know what it was so I had to pitch this technology to film studios and tv productions. Immediately I started working for networks like Showtime, National Geographic and HBO just because no one else was providing this service. Since then, Skyecam has been one of the most leading aerial cinematography companies in Hollywood and has worked on so many epic projects around the world.

Great, so let’s dig a little deeper into the story – has it been an easy path overall and if not, what were the challenges you’ve had to overcome?
It definitely was not a smooth road. The technology was Not robust as it is now and in the beginning of the business around 2012 while filming for these production companies there were a lot of malfunctions with these drones and they would fly away Randomly and crash. It destroyed the cameras and lenses as well as the drone ruining the shoot. This happened on many occasions and the reputation of these drones to the studios was negative then they were all over the news and people were afraid of them spying or carry explosives and most of all privacy issues.

SKYECAM – what should we know? What do you do best? What sets you apart from the competition?
What sets us apart is our experience in building these aircrafts, knowing how to fly under pressure on set and always being able to get the shot. If there’s an issue with these drones we know how to trouble shoot and fix the problems right away. Also we provide unique services such as aerial lighting effects and we can custom build any type of drone which not many drone filming companies know how to do. We are an industry leading Los Angeles based Drone Production company in the heart of Hollywood established in 2012 specializing in Film Productions, Aerial Cinematography, Aerial Lighting Effects, Drone Photography Services & Custom UAS Engineering with operations worldwide. As industry professionals, we work closely with our clients in capturing dynamic aerial imagery.

We are most proud of our reputation and our high-end clients. We are one of the 1st aerial cinematography companies established in Los Angeles. We are the 1st company to live-stream aerial video on national TV using drones in the 2017 during the Rose Parade. We are the 1st to film drones on the Hollywood Walk of Fame for the Spider-Man world Premiere. We are the 1st of many.

What moment in your career do you look back most fondly on?
There’s been so many proud moments such as working for National Geographic and traveling with them to Alaska or working with HBO on many projects. I’m very proud to have worked with these companies and traveling around the world for aerial film projects. I’m most passionate about new places to shoot and lucky to have done so many and looking forward to new experiences. 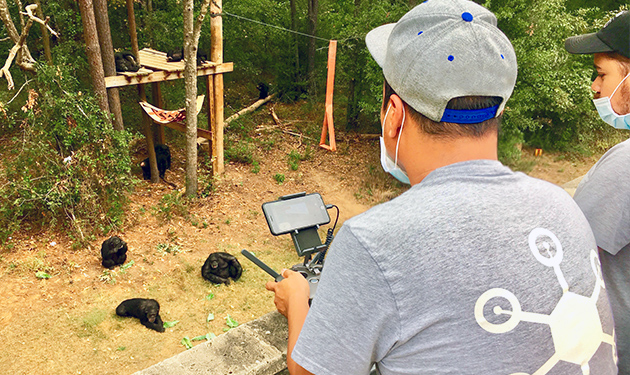 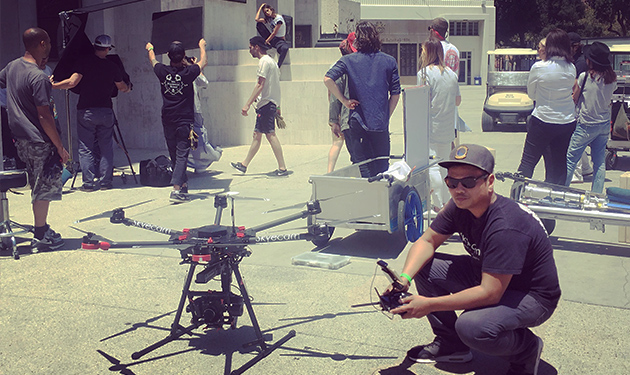 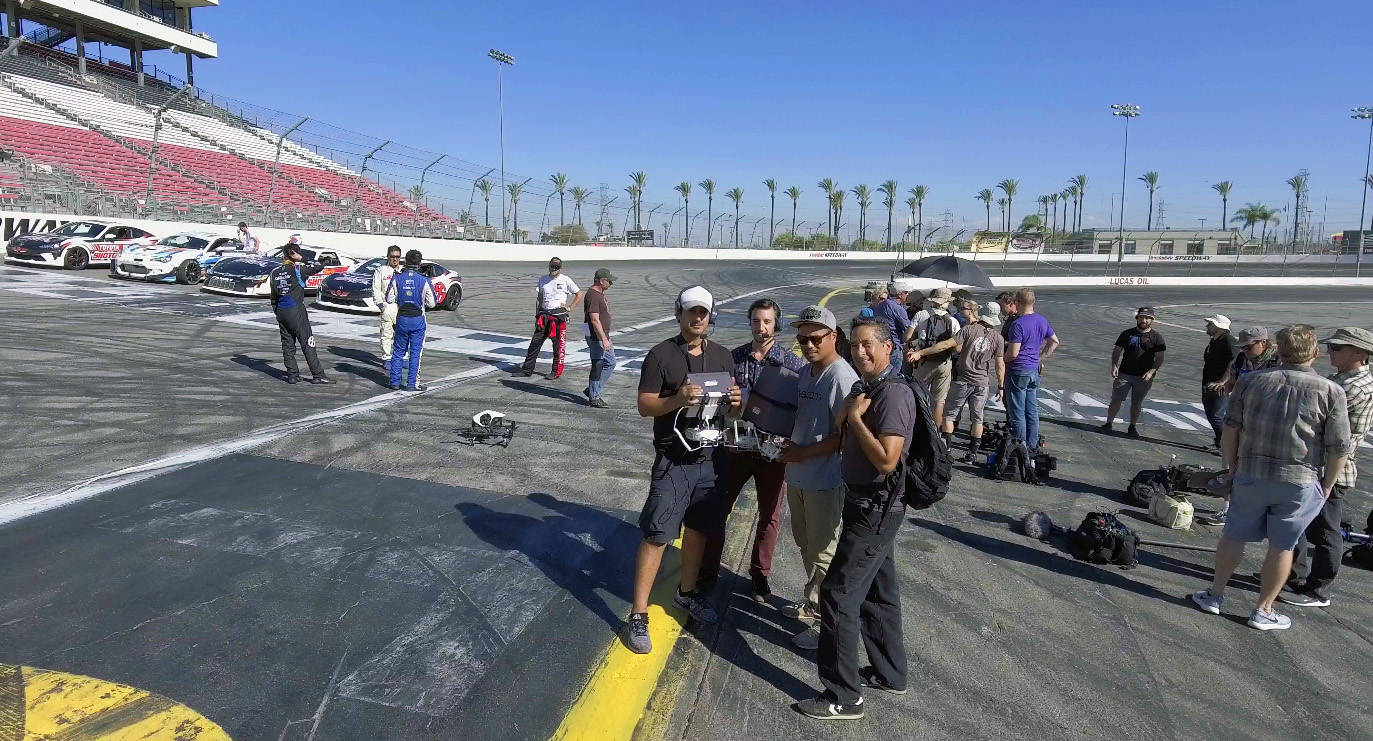 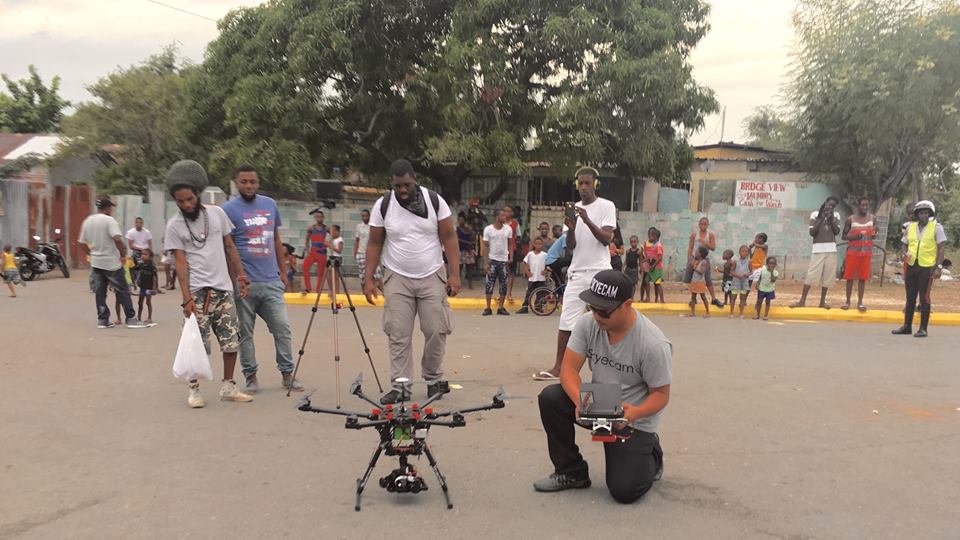 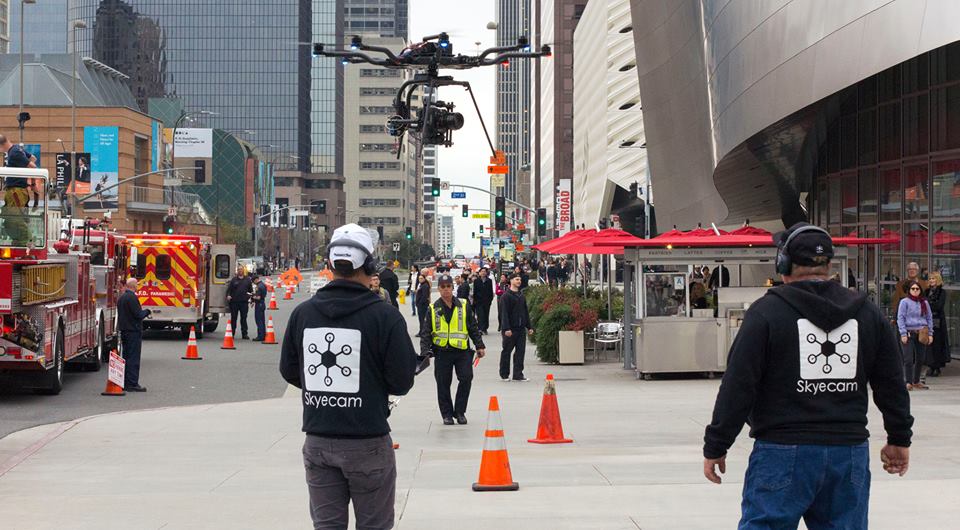 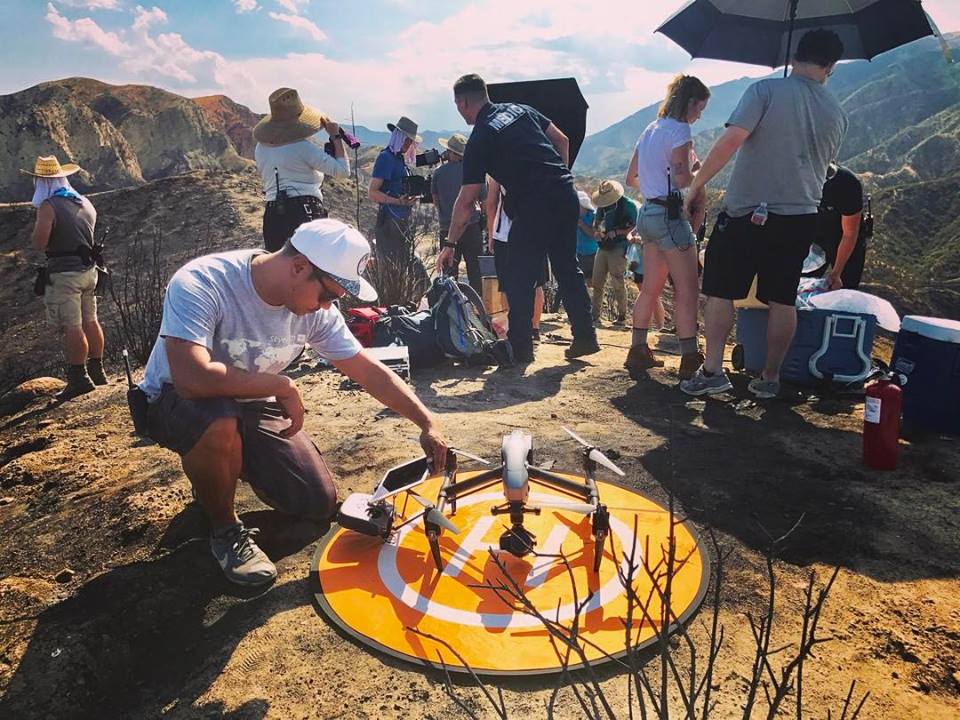 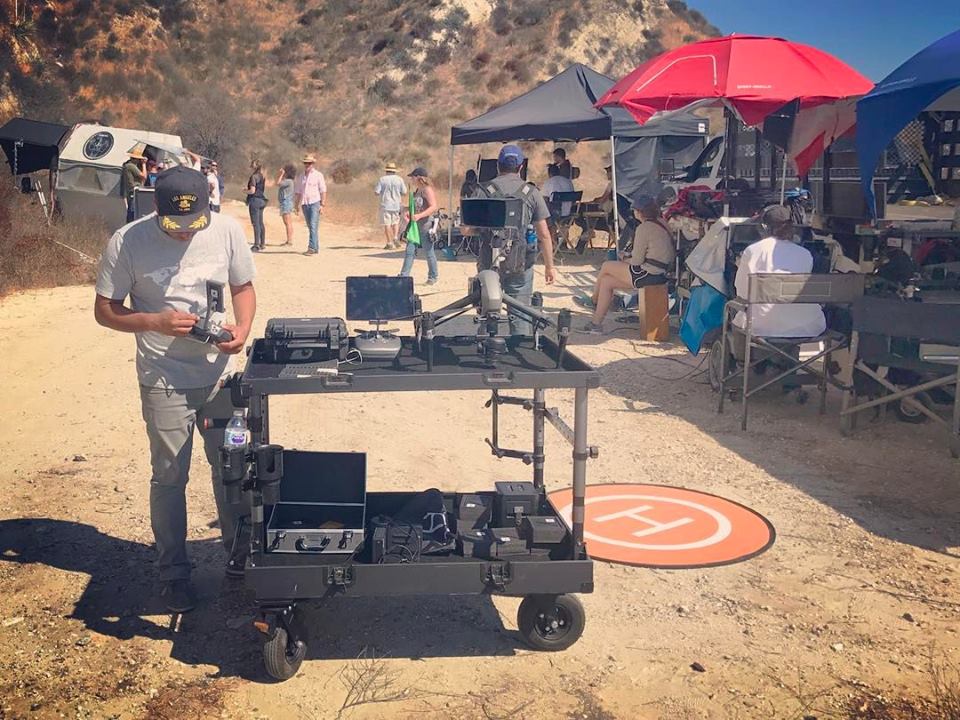 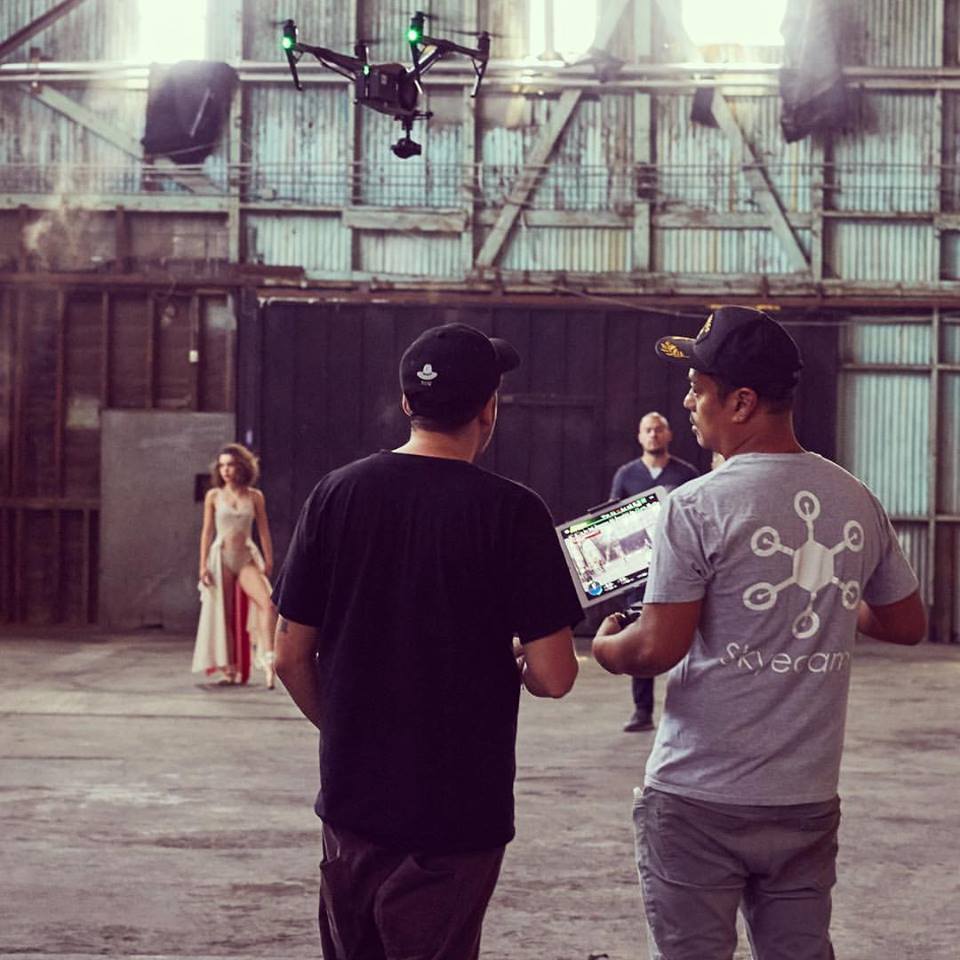