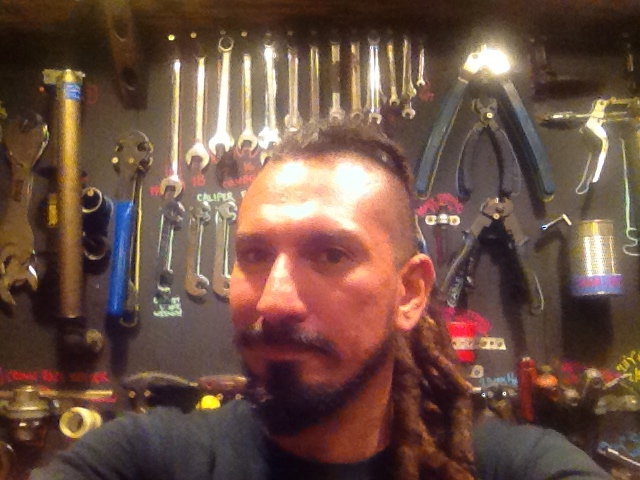 Today we’d like to introduce you to Jimmy Lizama.

Thanks for sharing your story with us Jimmy. So, let’s start at the beginning and we can move on from there.
Back in the mid 90’s, I worked for a small experimental and contemporary art gallery called LACE located smack in the middle of Hollywood Blvd. One morning I had a walk-thru to conduct for a group of Hollywood High students, but I was running late, quite late, gonna-get-fired late. I’m 43 now a days and I’ve never owned a car (yes, I am a native Angelino) thus driving was not an option nor would it have made a difference. Running by foot from Atwater Village would have landed me in the looney bin, the bus was my main means of commuting, but obviously I was better off riding on the back of a sloth at that point. My only viable option: a rusting old Huffy “mountain” bike that was about 5 sizes too small for me. I looked at it and it looked back at me behind a dejected spirit from disuse and I said, “Alright, it’s you and me. Let’s make this happen.”

Out of the bungalow we whirled madly, some 6 miles away from work, at not quite lighting speed, but maybe more like a hurricane. The first thing I see is the #180 bus passing up the ornery crowd of bus riders at Los Feliz as the bus was already at capacity. So glad I did not attempt that option! Before long I pass that bus up and hit what seemed like a Mount Fuji, the climb at Riverside Drive and Los Feliz. I was surprised to be dropping cars left and right as they were, well, stuck making traffic as I swiveled and swerved around them. I get to Vermont and Hollywood Blvd. and you won’t guess it! A second bus!

I’m starting to see the light at this point. My legs are pumping, face in my wind, the sun shining down upon rays of pure joy and adrenalin. 10 minutes later I’m at Hollywood and Wilcox and wouldn’t you know it: a third fucking bus and I was 10 minutes early. I had just taken the bicycle red pill.

I conducted the walk-thru. Everything was groovy. I was still glowing from the ride and the implications of it. I walked over to my co-worker Mario and imparted, as if I was telling him that I found god, that I figured out the math to infinite energy, as if I just won the lottery, “Mario, I think I’m gonna become a, a, um, a; BICYCLIST!!!”

I never looked back.

>Founded the Bicycle Kitchen/La BiciCocina out of a small kitchen in the “bike room” at the Los Angeles Eco Village where I have been a resident for about 18 years and have also helped other cooperatives get their start.
>I am founding board member and one of the first volunteer coordinators of the Los Angeles County Bicycle Coalition
>I became a bike messenger in DTLA (almost 20 years now!)
>I organized several bike messenger races, fun rides, Midnite Riddaz rides and have toured in various parts of the world
>I have a TedXTalk UCLA
>I presented next side to David Byrne of Talking Heads, Michelle Mowery, bicycle coordinator for LADOT and Donald Schoup author of the High Price of Free Parking
>I presented in the BiciCongreso in both Guadalajara and Mexico City.
>Road with my son, who was born on 5/2/10, the first CicLAvia which was on 10/10/10. We used a car seat inside of a cargo bike. We now ride a tandem everywhere we go together.

I opened up Relámpago Wheelery, a bike studio dedicated to battery-less generator-based bicycle lighting and I am working on a project called Re:Ciclos where we take recycled steel bicycles and re-fabricate them into cargo bikes in an educational program. BikeBike! is an international bicycle cooperative conference that will be with us in LA in the coming year and I am participating as one of the organizers for that event.

The future of L.A. and all big cities needs bicycles as a real means of transformation both in transportation modality and in civic engagement. All the work I’ve done around bicycles stems both from an individual love of the bicycle machine itself but more for the love of Los Angeles and it’s citizens. I strongly believe that the grimace that Angelinos experience takes form from the bending over backward for car culture and all its diseases: obesity, urban sprawl, contaminated environments, usurping of public spaces where parks, homes, schools and other productive spaces could be instead and a constant sense of danger with multi ton vehicles making it inhospitable for our most vulnerable citizens. The car has to go in LA.

Overall, has it been relatively smooth? If not, what were some of the struggles along the way?
The biggest bumps in the road has been the car culture itself. Angelinos have been sold the concept of the automobile equaling personal freedom from way, way back. The truth is there is a huge price to pay for own freedom and for the freedom of many, many others for us and cities like us to rely on cars as a main form of transportation. This notion has been the hardest to face because so many people have chosen the blue pill and will defend their reality to the death because it’s very convenient and comfortable for them.

Aside from that, it’s been no more or no less of a struggle than any other good cause we fight for.

Relámpago Wheelery – what should we know? What do you guys do best? What sets you apart from the competition?
Relámpago Wheelery is a bike studio. Think are studio but with bicycles instead. We do repairs, build up custom used bicycles and we specialize in dynamo bicycle lighting which is lighting utilizing a dynamo generator which required no batteries and last forever. The dynamos are generally built into the hub of a bicycle wheel; I have one such hub from 1957 from England that still works. This is real sustainable technology. All bicycles should have dynamos as far as I am concentered.

I hold a monthly karaoke bike party. People love the space and really dig my hospitality for I truly do love my community and my customers. RW is a hate-free space; everyone is welcomed as long as you are down with the cause, you respect others, celebrate diversity and in to participate. Every month I partner with another organization, artist and/or collective and we conduct talks, workshops, etc. ending it all with a fierce karaoke party. Activists meet activists, organizers mingle and bicycles are present. I am very proud of this monthly space.

What is “success” or “successful” for you?
First and foremost, love what you do and don’t sell out. Keep an open mind, listen and don’t fold under the pressure of commercial success if it will compromise the good that you are doing in the work you do. Money is not success, money is a tool. I would rather end up with no money at the end of the day and have a successful movement toward social justice than to have a pocket full of money while my community members do not advance in their search for justice because I something I cashed into. Success is measured in justice not in dollars. 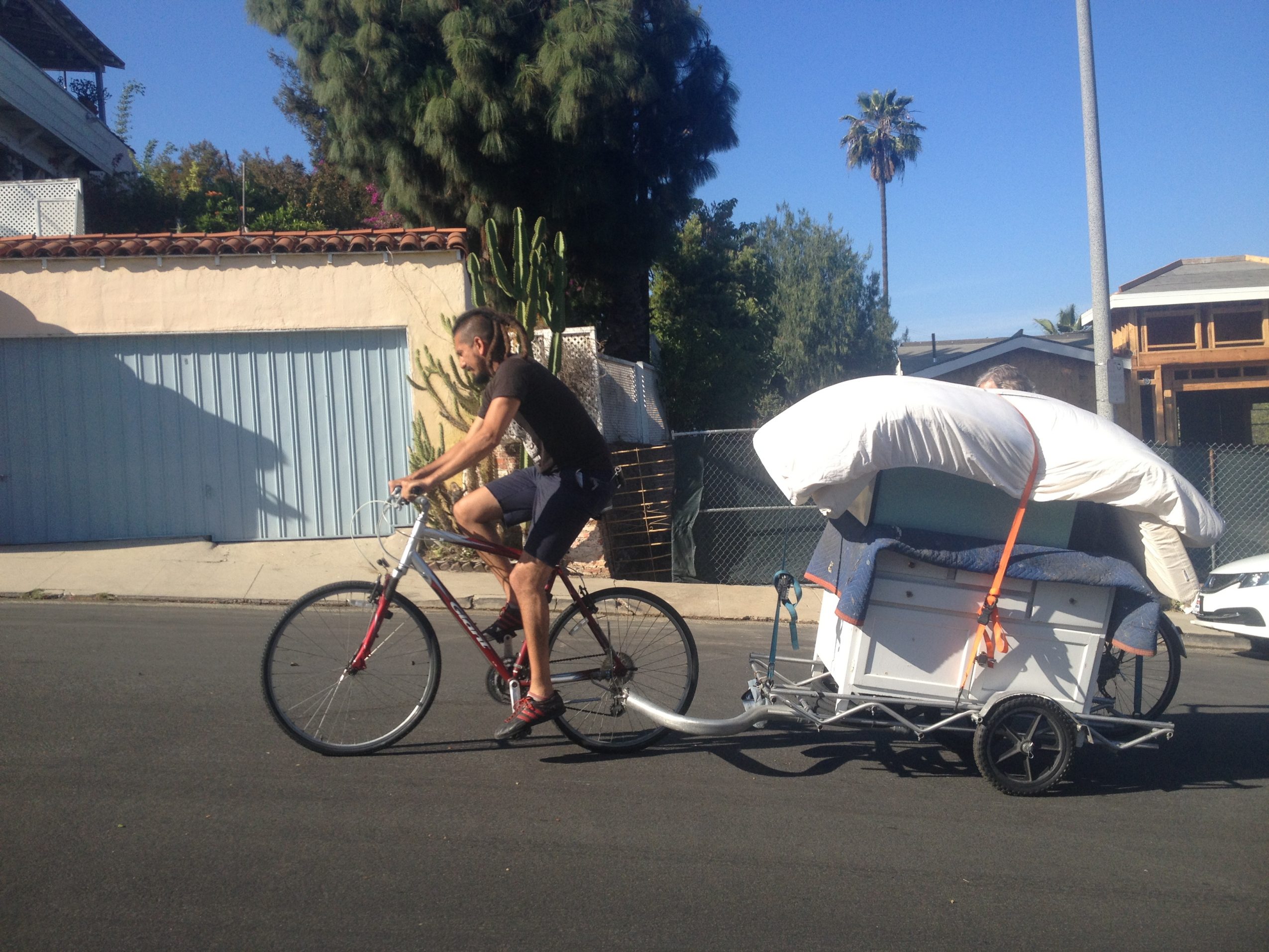 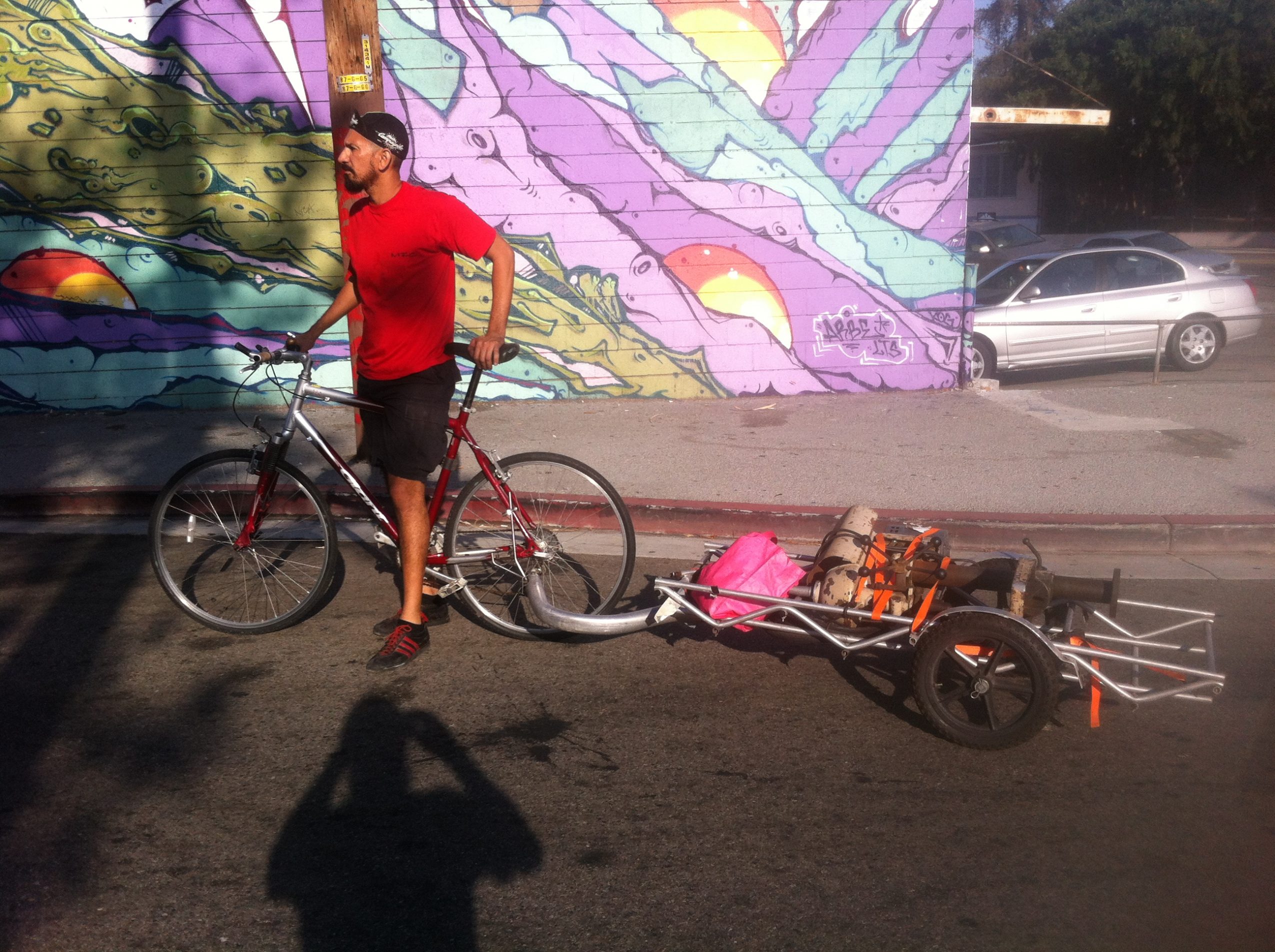