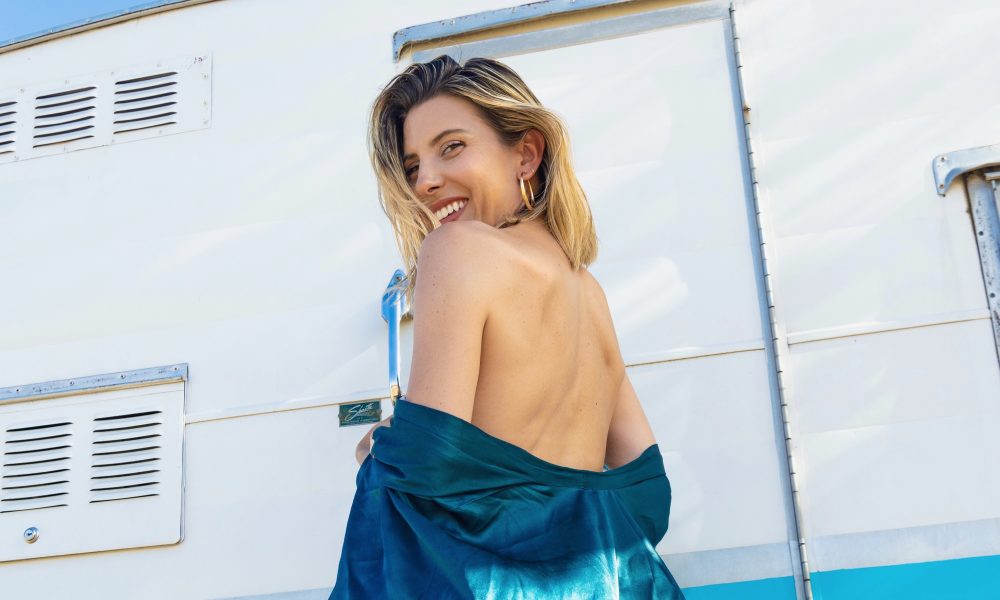 Today we’d like to introduce you to Jennifer Parkhill.

Jennifer, please share your story with us. How did you get to where you are today?
I was always a storyteller. From childhood, I was rounding up neighborhood kids and throwing them into elaborate home-made costumes to perform in roller productions in our driveway, plays in our garage, and films made on my VHS camcorder. There was a thirst for make-believe that led me first to acting. I started auditioning in Los Angeles at age 12 and made the move to Hollywood from Orange County when I graduated from high school. Years later, having become dismayed by the vapid and limiting roles I was being offered auditions for, and while in the throws of a health scare, I made a decision to go to college and further explore myself as an artist and connect back to the desire to create my own work which had fueled me as I child.

It can take a brush with the reality of how temporary our lives are to realign with our true purpose and come out of sleep mode. That health scare became my greatest gift from the universe — I woke up. I moved to New York to attend the Tisch School of the Arts and received the theater training I had always craved as well as a new community of artists who were brave enough to wander off the beaten path in order to create unique and authentic work that asks us to reckon with our own humanity and art’s ability to break down boundaries within our imaginations in order to learn how better to love one another. Art school opened the flood gates of imagination in a way that led me back to directing and writing, which gave me permission to own being a multifaceted artist without feeling that I was “cheating” on acting.

For me, it is a constant practice to combat society’s desire to give us one title. I believe artists to be more complex than what ticking one box can explain about a person or their work. I adopted a new set of tools in New York and reconnected with my creativity and confidence in a way that eventually led me back to Los Angeles where I got my first LA-based directing gig on a commercial spot for Disney where I had the opportunity to interview young girls about what “girl power” means to them. My work then started shifting to more socially conscious themes and I found myself using poetry, which I began sharing online, as a vehicle for exploring my own womanhood, body shame, and outing myself as a person who struggles with mental illness in an effort to normalize mental health and eradicate the societal shame one can feel about asking for help with mental health struggles. My work in recent years has pivoted toward centering around themes of LGBTQ+ visibility, body positivity, sex positivity, shining a light on gender inequality, and elevating the voices of BIPOC.

Today, I hold tight to carrying a spirit of play in my work, generating opportunities for collaboration with artists I will grow from and that help me better understand the world and its people and leave audiences with more questions than answers but hopefully some new revelations about love in all of its forms. I believe in communing through storytelling, whether that be through sharing writing, filmmaking, or theater making. I vacillate between being the actor, the director, the writer, the craft maker/set designer – whatever will get me in the sandbox to play. I write for online journals. I write a personal blog, as well as poetry and films. I direct. I act. But more than ever, I am focused on how to remain human and rise to the opportunity to create that is presently calling me. Today it less about me the actor/artist and more about the community, experience, and world progress that whatever story or set of individuals I am working with can sew. And that feels really good.

Overall, has it been relatively smooth? If not, what were some of the struggles along the way?
I hit a lot of roadblocks along the way. At 18, I was new to Hollywood, I was full of dreams and was susceptible to powerful executives and sexual predators who offered fame in return for sexual favors. I dodged a lot of corrupt people in my early years in Los Angeles. Agents told me to wear short skirts and heels to auditions. I was invited to a lot of bars for “meetings”. I was short and a bit of a tomboy, and dressing that way felt like being dolled up in drag. I was perhaps too young, and too eager to please the adults guiding my career to say no to advice that my intuition told me wasn’t aligned with who I am. I was told to keep my weight down. Male “acting teachers” told me to go home and look myself in the mirror naked and be honest with myself about whether someone would hire me to work on an HBO show.

It was at the time when female bodies primarily were being used to sex up television shows but it never seemed to authentically fuel the plot and I couldn’t understand why men weren’t being asked these questions in acting classes or why their reps weren’t asking to run sides with them at their residences late at night. I feel like I turned myself into a magician. I knew how to wriggle out of any situation that started to feel like I was going to be taken advantage of but it always came with a kind of judgment that said, “you’re throwing your career away if you don’t comply”. Most headshot photography sessions ended with the photographer saying, “now why don’t we take a few without your shirt on.” I felt supremely used and small and wanted to be respected as an artist and a lot of what I experienced taught me how to hate my body rather than become a better artist.

Later, as a director, I battled a lot of the same obstacles but in a different way. I started noticing members of primarily male crews deferring to the DP who was a man with questions rather than speaking to me. I had no real power on the set and felt like a prop that would make the executives feel they were being inclusive. I knew I would have to fight hard to claim my space as a female director in an industry dominated by men. My physical image was not being controlled the way it had been as an actor, but the way I was expected to behave in order not to get a reputation as a “bitch” was. I’m honestly still figuring out how to navigate all of these things. I have had meetings with reps who blew me off because I was either too old, too outspoken, or lacked the credits they wanted to see on my resume before they had even taken a look at my reel. It takes a kind of blind confidence to continue in this industry without succumbing to feelings of low self-worth.

Our job as artists is to remain open and vulnerable and that can be a tricky thing when there is a fair amount of toxic energy that we also must not let permeate our bodies and emotional lives. How to remain soft yet hard at the same time? I’m still not sure, but I love telling stories too much to quit so the only thing I can do is keep driving toward creating an industry for the next generation which is built on community, equality and respect. And keep telling the truth. Keep loving. Keep making my own work. Keep pushing toward a healthier future. The change is gradual, but the scales are beginning to tip and that excites me.

We’d love to hear more about your work and what you are currently focused on. What else should we know?
As an actor, the joy of working in this field is a feeling of continually running away with the circus. In the theater and in film, we build these little worlds that live but for a moment, sets and characters and stories fill a space and create magic and then just like that, it’s over and we move onto the next story, leaving an empty parking lot behind. I am obsessed with that magic. Turning a plain space into the fertile world of a story to be shared with an audience is bliss. Inviting those strangers into that dream to be entertained, to have their minds and hearts opened, and to commune with the performers and the story is a beautiful thing. I am proud to be an alchemist, creating these experiences for others to enjoy in along with me. I love inviting people into these worlds and ideas. And that moment of stepping into a character and becoming utterly lost in the story and bringing pages to life in real-time moments with human bodies is magic.

As a director, I am proud to be able to create safe spaces for creatives to collaborate with honesty and joy – both in the theater and on set, I enjoy rounding up the entire crew to have a quiet and thoughtful moment together before we begin our day of work, simply to commune as people and share the feelings and ideas that may be rippling through us that day and how we can use these ideas to fuel the story at hand. It takes a village. Every single member of a crew is vital. It is important to me that we all work together as an ensemble to see through a united vision. For me, this is the only way that art can work. There is no hierarchy. I see the director as the keeper of the vision, someone who collects the inspiration from the rest of the team and funnels them toward the vision with a lot of care.

They are keeping their eye on making sure the writer’s story and intention is told but uses all the imagination and influence of the team to make that happen. It is my absolute joy to hold space for other’s creativity so that they can be their most free to express. Seeing actors break through obstacles and whispering ideas to them along the way that will help them fly is invigorating. There is nothing like it. I am committed to queering the lens of storytelling. It gives me joy to break the binary and hetero-normative lens and provide spaces for queer people like me to see their stories reflected. I am always working to make the spaces I work in as diverse as possible, with a commitment to not simply including, but clearing space for the leadership of members of the LGBTQ+ community and BIPOC.

What is “success” or “successful” for you?
Success is providing spaces for people to feel seen and heard. It’s finding unity and new ideas together through storytelling. If I can be a part of something that provides healing, that is success to me. 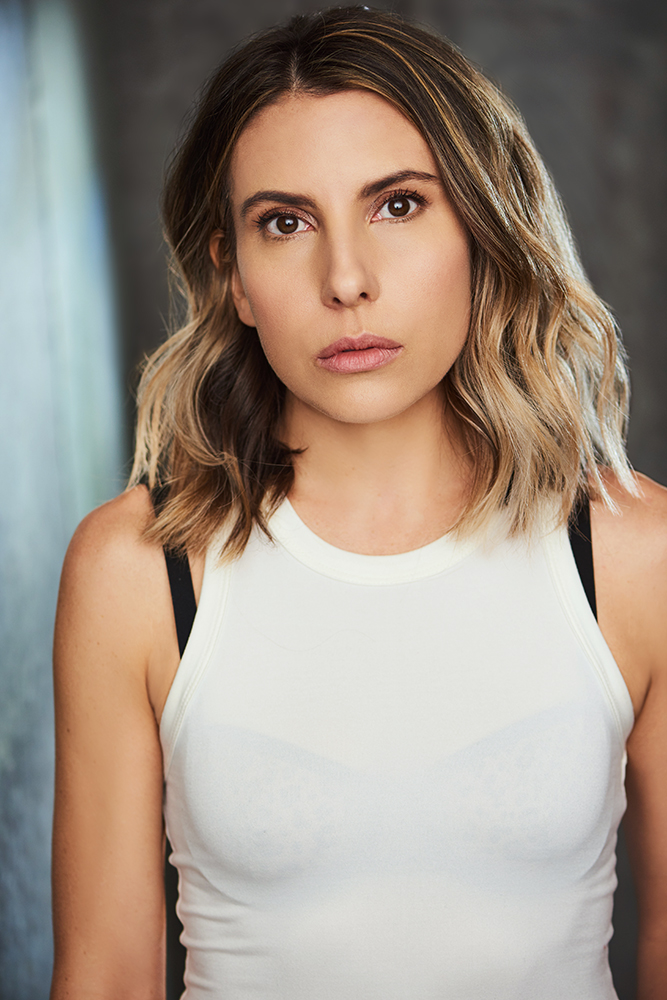 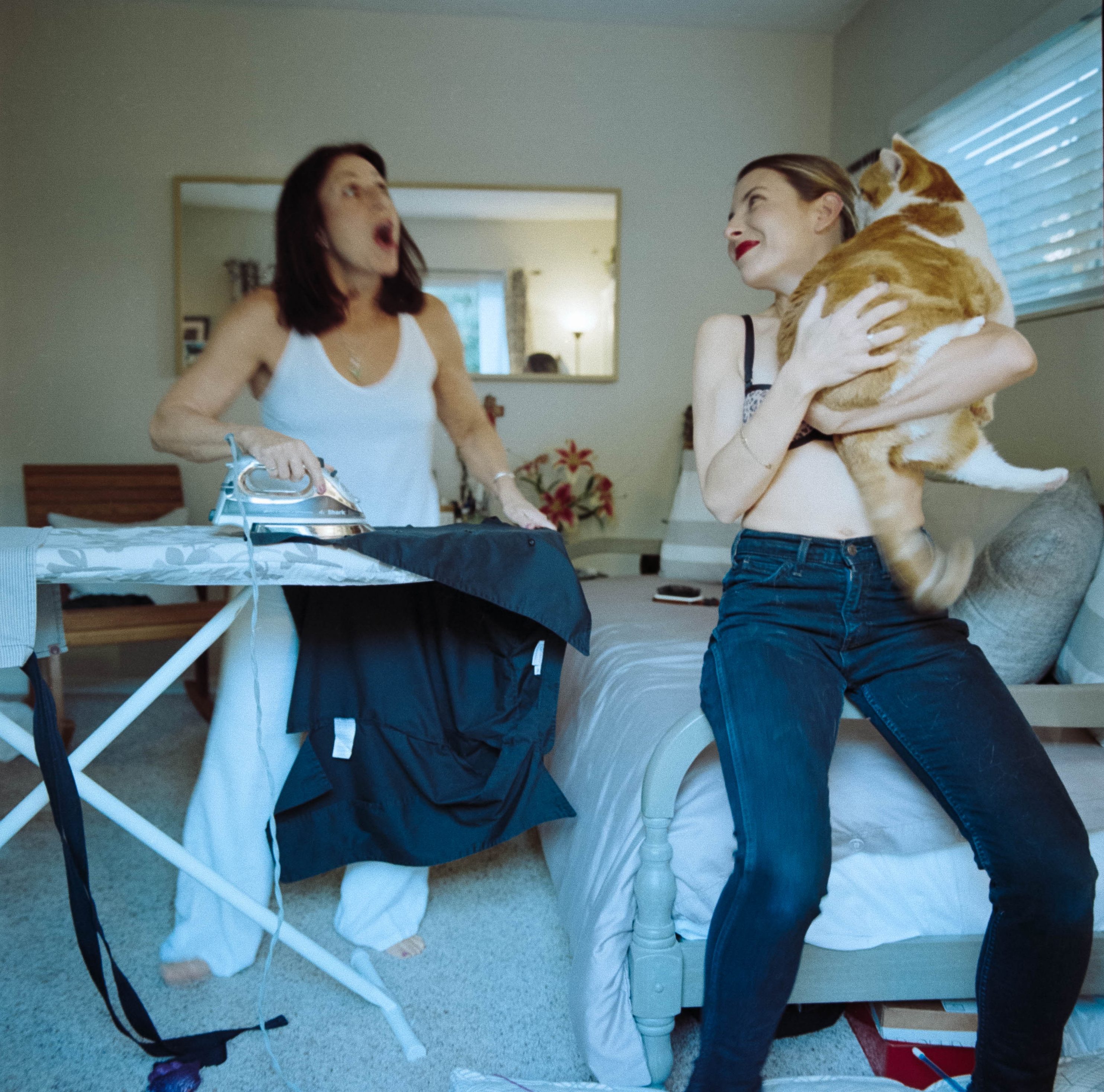