Meet Jehan Agrama and Tenny Avanesian of Lemonette in Hollywood 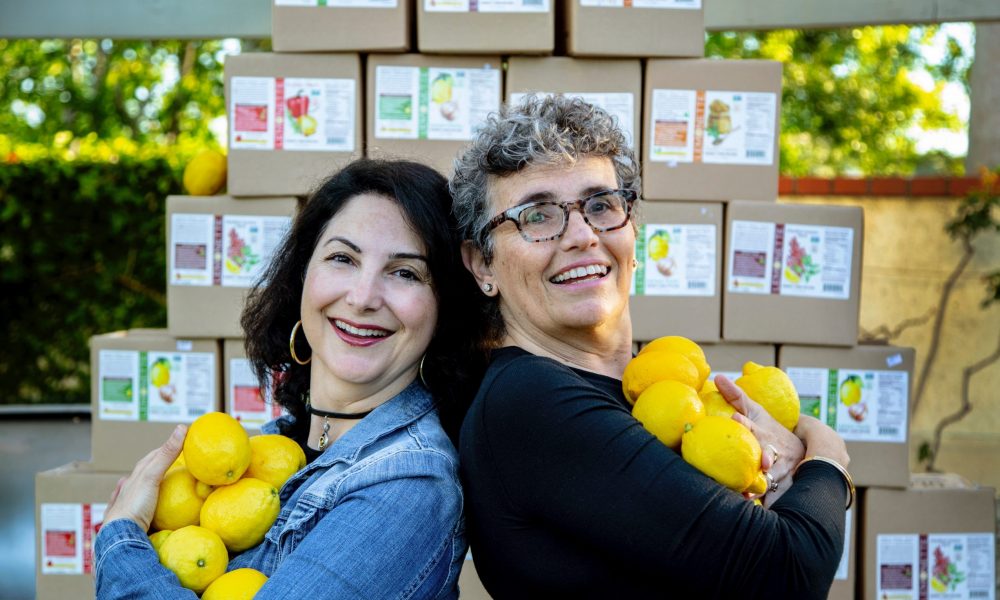 Today we’d like to introduce you to Jehan Agrama, Tenny Avanesian.

LEMONETTE is the first of its kind. It’s the only lemon-based salad dressing/marinade brand out there.

It was started four years ago by Tenny Avanesian. She could not find the simple, clean dressings that she knew growing up – homemade lemon dressings she was used to, given her Armenian roots. All she would find were vinegar-based, soy-based, or heavy, creamy dressings, with a long list of strange ingredients, hidden sweeteners, canola oil – and worse.

She started to develop her own lemon-based dressing for her family, but when friends would come over, they would have one taste and offer to buy it off of her and not take no for an answer – she realized that she suddenly had a hit recipe on her hands.

She launched Lemonette in 2015 and it took off immediately. It is now carried in 150 stores throughout California and Arizona and online, where it received top food honors from Amazon.com.

Jehan Agrama’s father, Frank, loved the dressing and wanted to invest in the company. The two families met, found a kindred spirit and decided to become partners. Before pivoting into the food space LEMONETTE’S CEO, Jehan Agrama, was a 30-year Hollywood veteran and founding member of GLAAD, the pioneering organization that was pivotal in accelerating acceptance for the LGBTQ community in the entertainment industry.

The two women are expanding the reach of LEMONETTE and growing the company together.

Great, so let’s dig a little deeper into the story – has it been an easy path overall and if not, what were the challenges you’ve had to overcome?
TENNY: Not at all. I started Lemonette when I was a stay-at-home mom with three young children. I had cabin fever and sought intellectual and artistic stimulation. Yet, I could not devote the consistent time and attention to LEMONETTE that was required. It took five years just to get the concept off the ground. From 2010 to the end of 2015, LEMONETTE was just an idea on paper. All the paperwork and licenses were in place, but there was no actual product. Even my food consultant fired me, telling me that by the time I actually had a product and it made its way onto grocery shelves, he would be dead. What I know today is self-taught and still a work in progress. However, in those early years, jumping into an unfamiliar industry, learning the ropes, all the while raising three small children with no help, was a juggling act, one that every mother continues to face.

Once there was a tangible product, getting my foot in the door was a challenge. LEMONETTE is not a household name and I was a one-woman operation, so to be taken seriously and securing store placements was a difficulty I faced. First, I had to convince store managers to test out our product; then, I had to introduce our product to consumers and educate them on our brand and why it is the better alternative.

JEHAN: Getting the word out and promoting brand awareness continues to be our biggest challenge when we are going up against big brands with deep pockets. Especially if you do not like change, it is hard to switch to a new brand when you see that the brand is here today but wonder if it will still be here tomorrow. We are determined to prove to the industry and to consumers that LEMONETTE is here to stay and that our products will be more readily available and nationally accessible.

Please tell us about LEMONETTE.
Lemonette’s entire focus as a brand is the beautiful lemon. It is a much more versatile solution than vinegar-based salad dressings and marinades. In addition, it has a lower pH and higher acidity, making it a natural preservative.

What’s more, lemons have a special place in the partners’ hearts. Jehan is an Arab-American born in Cairo, Egypt and Tenny is an Armenian-American, born in Iran and raised in Los Angeles. Lemons, which arrived in the Middle East in 700 BC, have always been a critical base to Middle Eastern and Mediterranean cuisine, adding a fresh, clean and more palatable flavor to dishes from salads to pasta to protein.

Do you look back particularly fondly on any memories from childhood?
Tenny: As long as I can remember, my sister has been my role model. Like most little girls, I emulated and admired her in every way. Every night, after ballet class, my sister would come home and prepare a fresh salad with lemon dressing from scratch. Her creation was affectionately known in our household as “Saladino.” I was hooked and came to look forward to this salad and its preparation; it was a nightly ritual. Before long, I was making the salad alongside her and through my adult years. Eventually, I created a variety of salads and lemon dressings, but it was my sister’s Saladino that planted the seed.

Jehan: When living in Beirut, Lebanon, my mother and I would often visit a family friend, Hilda. She would always make me a specific sandwich: white bread with the crusts cut off, a thick layer of butter and French jambon. I would savor it slowly intermittently sipping the accompanying extra cold, not too sweet, glass of chocolate milk. Heaven! 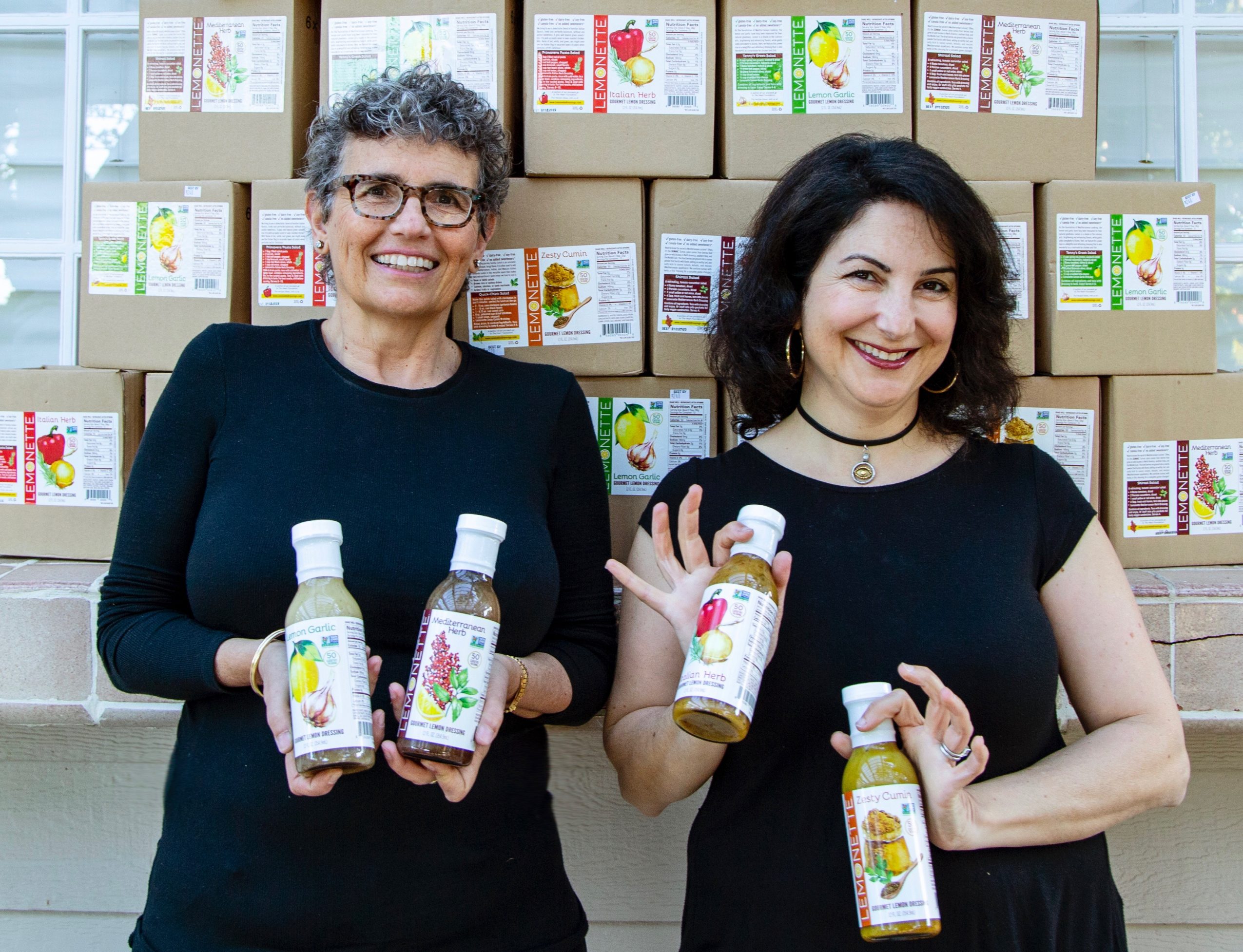 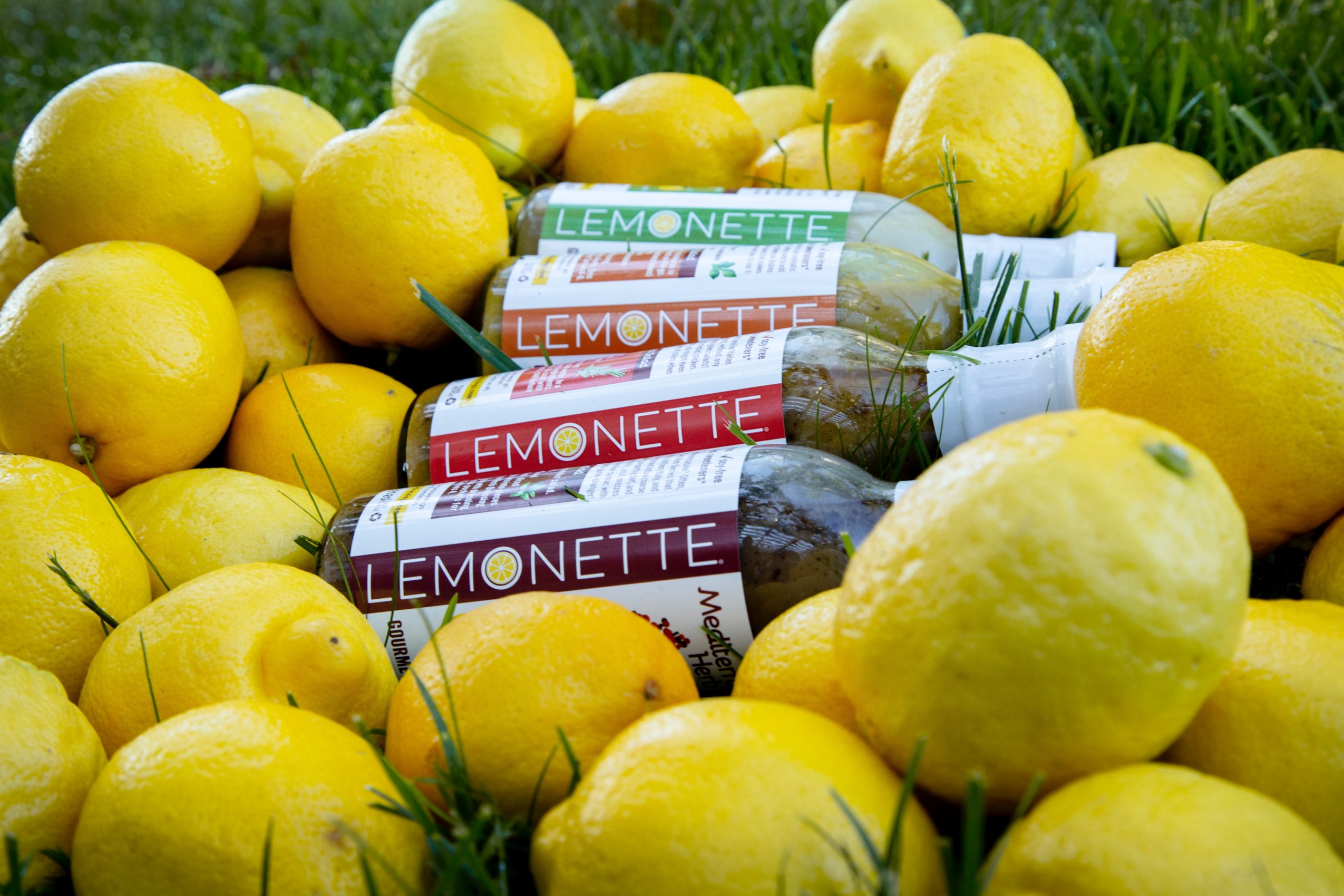 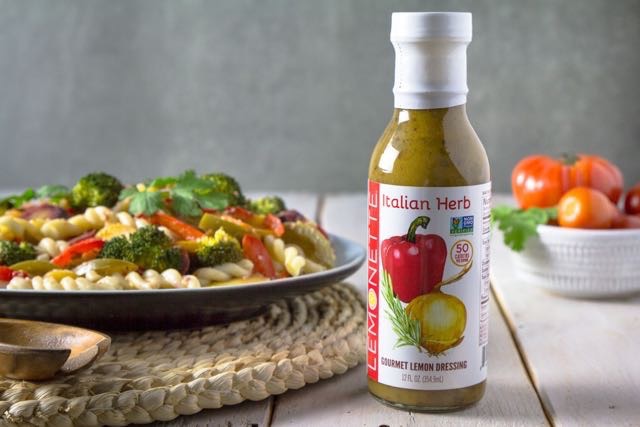 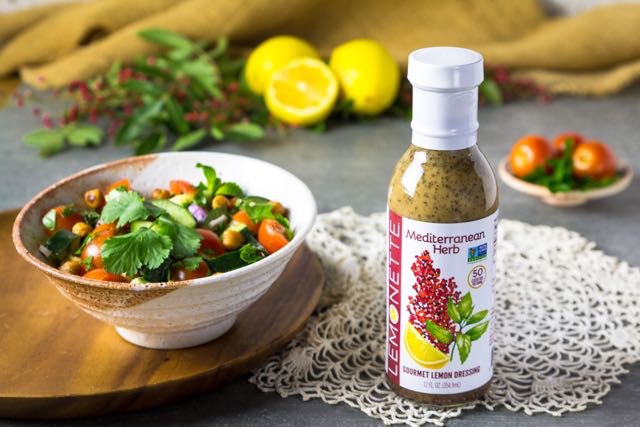 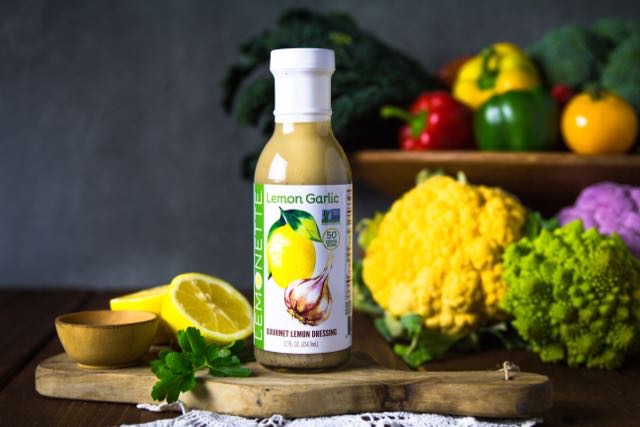 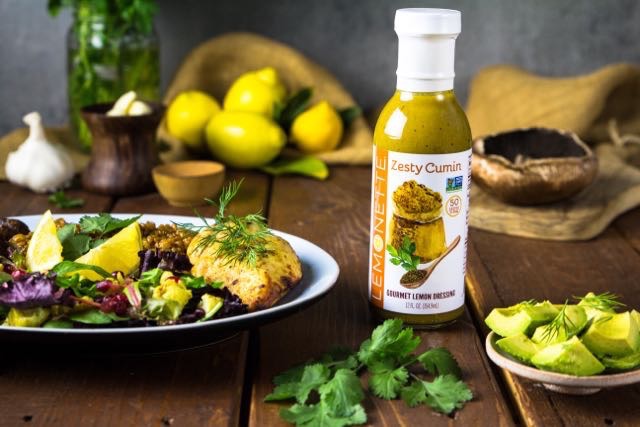 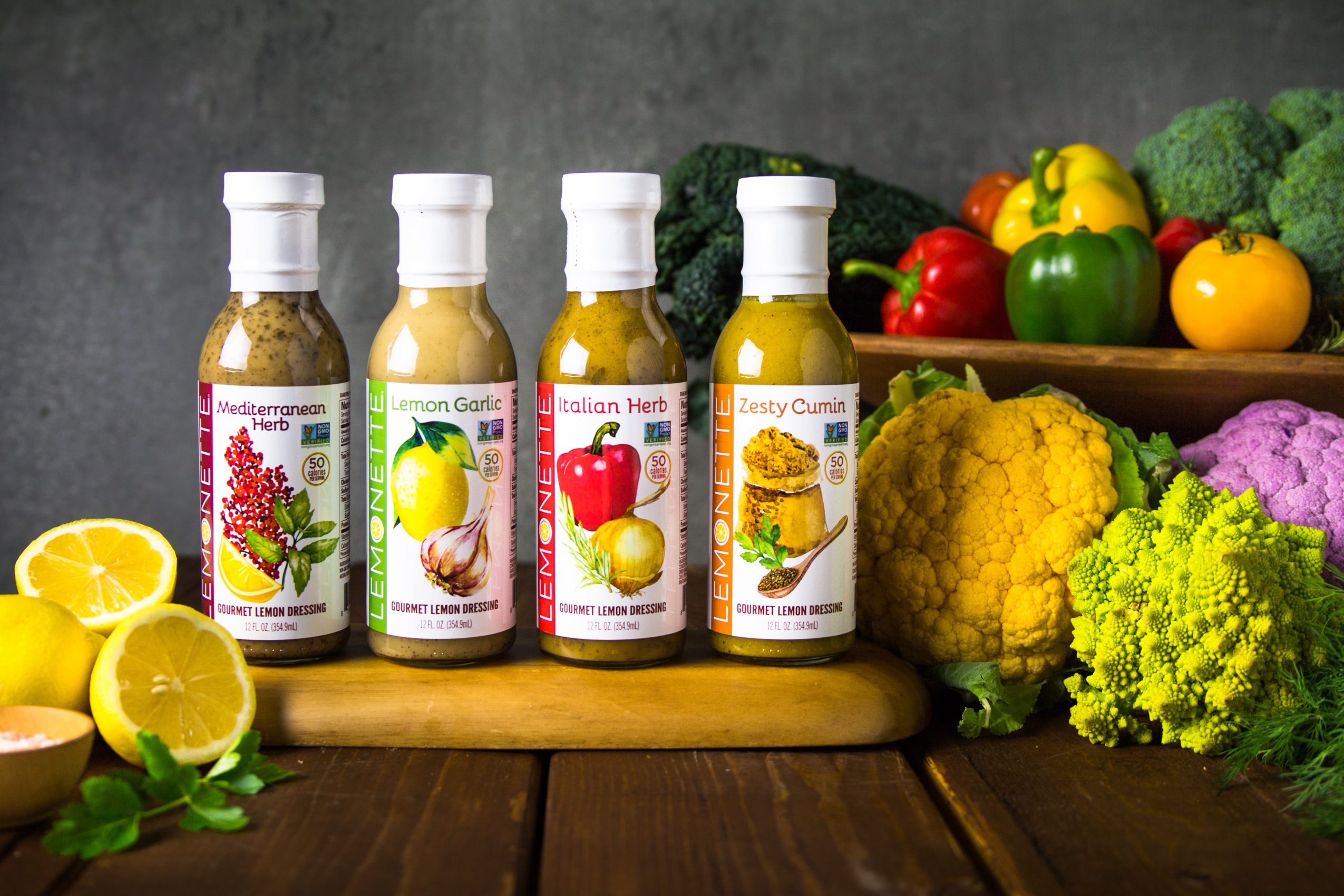