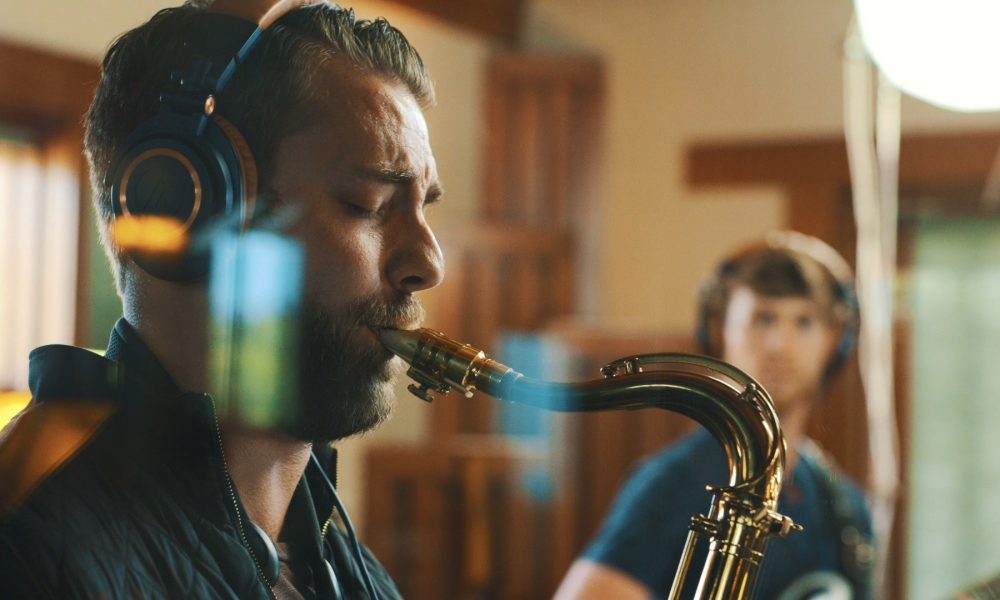 Today we’d like to introduce you to Jeff Pifher.

Jeff, please share your story with us. How did you get to where you are today?
I always knew music was my path. I begged my parents for a saxophone in first grade but I couldn’t even get my fingers around the keys because my hands were too small. My parents agreed to get me a saxophone if I still wanted to play when I entered the third grade. When the time came, of course I still wanted to play so they got me my first saxophone and I began taking private lessons right away. I studied with the same private instructor until college. I grew up in a small town with only one high school however, they had three concert bands and three jazz bands. Half the school was in band! We had so many talented students and amazing instruction. I remember one year we had 32 members from our school participating in the all state band program.

In order to progress and become inspired, I did many summer music programs throughout the country. It was at Interlochen that I got to hear amazing players that were my age. During those summers, I learned what real hard work is about; Practicing eight hours a day, playing in ensembles, and all the while learning from peers. I have kept that same routine to this day.

I was fortunate to continue to be surrounded by those better than me when I attended the Eastman School of Music for my undergraduate degree in jazz. Walking around the halls, I was constantly hearing classical music. I grew to really love the genre so much that it has greatly influenced my compositions and current project/band called Socrates’ Trial. While studying with Gary Keller at the University of Miami where I received my masters degree, I began refining my approach to the saxophone. He taught me to play the reed and not the saxophone. I also learned much of my compositional technique from studying piano with Whit Sidner. Those guys would come into my practice room everyday and give me pieces of advice or sit down at the piano with me and show me something to work on. They have become a model for me and my approach to teaching as I continue to build my own private teaching studio. I came to Los Angeles to study at USC. Many of the musicians I play with are USC graduates including several in my band. This city has so much to offer. So many talented artists expressing themselves through so many mediums and genres. I began putting together my band and writing original music after I heard such incredible playing at a jam session I organized. Most of the players at that session are the members of my band. I knew I had to start writing and creating music with these guys. We have recorded three studio albums and three live albums of all my original music in two years.

Overall, has it been relatively smooth? If not, what were some of the struggles along the way?
After high school, I attended my first semester of college at a school that really didn’t fit me. I knew I had to do something about it but music schools usually don’t let you transfer without going through the whole audition process again. My playing was not up to the level it needed to be at in order to get into the school I wanted so I dropped out of my current school after one semester and began splitting my time between practicing and a job at the local golf course. Yeah I was the guy in the armored golf cart picking up driving range balls while getting pelted by eager golfers teeing up and aiming right for me. I listened to a lot of music in that golf cart! I reapplied and auditioned for the following school year and got a scholarship to Eastman School of Music. I got pretty burnt out from school when I moved to Los Angeles. I was spending most of my time doing academic work and not playing. When I would play, I felt as though I had regressed so I got really down on my playing to the point that I stopped for almost a year. After easing into again, I began to remember what it felt like to make progress and realizing the ideas that I was hearing musically in my head. That’s what’s always been the intrinsic motivation for me; bringing to life, even just in that moment, what’s inside. I’ve lived in many cities and had several different jobs along the way but those experiences have ultimately helped to strengthen my resolve and fuel my passion for music.

Creativity can be such a fragile thing and to do it for a living has certainly not been a smooth road. Many times, I feel I’m still trying to stay on the road! Sometimes the mind can be a terrible thing and be the source of much of the struggle. Self-doubt, self-deprecation, societal and financial pressures are all sources contributing to the struggle.

We’d love to hear more about your work and what you are currently focused on. What else should we know?
I suppose one thing that is a bit more unique about my music is the fusion of cinematic qualities with improvisation. When people ask me what kind of music I play, I tell them it’s “cinematic jazz”. The music has the strong melodic and storytelling qualities that you often hear in film scores or soundtracks but with long improvised solos somewhere in the middle. It’s really programmatic music much like what you find with Berlioz and classical composers where there are clear themes and storylines. Set for release this year on November 22 is my latest album entitled “Anthem” with my group called Socrates’ Trial. It’s a 60 minute continuous piece of music that tells a story. Many of the titles are taken from the Declaration Of Independence. The music follows the historical document’s pronouncement for freedom and to set in place “new guards”. I’m really excited to share this new music. We have orchestral strings, percussion including taiko drums, choir, modular synthesizers, and more on this album.

Any shoutouts? Who else deserves credit in this story – who has played a meaningful role?
My biggest supporters are my parents. They have also been my biggest source of inspiration. I grew up watching them work tirelessly in their careers. Often I would go with them to work on the weekends and watch them sifting through documents or researching in libraries. I would hear them dictate letters or spending hours on conference calls. Much of it so I had the opportunities to succeed. I don’t know anyone that works as hard as they do. They taught me there is no substitution for hard work. I can always bounce ideas off of them and get great advice. I have had the privilege to study and learn from many great teachers along the way; too many to name. I think I’ve learned the most from my peers. They deserve lots of credit. Consistently I’m inspired by what my peers and those in the art communities are doing. 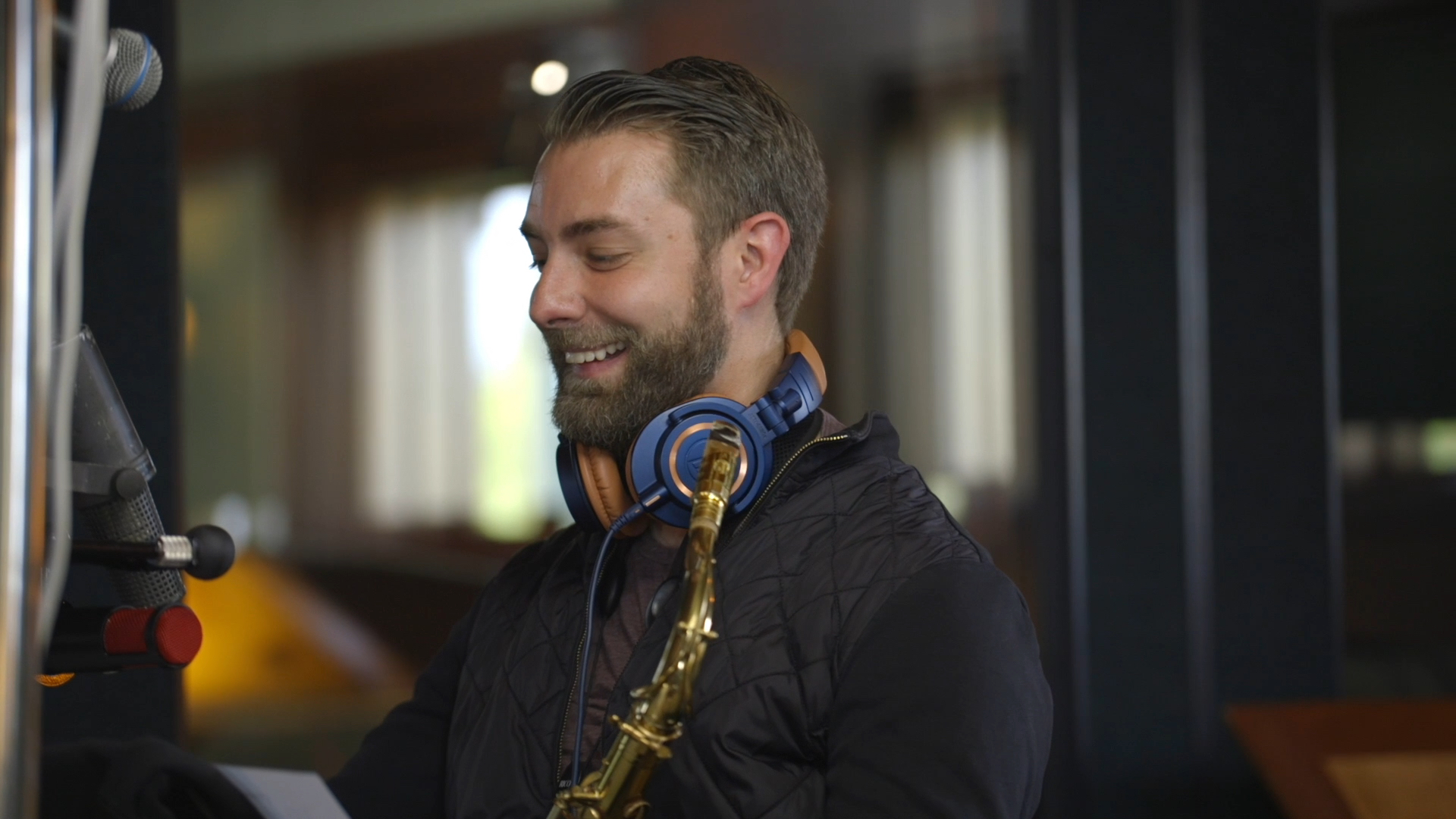 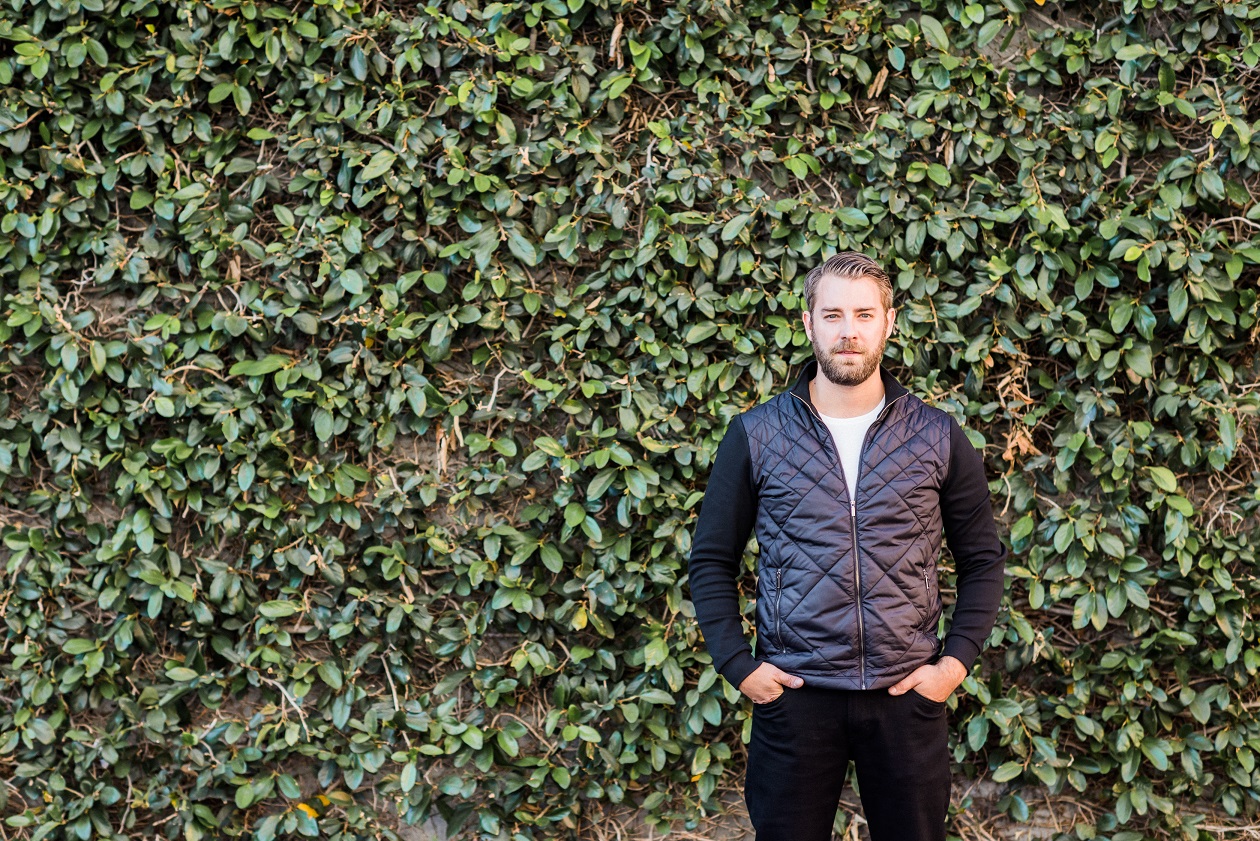 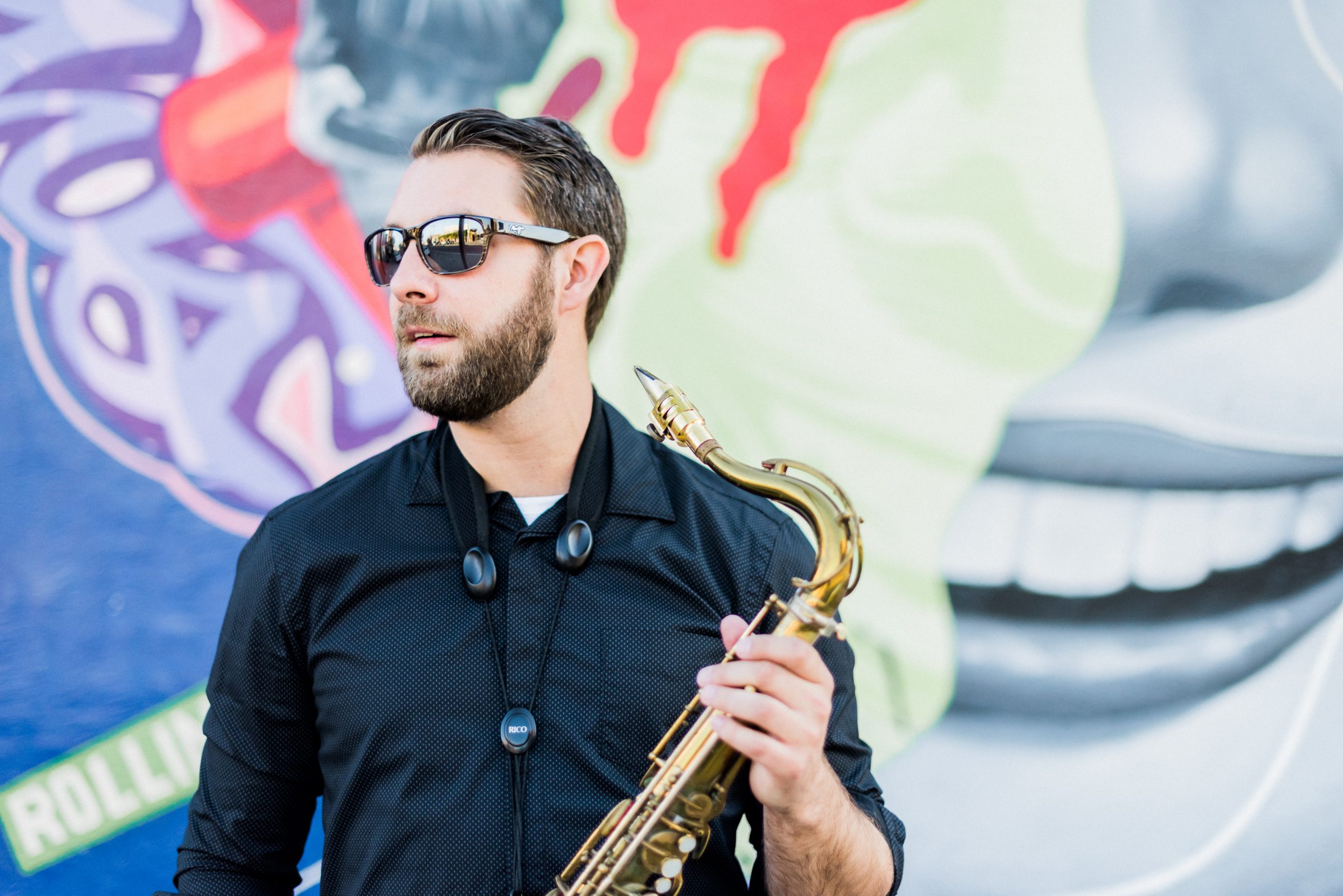 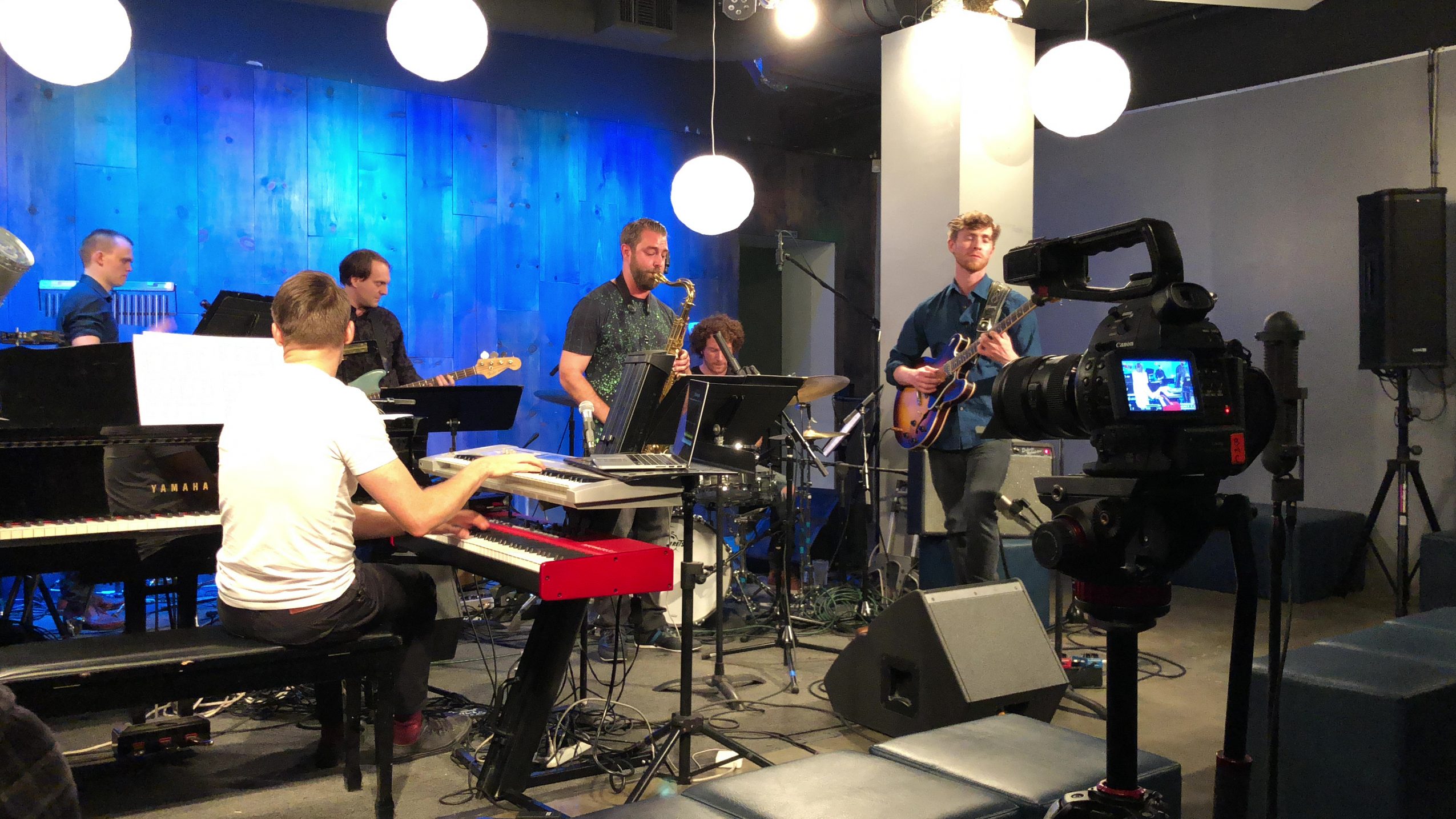 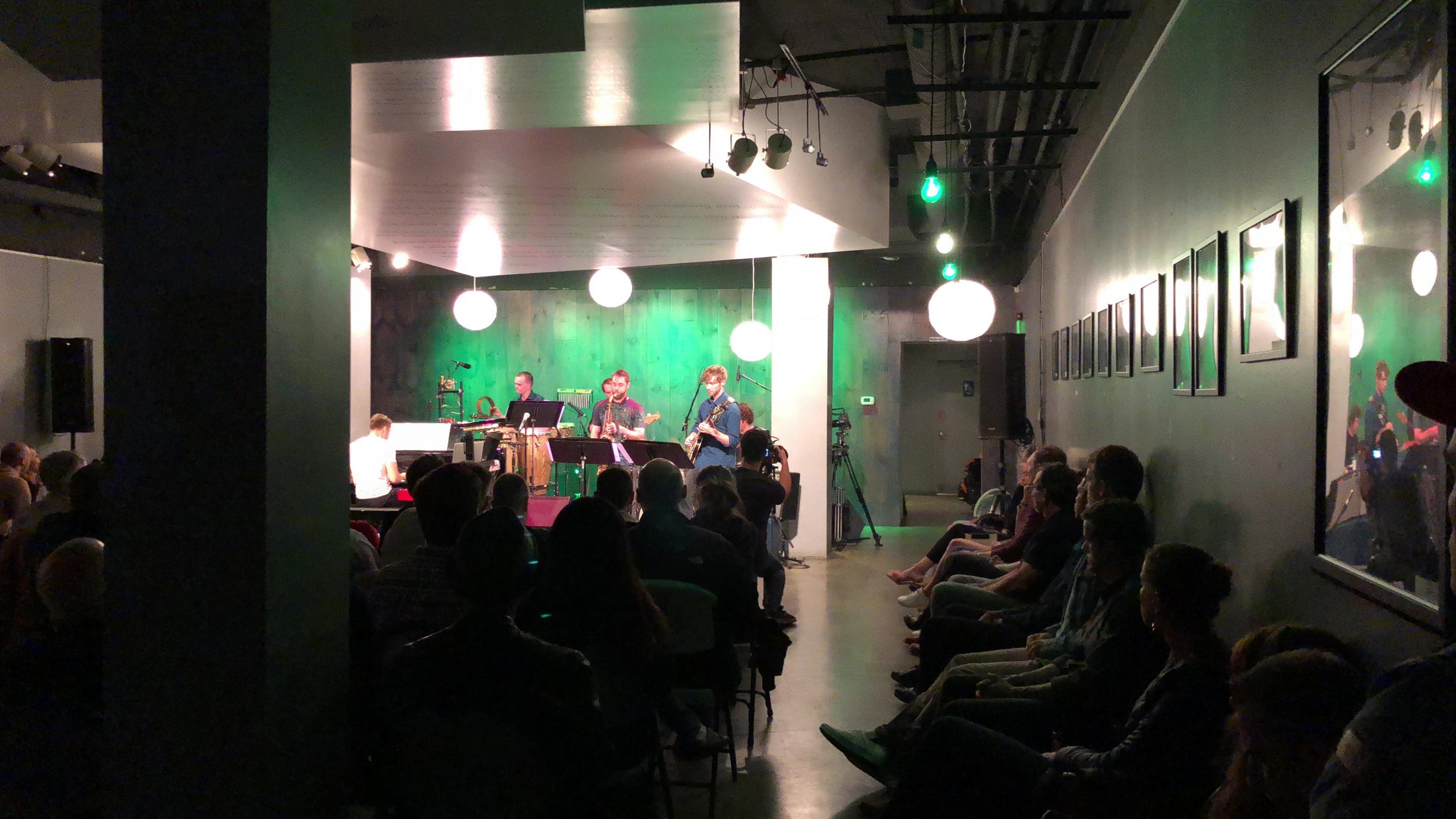 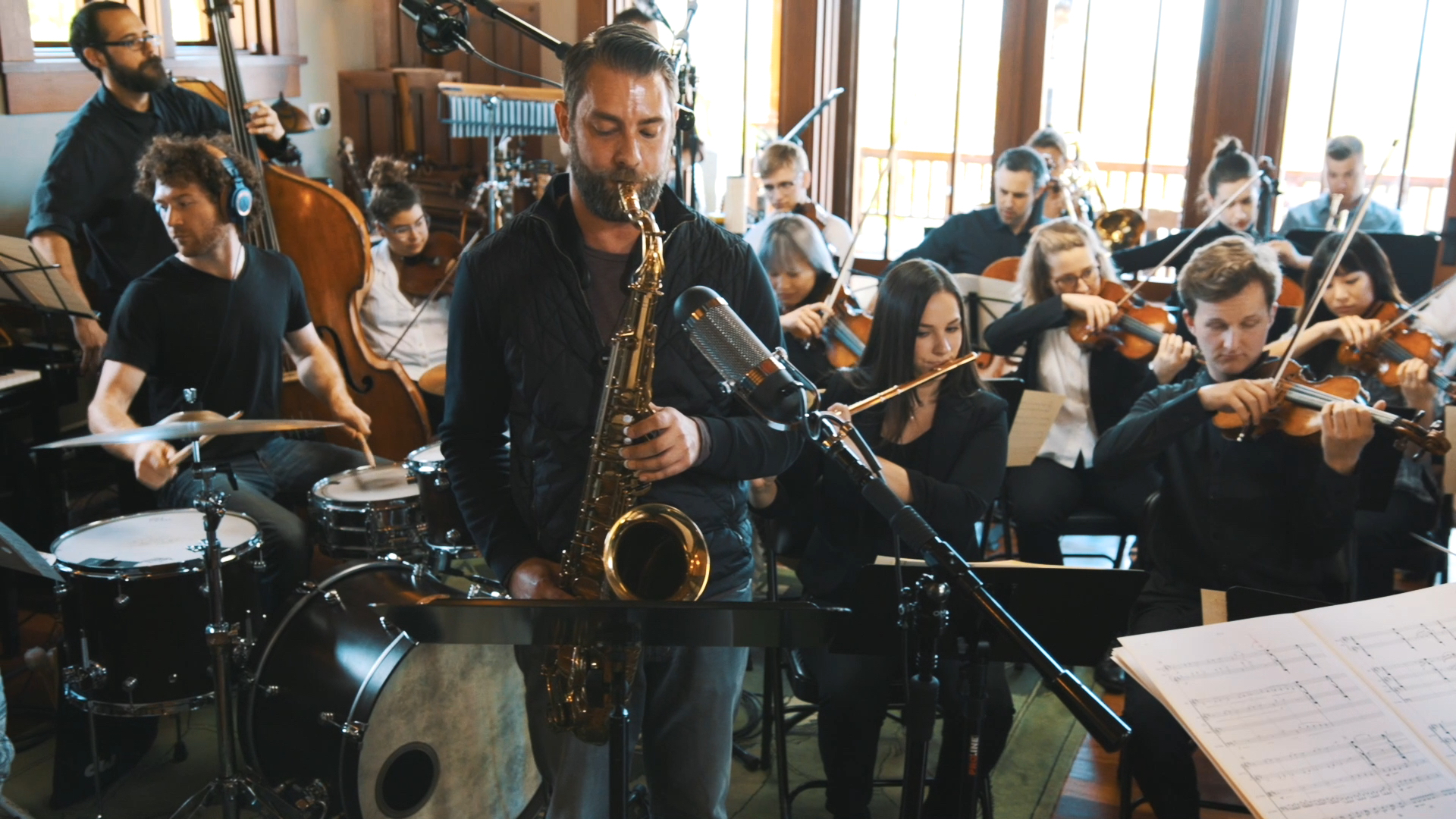