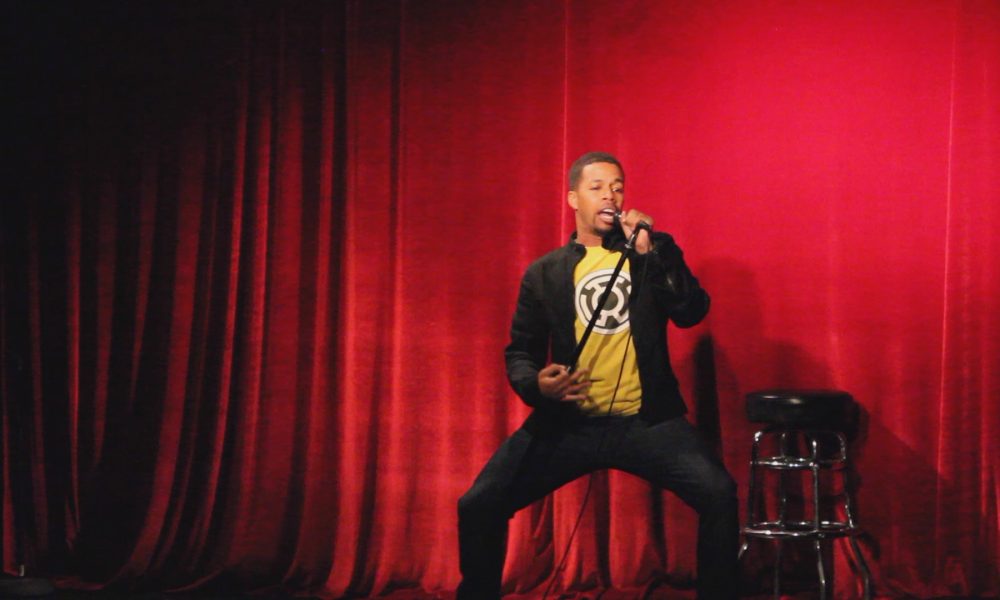 Today we’d like to introduce you to Jay P. Brown.

Thanks for sharing your story with us Jay P. So, let’s start at the beginning and we can move on from there.
I’m a stand-up comedian & actor. I was born in Atlanta, Georgia, but after my parents split up, we moved up to Toronto, Canada, where I lived for most of my life. I started Stand-Up Comedy in 2000 and then quit in 2004. During that time, I was also working in the Fitness industry, and training & competing in Muay Thai (Thai Boxing). I fought many times in North America and even lived in Thailand for six months to level up my training and see a different part of the world. Although I was enjoying these experiences I was having, I was still on the fence about what I wanted to do with my life: Become a firefighter or an Actor. Thanks to the interactions & conversations I had with certain people, I made the decision to focus on Acting, and once I got back to Toronto, I hit the ground running, doing student films, short films, indie films, even booking commercials.

I eventually moved down to Los Angeles to further my Acting endeavors. And then, as I was working at an office temp job, I was watching a documentary that included an audio clip from George Carlin, and I thought that it was brilliant! So, I looked up more of his comedy specials, along with other comics like Bill Maher, David Cross, Joe Rogan, Sarah Silverman, John Mulaney, Dave Chappelle, and my absolute favorite, Patton Oswalt. I eventually made the decision to get back into Stand-Up Comedy… and I’ve been here ever since.

Great, so let’s dig a little deeper into the story – has it been an easy path overall and if not, what were the challenges you’ve had to overcome?
Absolutely not. The roads of an artist are never easy. There were many struggles along the way. Firstly, I moved down to Los Angeles with no family, no friends, no job. For my first three years, I had no car, I was living in the living room of someone’s apartment in North Hollywood, sleeping on a cot, dealing with shady neighbors, police raids, and bedbug infestations.

Secondly, there were many times that I was barely scraping by, I didn’t know how I was gonna EAT, never mind pay rent… Dealing with deaths in the family, which are never easy for anyone. One of the most devastating things I’ve had to do was fly back to Canada, sit in a hospital room, and helplessly watch my mother die of cancer. It was like my whole world just got obliterated right in front of me, and I was powerless to stop it… It’s even harder to try to put all the pieces of your life back together when it happens. I’m still trying to do that to this day.

Lastly, as an artist, you deal with rejection almost everyday, be it in the professional life or the personal life. Not only that, but you also have to fight, with every fiber of your being, the urge to compare yourself unfavorably to your fellow artists when you see them on social media reaching certain levels of success. While you do feel happy for them and wish them the very best, sometimes you can’t help but wonder, “When is it gonna be MY turn? When am I gonna find success???” And sometimes, it can make you doubt yourself, which is one of the worst things to happen to you: “Why did I choose this path? I should’ve been a doctor, or a lawyer, or a WWE wrestler. What if I don’t make it??? What am I gonna do???” All this stuff can get in your head, and it’s poisonous & detrimental to your health. But then, I ask myself: “Is there anything else, ANYTHING ELSE, on this planet that you absolutely love, and can see yourself doing for the rest of your life?” And every time I ask myself that question, without fail, the answer has always been: NO.

Believe me, there were many times where I felt like quitting. Hell, there was a couple of times where I felt like taking a walk across the freeway. But, I still fought like hell to get where I am, and even though I’m not entirely where I wanna be yet, I’m still in the ring with my guard up, my stance strong, getting that second wind. I use the same mentality for my goals in this industry that I did when I was in the ring: Throw whatever you want at me. But to beat me, you’re gonna have to kill me. I’ll die before I quit. So that’s my mantra, through and through: Victory or Death (That probably sounds morbid as hell, I know… LOL)

We’d love to hear more about your work and what you are currently focused on. What else should we know?
I’m a Stand-Up Comedian & Actor out here in these LA streets. I’ve been performing for over six years now, at places like The Comedy Store, The Ice House, The Hollywood Improv, the HaHa Comedy Club, and Flappers. I’ve also performed outside of Los Angeles: The Mad House Comedy Club & The Comedy Palace in San Diego, Laughs Unlimited in Sacramento, Loonee’s Comedy Corner in Colorado Springs, CO., and various comedy festivals in Sonoma County, Las Vegas, and Fort Wayne, IN.

I do my best to perform as many times per week as I can, to keep the Comedy swords sharp and to continue working on my material. After the shows, it’s back to the lab to continue the work. Yeah, it’s definitely a grind, but this is the life that we, artists, chose.

What moment in your career do you look back most fondly on?
The proudest moment/s of my career so far… Hmmm… Well, anytime an audience member comes up and tells me, “You were so funny! You’re awesome!”, or a fellow comic tells me, “Great set, man! You killed it!”, or an upper-echelon comedian takes notice and says, “Dude, you’re funny as fuck! Lemme introduce you to this booker…”, those are moments that fill me with so much joy & happiness, and remind me that I’m on the right path.

Also… just the fact that I’m still here in the game is a huge accomplishment for me. It’s an extremely tough path that we chose, filled with all sorts of obstacles and pitfalls that would make most people throw in the towel. Adversity is Nature’s way of ruling out the weak, and I’ve experienced so much of it throughout this journey. We all have. In all avenues of this thing called Life. But after all the dust settles, and the smoke clears, I’m still here. I’m still standing. And that’s massive!

As for the rest of this crazy journey… Well, we’ll see what happens. 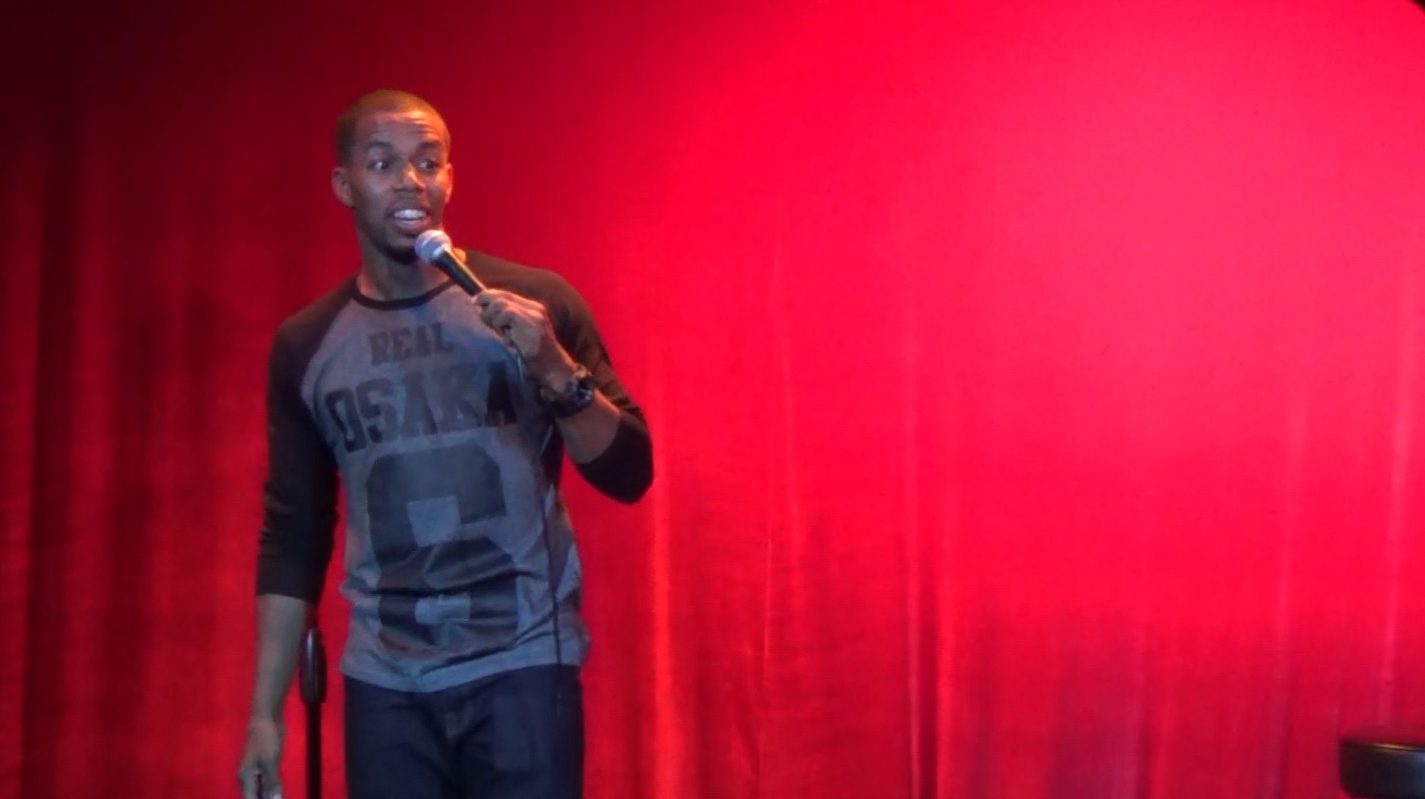 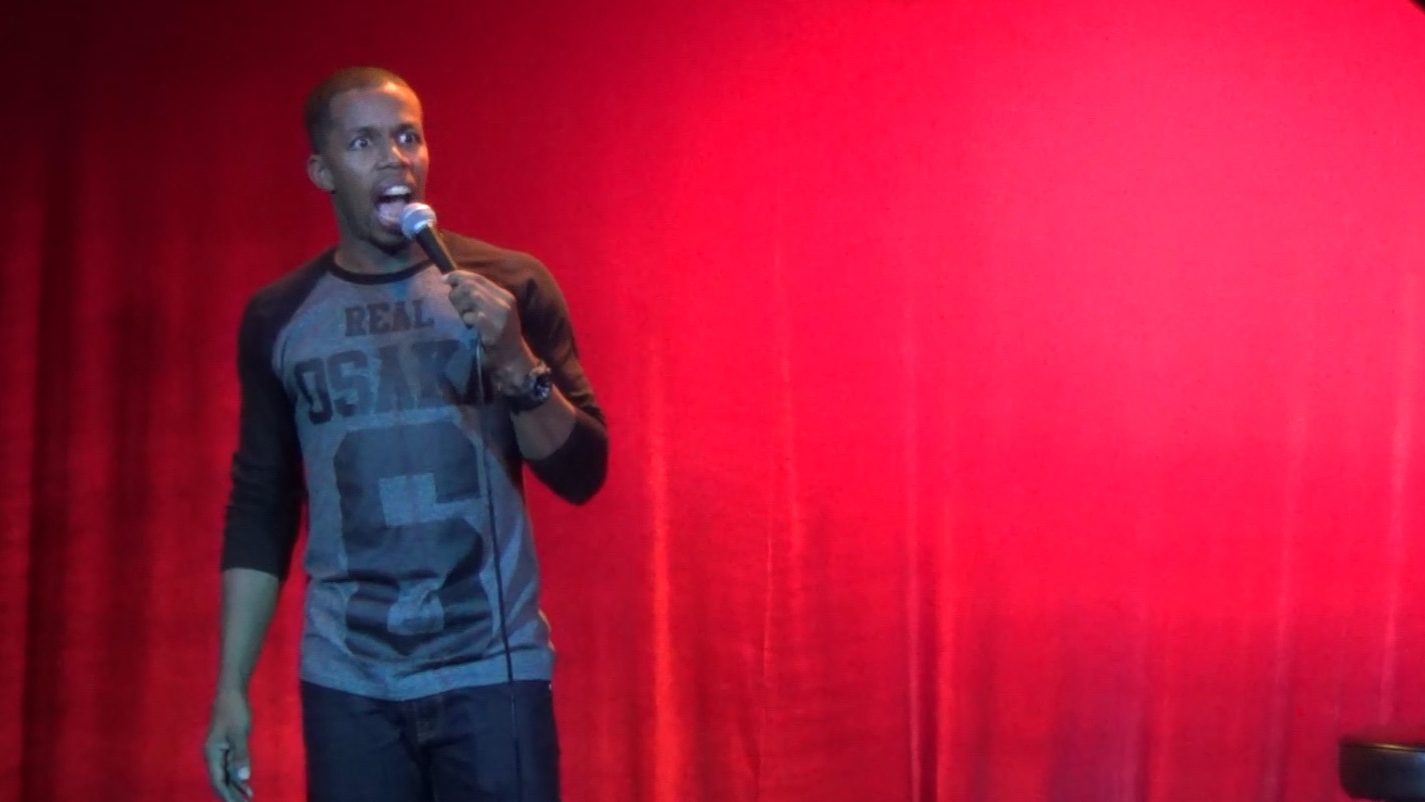 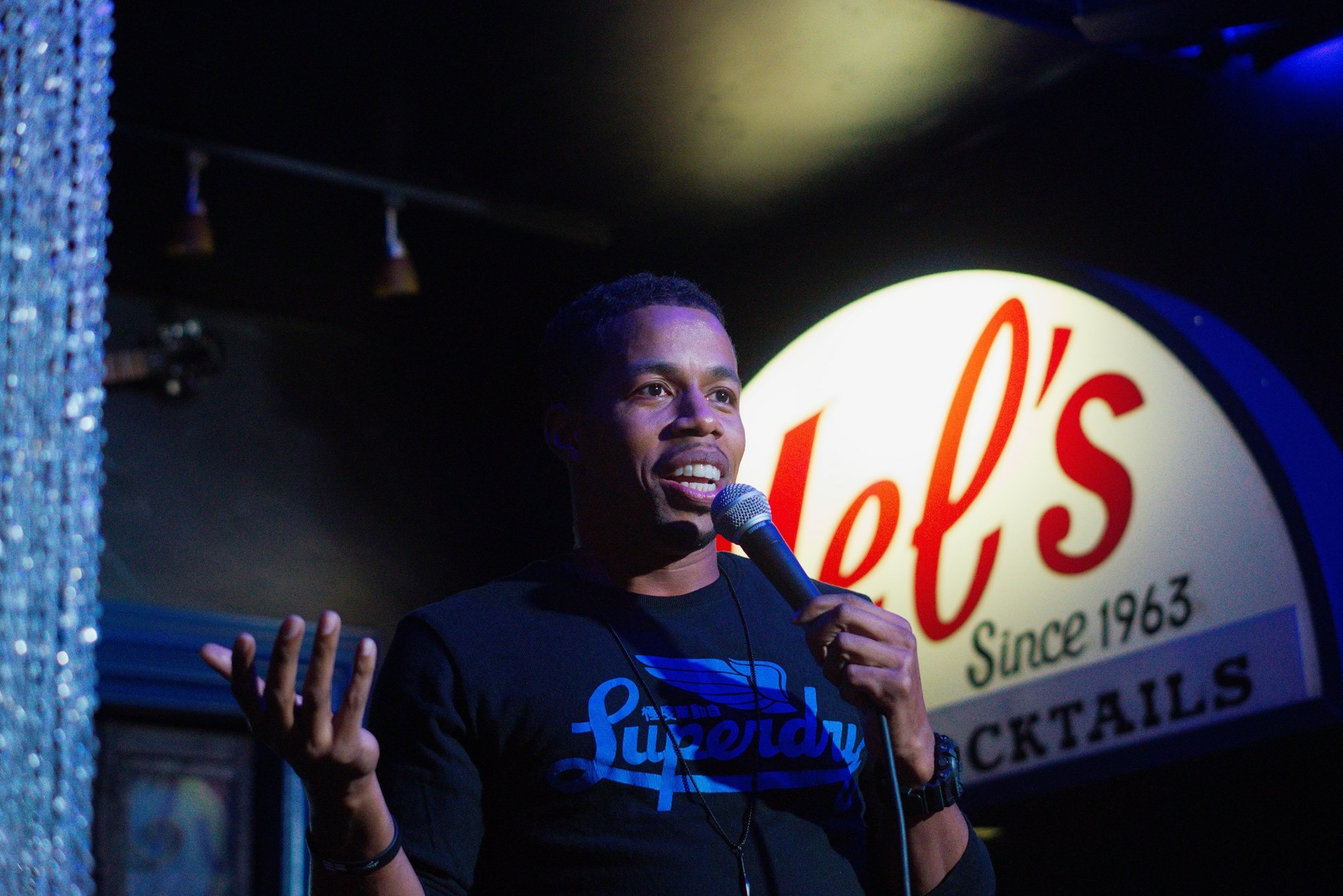 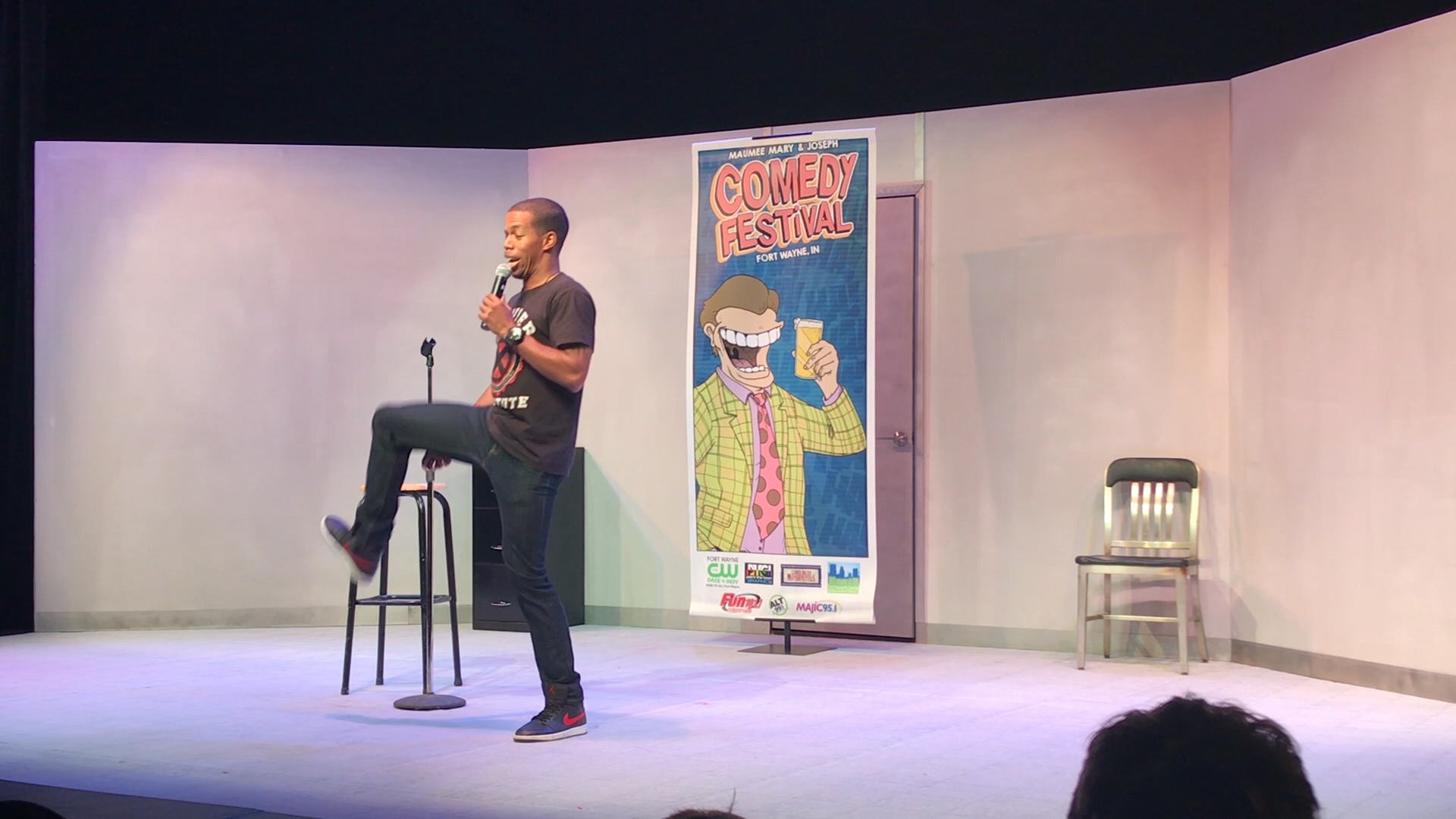 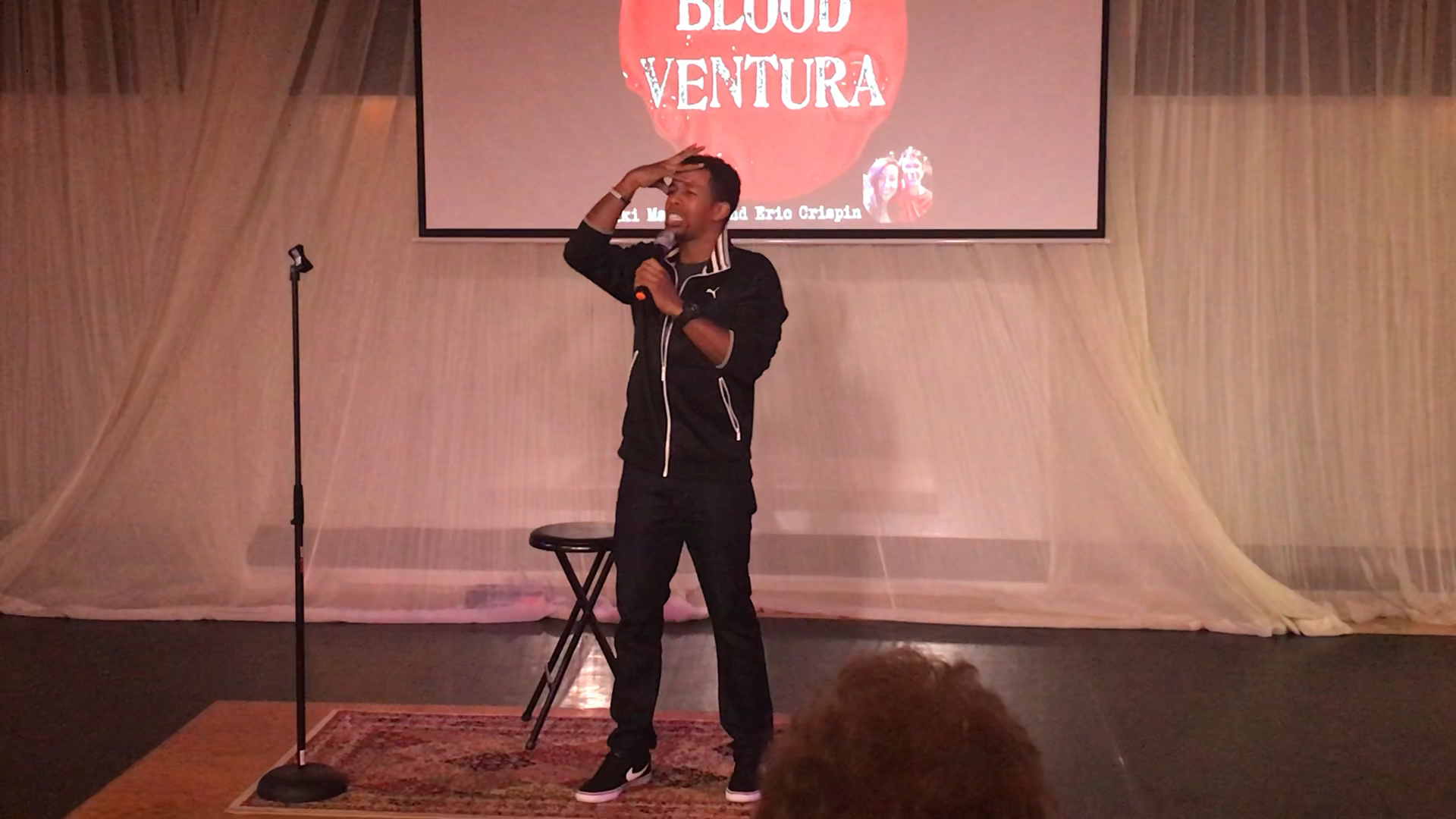 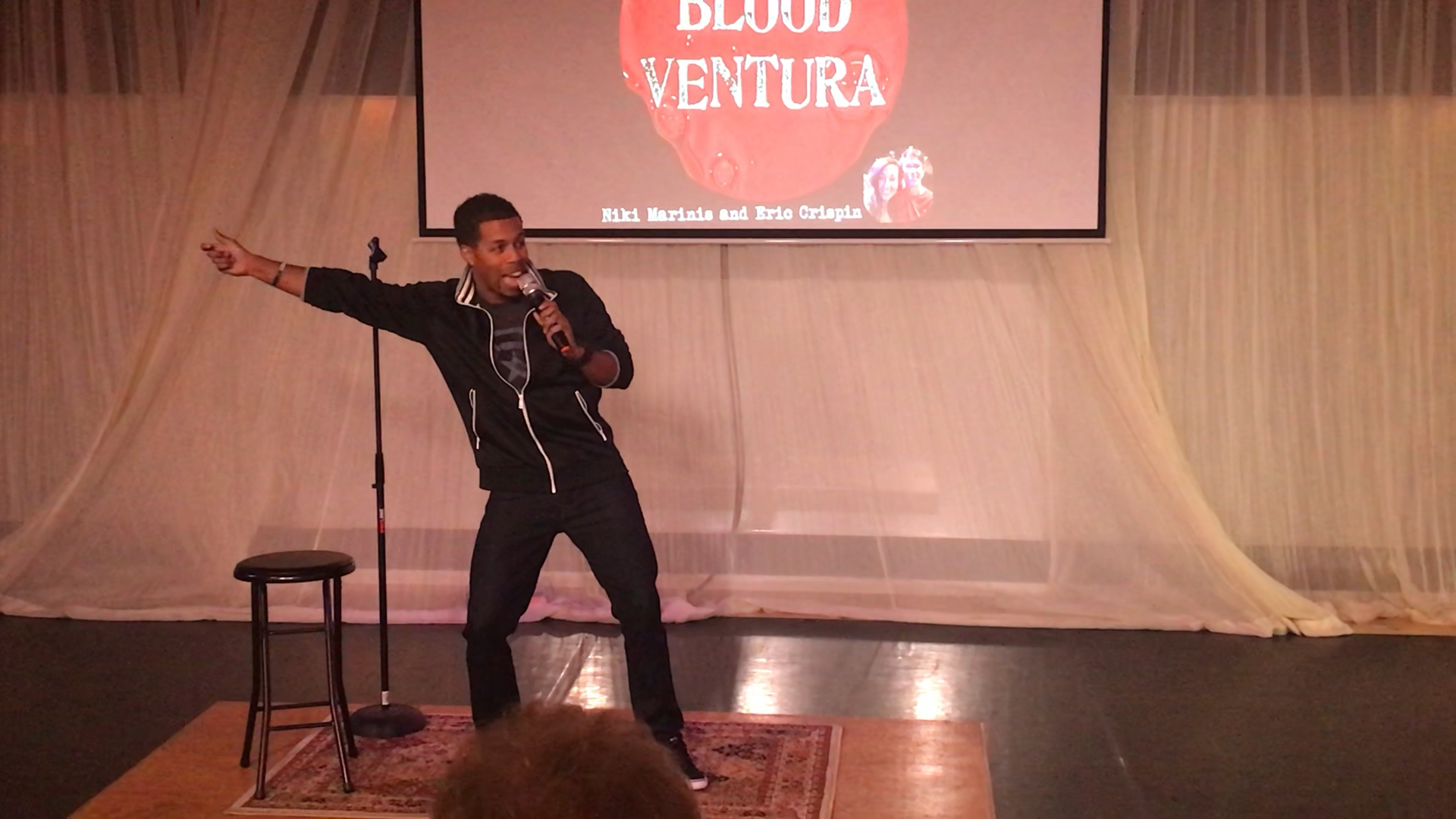 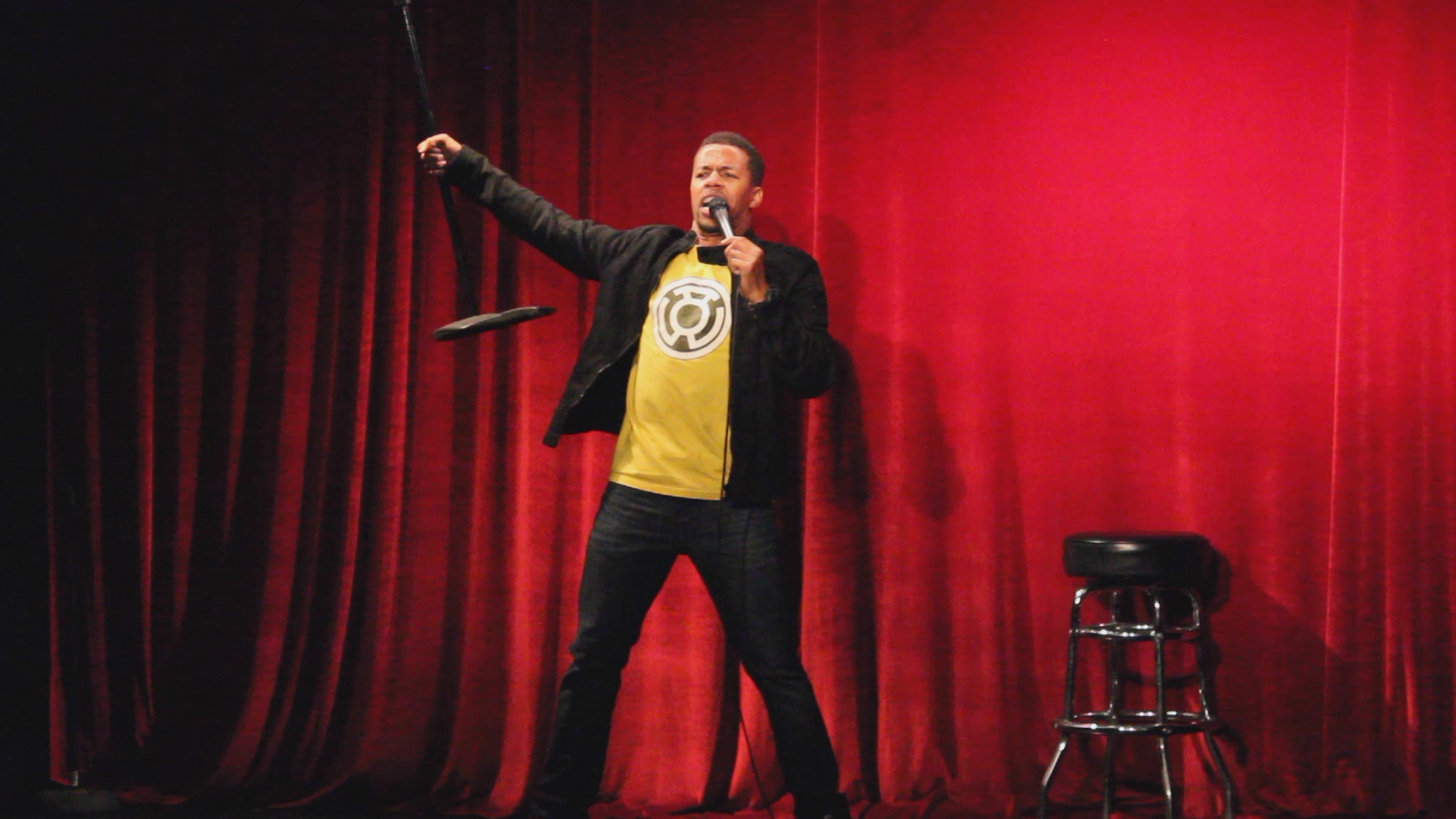 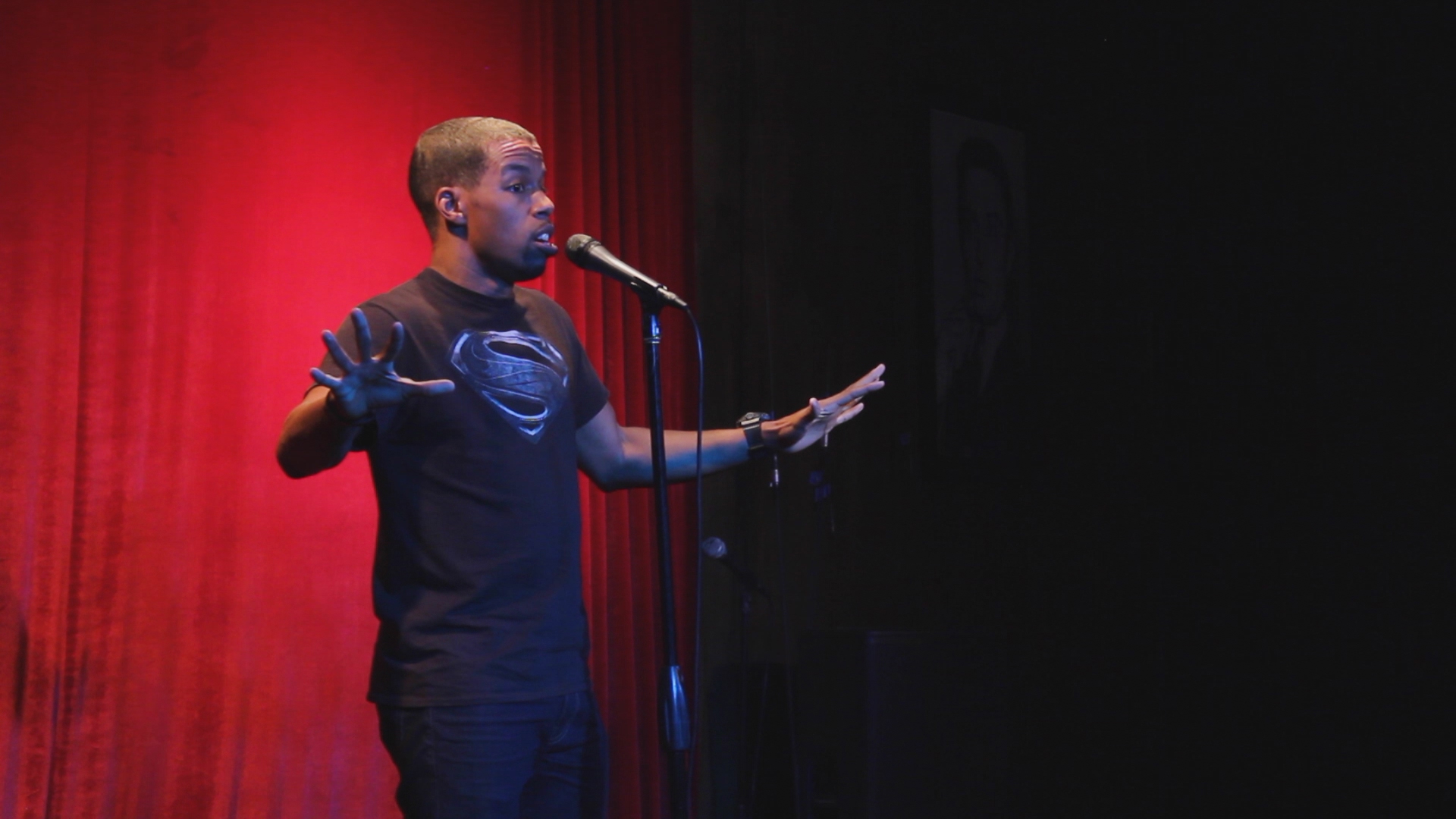 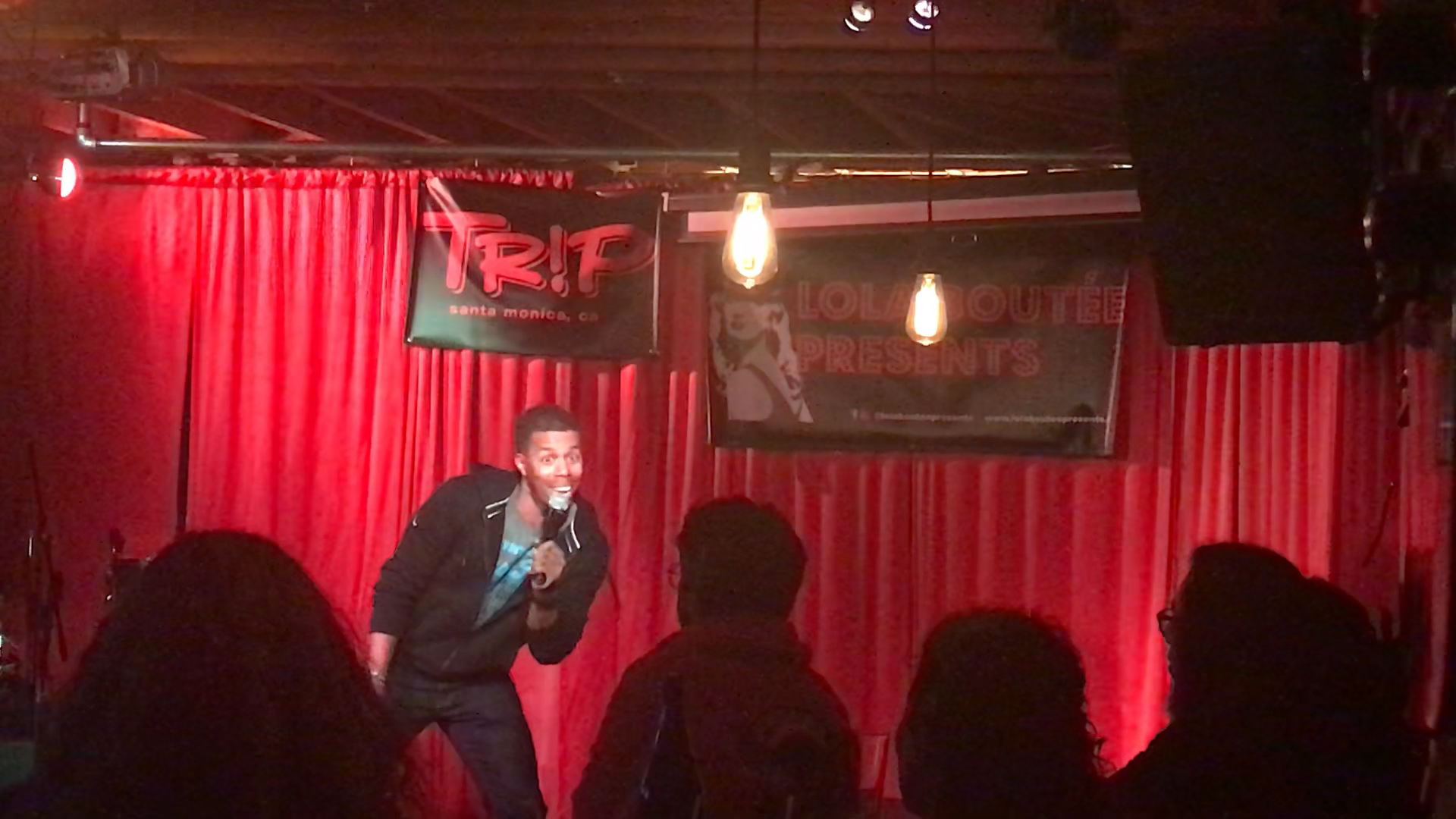