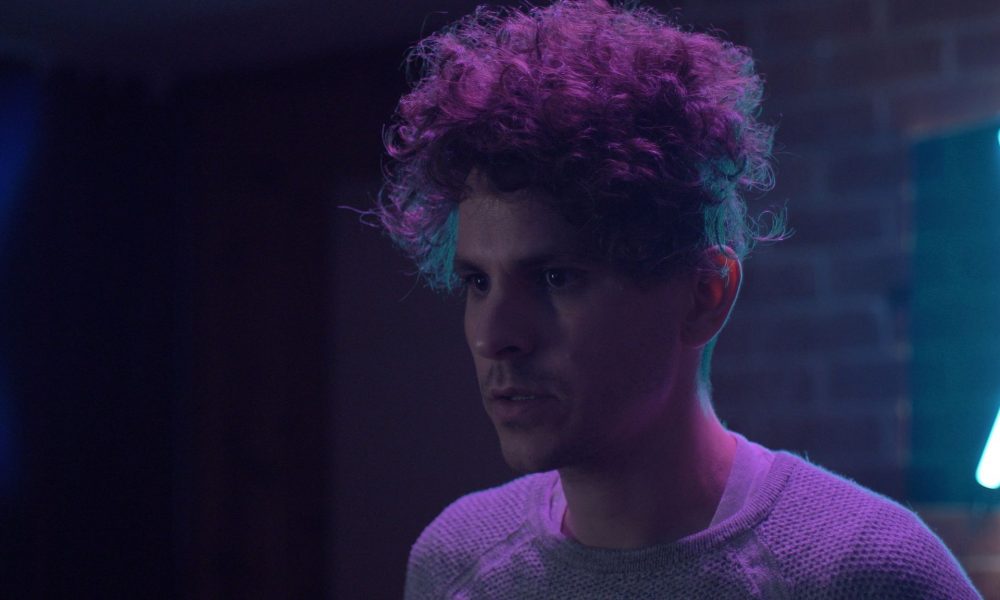 Today we’d like to introduce you to James Meder.

James, can you briefly walk us through your story – how you started and how you got to where you are today.
I’m a singer/songwriter and multi-instrumentalist. My ‘day job’ is operating a recording studio and making records of all types with people of many different backgrounds (Pique Recording). The lines blur between making records and my performances as a songwriter. I feel like I’m collaborating in both worlds – either with musicians in the studio or with audience members when onstage.

I grew up in the Sacramento area, went to college at Cal State Monterey, moved to Oakland after school where I lived for 6 years and now reside in Northridge for a little over a year. I went to college for recording technology – this is when I fell in love with the record making process and began performing at local coffee shops and venues.

I decided to move to LA after my housing situation in Oakland burned up (literally). The warehouse building where I was living experienced an arson fire in the politically charged housing climate of the east bay post the Ghost Ship tragedy. I didn’t lose any belongings but the city deemed the living space unsafe (though I would argue otherwise). In any case, the experience enabled me to have a clean get away from the Bay Area as I was without housing overnight.

I made my first full-length album entitled ‘Aura’ while living in Oakland. I also made a 6 song EP called ‘disKover’ of cover tunes of artists who inspire me (John Martyn, Ryan Adams, Meshell Ndegeocello, etc…). I am currently in the middle of recording my second full-length album. I am recording and performing all the parts myself so it’s a tedious and slow project. It keeps me focused and also gives me the opportunity to learn. I hope this enables me to pass on knowledge of the recording process to the many artists I work with.

I am currently in the studio with WIRES (Long Beach), Black Cat Majestik (LA), Social Anxiety (LA), Oddly Even (San Jose), Vincent Randazzo (Monterey), Jebidiah (Bay Area), Vesper Sails (San Francisco) Tracy Cruz (San Jose) and many others. Another relatively new project is called ‘Under The Tracks Live’ which is a collaboration with Rob Lynn Productions.

Artists are invited to perform a short set at Pique Recording – it gets professionally recorded and filmed and then released at a later date. It’s been great to meet new musicians in the area and connect to the local music/art scene.

Overall, has it been relatively smooth? If not, what were some of the struggles along the way?
No, it’s ever changing and I have to be adaptable.

My housing situation in Oakland was an obvious hurdle. I moved every 2 years in the Bay Area because I kept getting pushed out of housing due to rising rents. Pique Recording was operated in two locations in the bay area before Northridge. The first location was a rented space, while the next two spaces have been ‘home studios’ in live/work spaces. I keep overhead low by living where I do my work. This also affords me the opportunities to work on my own projects without becoming too nervous about income. This is largely a labor of love. I’m very grateful to also make a living from it.

Alright – so let’s talk business. Tell us about James Meder Music – what should we know?
For my personal music, I most closely resemble genres such as folk, indie and singer/songwriter. I play acoustic fingerstyle guitar with a unique leaning toward classical, Flamenco and Travis picking guitar styles. Some of my favorite songwriters that I draw inspiration from are Damien Rice, Elliott Smith, Jose Gonzalez and Nick Drake. I appreciate all types of art and find inspiration in many different avenues – life experiences, people, politics, love, movies, visual art and more.

I carry this diversity and curiosity into the recording studio as well. I have worked in many different genres ranging from bluegrass, hip-hop, jazz, gospel, rock and everything in between (I haven’t done many countries I’ll admit). I pride myself on finding solutions to recording studio problems quickly and effectively. I do my best to access people’s opinions in a fair manner, with respect. I have worked in the studio with musicians of all different ability levels so I am always on my toes to find the best way to encourage artists to do their best work – all while trying not to impose my own sounds on the process. Lots of restraint is also involved!

Any shoutouts? Who else deserves credit in this story – who has played a meaningful role?
It might be cliche but my family has always been there for me. Both my parents and my sister Megan. My friends Robyn and Gio DoCanto have always encouraged me to push forward. My friend Robin Wienands has helped me with studio gear on multiple occasions – I often buy broken recording equipment cheap and then with the help of Robin being able to refurbish it.

My partner for Under The Tracks, Rob Lynn has been great to work with. Anyone who I have recorded music with is hugely appreciated as they help me keep going and also keep me inspired. The musicians I’ve shared the stage with over the years are also very inspiring. I wouldn’t be where I am if it weren’t for everyone who’s encouraged me! 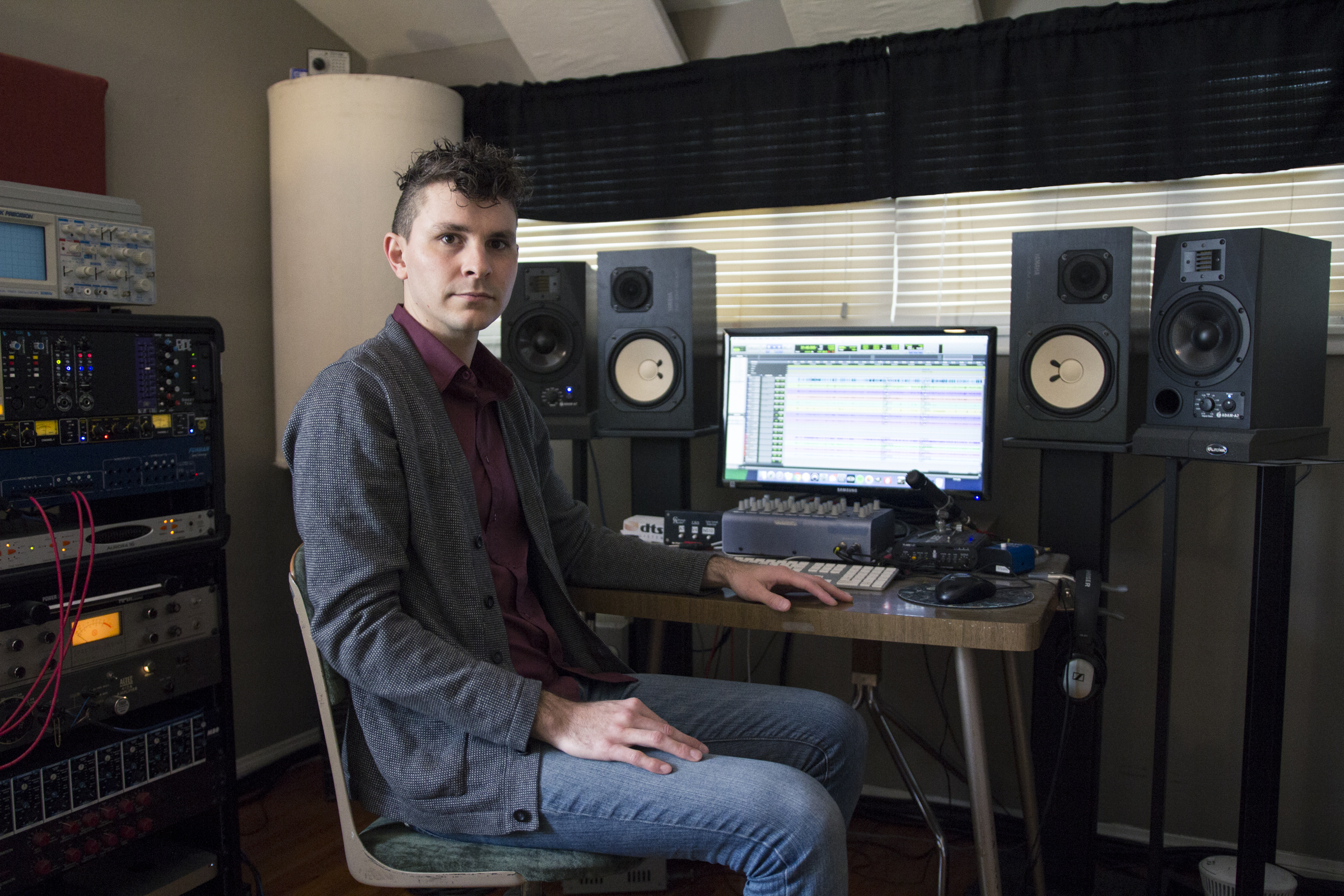 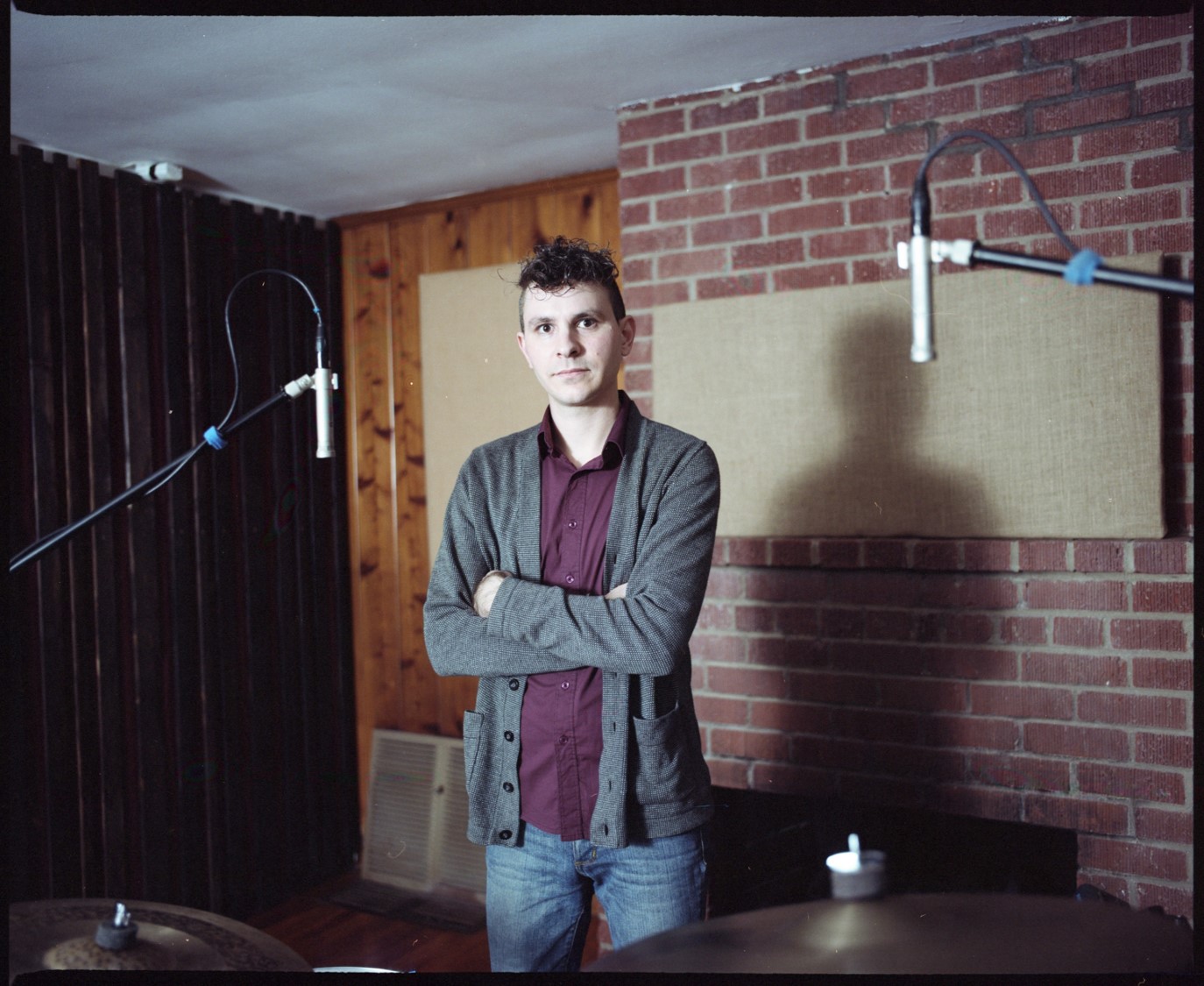 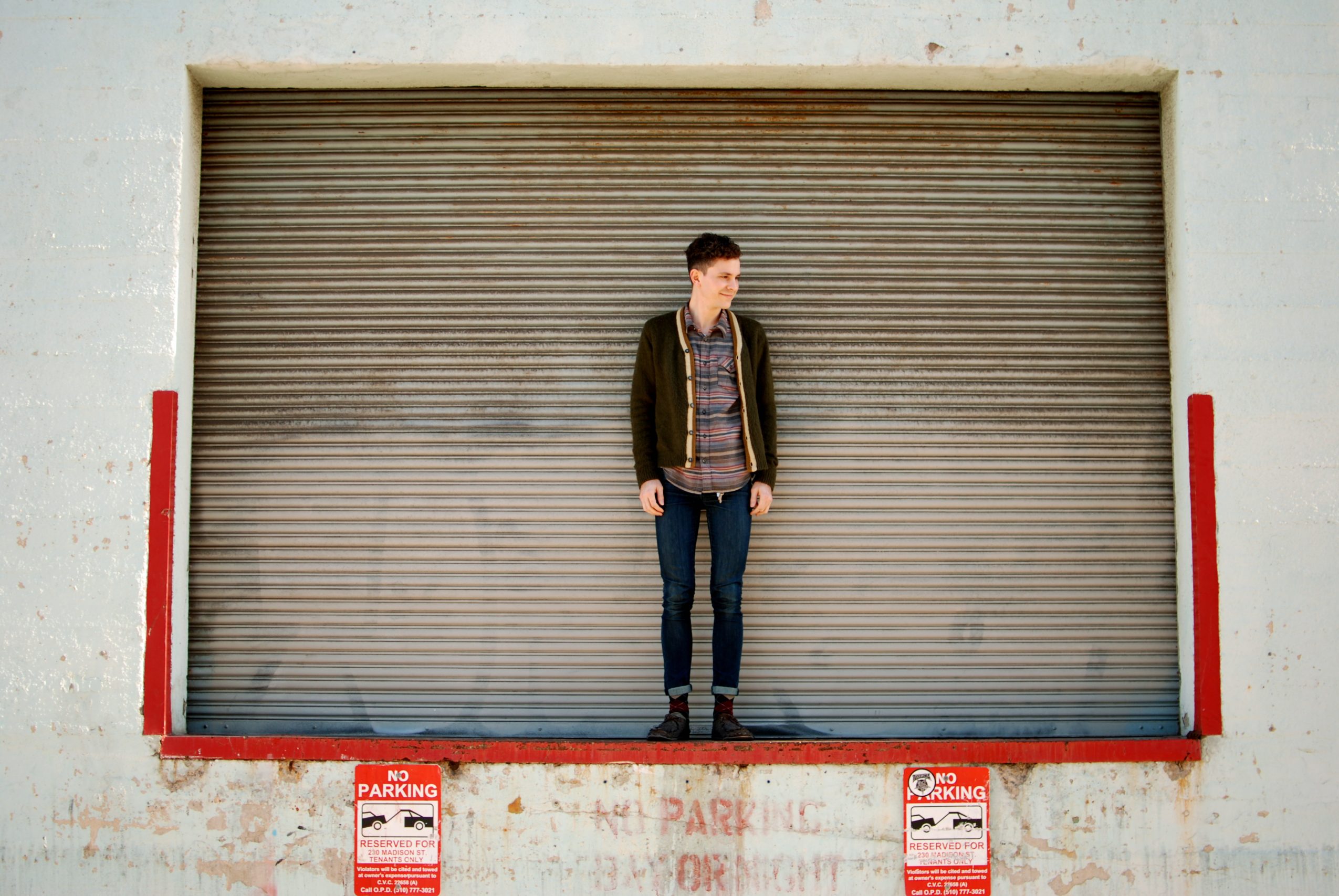 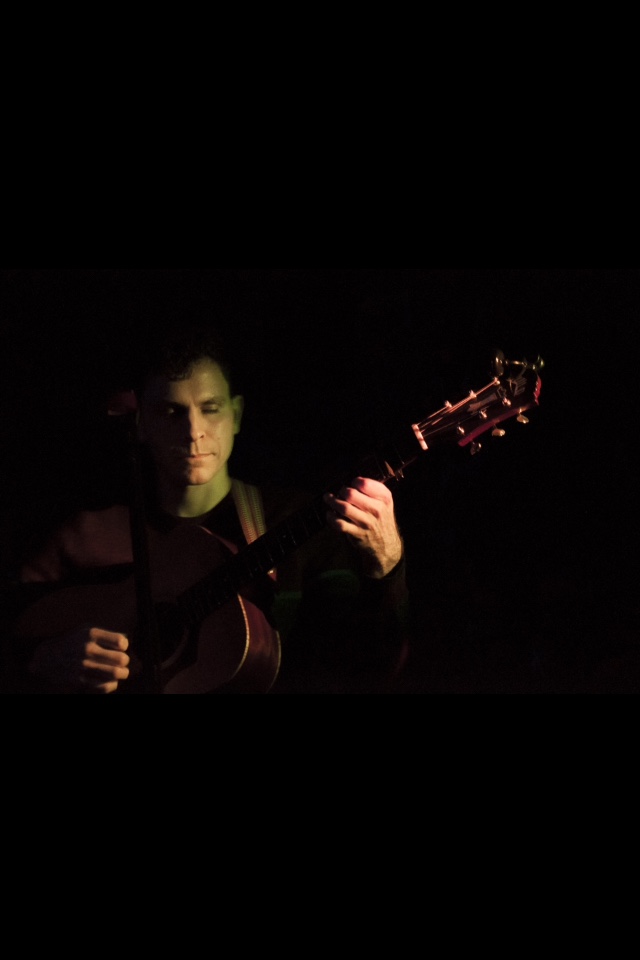 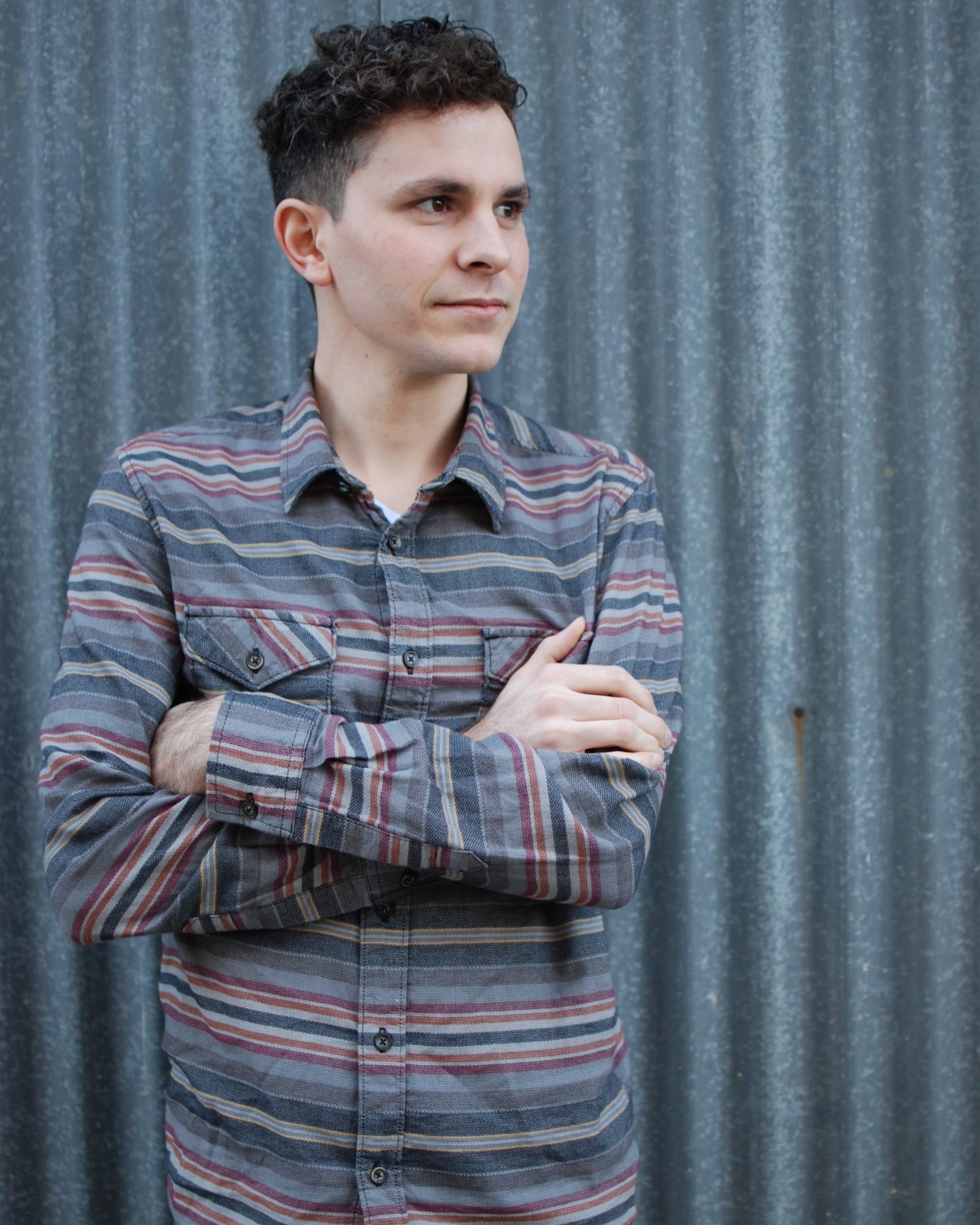 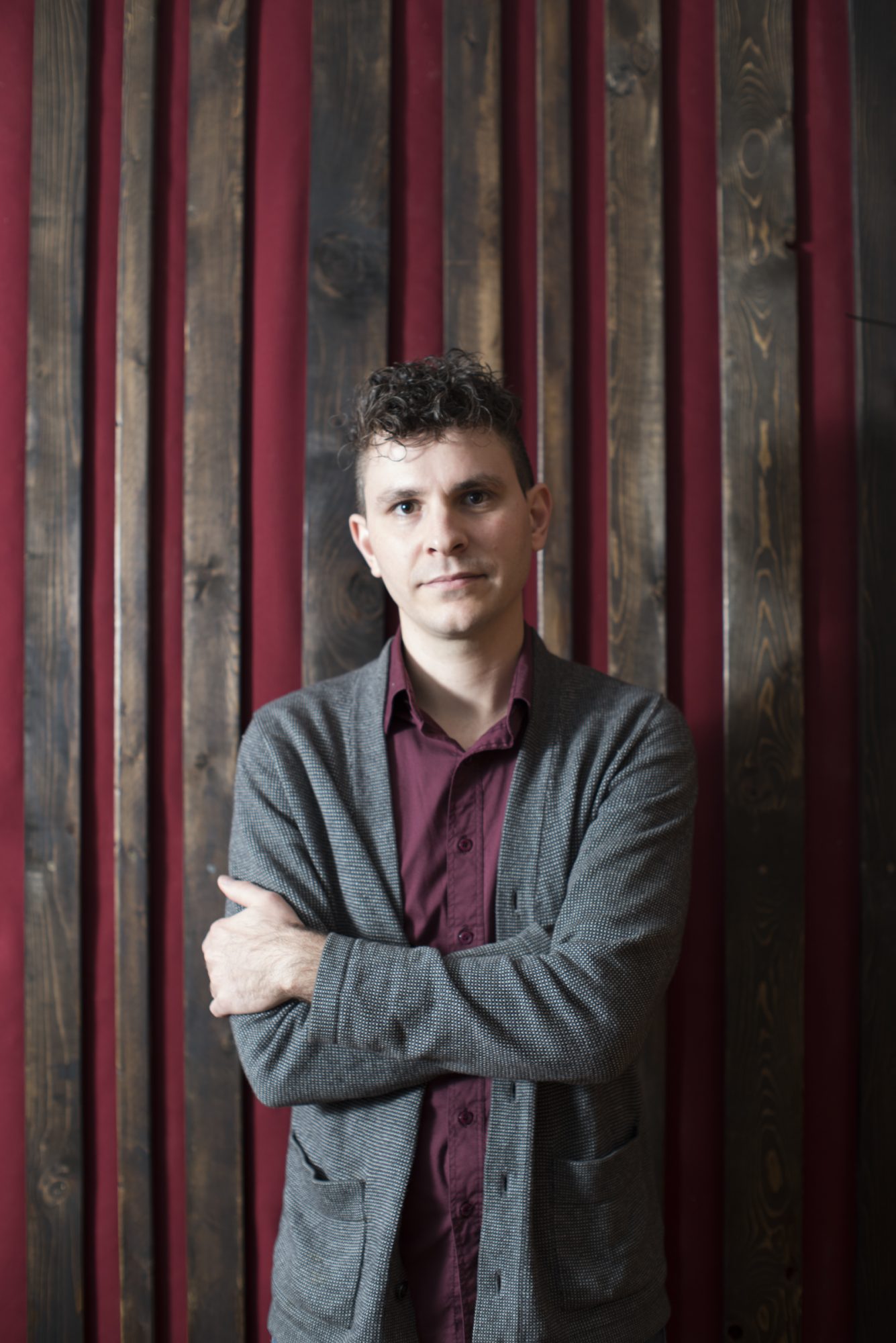 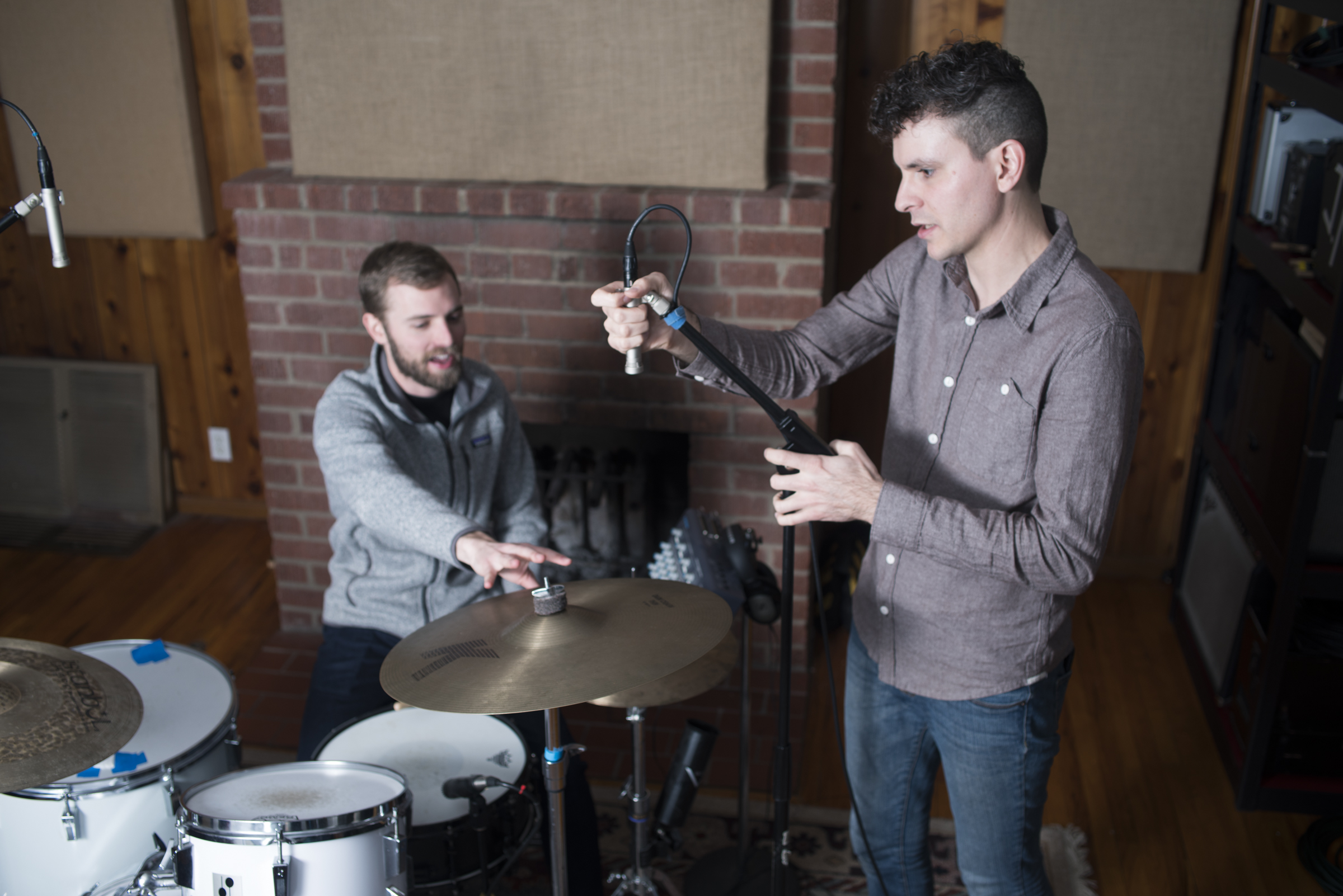 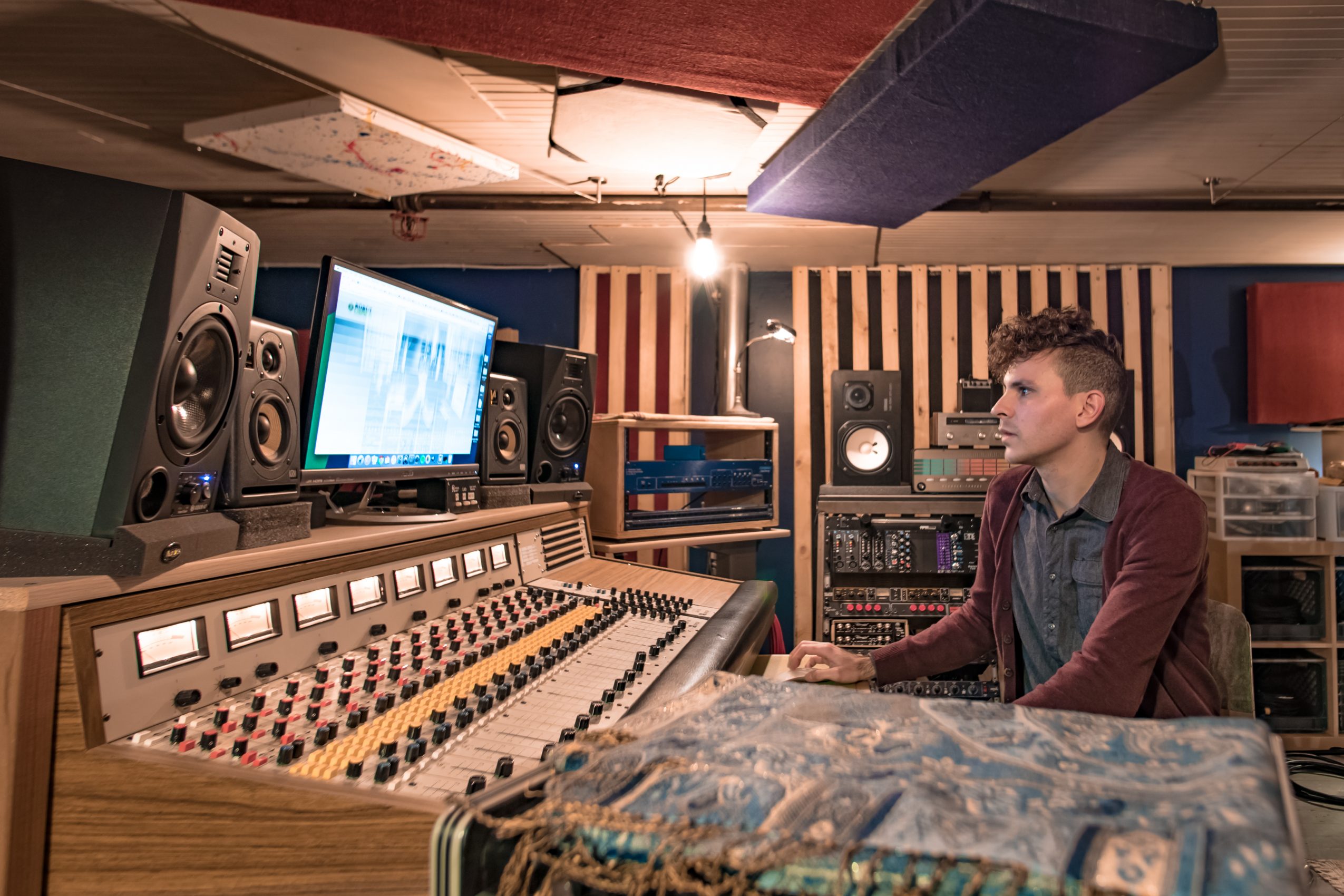 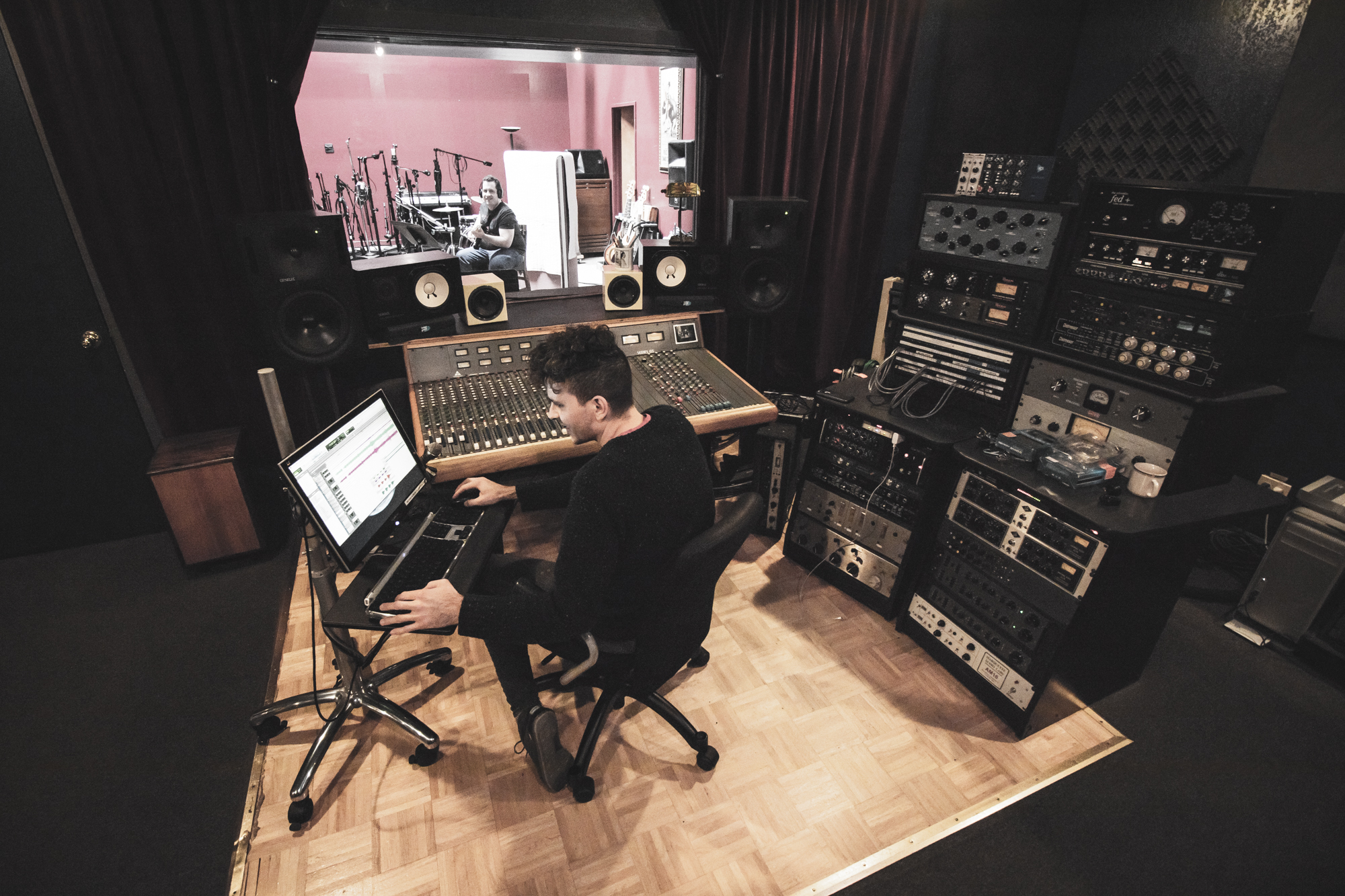 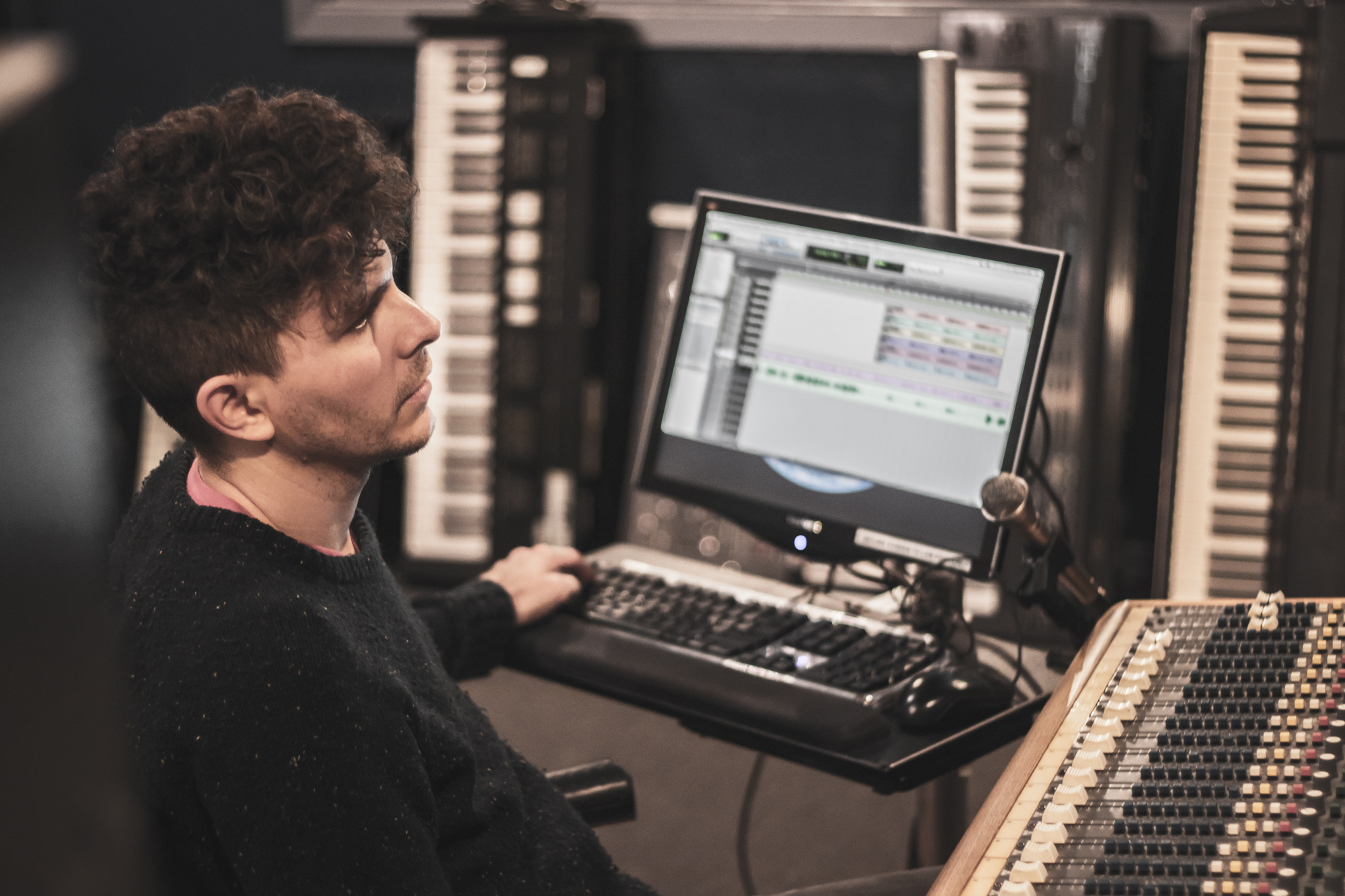