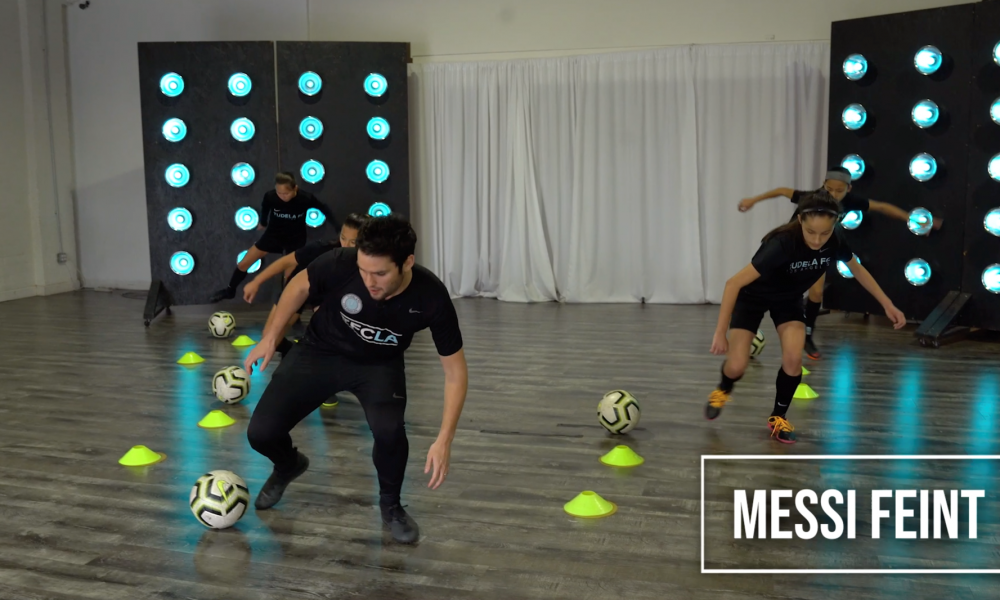 Today we’d like to introduce you to Jacob Tudela.

Jacob, let’s start with your story. We’d love to hear how you got started and how the journey has been so far.
The best way to explain my story is “being called.” There are just some things in life that no matter how hard you try to run from or deny something, it somehow always finds its way back into your life. That has been my experience with coaching ever since I was a little boy. I grew up in a family where soccer was part of our DNA. I have two brothers who played soccer, one who played at the professional level for Los Angeles Galaxy. My dad was a coach and ran soccer clubs all throughout my childhood. I still remember vividly, around ten-years-old, watching VHS tapes with my dad. We studied the methodology that AJAX, a professional club based out of Netherlands, used to develop their youth players. Even at that age, I was fascinated and hungry to learn their process. For some reason, it just stuck to me.

At fourteen-years-old, I coached my first private training and realized you could make money doing something you loved. I played college soccer for Indiana University who, at the time, was ranked #1 in the country. Most players had the understanding that if you played for Indiana, you will most likely “go pro.” During my time there, I dislocated my knee four separate times, which ended up putting me on a completely different path than what I had planned for. I decided that I wanted to move to Los Angeles and pursue acting. During this time, I was asked to coach a few youth boys’ teams who were struggling in their divisions. I found myself battling my want to become an actor and my natural desire to be the absolute best coach. I couldn’t stop myself from thinking about soccer all throughout the day. After having a lot of success on the boys’ side of soccer, I was asked to coach at the highest level of women’s soccer at the time. A majority of the players were older than me and played for their respective national teams. It was at that time when I did a private session, as a favor for a friend, for four girls at Pan Pacific Park. Little did I know that this would end up changing my life.

What started with four girls turned into a group of sixty girls that would follow me from club to club, never actually having a true home. It was in those three years that I realized that the opportunities that were given to my boys were not the same as those given to my girls. It was in the agony of never having a sense of belonging or being taken care of, that I was asked to start Tudela Futbol Club Los Angeles. TFC LA was officially launched in 2017 with the understanding that we were going to be inclusive to any girl regardless of their socio-economic situation. If we can’t break the pay to play model of youth soccer, we’re determined to bend it into something better. We are diverse. We are inclusive. We look like Los Angeles. We’ve officially been a club for three years and have over 200 families of all different backgrounds.

Has it been a smooth road?
Securing fields in Los Angeles has by far been the hardest task for us as a club.

So, as you know, we’re impressed with Tudela Futbol Club Los Angeles – tell our readers more, for example what you’re most proud of and what sets you apart from others.
Along with being inclusive to any girl regardless of their socio-economic situation, I think we are most known for and specialize in developing fearless, creative players. We believe that every player has to be developed in a way that she can stand on her own. Every player is individually unique. Once a player is developed to hold their own as an individual, we teach them to use their qualities for the betterment of their team. We take pride in the fact that 99 percent of what we do was created in house. We believe that our ability to inspire along with our ability to develop not just the player but the person they are outside of soccer sets us apart from others.

Let’s touch on your thoughts about our city – what do you like the most and least?
My absolute favorite thing about Los Angeles is its diversity. I love that in every team that I coach, I have at least four different languages that could be spoken at any time. There is nothing more powerful to me than seeing a group of kids from all different walks of life working together as sisters to accomplish a common goal. My least favorite thing about Los Angeles is the traffic!

TUDI (Today U Dream It) program
Can I play?

It’s the question that haunts the imagination when thinking about the future of youth soccer. The image of kids standing on the sideline watching when they have a calling deep inside that tells them that they belong. That they too can be great. That their dreams can become a reality. What once was a whisper to the soul has become an outcry to stand in the gap that separates kids from their dreams.

TUDI is the program that screams back, “I see you, I hear you, and today you dream it.”

TUDI is for every kid that shows ability and dreams of one day being the best. This is a fully-subsidized program for 5-to-8-year-old girls, giving them high-level training and small-sided games to inspire a love of soccer while developing them mentally, physically, technically, and tactically.

• Our mission is to develop strong girls, regardless of race, ethnicity, or socio-economic circumstance.
• We currently have 40 girls in our TUDI program that practice twice a week and have games on Fridays.
• All of our TUDI girls receive Nike training kits
• Everything is fully funded for the girl 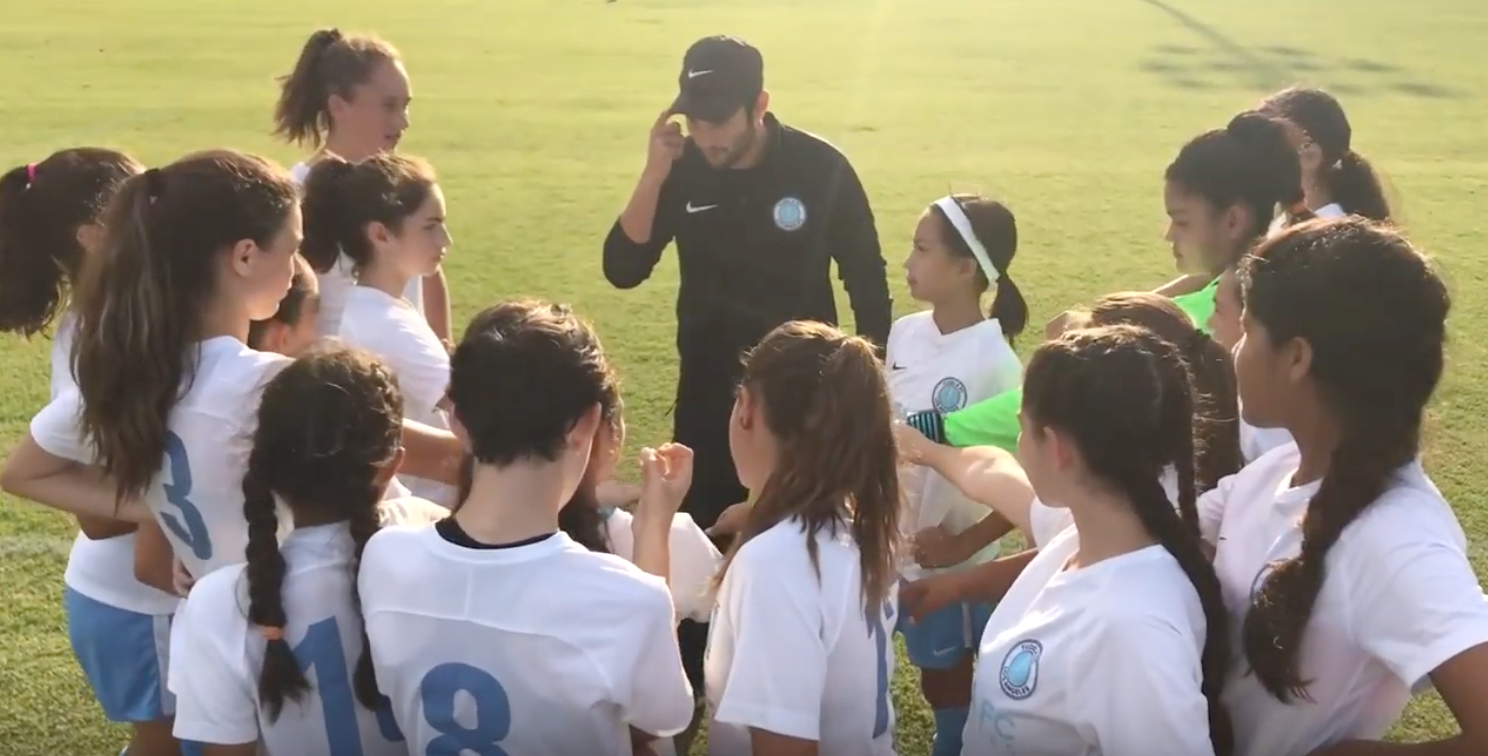 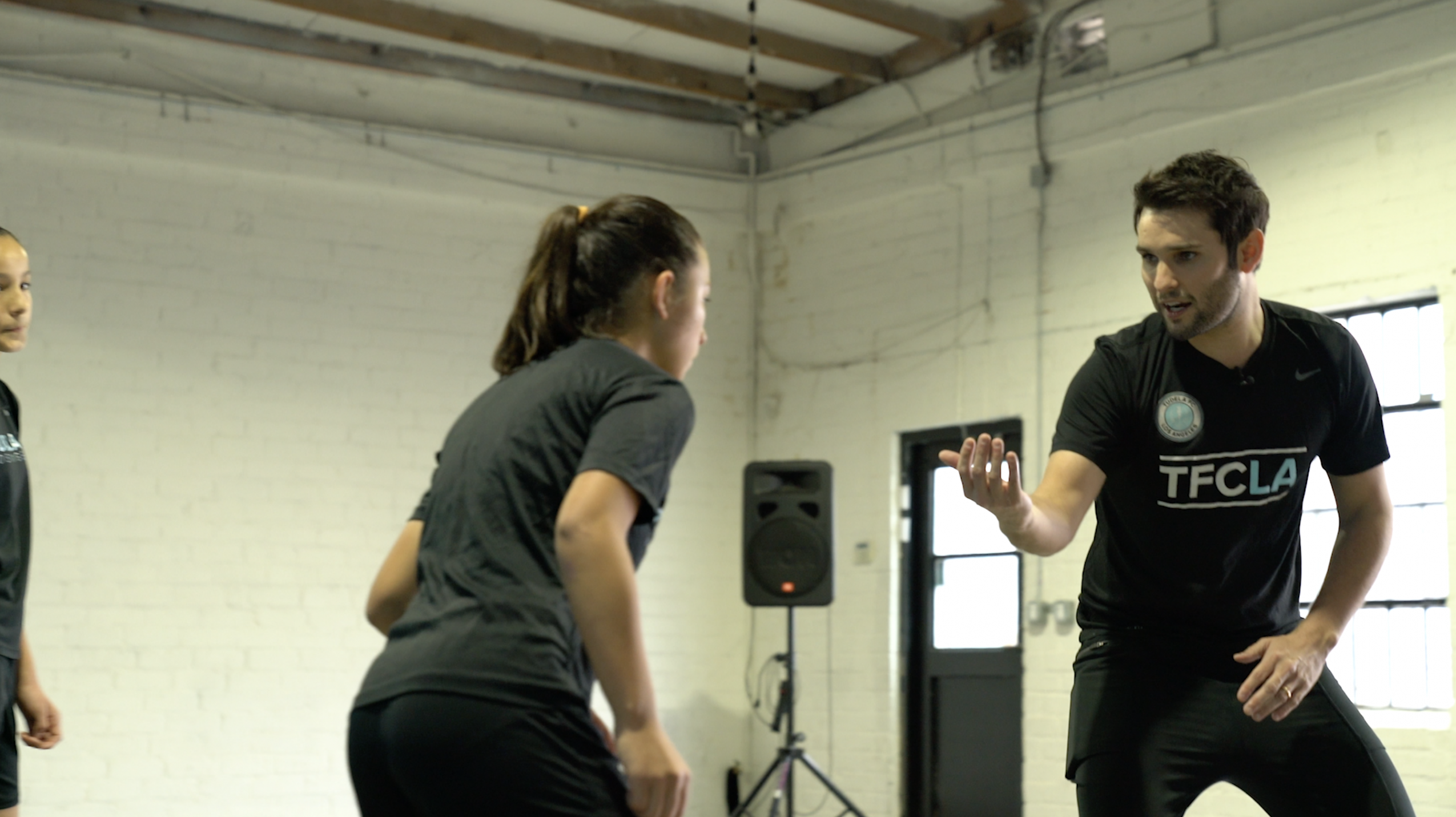 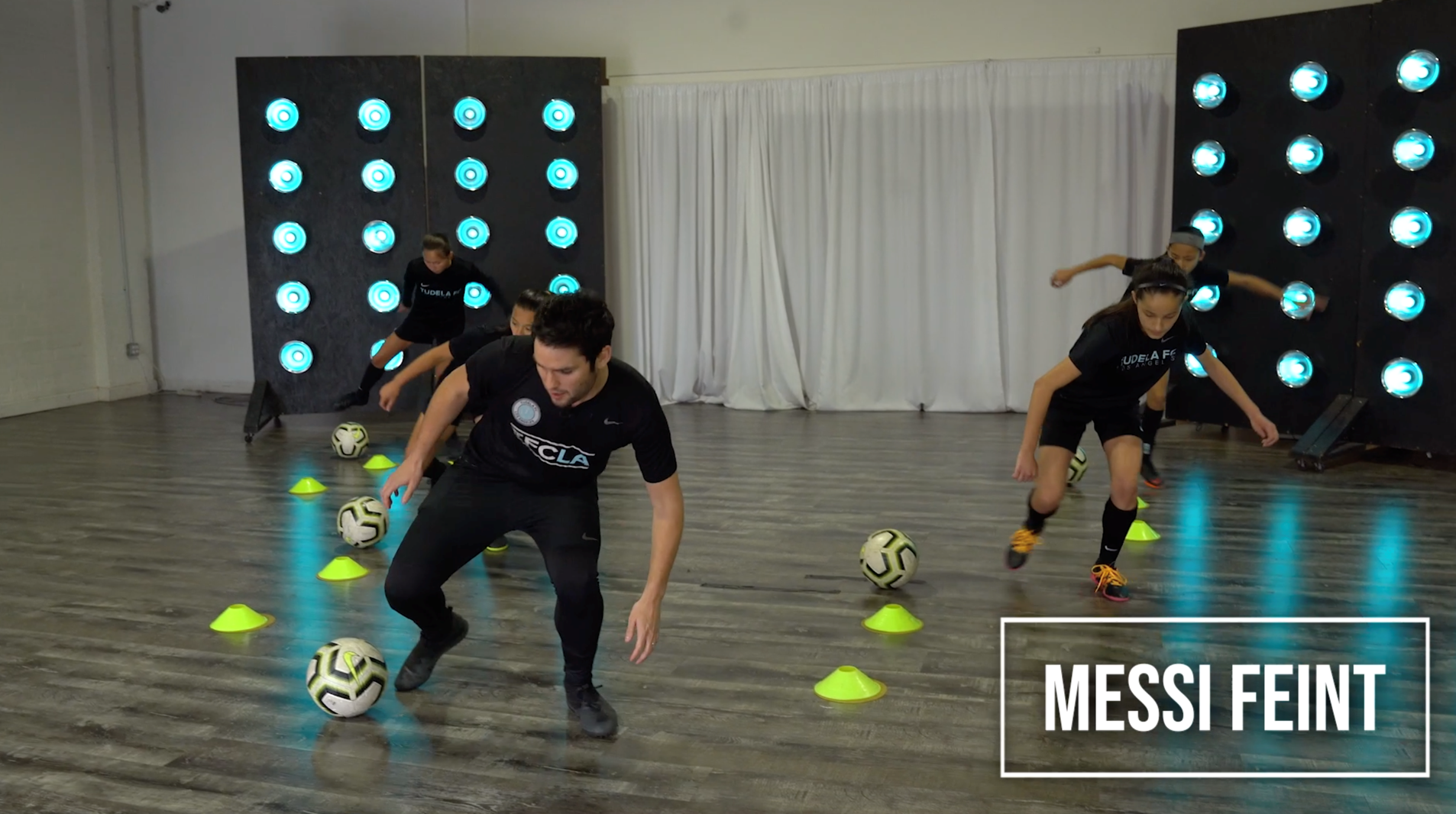 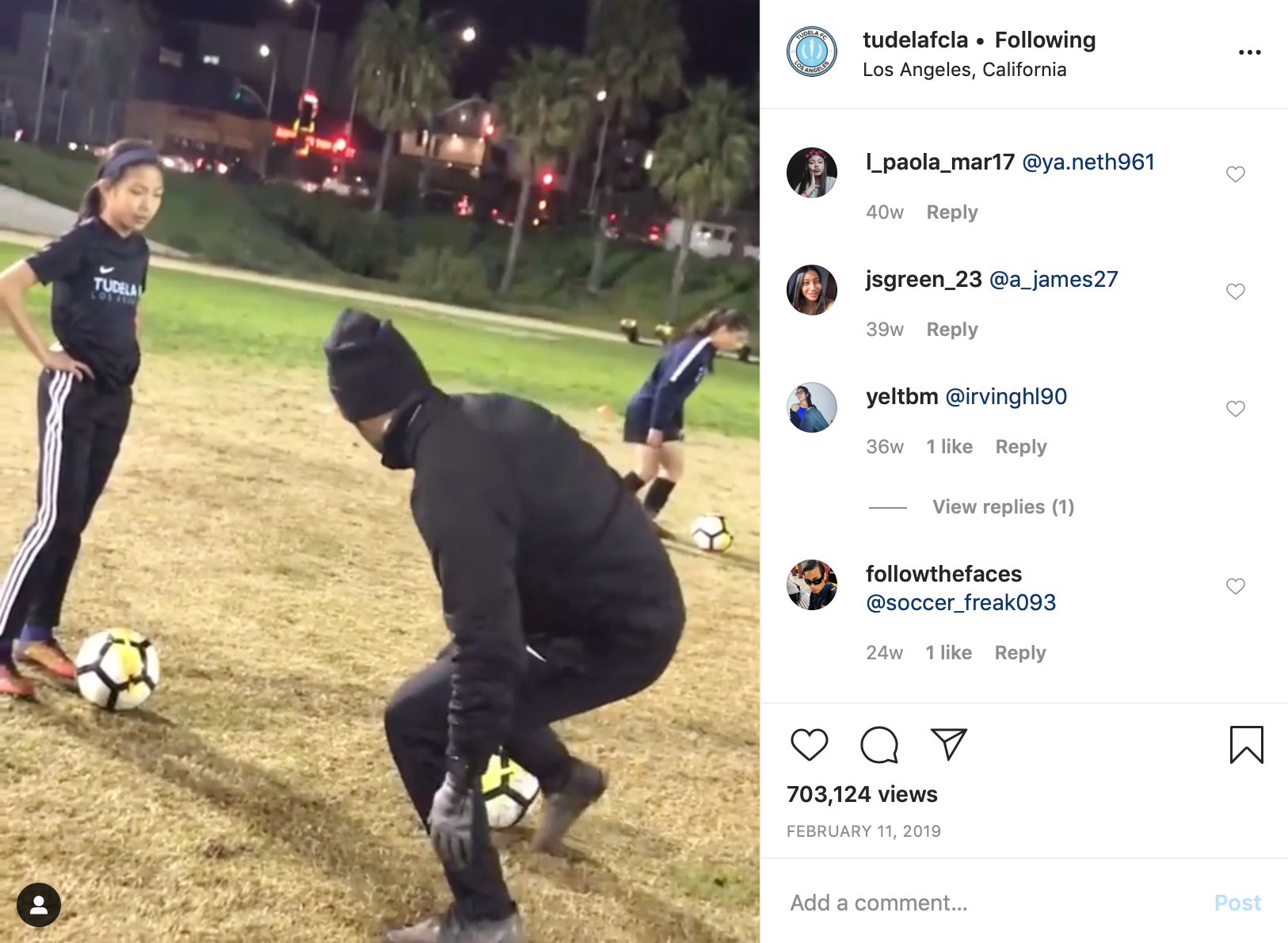 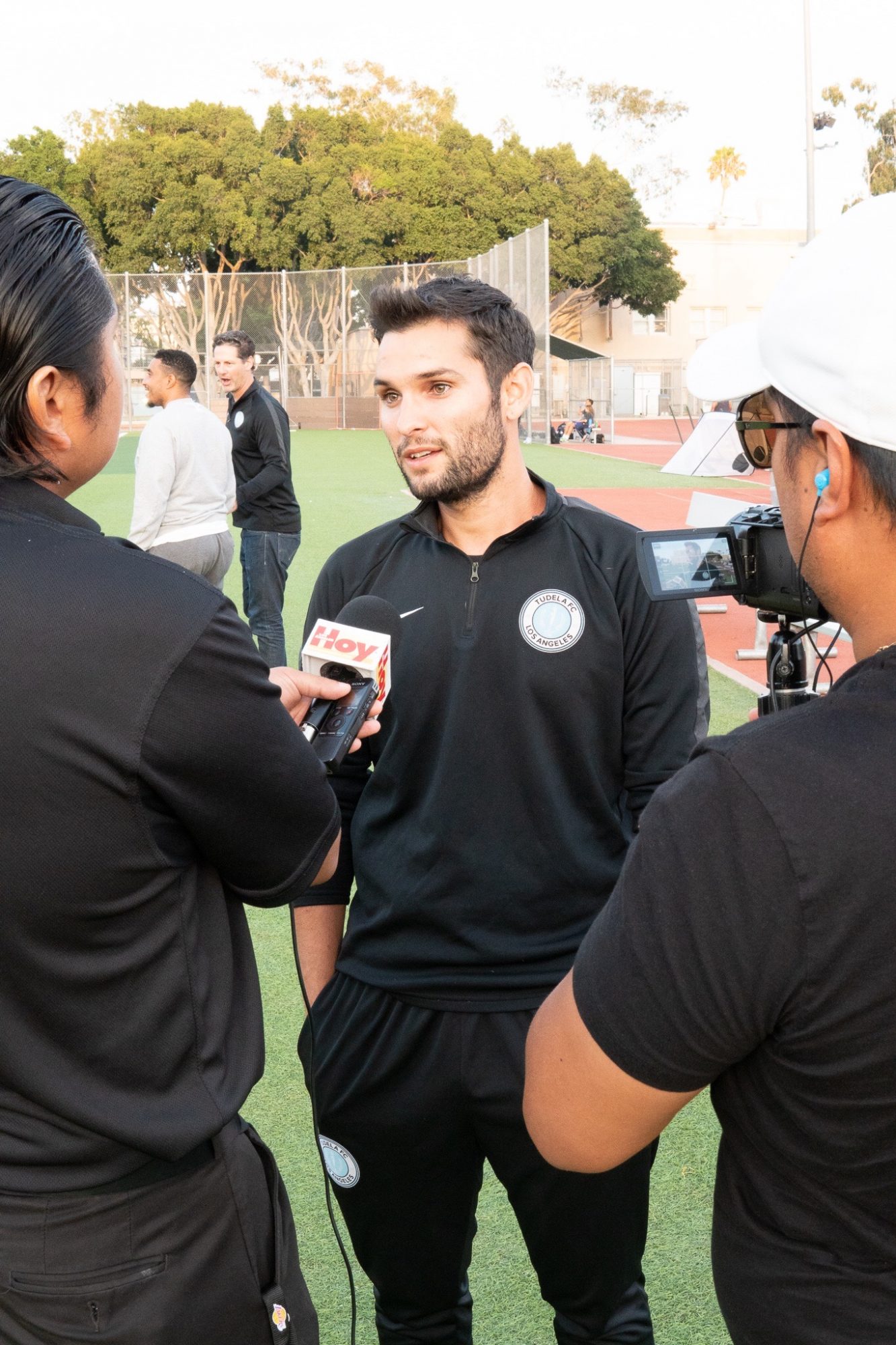 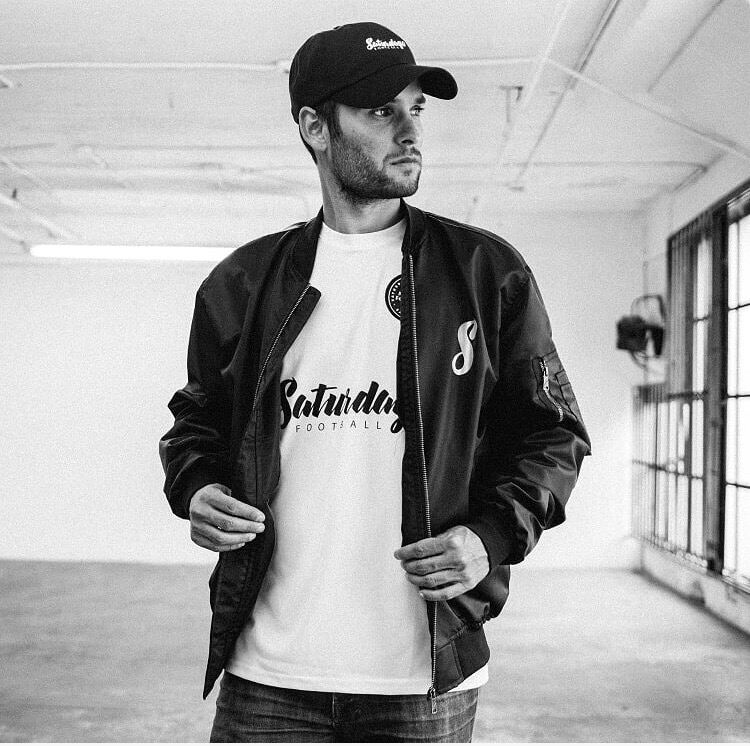 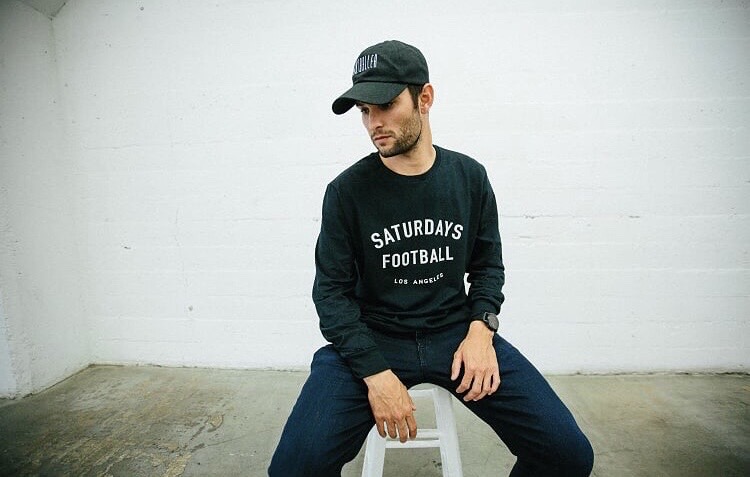 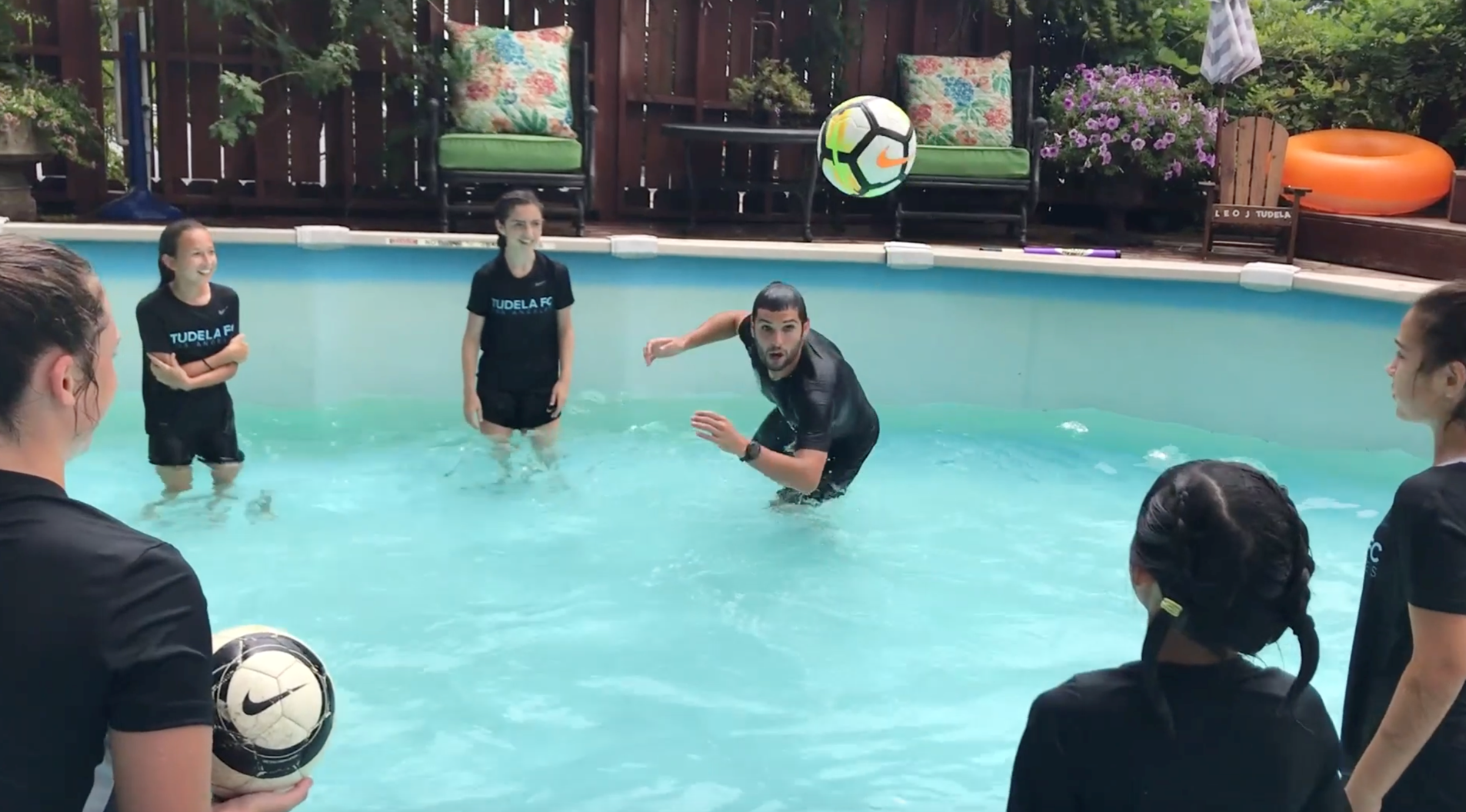 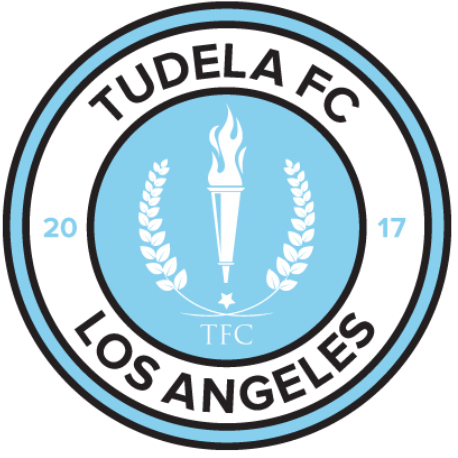 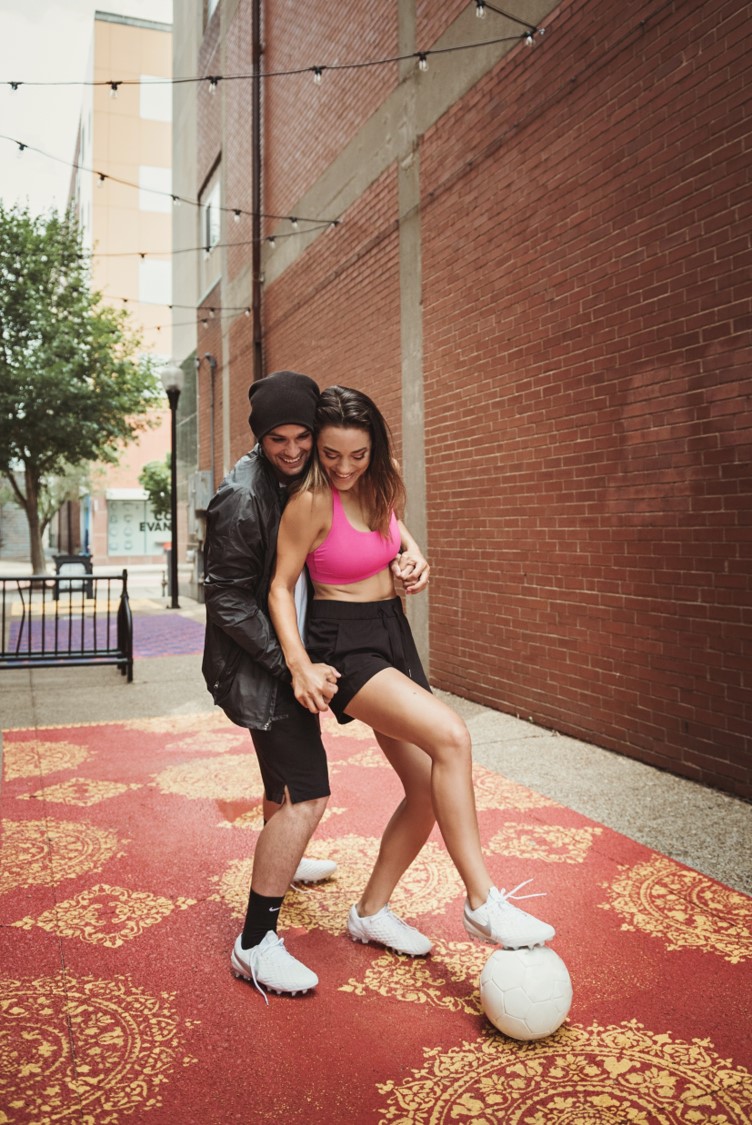