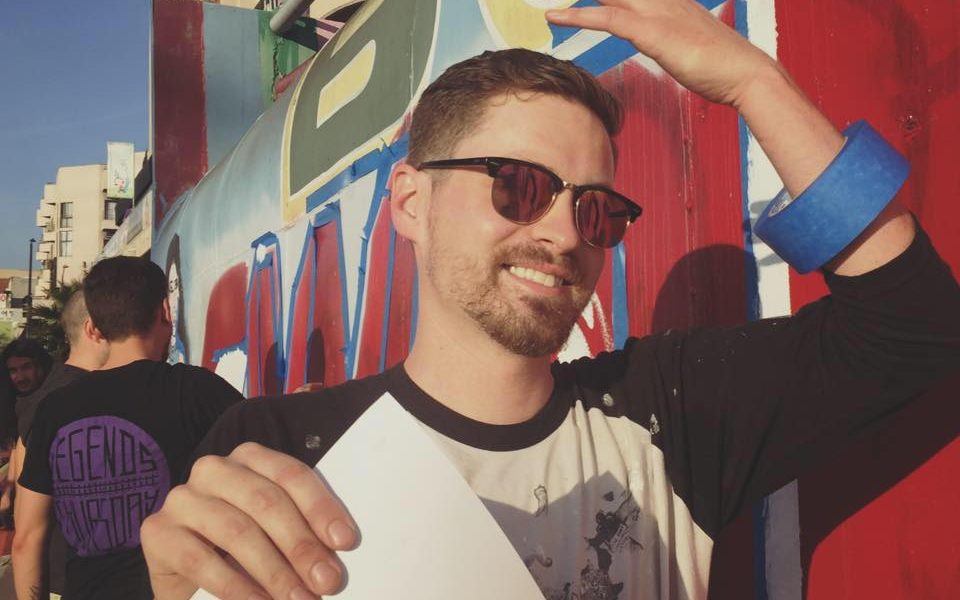 Today we’d like to introduce you to Jacob Patterson.

So, before we jump into specific questions about the business, why don’t you give us some details about you and your story.
Think Tank Gallery is in a transformative place at the moment, since we’ve been forcibly removed from our venue in DTLA. But our company has had to move multiple times in its history, and in fact the first time we got “kicked out” of a space was the best thing that ever happened to the gallery. We started at the Brewery Art Lofts, but our tendency to host live music and give away alcohol was not kosher for the famous art colony, and we had to leave.

We spent the next few months looking for a space, and found a warehouse in the Fashion District that became synonymous with our shows. We moved a bunch of live/work units into the back and built up a business model that allowed the artists that lived here to cover the overhead of the space, which in turn hired a tenant manager to take care of them and make dinners, and we put money into a bank account that the collective could vote on how to spend. It also allowed us to host art shows and events of our own, let artists show their work for free, and also give the venue to artists and students for next to nothing where they would have had to pay thousands in other spaces.

With this freedom, we built up a new approach to the idea of an art show, in which we would raise some funding to give artists a budget to build out their dream installations, and then we’d build a lounge in the back. In that lounge, we’d invite local directors and producers from all over the city to give us their take on the theme – whether it was through food, comedy, or music – and that would both help fund the entire exhibit and bring in new audiences every night to buy the artists’ works. It worked very well and we plan to continue the unique approach even though we’ve lost our space.

We’re always bombarded by how great it is to pursue your passion, etc. – but we’ve spoken with enough people to know that it’s not always easy. Overall, would you say things have been easy for you?
It’s been anything but smooth. As a matter of fact, we’re in the roughest patch of our company’s seven-year history right now, as we just had to evict 17 artists from their homes after the big fire in Oakland. We’ve talked about that at length in the media, so I won’t get into it too far, but I will say that we’re in a very unique place right now where we have to figure out what it means to be a gallery without a gallery space to show artwork.

In the end, it’s been sort of beautiful… the live/work model was great but it wasn’t physically set up perfectly in the space and was also a lot to manage, so it needed to be broken up at some point. And because we are a gallery that started out showing only graffiti and street art, it’s important that we approach the arts with a street art mentality. That’s forced us to respond to this situation in a super guerilla kind of way, and it honestly matches our vision to have to take our gallery to the streets.

Currently we have a show that’s been reviewed more than any other, and it’s inside a 10×10′ booth at a swap meet. We were forced to close our gallery for “breaking the law,” so we decided to only work with artists that have broken the law. Our show is in MacArthur Park – a neighborhood notorious for illegal peoples, goods, and activity – and shows only artworks made by artists with a criminal record. Some pieces have even been smuggled out of local jails and prisons.

We want to exemplify the resiliency that is required of artists in any era, but especially in LA right now, where it gets harder to legally make impacting work every day.

So, as you know, we’re impressed with Think Tank Gallery – tell our readers more, for example what you’re most proud of as a company and what sets you apart from others.
We’re best known for site-responsive installation work with a street edge. We make big, crazy things that audiences can go inside of, and then we provide entertainment to keep them there or coming back. We’ve done a lot of sponsored work, which always starts with an artistic idea and then loops in a corporate sponsor to buy it which becomes a win/win/win. The artists win by getting their projects funded, the sponsors win by getting interesting activations they could not come up with on their own, and the audience wins by getting an experience with a legitimate production budget behind that is made by visionary artists. That’s a hard combination to find.

We’re most known for our 30-day art experiences that combine these crazy installations with a packed calendar of events every night by really smart, local producers. I haven’t seen anyone do it the way we do it, and it’s ultimately beneficial to all parties involved which is the thing of which we’re most proud.

So, what’s next? Any big plans?
Now that we’ve been kicked out of our venue more or less, we want to expand our unique approach to site-responsive art shows… into other sites. LA has tons of sprawl and a unique feel to each neighborhood, and we want to explore that. We’re also excited to take this to other cities.

We kind of have a mainstream enlightenment approach to what we do – starting with ideas that are simple and catchy to understand, gathering a big audience from them (we’re in Vice’s Top 25 Most Instagrammable Arts Spaces alongside the Broad and the Guggenheim), and then making it so that audiences accidentally learn something by the end of it. We’ve got a new podcast that’s picking up steam called A.R.T. Artists Real Talk and it kind of extends this notion.

After our prison art show in the swap meet closes, we plan to make other unauthorized art experiences. The next one will probably be a performance/installation based exhibit in a laundromat where the price of entry is doing a load of laundry. And then we have a spreadsheet of key codes for apartment complexes and gated communities all over LA that one of our artists who has delivered pizzas and booze for years has collected into a spreadsheet; we want to do an exhibit in all those spaces. Add in some breaking and entering based exhibits and our next big arts festival type show that will take place in multiple venues and we’ve got our hands full.

The next one we can announce is http://drinkinsmokinwestcoastin.com