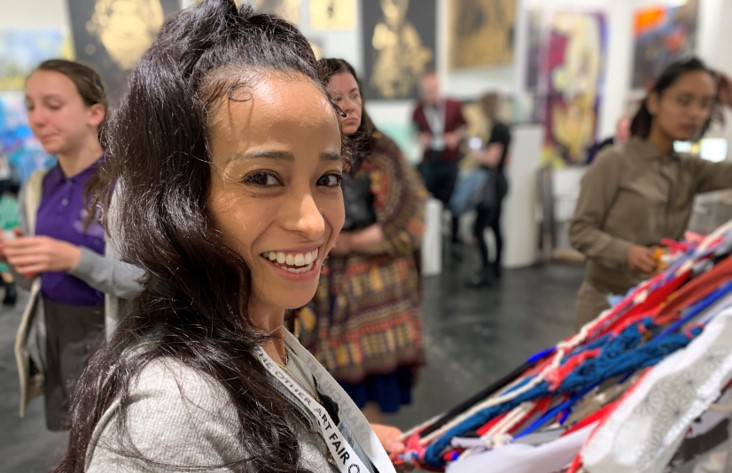 Today we’d like to introduce you to Jackie Amézquita.

Thanks for sharing your story with us Jackie. So, let’s start at the beginning and we can move on from there.
I was born in Quetzaltenango, Guatemala on August 10, 1985. In 2003, at 17 years old I decided to cross the border illegally. My grandmother was afraid, I was not going to make it. She thought I was going to end up like the rest of the girls who tried to cross border, disolved in acid or burned inside a trash can. I left my beautiful Guatemala one morning to walk two thousand six hundred miles to find my mother in Los Angeles, California. My mother migrated to the US when I was two years old in search of work to help pay for my brother’s hospital bills. Unfortunately, my little brother was a sick baby who needed medical attention. After fifteen years of separation and two months of intense traveling, I was with my mother again. Reuniting with my mother wasn’t easy, we were two strangers, who fifteen years later, are still learning about each other.

Great, so let’s dig a little deeper into the story – has it been an easy path overall and if not, what were the challenges you’ve had to overcome?
Navigating in Los Angeles California as a seventeen-year-old with no tools wasn’t easy for me. After a couple of months in Los Angeles, I realized I was nobody; I was under the shadows. I couldn’t have a bank account, and I couldn’t drive or go to college like everyone else. Also, I had to be cautious about the places I visited. I didn’t want to be detained by ICE and be deported back to my Guatemala. My first job was in a McDonalds. I used to wake up every day at 3 AM to pack my backpack with my uniform and roller skate four miles to work. It took me forty-five minutes to get there, so I need it to leave my house by 3:30 AM to make it at work by 4:15, clean myself up, change and open the restaurant at 5 AM sharp! I was only 18 years old. It was too much responsibility for me as a brand new resident in this country, but I saw it as an opportunity to grow. I used to get off from work at 2 PM, take the bus home, eat something, play video games, and go to ESL classes(English as a Second Language). After working at McDonald’s, I had other jobs in fast-food restaurants, cleaning houses, selling vacuums door to door, construction, and then Ayden.

Ayden was just two months when I started taking care of him. I was nineteen about to turn twenty years old. I had experience with children because I had friends in high school that had small kids, but most of my knowledge came from helping raise my baby brother. When my mother left, my parents gave my grandmother full custody of my brother and me. When I was four years old, I began taking care of my baby brother and the house while my grandmother worked. I took care of Ayden until he turned two and a half years old. After Ayden, I started caring for Ayden’s cousin Kate, and then her little sister Mariah. I worked with their family for almost two years, until Wendy and Ken, parents of Kate and Mariah had to close one of their business due to the financial crisis in 2009. Not having a permit to work was my biggest challenge, some people looked at me differently, but worse of all was not having a job to pay for my essential expenses like food and shelter.

During my performance, Huellas que Germinan, their mother Wendy Nield, walked with me 12.5 miles. Wendy is like a big sister to me; her family feels like family to me, and the role model of what a family should be. They have been there for me like my US family. The one that I always need to come back to, because these two girls need their family and friends around to influence their path, and fulfilled mine. They were present for both graduations, my associate at Valley College, and my BA at ArtCenter College of design. The girls wrote letters to my immigration officer saying how much they’d love being around me.

During these last fifteen years, I’ve worked as a nanny for several families. With some of them, I have developed relationships, and with some others, I’ve learned to follow orders and do my job – clean, organize, watch, and be quiet. Navigating in Los Angeles without a social security card and driver license was complicated but not impossible. I wasn’t able to pay the regular tuition at my community college like everyone else because I was considered an international student. But that didn’t stop me. I started working overtime and on the weekends to pay for school — something that I still do today. I’ve Graduated with an Associate in Arts from Los Angeles Valley College in 2013 and transferred the year after to Art Center College of Design as an undocumented student, I paid tuition out of pocket with all my nanny jobs. I’m currently an MFA Candidate in the New Genres program at the University of California, Los Angeles (UCLA) beginning in Fall 2019.

Binational Artist/ Activist – what should we know? What do you do best? What sets you apart from others?
As a result of my experiences as an immigrant woman, my practice has been influenced by my relationship to borders, and the interaction with different cultures around the world. I’ve incorporated the use of weaving, the loom, and my body to explore a visual language that rebalances the power of socio-political relationships. This language has allowed me to intertwine historical and contemporary references to my identity as a Guatemalan. As a second-generation migrant woman living in the US. I’m interested in the sociological and psychogeographic interaction between the integration of one culture into another one. I explore the transformations that this intersection brings to natural resources, social environments and the impact of cultural intermingling and the new social context it creates.

In my practice, I’m interested in how the effects that depict political dominance, and economic exploitation influenced the environment an affects the overall experience. During my interactions with borders in the Middle East, Europe, and America through my work, I have explored how economic differences between cultures affect the social structure. The kind of job people do, the amount of money they earn and the quality of land they own or could rent are factors which play a role into different racial groups in society, each with its concerns, interests, values, and attitudes. Such differences determine the standard of living that people can achieve. Discrimination is another factor in economic growth. If certain groups are discriminated against, the country’s overall productivity can suffer. This psychogeographic culture can have hidden effects on business, trade, and also development. In my process, I involve the use of rhythm, repetition, and different found objects that hold cultural significance. These elements are woven together or collaged, creating tension or balance to manifest various cultural, political, economic, and social factors.

Through collage and found objects, I examine the constitution of identity and relationships which generate the effects of treatment between a social hierarchy of race and class. I incorporate the use of found and altered textiles, weaving and the loom to explore a language of appearance that rebalances the power of socio-political relationships.

What moment in your career do you look back most fondly on?
During the summer of 2015, I was granted my permanent residency in The United States. However, I had to go back to my home country for a couple of months to legalize my residency in the United States because I entered the country illegally. Visiting Guatemala for the first time after 12 years was an intense experience. I felt like a tourist. After battling depression in 2016, I decided to go back home and learn more about my culture and traditions. This is where I’ve learned the ancient Mayan technique of backstrap weaving, from traditional Mayan women in my home town in Quetzaltenango. During that visit, I learned the art of backstrap weaving and more about my roots. Soon after that, I decided to study abroad in Jerusalem, Israel at Bezalel School of Art and Design for a semester to expand my exploration with textiles, borders, and their politics to explore other cultures. My last two years of school were the most intense. I wasn’t able to work and study at the same time, so I decided to use my privileges and apply for student loans those last two years and focus on my art practice. It is there where I began to gain the confidence to talk about the identity of 12.5 billion of people who like me have helped opening doors and building bridges in different continent around the world. 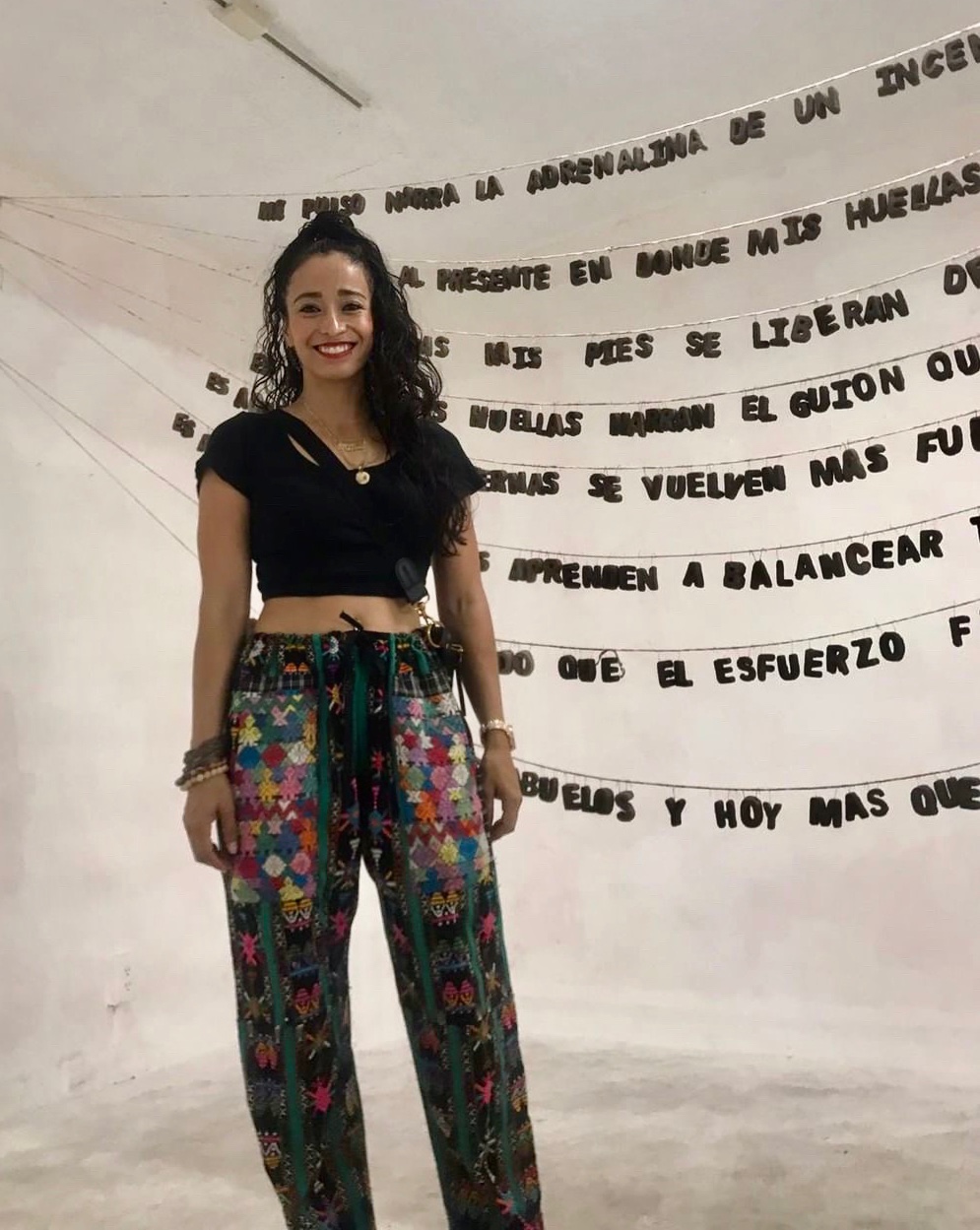 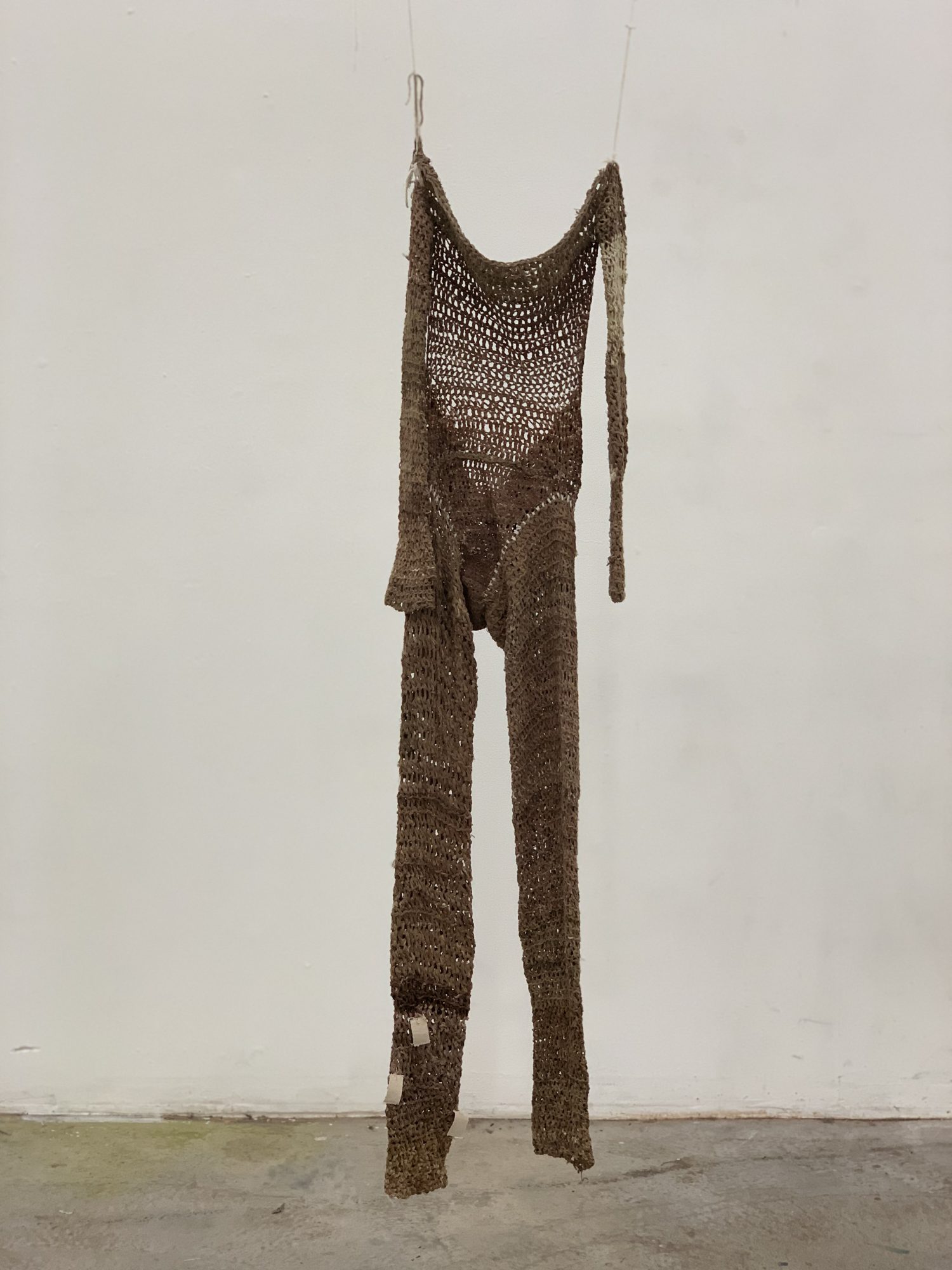 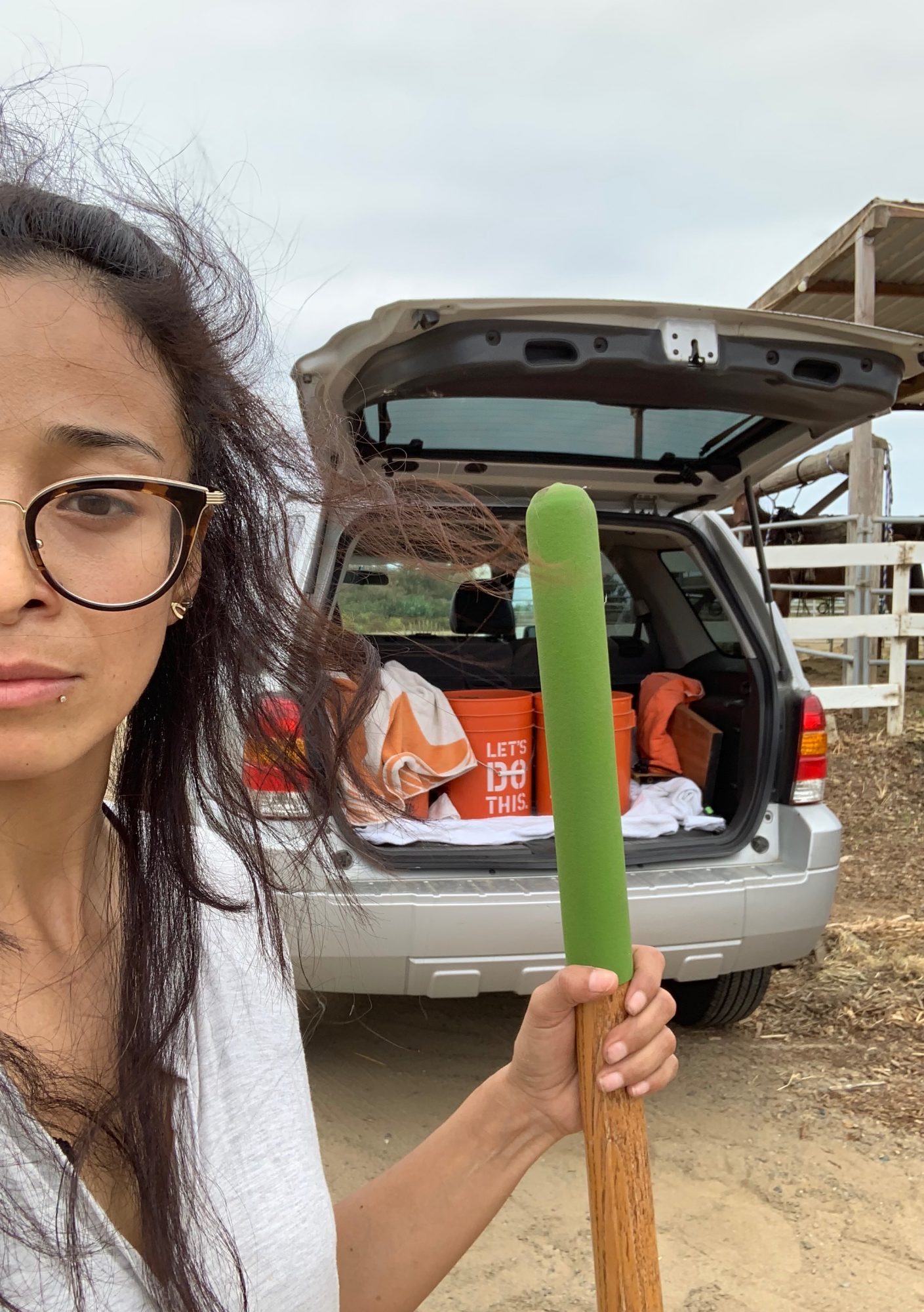 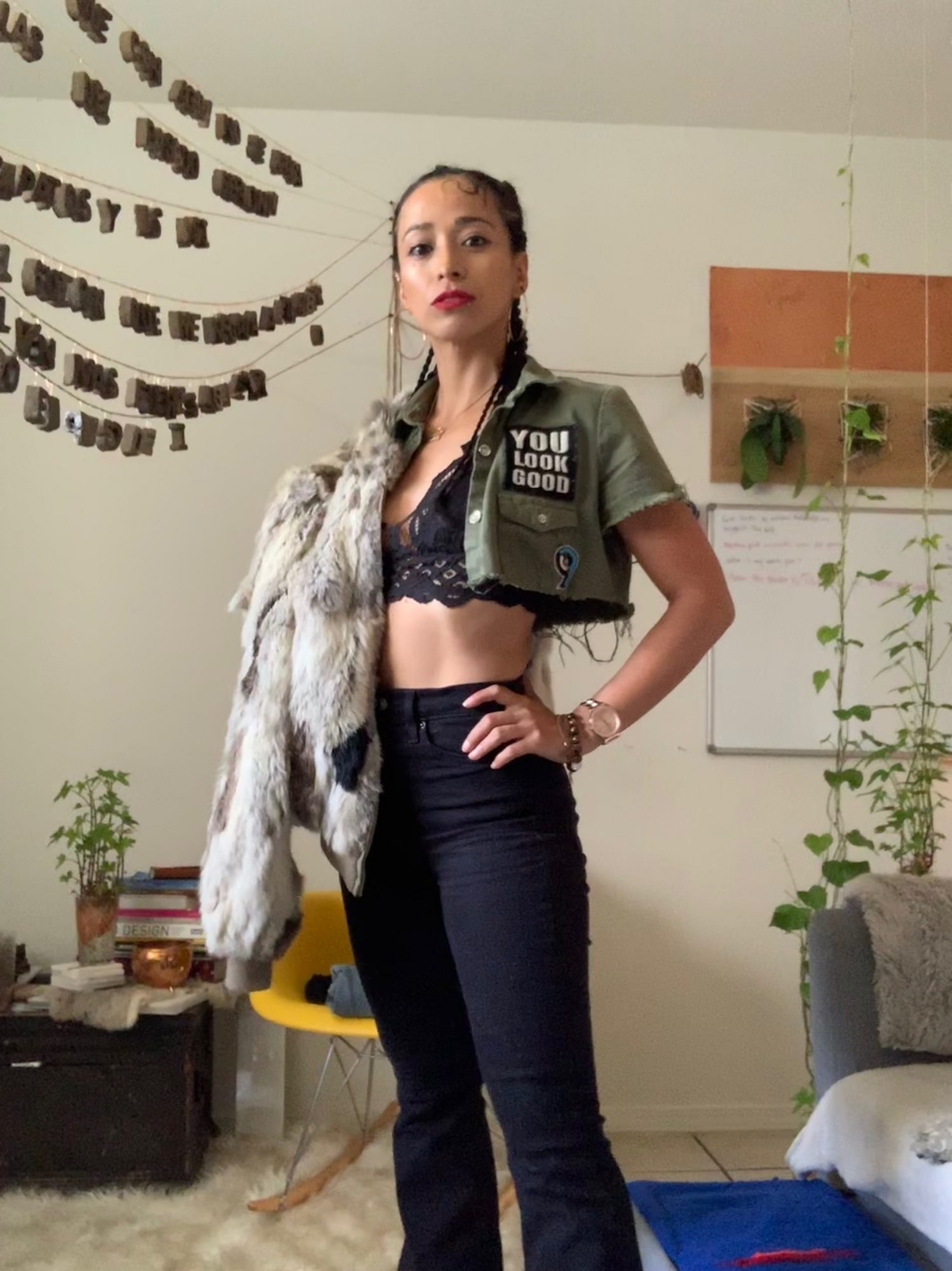 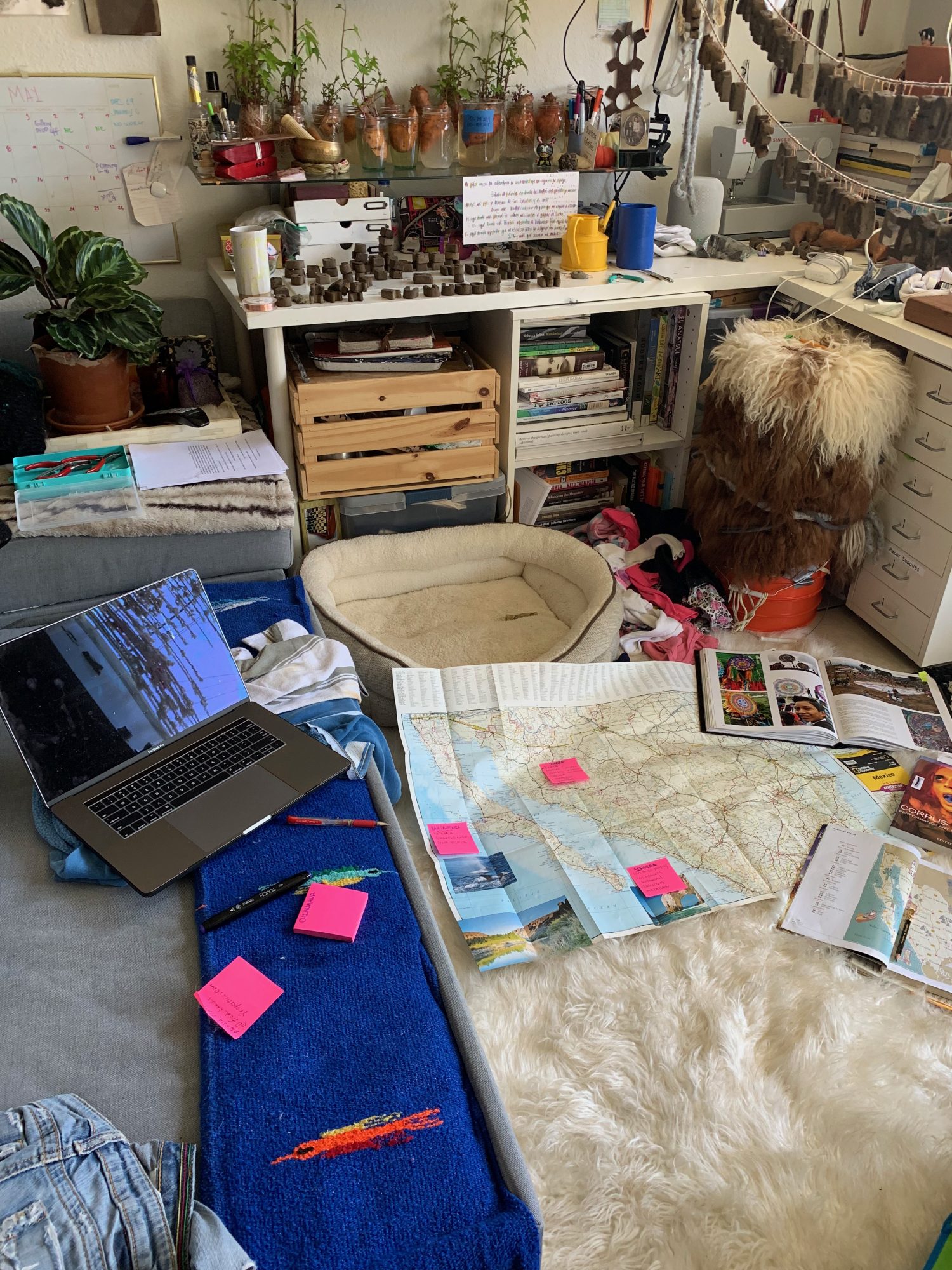 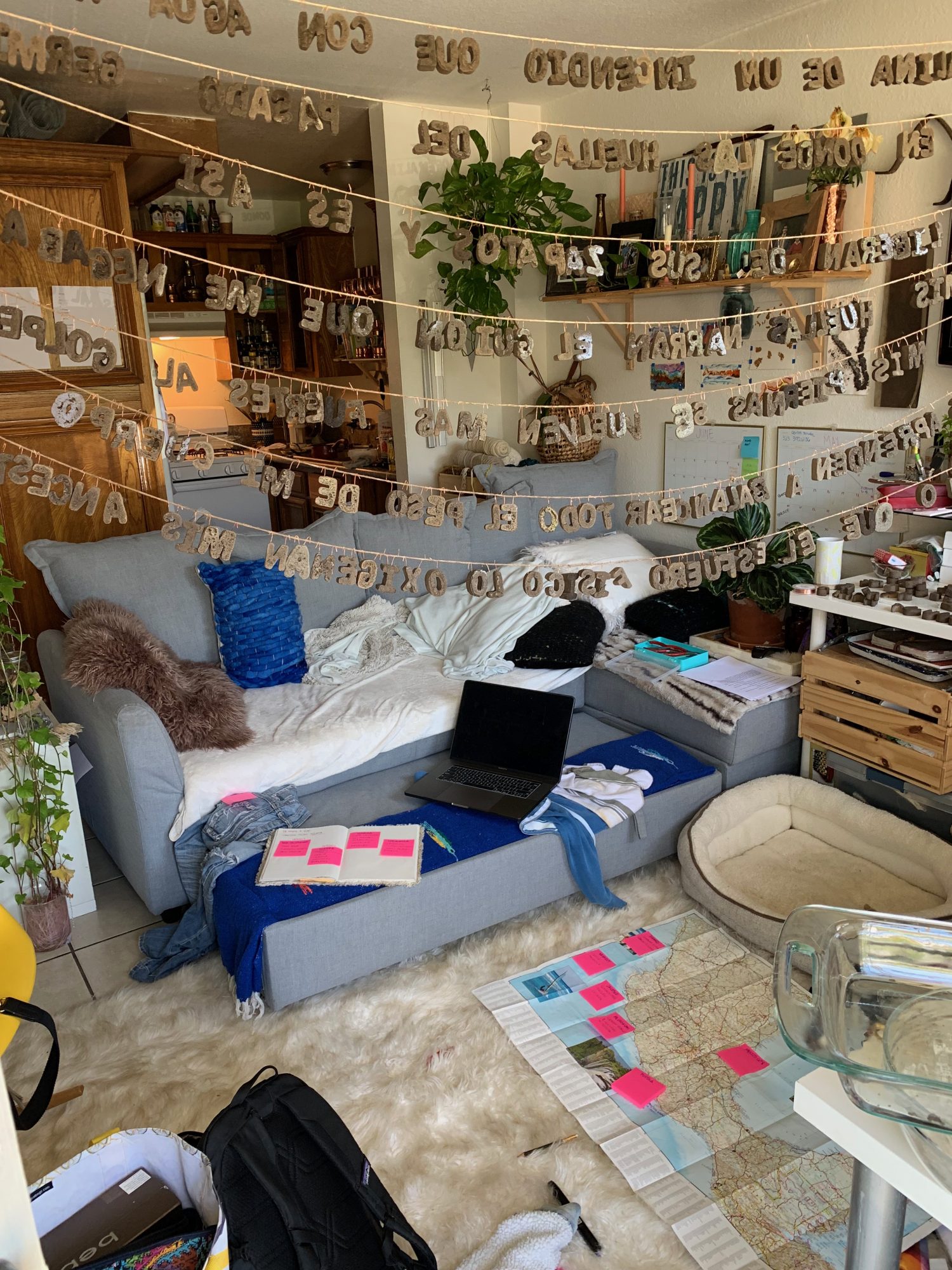 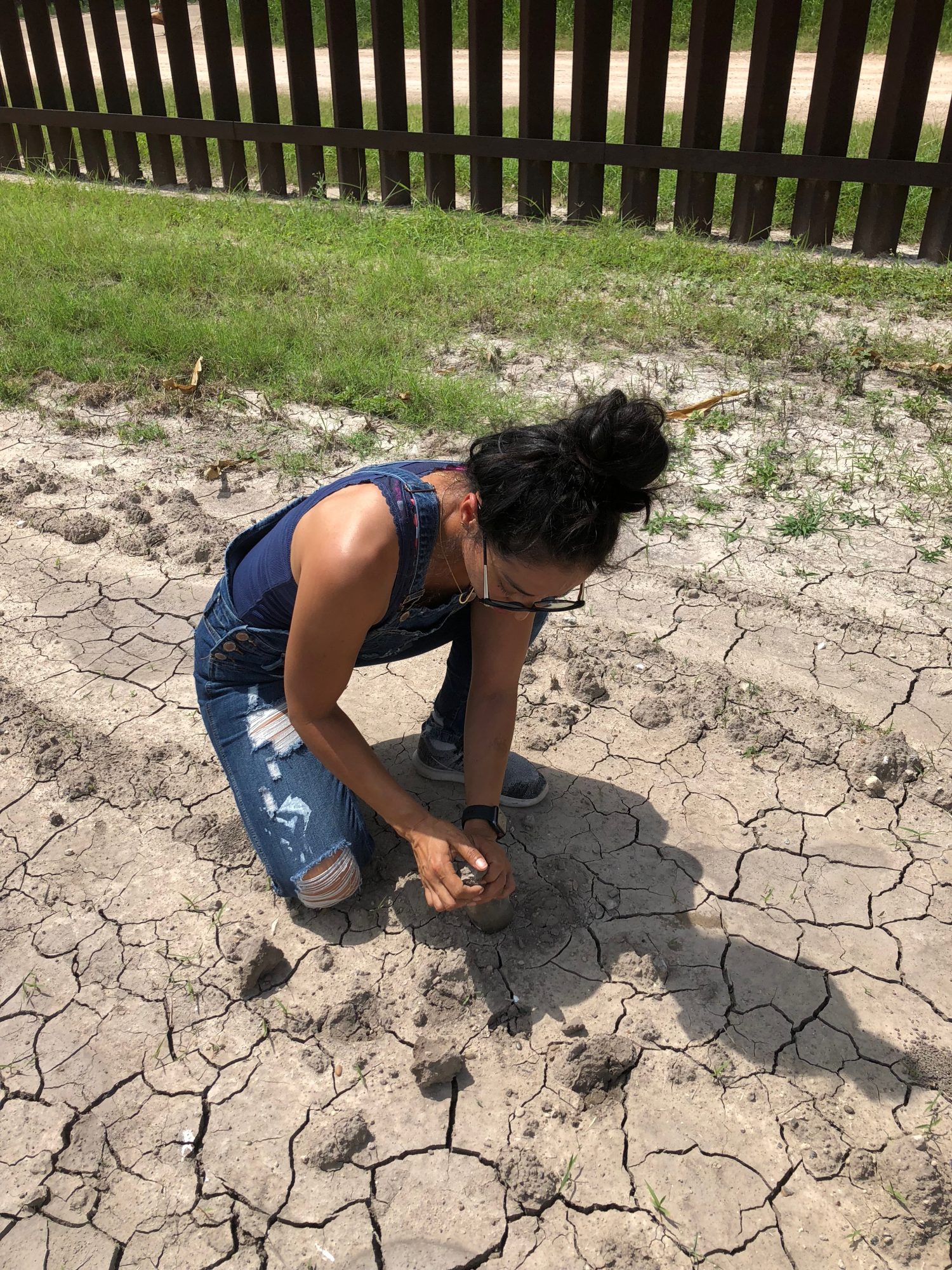 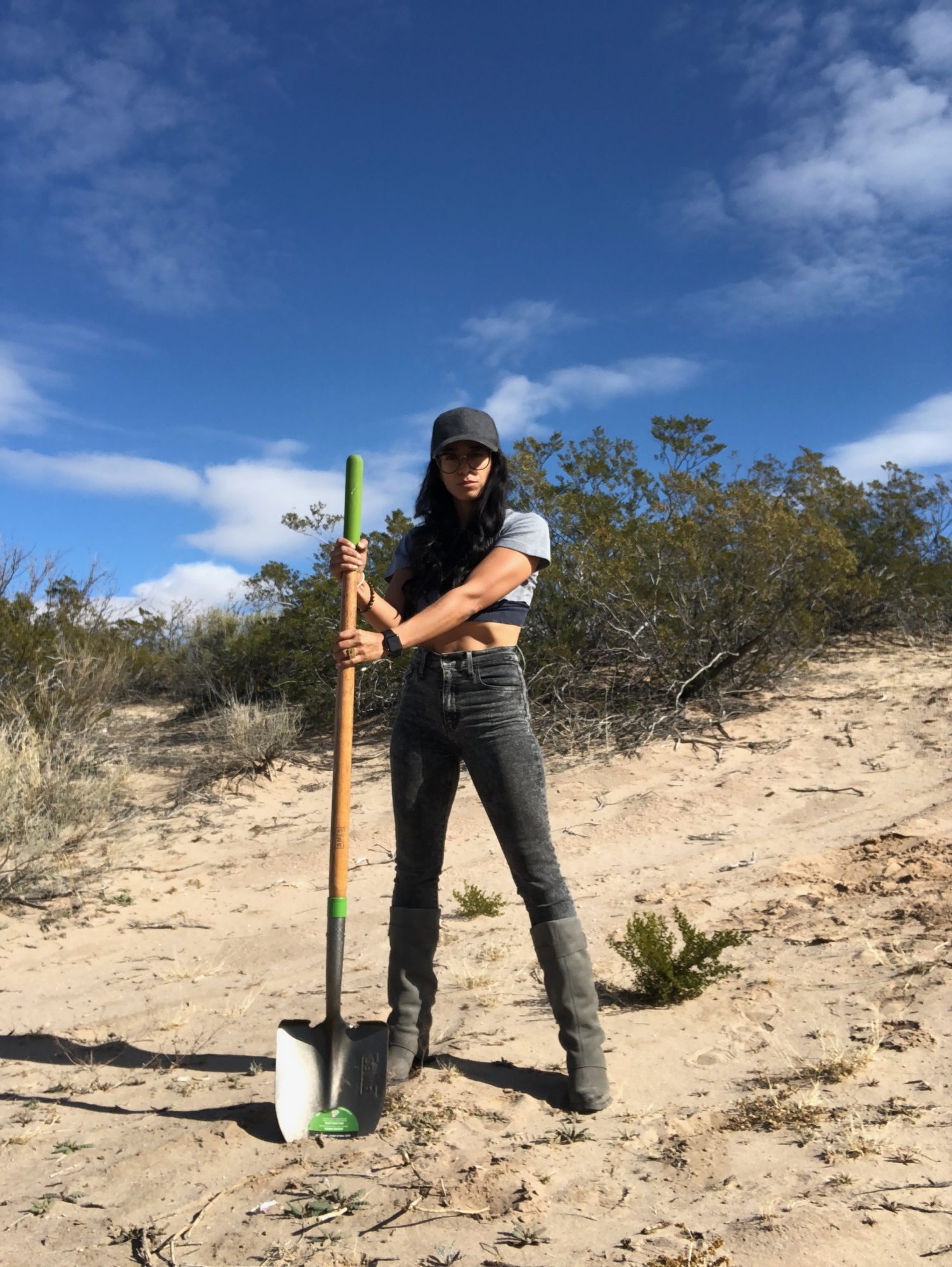