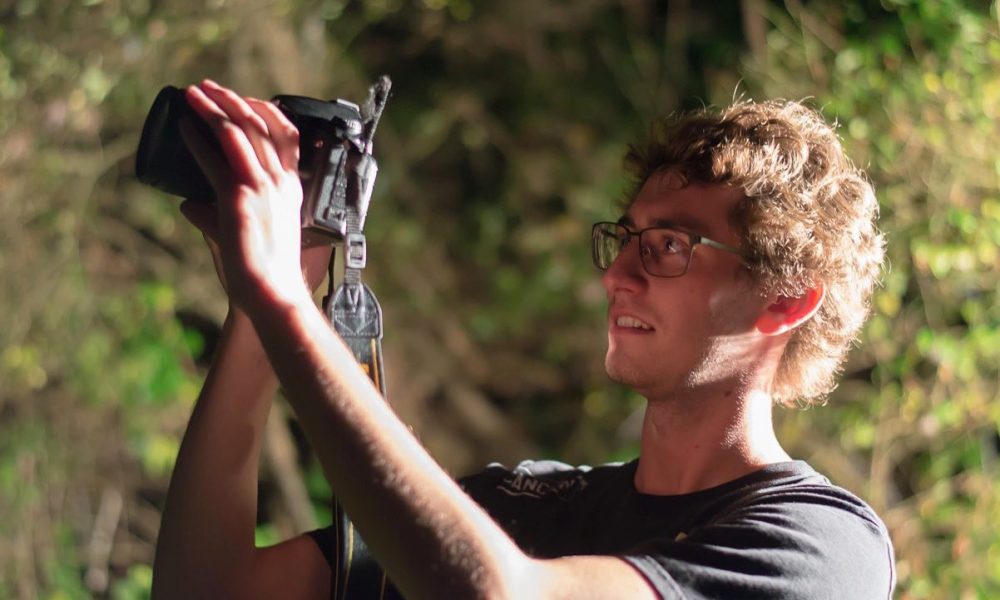 Today we’d like to introduce you to Jack Walterman.

Jack, before we jump into specific questions about your work, why don’t you give us some details about you and your story.
For as long as I can remember, I loved listening to and telling stories. As an elementary school student, I enjoyed how movies brought people together. Because of this, I played around with my parent’s Panasonic Palmcorder that recorded grainy home footage onto little VHS-C tapes. I would gather my friends, write scripts, shoot the scenes, and show them to my friends and family at the end of the day. This went on for years, and as I went through middle school, I began auditioning for the school plays.

Once I got into high school, I signed up for a broadcast media class that taught me basic videography, storyboarding, and editing skills. By senior year of high school, my parents bought me a camcorder of my own since the VHS one had long been worn out from use. My love for film was strong, but growing up in Minnesota, I felt so removed from any possibility of working in the Entertainment industry as a filmmaker. I started participating in theater more seriously because I found it to be just as fulfilling since I was still storytelling. The following year, I put my camera away indefinitely and moved to a small river town, Winona, to pursue a Theatre Arts: Acting/Directing degree from Saint Mary’s University of Minnesota.

While there, I was able to study abroad and perform in both London, England, and at the Gaiety School of Acting in Dublin, Ireland. I directed stage productions and coached competitive speech for neighboring high schools. During the summer, I was a teaching artist at the renowned Guthrie Theater’s Summer Camp Program. Things appeared to be moving well for me in the theater scene, and I was enjoying my growing artistry. It wasn’t until my roommate opened up to me about his dreams of becoming a world-touring performer that I had picked up a camera again.

One night, during our sophomore year of college, my roommate got an overwhelming feeling that he needed to tell someone about his musical aspirations, and that person happened to me. That night he was so nervous. To me he seemed to believe his dreams were unattainable or unreasonable in comparison to where he came from. Out of support for him, I offered to direct, shoot, and edit his music videos. He eagerly agreed, and together we purchased two inexpensive cameras from Walmart with two of our fraternity brothers and shot 18 music videos during our undergrad career. Our schedules were full causing us to film 13 of them in four days at the end of our junior year. What we lacked in budget, I made up for in creativity. I made sure that each video would be unique from the others. We loaded an old piano on the back of our friend’s truck and filmed us performing while moving. After that shoot, we unloaded the piano and carried it to the woods before lighting it on fire for another video. We also shot around the Mississippi River, the Winona bluffs, in the Guthrie Theater, and even in one of our closed college dorm halls that was being renovated at the time. One day we used a few stage lights and shot a three of the music videos back to back in the black box theater on campus.

By our senior year, we were ready to step our game up and decided to re-create Michael Jackson’s iconic “Thriller” music video–zombie backup dancers and all. After finishing the project, I was so proud of the end product that I emailed my theater department faculty and thanked them for all their teachings over the past four years. I brought up how different aspects of theater: directing, stage management, lighting, etc. helped me see this project through from a simple idea to premiere. My adviser Judy Myers called me in for a meeting and encouraged me to consider shadowing a professional set to see if film/tv was something I would like to pursue. In my heart I knew I wanted to be a film director and so that night, instead of looking up ways to shadow or become a production assistant, I researched the top film schools in the country. I knew I wanted to live in Los Angeles but needed a bridge to get there and felt graduate school was my best option. That is when I saw I only had one week until the deadline for the number 1 on the list–the University of Southern California. I knew this was my chance to transition towards something I wanted ever since I was a kid. That week I quickly and thoroughly worked on my application between classes and theater production rehearsals. On top of that, I was also coordinating, MCing, and playing piano in several acts for the 50th anniversary of the Blue Angel musical variety show–which became the largest Fraternity hosted event in the University’s history.

Time, lack of film-craft, and daunting admissions statistics were against me, but I applied anyways–submitting “Thriller”, a personal statement, and a feature psychological-horror film concept. After a few months had gone by, Saint Patrick’s Day arrived along with my admittance letter to USC. Inside it read, “The Cinematic Arts faculty identified you as one of the more talented applicants in this year’s applicant pool.” This affirmation of my filmmaking potential was both exciting and terrifying. I was ecstatic to have the opportunity to move out to Los Angeles and gain an understanding of the craft and business, all while making connections, and figuring out this city I now call home.

Similar to my undergrad experience, I tried to take classes in every department so that I could become a well-rounded director who knows how to communicate with my crew members. Because of this approach to the curriculum, I value my ability to appreciate and understand the work my collaborators do for the film. Using my performance background, I quickly became an actor’s director and took pride in my ability to collaborate so closely with several casts to bring our stories to life. The invitation to attend USC was exactly what I needed and I rose to the challenge.

In the end, any doubt I had in my ability to keep up with my talented cohort faded. I recently graduated from the MFA Film/TV Production Program at USC and look forward to continuing to direct films, music videos, and eventually a television episode or two.

Sain Levrad and I have continued to collaborate, and he has even flown out from Chicago twice to shoot his latest music videos.

We’re always bombarded by how great it is to pursue your passion, etc – but we’ve spoken with enough people to know that it’s not always easy. Overall, would you say things have been easy for you?
I am happy to say that whatever path I chose to take, over the past 24 years of my life, I have been able to see my commitments through to the end. I had a lot of encouragement from my family, friends, and mentors and was able to work through any setback. No matter how big or small the road has been, I believe it has laid out the way it was supposed to and that the toughest terrain is yet to come. I look forward to the challenge and am grateful to continue directing and telling stories.

Please tell us about your work.
I am an independent film and stage director that focuses on the horror genre. In my opinion, I am not a scary individual, but I like to explore what people find frightening through stories. What’s a friendly amusement park without the large, intimidating, roller coaster? Personally, the horror/thriller genre can be an exciting break from reality, where we can be both entertained and learn something new about how different characters cope with terrifying situations in comparison to ourselves. I tend to enjoy characters with heart, fighting against horrifying odds. My understanding and creativity in other genres come through the music videos I direct for artists like Sain Levrad and San Diego native Courtney Govan.

Has luck played a meaningful role in your life and business?
Looking back on my life, I may have always been predestined for a career in the film industry because my love for video production started at a young age. When I was a toddler, I would joyfully proclaim that I was an “ucky (gibberish translation: Lucky) boy.” Over the years, my upbeat, creative spirit allowed me to have no problem working in groups or alone. My interest in Film/TV at a young age taught me to pick up filmmaking traits through observation of media, my high school broadcast media classes, and practice, until I had enough experience to execute projects on my own and apply to film school. My innate enthusiasm for collaborative storytelling and interest in humanity may have been the luck that played a role in my life. If not that, I can say without a doubt it was the people in my life that pointed me towards the Entertainment Industry.

Without the people in my life, I would not be where I am today. Along the way, my family let me explore my interests; while friends entertained, and participated in my film ideas. Others questioned my work or why I would put so much effort into what they saw as a hobby; and mentors who recognized my talents and pointed me in directions that allowed me to dive further into the craft of directing. Positive or negative, many people have been a part of my life, and I am so thankful for the lessons they have taught and the support I have now. I have faith that I am a “ucky boy” to this day and will be able to continue to tell stories that entertain, educate, and inspire audiences everywhere. 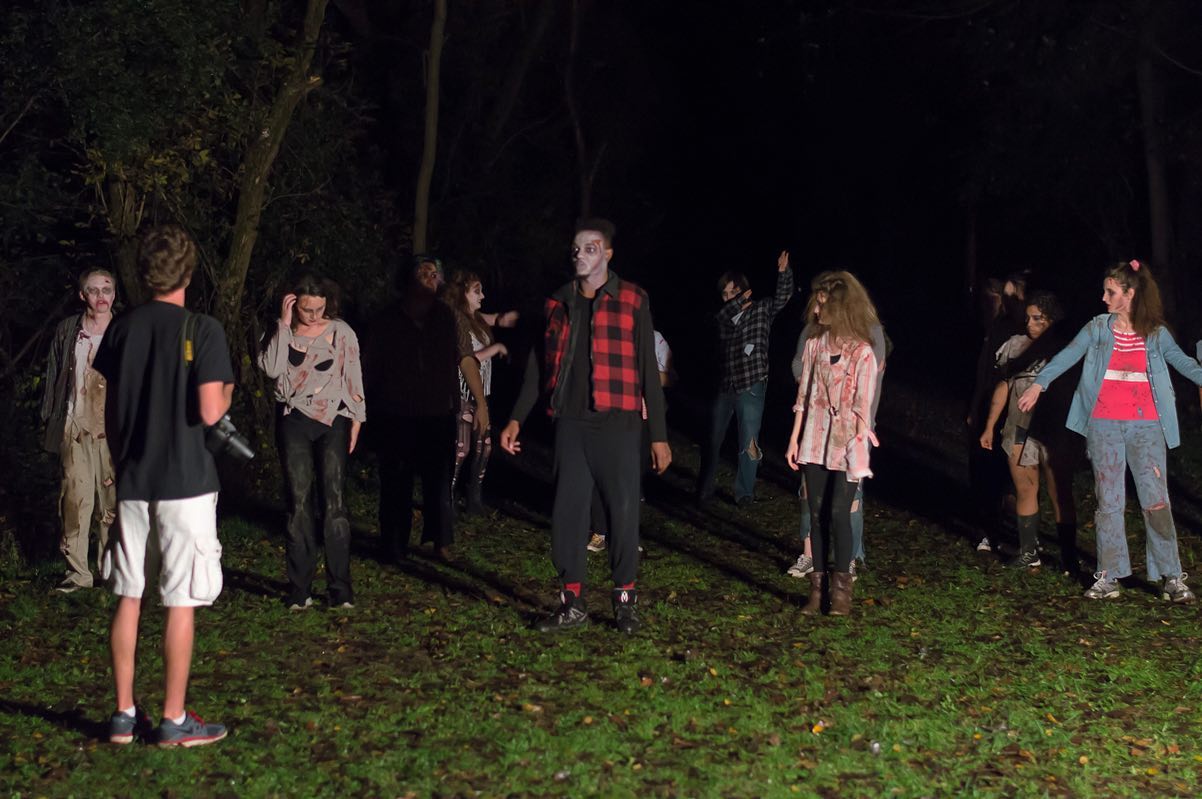 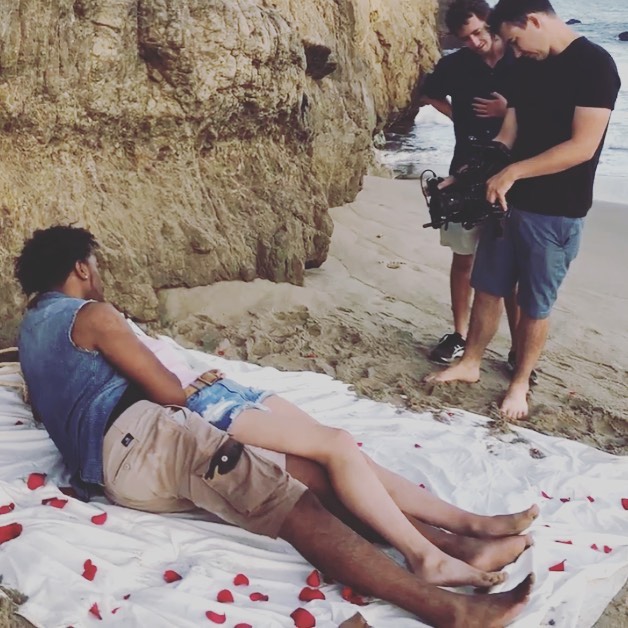 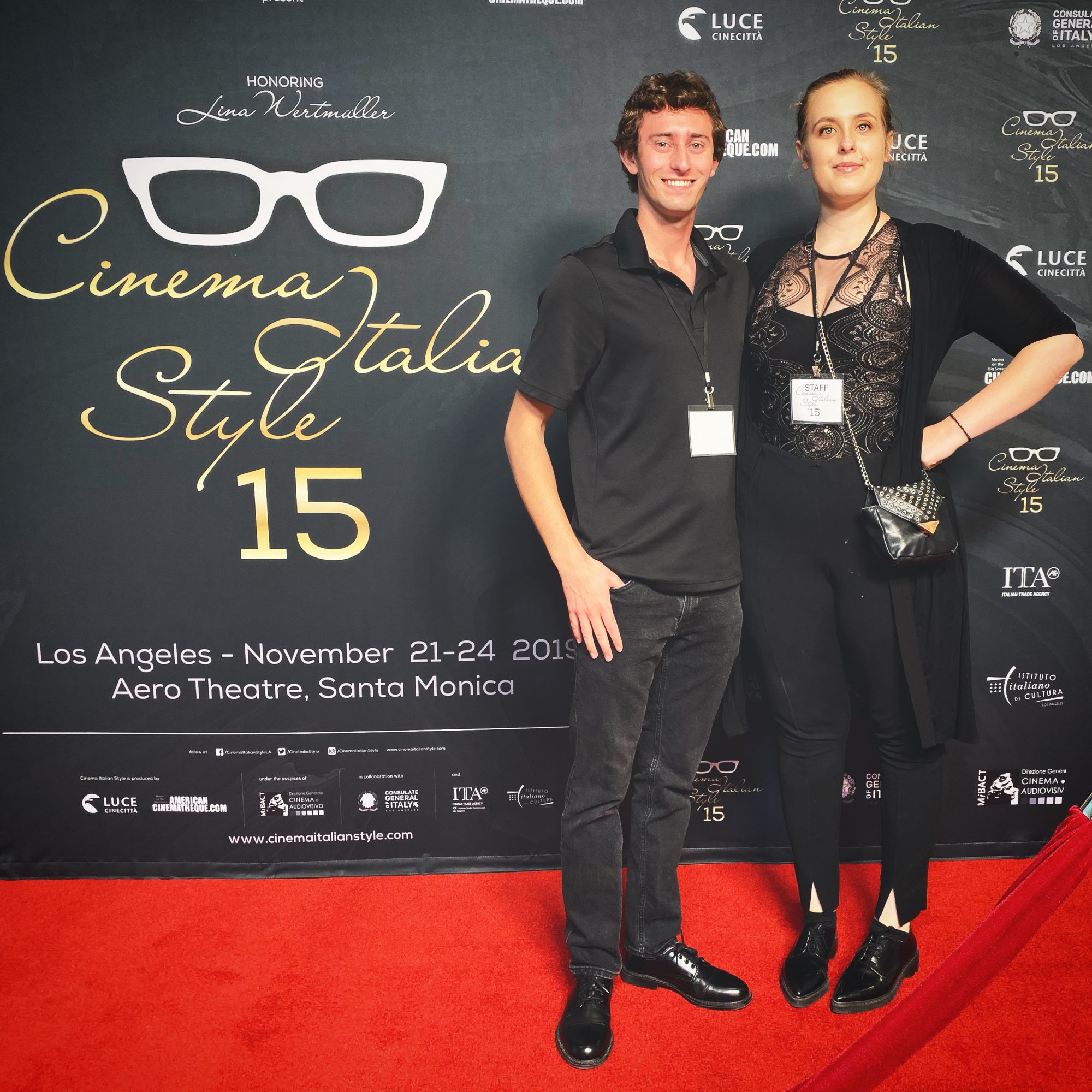 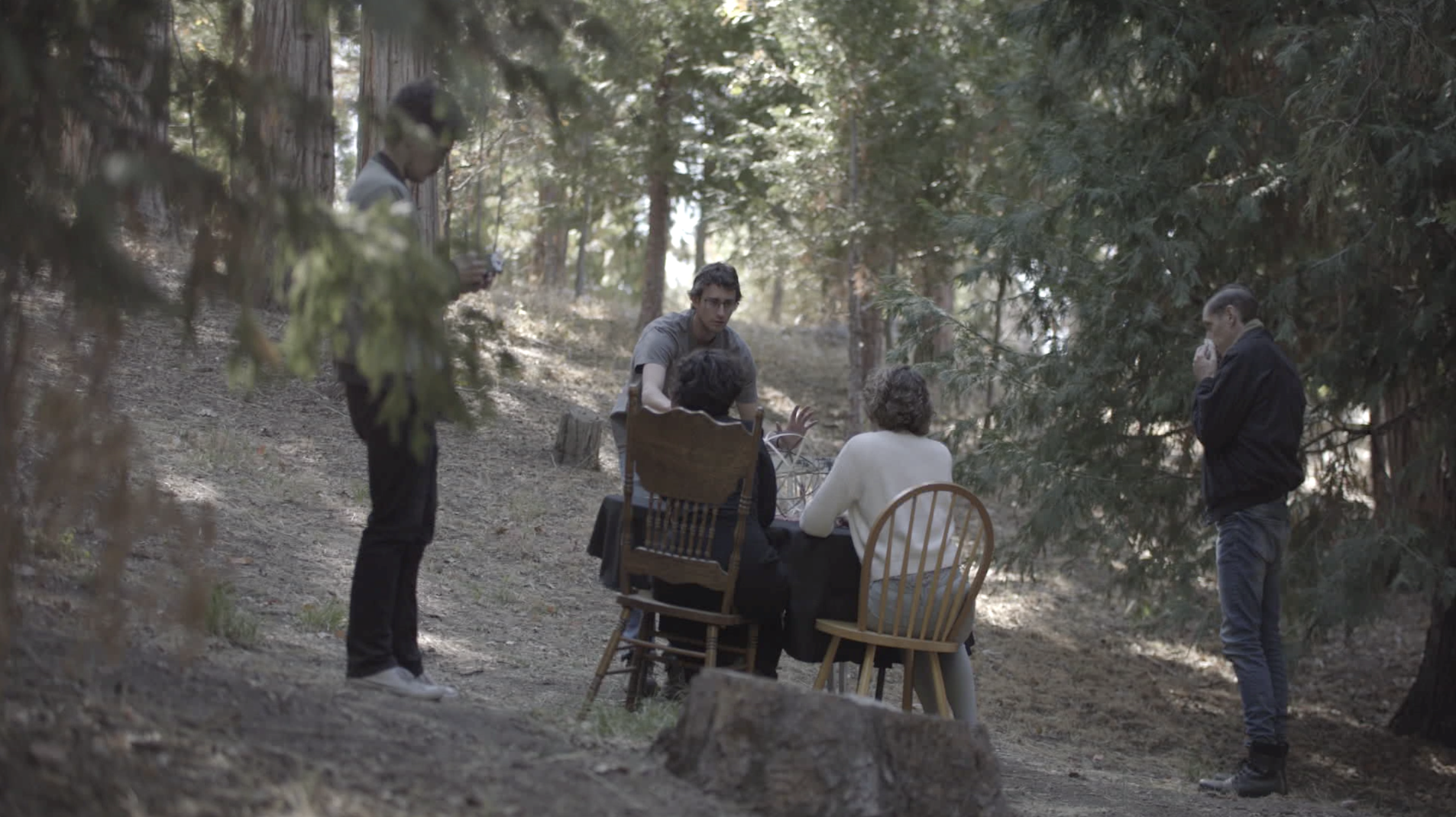 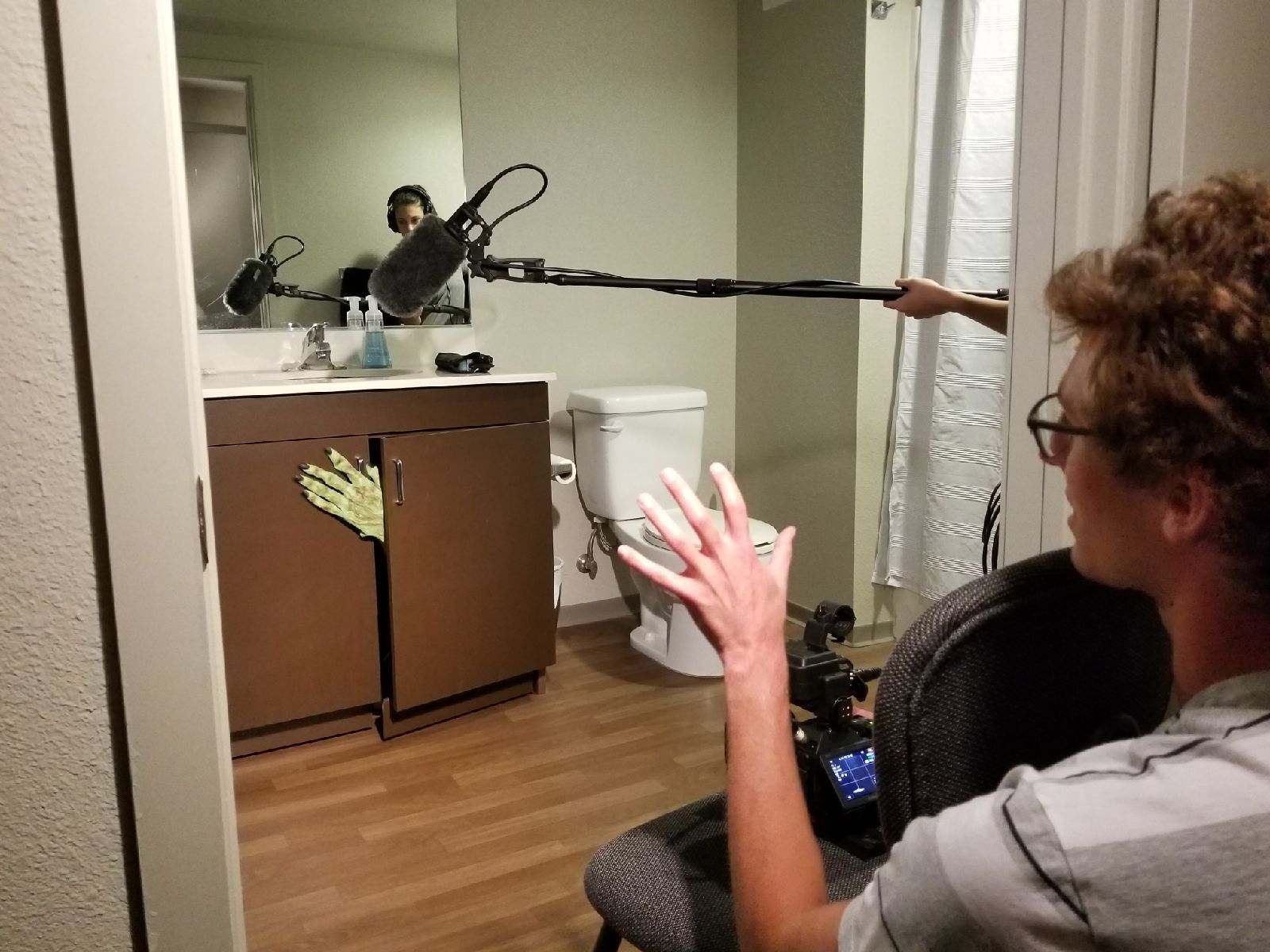 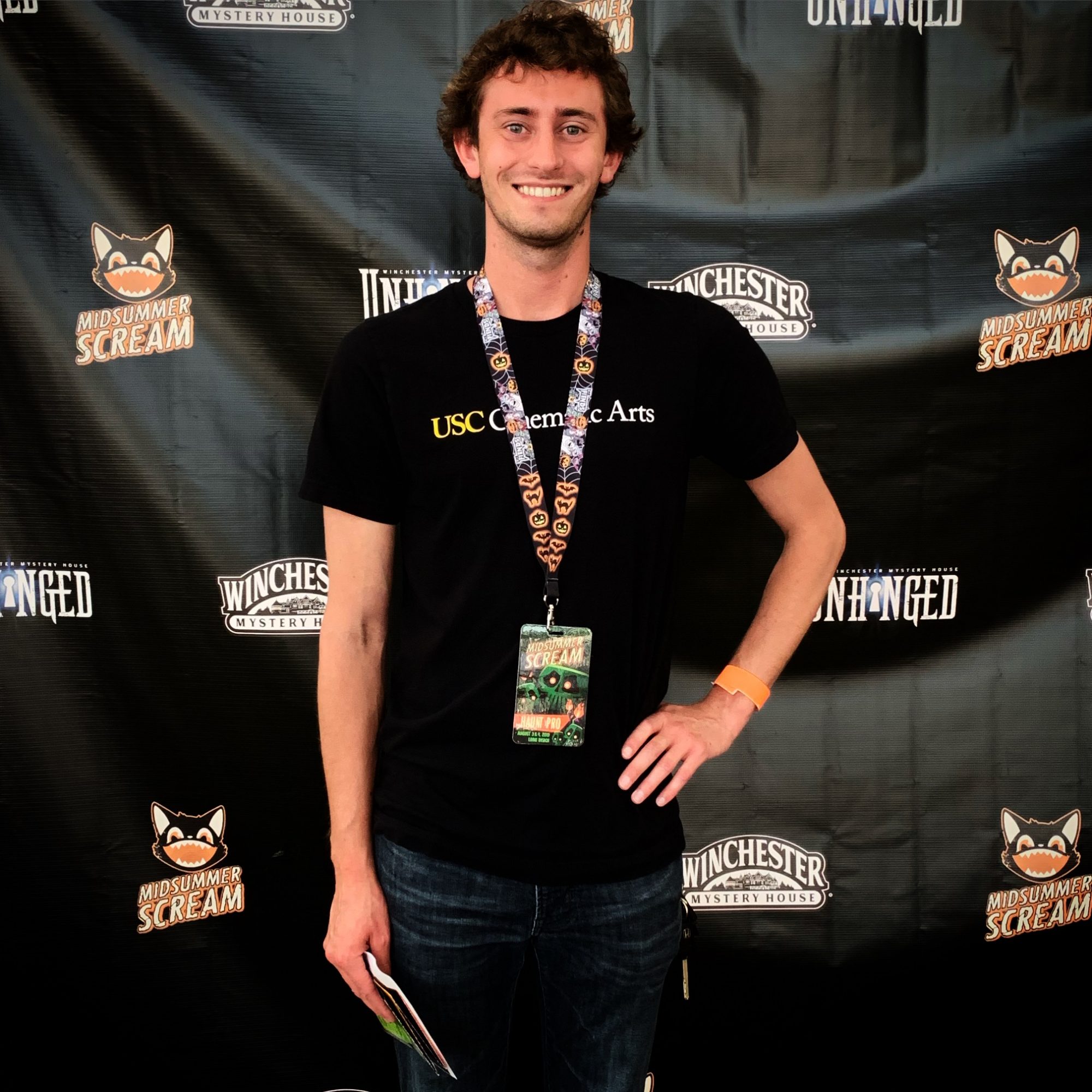 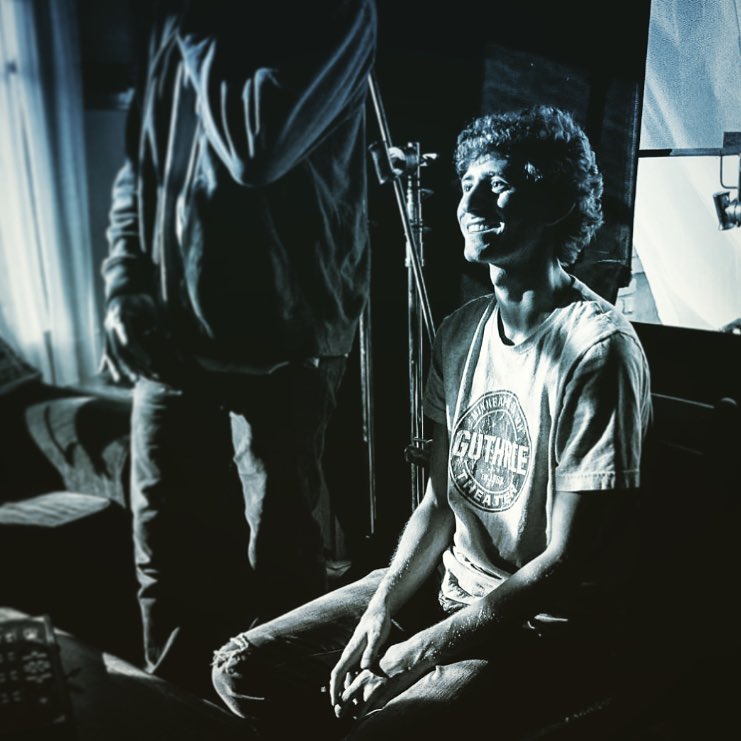 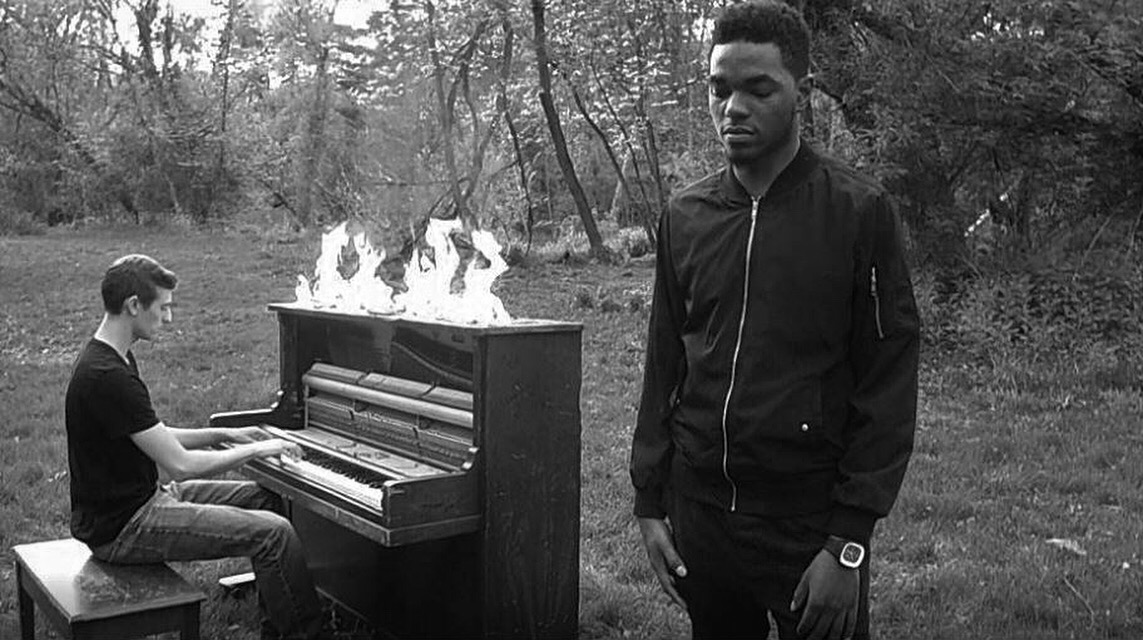